Robert Cornelius (1809 – 1893) was an American pioneer of photography and a lamp manufacturer.

Cornelius attended private school as a youth, taking a particular interest in chemistry. In 1831, he began working for his father, specializing in silver plating and metal polishing. He became so well renowned for his work that shortly after the daguerrotype was invented, Cornelius was approached by Joseph Saxton to create a silver plate for his daguerreotype of Central High School in Philadelphia. It was this meeting that sparked Cornelius’s interest in photography.

With his own knowledge of chemistry and metallurgy, as well as the help of chemist Paul Beck Goddard, Cornelius attempted to perfect the daguerreotype. Around October 1839, at age thirty, Cornelius took a self-portrait outside of the family store. The daguerreotype produced is an off-center portrait of a man with crossed arms and tousled hair. While Daguerre’s photograph of the Boulevard du Temple, taken one year earlier, has since been discovered to incidentally include two human figures on the sidewalk (they just happened to stay motionless long enough to imprint on the exposure), Cornelius’ image – which required him to sit motionless for 10 to 15 minutes – is the oldest known intentional photographic portrait/self-portrait of a human.

Cornelius would operate two of the earliest photographic studios in the U.S. between 1841 and 1843, but as the popularity of photography grew and more photographers opened studios, Cornelius either lost interest or realized that he could make more money at the family gas and lighting company. 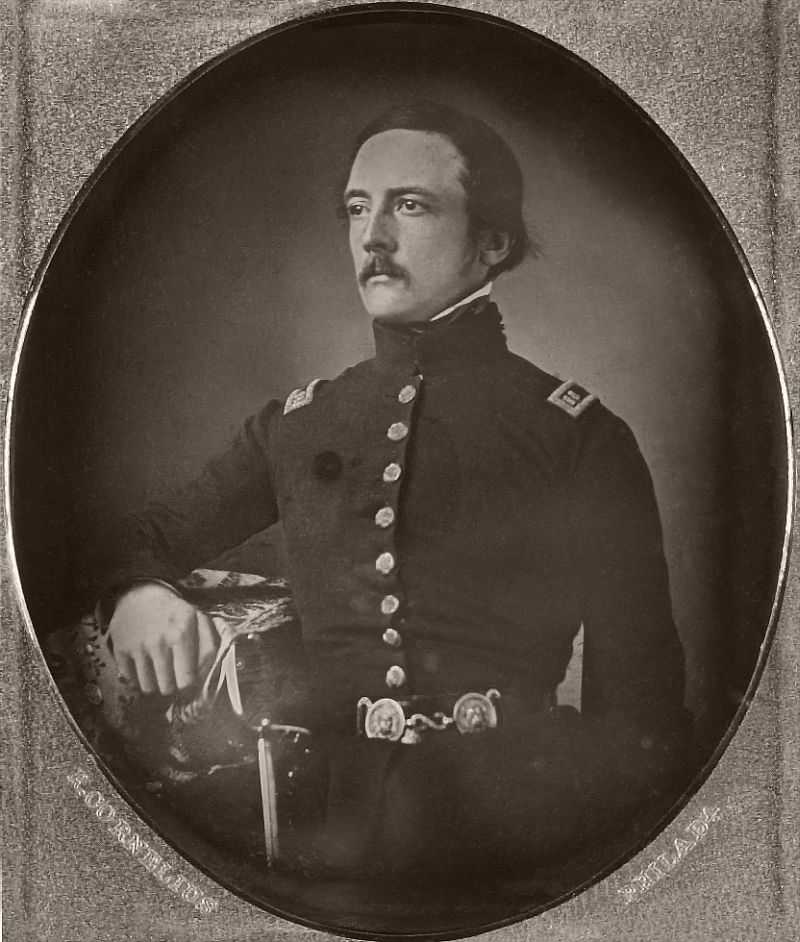 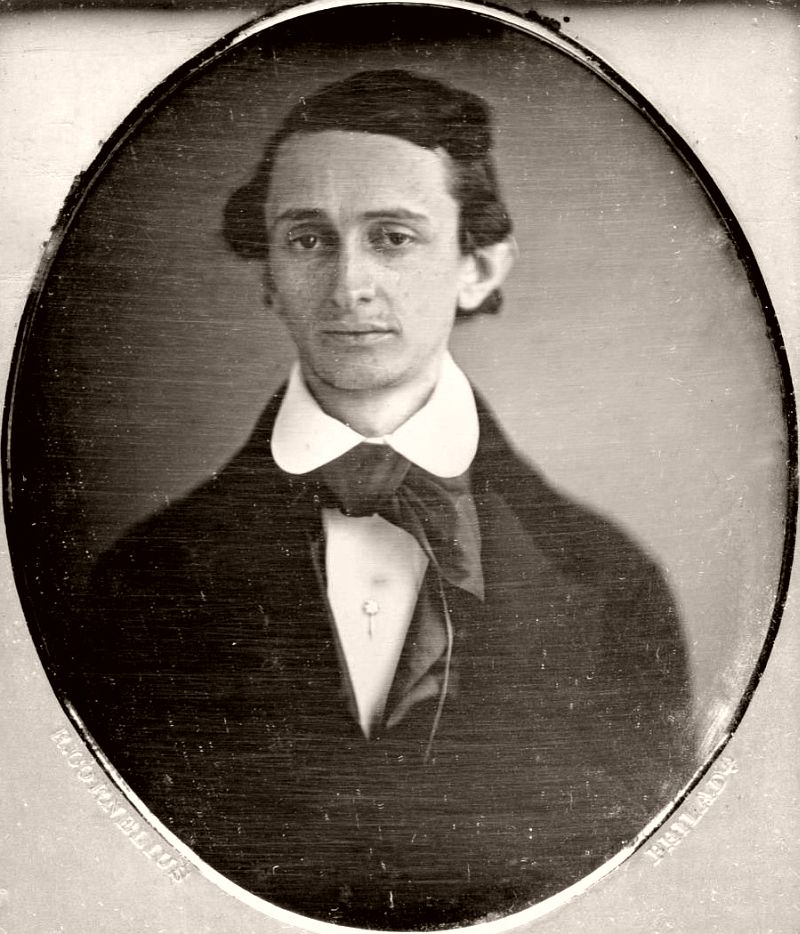 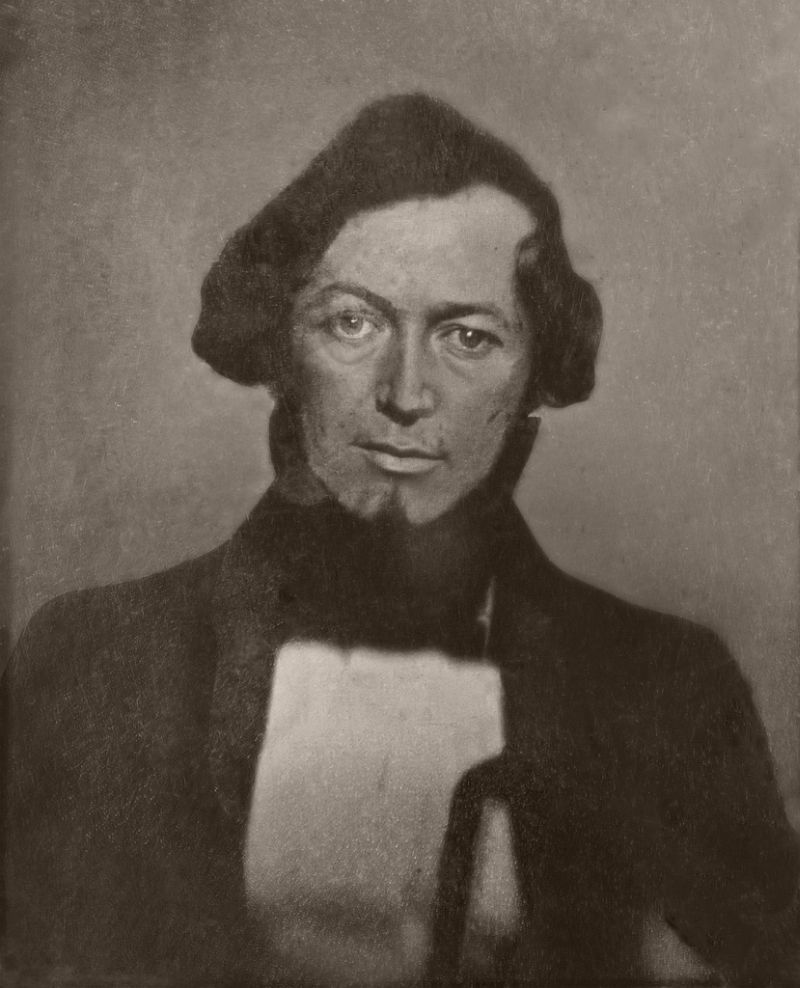 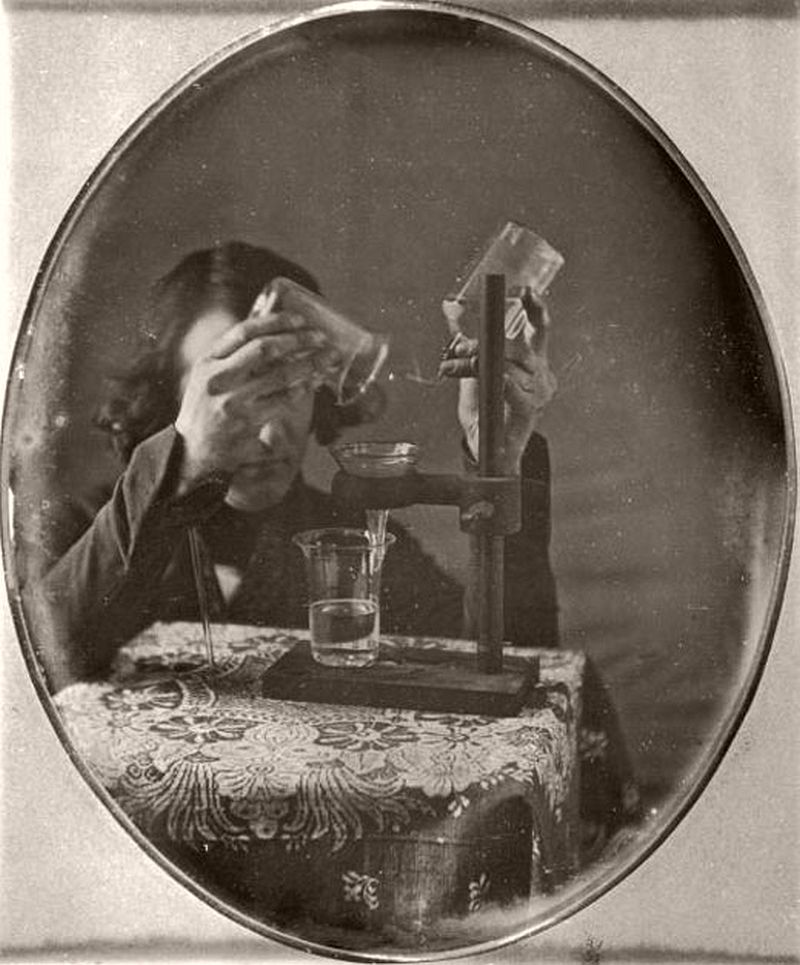 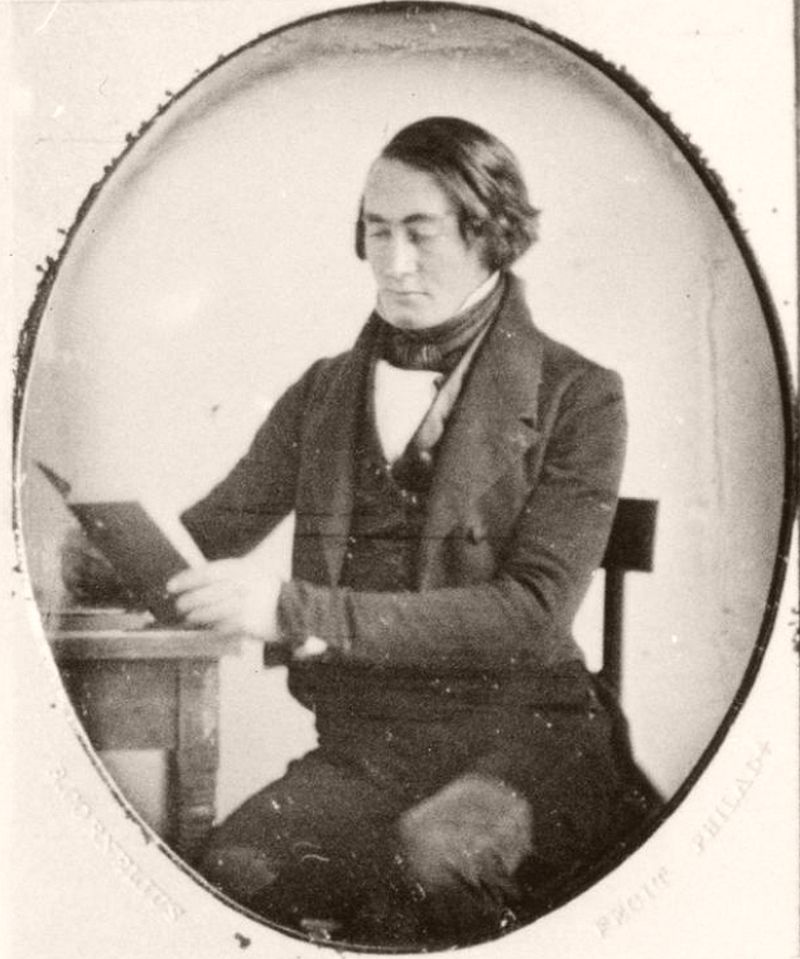 A portrait of Martin Hans Boyè, a Danish-American chemist who emigrated to the United States in 1836 from Denmark. He discovered a process of cottonseed oil refining, 1883. Photo by Robert Cornelius