Pentti Sammallahti’s Birds is the artist’s fourth solo exhibition at Nailya Alexander Gallery, and the first to focus exclusively on one of his most consistent and compelling subjects: birds. Despite his frequent attention to dogs, cats, and other animals during his many travels, Sammallahti’s work finds its true apotheosis in birds. Residents of the land, sea, and sky, birds find their way into the artist’s field of vision no matter what continent or country he explores. In some photographs, they fill the frame as a flock, alighting from a tree or field, their speed and restlessness mirroring the artist’s own itinerant spirit; in others, one or two stands alone, sanctifying the spot with its quiet presence and its choice to break flight. In many photographs, the small shape of a bird is the anchor that unifies the entire composition, holding its own beneath a staggering sky, or bringing delicate balance to a jumble of branches or power lines.

In a 2012 review for The Guardian, writer Sean O’Hagan notes that Sammallahti “captures humans and animals in worlds of their own, lost in reverie: dogs chase birds, birds cautiously approach humans or circle above them…But what is most palpable is the silence of the surroundings. Looking at the photograph, you feel on the threshold of another, more mysterious world that is indeed here and far away.”

Born in 1950 in Helsinki, Finland, Sammallahti joined the Helsinki Camera Club in 1964 and held his first solo exhibition in 1971. His work can be found in the collections of the Victoria & Albert Museum, London; the Museum of Fine Arts, Houston; the J. Paul Getty Museum, LA; the Bibliothèque Nationale, Paris; the Stedilijk Museum, Amsterdam; the Moderna Museet, Stockholm; and the Finnish State Collections and the Photographic Museum of Finland, among others. In 2004, Henri Cartier-Bresson ranked Sammallahti among his 100 favorite photographers during the inaugural exhibition at the Foundation Henri Cartier-Bresson in Paris. His first major retrospective monograph, Here Far Away (Dewi Lewis, 2012), was published in six languages. 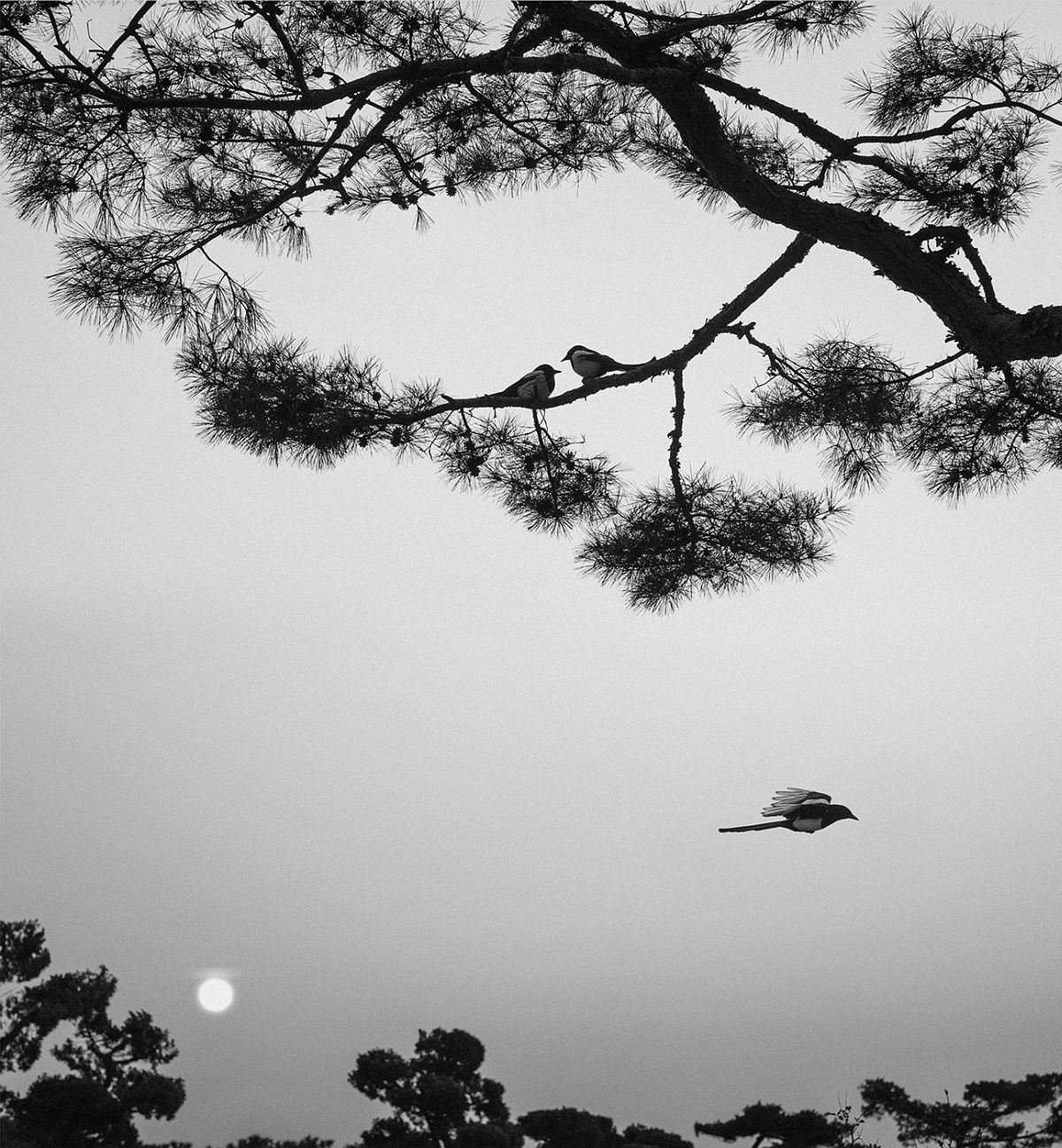 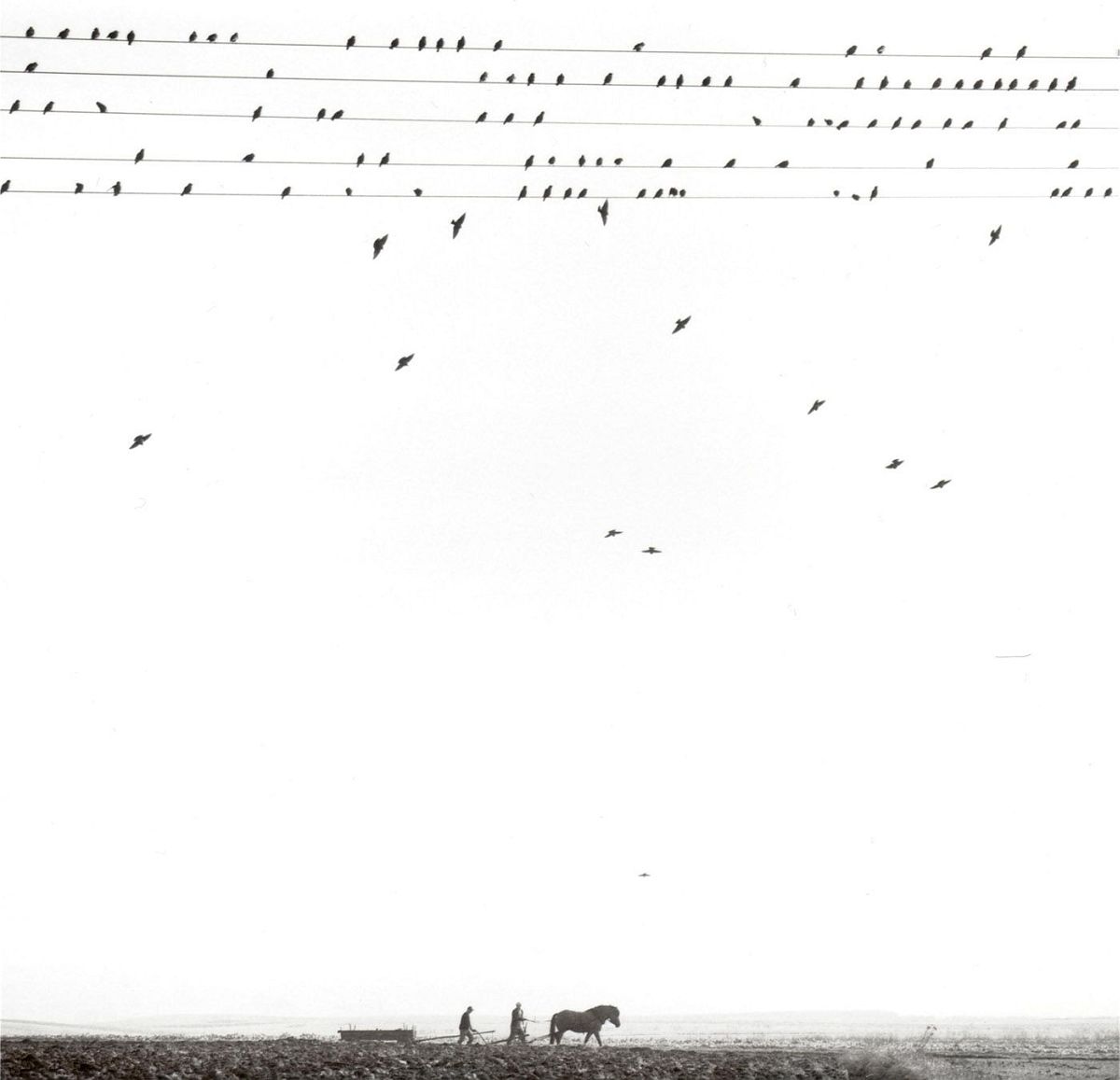 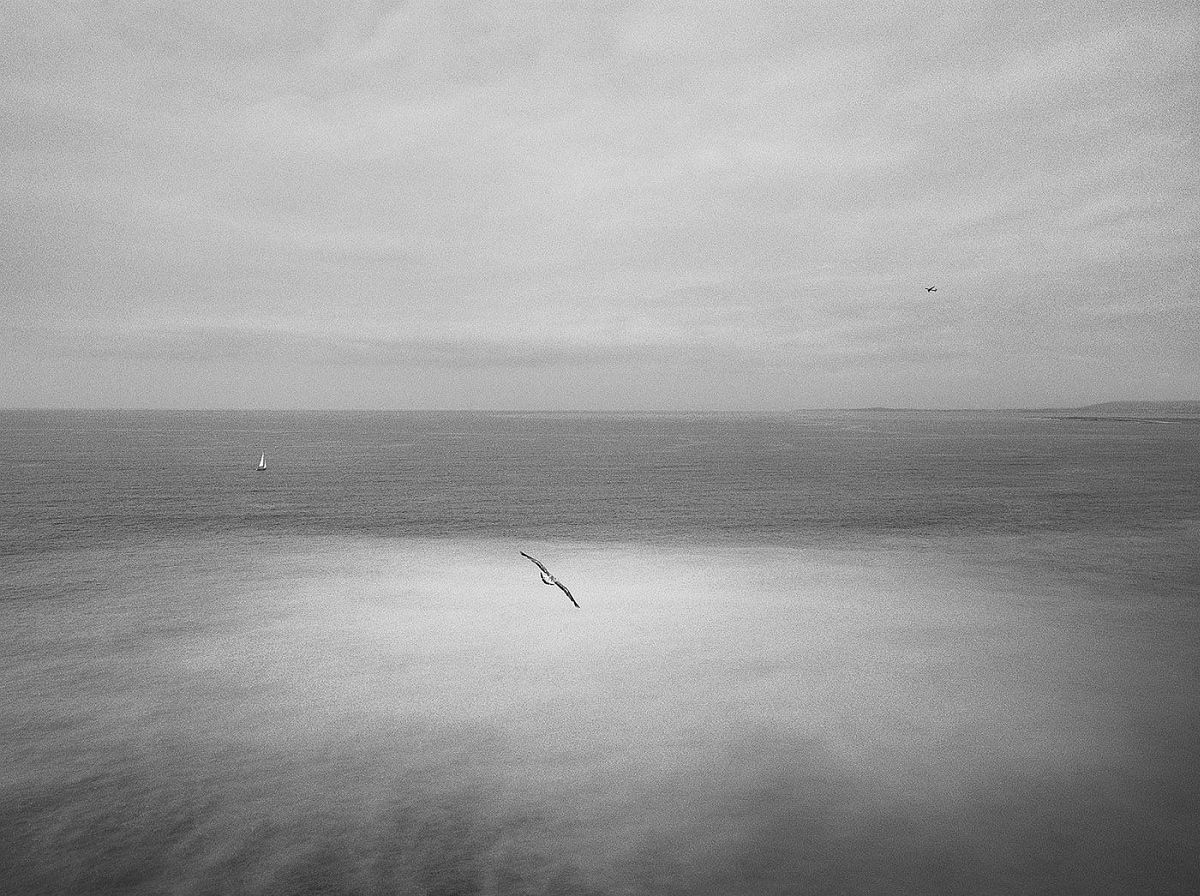 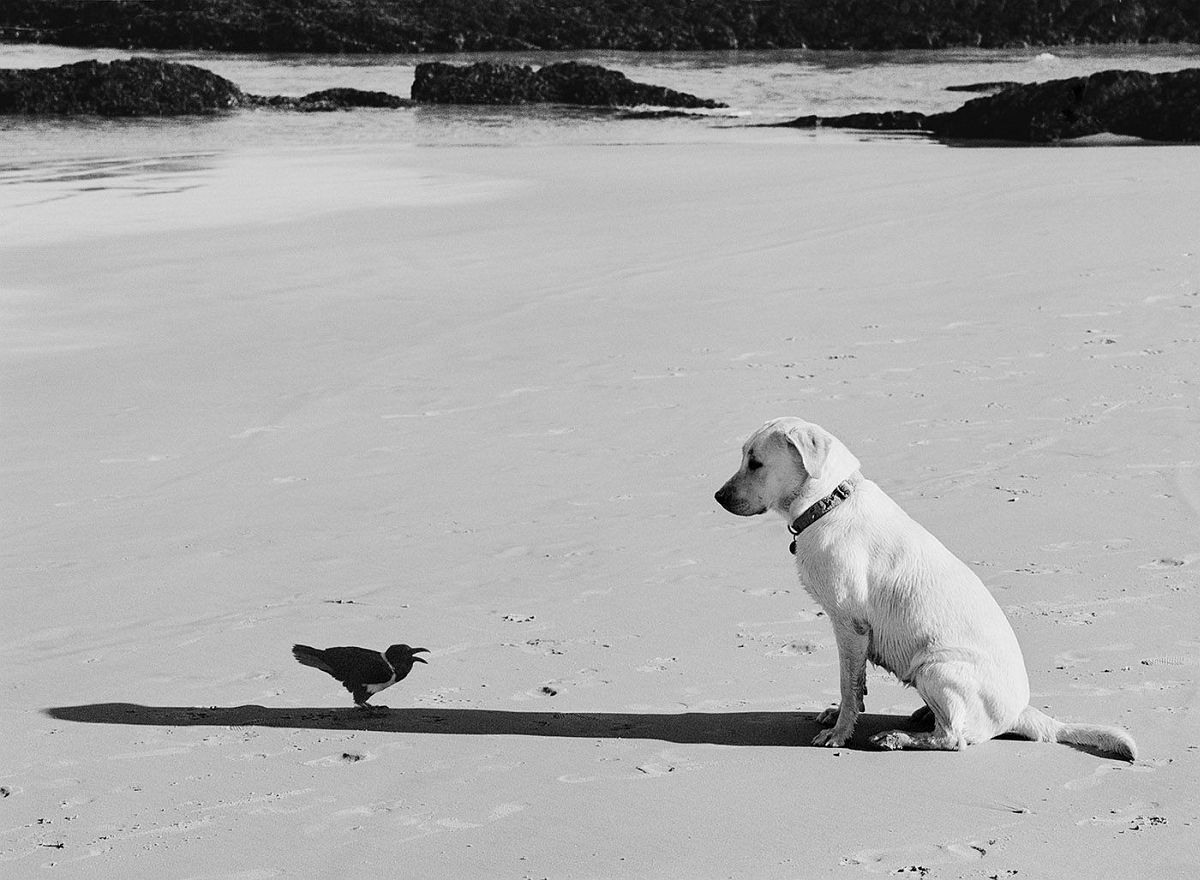 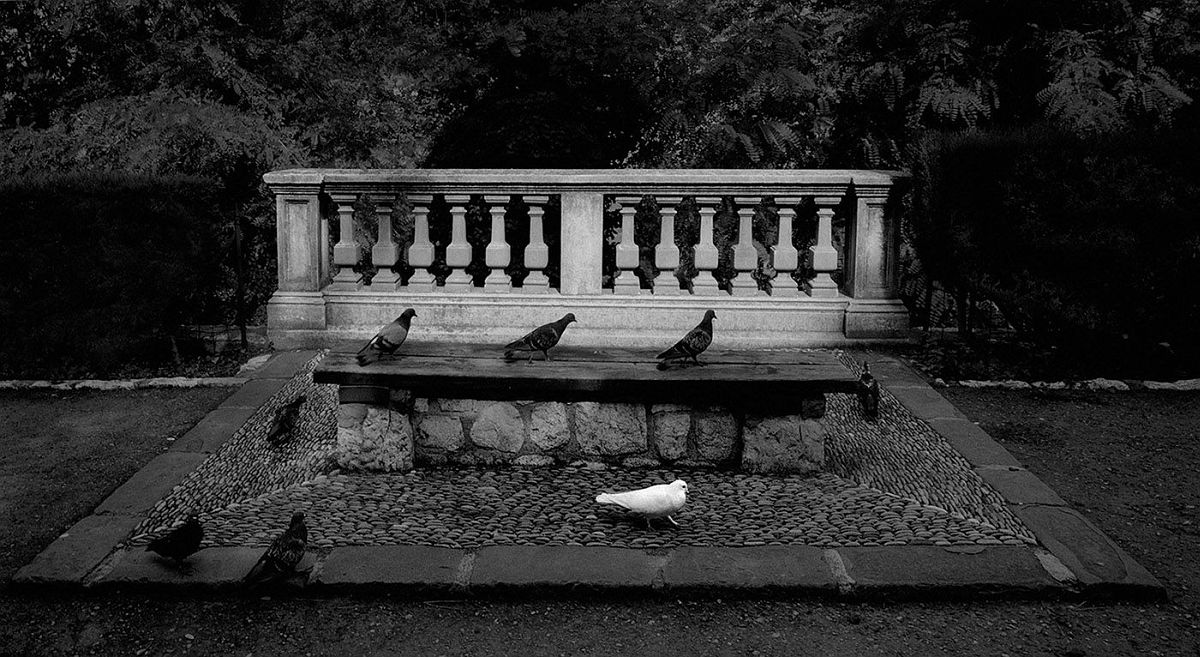 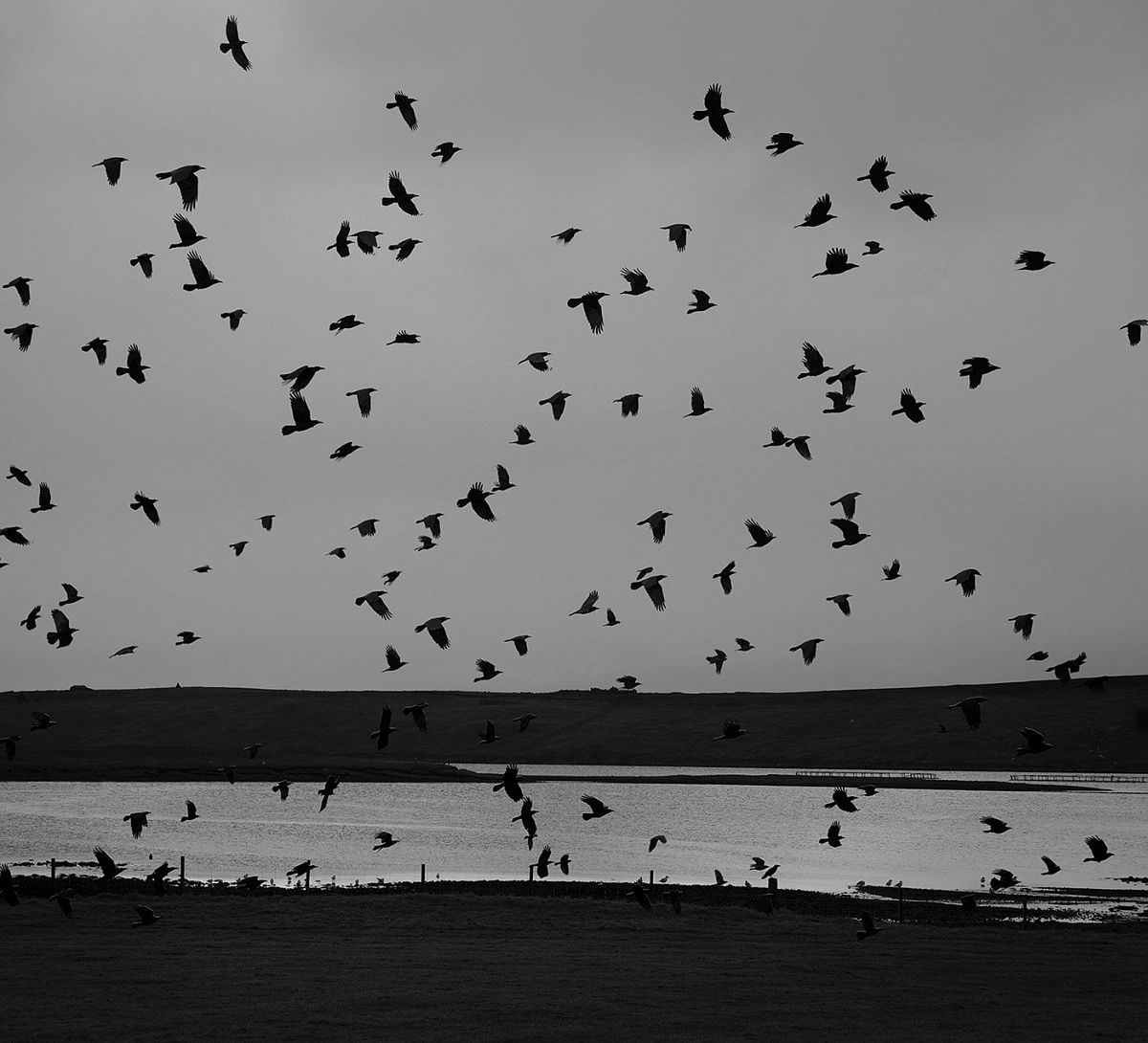 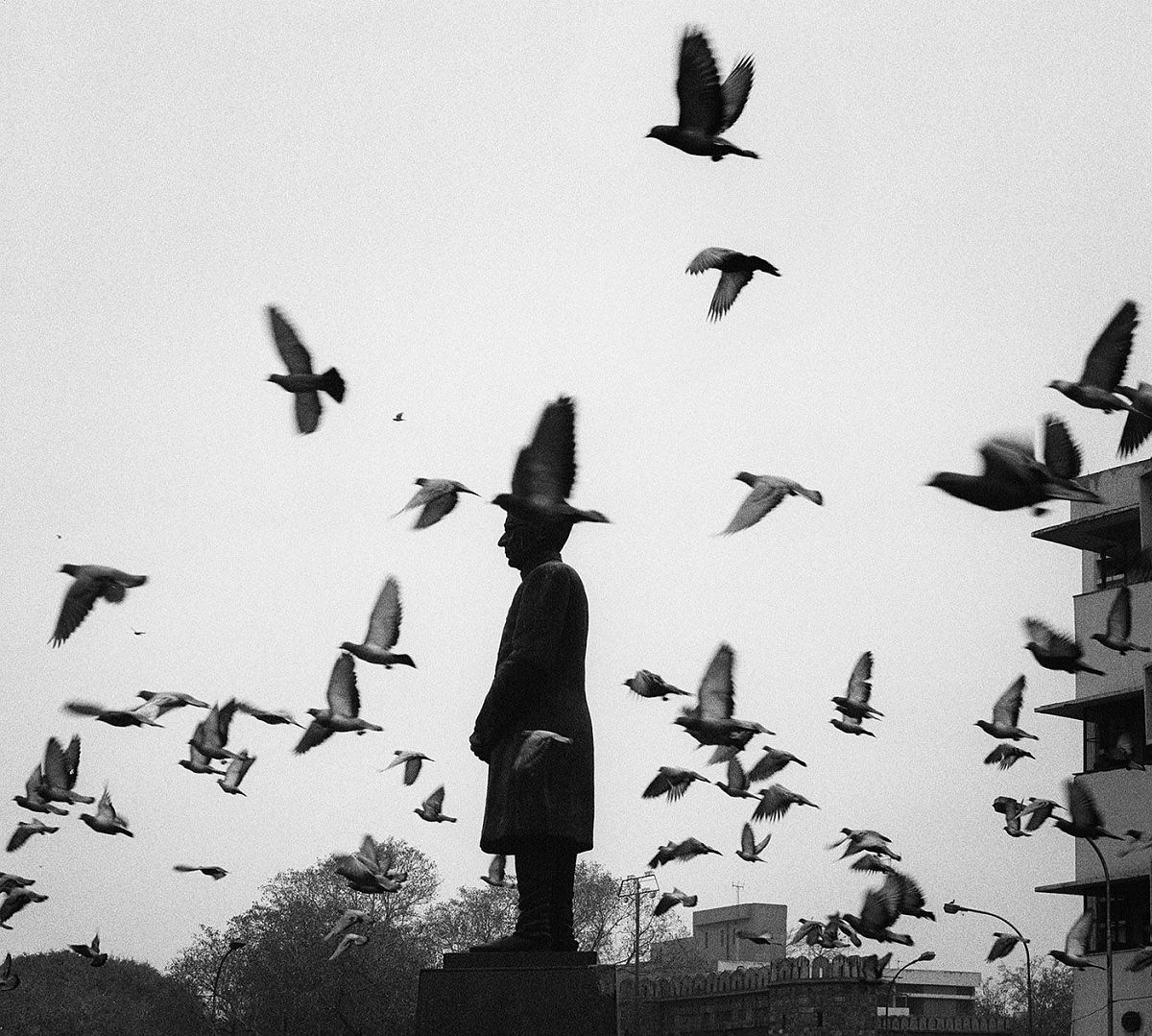