Johann Pucher (1814-1864) was a Slovene photographer who invented an unusual process for making photographs on glass.

As a schoolchild, Pucher was interested in art, languages, and the natural sciences, especially chemistry and physics. He wanted to study art, but obeyed his mother’s wish and became a Catholic priest. However, he continued to experiment in photography, art, and music. When the French Academy of Sciences announced the invention of the daguerreotype on 19 August 1839, Pucher quickly mastered the process, but it was too expensive, so he developed his own way of making photographs. On 19 April 1842, he invented a photographic process on glass that he called the hyalotype, or “svetlopis” in Slovene. His photos are also called puharotypes, in his honor. The first report about his invention was published in the newspaper Carniolia in 1841.

According to Pucher’s records of his photographic process, he coated a small glass plate with a layer of light-sensitive sulfur, exposed it to iodine vapors, and inserted the prepared plate into a camera. He then poured mercury into a metal container, placed the mercury at the bottom of the camera, and heated it from below. He exposed the prepared plate to light for 15 seconds, and mercury vapors coated the exposed places on the picture. Pucher strengthened the picture with bromine steam and fixed it by wrapping it with alcohol. Finally, he preserved the photo with varnish. The advantages of Pucher’s procedure included a shorter exposure time (15 seconds, which allowed him to make portraits), a positive image, and the possibility of reproduction.

Pucher was not the first to try to create photos on glass: A Frenchman, Abel Niépce de Saint-Victor, reported his own invention to the French Academy of Sciences in 1847. It was not until January 1851 that the Austrian Academy of Sciences published a report on Pucher’s method.

He became sick from the harmful substances used in his experiments and died at the age of 49. 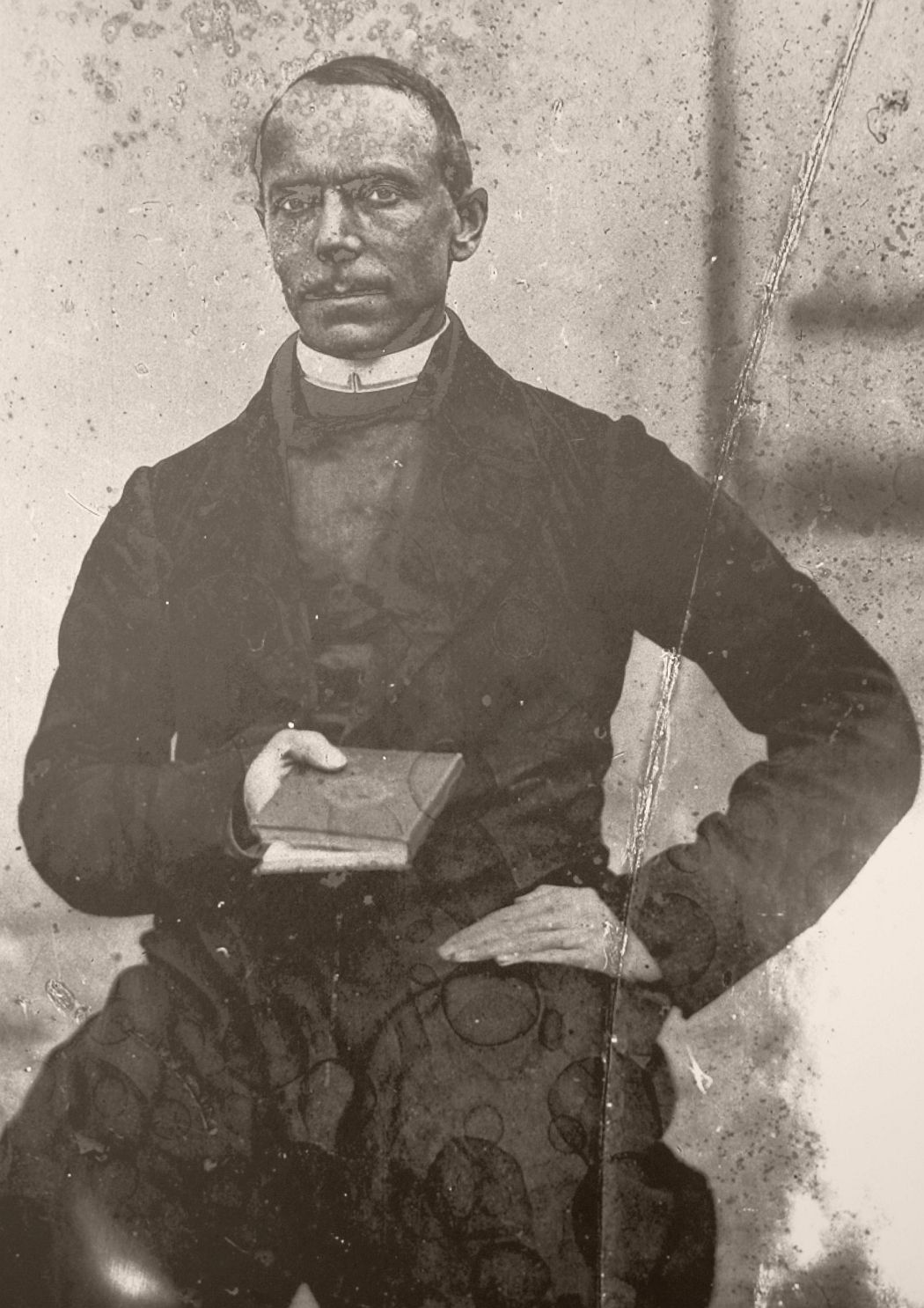 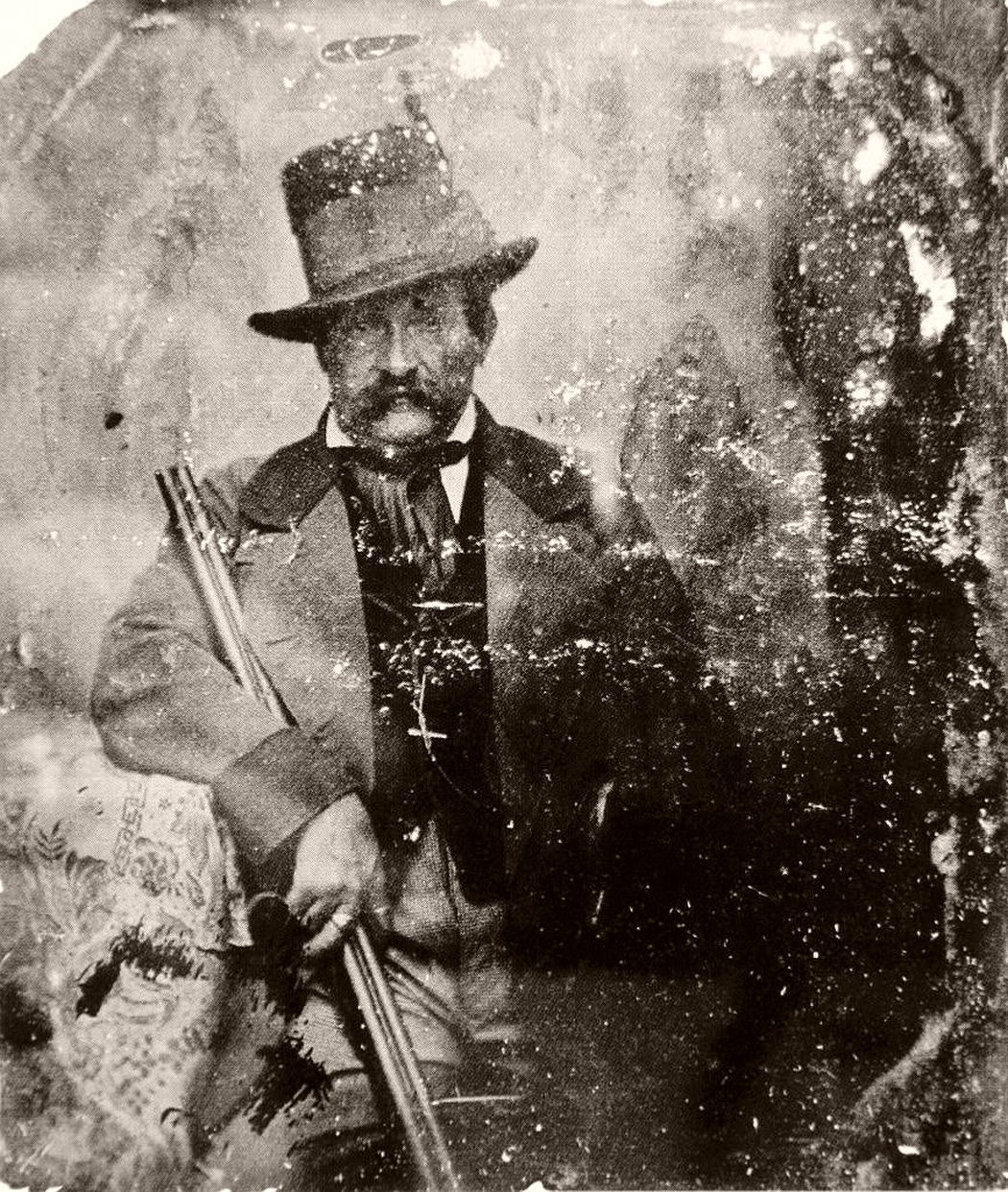 A portrait of a man” (his brother-in-law) hyalotype, 1855. Photo by Johann Pucher 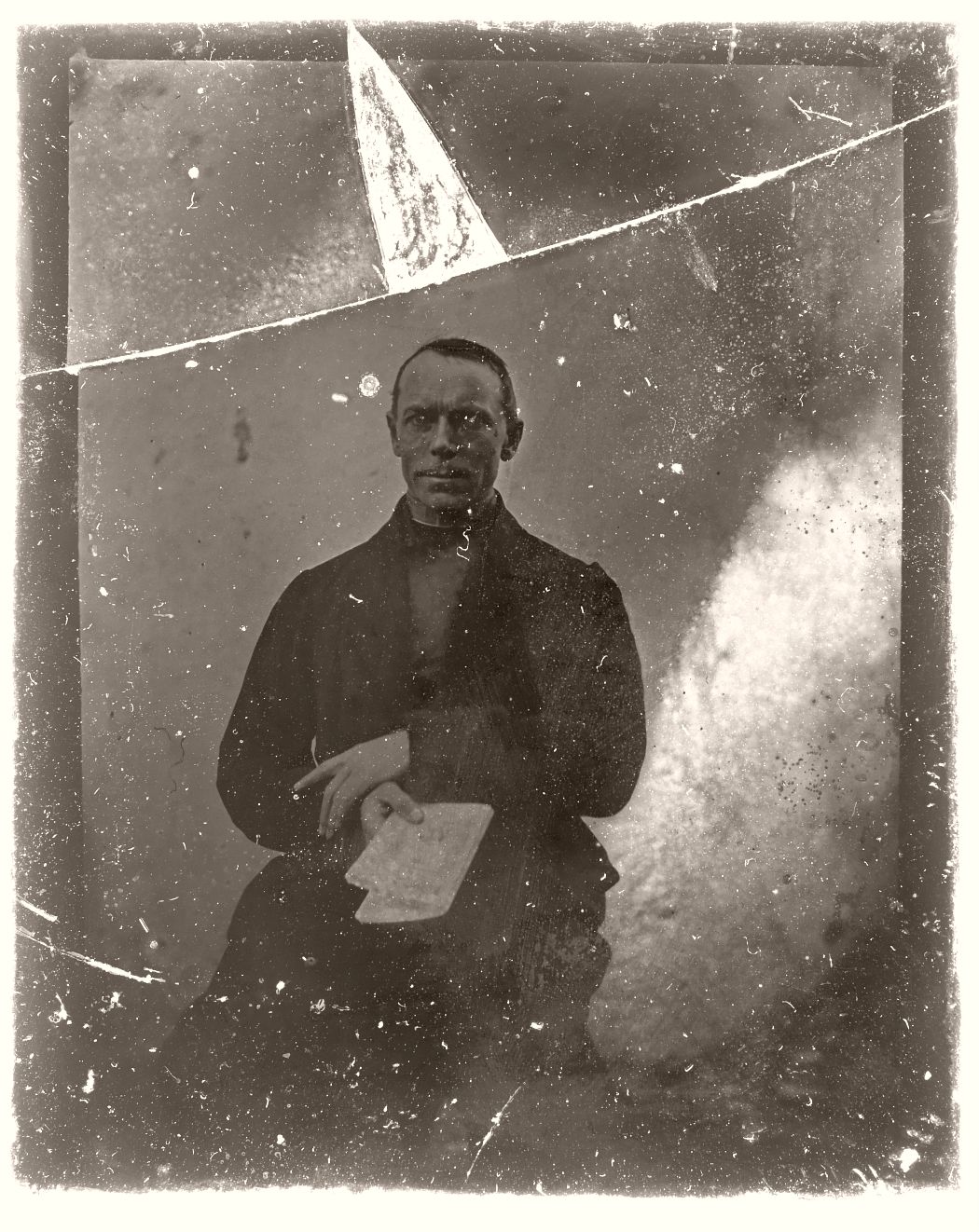