For nearly a decade, photographer Isa Leshko traveled to farm sanctuaries across the United States to create intimate portraits of elderly rescued farm animals. She began the project soon after caring for her mother, who had Alzheimer’s disease. Leshko writes: “The experience had a profound effect on me and forced me to confront my own mortality. I am terrified of growing old and I started photographing geriatric animals in order to take an unflinching look at this fear.”

Leshko approached each portrait as an opportunity to reveal the animal’s unique personality. Prior to taking a single photograph, she spent hours to days with each animal in their environment—often on the ground, in the dirt—until they felt comfortable with her presence. She worked with natural light and minimal gear in order to be as unobtrusive as possible. Observing how these animals endured the physical struggles of growing old with stoicism and grace, Leshko was reminded that old age is a luxury, not a curse.

After meeting these rescued animals and hearing their stories, the artist felt compelled to advocate for them. Through her photographs she urges viewers to consider these farm animals as we do companion animals—as sentient beings who are able to think and feel, form bonds, and express their own likes and dislikes. Leshko states: “Nearly all of the farm animals I met for this project endured horrific abuse and neglect prior to their rescue. Yet it is a massive understatement to say that they are the lucky ones. Roughly fifty billion land animals are factory farmed globally each year. It is nothing short of a miracle to be in the presence of a farm animal who has managed to reach old age. Most of their kin die before they are six months old. By depicting the beauty and dignity of elderly farm animals, I invite reflection upon what is lost when these animals are not allowed to grow old.”

Isa Leshko is an artist whose work examines themes relating to animal rights, aging, and mortality. She has received fellowships from the Bogliasco Foundation, the Culture & Animals Foundation, the Houston Center for Photography, the Millay Colony for the Arts, and the Silver Eye Center for Photography. She has exhibited her work widely in the United States, and her prints are in numerous private and public collections including the Boston Public Library, Massachusetts; Fidelity Investments, Boston, Massachusetts; the Harry Ransom Center, Austin, Texas; and the Museum of Fine Arts, Houston, Texas. 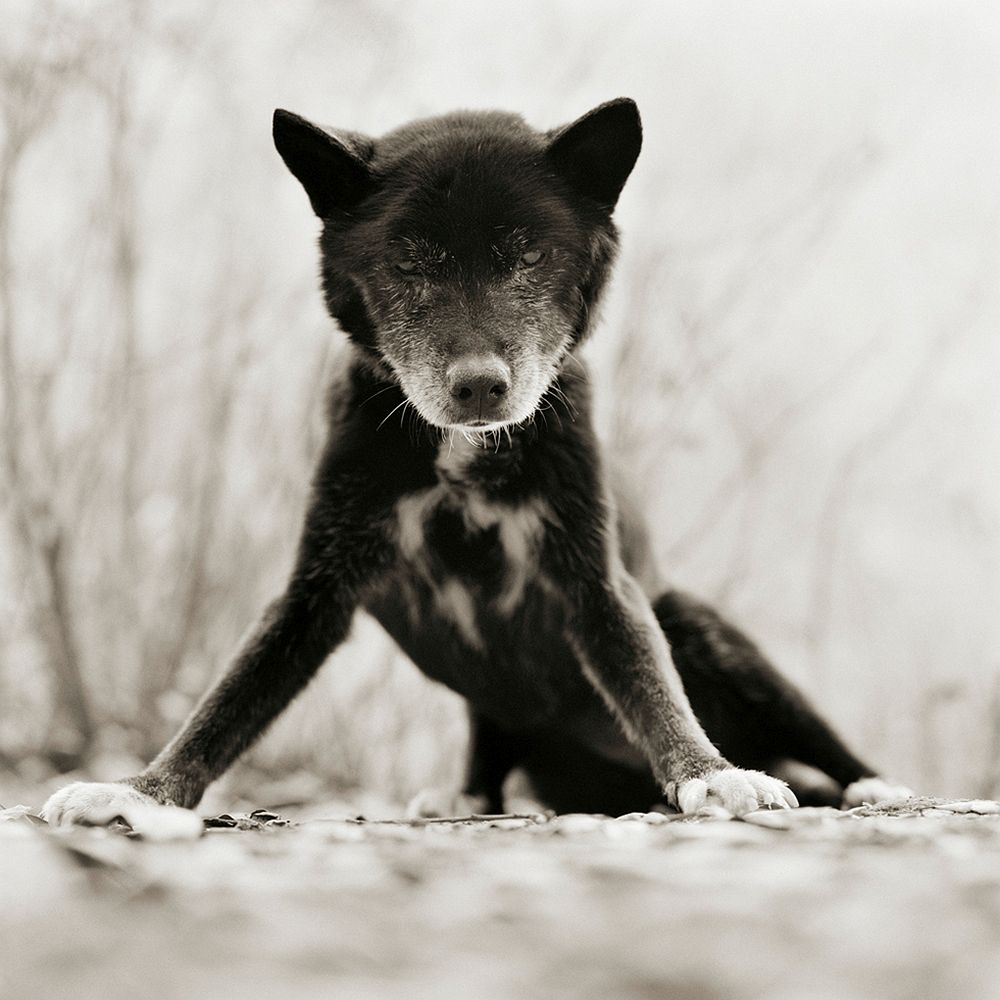 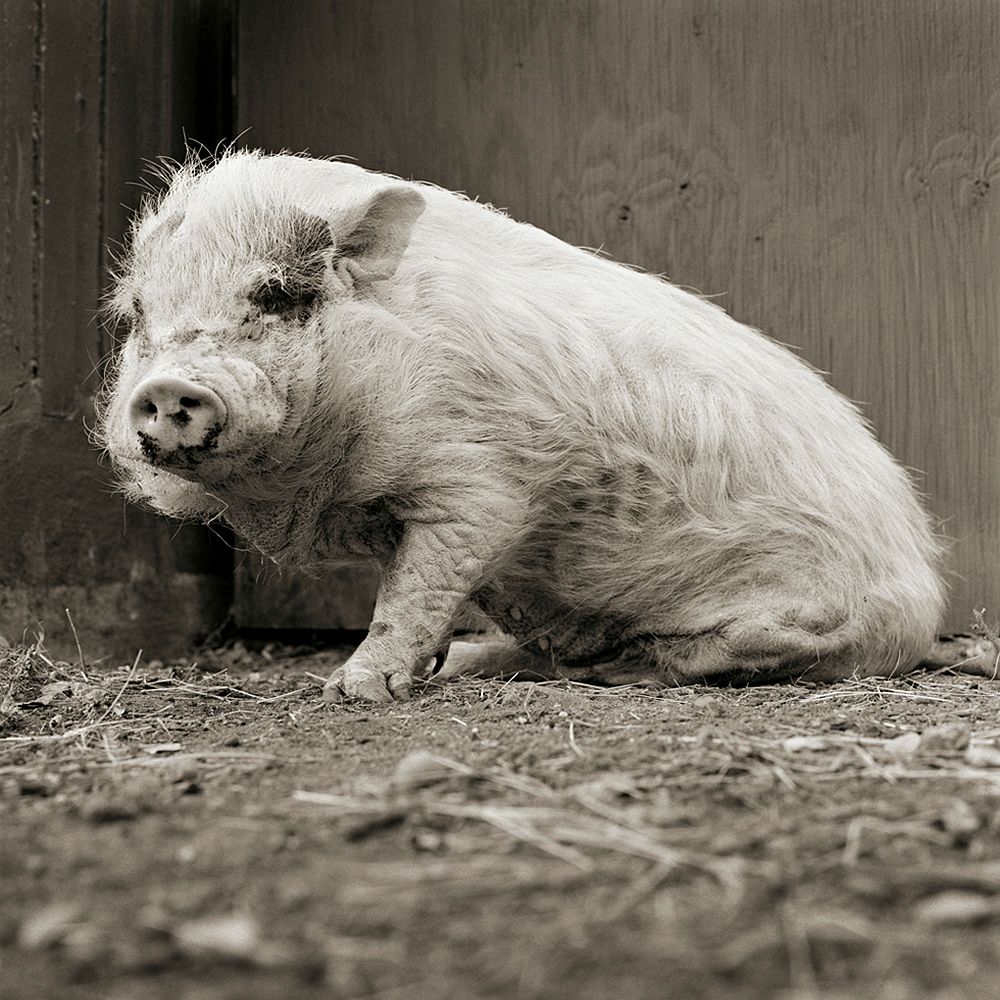 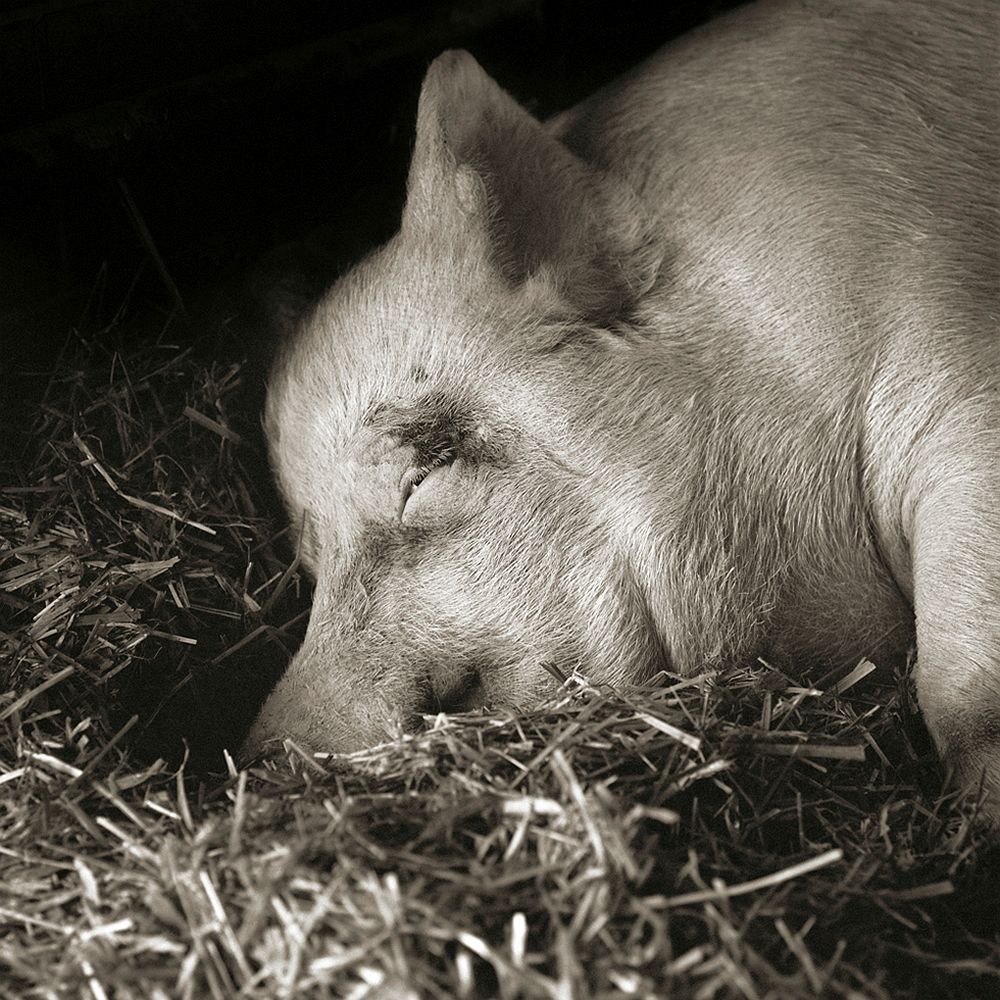 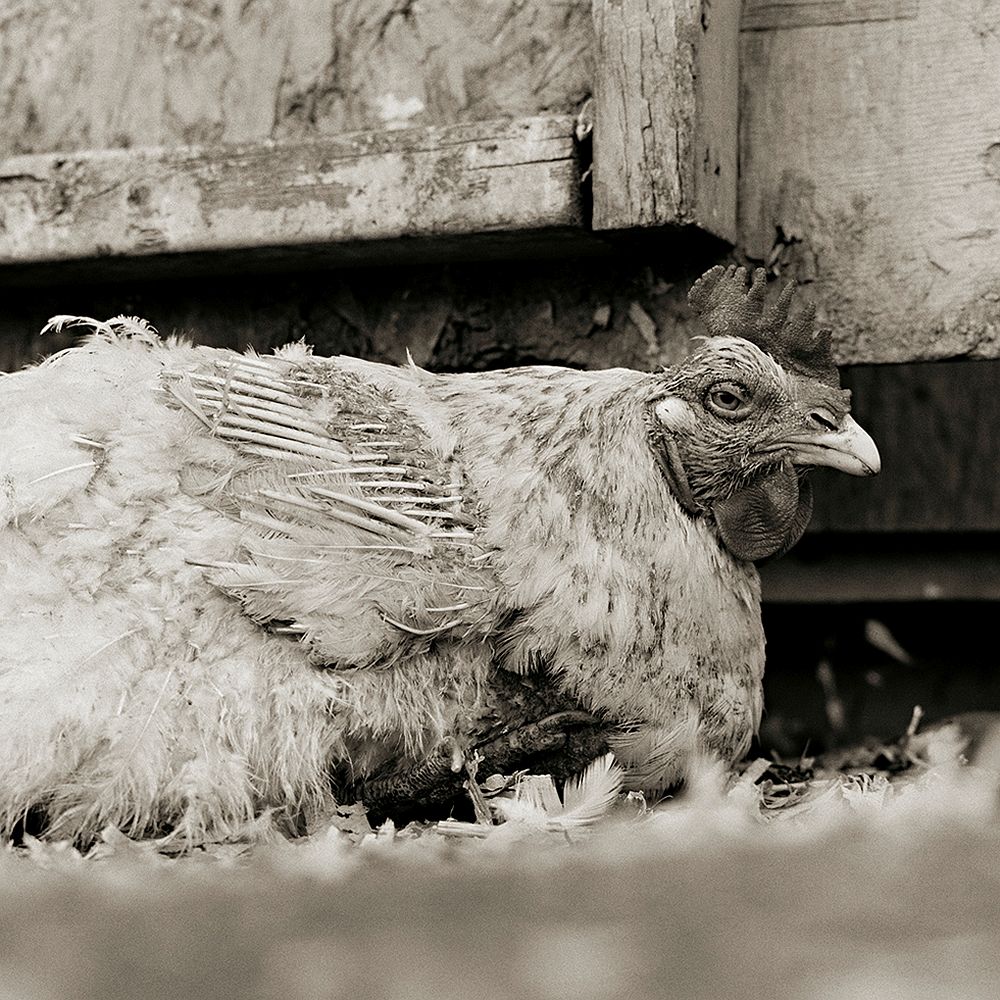 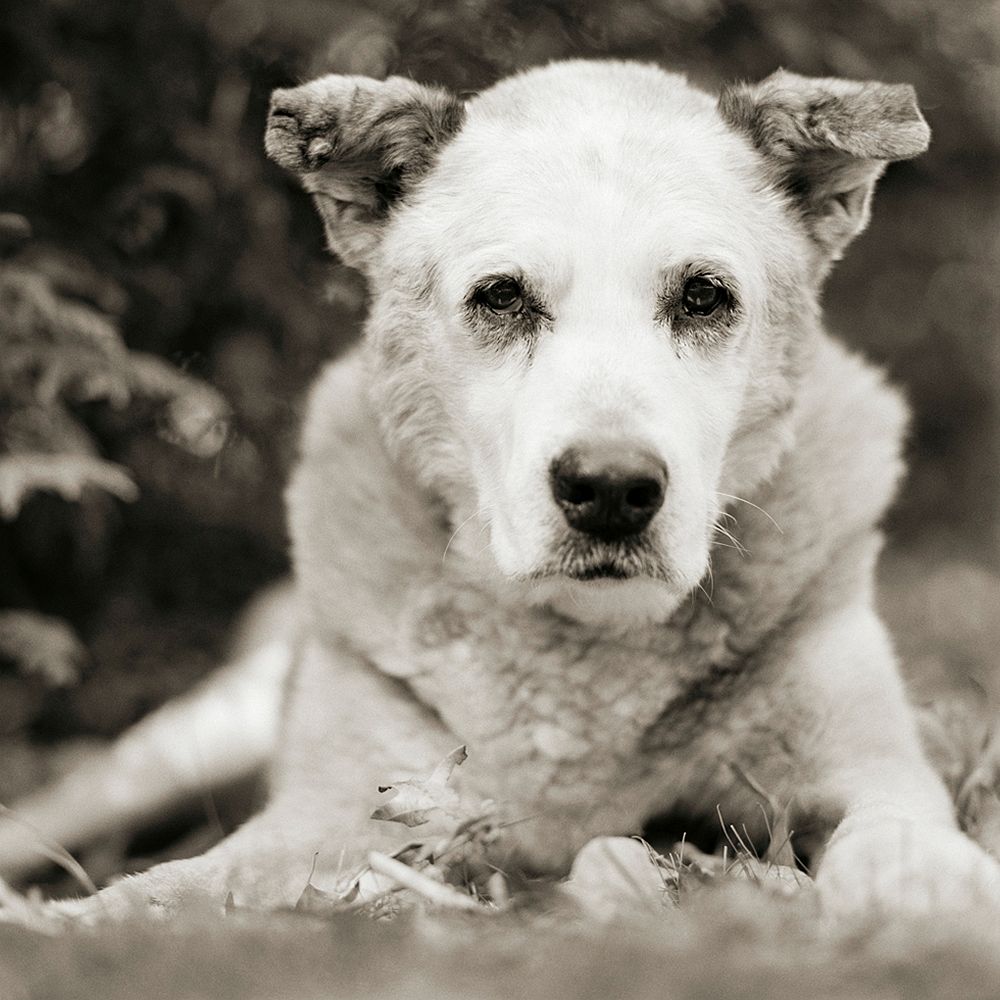 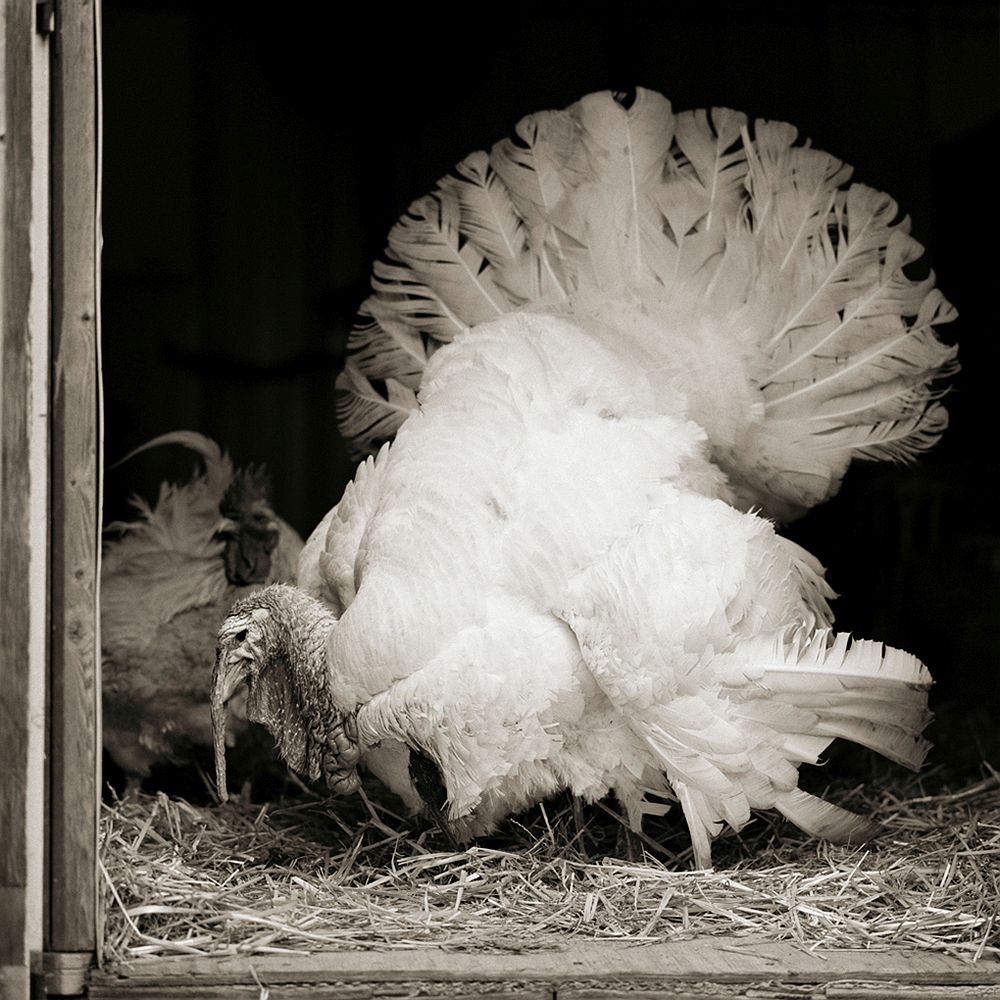