With over twenty major films and an accolade-studded career spanning fifty years within the film industry, it would be short sighted to merely stop with Fred Zinemann’s filmmaking ability when understanding the depths of his creativity. Outside of film, Zinnemann was an equally gifted photographer, with the belief that every great director should have a personal experience with the main components of filmmaking (Writing, acting, cinematography, and editing) in order to fully explore the boundaries of the medium.

Before his trek to Hollywood, Zinnemann spent just around a year in New York, arriving to the city in pursuit of understanding the magic behind the “Talking Pictures” as he called it. The exhibition explores this unique body of work from a very formative time in the young director’s life. The images intimately share the movement of commerce and people in the midst of New York’s dynamic urban landscape.

Although Fred only spent a year observing the inner workings of New York, his visual capacity was of someone well beyond his years, who spent a lifetime admiring the architectural and cultural beauty of the city. The vintage gelatin silver prints produced by Fred highlight the world-renowned director’s masterful skill in photography and printmaking. Whether it’s the grand scale of the newly built high rises of Manhattan, the announcement of the president in Times Square, or the bicycle races in Madison Square Garden, the power of the images is not solely derived from their composition, but also through the admiration Zinnemann shares for life within such a wondrous city. 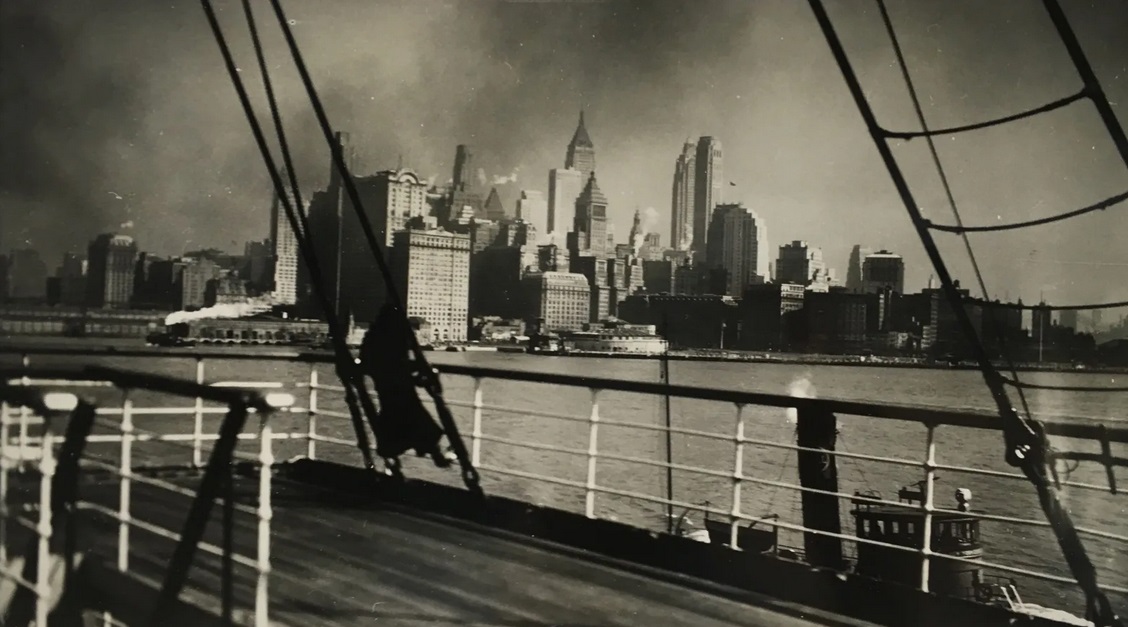 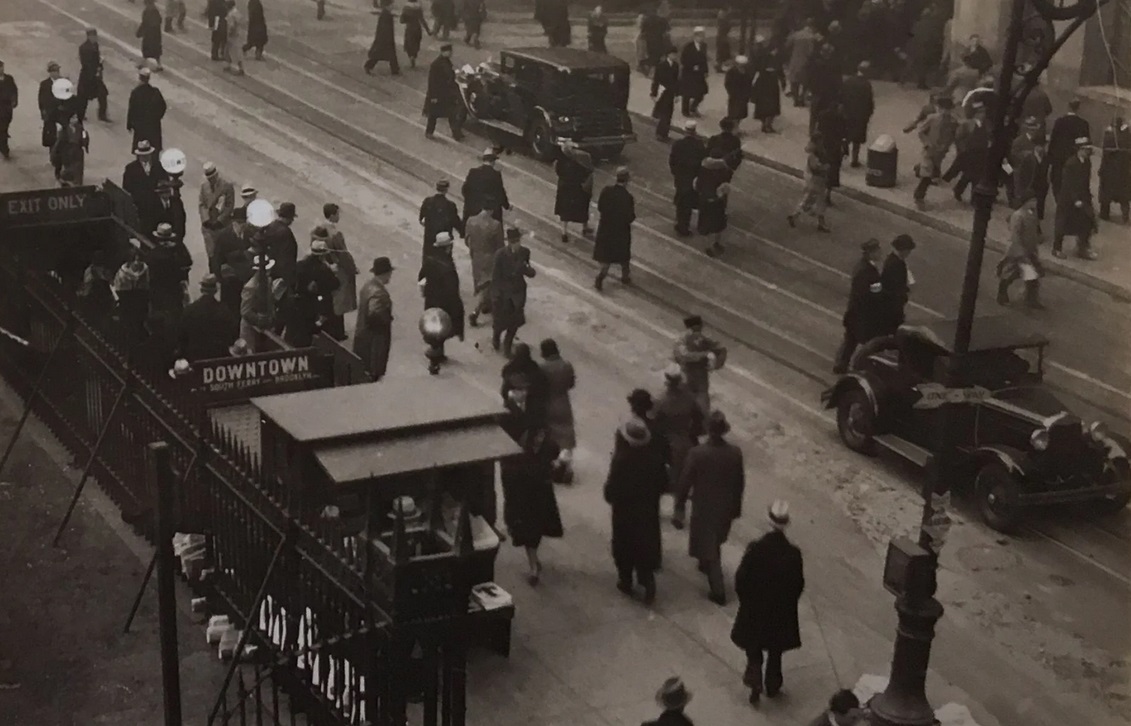 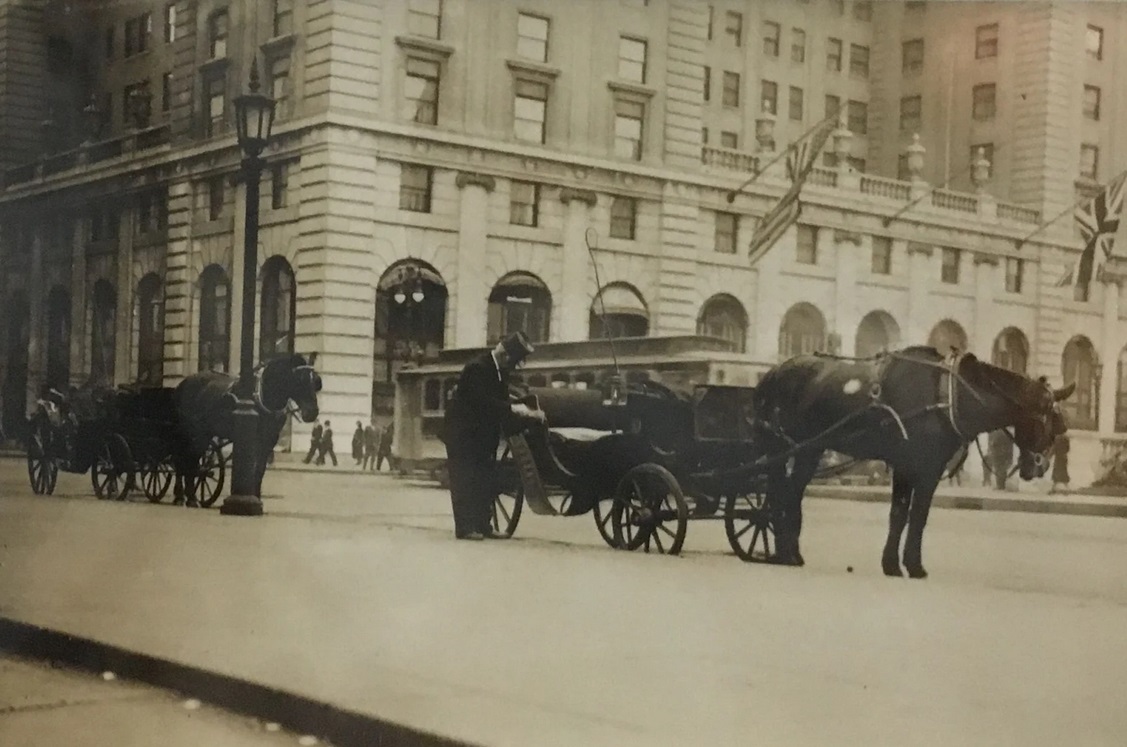 Untitled [horse carriages in front of the Plaza], n.d. by Fred Zinnemann 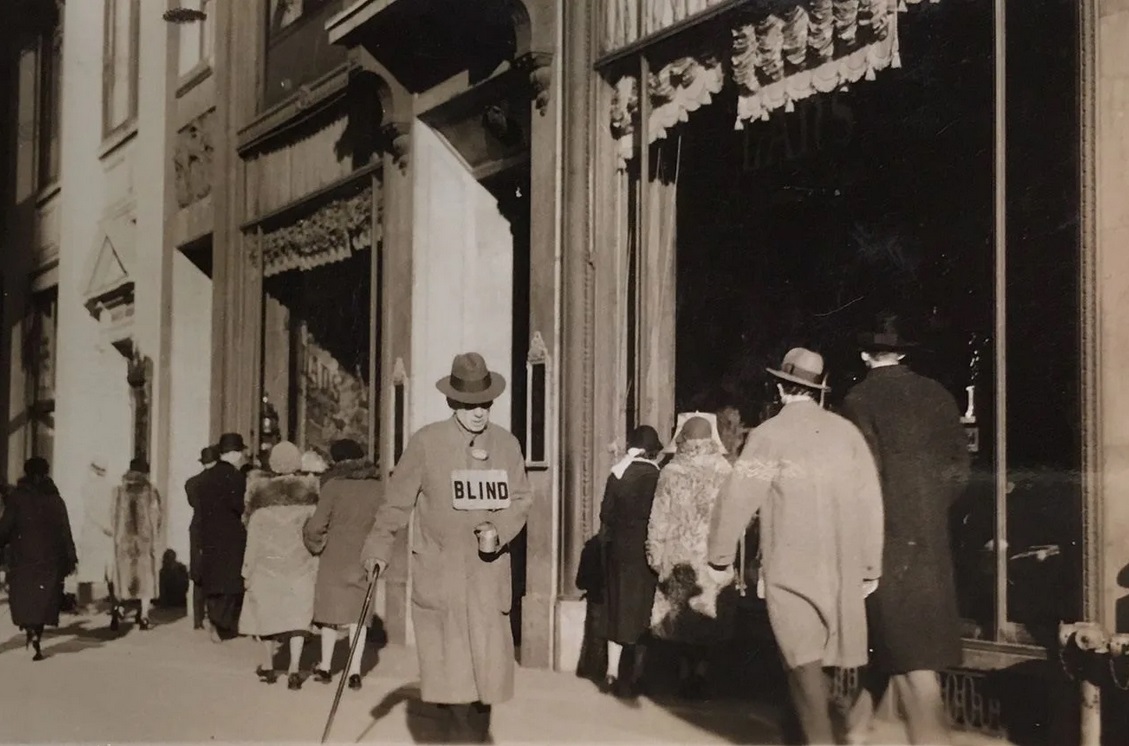