Featuring both editorial and personal work from just a single year of Penn’s legendary seven-decade career, the exhibition explores the breadth of artistic vision and technical mastery of arguably the most prolific and respected photographer of the 20th century.

1950 was a landmark year in the life and oeuvre of Irving Penn (1917-2009), of which he often spoke fondly. In Penn’s words, he was delighted by the fact that he never knew who was on the other end of a knock at the door: T.S. Eliot, a street sweeper, or a professional model.

Beginning his photographic career at Conde Nast in 1943, by mid-century Penn was deep into the development of his signature style, a formal simplicity he deftly applied to different genres with striking results. In the summer of 1950, at the behest of Vogue’s then Art Director Alexander Liberman, Penn traveled to Paris to photograph the fall couture collections for the first time. Using the daylight of a top-floor studio and a discarded theater curtain as a seamless, neutral backdrop, in 10 days Penn produced a series of editorial images that transformed the visual aesthetics of fashion photography. Focusing primarily on elegant Swedish model Lisa Fonssagrives – whom he married in London shortly after the Paris sessions – Penn showcased selected Balenciaga, Dior, Rochas, and Schiaparelli garments with a straightforward presentation and formal concentration that defied convention.

The eloquent economy of Penn’s fashion photographs echoed his work in portraiture that year, as the stark studio at rue de Vaugirard hosted sittings with celebrated cultural figures like Alberto Giacometti and the Parisian subjects of his Small Trades series. This significant body of work, begun in Paris in the summer of 1950 and continued in London and New York over the next year, drew inspiration from Eugčne Atget’s petits metiers pictures and featured full-length portraits of skilled workers bearing their occupational tools and dress. Butchers, pastry chefs, charwomen, and lorry washers alike posed against Penn’s mottled backdrop with the same distinguished presence as his couture models. 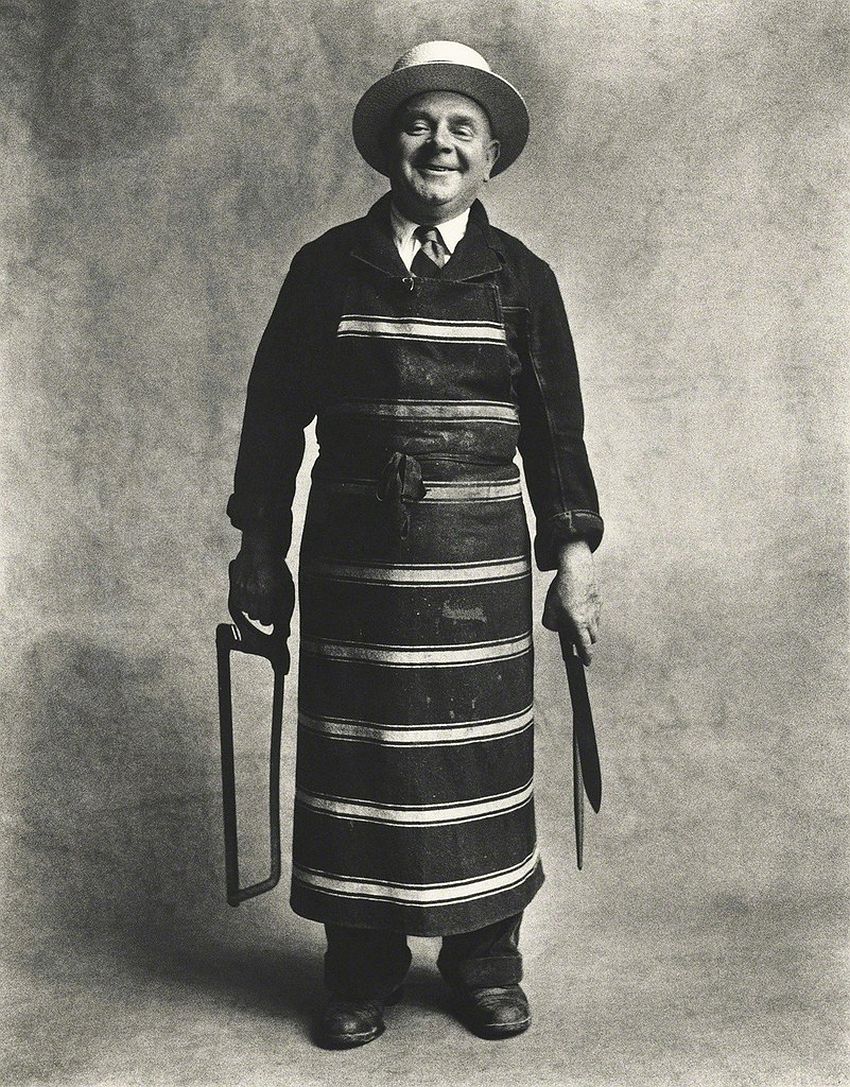 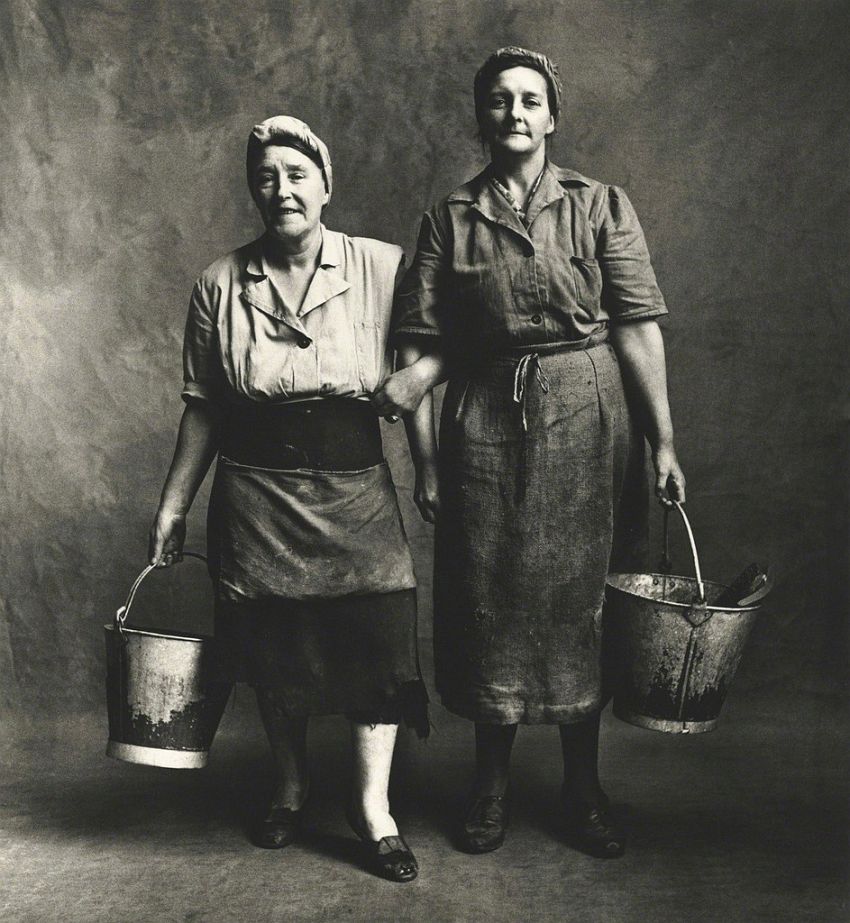 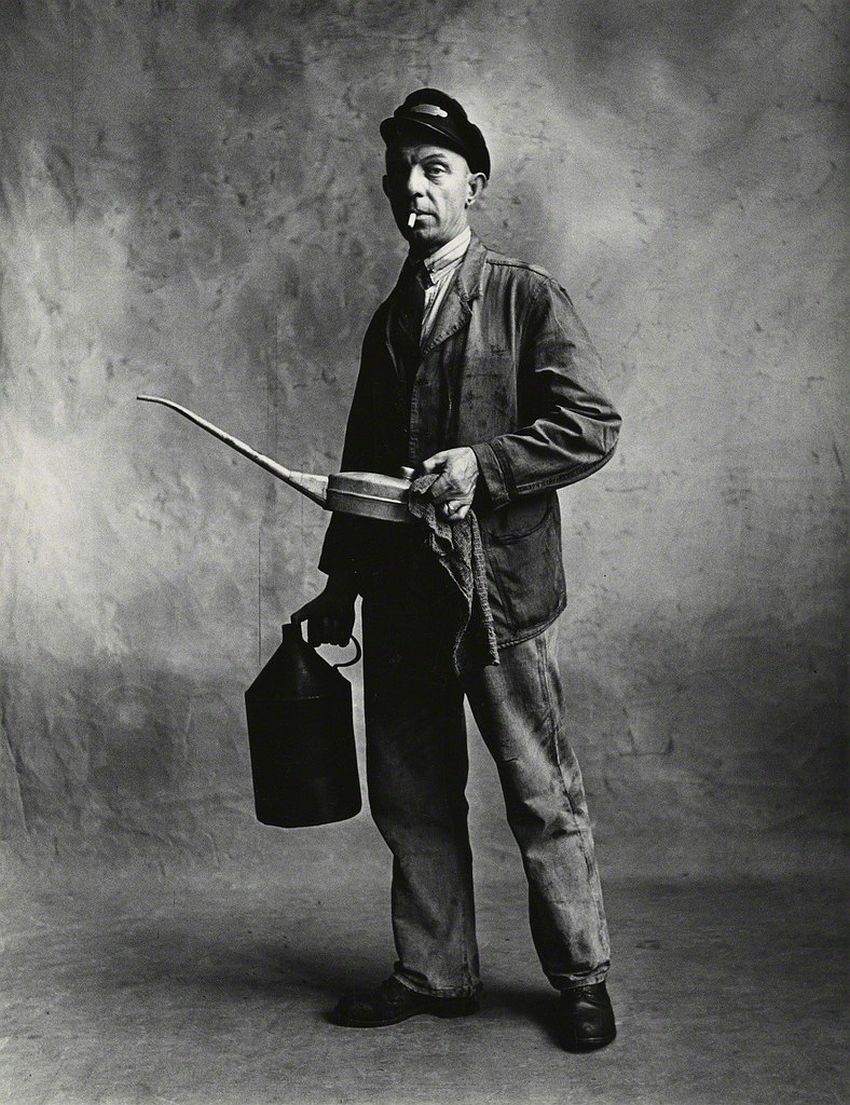 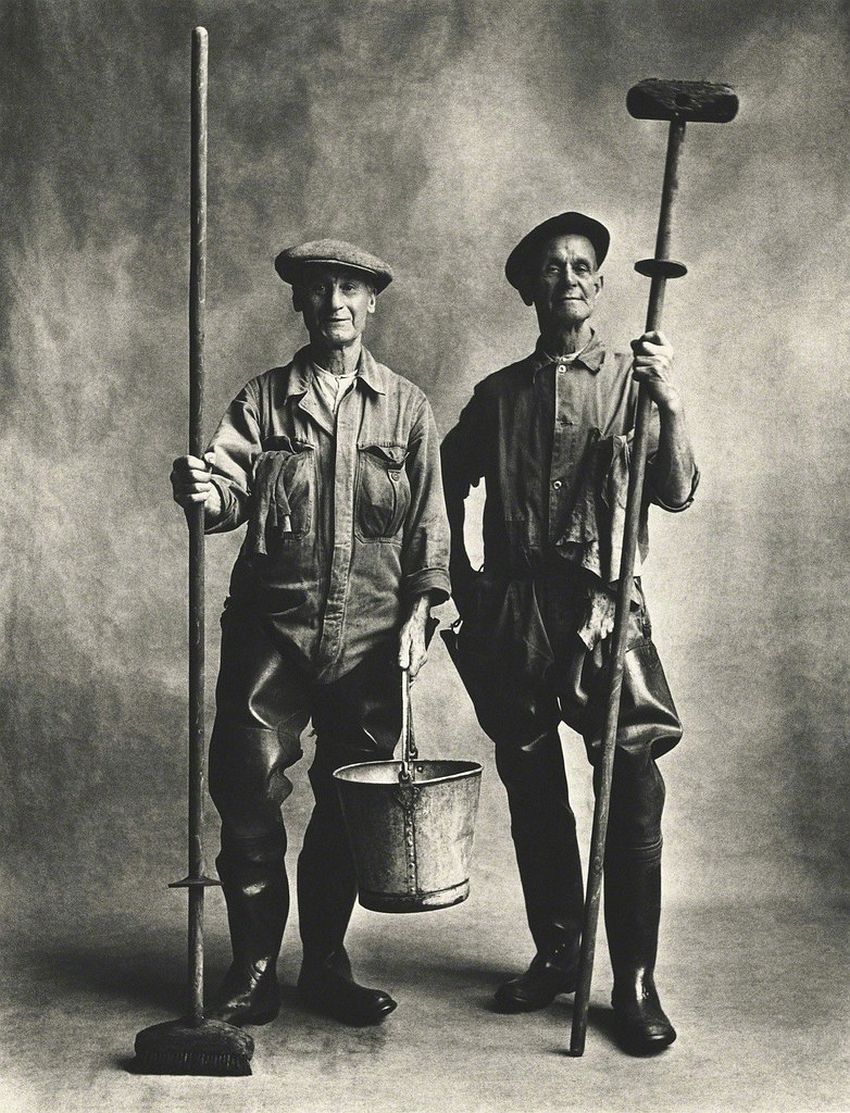 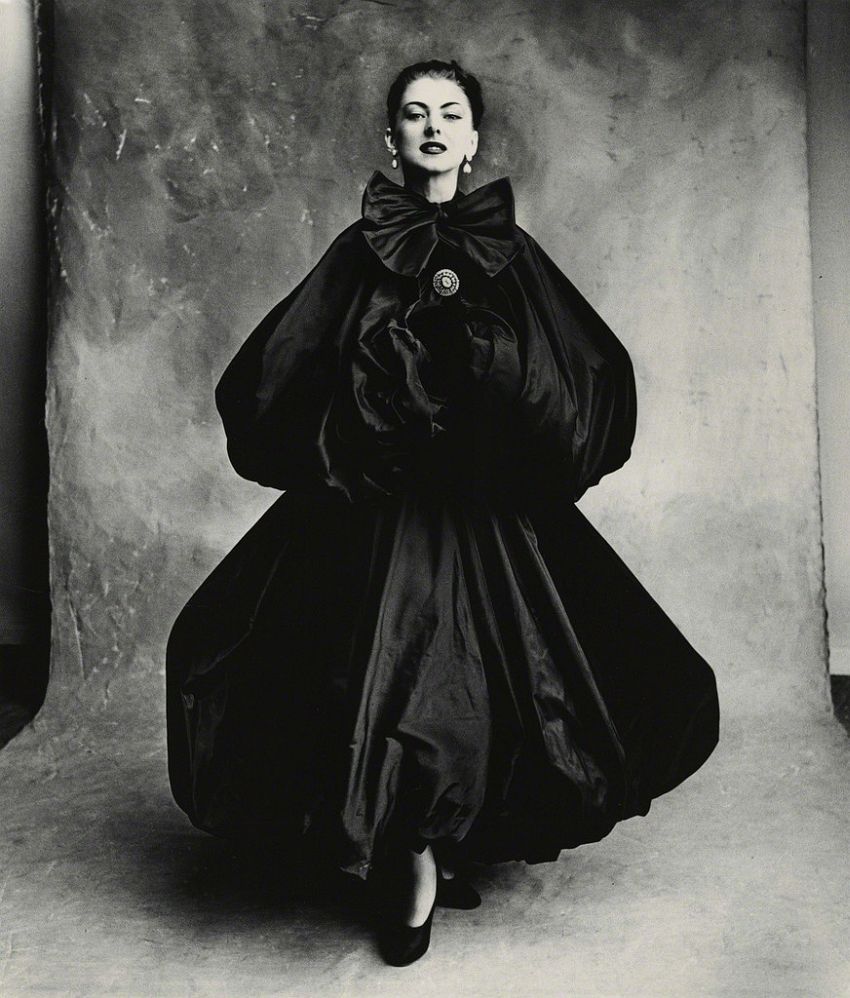