Safety Last! is a 1923 romantic comedy silent film starring Harold Lloyd. It includes one of the most famous images from the silent film era: Lloyd clutching the hands of a large clock as he dangles from the outside of a skyscraper above moving traffic. The film was highly successful and critically hailed, and it cemented Lloyd’s status as a major figure in early motion pictures. It is still popular at revivals, and it is viewed today as one of the great film comedies.

The film’s title is a play on the common expression, “safety first,” which places safety as the primary priority to avoid accidents. Lloyd performed some of his climbing stunts despite losing a thumb and forefinger in an accident while making a film four years earlier. 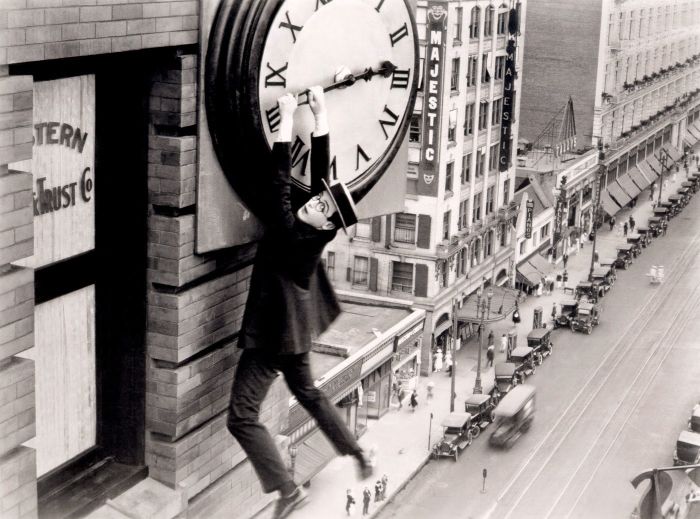 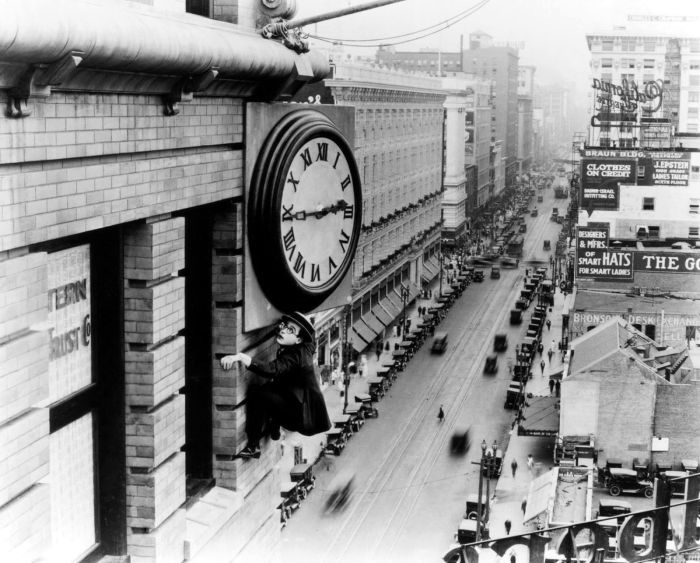 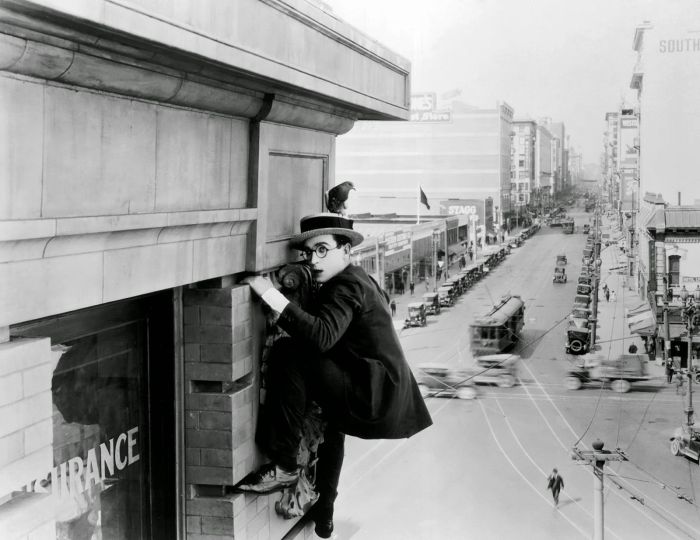 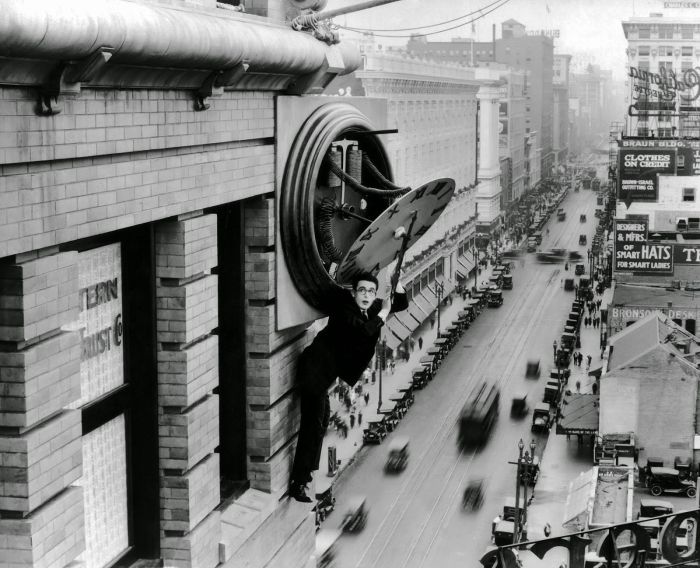 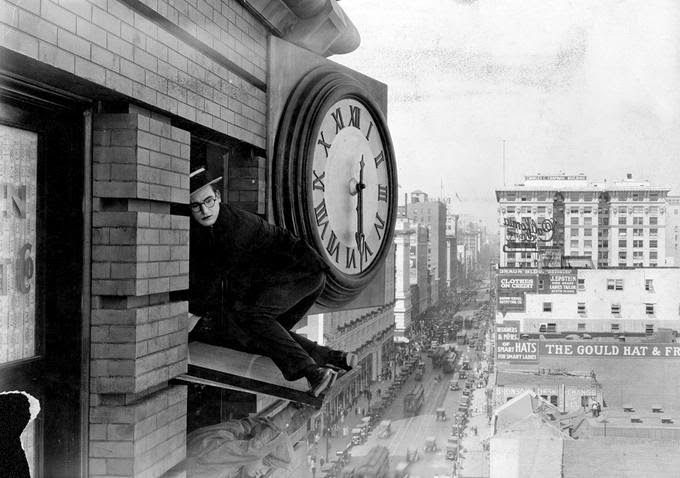 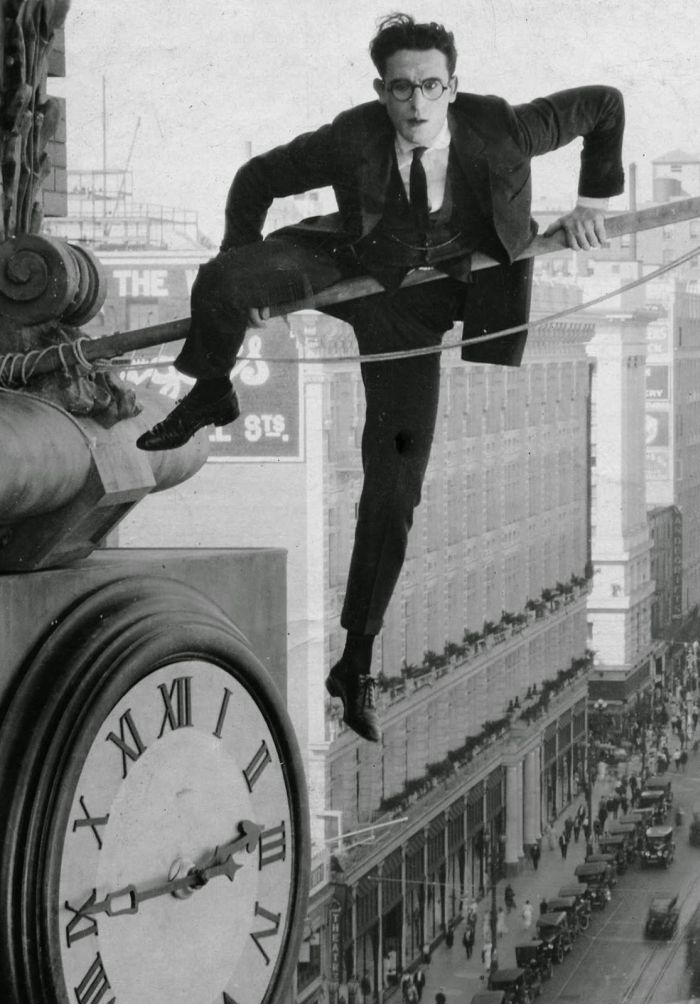 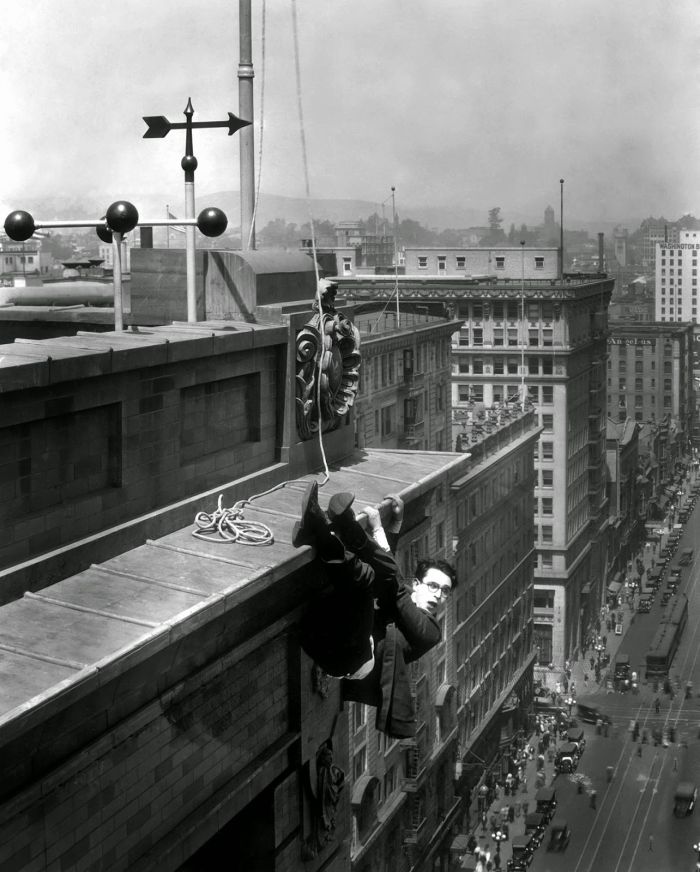 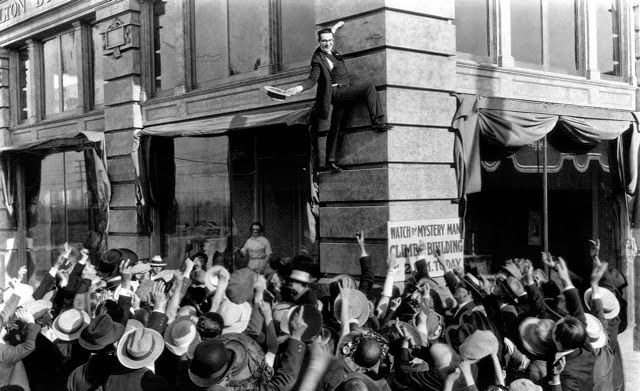 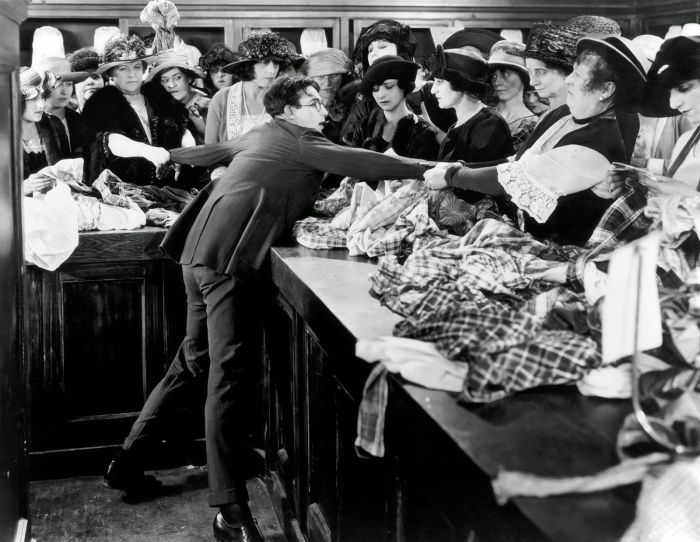 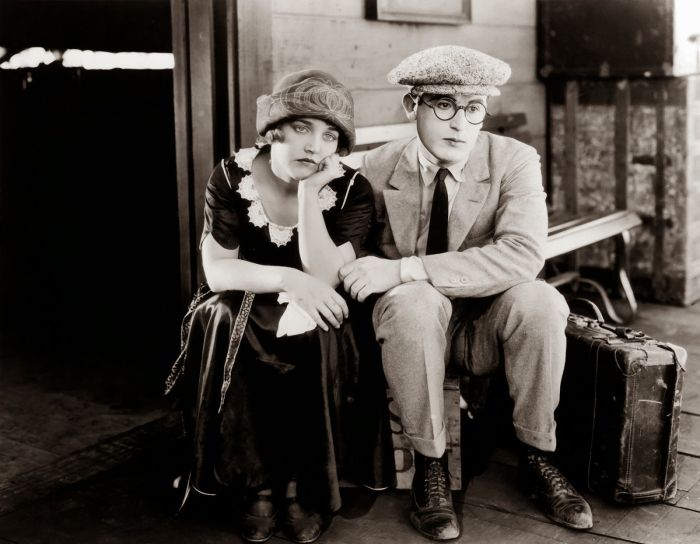