Gordon Parks in Pittsburgh, 1944/1946 is an exhibition that offers an in-depth presentation of Gordon Parks’s (American, 1912–2006) photographs of the Penola, Inc. grease plant in Pittsburgh and its workers who supplied essential goods to US troops during World War II. This examination of an important chapter in Parks’s landmark career features more than 50 photographs that have not yet been seen by the public and explores a narrative that is seldom told but still resonates today.

By the early 1940s, Parks, a self-taught photographer who grew up in rural Kansas during segregation, had established himself as a photographer who freely navigated the fields of press and commercial photography with an unparalleled humanist perspective. It was at this time that Parks’s work caught the eye of Roy Stryker, who launched the documentary photography program at the US Farm Security Administration. Stryker was soon hired by Standard Oil to capture the Penola, Inc. grease plant as part of a public relations effort during World War II. In March 1944 and September 1946, Parks was tasked by Stryker to travel to Pittsburgh to photograph the plant, its workers, and the range of their activities manufacturing “Eisenhower grease,” a new, critical material that fueled US troop efforts toward the end of World War II.

The resulting photographs—dramatically staged and lit, striking in their compositions— foreground the importance of the story of industry and war preparation in the US, which was a source of pride for the workers and people of Pittsburgh. Photographs in this exhibition will have specific relevance for members of the Pittsburgh community; local visitors may recognize acquaintances, family members, or even themselves in these images.

Parks’s photographs during his time in Pittsburgh endure as a record of humanity and everyday life in the mid-20th century, telling countless stories that have been overlooked. Although Parks’s images of the plant were intended as marketing tools to help humanize the corporation’s public image, his pictures speak to the importance of making individual experience visible. Parks’s documentation of workers divided by roles, race, and class is a snapshot of persistent issues in labor and industry. Far from an impassive observer, Parks wanted his photographs to convey meaning and help improve the lives of his subjects, many of whom were discriminated against because of their race. He would continue this approach in his next position as the first African American staff photographer at LIFE Magazine.

Gordon Parks in Pittsburgh, 1944/1946 is organized by Dan Leers, curator of photography.

The exhibition and its accompanying publication have been made possible through a partnership between Carnegie Museum of Art and the Gordon Parks Foundation. Gordon Parks: Pittsburgh Grease Plant, 1944/1946, the accompanying catalogue published by Steidl that includes more than 100 previously unpublished photographs, will be available for purchase from the Carnegie Museum of Art Store. 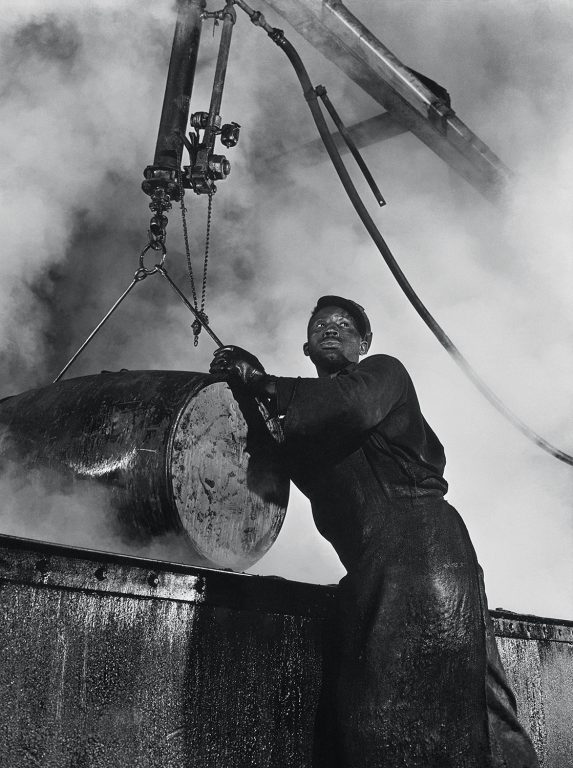 Gordon Parks, The cooper’s room where the large drums and containers are reconditioned. Here a workman lifts a drum from a boiling lye solution which has cleaned from it grease and dust particles, 1944, Prints and Photographs Division, Library of Congress, Washington DC, Courtesy of the Gordon Parks Foundation 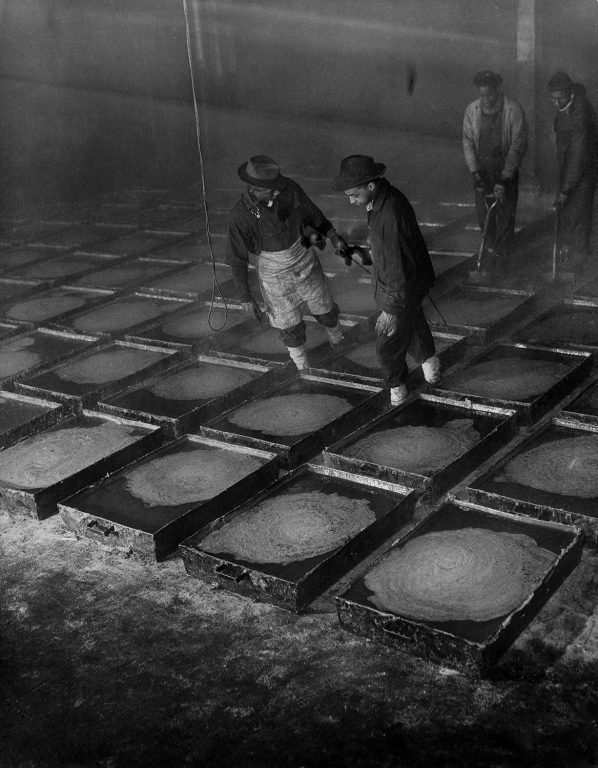 Gordon Parks, Two workmen pulling pans of red hot grease that has just been poured from a cooking kettle. After it is cooled it can be lifted out in solid chunks and carried away on flat cars., 1944, Prints and Photographs Division, Library of Congress, Washington DC, Courtesy of the Gordon Parks Foundation 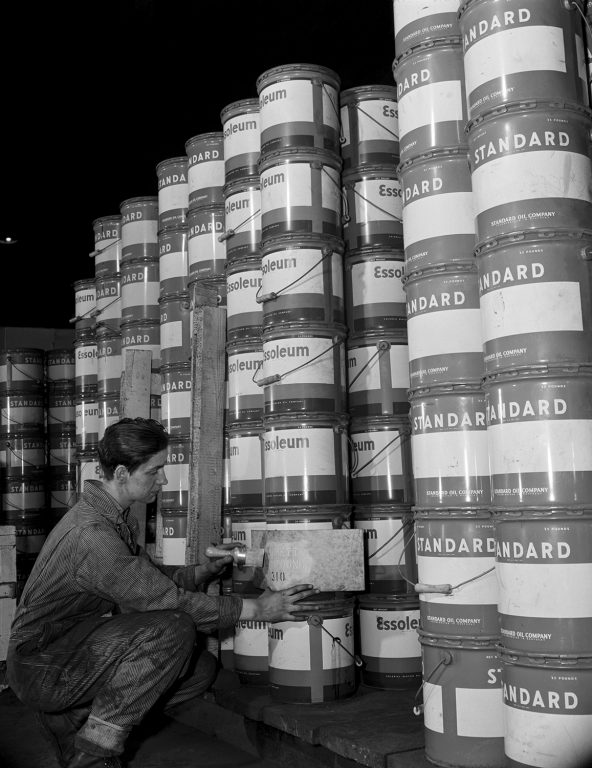 Gordon Parks, After lubricants are packed and containers placed in large rows for shipment, a man with the properly cut stencil markseach can or drum with the name and number of the grease it contains., 1944, courtesy of the Gordon Parks Foundation 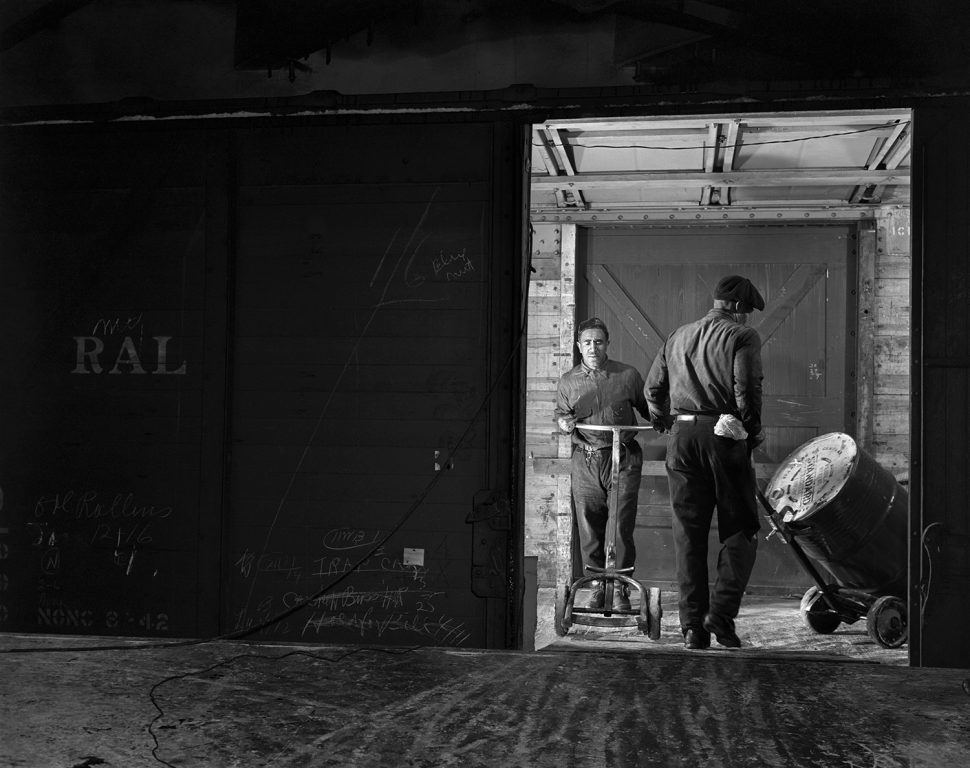 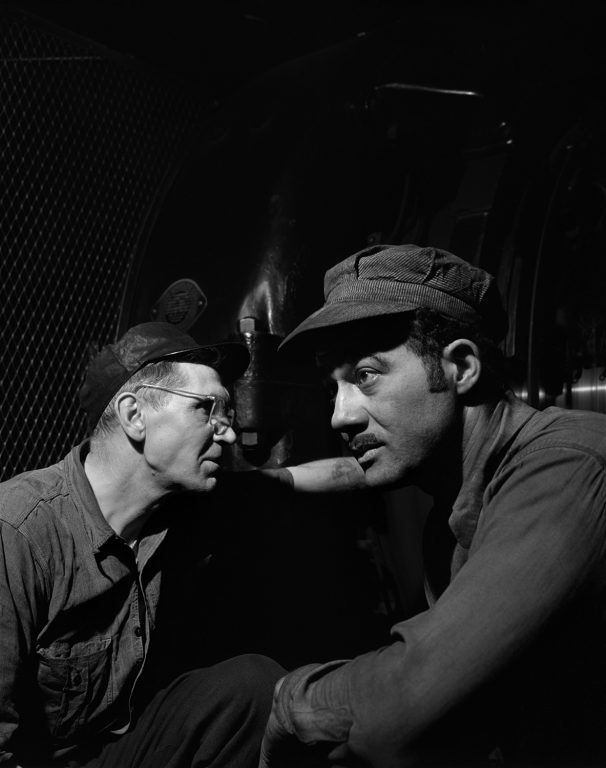 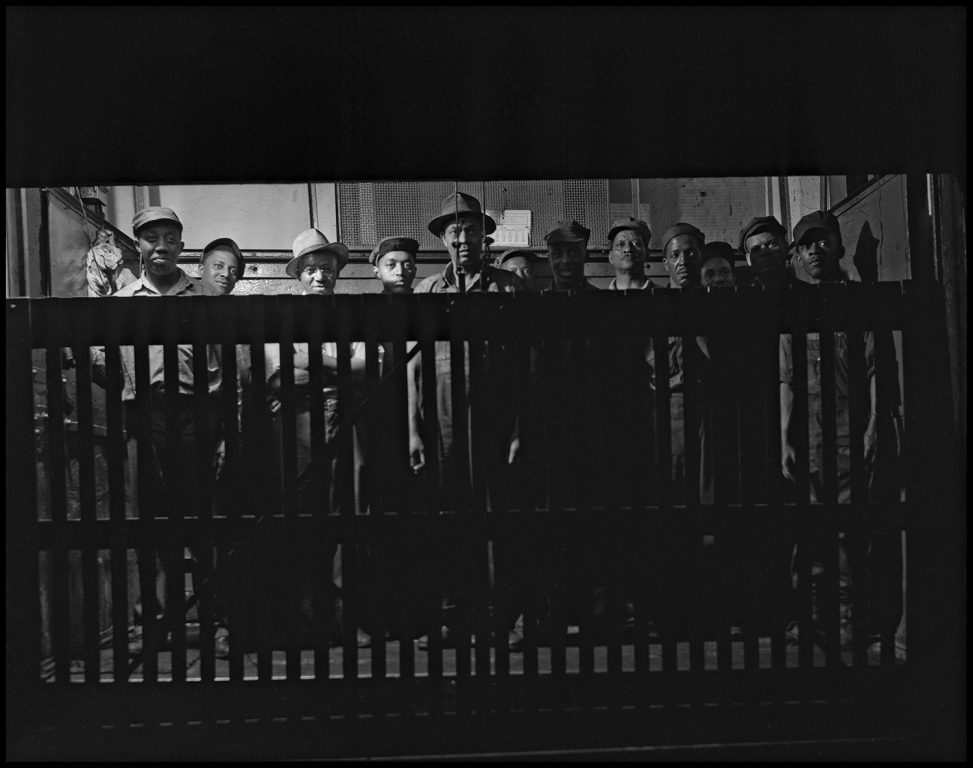