“… I remember one summer I worked a lot in Washington Square Park. It must have been about 1966. The park was divided. It has these walks, sort of like a sunburst, and there were these territories staked out. There were young hippie junkies down one row. There were lesbians down another, really tough amazingly hard-core lesbians. And in the middle were winos. They were like the first echelon and the girls who came from the Bronx to become hippies would have to sleep with the winos to get to sit on the other part with the junkie hippies. It was really remarkable. And I found it very scary… There were days I just couldn’t work there and then there were days I could…. I got to know a few of them. I hung around a lot… I was very keen to get close to them, so I had to ask to photograph them.” – DA

Lévy Gorvy is pleased to announce the exhibition Diane Arbus: In the Park, on view in New York beginning May 2. The exhibition will be the first to focus solely on Arbus’ photographs made in Central Park and Washington Square, theaters of public interaction that provided fertile territory for the creation of many of her most striking and original images. All of the works on view were made within four miles of where they will now be exhibited.

Arbus began photographing in Central Park in 1956, at the very beginning of her work as a serious artist, and returned repeatedly to the city’s parks over her brief, fifteen- year career. Among the last pictures in the exhibition is A young man and his girlfriend with hot dogs in the park, N.Y.C., made in 1971, the year of her death. The exhibition thus surveys the evolution of Arbus’ style (from smaller to larger negatives, from smaller to larger prints), as well as the evolution of her singular approach to the people she photographed.

Diane Arbus (1923–1971) was one of the most original and influential artists of the twentieth century. She studied photography with Berenice Abbott, Alexey Brodovitch, and Lisette Model, and her first published photographs appeared in Esquire in 1960. In 1963 and 1966 she was awarded John Simon Guggenheim Fellowships, and was one of three photographers whose work was the focus of New Documents, John Szarkowski’s landmark exhibition at the Museum of Modern Art in 1967. A year after her death, her work was selected for inclusion in the Venice Biennale—the first work of an American photographer to be so honored. The Museum of Modern Art hosted a major retrospective that traveled throughout the United States and Canada from 1972 to 1975. A larger full scale retrospective, Diane Arbus Revelations, was organized by the San Francisco Museum of Modern Art in 2003 and traveled to museums in the United States and Europe through 2006. A major European retrospective of Arbus’ work opened at the Jeu de Paume, Paris in October 2011 and traveled to Winterthur, Berlin and Amsterdam through 2013. More recently, Arbus’ early work was the focus of Diane Arbus: In the Beginning, organized by the Metropolitan Museum of Art. Notable monographs on the artist’s work include Diane Arbus (1972); Magazine Work (1984); Untitled (1995); Diane Arbus Revelations (2003); Diane Arbus: A Chronology (2011), and In the Beginning (2016).

This exhibition is presented in collaboration with Fraenkel Gallery, San Francisco. 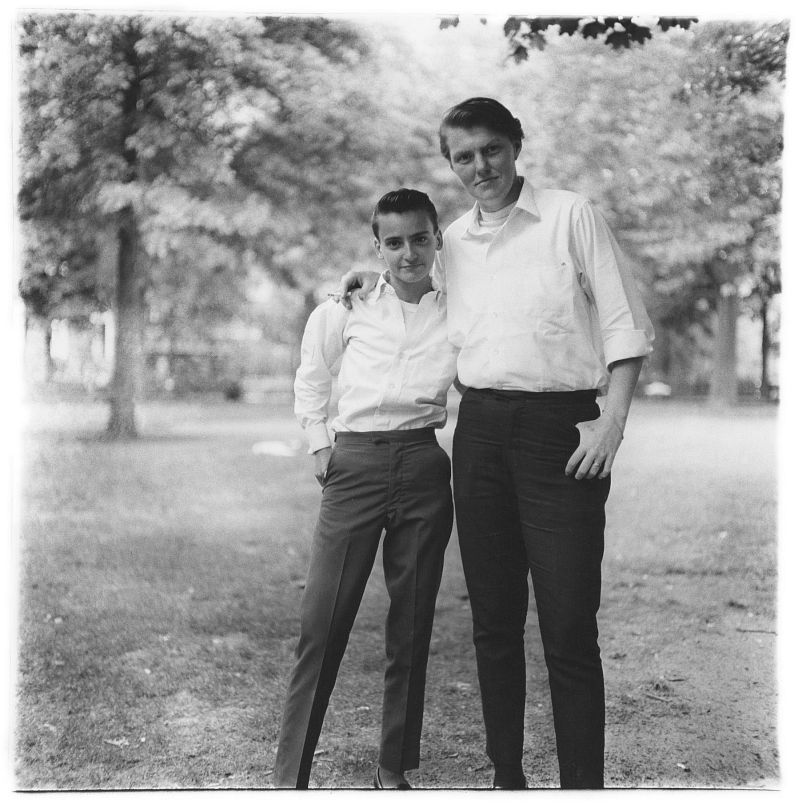 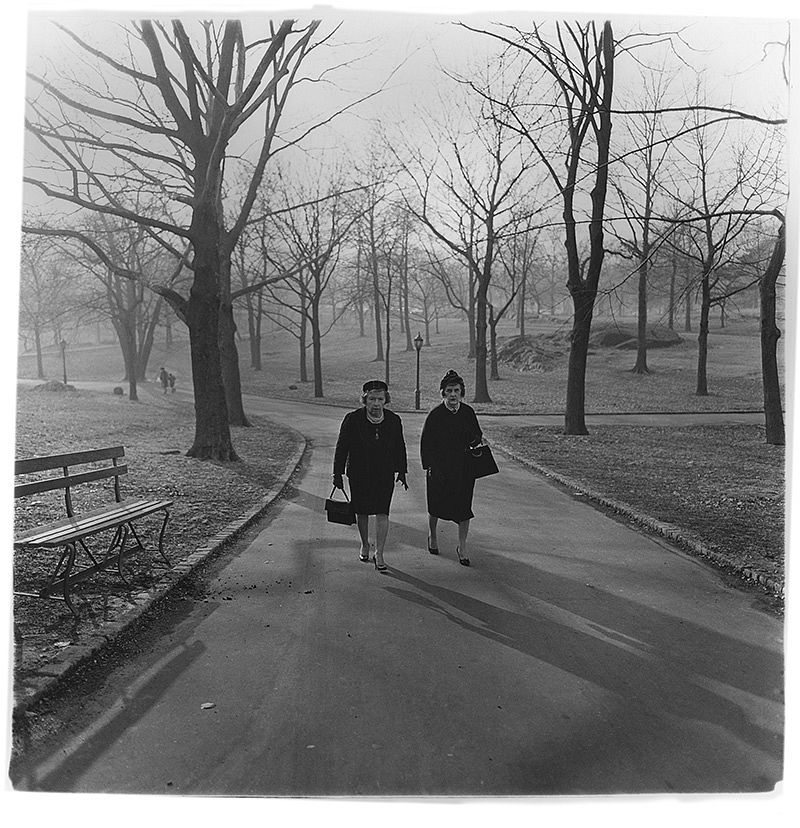 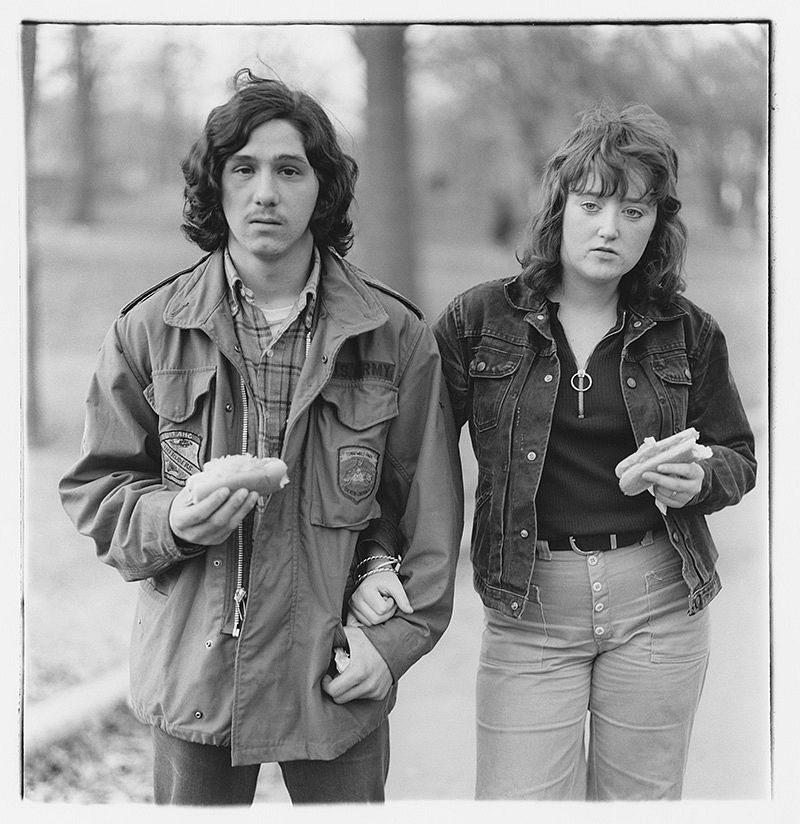 A young man and his girlfriend with hot dogs in the park, N.Y.C. 1971 © The Estate of Diane Arbus