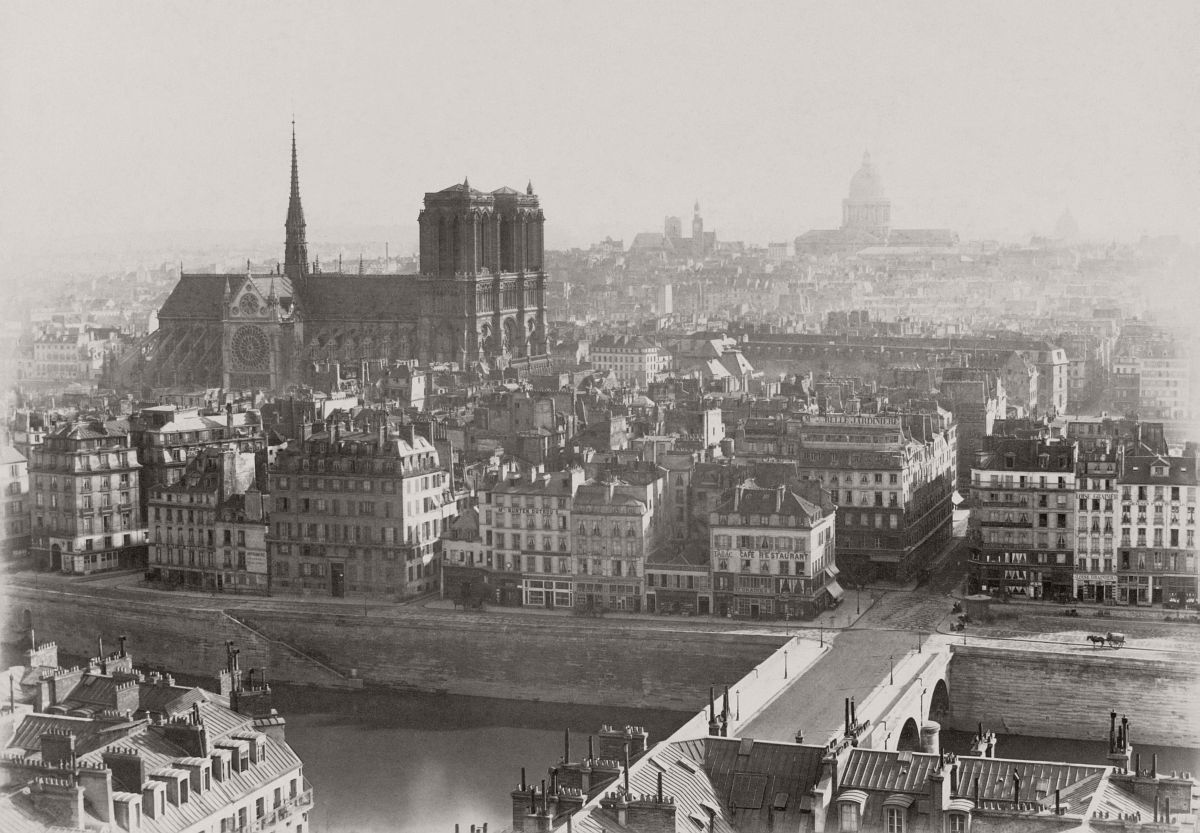 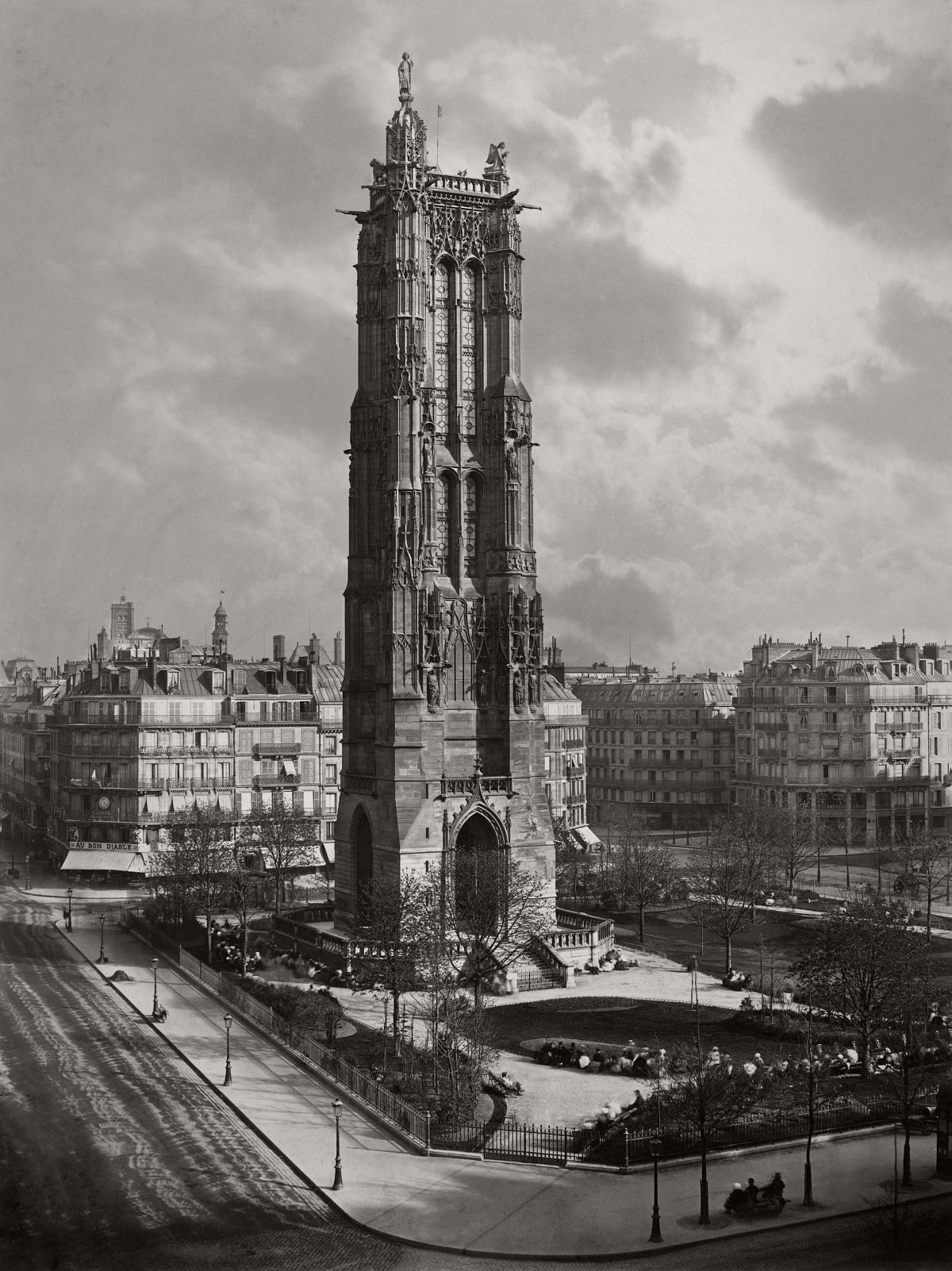 The freestanding Tour Saint-Jacques that one sees today in a park just off the rue de Rivoli in the heart of Paris is all that remains of the Gothic church of Saint-Jacques la Boucherie. 1867. Photographer: Charles Soulier 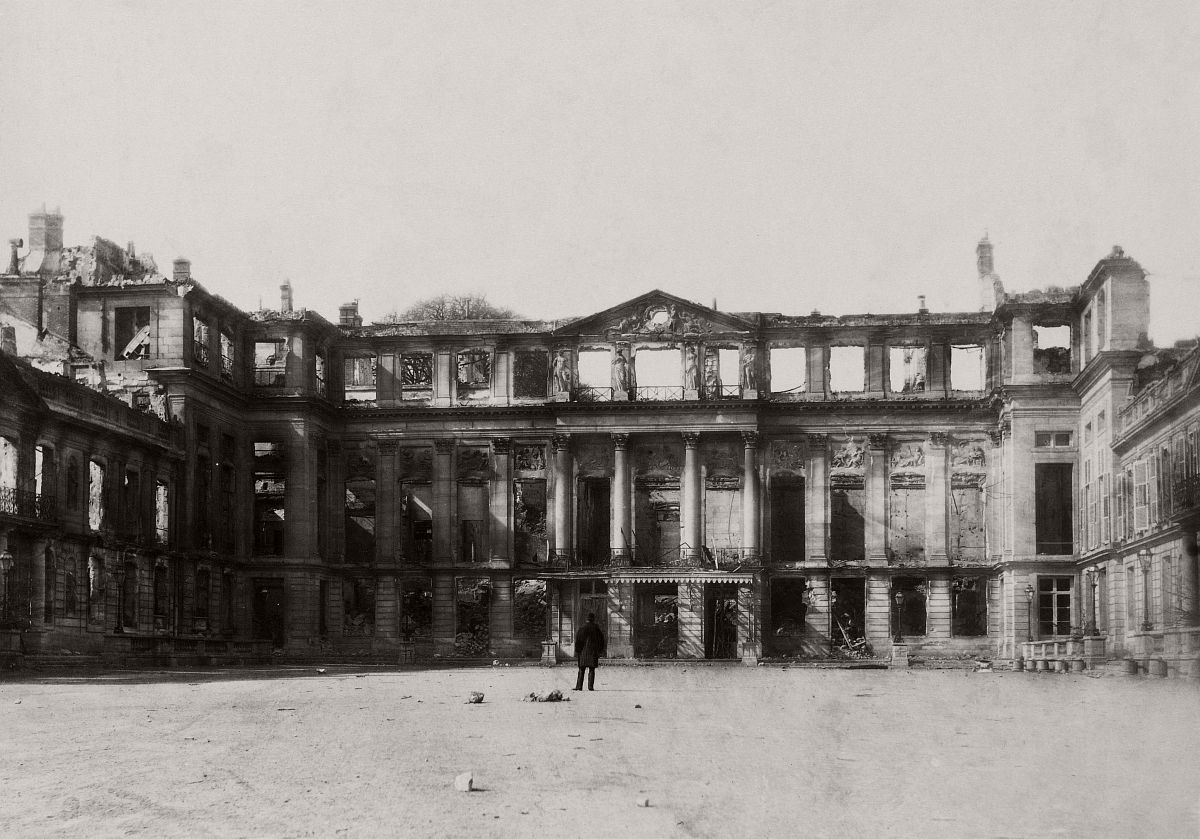 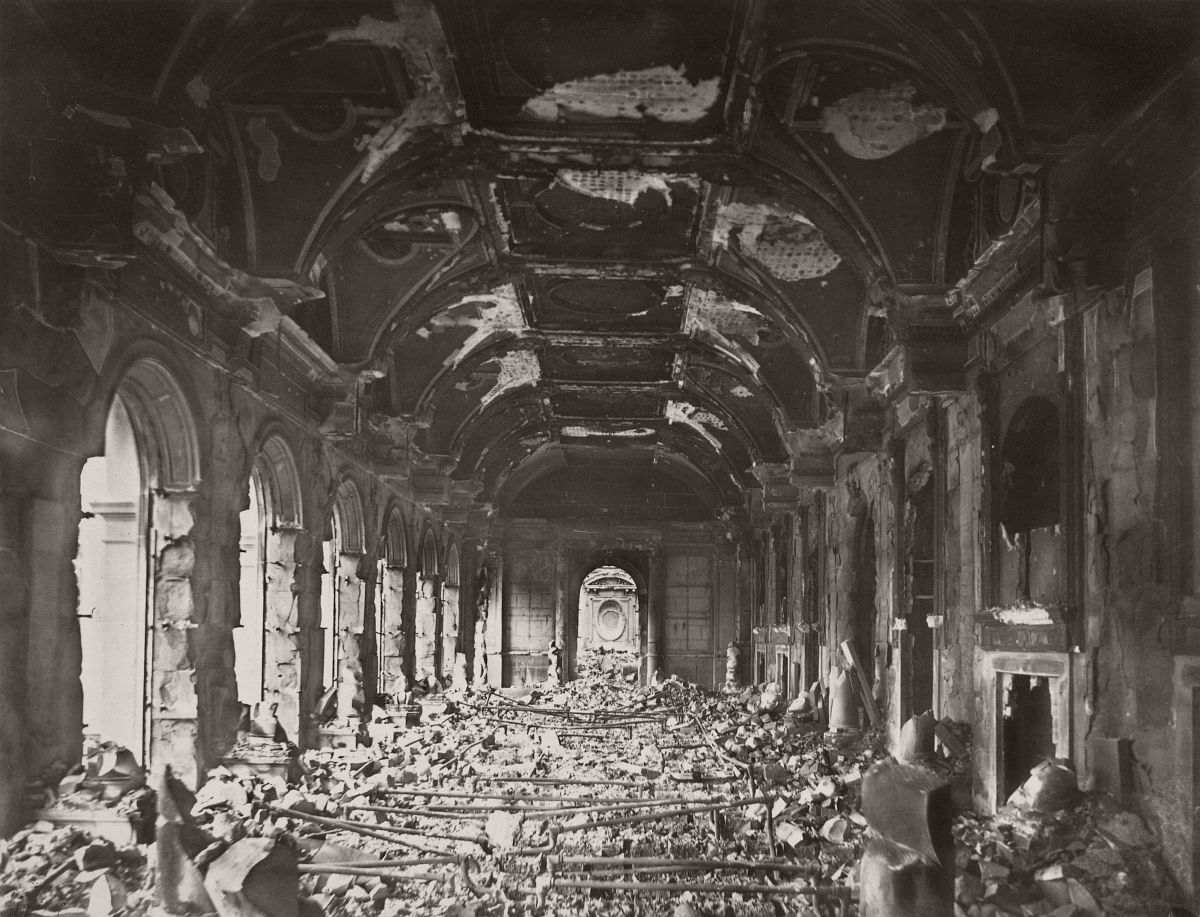 Photograph shows the charred remains of the once lavish audience hall of the Council of State in the Palais d’Orsay, a building begun by Napoleon I, completed in 1840 under King Louis-Philippe, and burned by the Communards on May 23, 1871. In the last years of the nineteenth century, these ruins were replaced by a new railway station, the Gare d’Orsay. Photographer: Charles Soulier 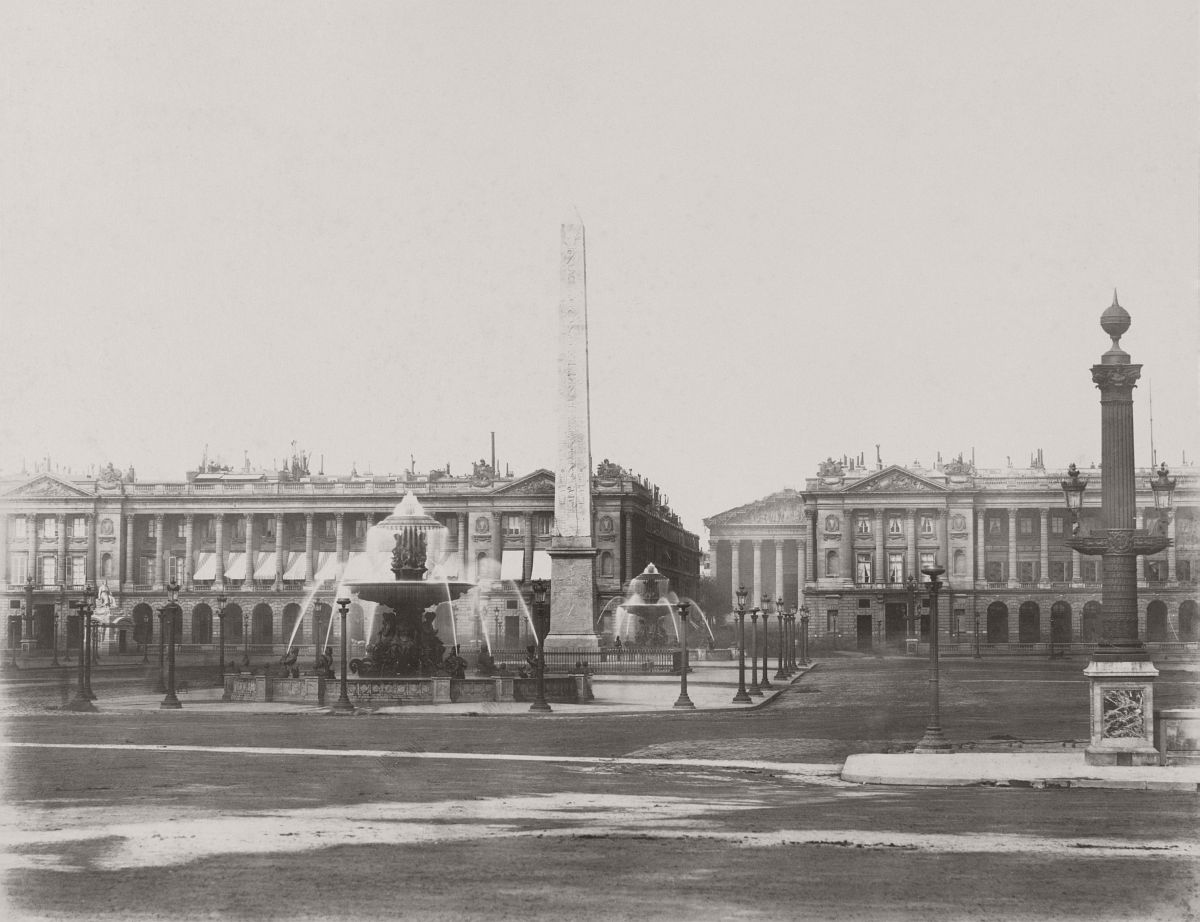 Photograph shows obelisk and fountain in Place de la Concorde with palaces, Rue Royale, and Church of the Madeleine in the background. 1865. Photographer: Charles Soulier 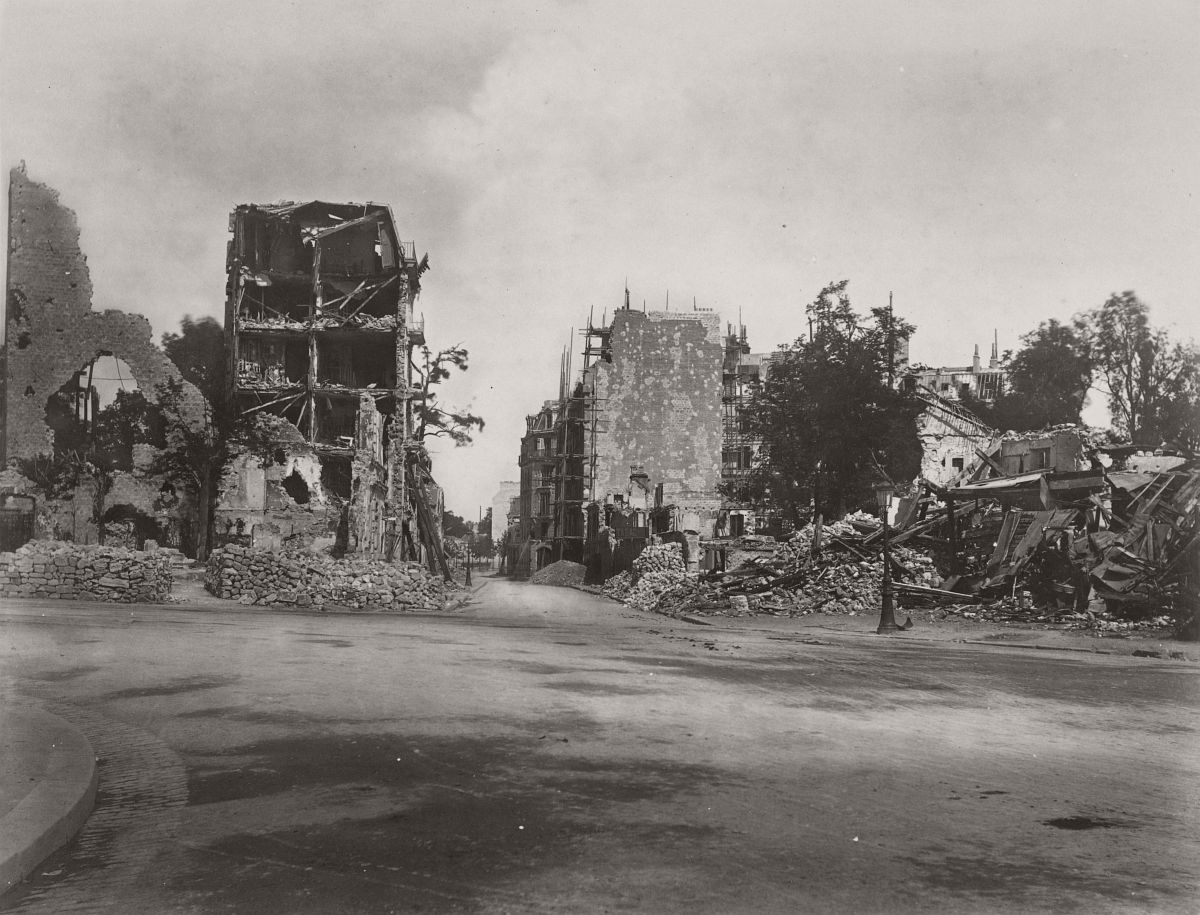 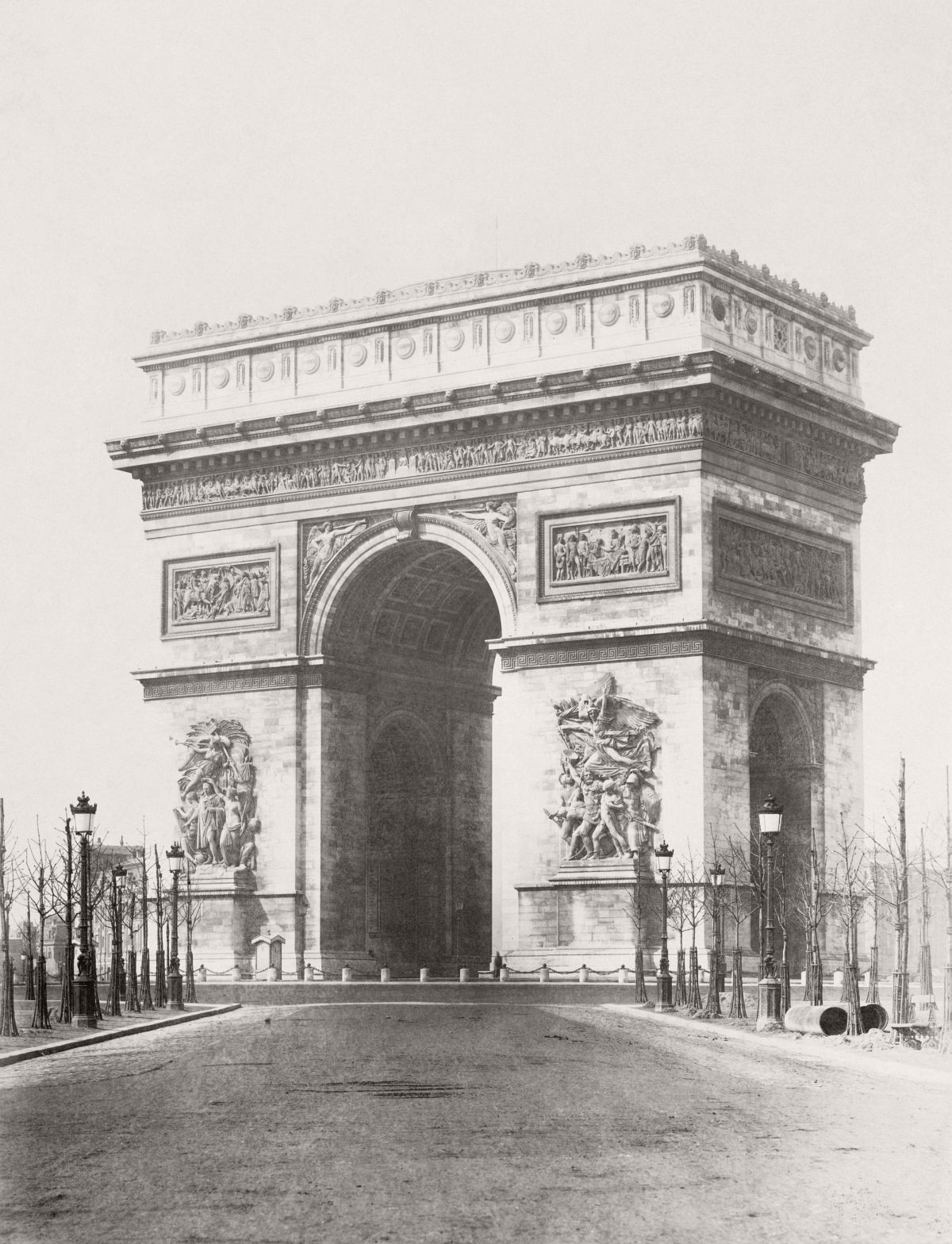