The current exhibition, featuring over 150 original photographs and numerous documents shown in display cases, presents a representative cross-section of the “People of the 20th Century” project.

The portraits from August Sander’s epochal work are not only of fundamental importance for the history of photography; they are also highly exciting objects of study – masterpieces for anyone who has an unsentimental, unbiased love of people and life; who likes to ask questions about the past and gather experiences for the future; who has a passion for looking, discovering, fantasizing, and analyzing: How do the people portrayed appear to us today? How did they spend their lives? What delighted or shocked them? What experiences left a mark on their faces, their hands, their physiognomy? What can they share with us from their own bygone world and times? How did Sander manage to meet and talk to so many different people, and to entice them into posing for a picture? What does the photographic material convey to us today – at a time when hardly any photographs are developed in the darkroom anymore and a kind of magic has thus been lost? What does time and manual craft mean for artistic engagement?

Viewed together, the people August Sander (1876–1964) depicted in such an objective yet dignified and personal manner unfold a whole cosmos that brings history to life. Looking at Sander’s photographs challenges us to search for similarities, differences, and comparable qualities. They summon memories of accounts from the past, render tangible transformations in people’s living conditions and way of life; we see occupations that have changed, which no longer exist or have been replaced; developments or events in society are made more vivid to us, as are changing pictorial styles and artistic aesthetics.

And yet apart from the referential character of Sander’s photographs, their historical relevance and inspirational force, qualities that have been highlighted by renowned authors such as Walter Benjamin, Alfred Döblin, Golo Mann, and Kurt Tucholsky, the pictures depict very concrete moments and display individually a remarkable degree of aesthetic quality. They compellingly demonstrate Sander’s knack at capturing reality and his eye for composing specific details into lifelike documentary photographs. Being able to experience this quality up close based on August Sander’s original handmade prints is a real privilege and something that can only be made possible on this scale in rare cases due to the conservation requirements of these so-called vintage prints.

August Sander first presented his project “People of the 20th Century” in 1927 at the Kölnischer Kunstverein. He had selected more than 110 prints, a group that, as far as can be reconstructed, largely diverges from the current presentation, let alone the fact that several different prints of individual motifs were and are in circulation. Since Sander developed the project or – as he called it – his cultural work “People of the 20th Century” between circa 1925 and 1955, i.e., over the course of three decades, also incorporating motifs he had produced from 1892 onwards, his stock of original prints and portfolios had grown immensely by the end of his life. Within his archive, this group of works forms a kind of cache from which the photographer drew freely for exhibitions and publications. This was a uniquely innovative approach in his day. Sander’s awareness of the exponential effect of image series as opposed to individual images made him a pioneer of conceptual photography, as did his resolute use of an unmanipulated, factual reproduction of his chosen motifs. His portraits were meant to underline his documentary approach and to do without any artistic embellishments while nonetheless manifesting a fine-tuned and restrained design.

Sander endeavored with his extensive portrait work to show a cross-section of the population, including people practicing different occupations and from various walks of life and generations – a mirror of his times. This intention is echoed in the title of his first book, Antlitz der Zeit (Face of Our Time), published in 1929. The indirectly expressed face of the time as well as individual physiognomies were the focus of the photographer’s undivided attention for decades.

To give form to his growing compendium, Sander created a concept in the mid-1920s for naming most of the image groups and portfolios that were at the center of his work. The groups are called: “The Farmer,” “The Skilled Tradesman,” “The Woman,” “Classes and Professions,” “The Artists,” “The City,” and “The Last People.” The latter, perhaps misleading, term stands for a series of pictures that respectfully show people on the fringes of society. Sander’s concept at the time, which proposed a sequential arrangement of groups and portfolios, is also followed in the current exhibition, drawing on single images or groups of representative prints from the corresponding portfolios.

Most of the photographs come from the August Sander Archive, which Die Photographische Sammlung/SK Stiftung Kultur acquired in 1992, thus laying the cornerstone for the Cologne photography collection’s further development. These works from the archive are joined in the show by exclusive loans of originals from the Berlinische Galerie, Museum für Moderne Kunst, Berlin; the J. Paul Getty Museum, Los Angeles; Museum Ludwig, Cologne; the Museum of Modern Art, New York; and the Pinakothek der Moderne, Munich, as well as from major private collections.

Accompanying the exhibition is the catalogue August Sander – Meisterwerke/Masterpieces, published in German and English by the Schirmer/Mosel Verlag. This is the first publication on the photographer to feature original prints reproduced in their authentic tonality and with original cropping. Digital data obtained by scanning the originals were coordinated according to many different factors and then printed in four colors. Gabriele Conrath-Scholl has written a catalogue essay that explores in depth how “People of the 20th Century” developed over time, adding a new chapter to the discourse on August Sander’s oeuvre, which has played a central role in the program of the Munich publishing house ever since it published Sander’s “Rheinlandschaften” in 1975, followed by numerous additional titles. 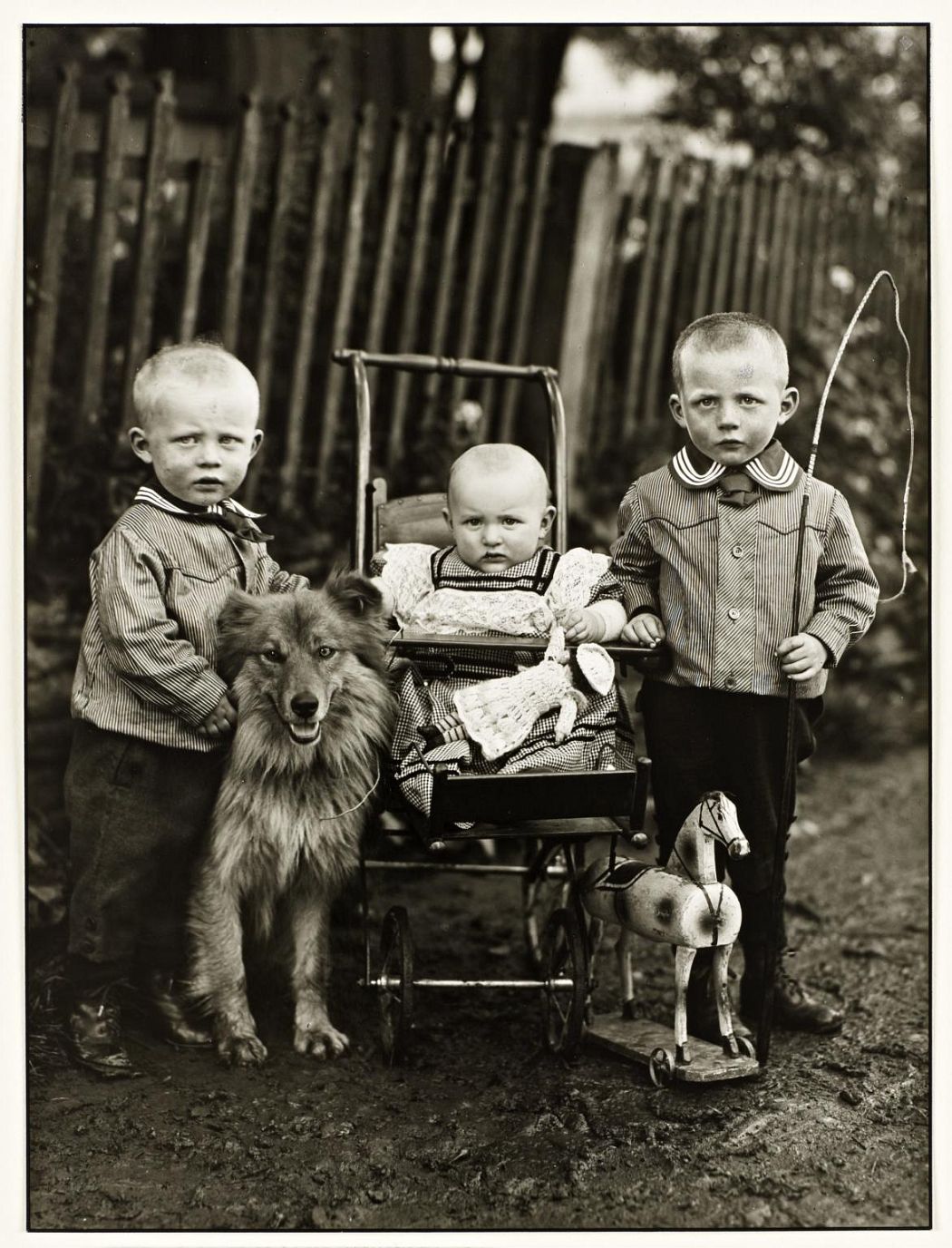 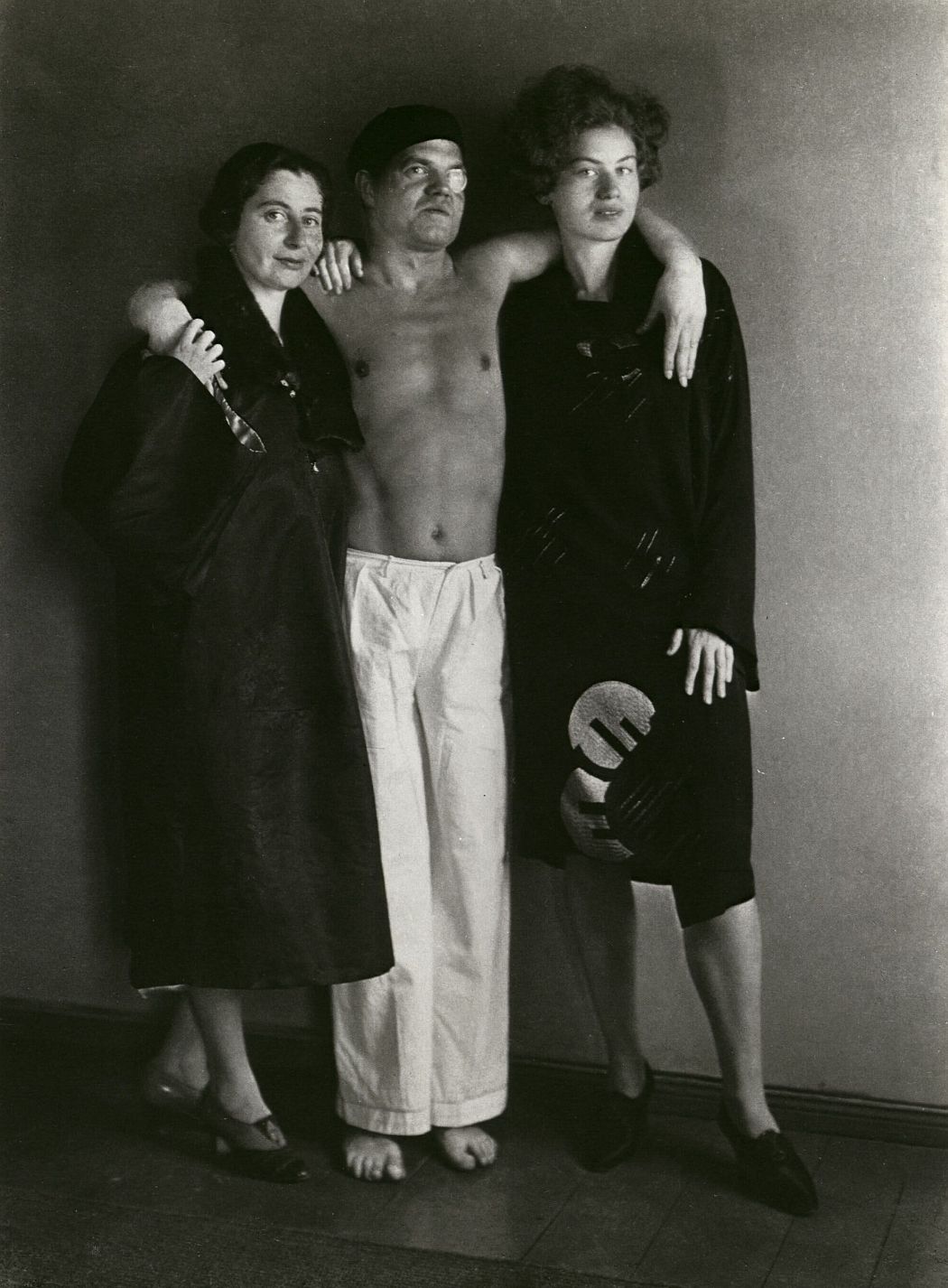 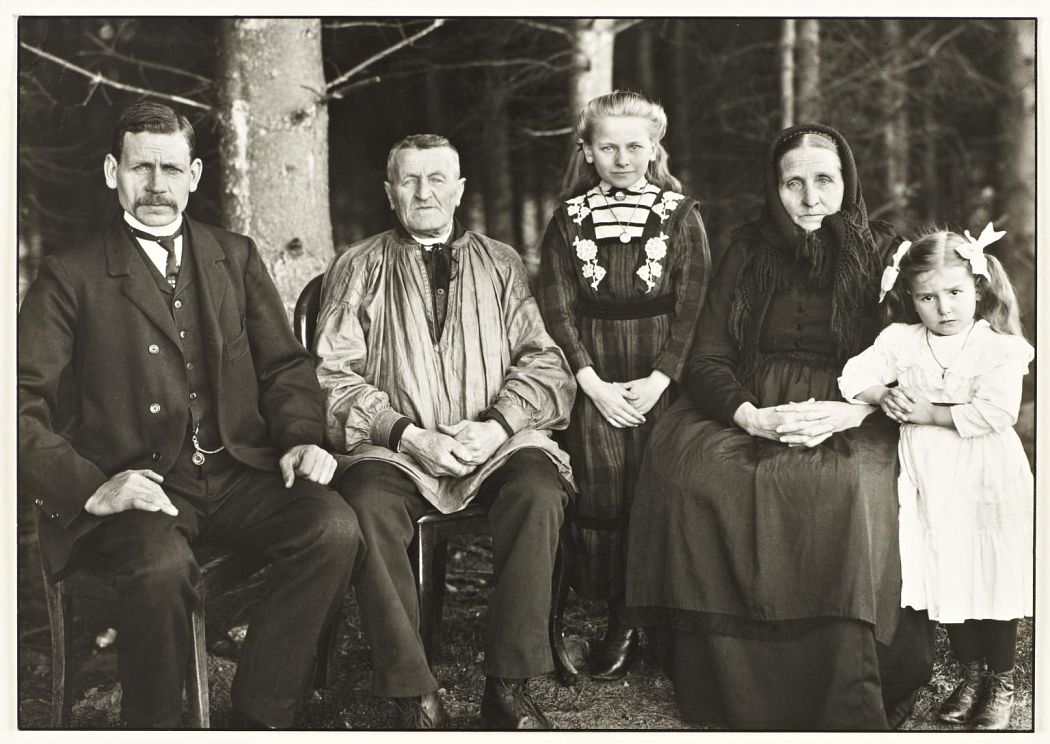 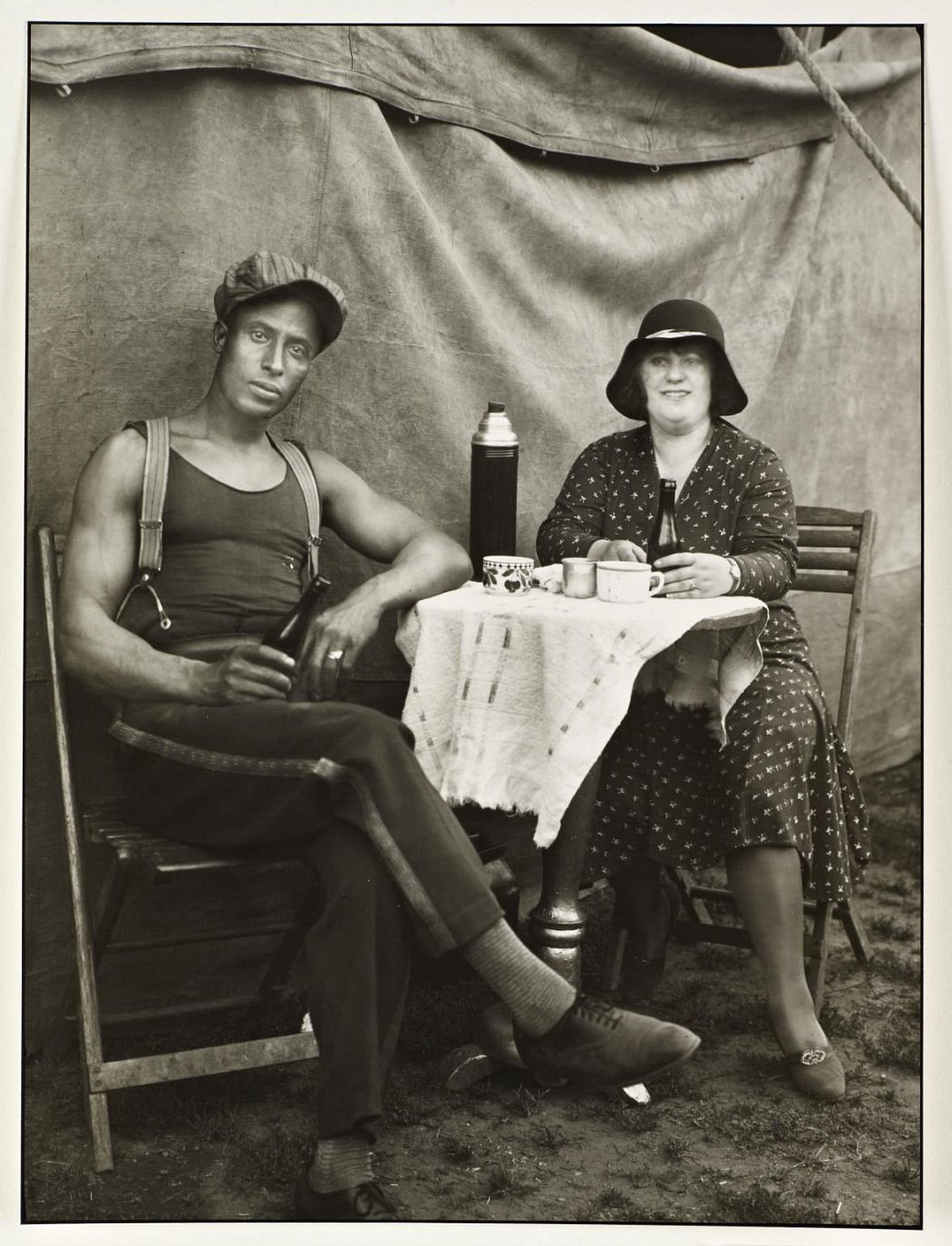 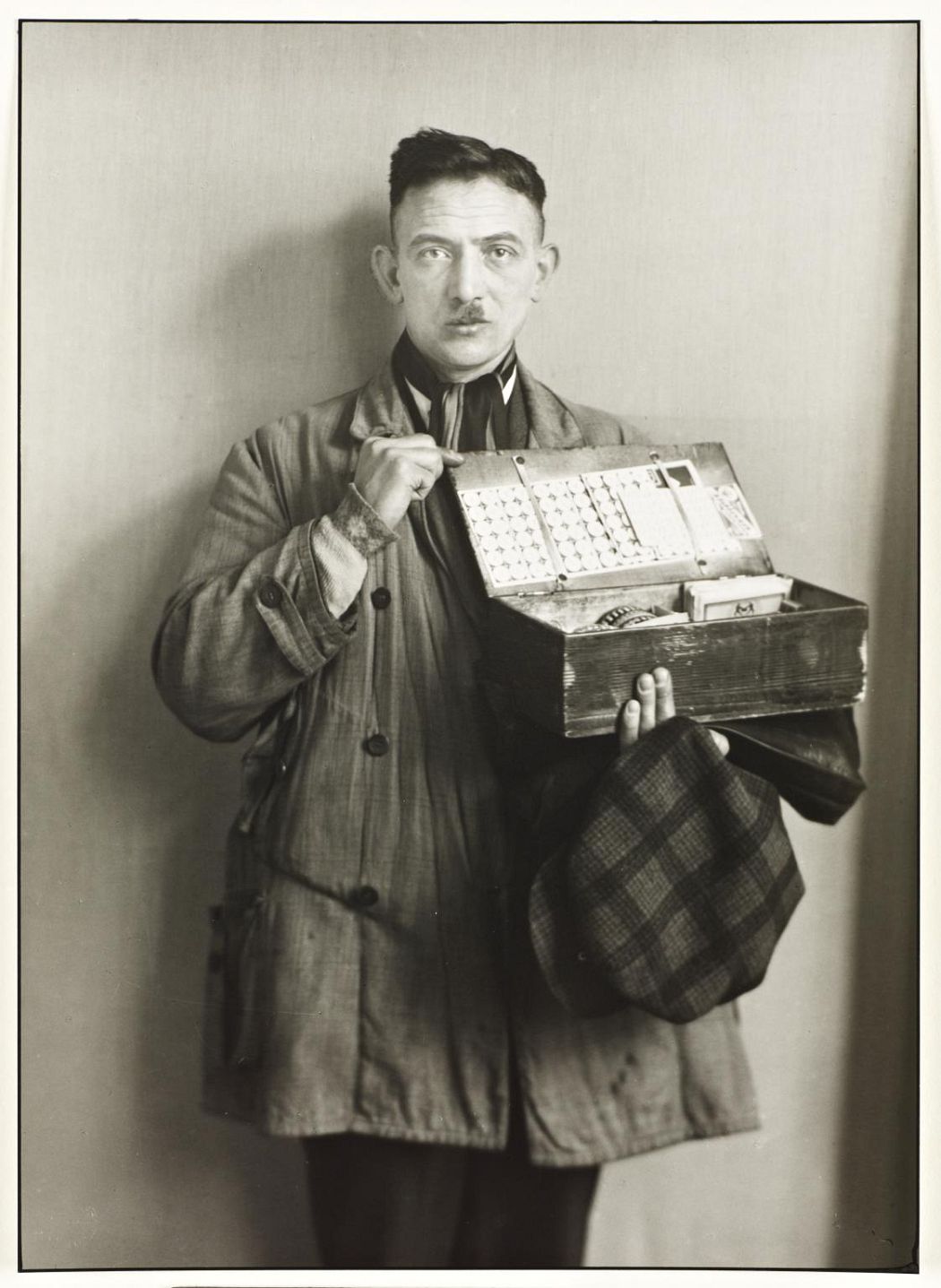