Home › News › Andrew Joseph Russell and Alfred A. Hart: The Race to Promontory: The Transcontinental Railroad and the American West

The completion of the transcontinental railroad at Promontory Summit on May 10, 1869, was as celebrated a national event as the first moon landing, exactly a century later. The first major news event carried “live” from coast-to-coast, telegraph wires were attached to the final spike, and as it was gently tapped with a silver maul, the strokes uniting East and West were heard across the country. Almost overnight, the country was transformed, and no medium was better suited to capture this historic moment than the equally contemporary invention of photography.

Engaged by the Union Pacific and Central Pacific to document the construction of the transcontinental railroad, Andrew J. Russell and Alfred A. Hart made imperial-plate photographs and dramatic, three-dimensional stereographs that captured the grand ambitions of the railroads, the underlying principles of Manifest Destiny, and the visual splendor of the West. Marked by a directness of observation and an appreciation for the often stark facts of western geography, their images are both practical and lyrical—prosaic records revealing a landscape alternately intriguing, peculiar, challenging, and even elegant. They offer an extraordinary account of the American West at the very moment of its transformation by the greatest industrial accomplishment of the nineteenth century.

Highlighting the exhibition is the reunion of three of the four ceremonial spikes from the celebration at Promontory Summit, which have not been seen together since that momentous day—a gold spike from California, presented to Leland Stanford, President of Central Pacific Railroad; a silver spike given to both railroads by the State of Nevada; and a gold and silver spike given by the Territory of Arizona to Union Pacific.

Andrew Joseph Russell and Alfred A. Hart
The Race to Promontory: The Transcontinental Railroad and the American West
October 6, 2018 – January 6, 2019 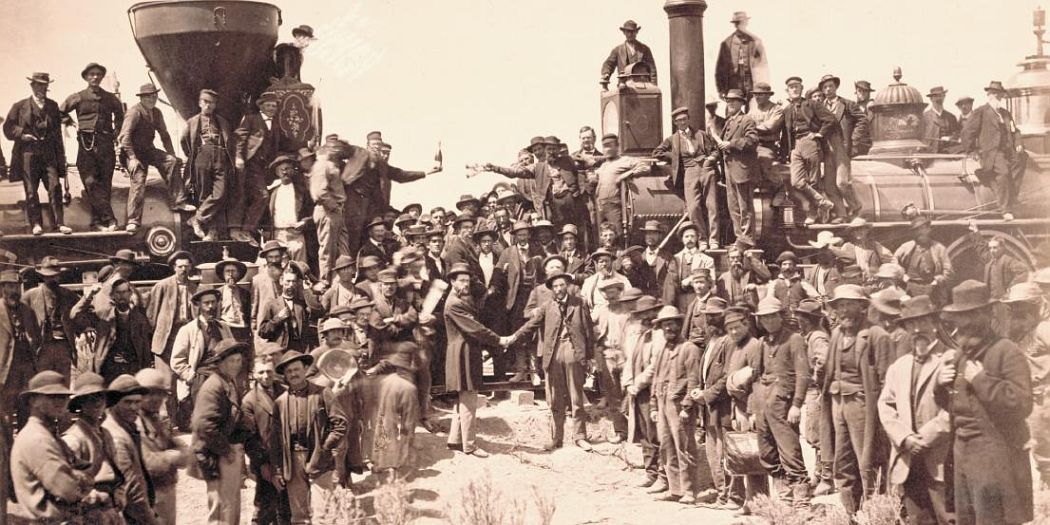 A stereo card, plate number 134, taken by Alfred A. Hart in California circa 1864. Seventeen miles from Sacramento, a locomotive travels over Dry Creek Bridge, south of Roseville, California. Part of the “Scenes in the Sierra Nevada Mountains” stereo card album collection. 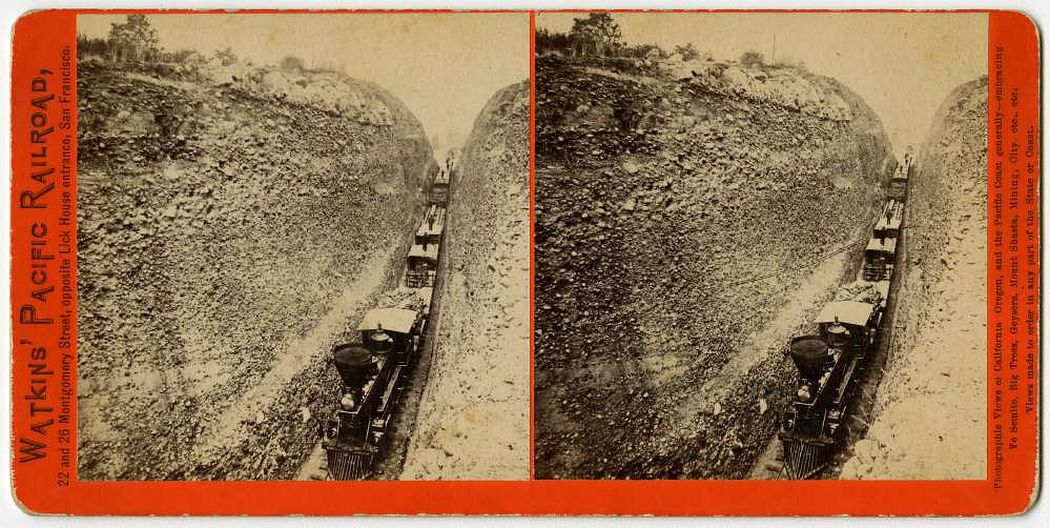