Financed and distributed by American studio Metro-Goldwyn-Mayer, 2001: A Space Odyssey was filmed and edited almost entirely in England, using the studio facilities of the MGM-British Studios and those of Shepperton Studios, mostly because of the availability of much larger sound stages than in the United States. Production was subcontracted to Kubrick’s production company and care was taken that the film would be sufficiently British to qualify for subsidy from the Eady Levy. Having already shot his previous two films in England, Kubrick decided to settle there permanently during filming. 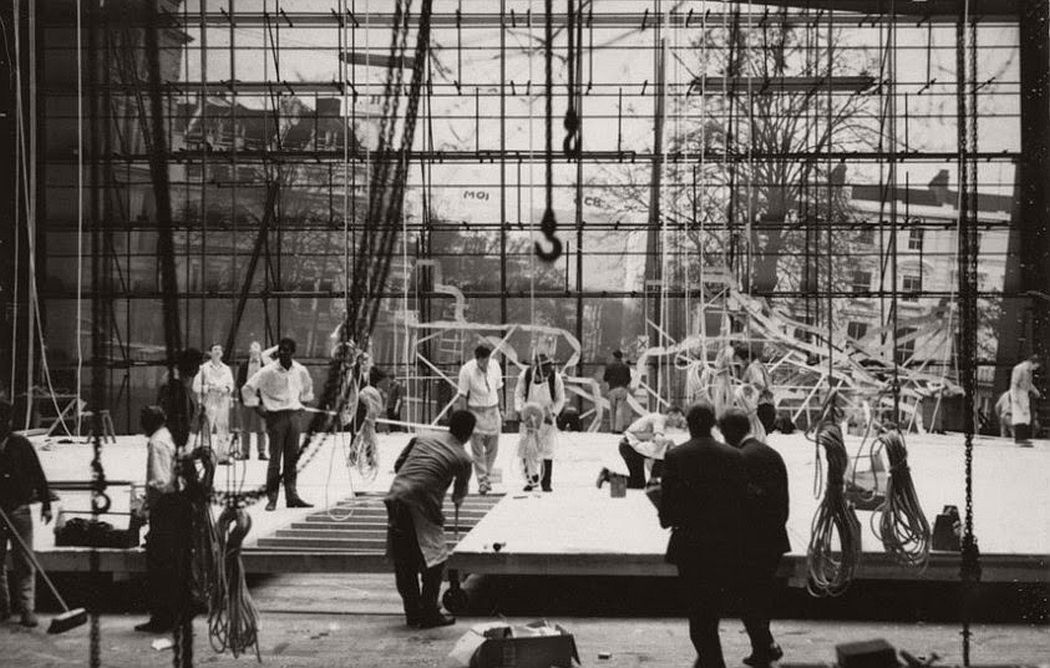 The majority of filming took place at MGM Borehamwood, Elstree and Shepperton Studios in England. 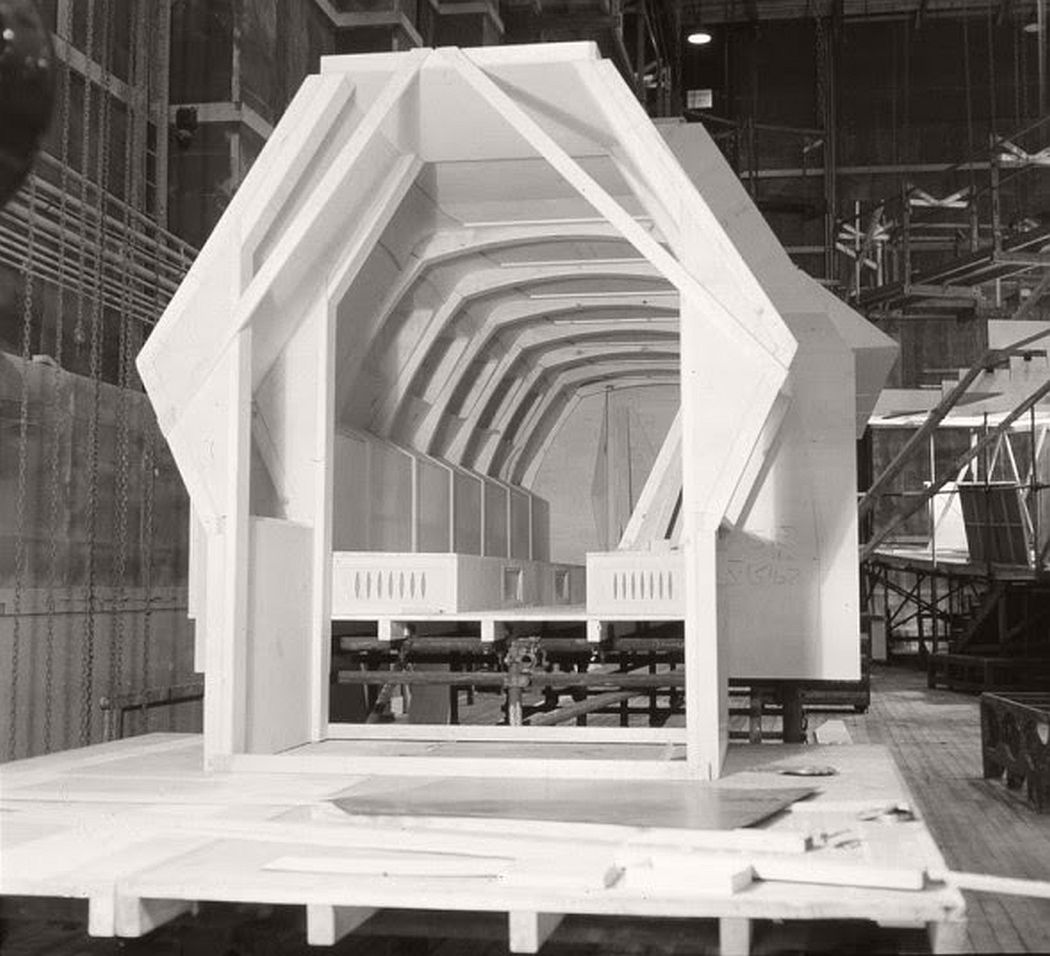 The wooden construction that would form the film’s Moonbus vehicle. 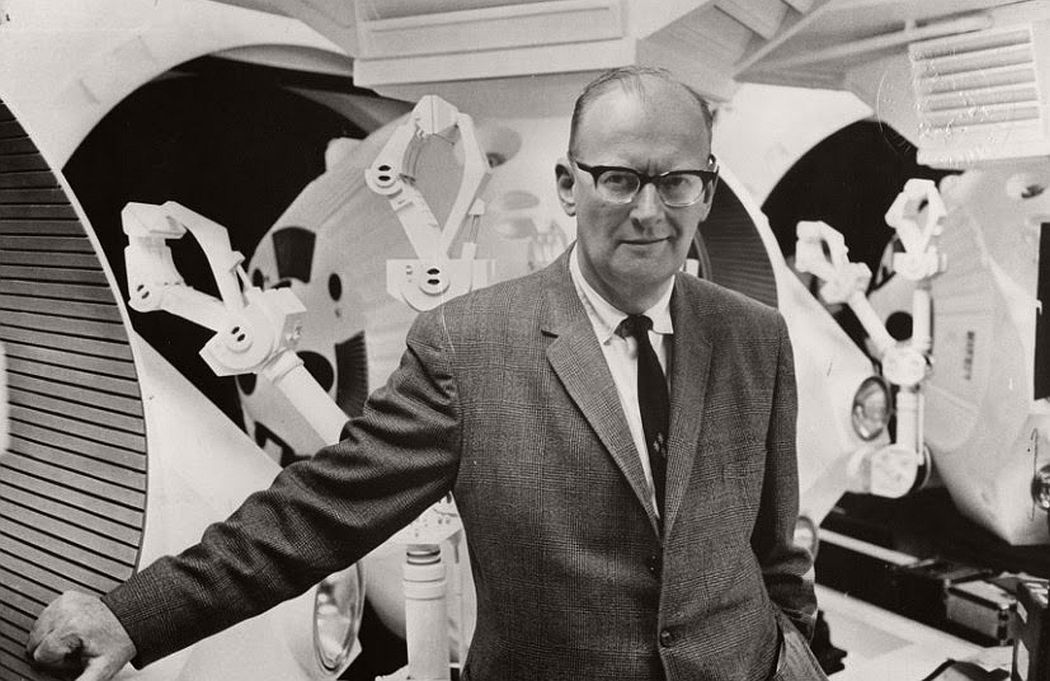 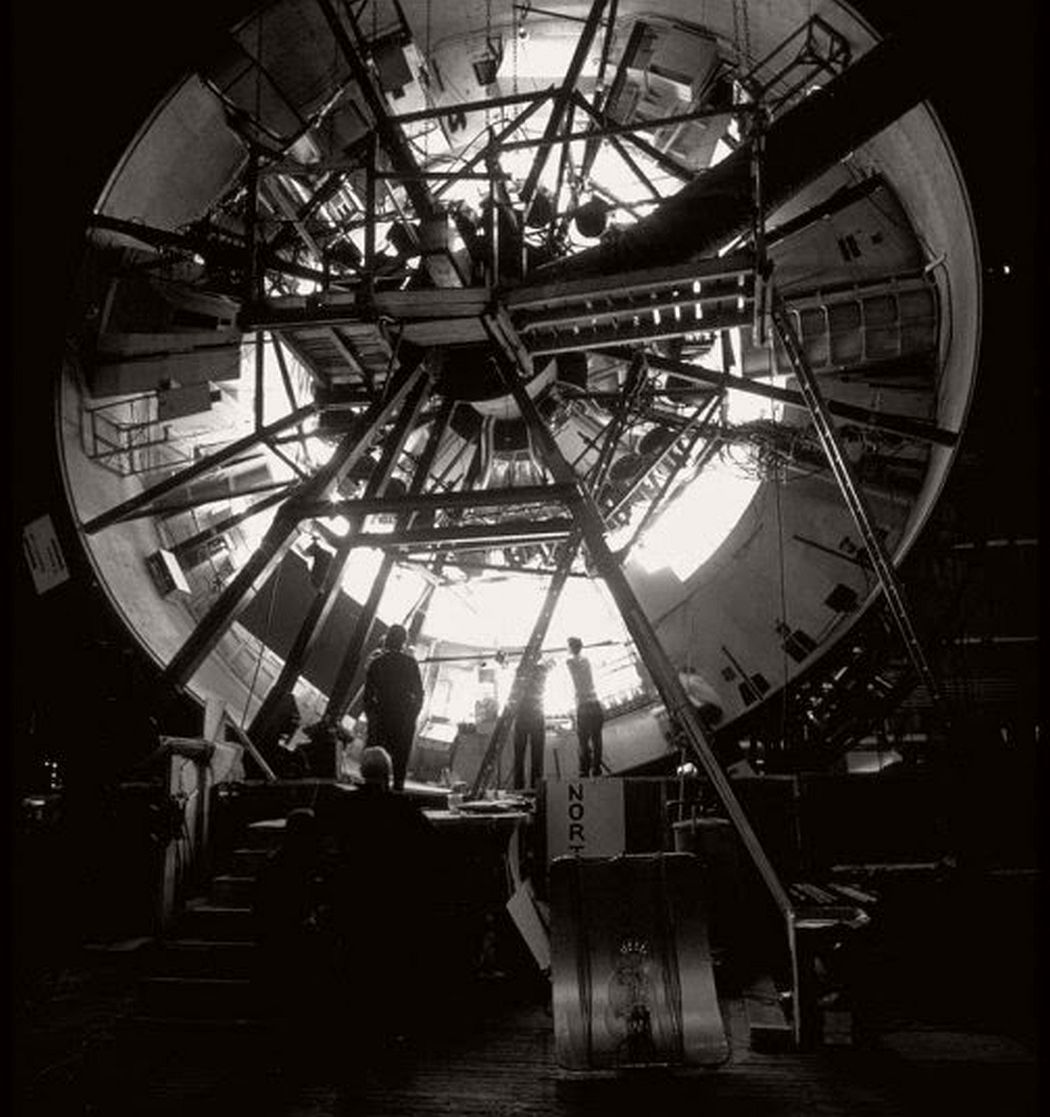 Constructing the rotating centrifuge for the Discovery spaceship cost $750,000. 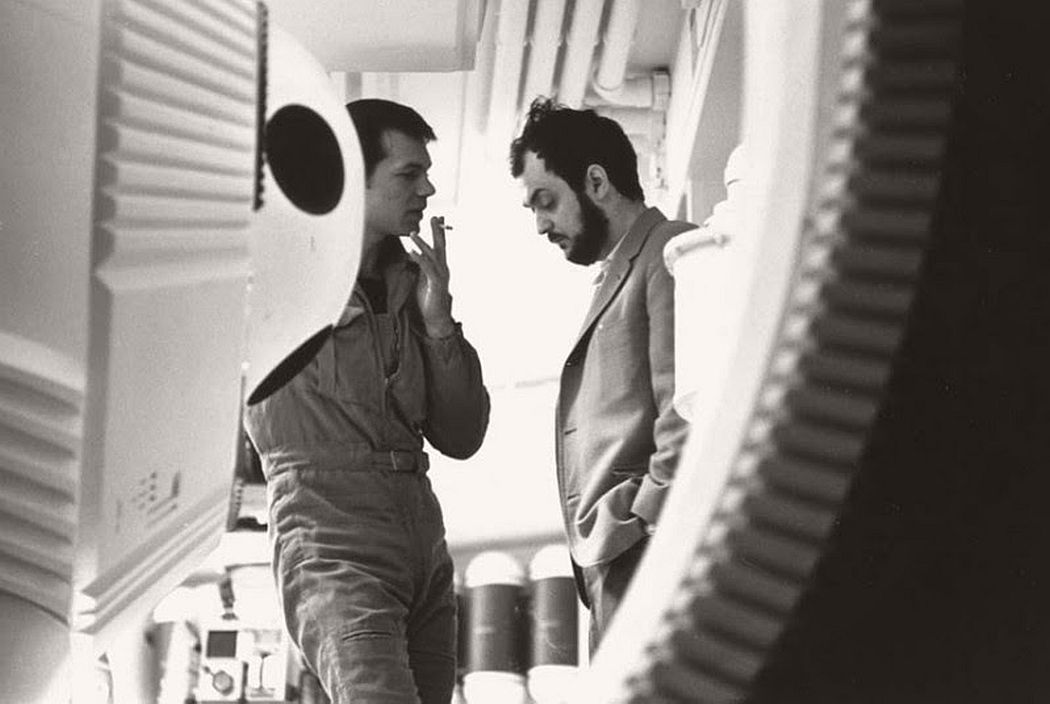 Gary Lockwood, a long-time fan of Kubrick’s work, started out his film career as a stuntman. 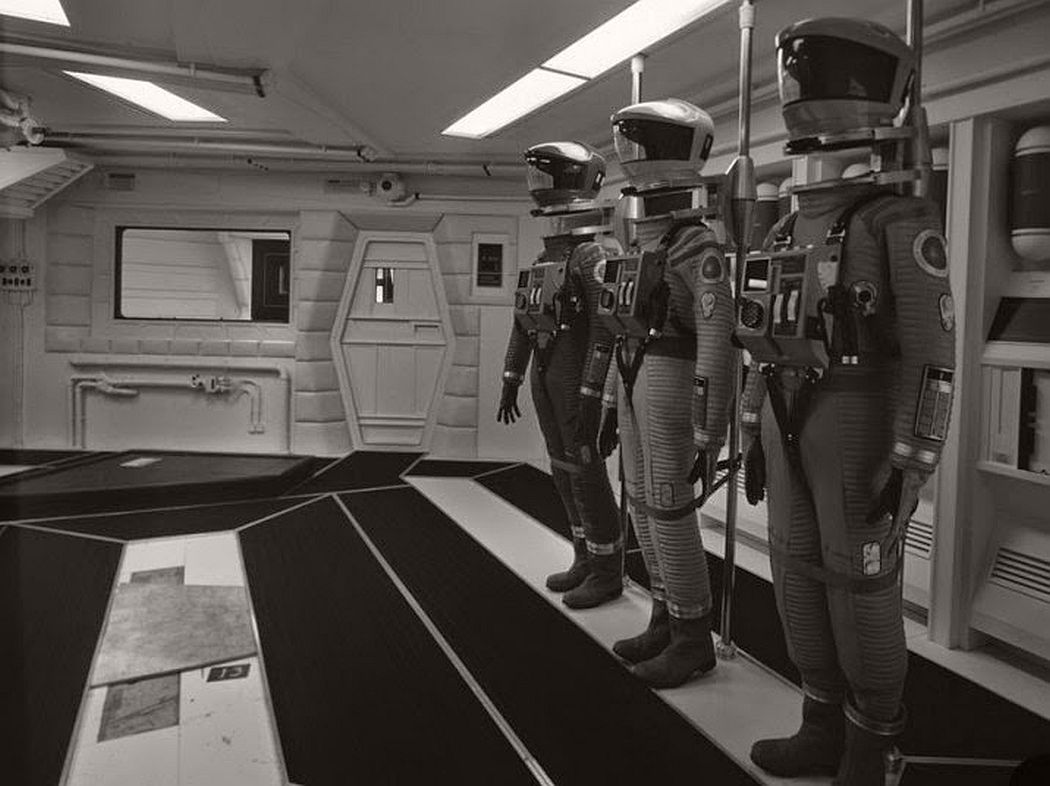 The primary coloured space suits were used onboard the Discovery, along with a fourth green suit. 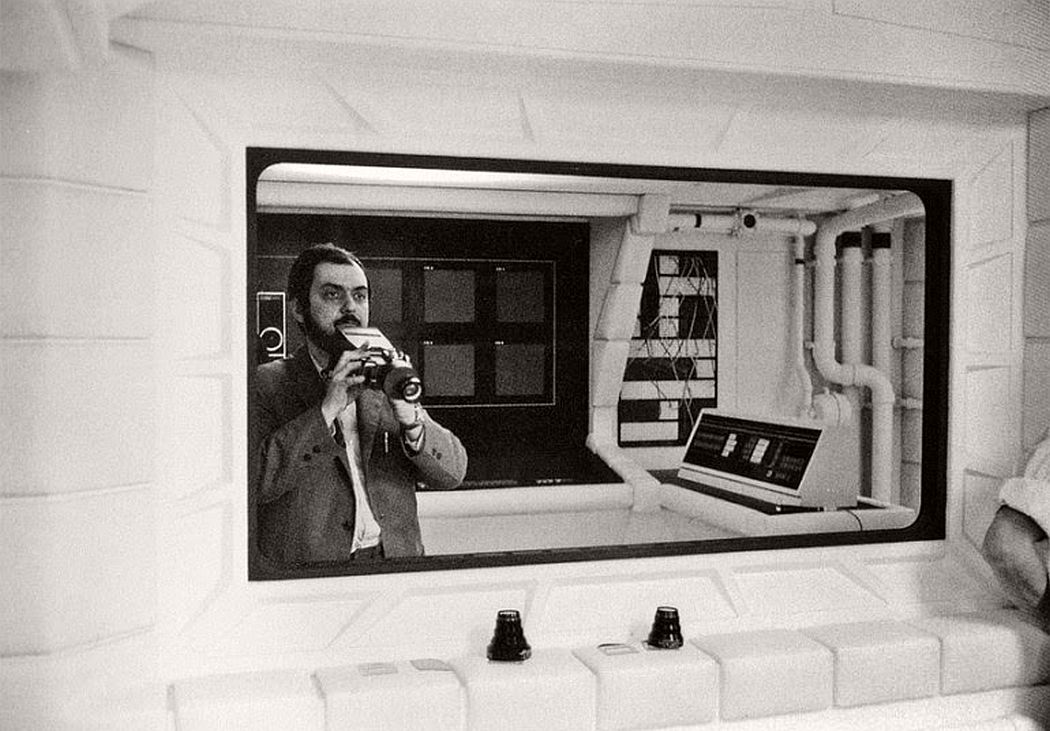 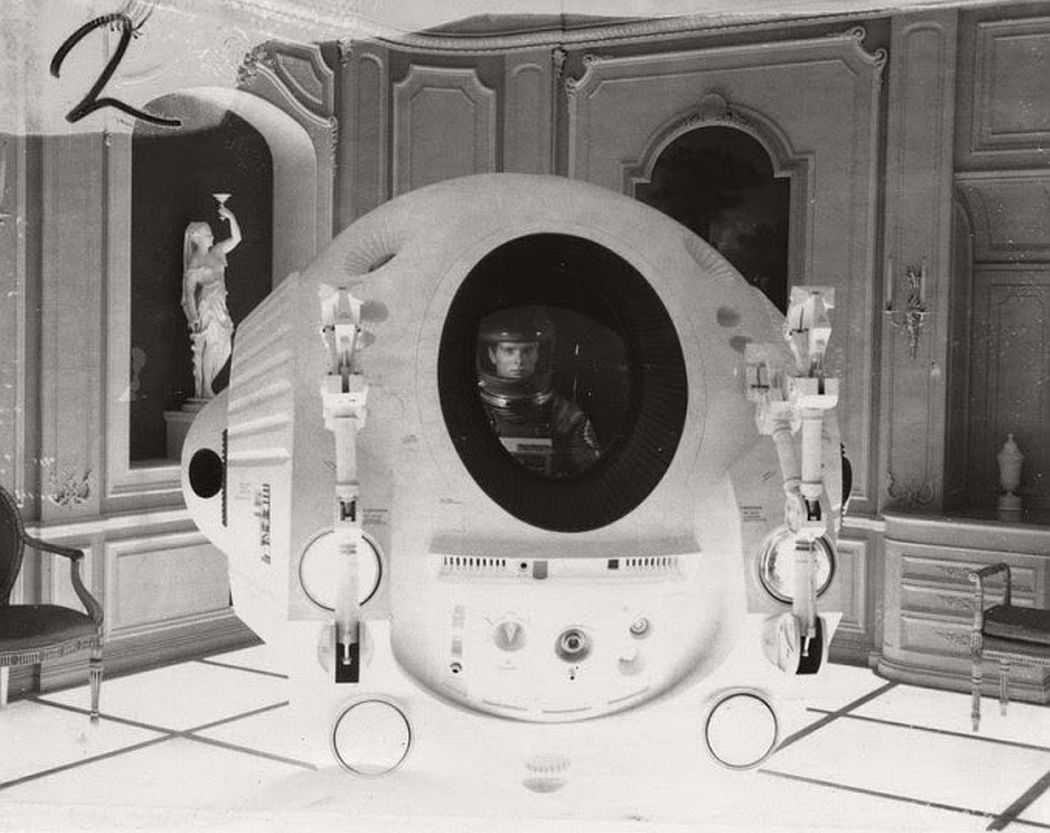 An EVA (extra-vehicular activity) pod, carried on board the Discovery One spacecraft. 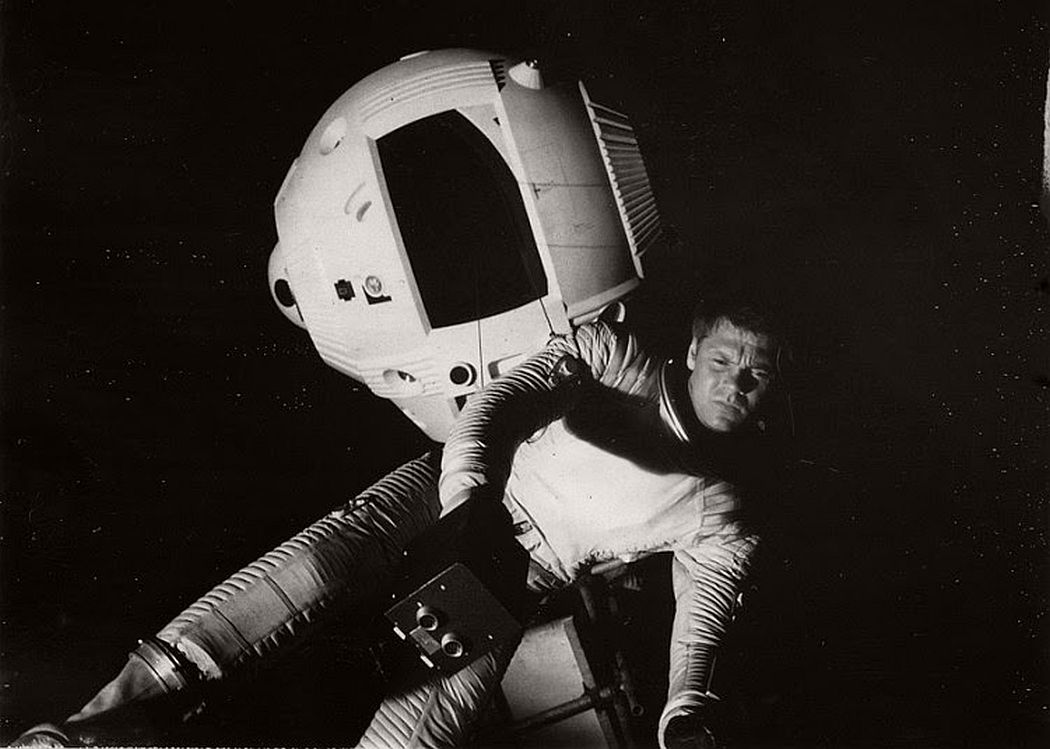 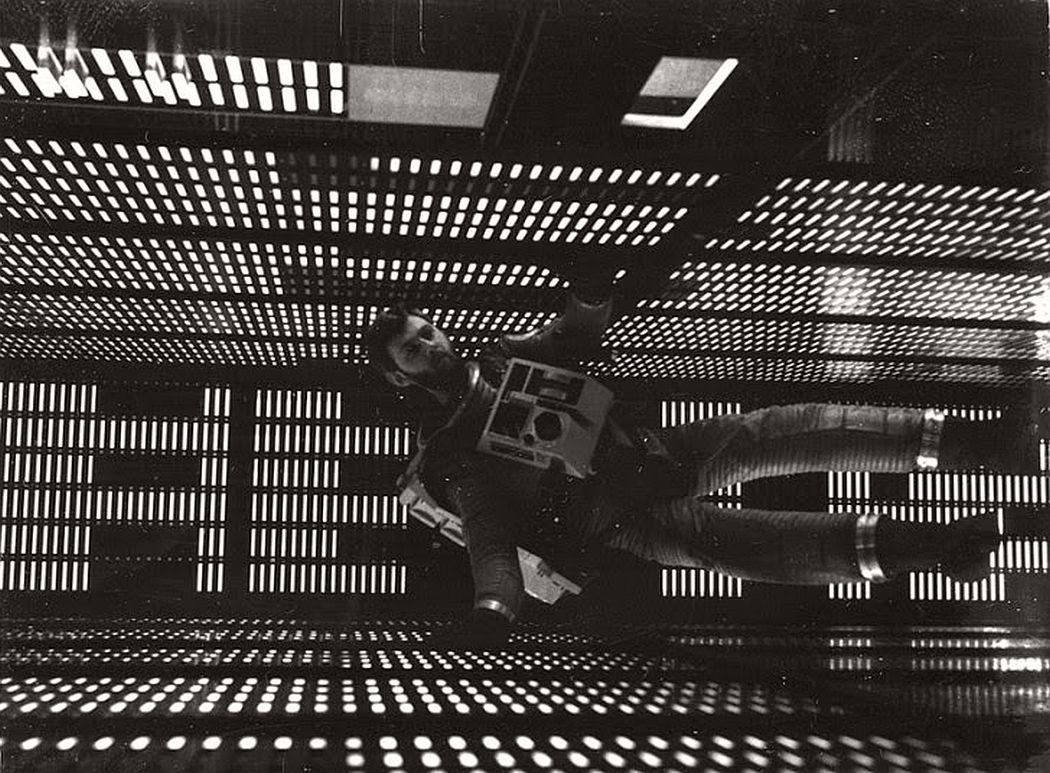 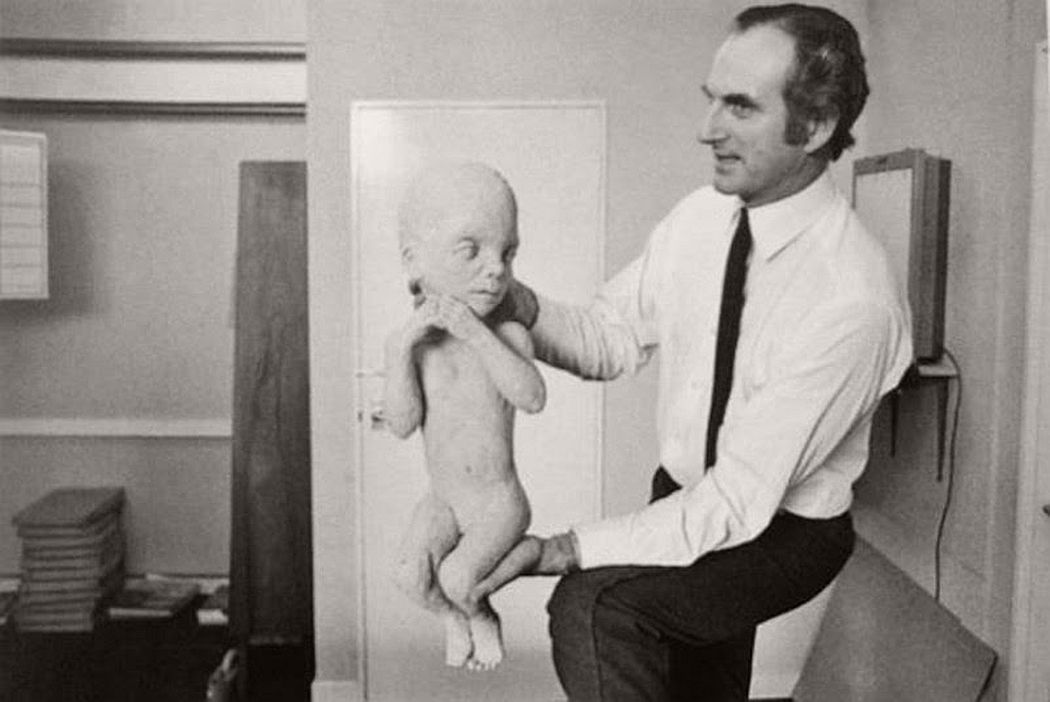 The “star child”: Dullea’s character is transformed into this open-eyed fetus at the end of the film. 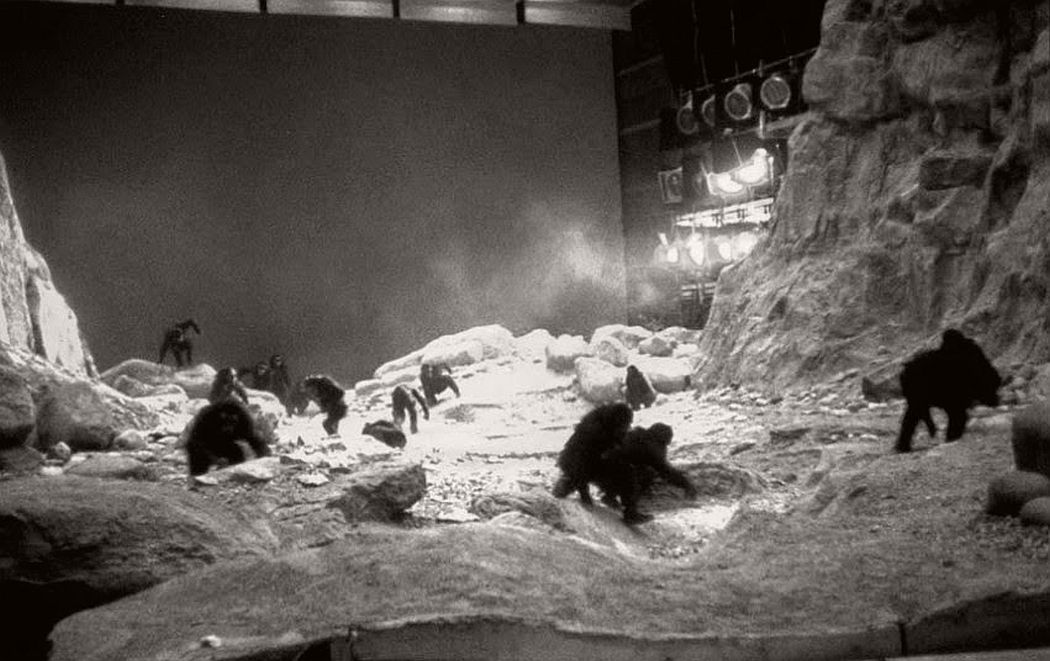 The film opens with a group of shrieking apes in the ‘Dawn of Man’ sequence. 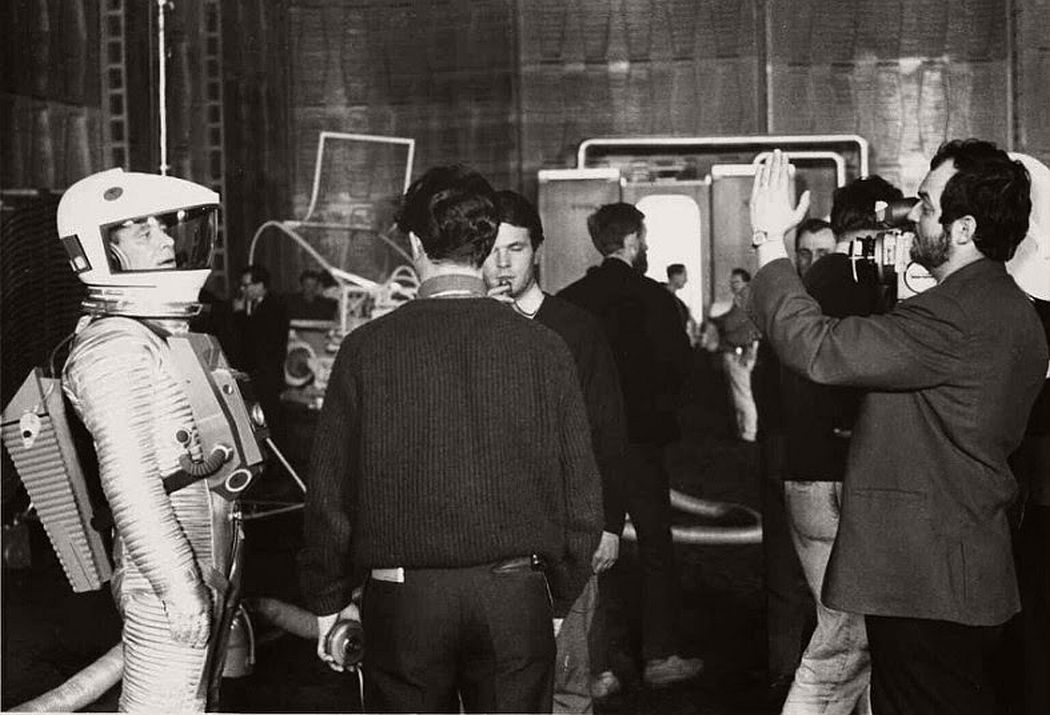 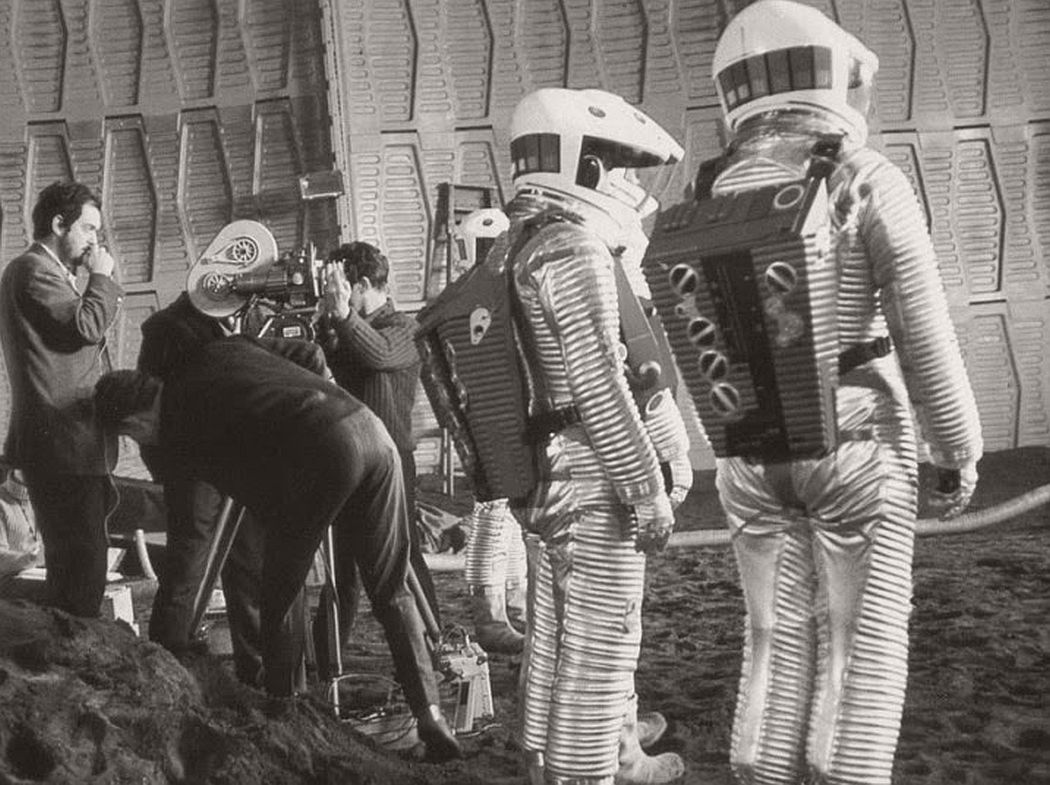 Keir Dullea and Gary Lockwood star in the third ‘act’ as two astronauts on a voyage to Jupiter. 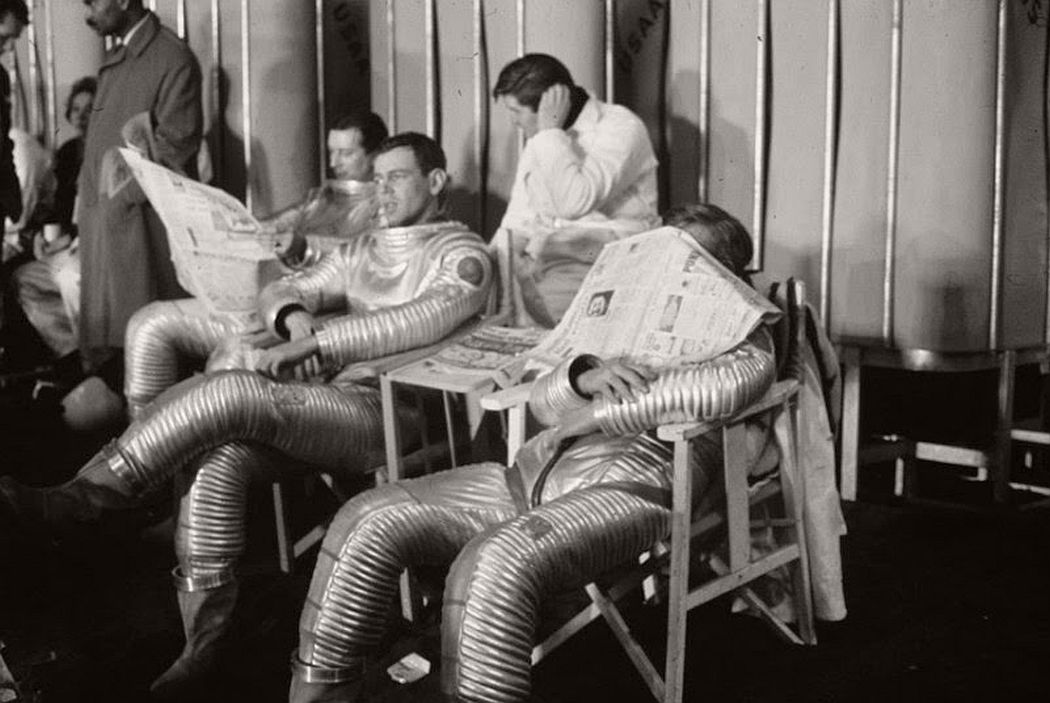 The astronauts take a break on-set. 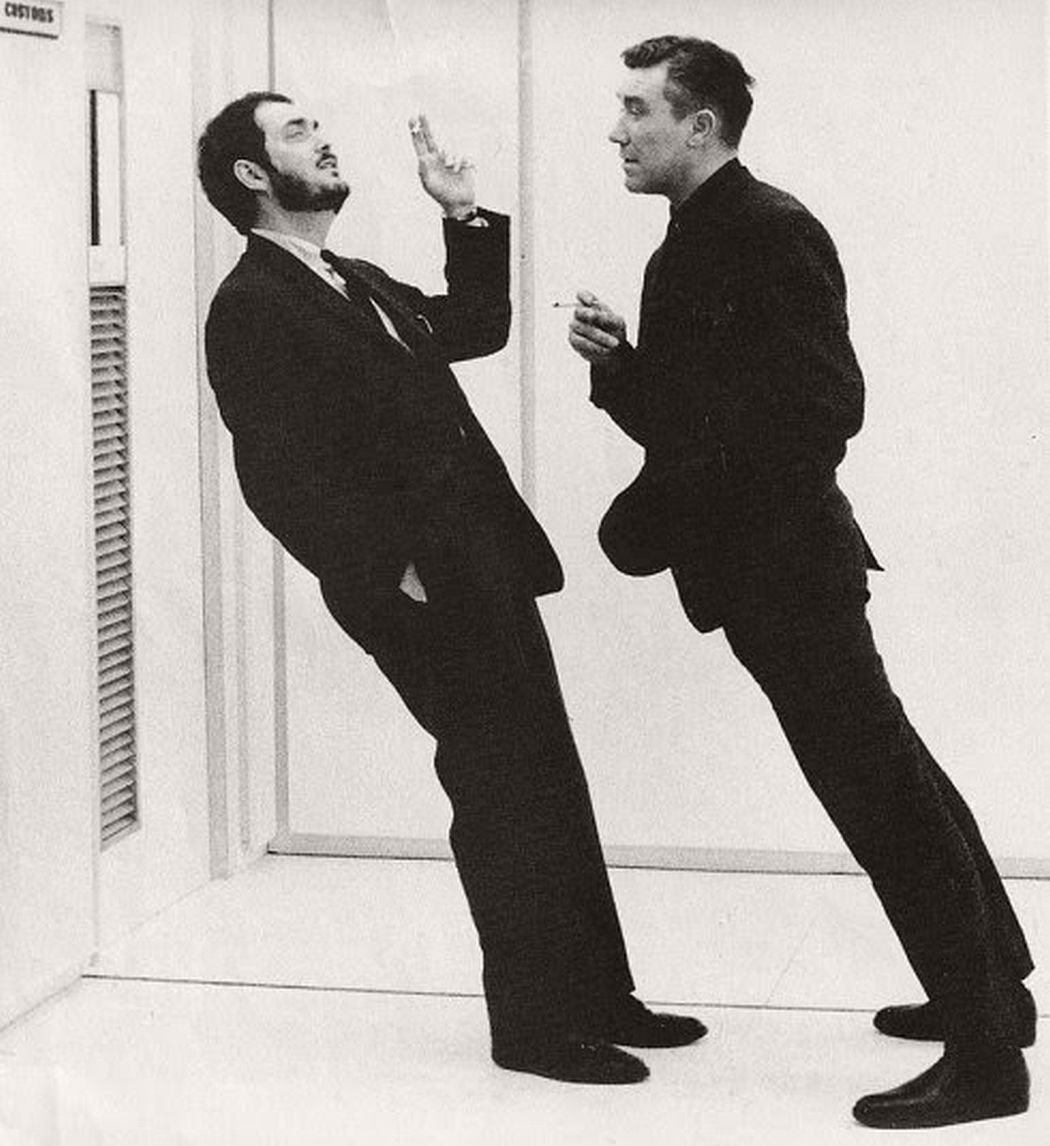 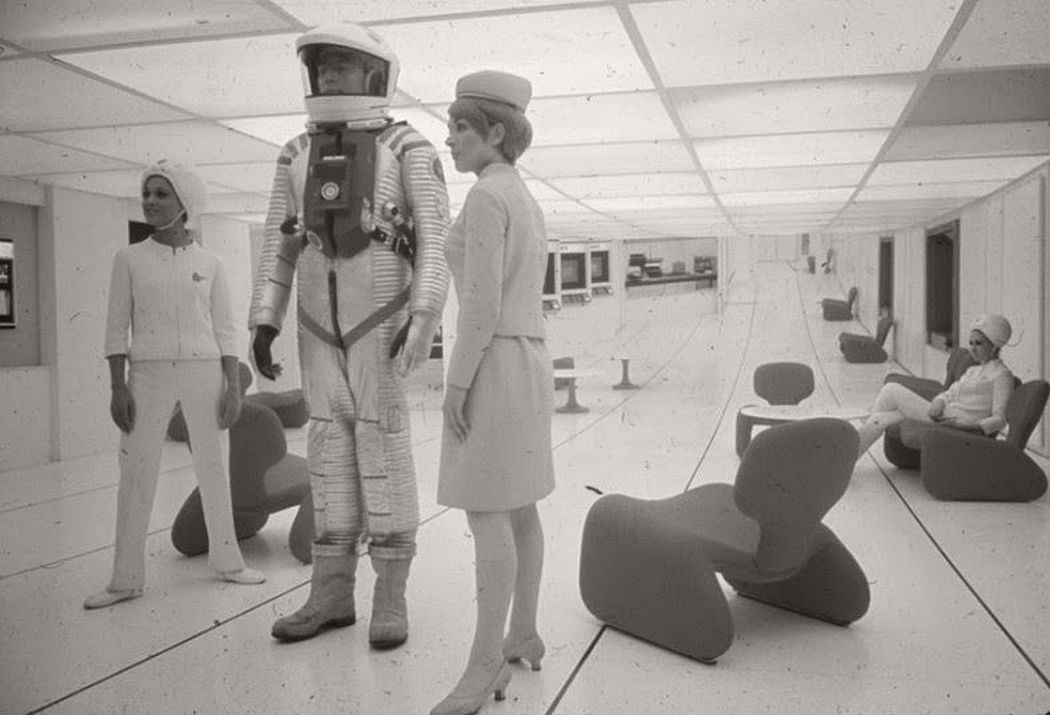 Edwina Carroll, Penny Brahms and Heather Downham as stewardesses onboard the space station. 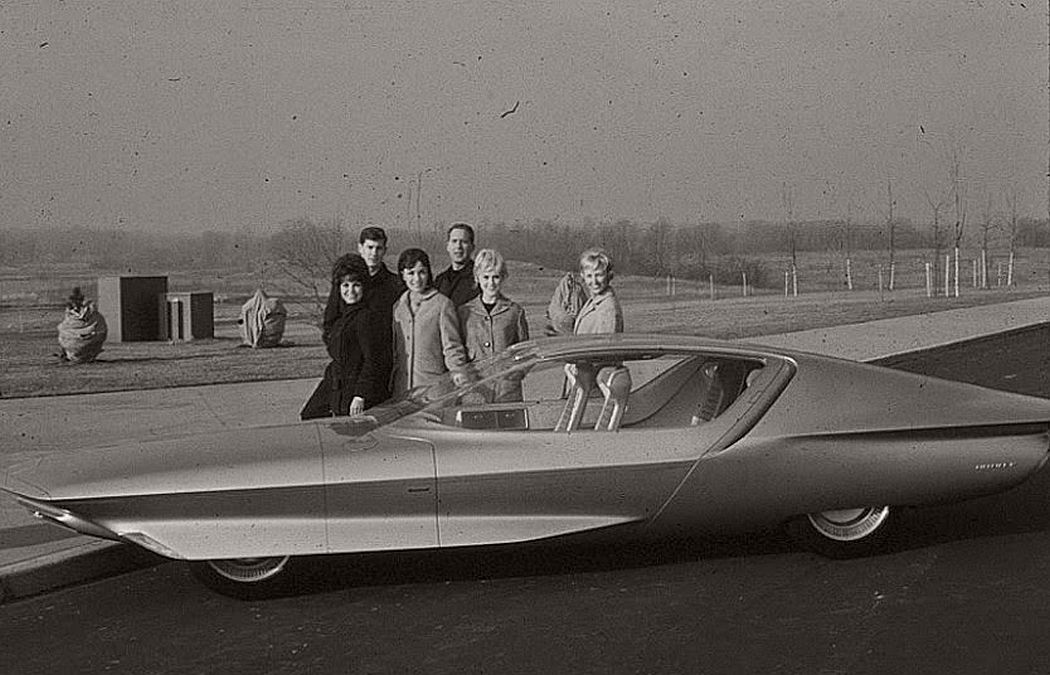 Kubrick asked companies to provide designs for futuristic products to be used in the movie, such as this prototype car.