Focusing predominantly on his most prolific decade, the 1940s, the exhibition presents more than 40 images including rare work as well as a number of prints that solidified his extraordinary legacy. An opening exhibition will be held on Thursday, February 16 from 6-8 p.m.

As a photographer and photojournalist, Arthur Fellig (Weegee) was in his own words “spellbound by the mystery of murder.” His uncanny ability to make early appearances at scenes of violence and catastrophe earned him the name Weegee (appropriated from the Ouija board). His film noir style and dry wit combined with his sensational images of the naked city, often taken at night with a strong flash, have earned him a reputation as one of the greatest street photographers of the 20th century.

Among the highlights in the exhibition will be a 1936 self portrait of Weegee getting his own mug shot at a police station. A series of portraits of people looking up in the sky from 1945 depicts children, a police officer, a man with a telescope, and a nun all watching a fire. A 1943 image entitled The Critic, depicts a disdainful onlooker checking out two ornately dressed women on their way to the opera. A touching photograph from c. 1944 shows two animal caretakers sleeping next to a pen with two giraffes at Madison Square Garden. 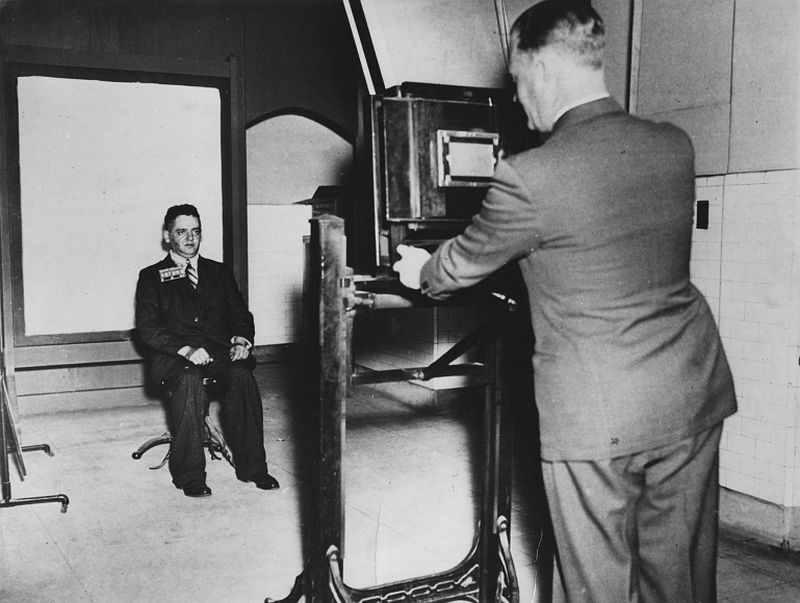 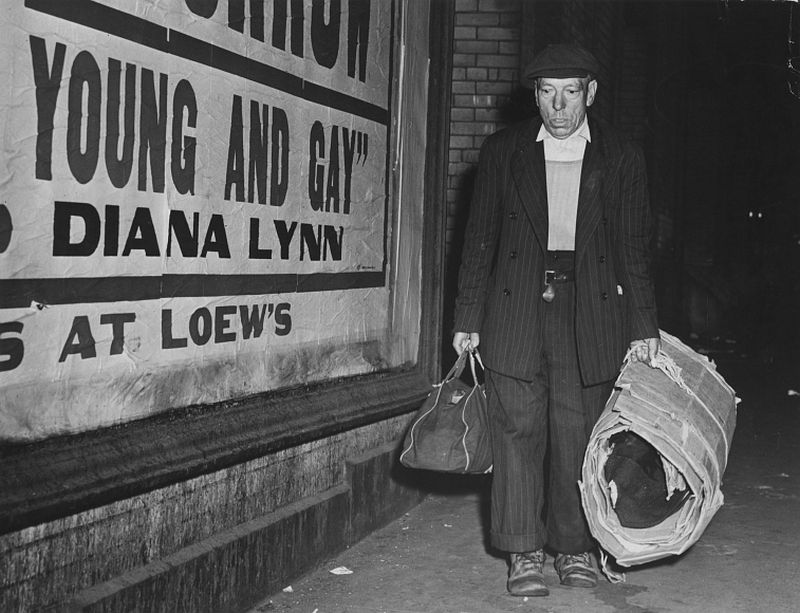 A bowery bum with all his possessions moving about town, c.1940s. Photo: Weegee 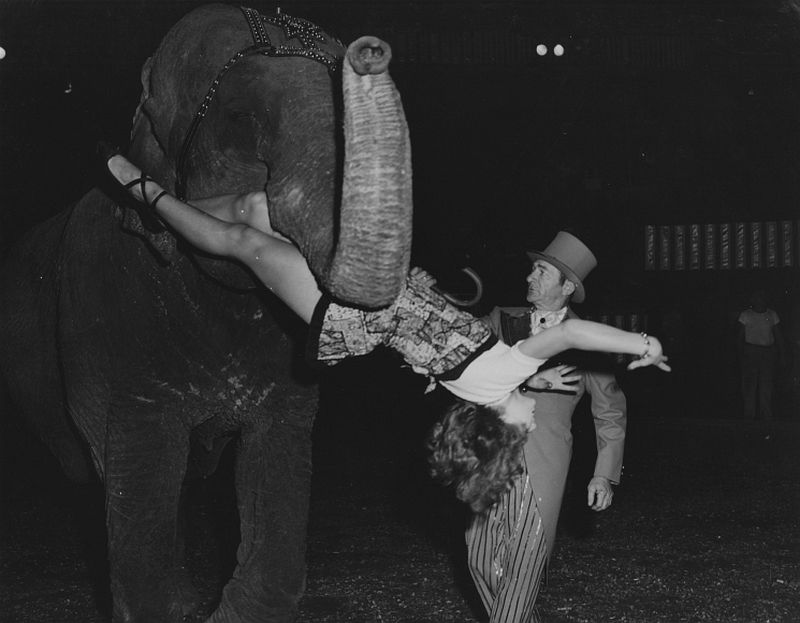 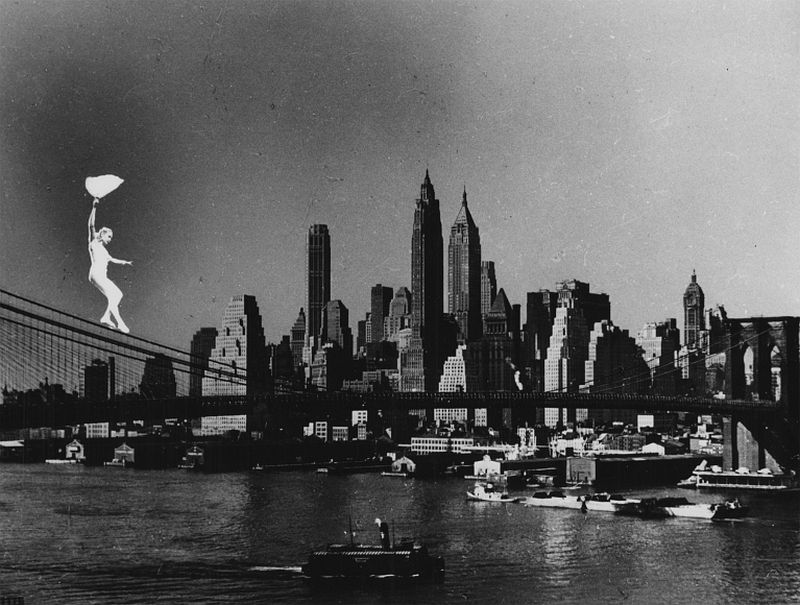 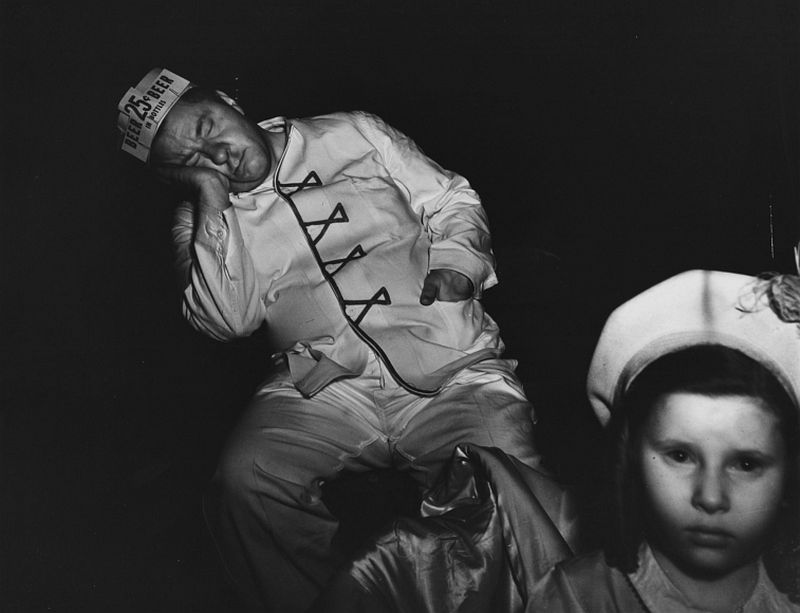 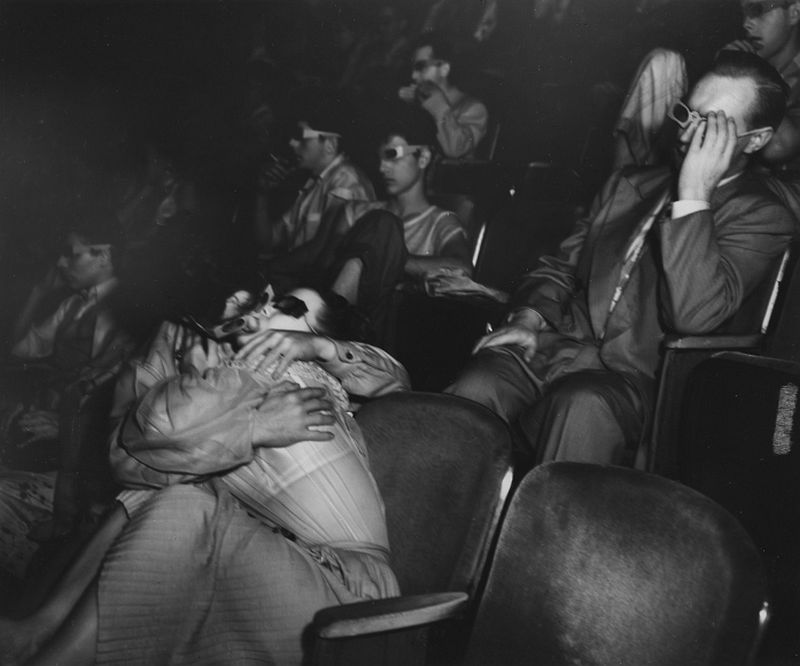 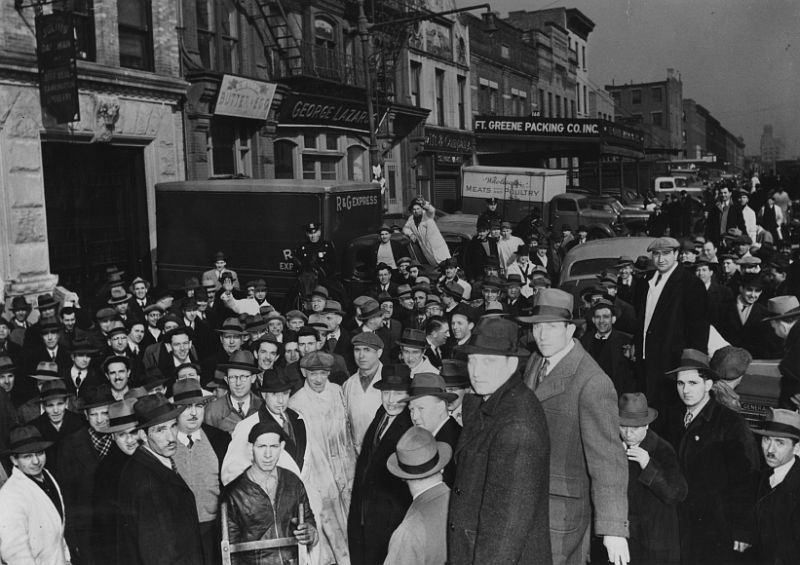