Walter Bosshard (1892–1975) was the first Swiss photojournalist to become internationally famous as a result of his reportage. As early as 1930, his photo reports had already reached an audience of millions. From 1931, Bosshard concentrated on China.As a photographer and writer, he followed the devastating war with Japan and the power struggle between nationalists and communists, but also dedicated himself to everyday life and street scenes. As well as the classics, this exhibition by the Fotostiftung Schweiz also presents many unknown photographs, which have only recently come to light. These are juxtaposed with China photos by the star reporter Robert Capa. Capa worked in the same places as his friend Walter Bosshard and competed with him for features in the magazine Life.

Walter Bosshard laid the foundations for his career in 1927/28 as a photographer for the German Central Asia Expedition, which took him to the Himalayas and the Taklamakan desert. As early as 1930, he received a large commission from the Münchner Illustrierte Presse and the then-leading Berlin Dephot photo agency. Over the course of eight months or so, he was able to travel all over India in order to report on the independence movement. During this period, he succeeded in capturing a number of sensational portraits of Gandhi, which were published all over the world. In 1933, Bosshard relocated to Beijing and became one of the most productive and highly regarded Asia correspondents of his time. His most important platforms were the Berliner Illustrierte Zeitung and sister titles from the publisher Ullstein, the Münchner Illustrierte Presse and the Zürcher Illustrierte. Later followed American and British media such as Life and Picture Post, before he finally accepted a permanent position as correspondent for the Neue Zürcher Zeitung (NZZ) (NZZ).

Bosshard’s regular activity as a special correspondent in China began in 1931. The opening of the first Chinese National Assembly, the advance of the Japanese plus the power struggle between the nationalists and communists offered exciting material for the international media. More so than most other reporters, Bosshard followed the developments in the Sino-Japanese war from close quarters. He took photographs on the front, and was committed to informing his readership, but he also took portraits of the most important politicians, generals and warlords; not only on the Chinese side but the Japanese side too. He was among the first to report on the great Japanese offensive of 1937, which saw the Japanese capture, one after the other, the major cities of Beijing, Tianjin, Shanghai and Nanjing.

1938 was a key year in Bosshard’s photojournalistic career. Like other western correspondents, he resided in Hankou, the temporary Chinese capital, which for months was subjected to the most severe Japanese bombing. Hankou was without doubt the media hotspot of that time. One of the observers was the already-famous photographer Robert Capa. He was especially interested in the communists’ resistance struggle against the nationalist Kuomintang government. In this movement he saw a far eastern extension of the antifascist movement, which he had already followed at close quarters in the Spanish civil war. He succeeded in producing some shocking reports – about the constant air strikes, the fear of the civilian population, the Chinese refugee flows and the daily struggle for survival. It was in Hankou that Robert Capa developed a friendly relationship and playful rivalry with Walter Bosshard. Both had the ambition of seeing their stories published in the renowned American magazine Life. In 1938, the two photojournalists competed for the first reports from the extremely remote ‘red capital’ Yan’an, where the communists under Mao Zedong were gathering their forces and preparing for guerrilla war against the Japanese. The western media were eager for news from Mao’s camp. And it came to pass that, in July 1938, Walter Bosshard became the first European correspondent to reach Mao, accompanied by his friend Archibald Steele, China correspondent for the Chicago Daily News. Beside an extensive interview with the mastermind of the new China, Bosshard also shot a film featuring probably the first moving images of Mao, as well as photographing the everyday life of the communists, who had organised in loam caves at Yan’an. Life published the results in an article partially printed in colour, whereas the NZZ presented the sensational material as a six-part series, always featured on the front cover, in July and August 1938. After this coup, Robert Capa admitted defeat and returned home frustrated.

Thanks to his great familiarity with the local situation and an excellent network, Bosshard was always able to secure advantages for himself, which he harnessed to quickly and efficiently achieve his objective. In 1937, Archibald Steele wrote of his Swiss colleague: “Anyone who finds themselves in the far east with a camera and notebook is familiar with the problems that chroniclers face. Despite censorship, bureaucratic obstacles and stubborn officials, Bosshard, succeeds in practising his trade without falling out with the Japanese, Manchurian or Chinese officials. These days, you need to be a diplomat to be successful with a camera as a correspondent and artist… All the bigwigs in Asia know Bosshard; diplomats, statesmen and the military, because he loves taking their portraits in their private surroundings.”

From an international point of view, there are only a few photojournalists who followed and portrayed that difficult time of the Japanese occupation of China so consistently and with such great intensity as Walter Bosshard. For audiences in Switzerland and in the west in general, he was an authority for a number of years, at least until the end of the second world war. However, this fame gradually faded, as Bosshard concentrated more and more on writing. And in 1953, after an accident in Korea, he retired from journalism altogether. After his death in 1975, this once-famous name sank into complete obscurity. It is clear that Bosshard’s reportage has stood the test of time well. Even today, they put ourselves right in the middle of those dramatic happenings in the far east. Bosshard’s photojournalistic legacy is a unique, fascinating and vivid source for immersing ourselves into that decade in China’s history which so momentously changed our world.

An exhibition by the Fotostiftung Schweiz in partnership with the Archives of Contemporary History (ETH Zurich), ullstein bild Berlin and ICP New York. 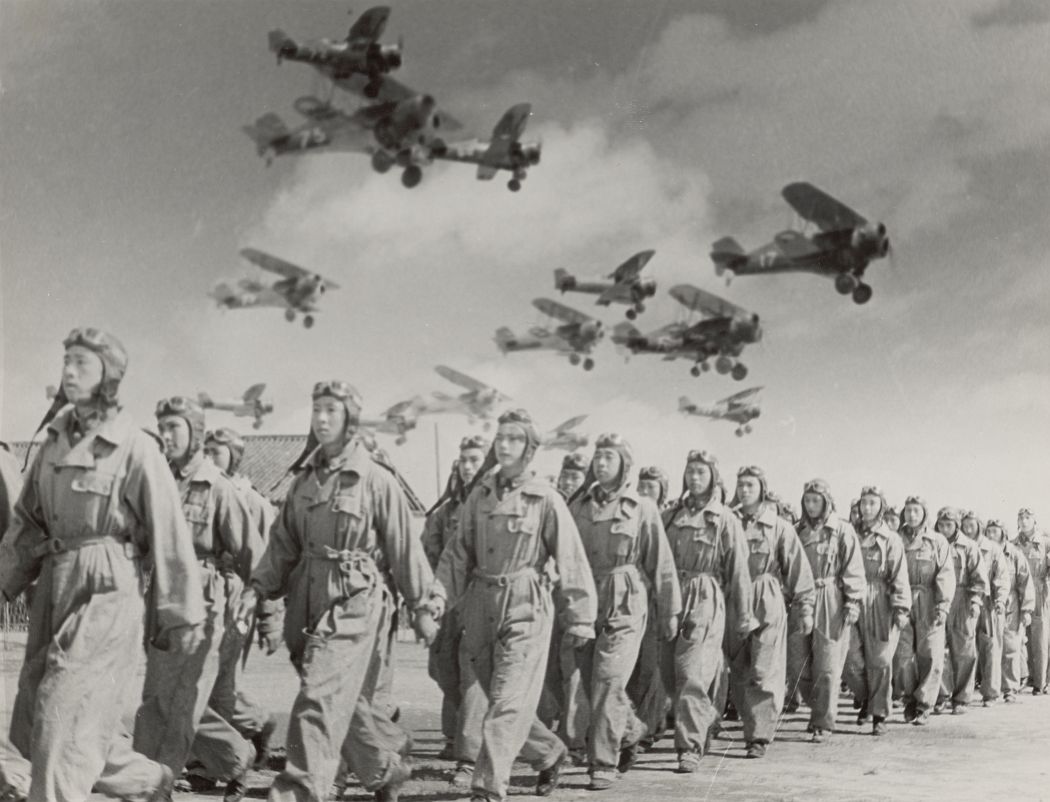 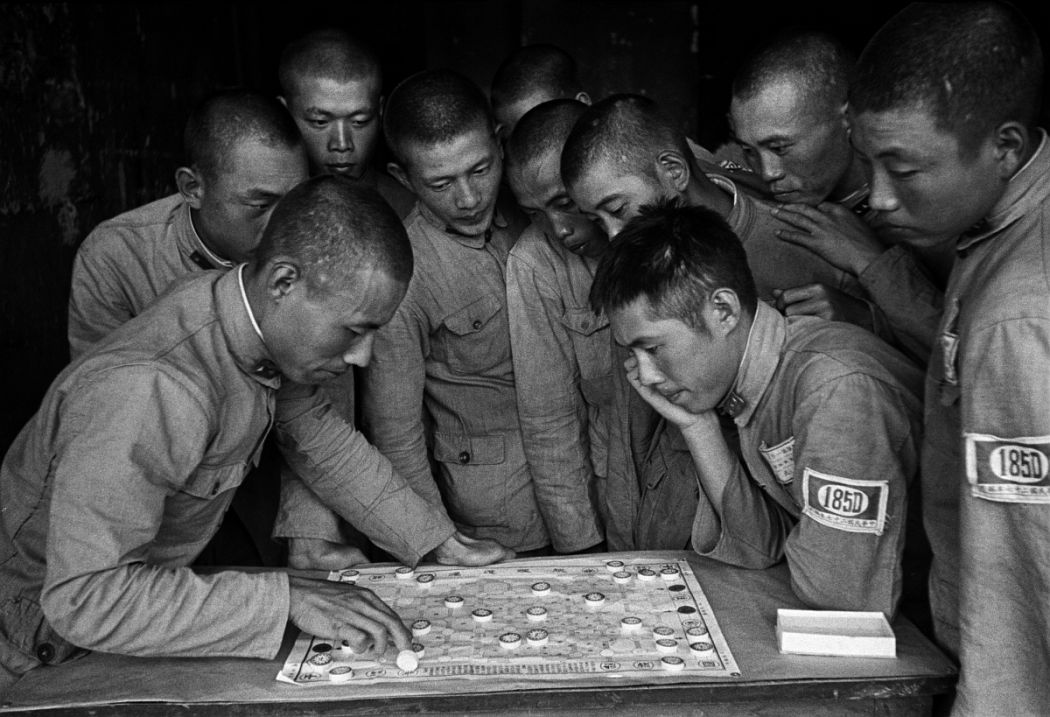 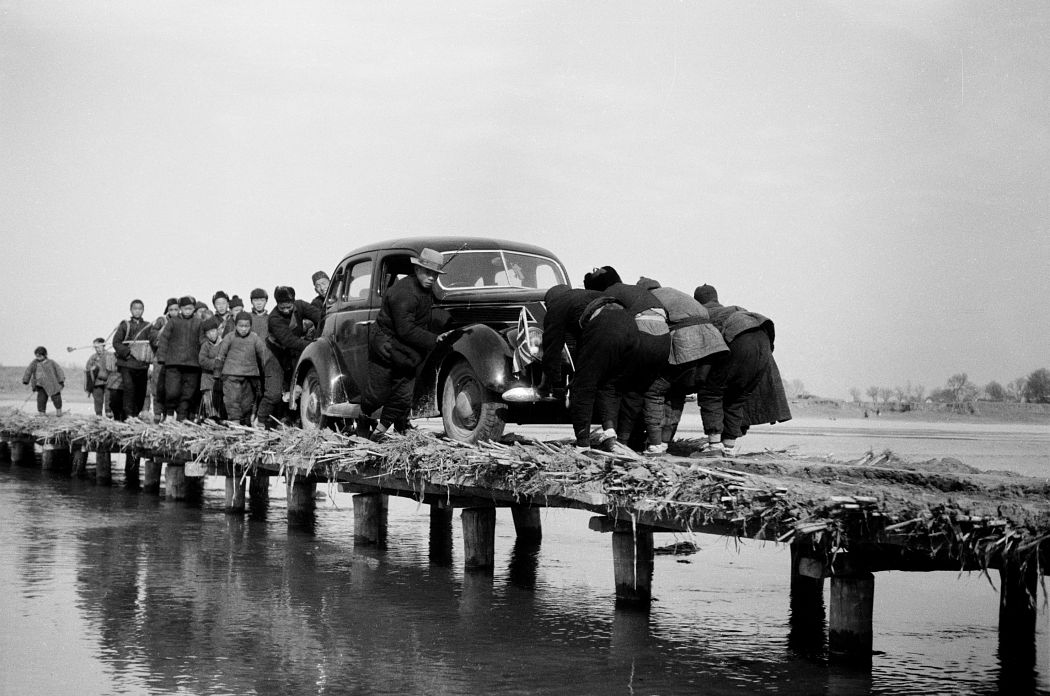 Walter Bosshard: On the way to the Confucius Temple in Qufu, China, around 1938 © Fotostiftung Schweiz / Archiv für Zeitgeschichte 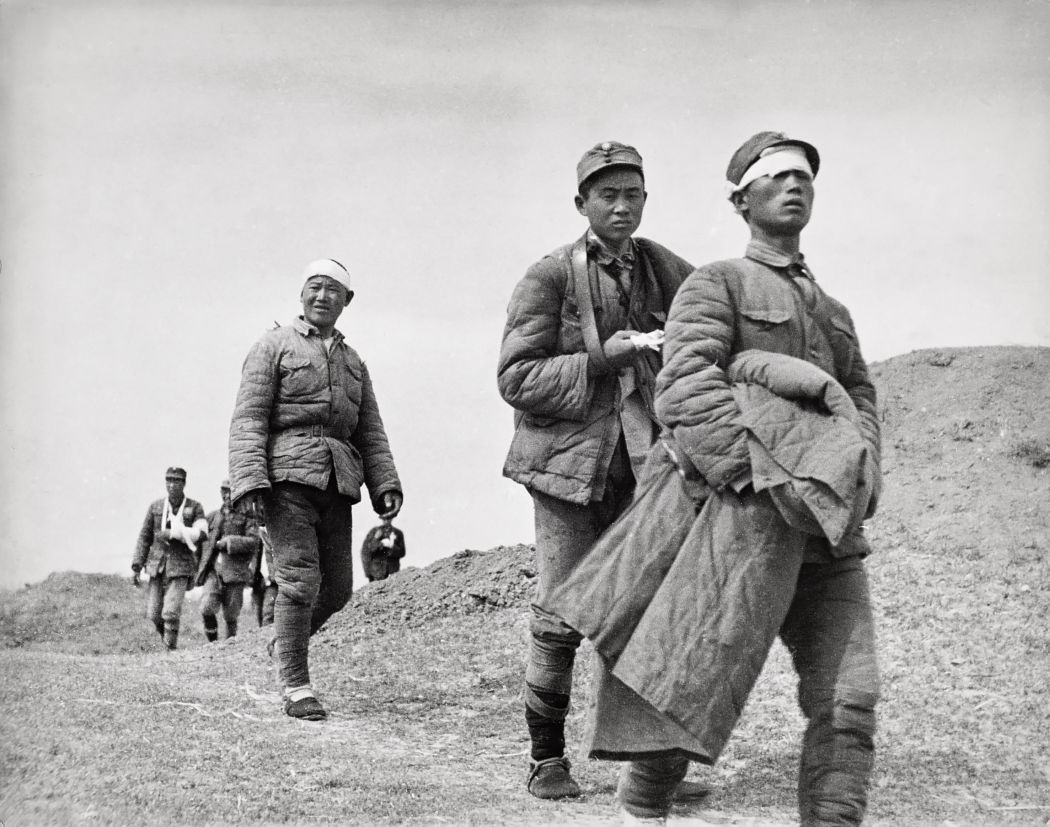