At 12:01pm on Thursday, September 16th, 1920, a blast shook the Financial District of New York City immediately killing 30 people, with another 8 to die later of wounds sustained in the blast. On top of the dead, there were 143 people seriously injured with the total number injured measuring in the hundreds. This event was the deadliest act of terrorism on U.S. soil up until this point.

At noon, a horse-drawn wagon stopped across the street from the headquarters of the J.P. Morgan bank at 23 Wall Street, the Financial District’s busiest corner, in the center of Wallstreet’s lunchtime crowds. Moments later, 100 pounds of dynamite with 500 pounds of heavy, cast-iron sash weights exploded in a timer-set detonation, sending the metal slugs flying through the air, leaving the horse and wagon in fragments.

The explosion killed the majority of the 38 victims immediately while causing more than $2 million in property damage ($23 million today), destroying most of the interior spaces of the Morgan building. 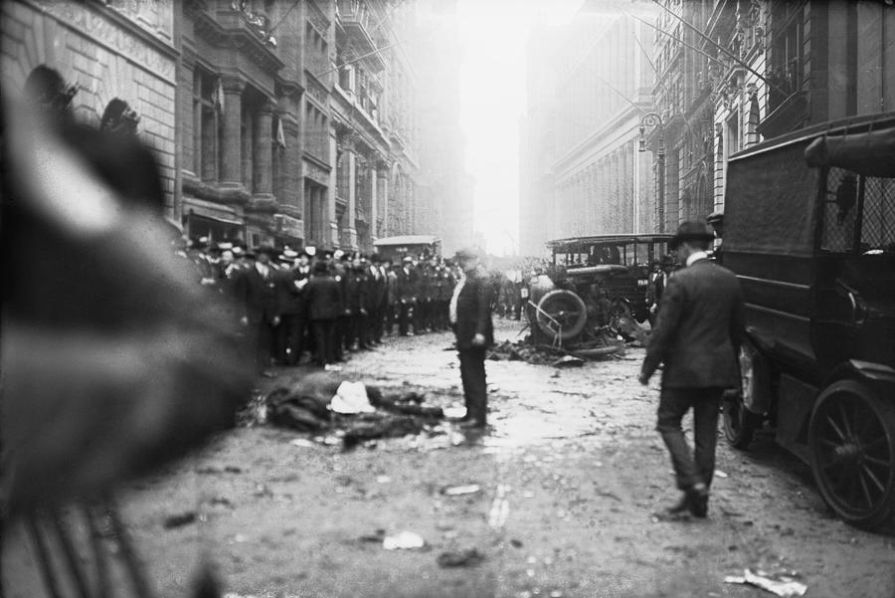 A man stands over a dead horse, after the explosion in front of J.P. Morgan & Co. office at Broad and Wall Streets. 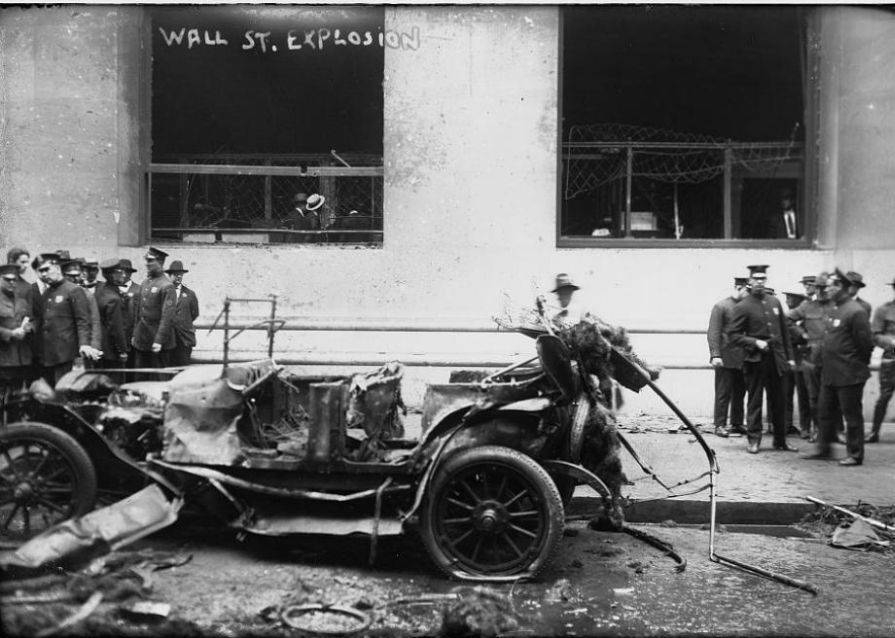 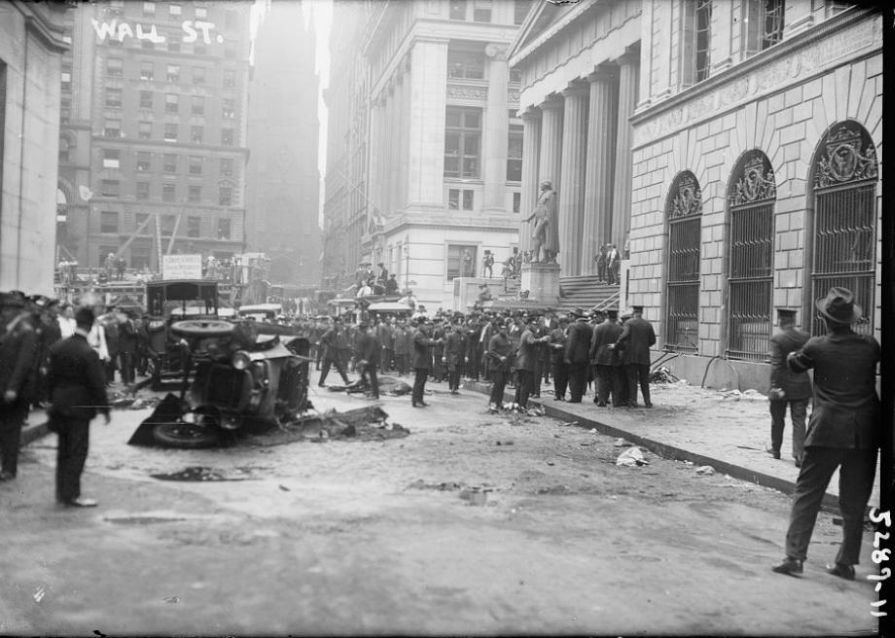 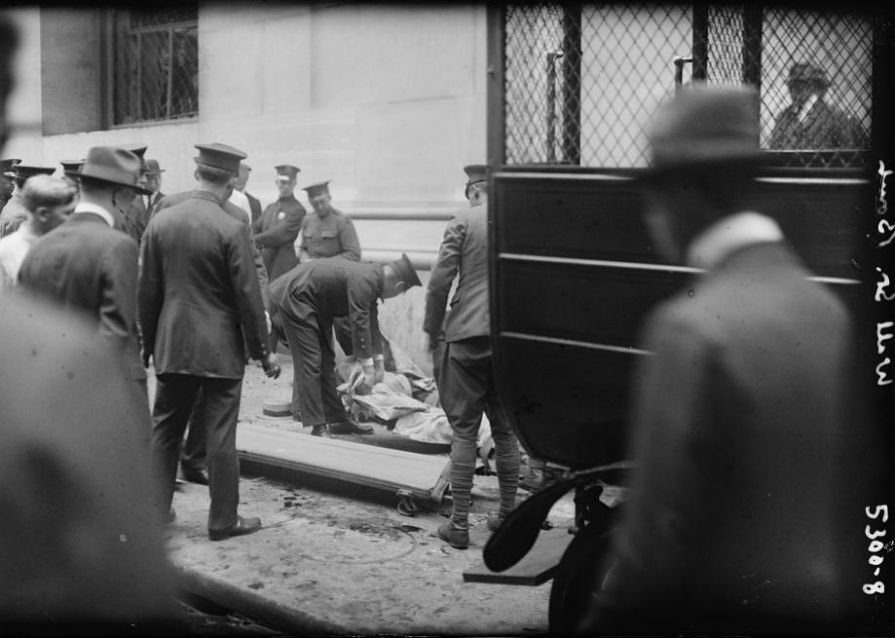 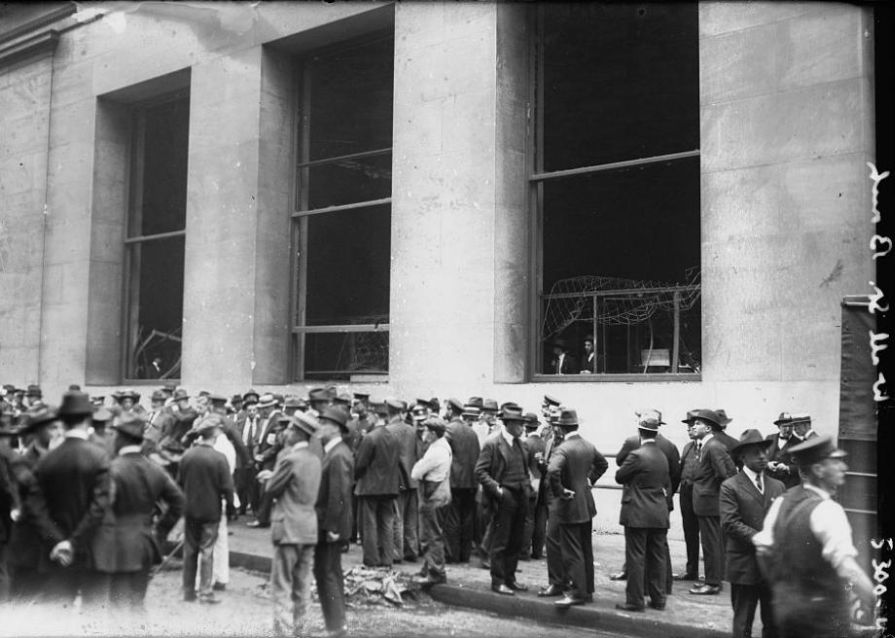 People standing in front of 23 Wall Street in the aftermath of the explosion. Photo: Bain News Service (Library of Congress)/Public domain 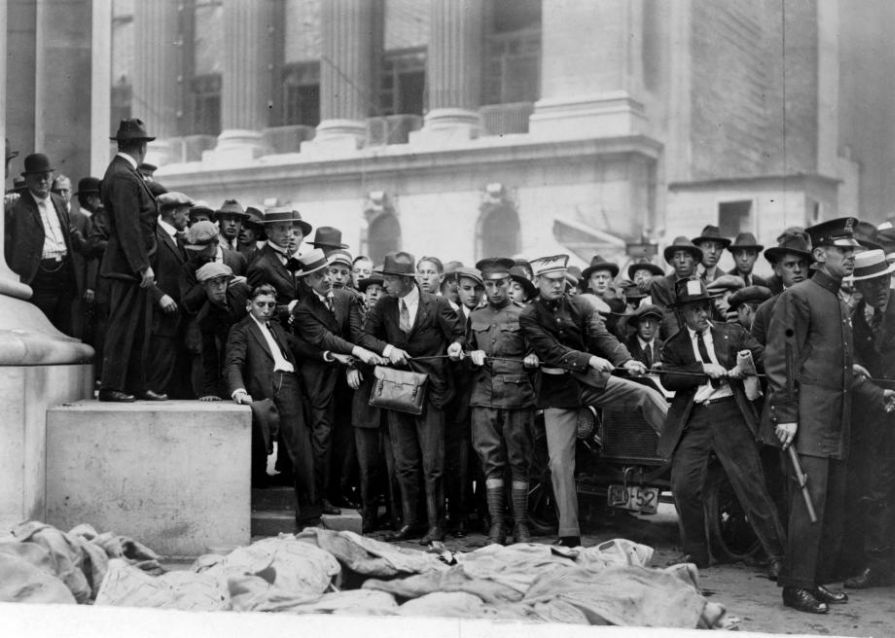