The first scheduled U.S. Air Mail service began on May 15, 1918, using six converted United States Army Air Service Curtiss JN-4HM “Jenny” biplanes flown by Army pilots under the command of Major Reuben H. Fleet and operating on a route between Washington, D.C. (Washington Polo Grounds) and New York City (Belmont Park) with an intermediate stop in Philadelphia (Bustleton Field). Among those who were on hand for the departure of the first flight from Washington, D.C., were President Woodrow Wilson, U.S. Postmaster General Albert S. Burleson, and Assistant Secretary of the Navy Franklin D. Roosevelt. Army 2nd Lt. George L. Boyle was selected to pilot aircraft #38262 on the first northbound flight which, unfortunately, turned out to be a somewhat less than successful initial venture.

Almost immediately after taking off at 11:47AM, Boyle became disoriented and started flying South when he followed the wrong set of railroad tracks out of the city. Realizing that he was lost, Boyle attempted to find out where he was by making an unscheduled landing just 18 minutes later at 12:05PM in Waldorf, Maryland, about 25 miles south of the city. Unfortunately, however, he broke the prop on his airplane when he made a hard landing, so the 140 pounds of mail he was carrying had to be trucked back to Washington.

However aviators 1st Lt. Torrey H. Webb and 2nd Lt. James C. Edgerton completed the scheduled southbound relay with 144 pounds of mail, and Edgerton then flew Boyle’s mail to Philadelphia the following day. The site of the first continuously scheduled air mail service is marked by a plaque in West Potomac Park in Washington, D.C.. The route was extended to Boston three weeks later on June 4.

After four months of the mail being flown by the Army, all flight operations were taken over by the USPOD’s Aerial Mail Service on August 12, 1918, using a fleet of six purpose built JR-1B mail biplanes designed and constructed by the Standard Aero Corporation of Elizabeth, New Jersey, and flown by civilian pilots hired by the Post Office Department. After a number of “pathfinder” flights made in September, November, and early December, the first flight providing scheduled east-west service between New York and Chicago occurred on December 17, 1918. 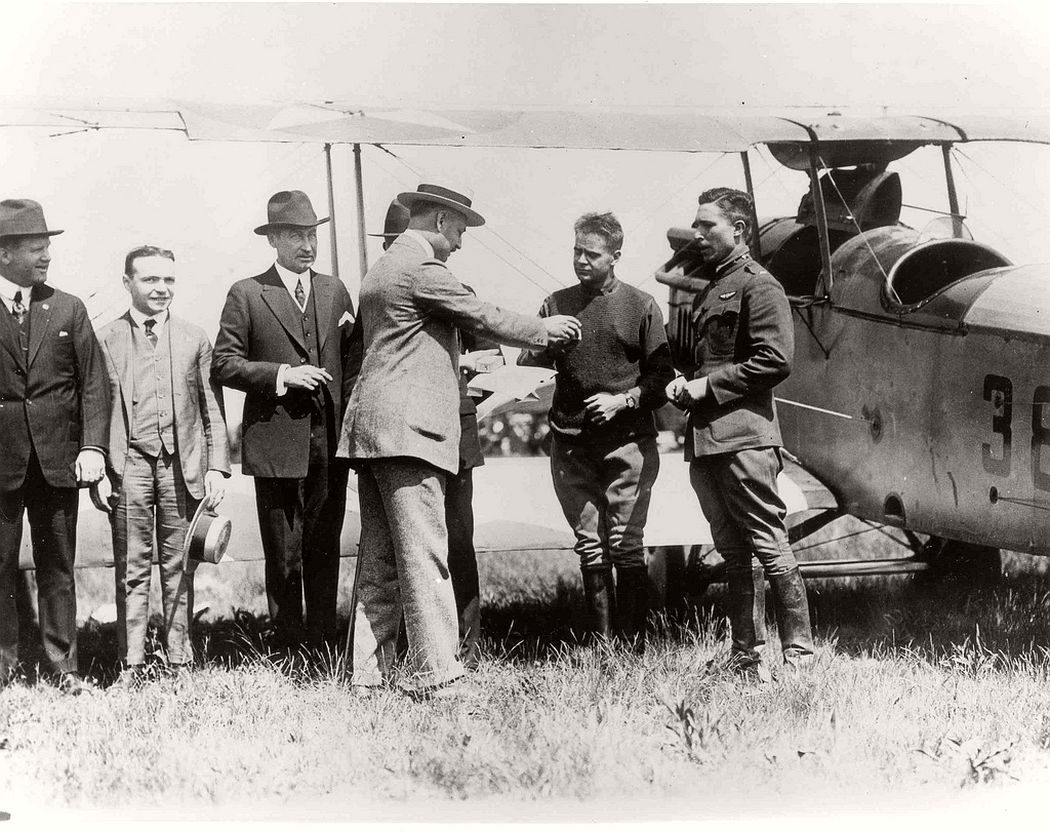 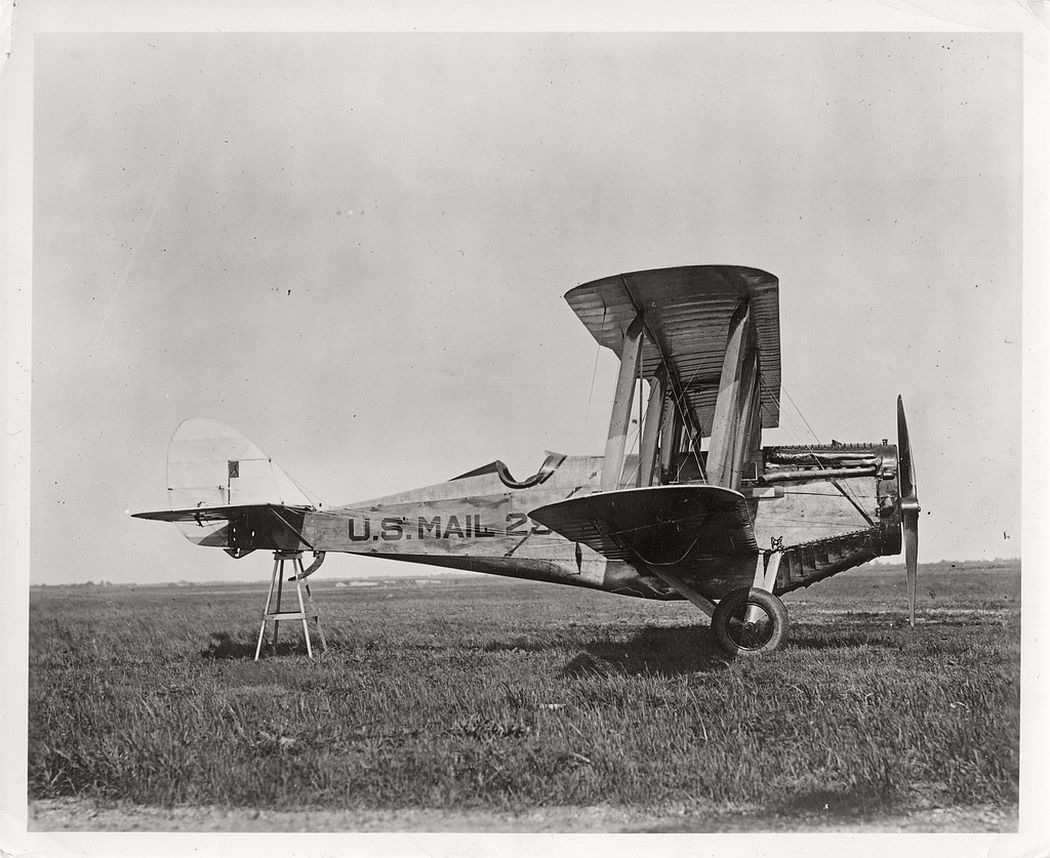 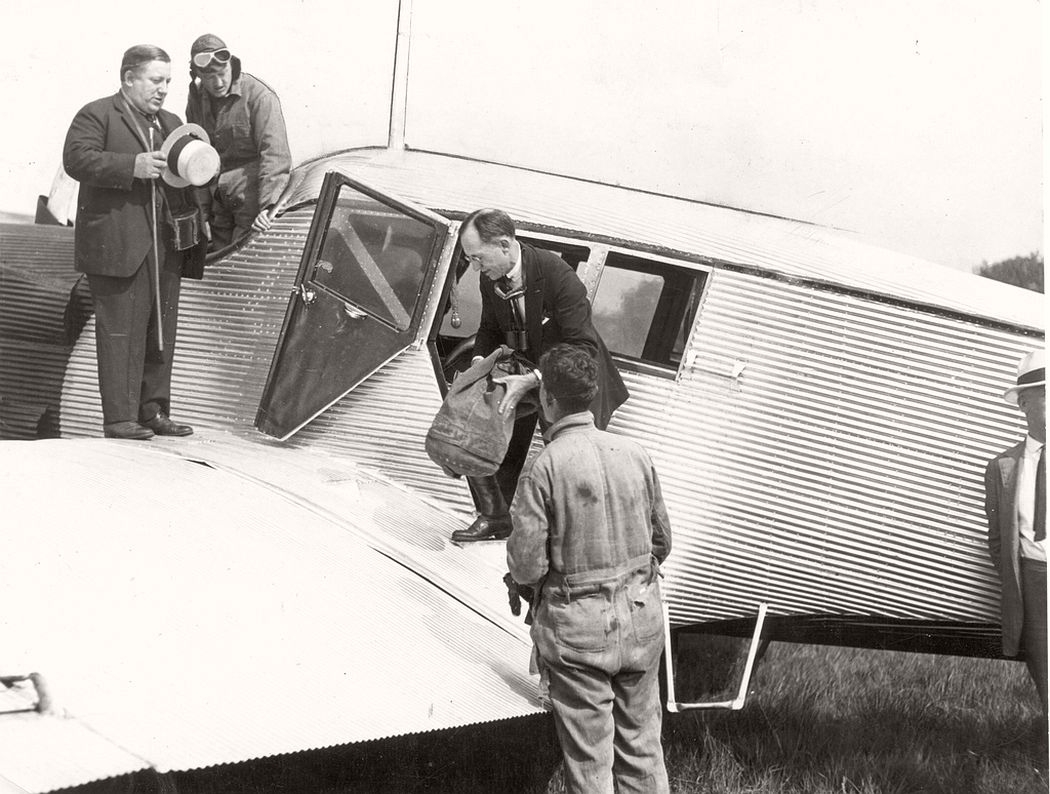 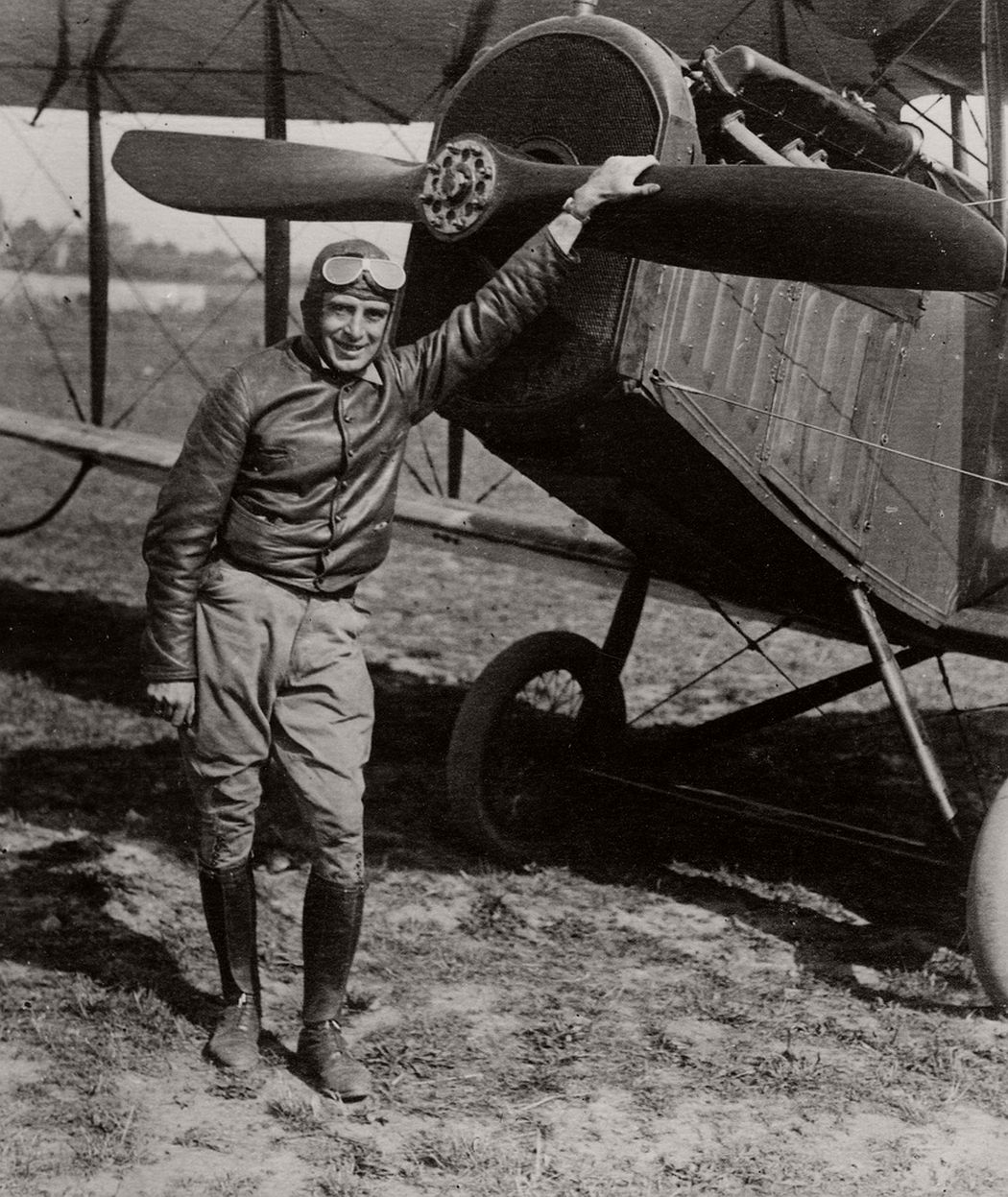 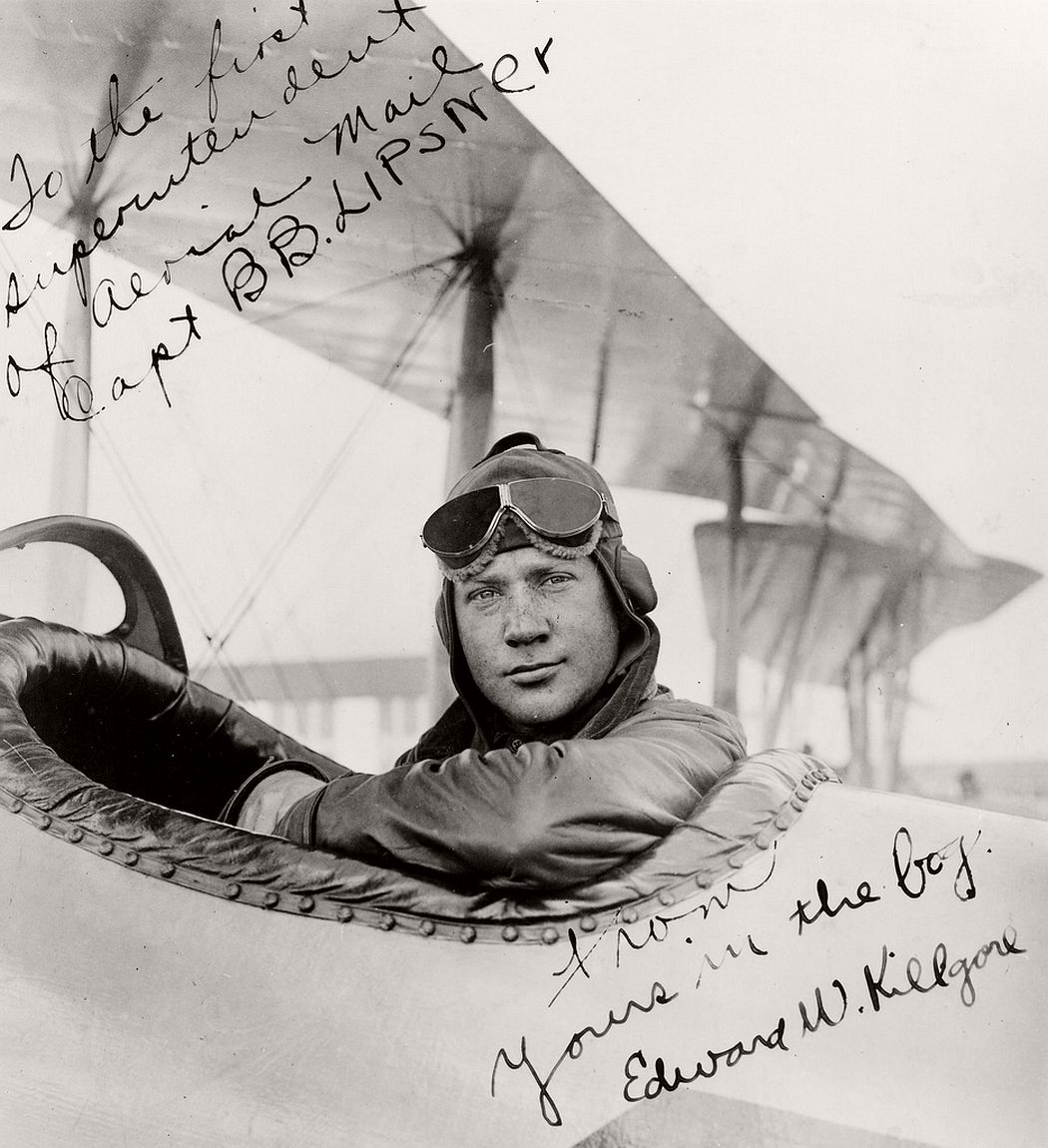 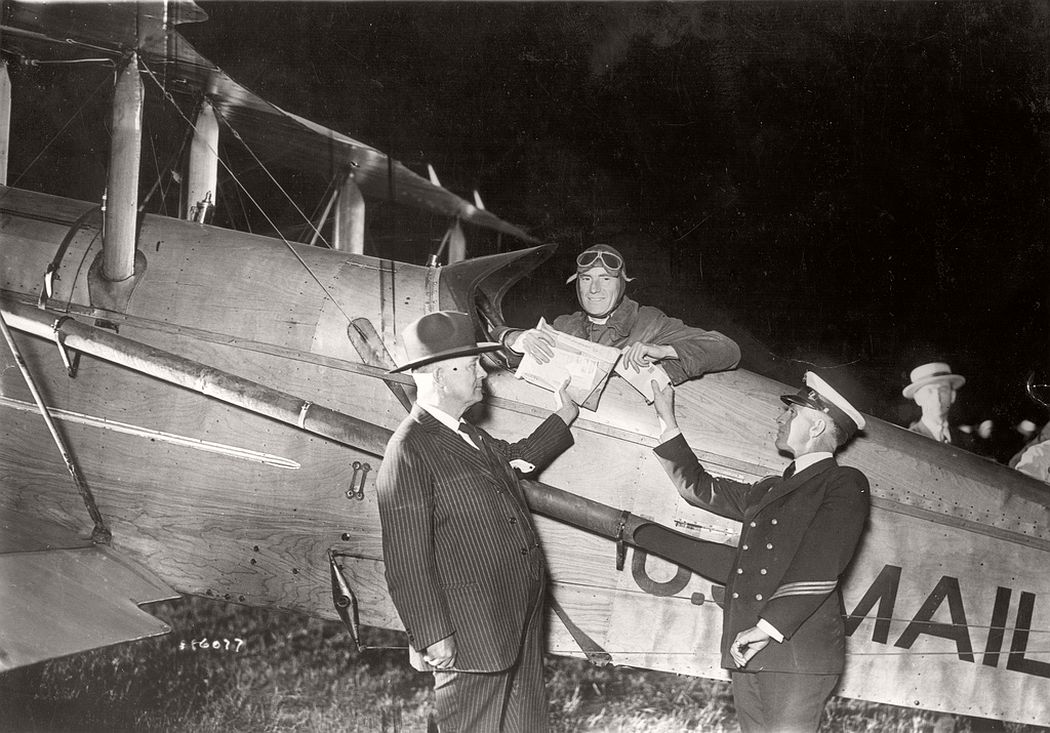 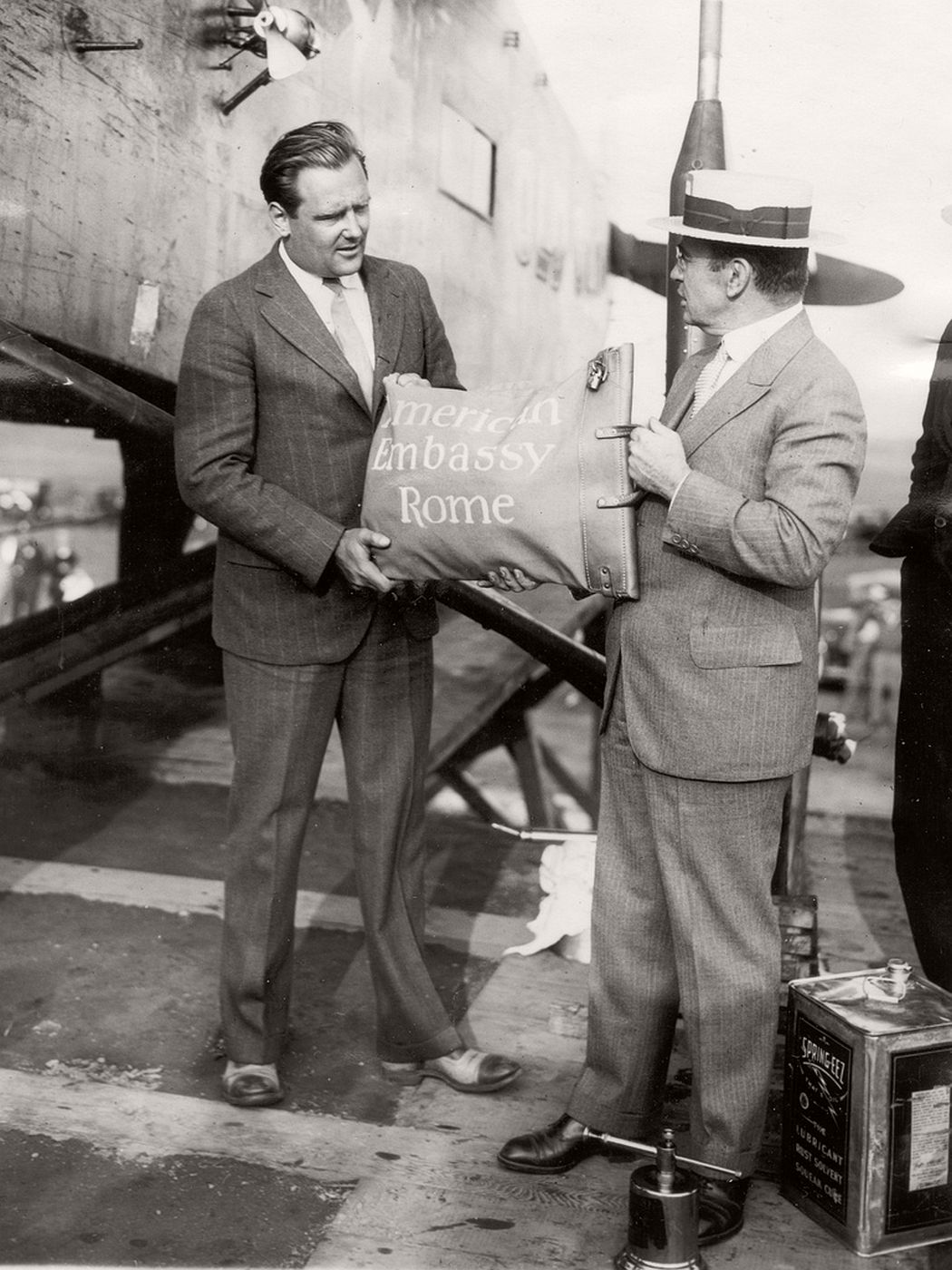 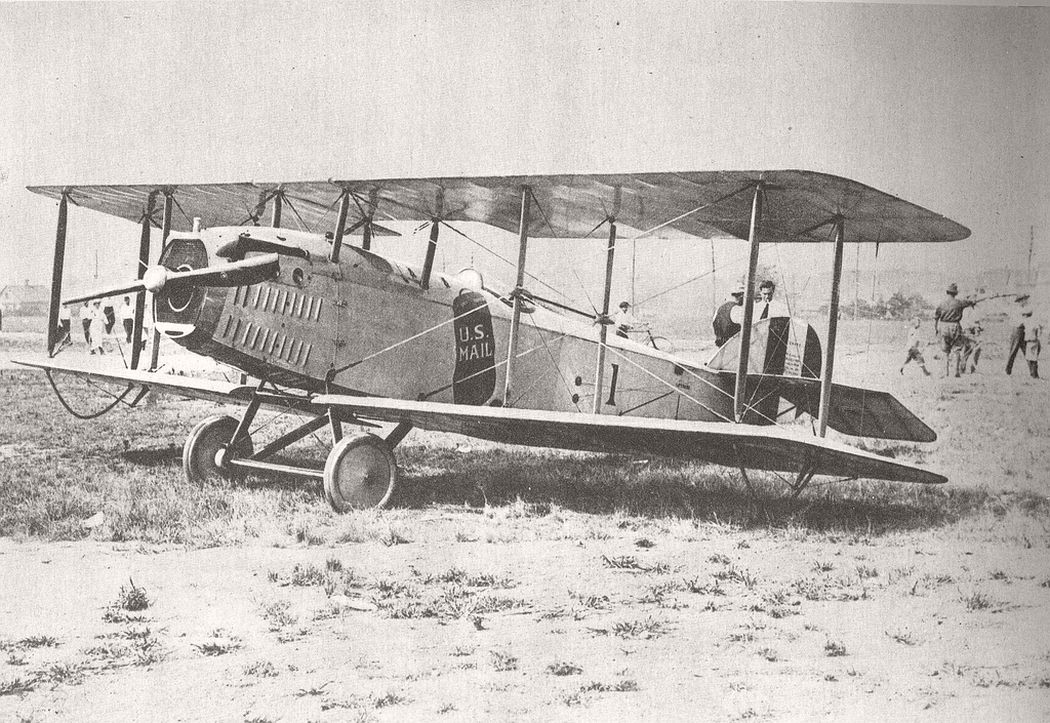 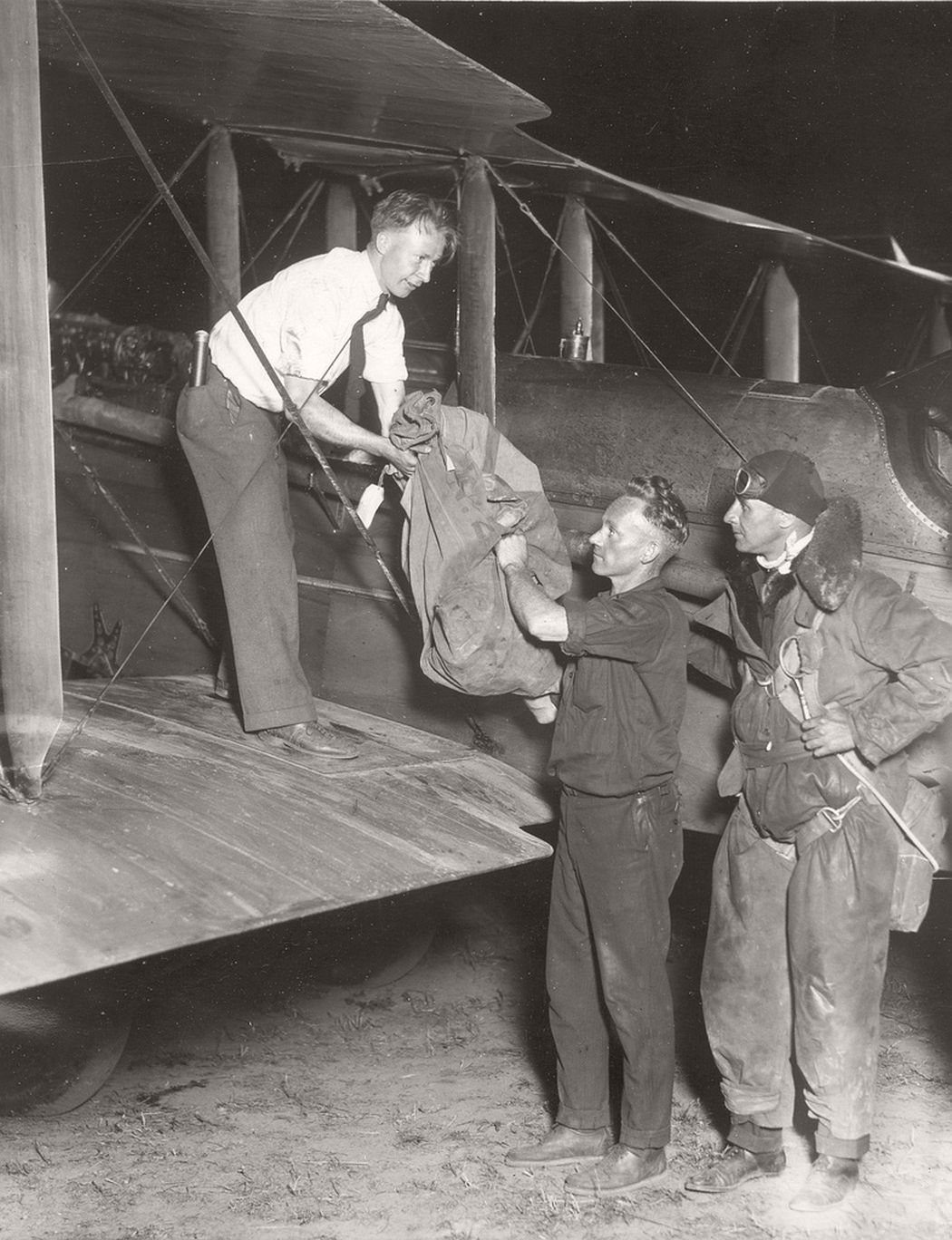 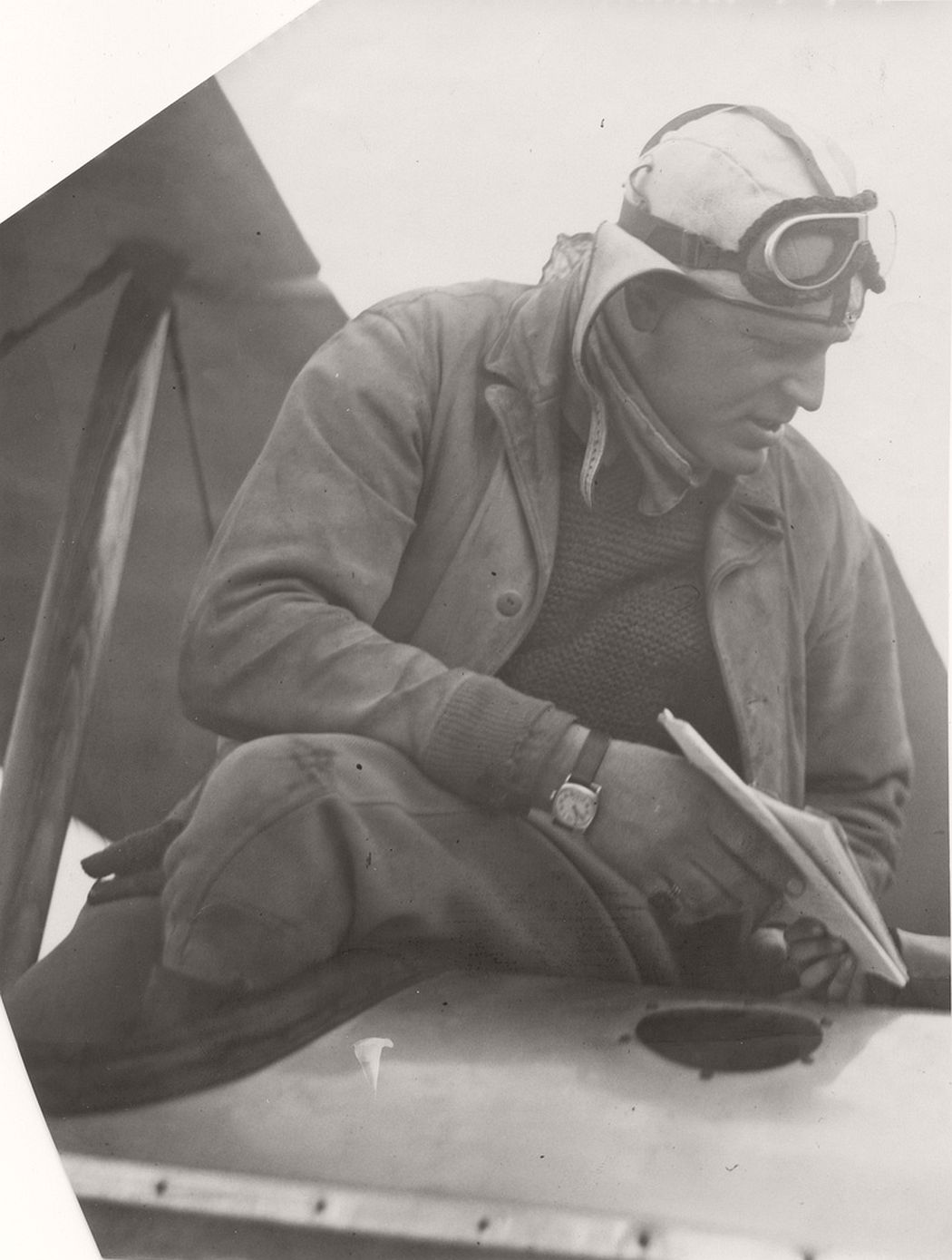 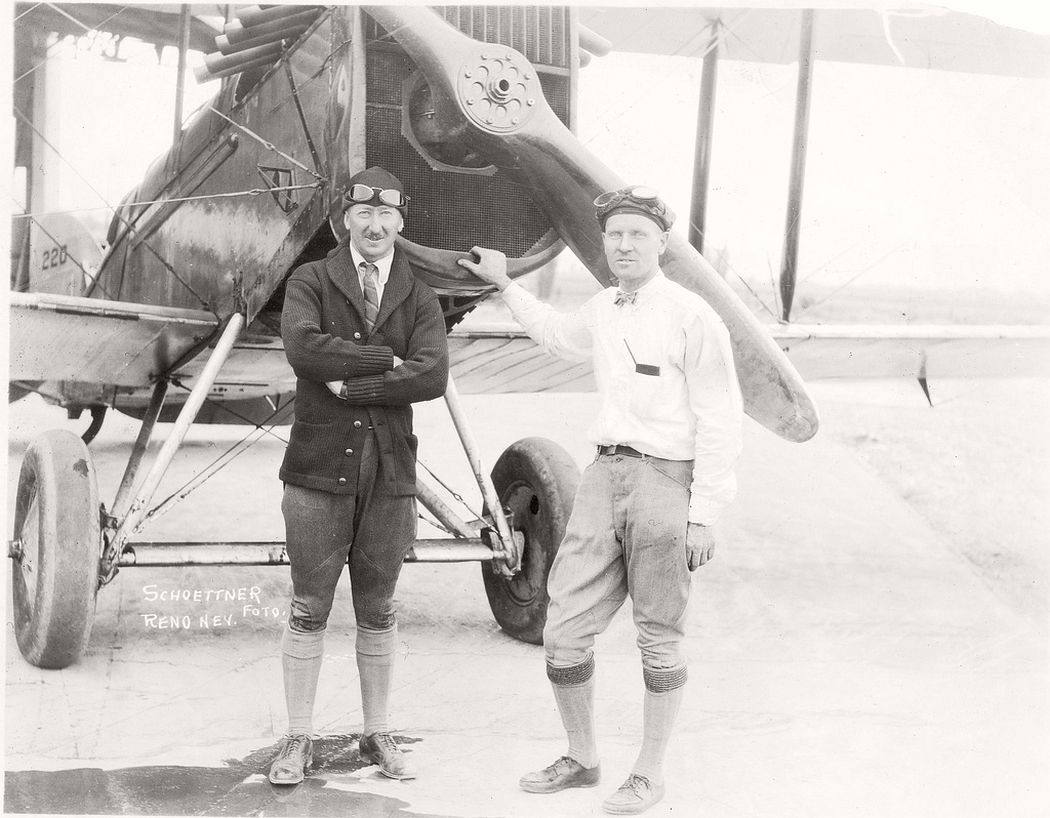 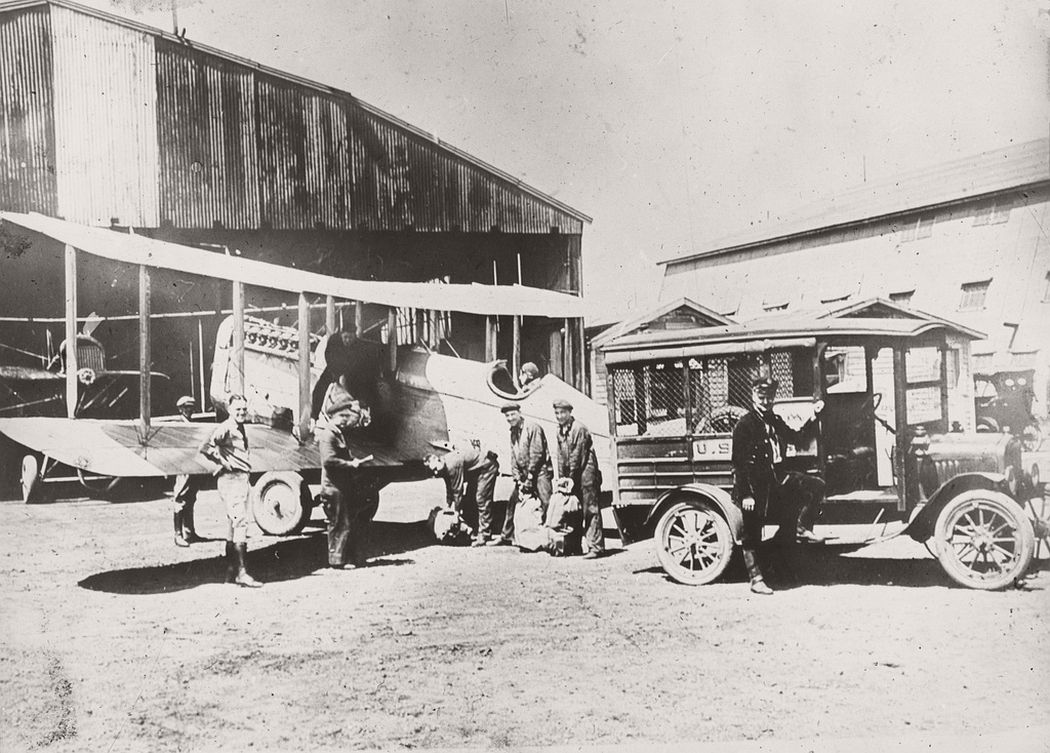 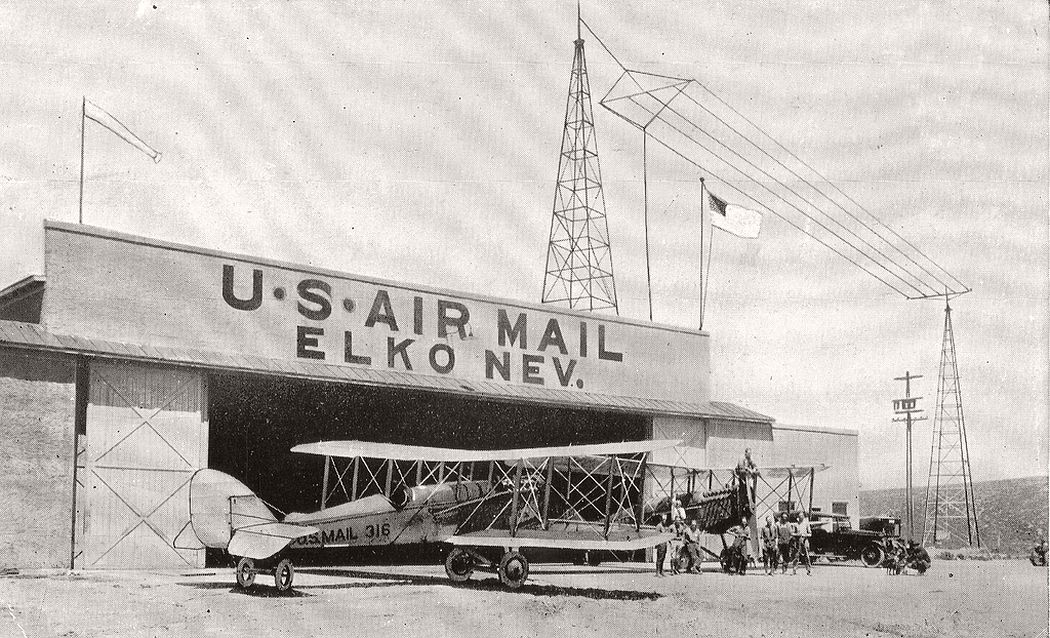 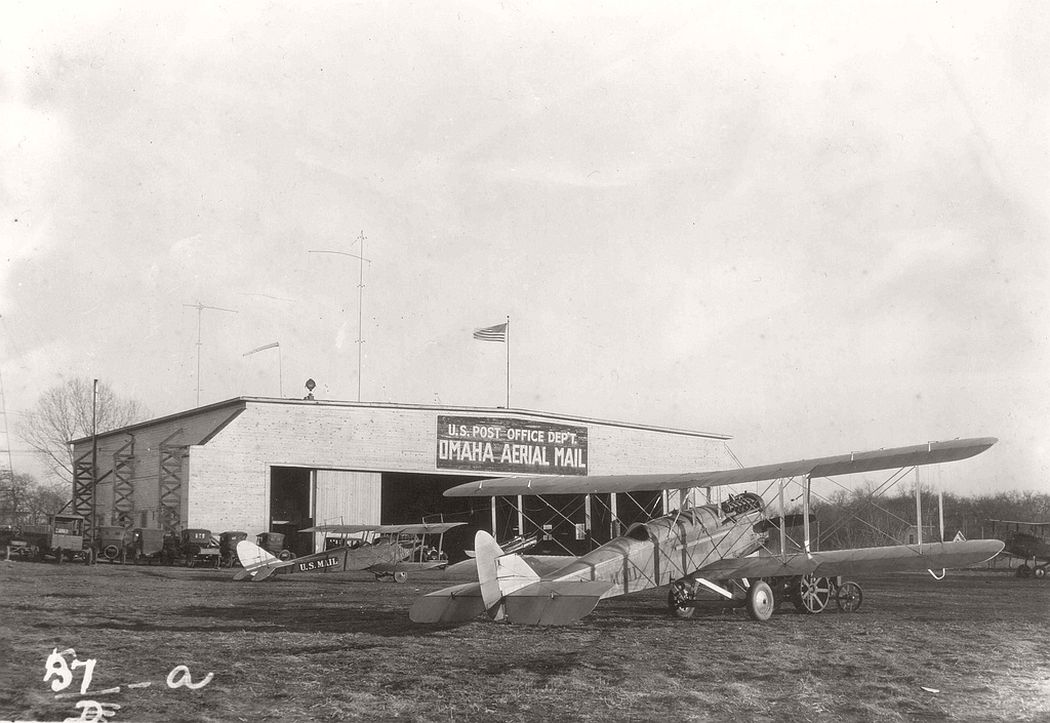 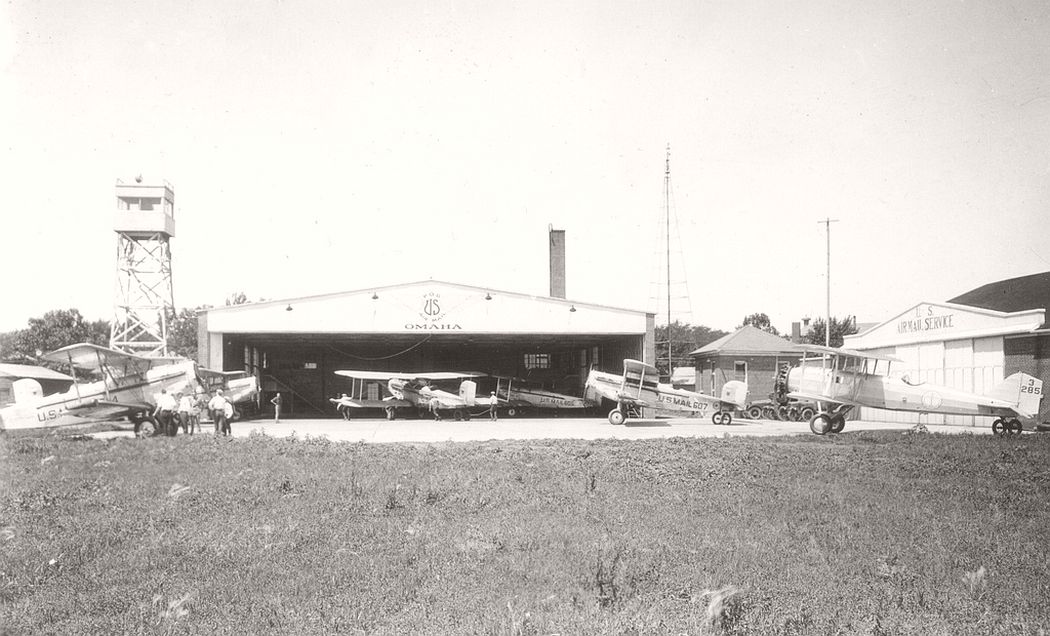 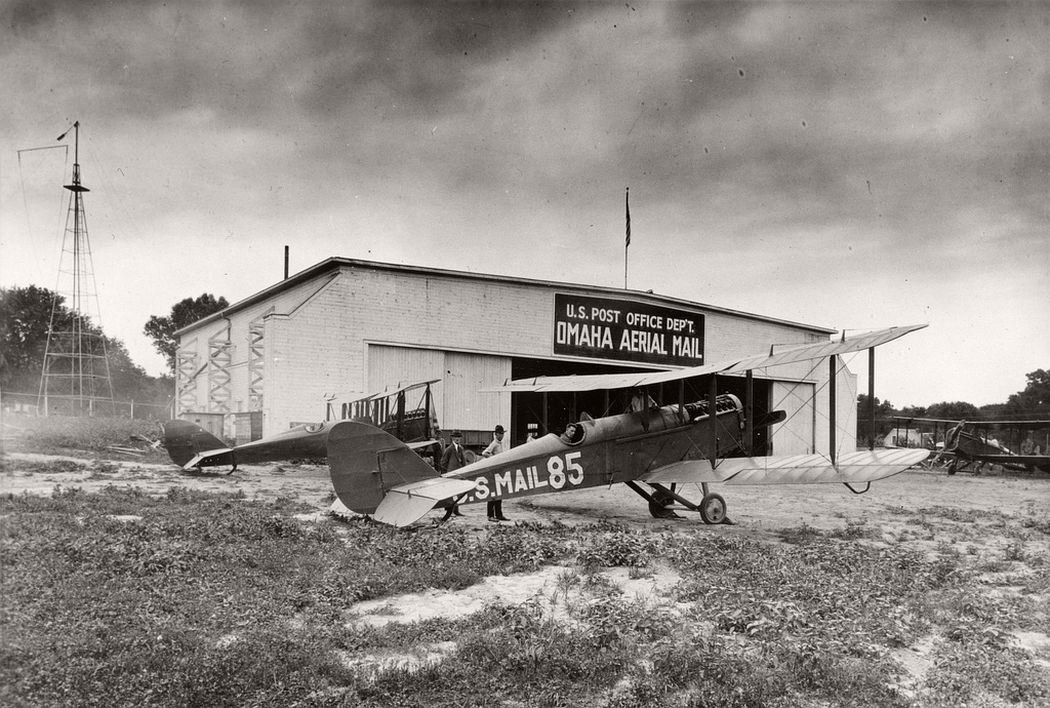 An airmail plane in front of a hangar on the Omaha, Nebraska airmail field, 1927 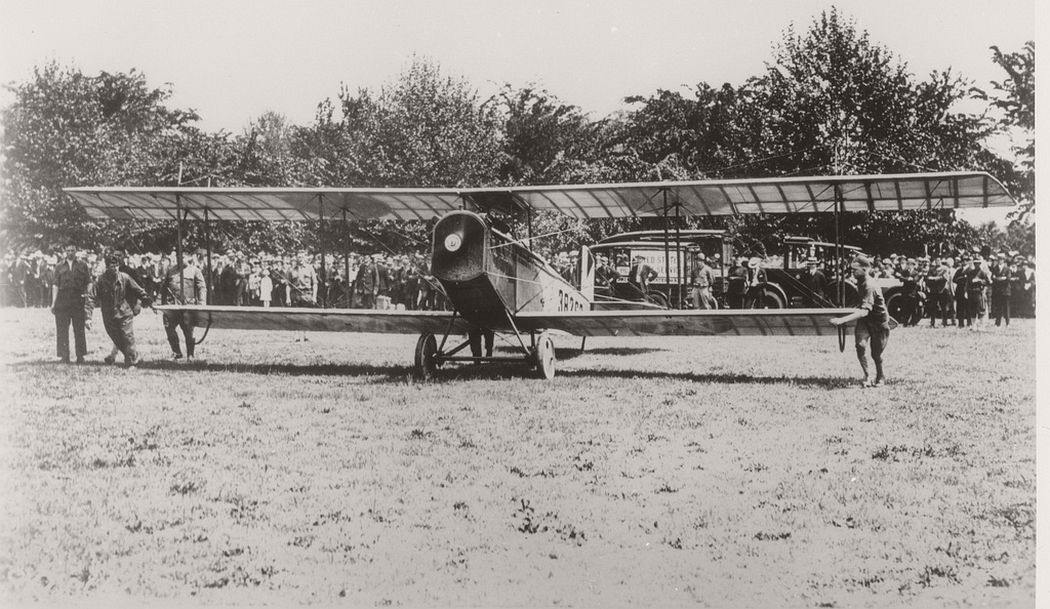 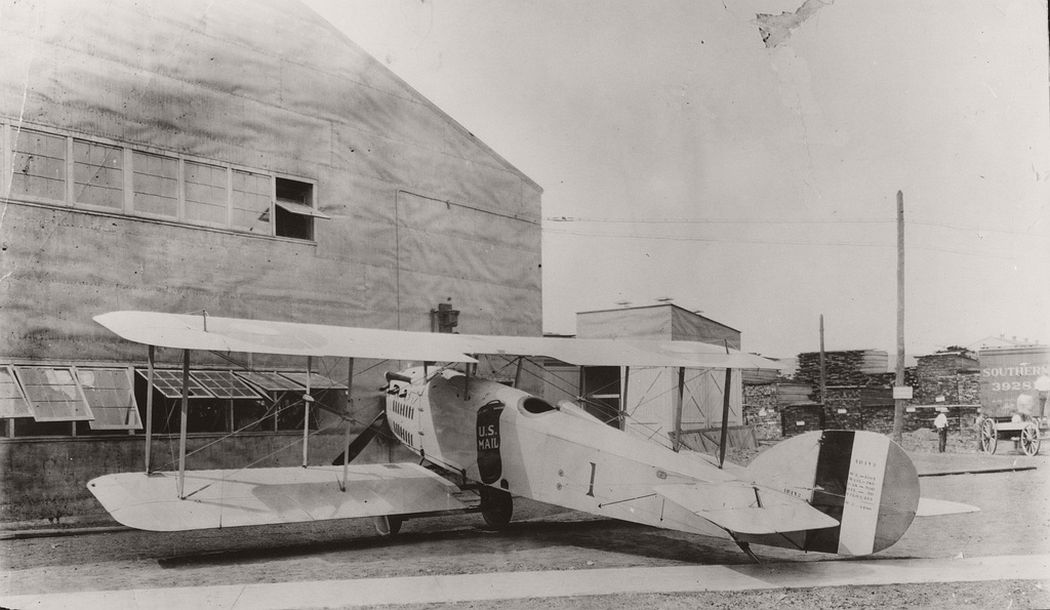 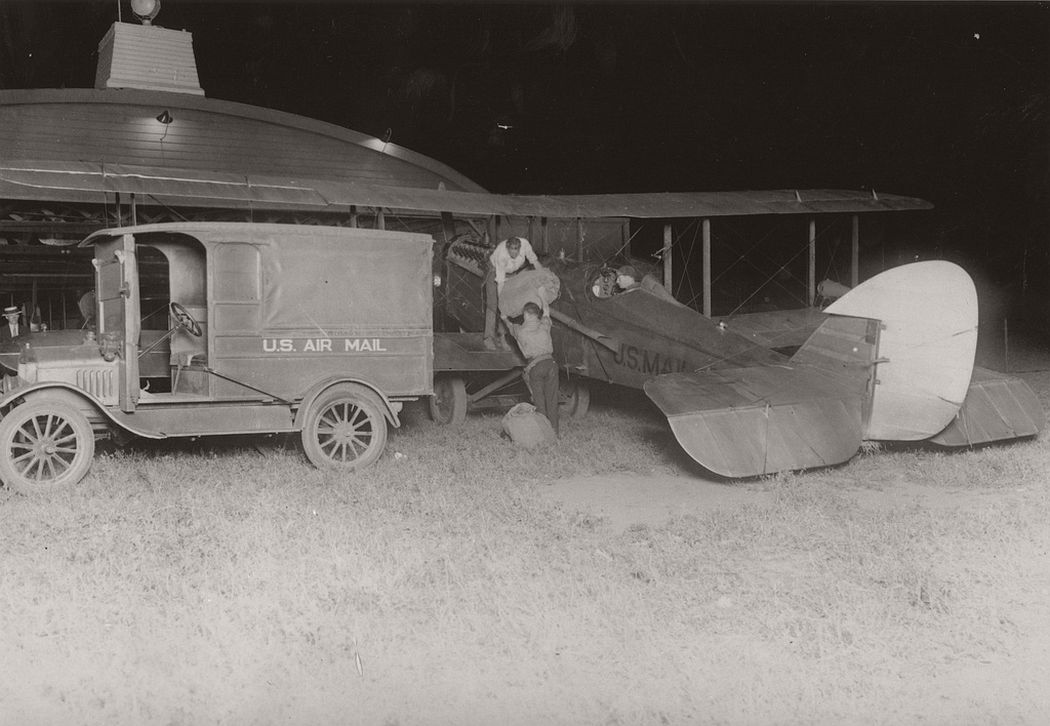 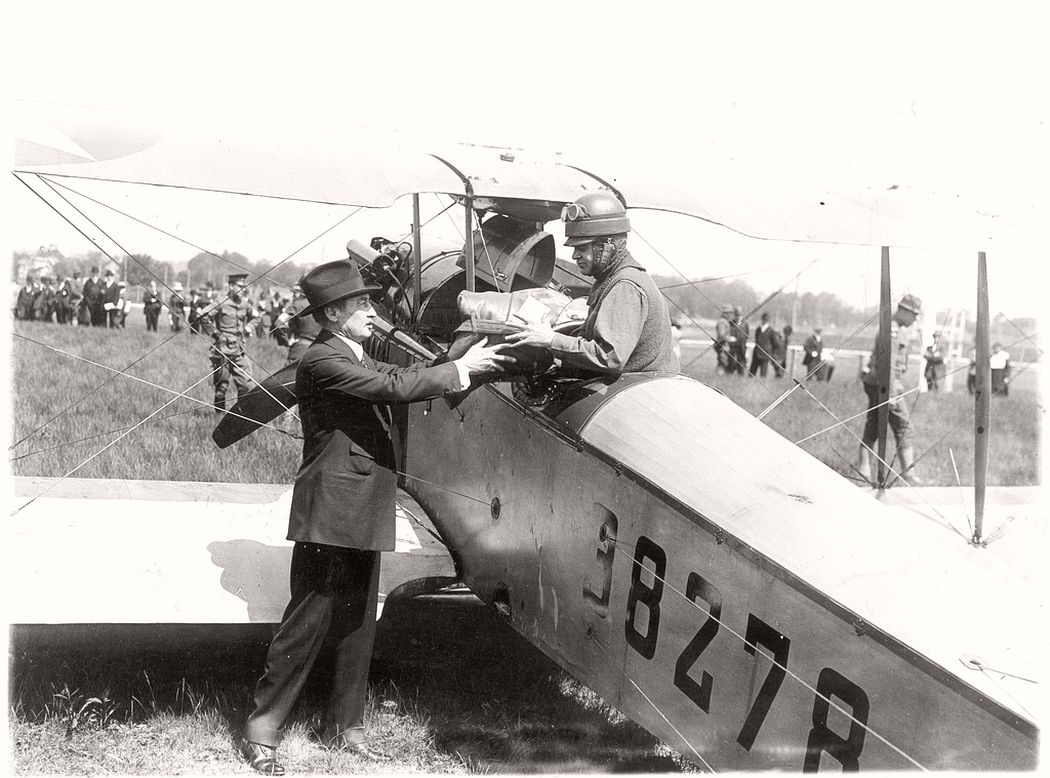 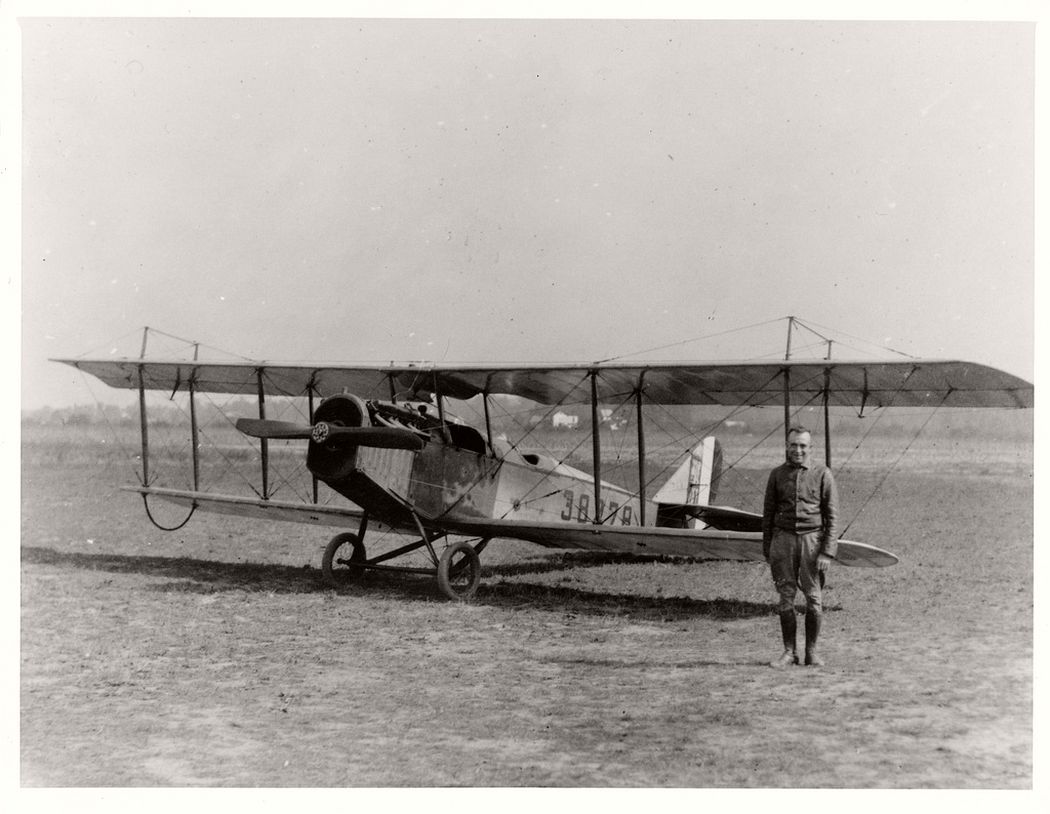 Pilot Eddie Gardner posing in front of an airmail plane, 1918 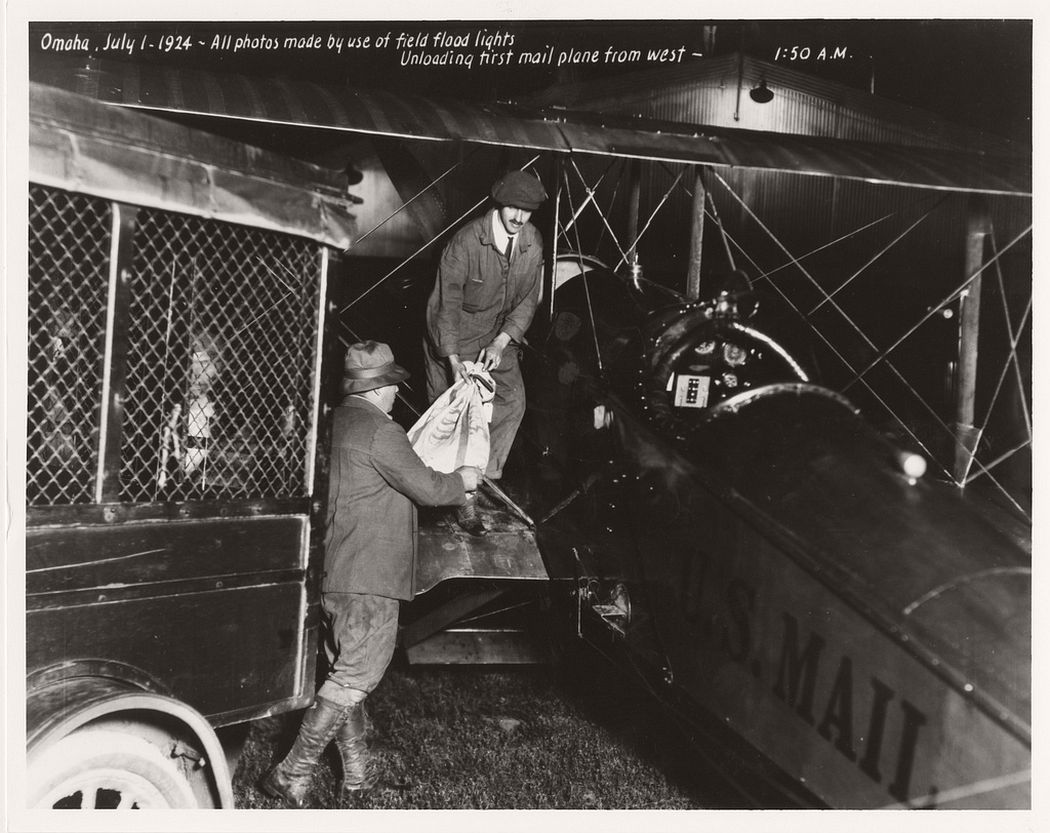 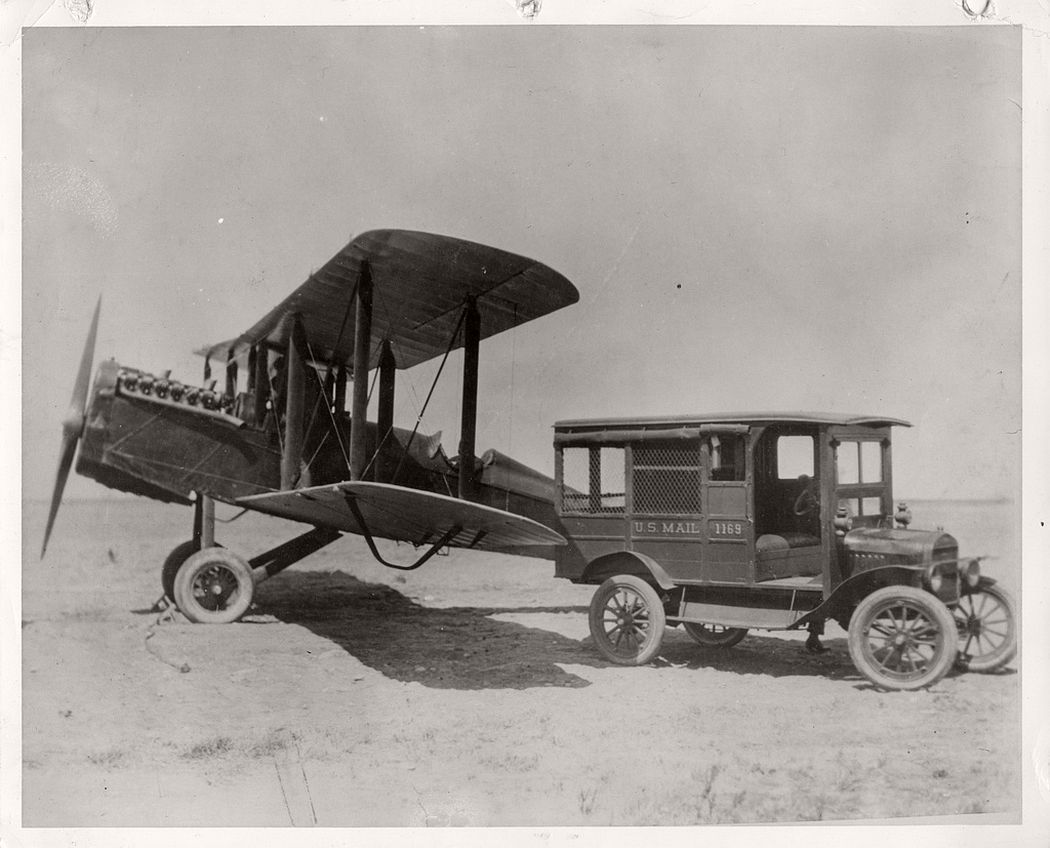 A de Havilland airmail plane parked on unidentified airfield next to a U.S. mail truck, 1922