In 1927, a privately owned light rail line called EKD was built, connecting several neighboring towns with the center of Warsaw using electric railcars similar to trams, only larger and more massive, with frequent stops and tracks running along the streets in city; however the system was incompatible with the Warsaw trams as it used standard gauge tracks while the city network still used broad gauge left from Russian times. In 1925, the company operating the Warsaw trams decided to construct a rapid transit system. Preliminary boring started, but the Warsaw Metro was postponed because of the Great Depression; the idea resurfaced in 1938, but was again buried with the outbreak of World War II. 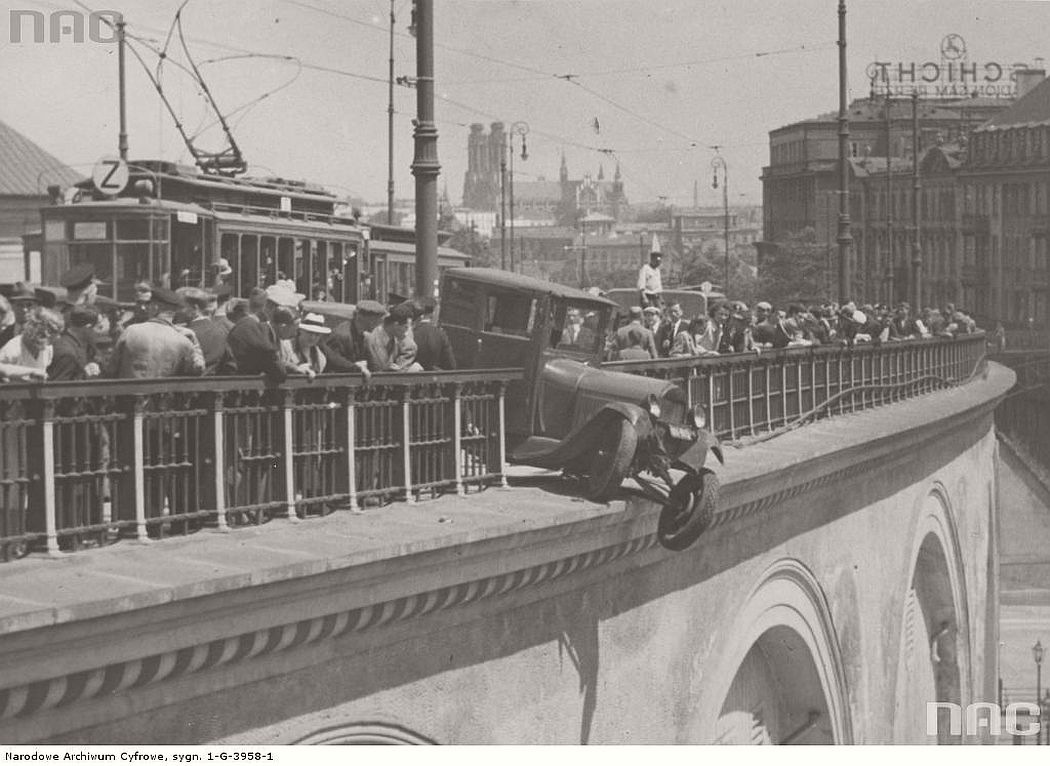 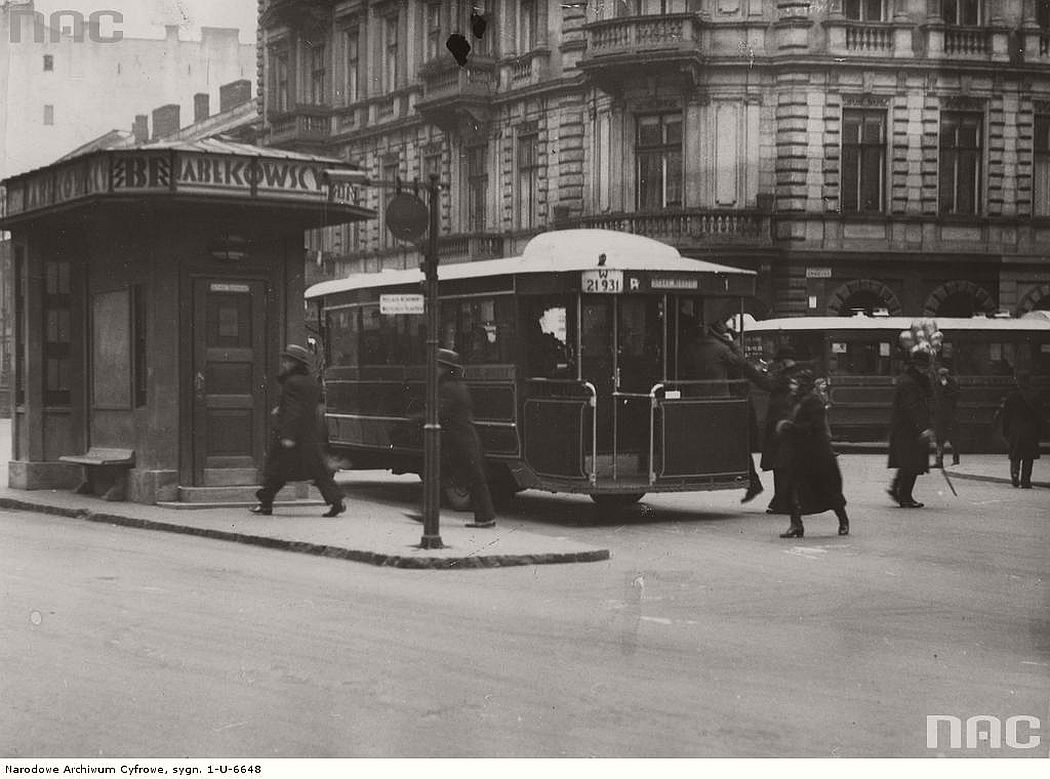 Clash of the tram with a lorry at the junction of 11 Listopada and Kowieńska. Warsaw, 1935 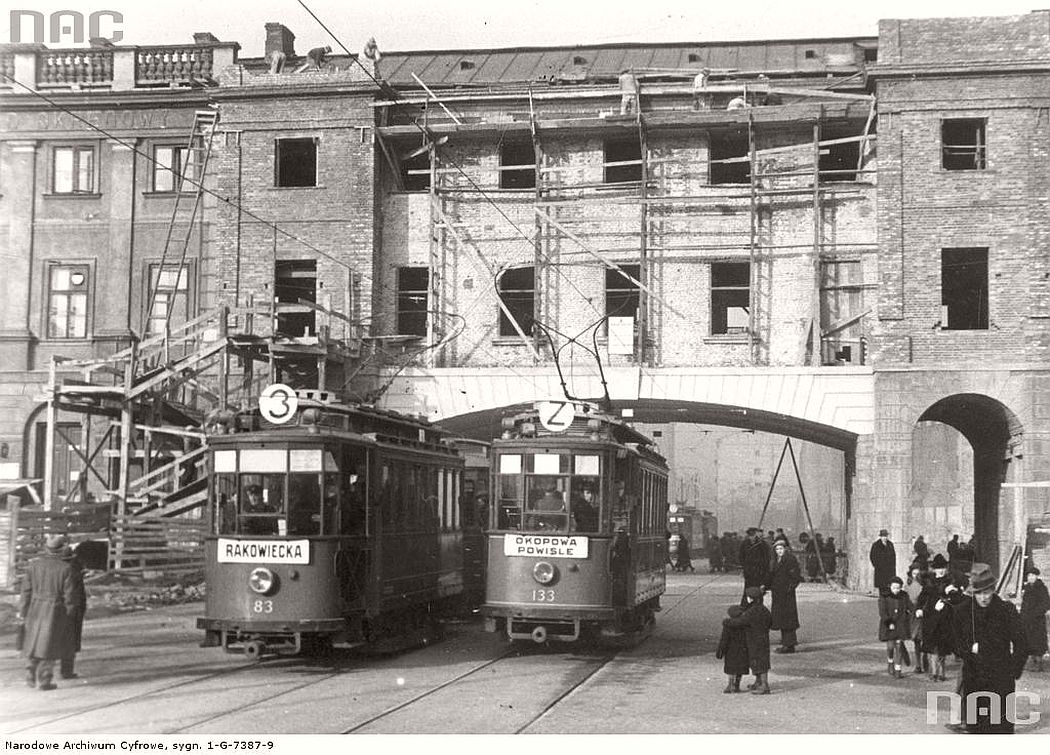 Construction of Connection between Zoliborz with the center of Warsaw, 1930s 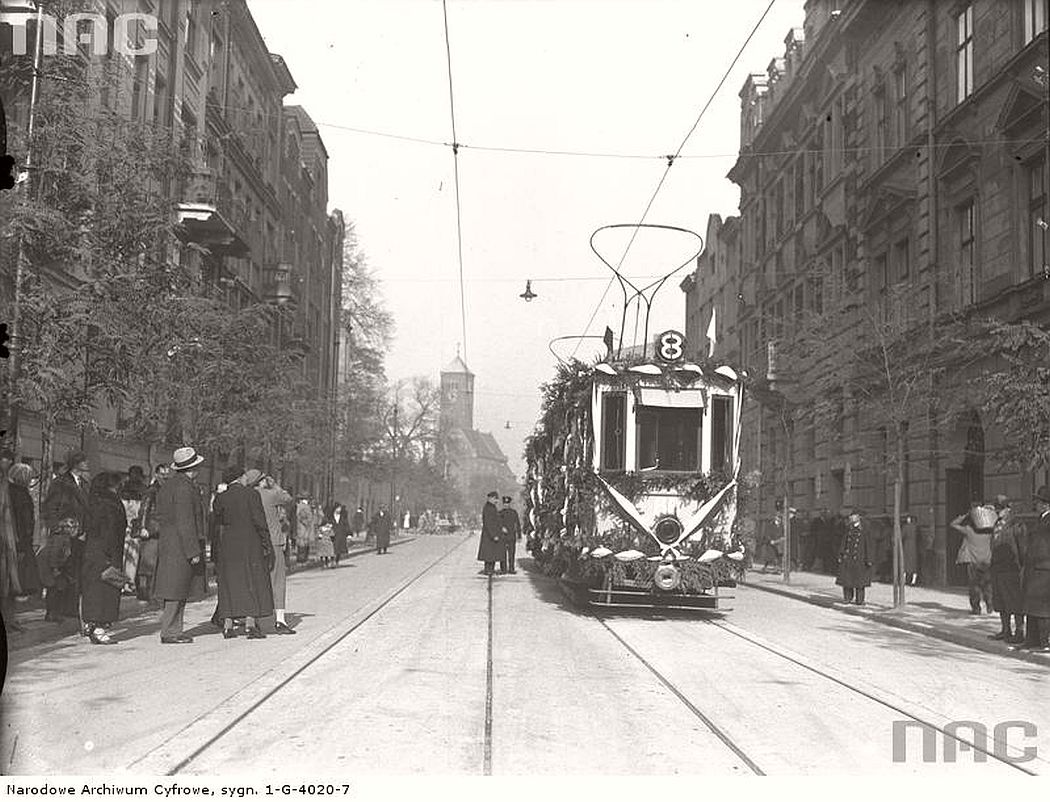 Decorated tram during the opening ceremony of the new line in Krakow, 1934

Depot near Kawęczyńska street during the strike. Warsaw, 1937 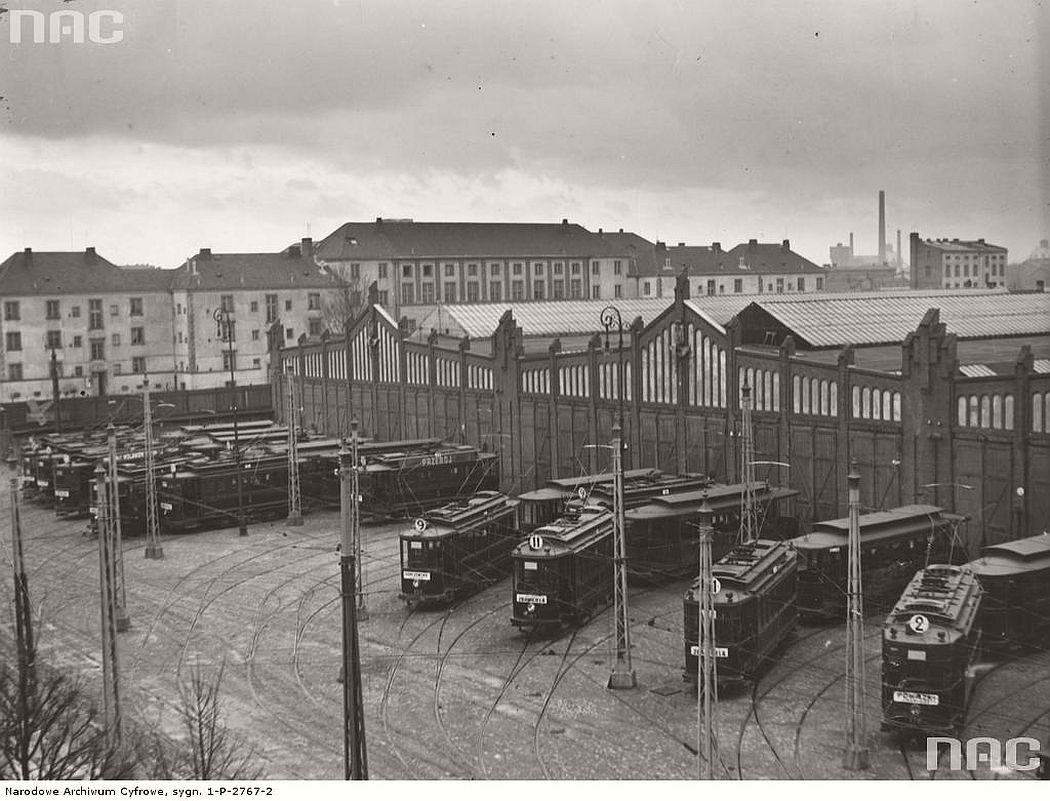 Depot near Wola during the strike. Warsaw, 1936 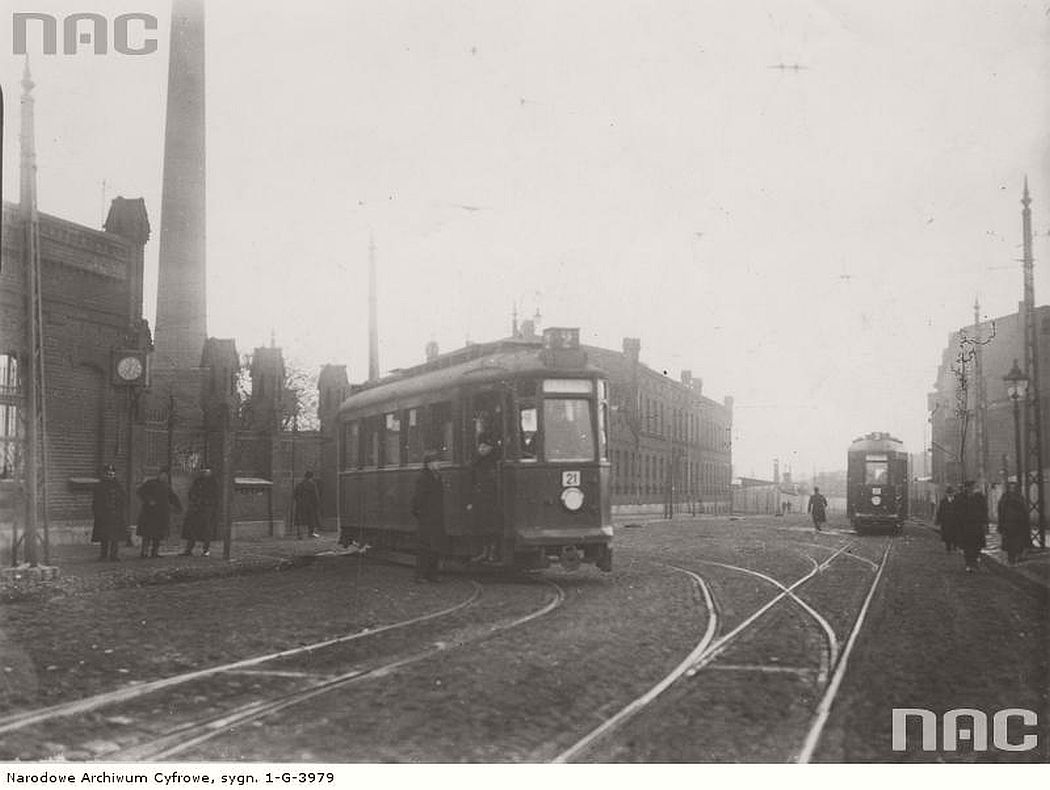 Leaving the depot near Tramwajowa street in Lodz, 1930s 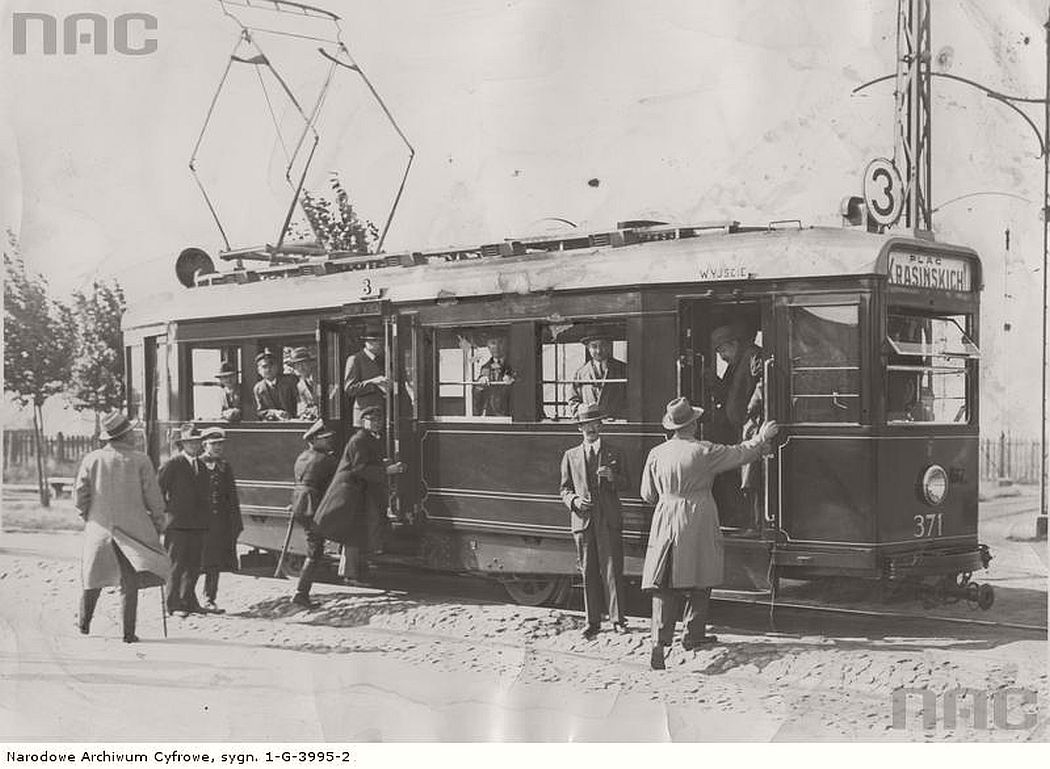 Line 17 tram at the depot near Żoliborska street in Warsaw, 1930s 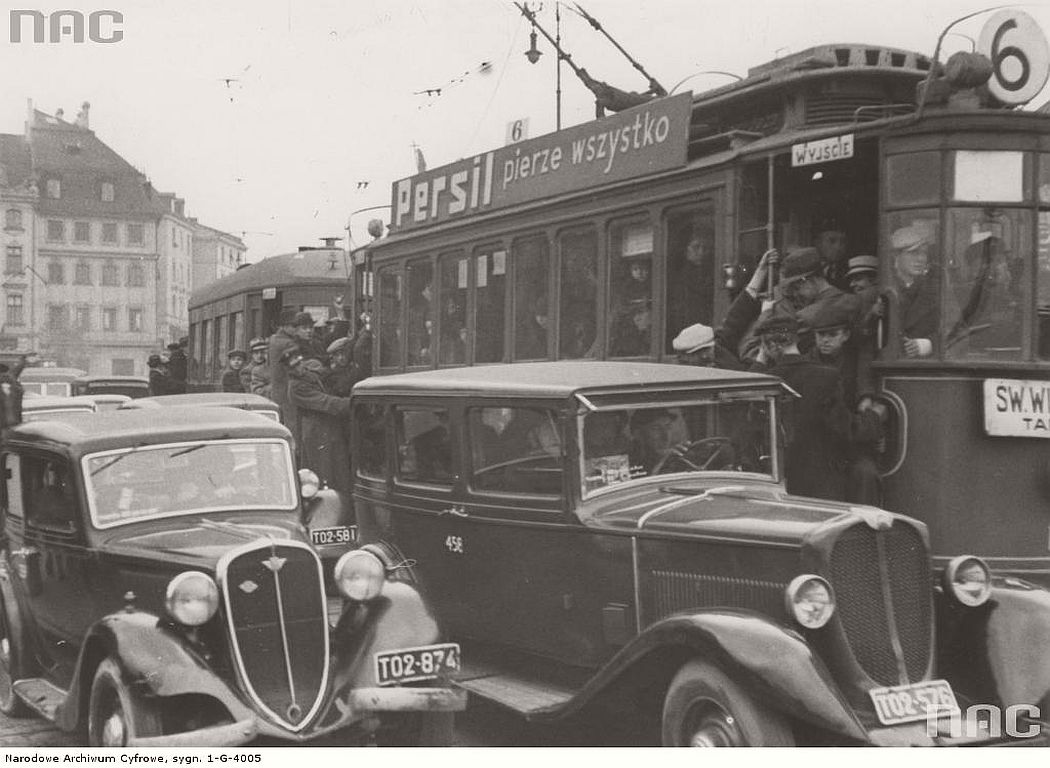 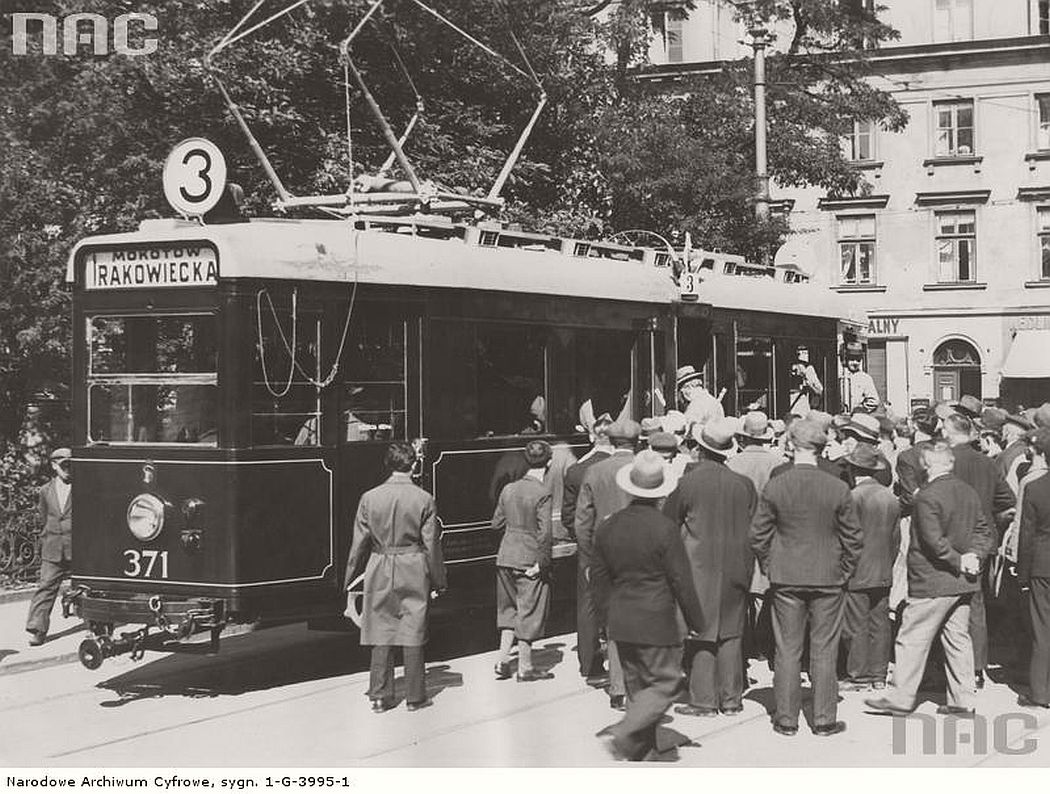 Passengers waiting at the entrance to the tram – line 3, Warsaw, 1933 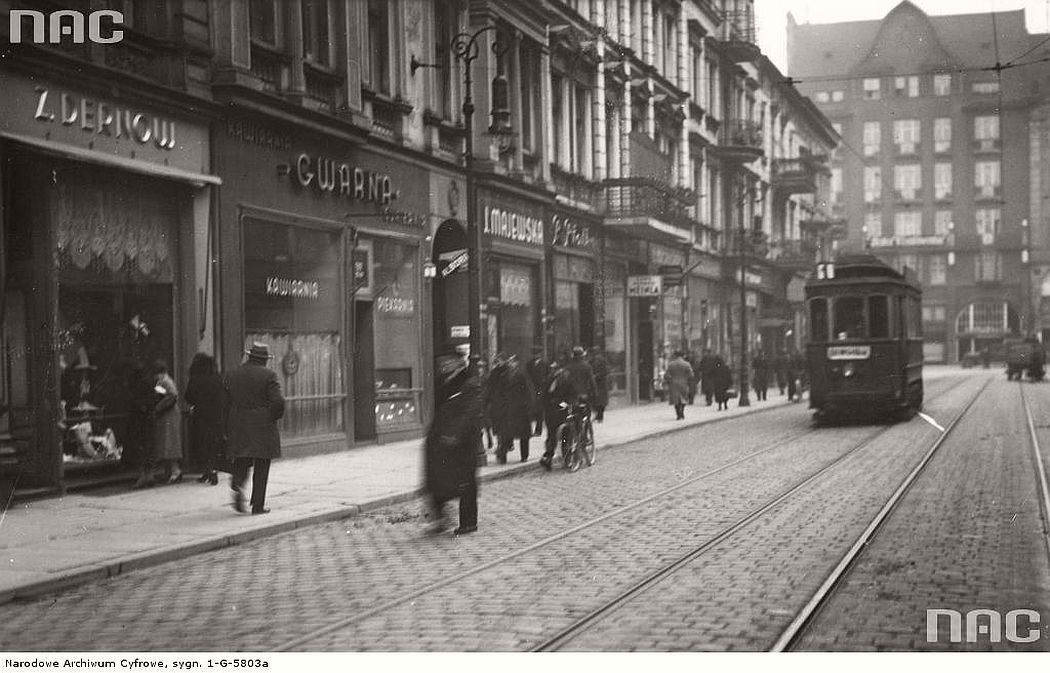 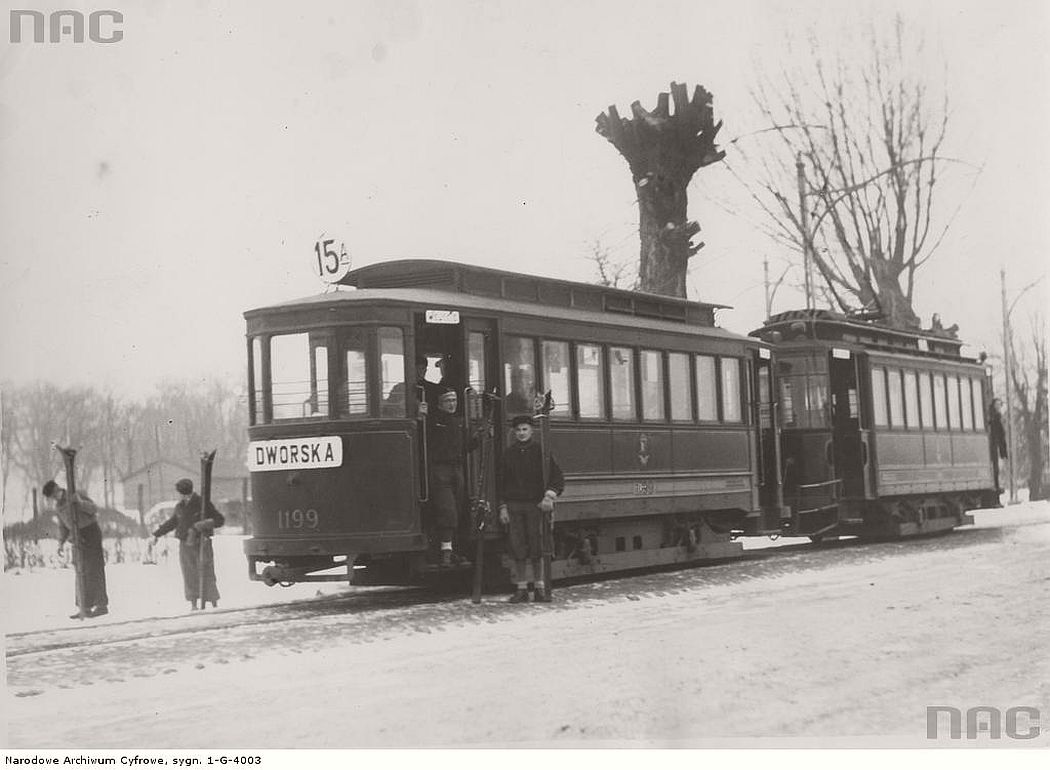 The final tram station of 15A line at Bielany. Warszawa, 1933

The interior of the tram near Jakubskie Przedmieście in Torun, 1935