On 5 October 1917 long time secretary to Booker T. Washington, Emmett J. Scott was appointed Special Assistant to Newton D. Baker, the Secretary of War. Emmett was to serve as a confidential advisor in situations that involved the well-being of ten million African-Americans and their roles in the war. While many African Americans who served in the Great War believed that, upon returning home racial discrimination would dissipate, that did not happen. Racial hatred after World War I was probably at its worst until the start of the Second World War. So with this American discrimination of African American soldiers, these troops were often sent to Europe where they were used to fill vacancies in the French Armies. Unlike the British, the French held high opinions of black soldiers which made for a more positive environment when working together. Ironically this made African American troops more passionate about fighting for America. This newly created patriotism by African Americans then led to the creation of the 369th Infantry Regiment.

Once the United States entered into World War I, many African Americans believed that entering the armed forces would help eliminate racial discrimination throughout the United States. Many African Americans felt that it was “a God-sent blessing” so that they could prove that they deserved respect from the white Americans through service in the armed forces. Through the efforts of the Central Committee of Negro College Men and President Wilson, a special training camp to train black officers for the proposed black regiments was established. 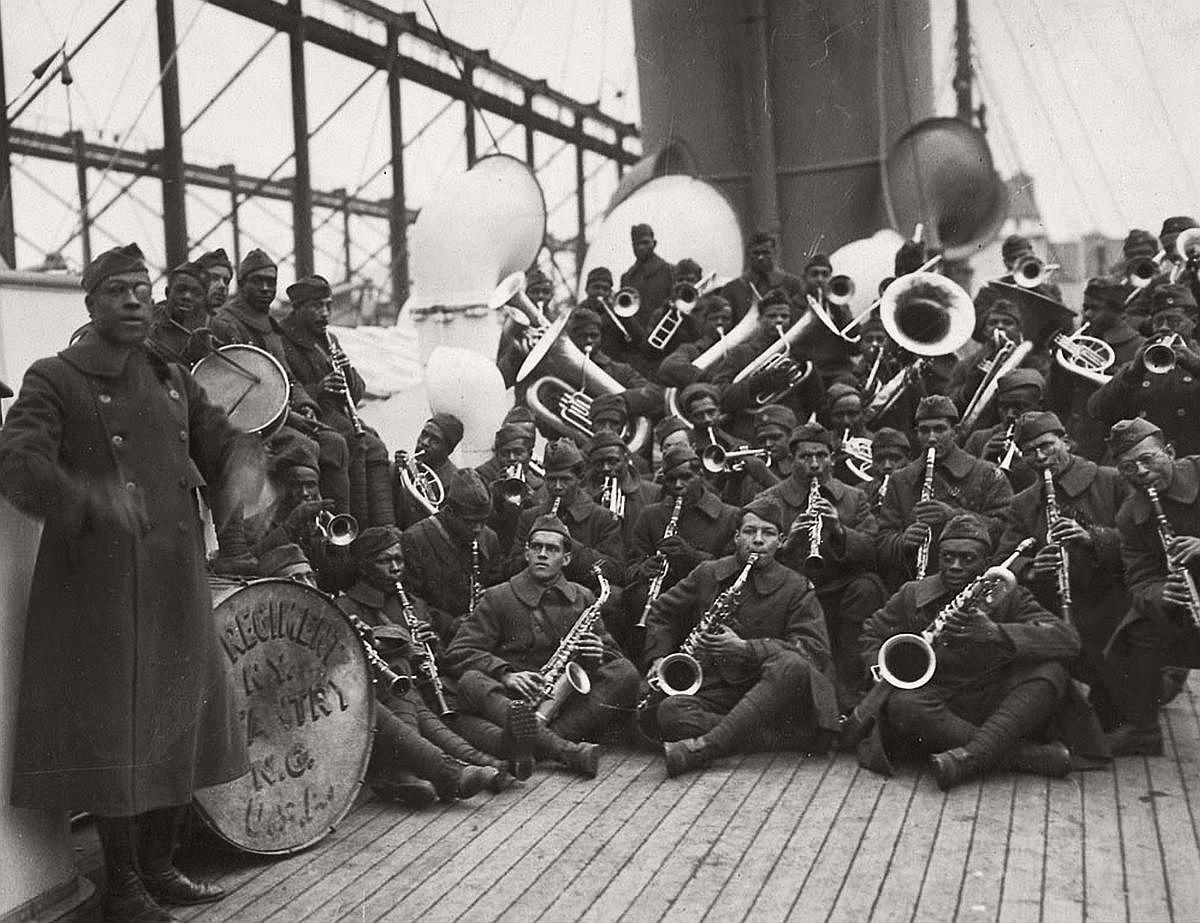 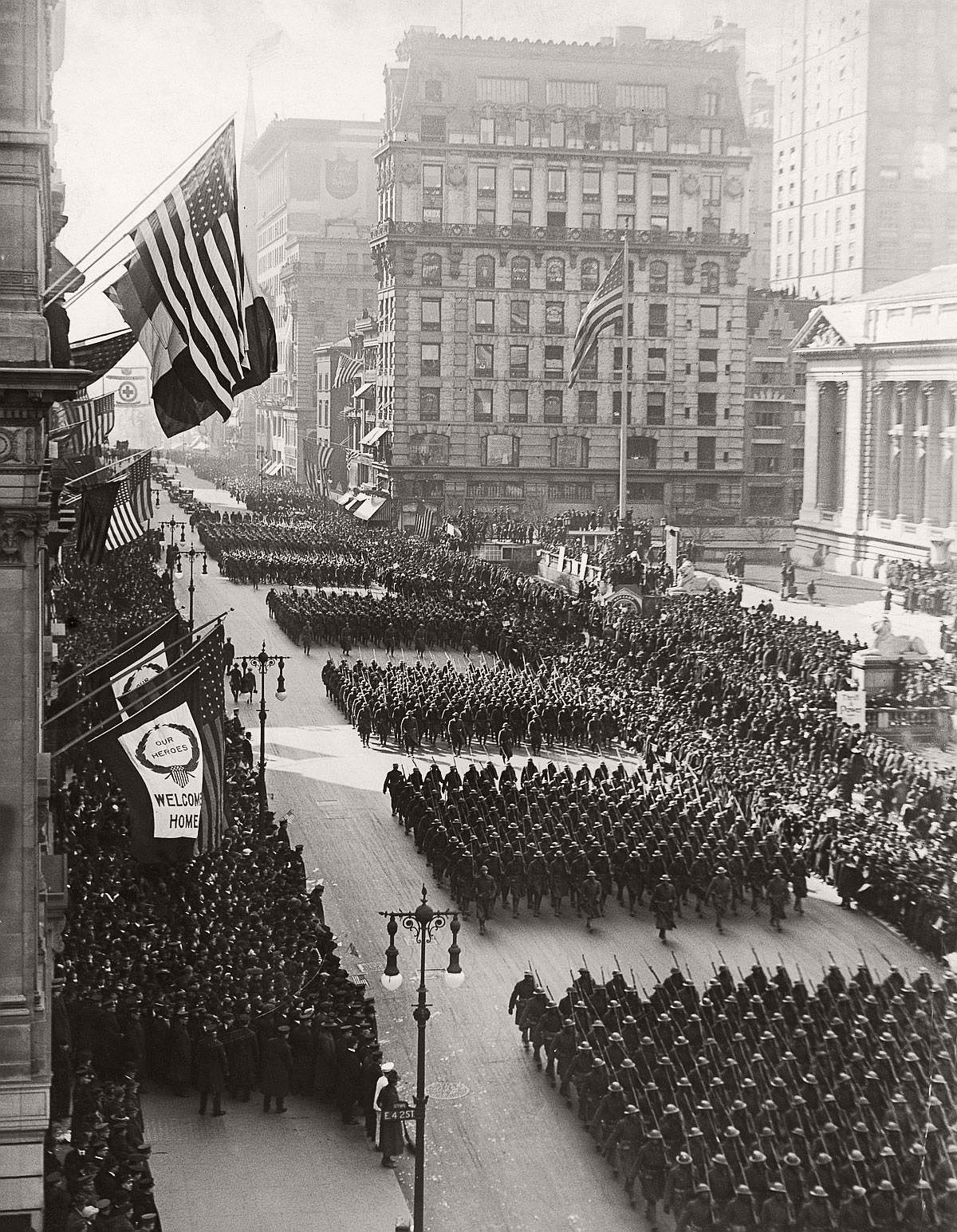 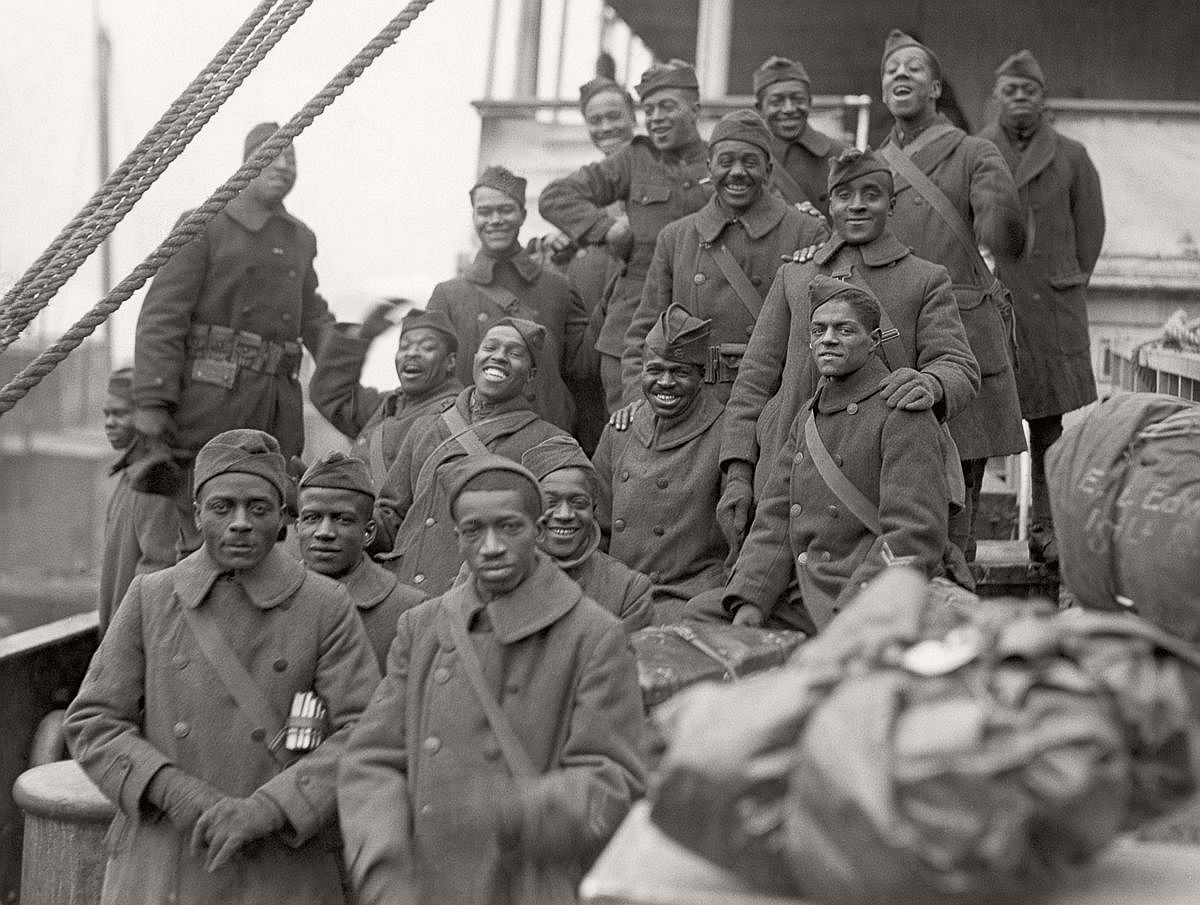 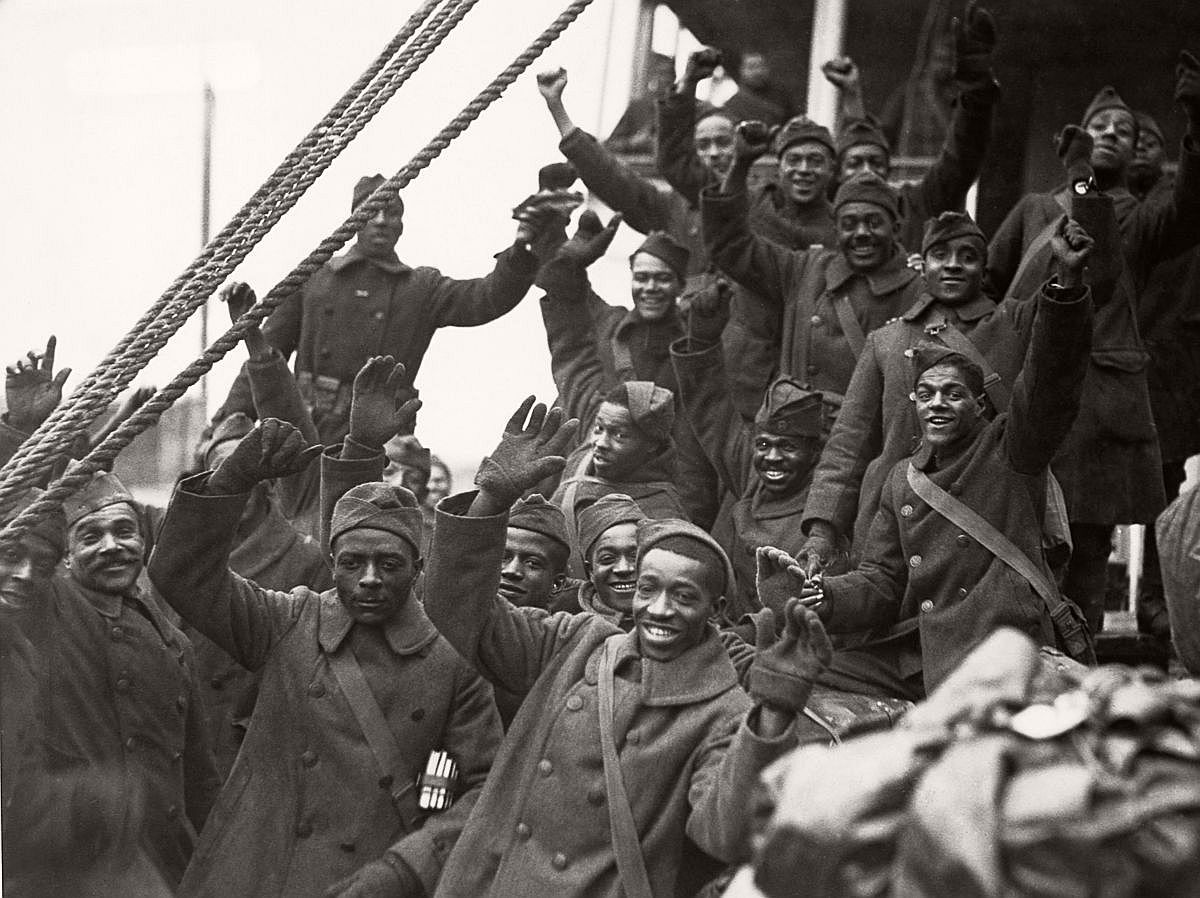 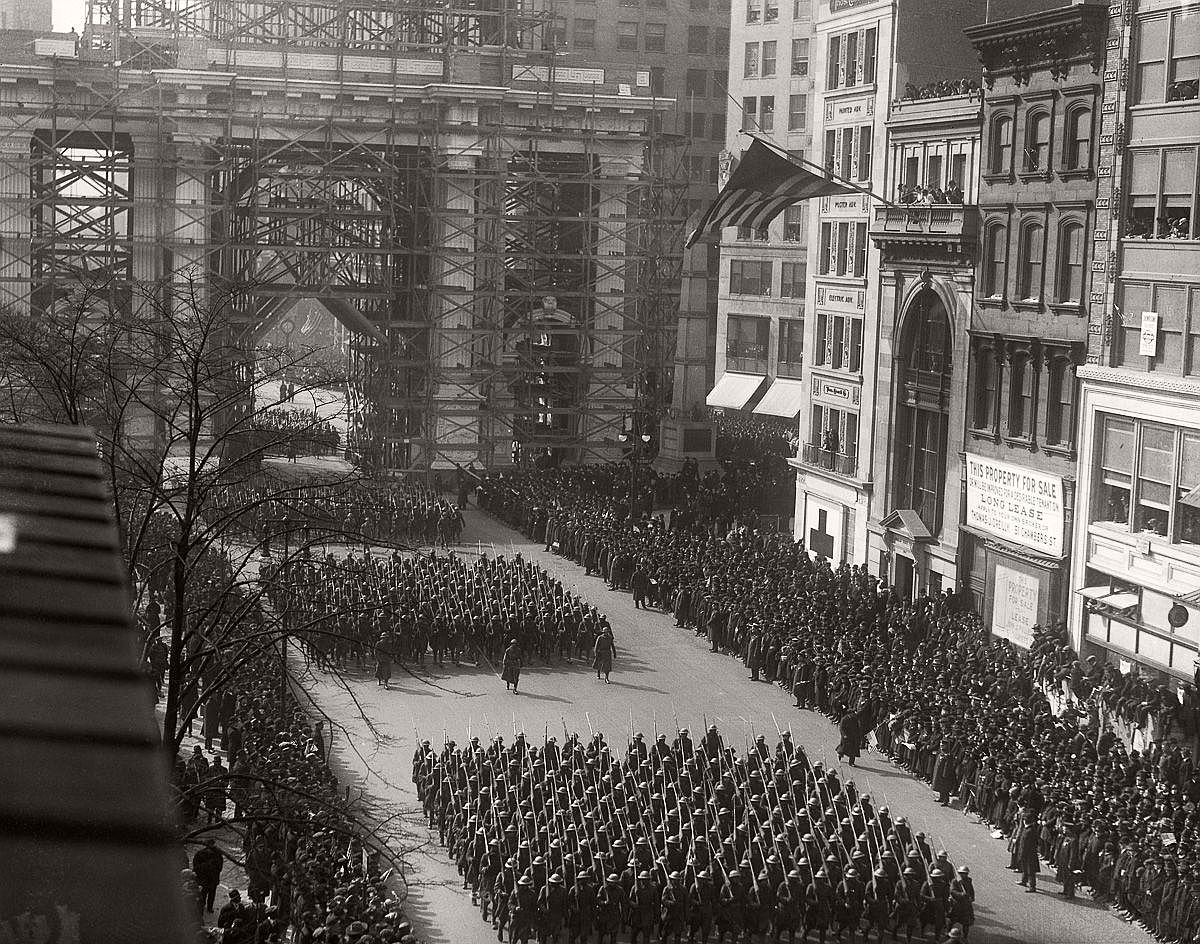 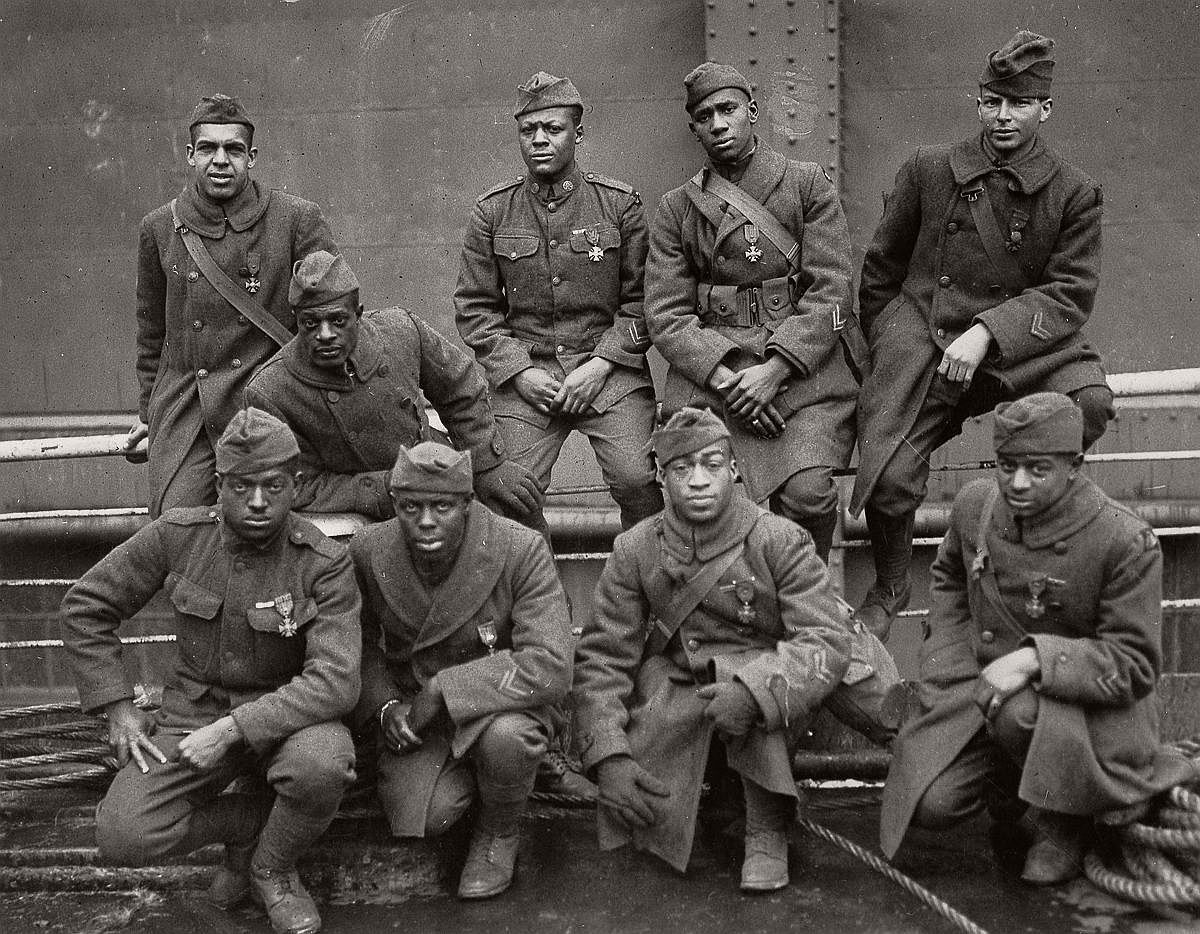 Soldiers of the 369th wearing the Cross of War medal pose for a photo on their trip back to New York, 1919. (National Archives) 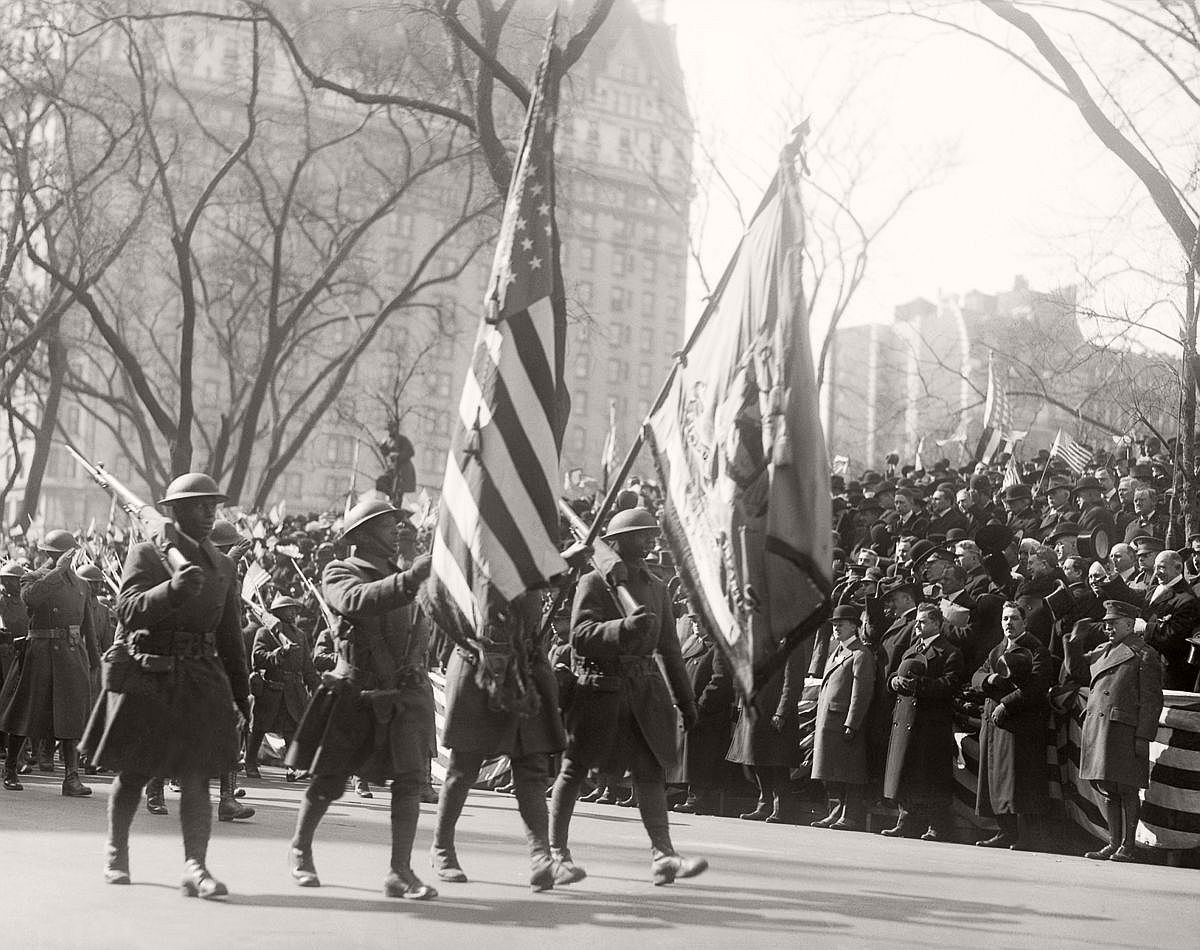 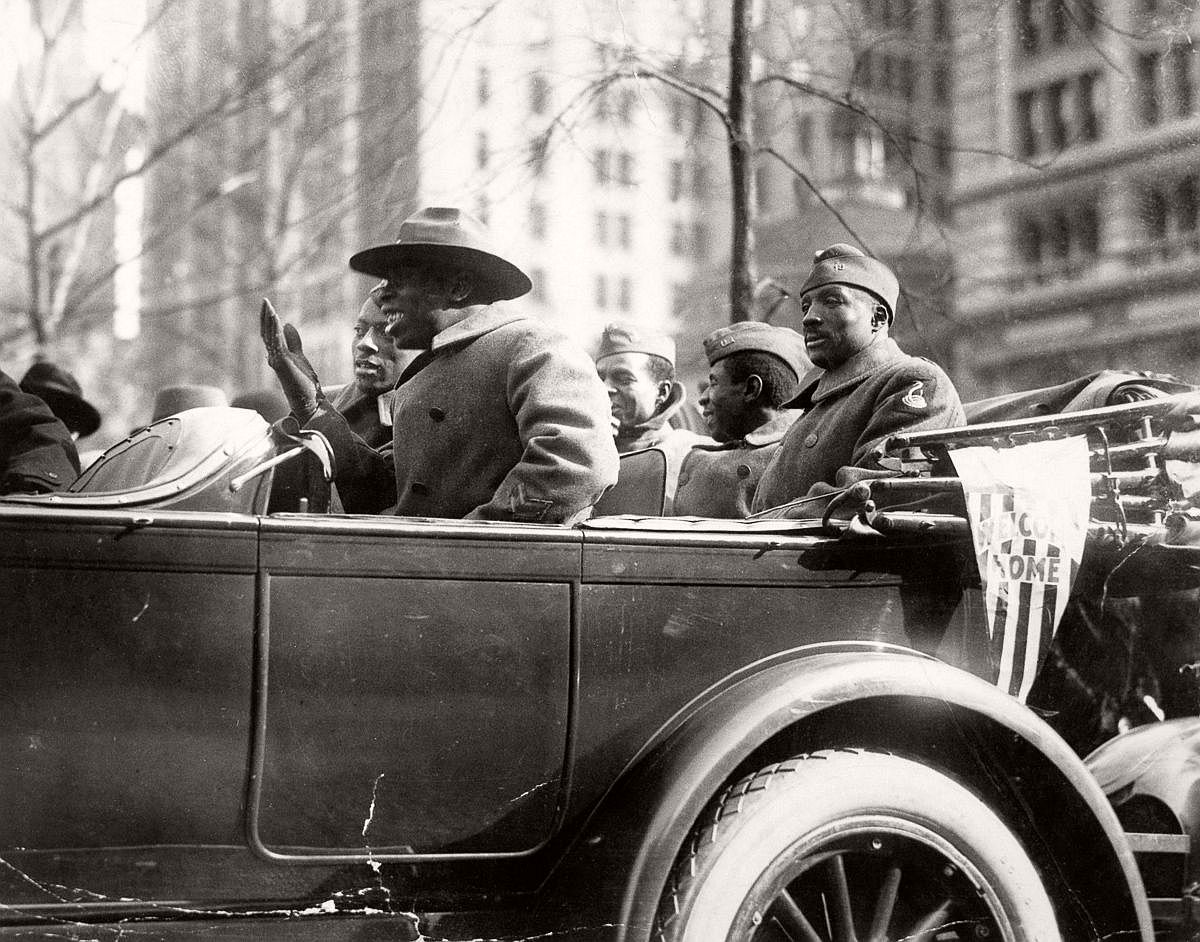 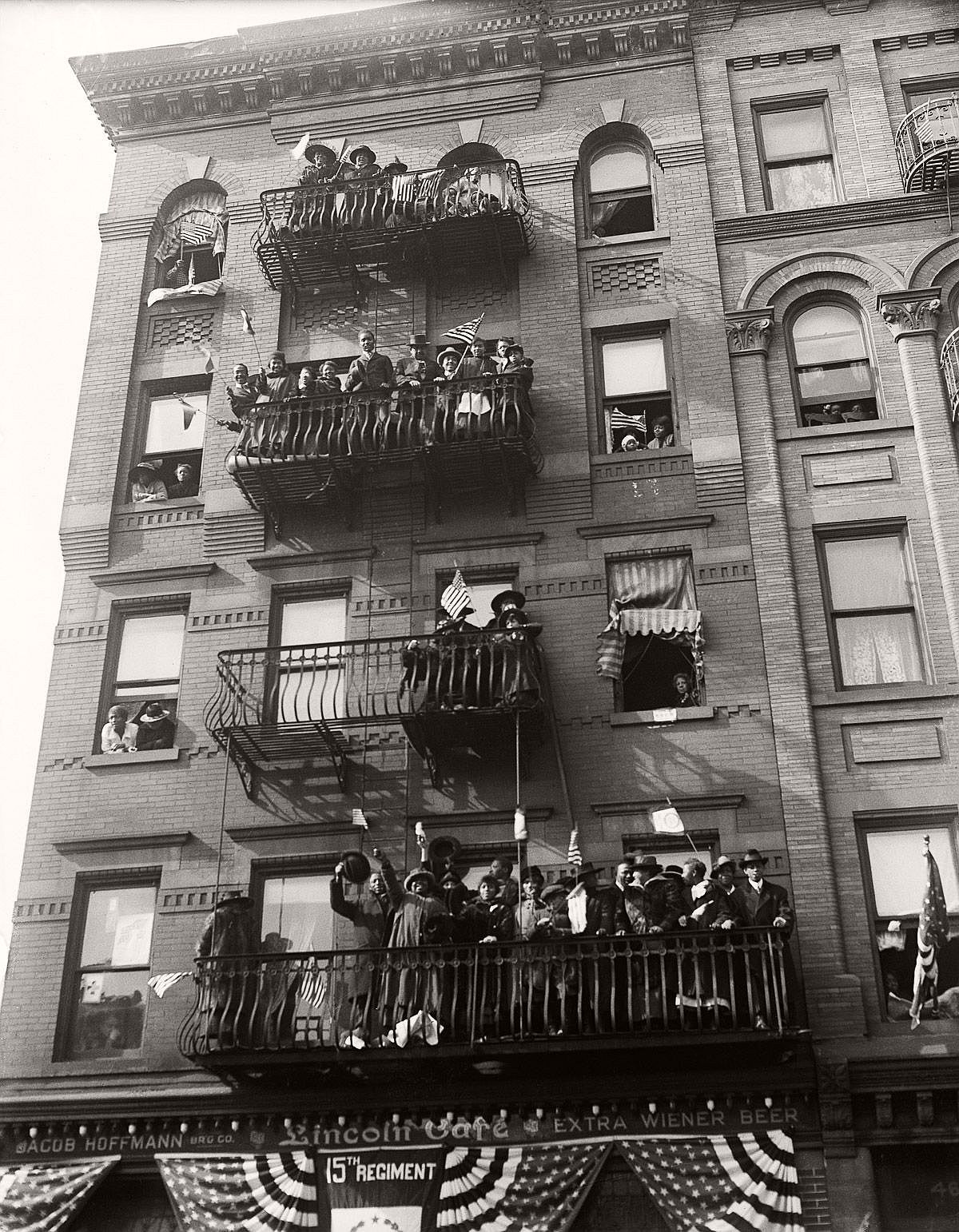 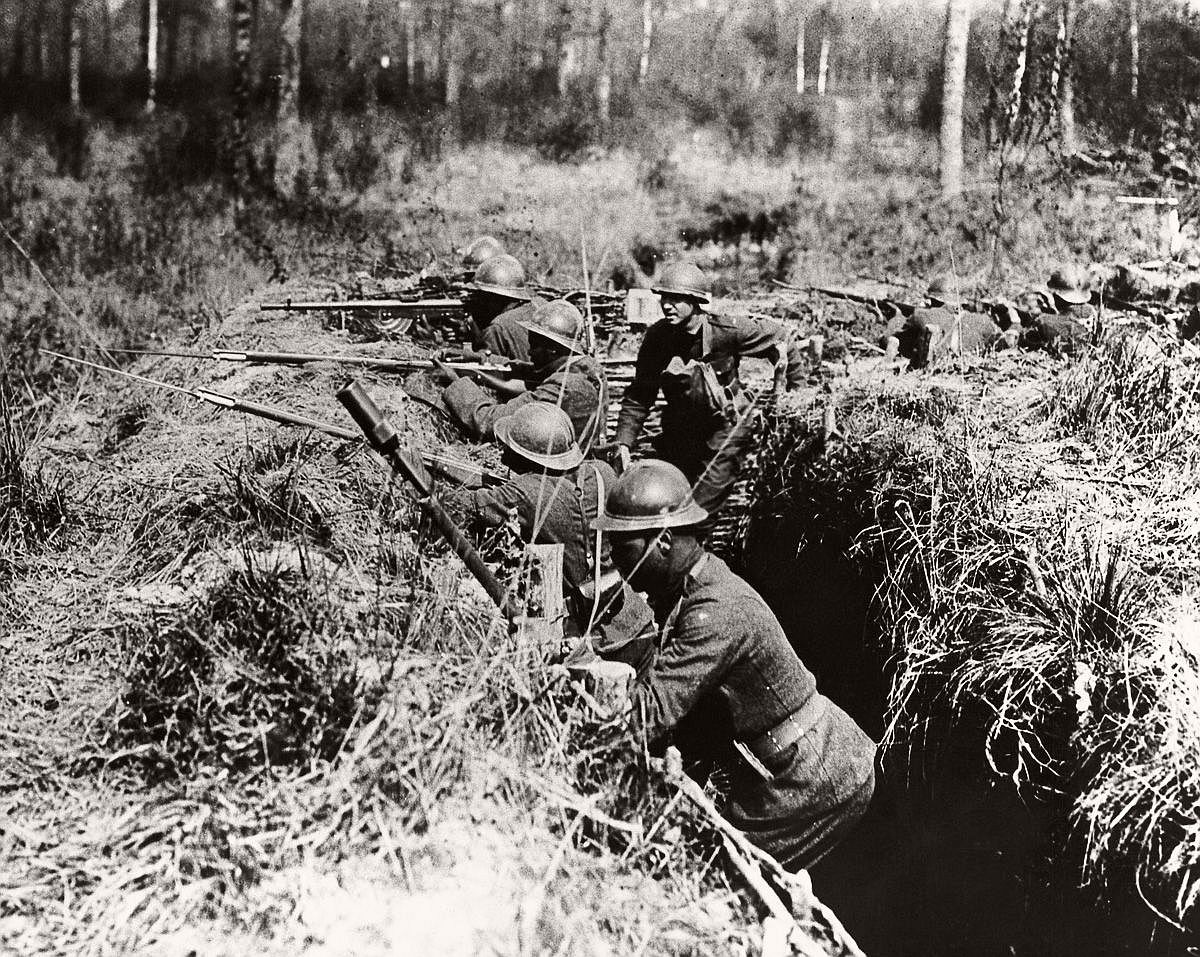 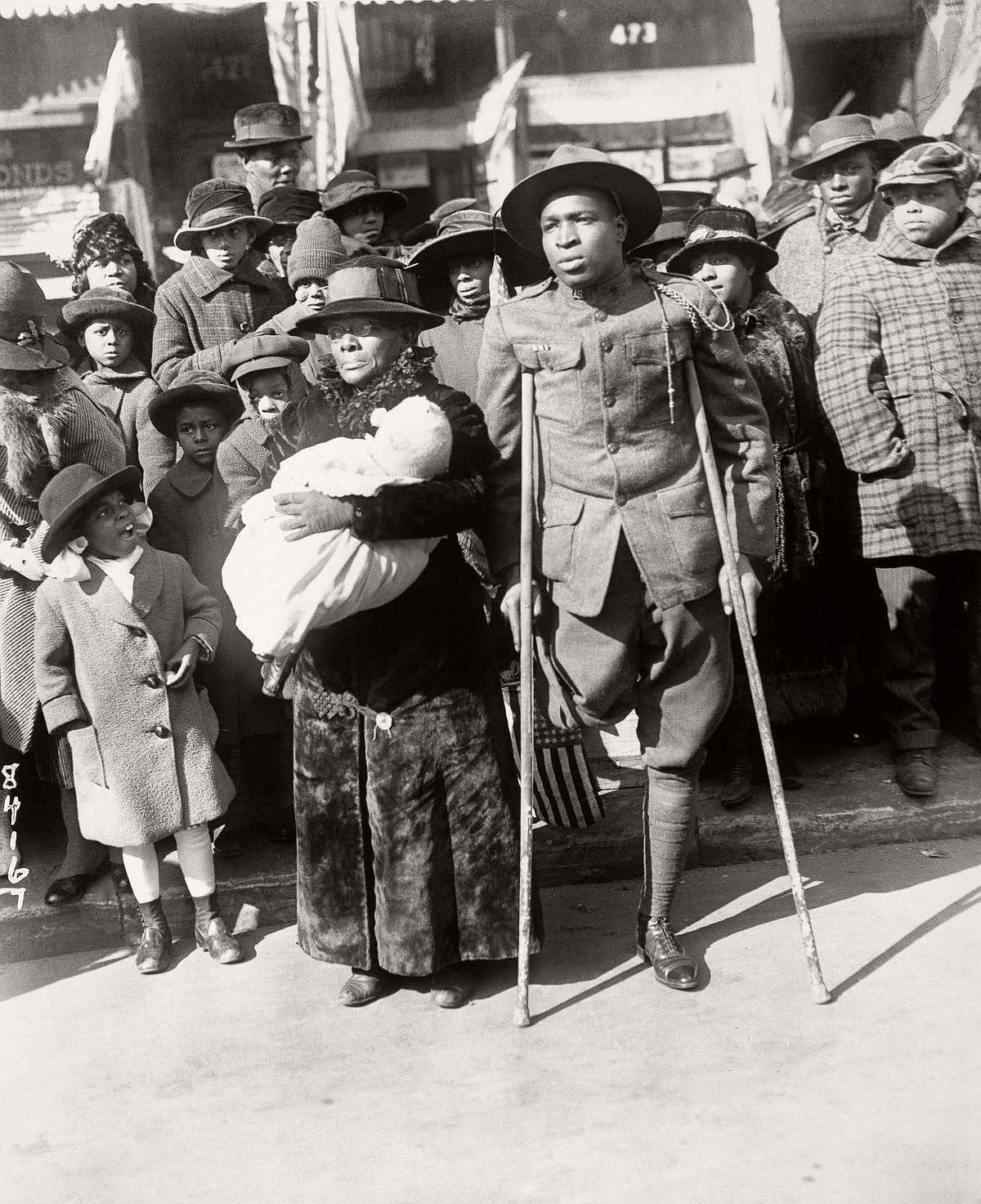 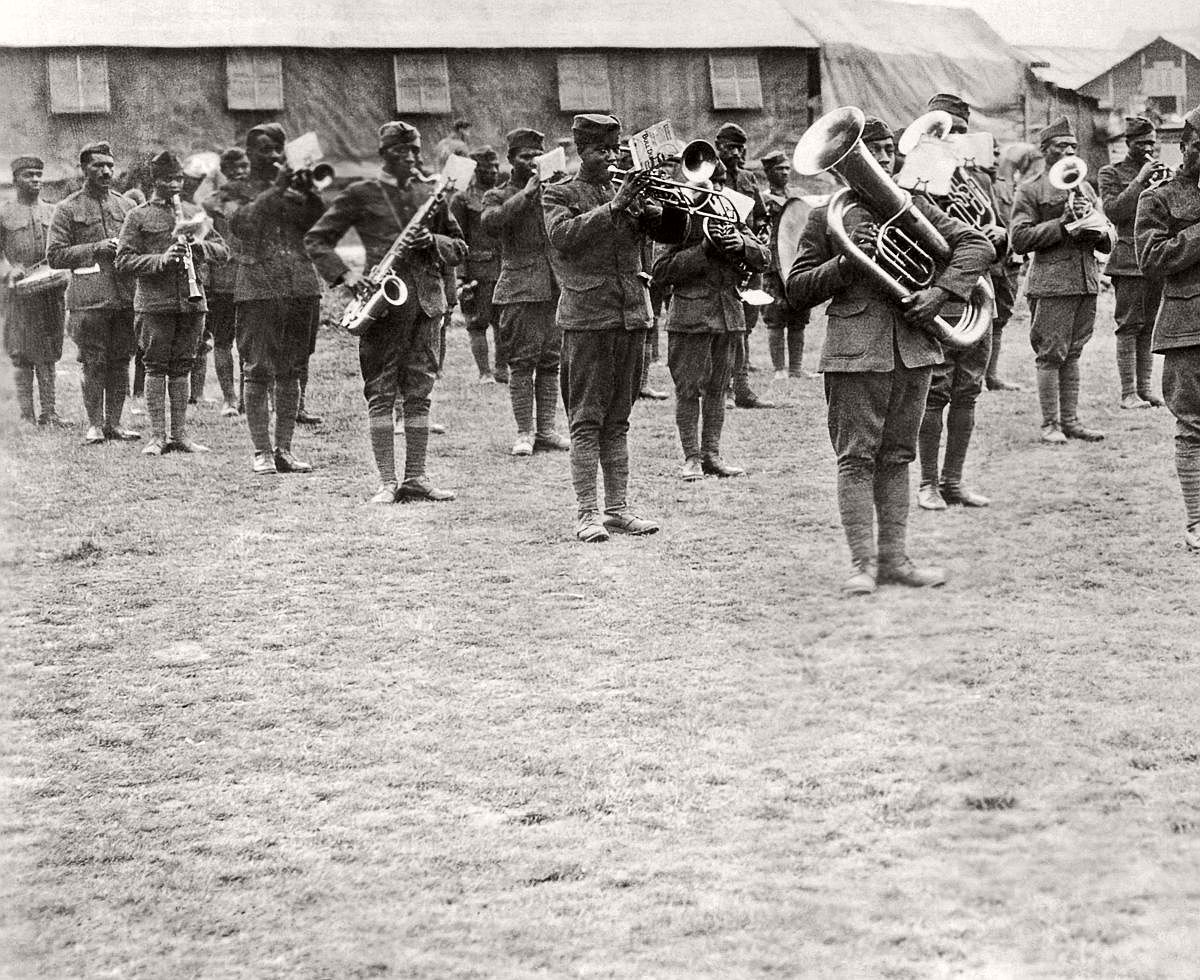 Members of the 369th Infantry band perform under the direction of Lt. James Reese Europe in France, 1918. (Underwood Archives/Getty Images) 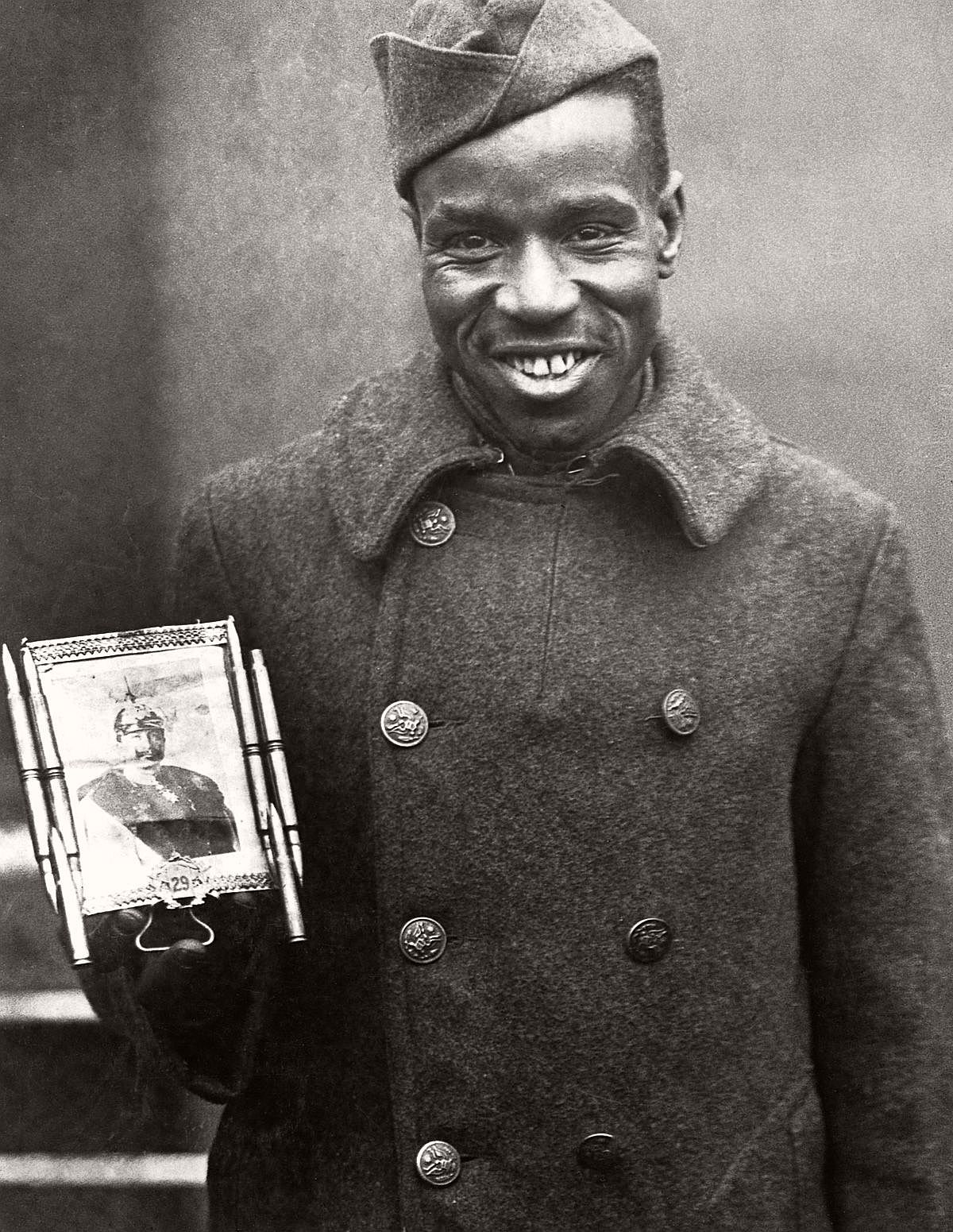 Cpl. Fred McIntyre of the 369th poses with a bullet-framed photo of Kaiser Wilhelm which he carries for good luck, c.1918. (Corbis) 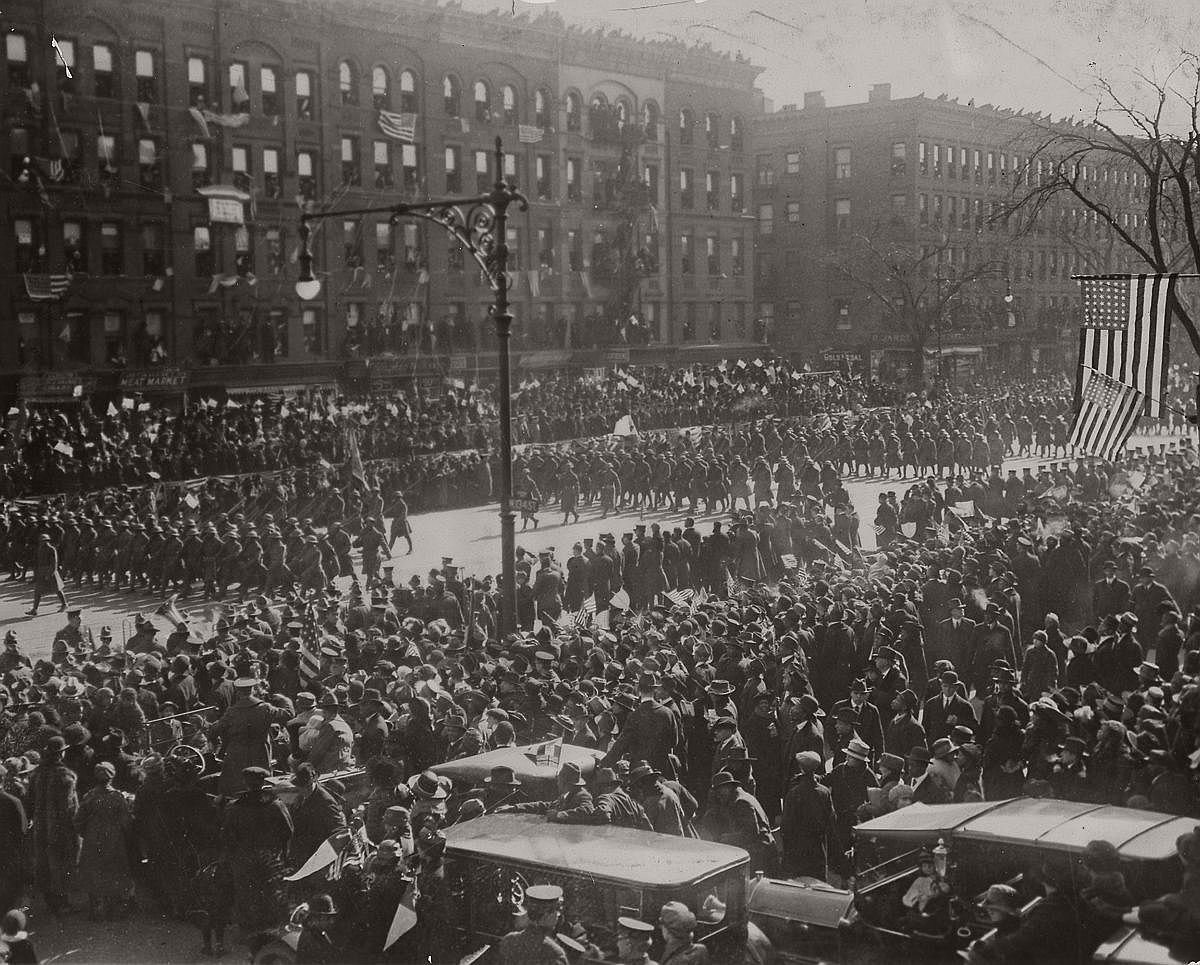 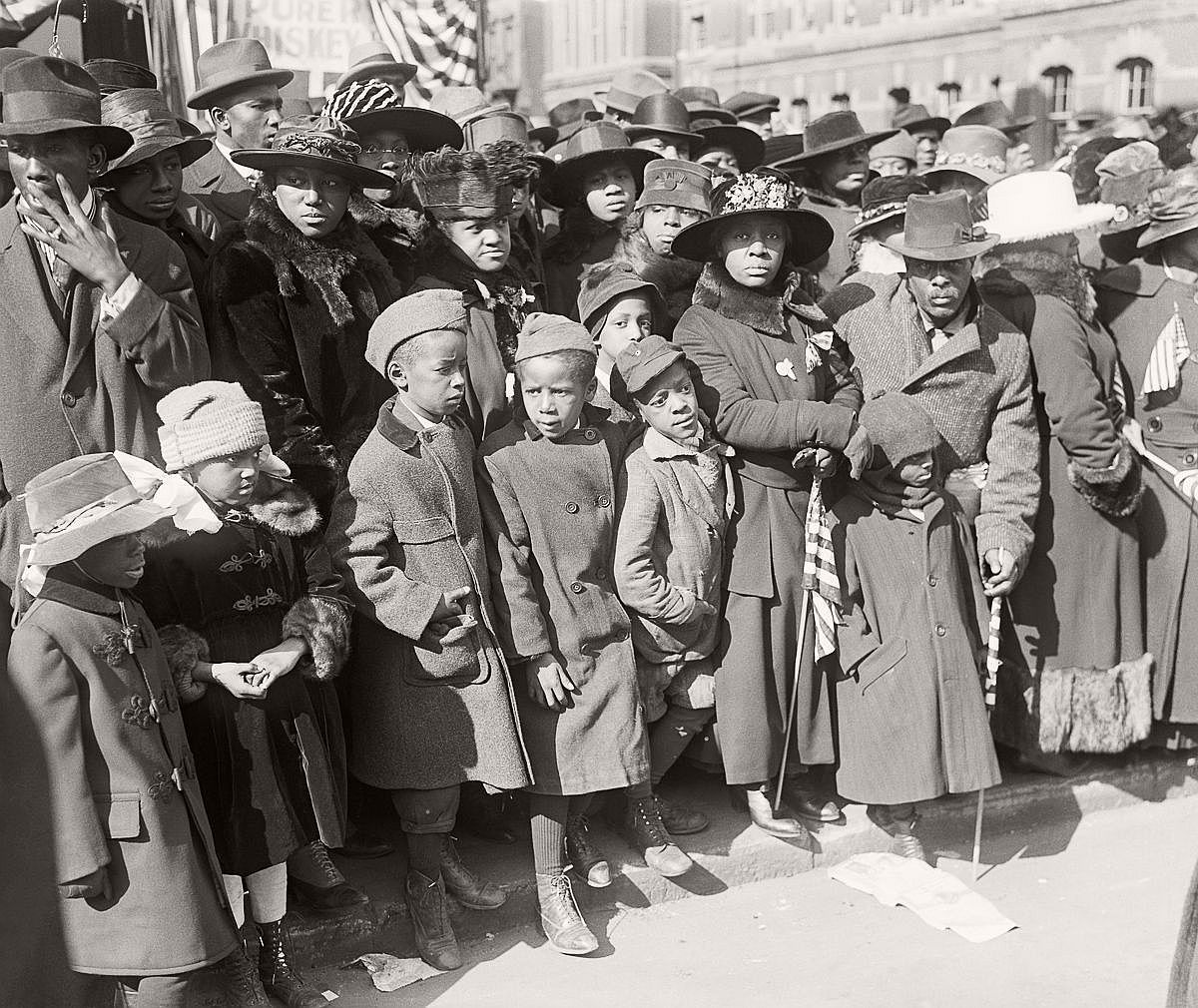 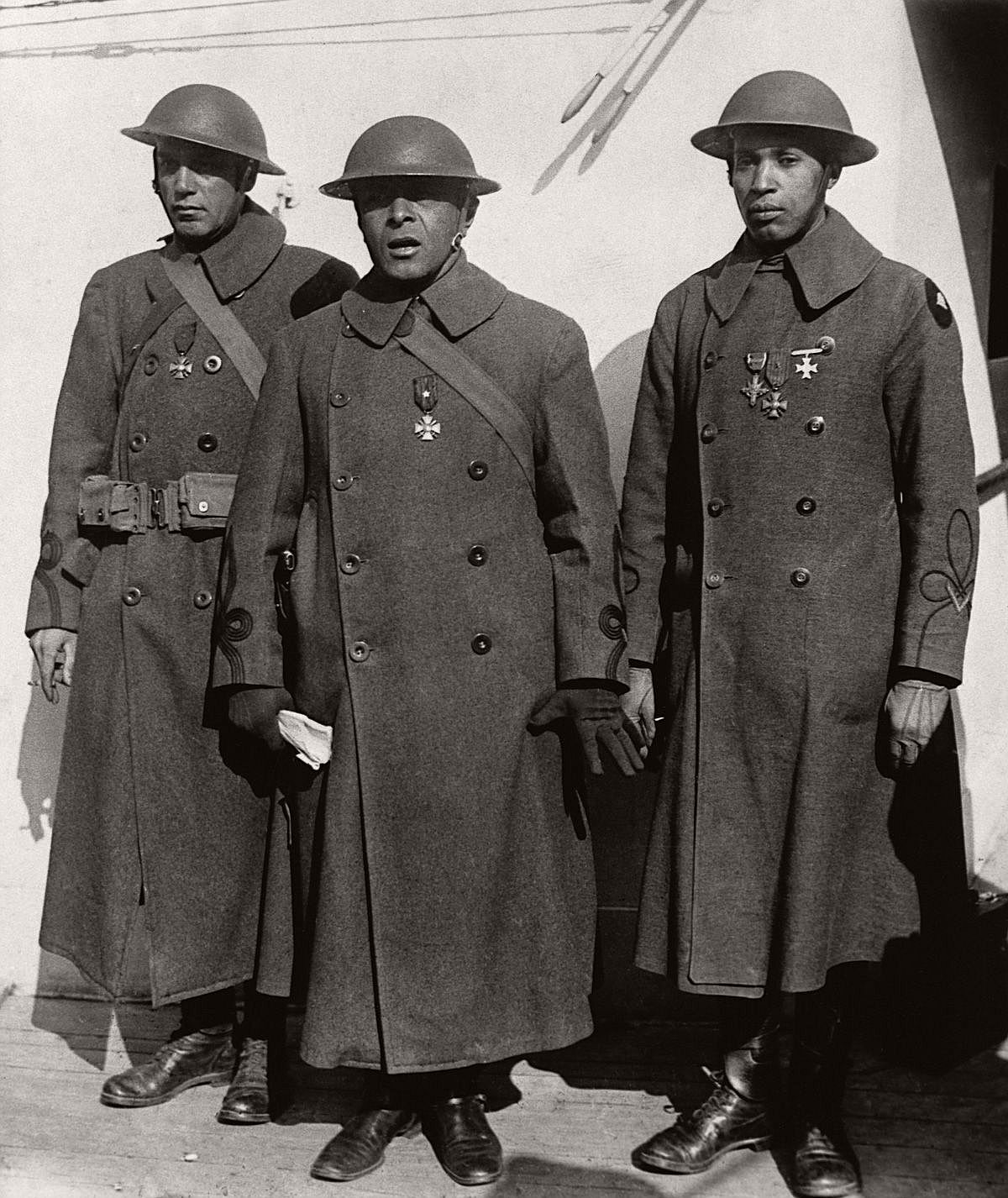 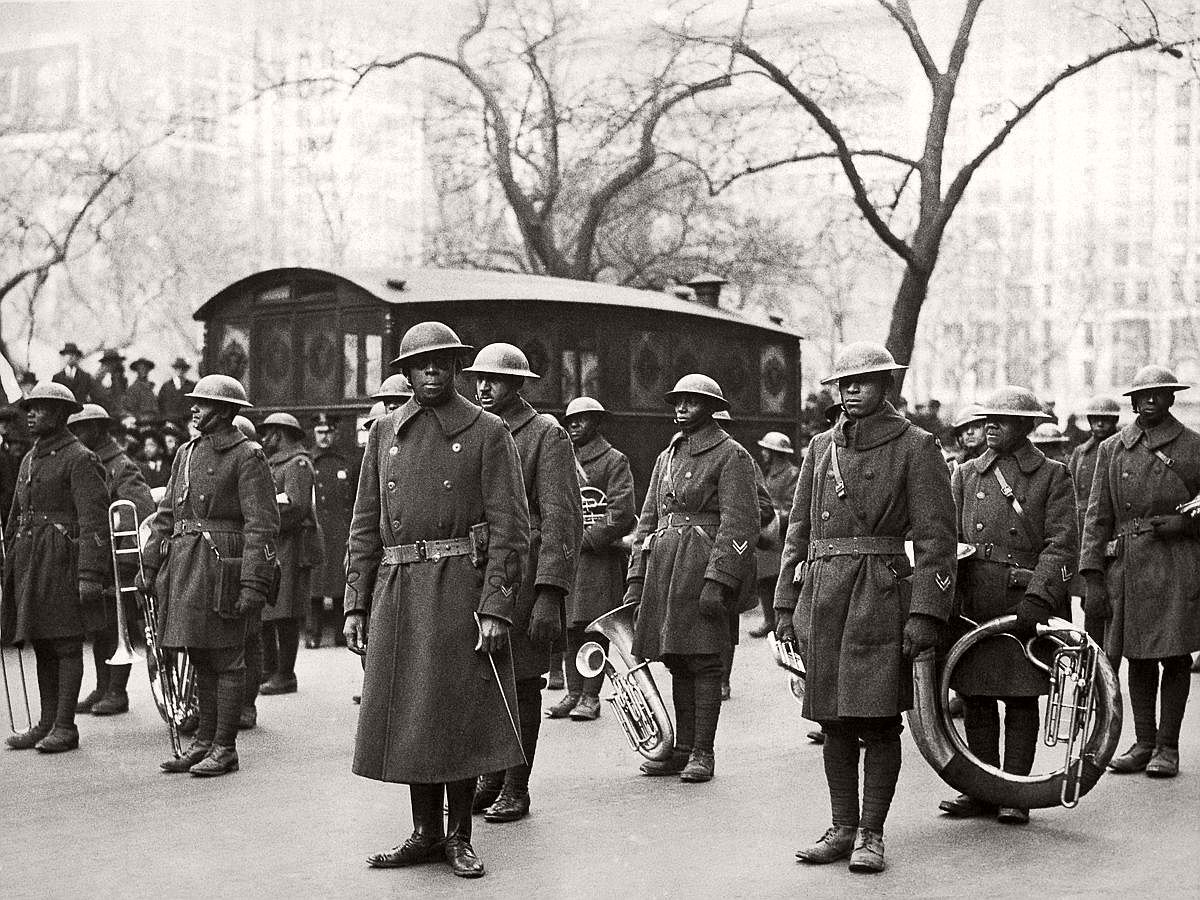 Lt. Reese leads the 369th band in a parade upon their return to New York City. Feb. 17, 1919. (Underwood Archives/Getty Images) 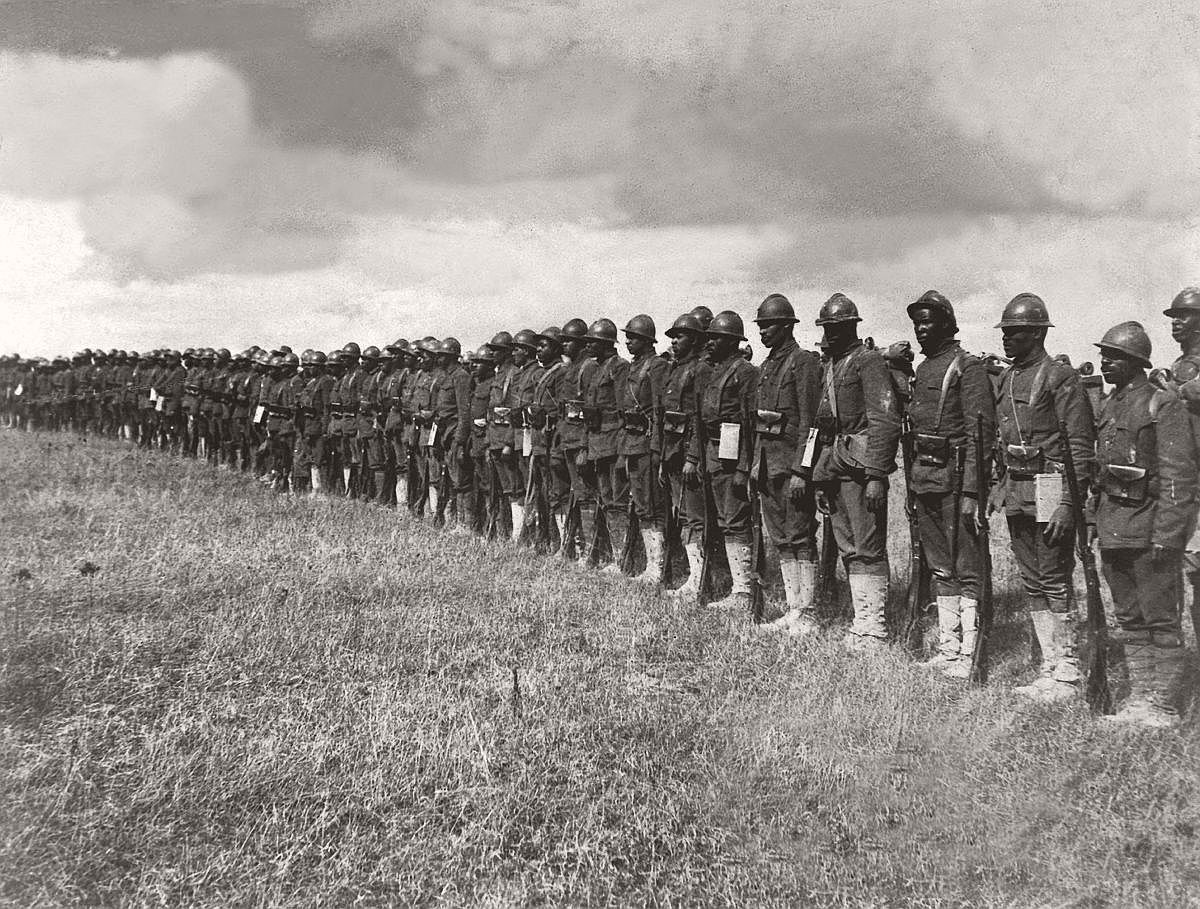