During the decades after the Civil War, St. Louis grew to become the nation’s fourth largest city, after New York City, Philadelphia, and Chicago. It also experienced rapid infrastructure and transportation development and the growth of heavy industry. The period culminated with the 1904 World’s Fair and 1904 Summer Olympics, which were held concurrently in St. Louis.

During the 1880s, the city grew in population by 29 percent, from 350,518 to 451,770, making it the country’s fourth largest city; it also ranked fourth as measured by value of its manufactured products, and more than 6,148 factories existed in 1890. However, during the 1890s, manufacturing growth slowed dramatically.[138] The Panic of 1893 and subsequent depression and the overproduction of grain made St. Louis mills considerably less productive and valuable. Flour milling was halved and most other industries suffered similar declines.

The introduction of the railroad in St. Louis helped spread the fortune and initialize much of this industrial success. With the completion of the Municipal Railroad System, St. Louis’ manufacturers could get their products to consumers on the East Coast much faster than before. 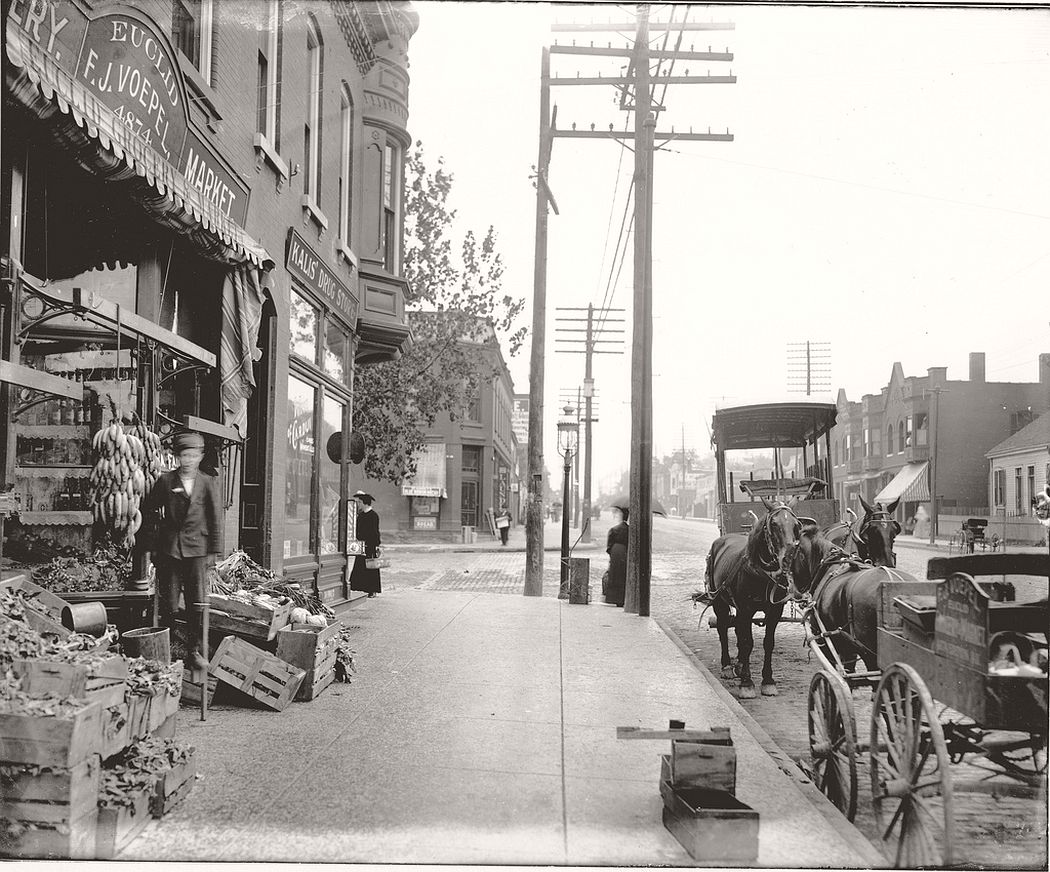 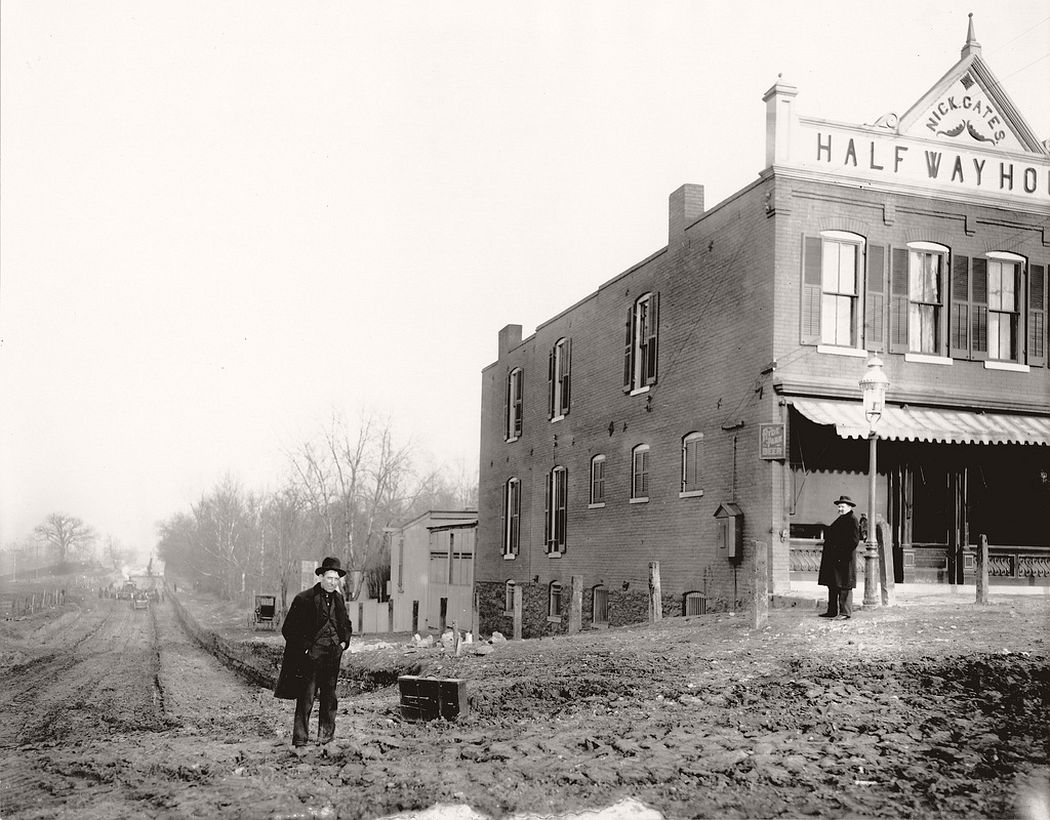 Construction of North Taylor Avenue at the intersection of Florissant Avenue, 1906 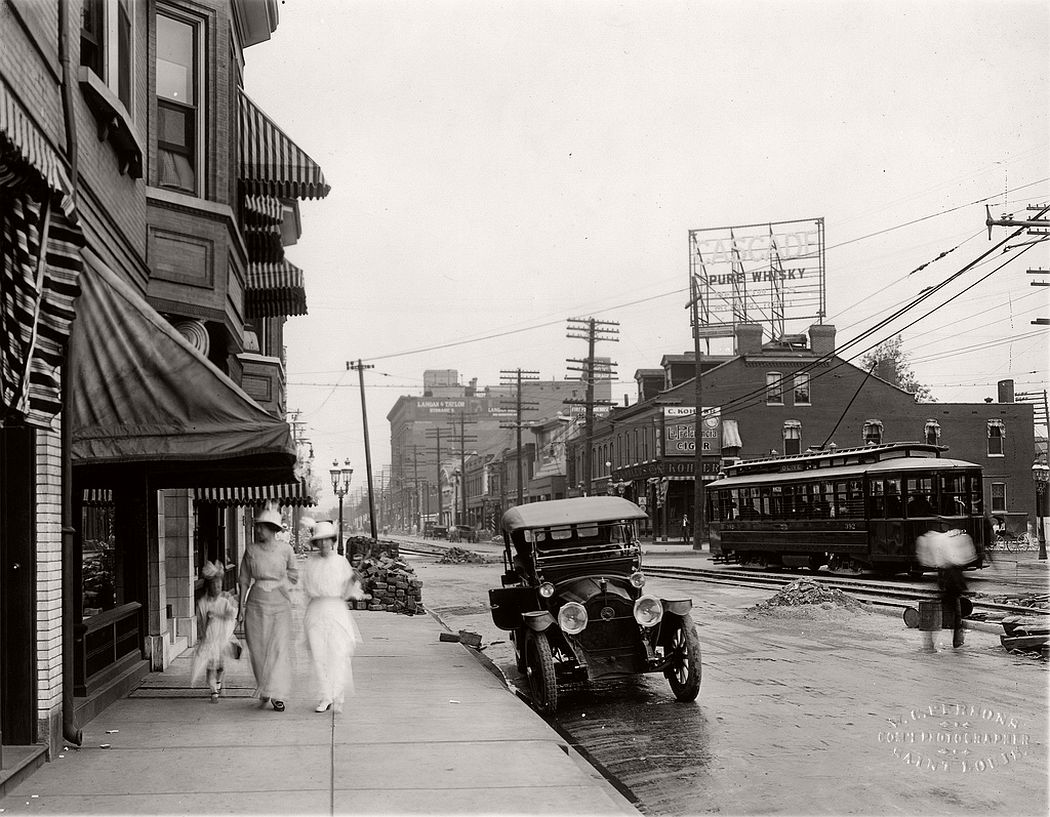 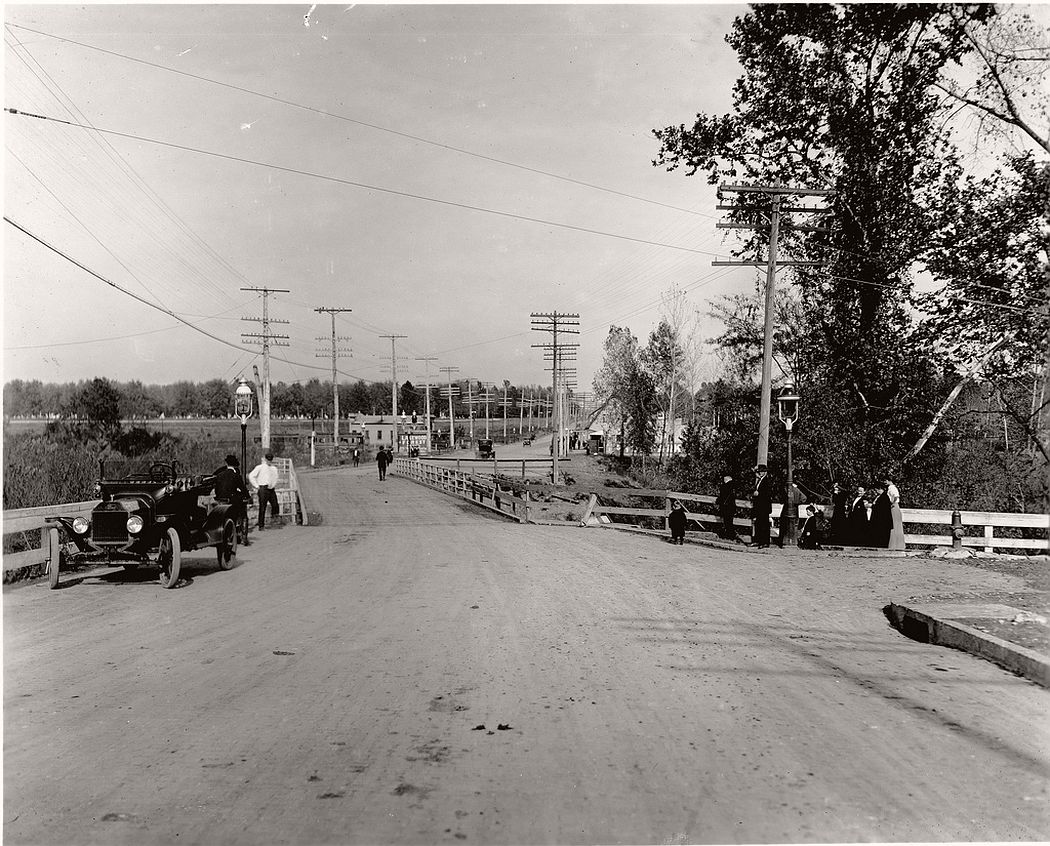 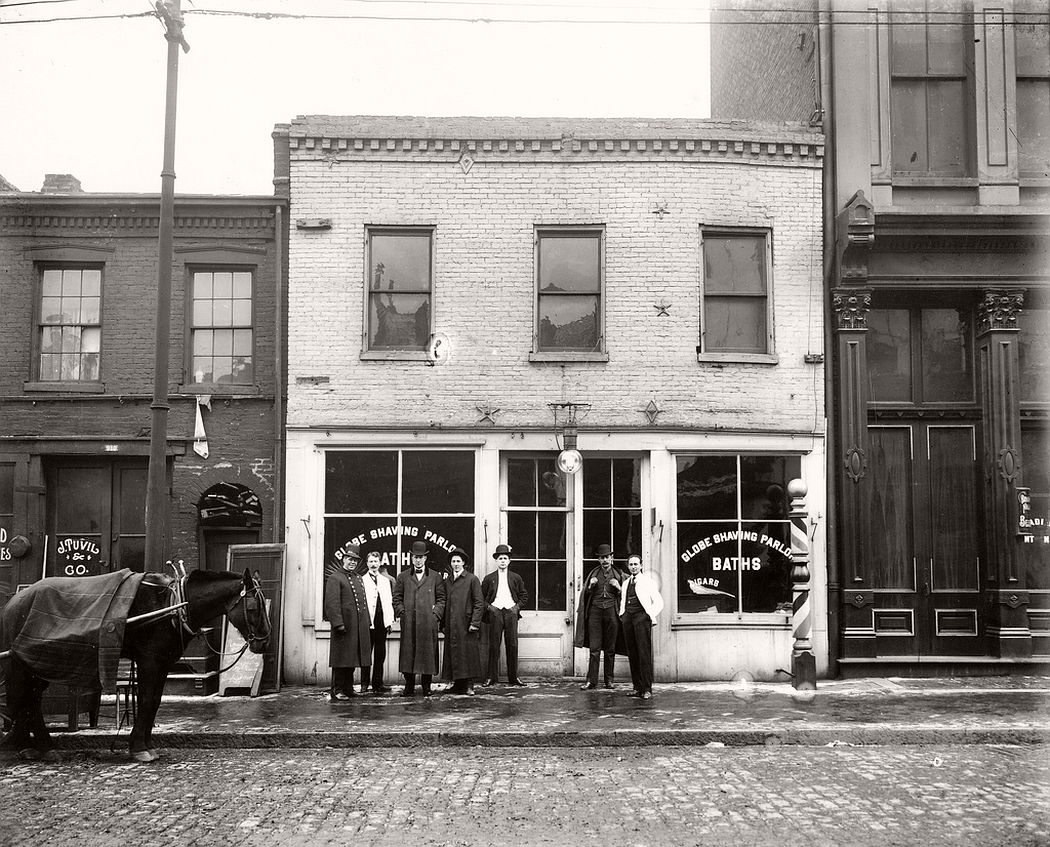 Group of men standing in front of the Globe Shaving Parlor at 1015 Carr Street, ca. 1910 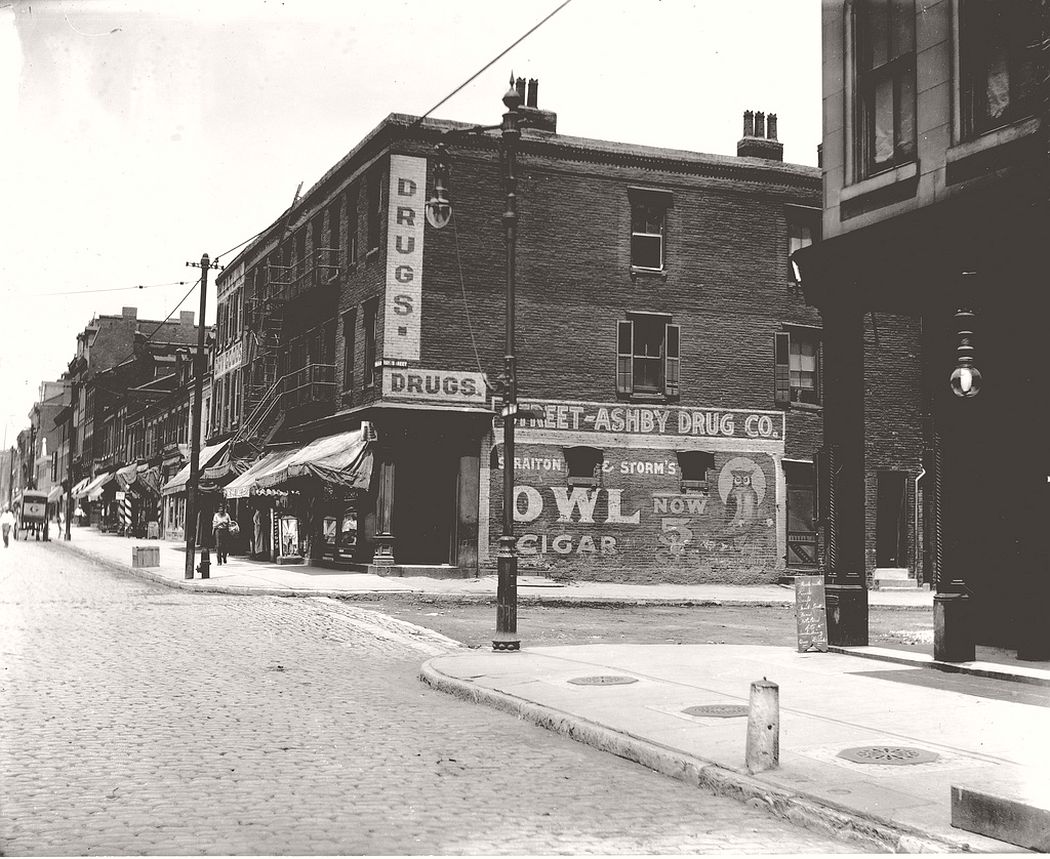 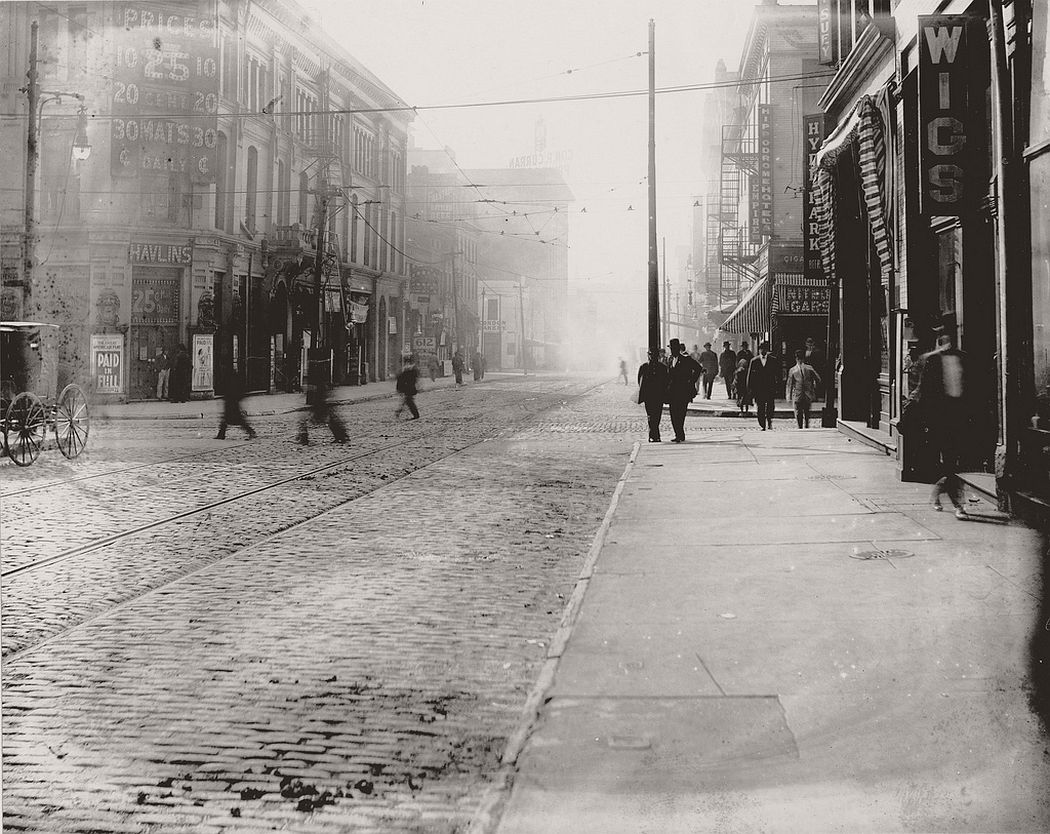 Intersection of Sixth and Walnut Streets, 1907 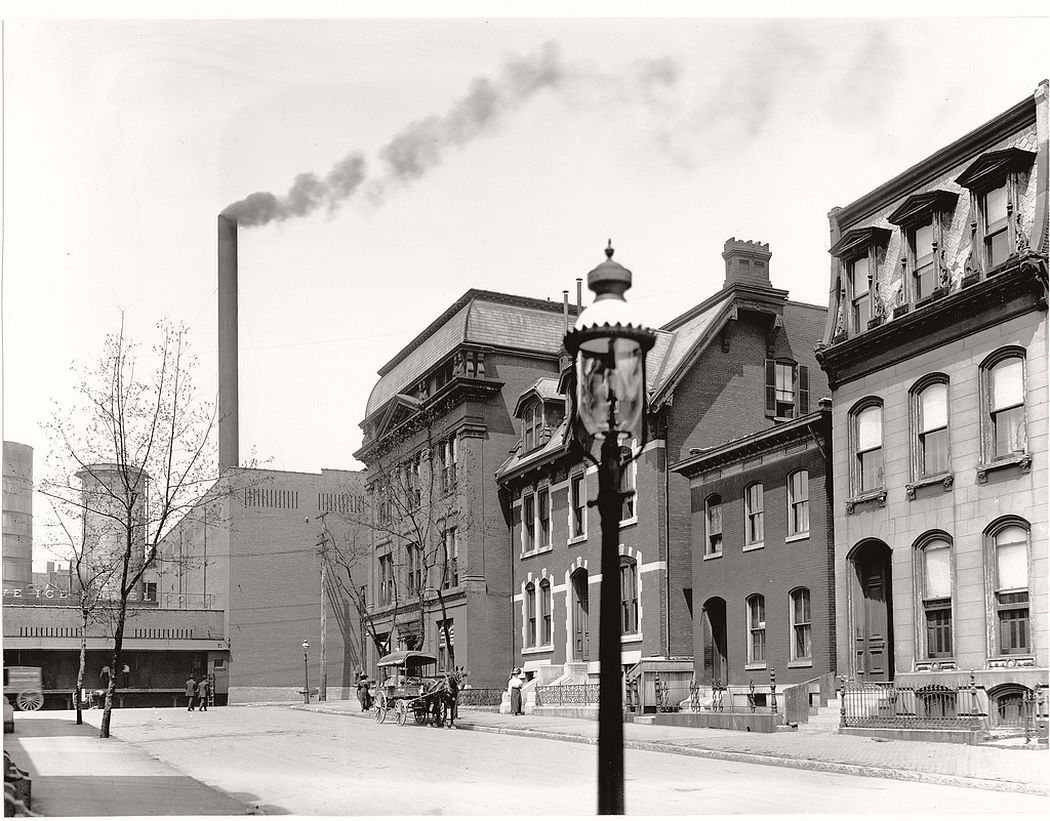 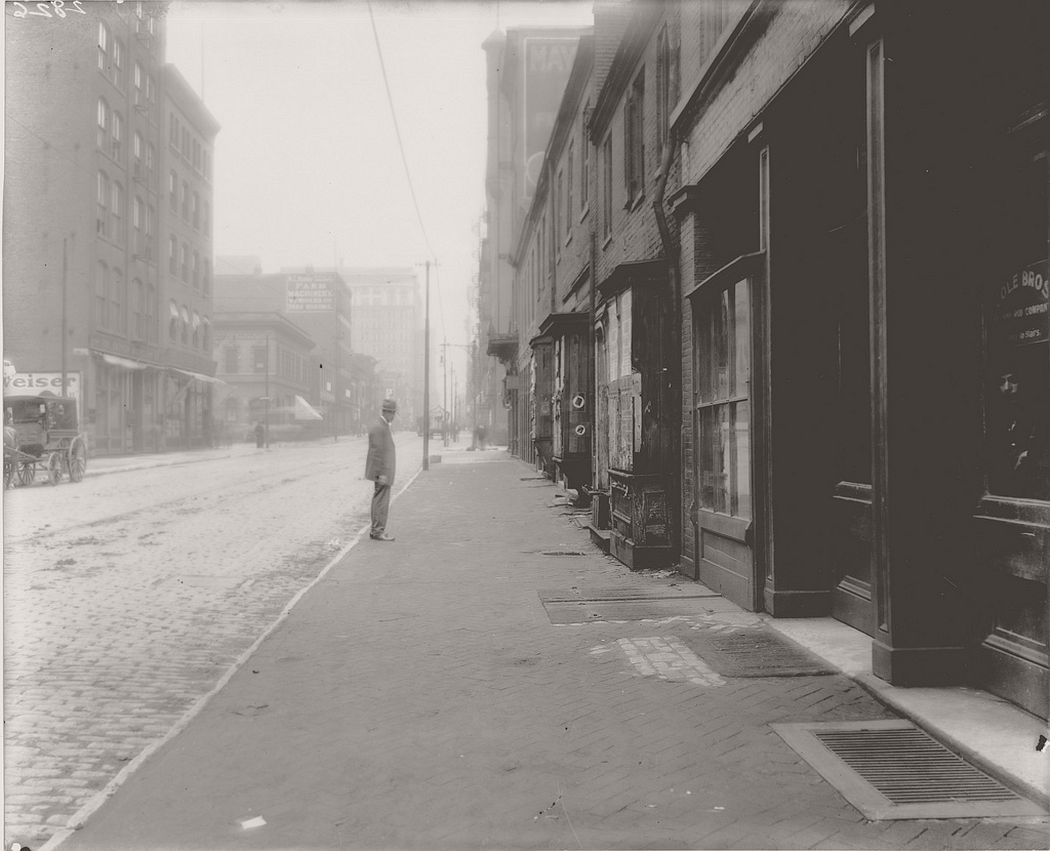 A man peers out of the window at Cole Brothers Lightning Rod Company at 316 S. Seventh Street, ca. 1900s 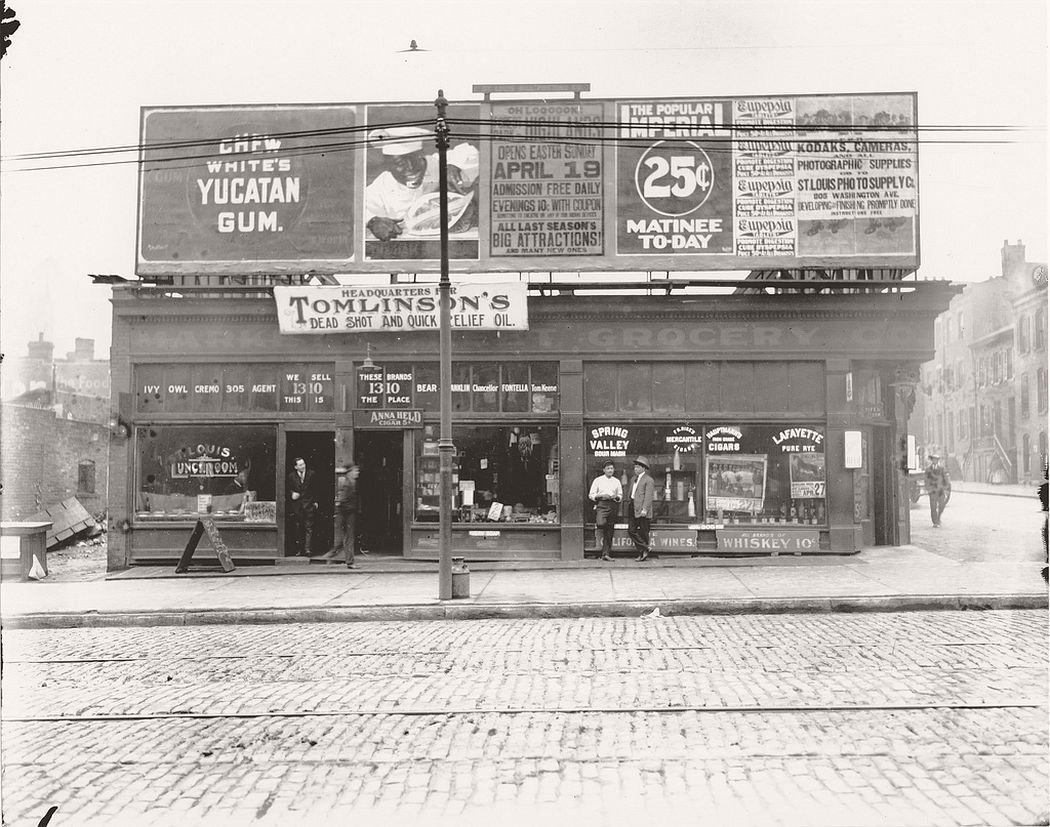 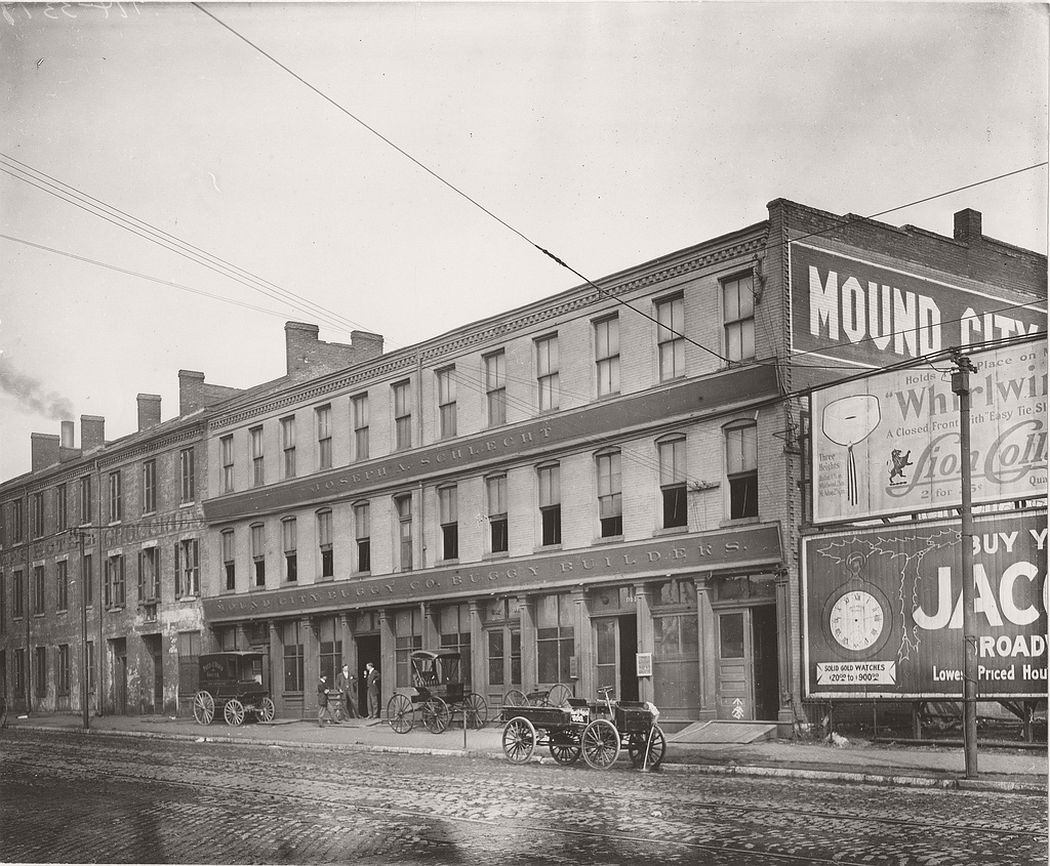 Mound City Buggy Company on east side of Broadway between Papin and Chouteau, ca. 1900s 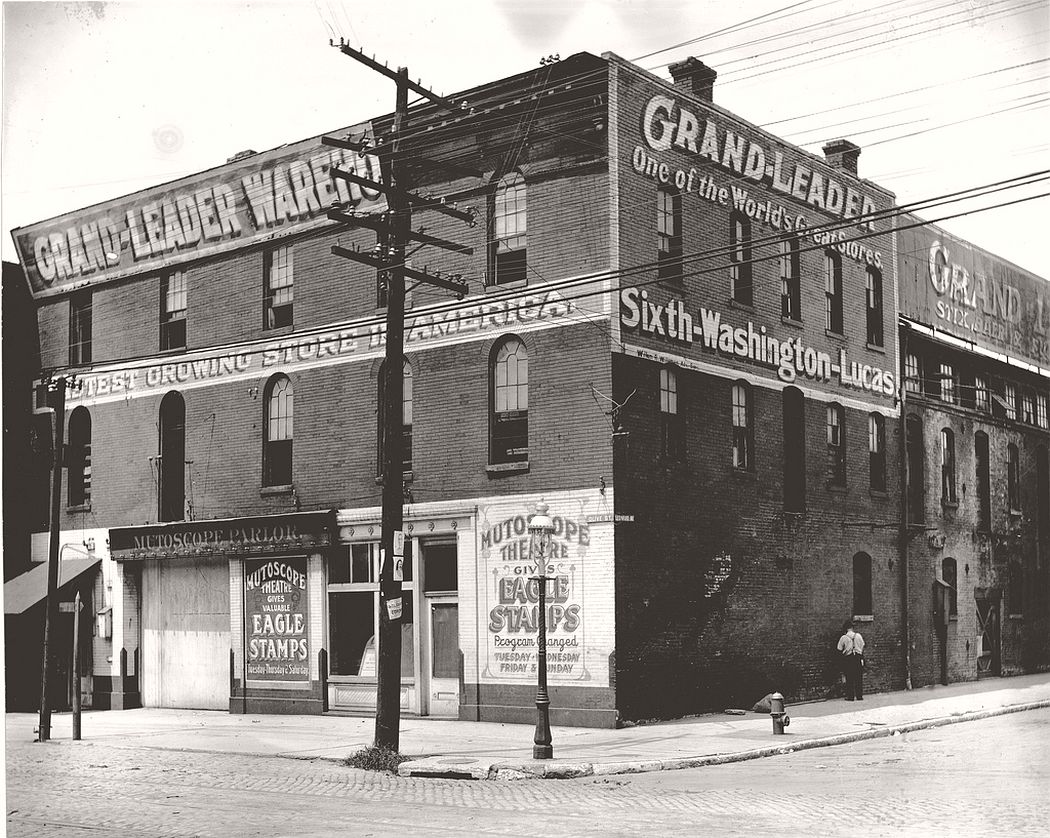 Mutoscope Parlor and Theatre on the northwest corner of Olive Street and Leonard Avenue, 1912 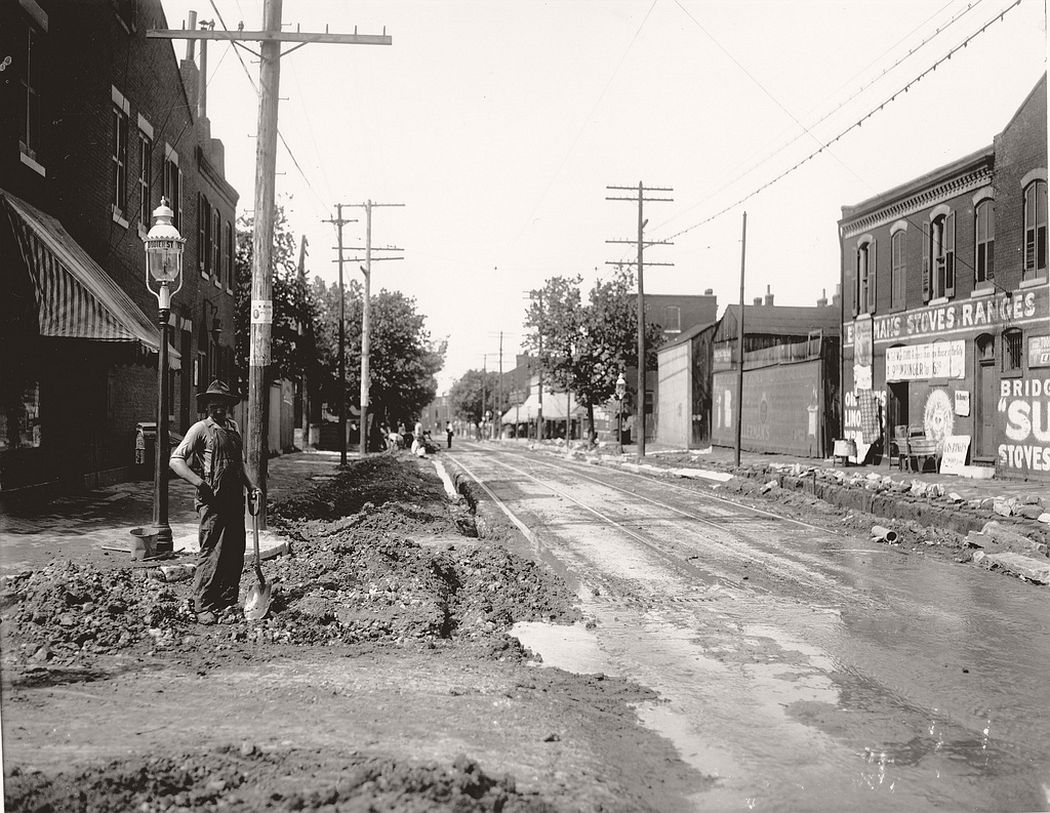 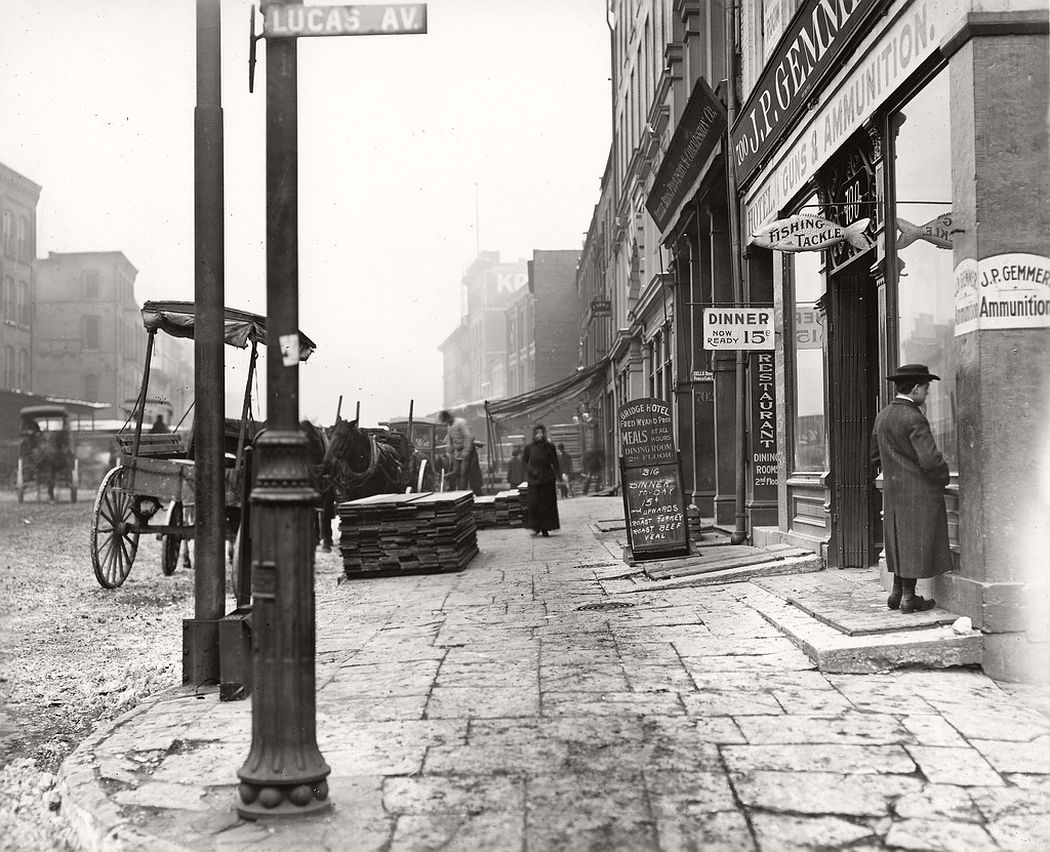 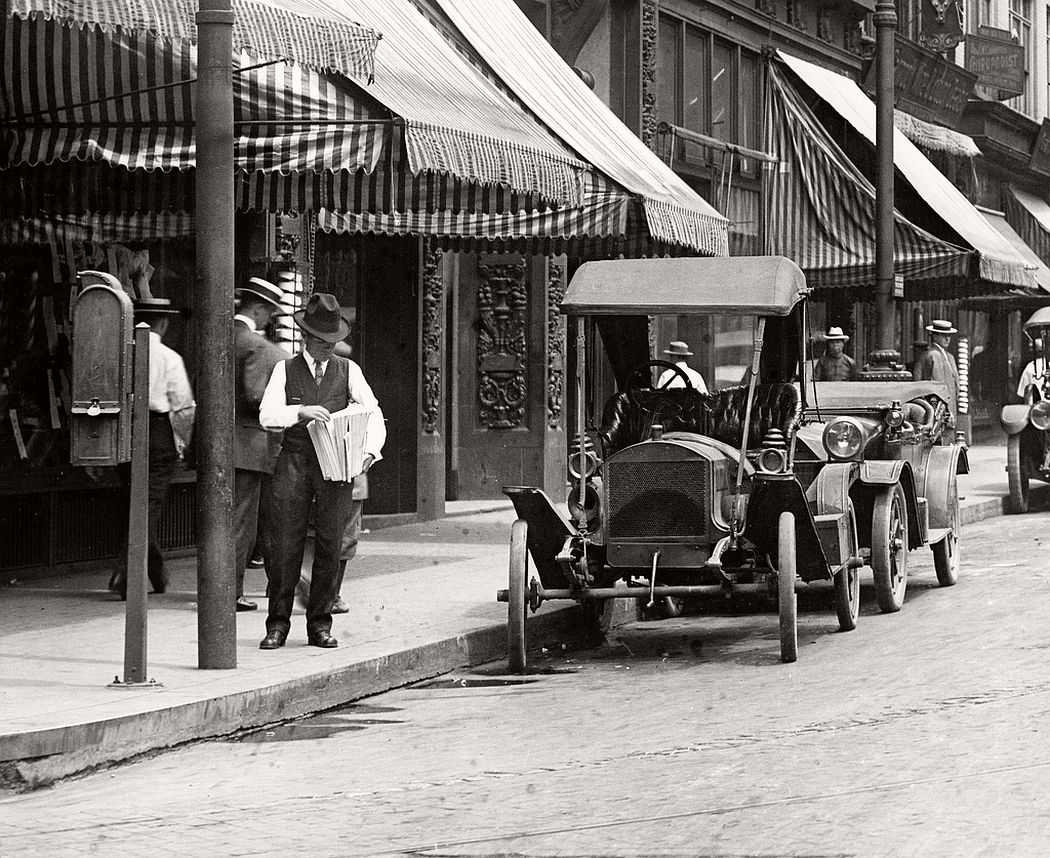 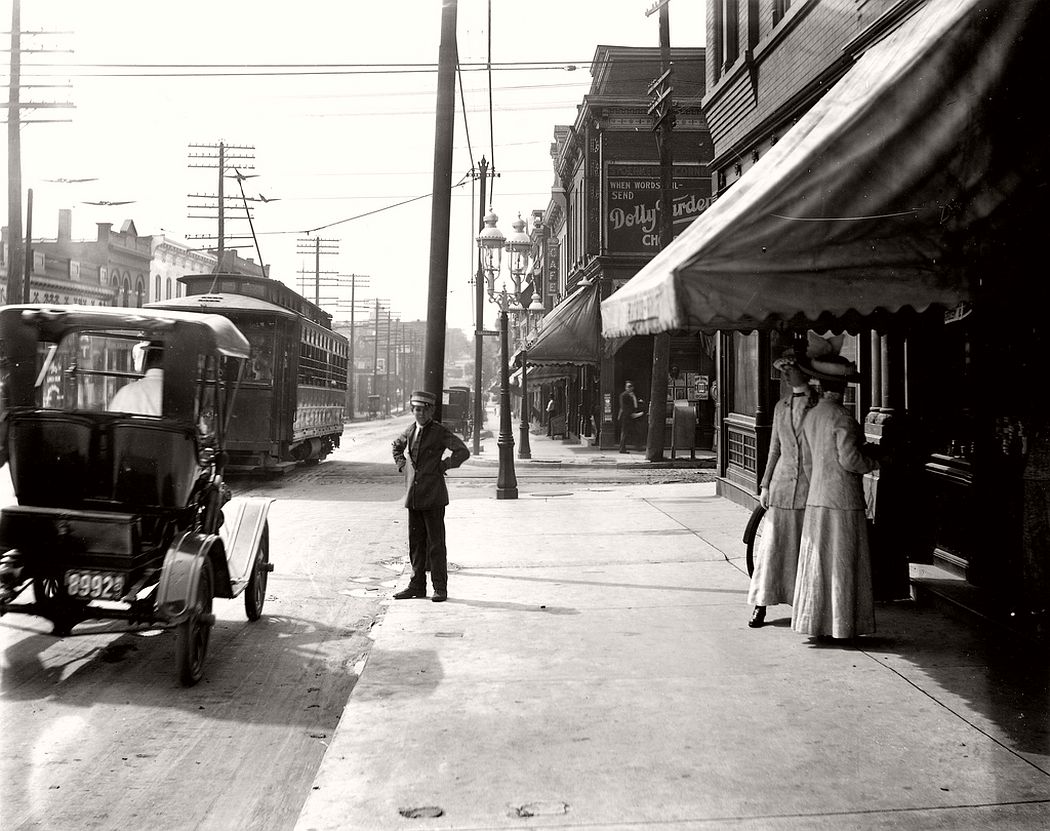 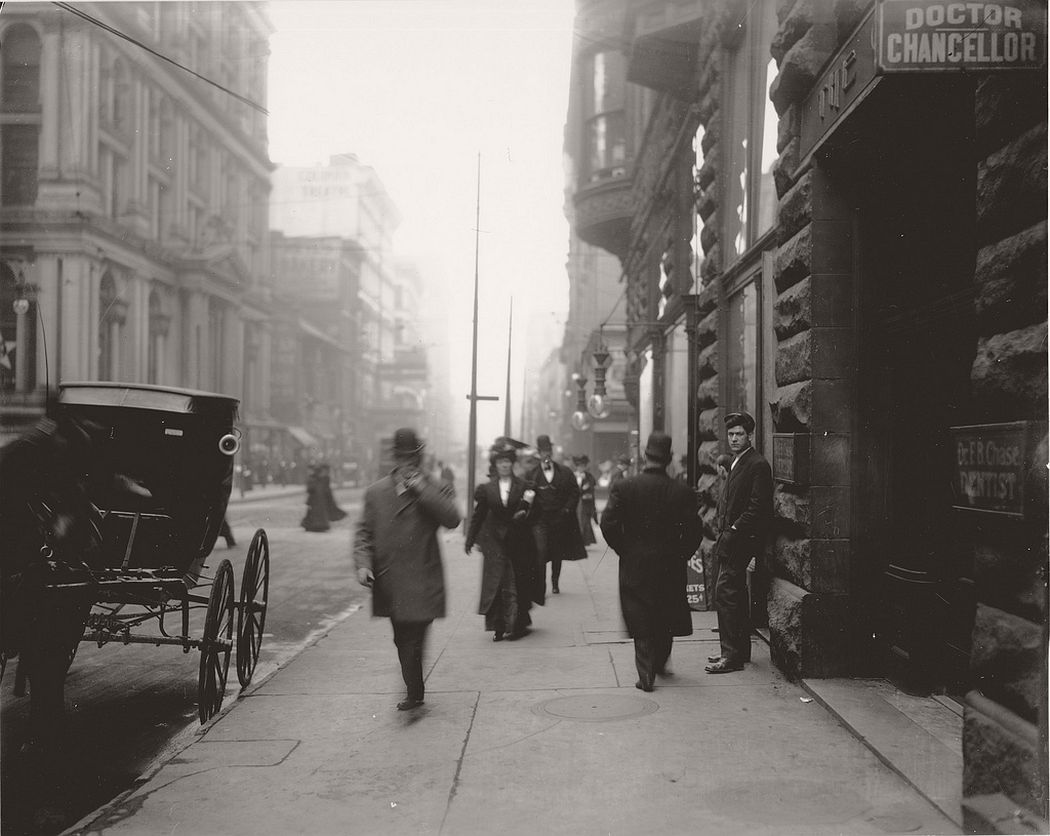 Pedestrians on the sidewalk near the intersection of Sixth and Locust Streets, ca. 1900s 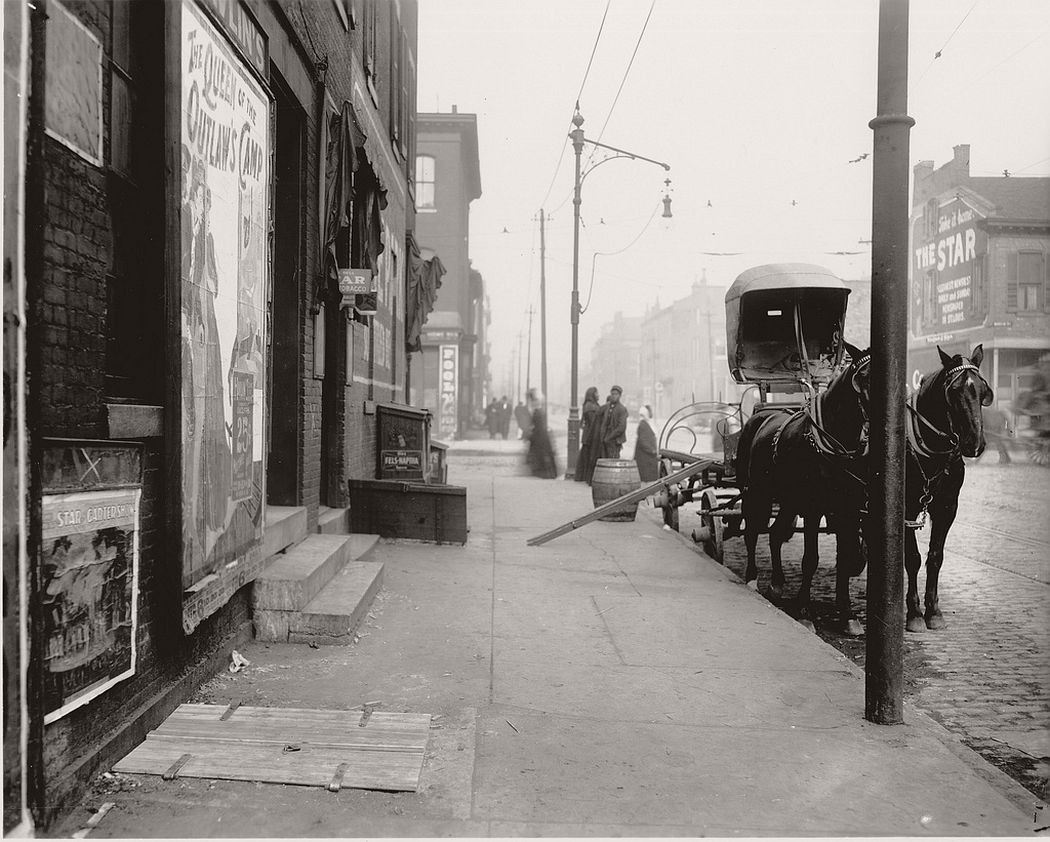 An empty cart for distributing beer in front of a bar on a street, ca. 1900s 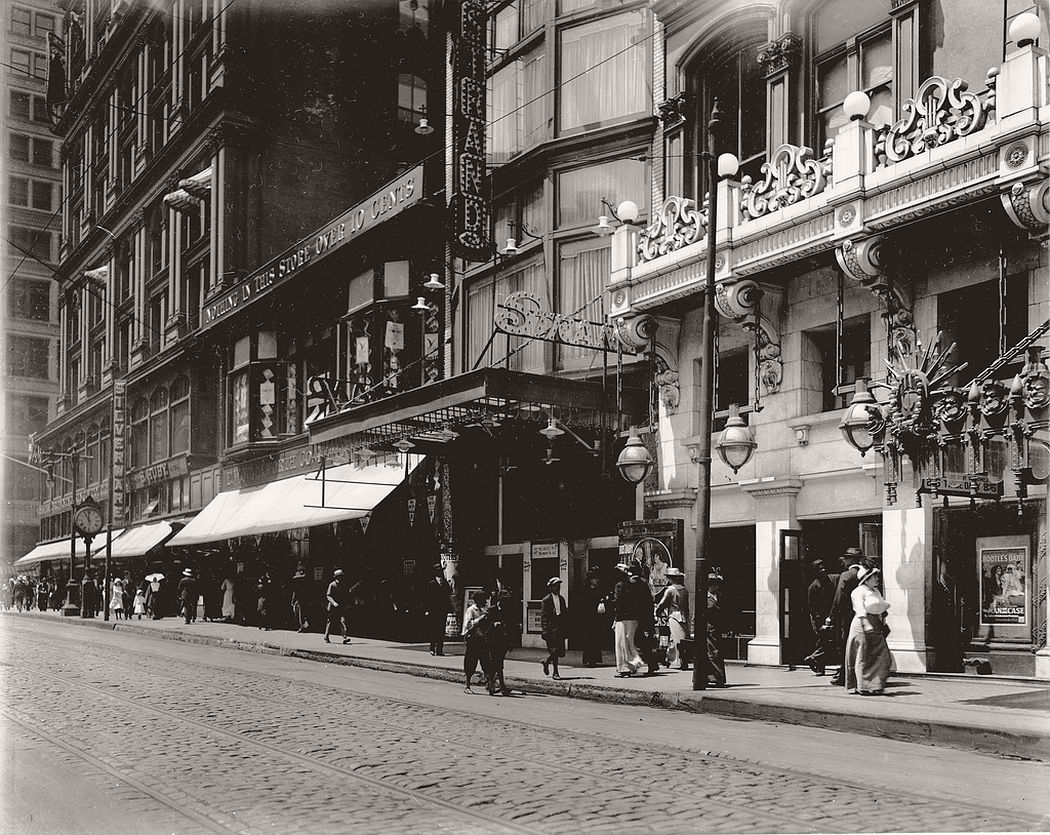 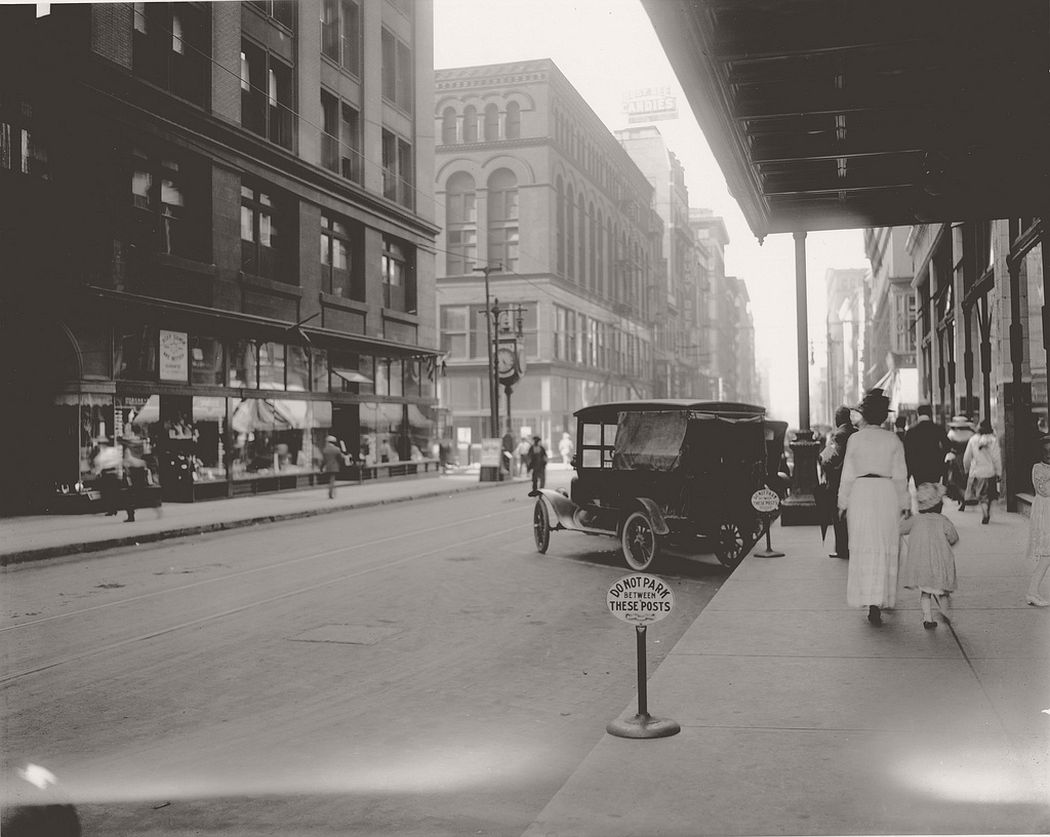 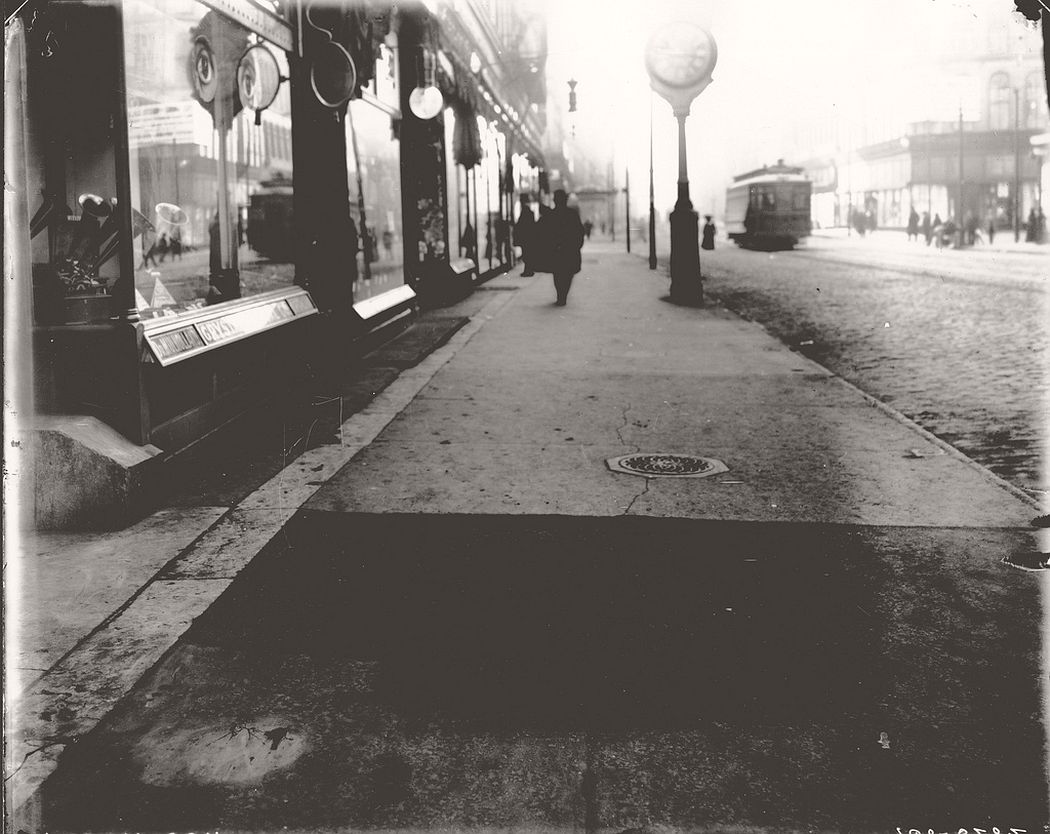 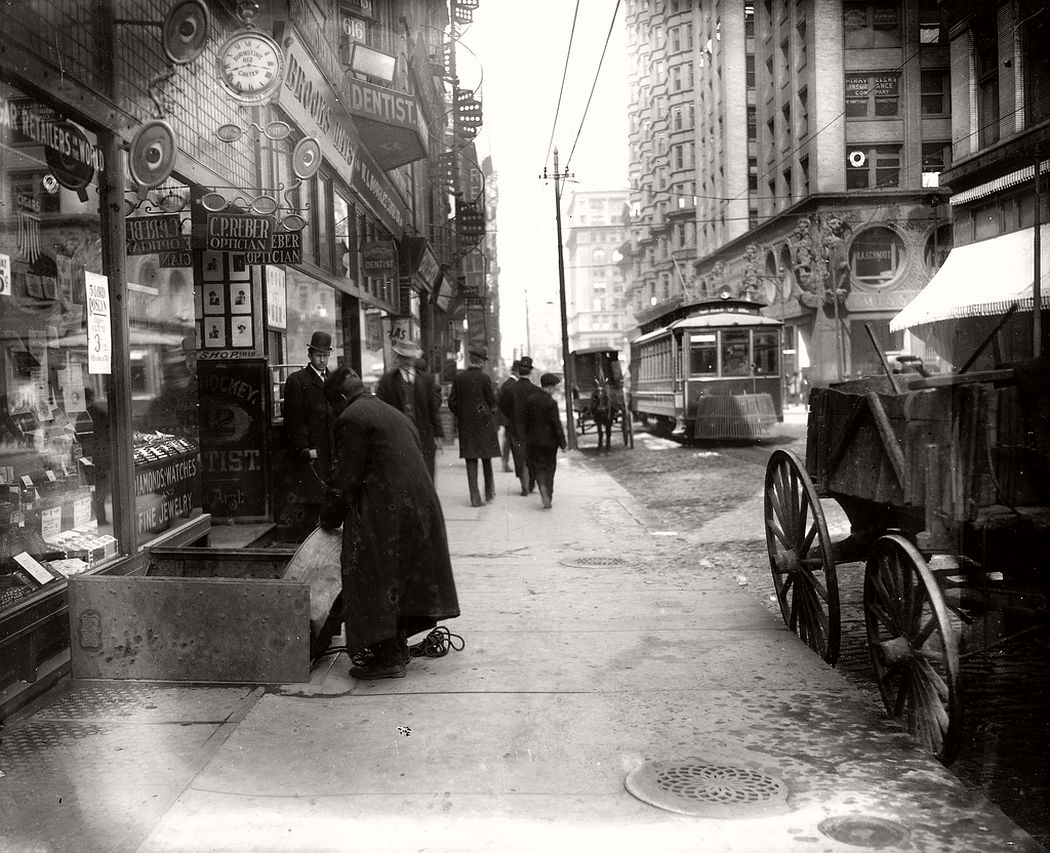