Robert McKay Brebner was born in Edinburgh, Scotland on October 18, 1855 to Alan Ramsey Brebner and Francis Ann (McKay) Brebner. He moved to Alberta in 1882 and secured a homestead in Spruce Grove. In 1890, he visited Scotland and returned to Spruce Grove with a camera with which he would document his life.

In 1894 or 1895, he was joined by Emily Wynn Wrench, a friend of his family, and the two were married in Edmonton. They lived in Robert’s original log cabin on the Spruce Grove homestead. After the birth of their first son, Alan Ainslie, in 1896 a new two-story house was built on the farm. A second son, Alexander Blaikie, was born in 1897 but died after 11 days. Robert and Emily had two more children, Mary Elizabeth Bruce in 1899 and Robert Wynn in 1900.

The Brebner family returned to Scotland in 1908. Robert eventually returned to the Spruce Grove homestead alone where he died suddenly on November 9, 1909 before his family returned. Robert was buried in the Pioneer Cemetery in Spruce Grove. Emily remained on the homestead, running it with hired help until Alan took over operation of the farm at the age of 17. Emily eventually moved to White Rock, British Columbia, with her daughter, Mary, and died in 1937. 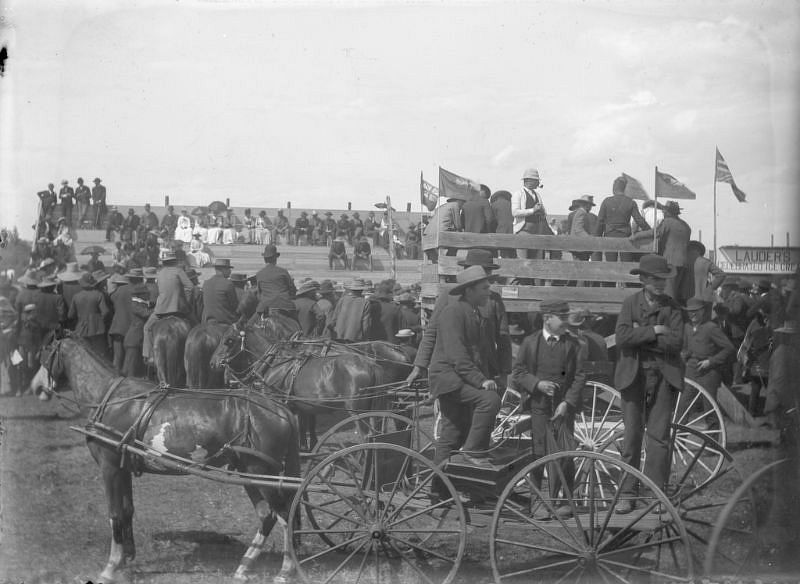 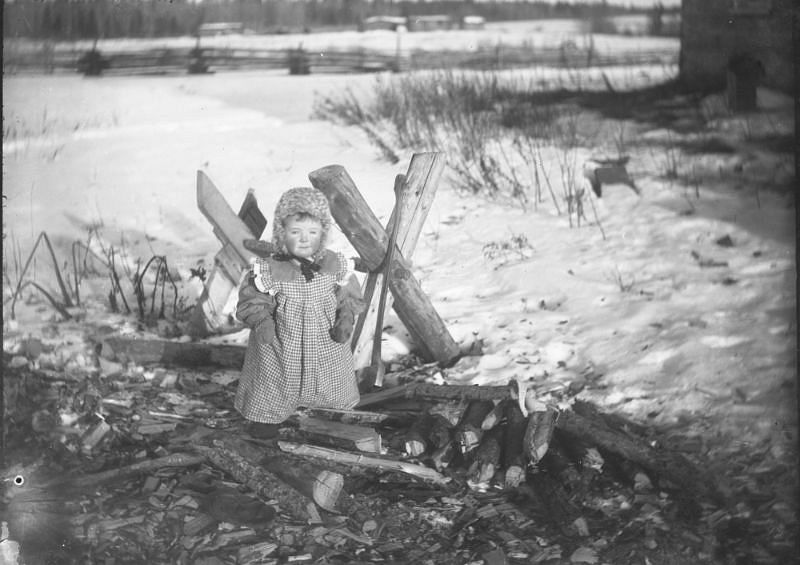 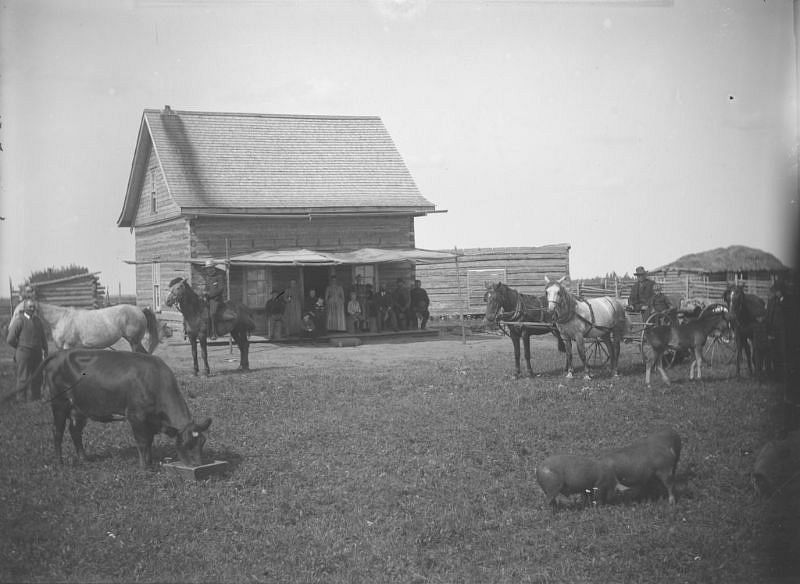 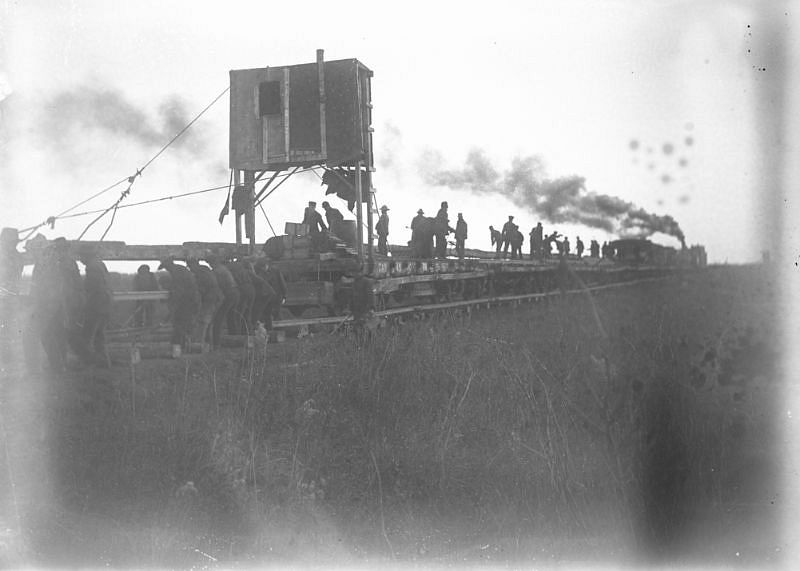 Work crew on a rail line near Spruce Grove, Alberta 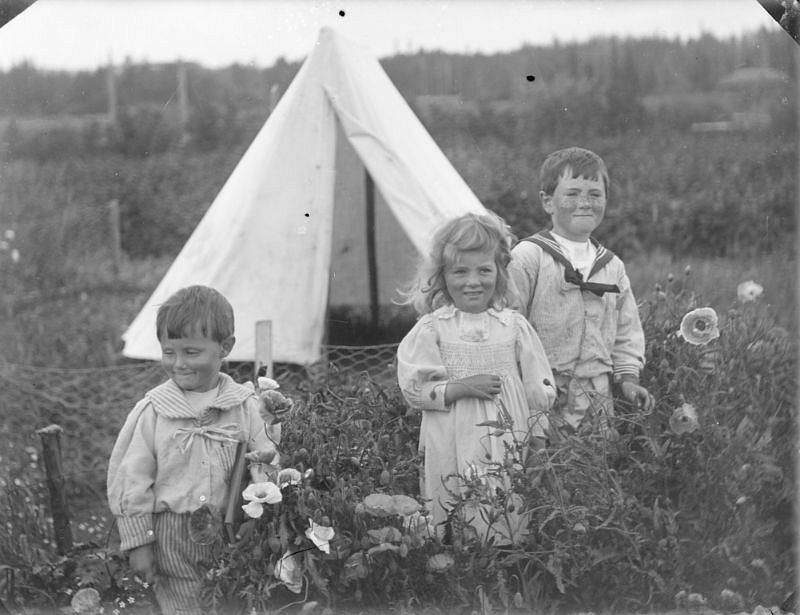 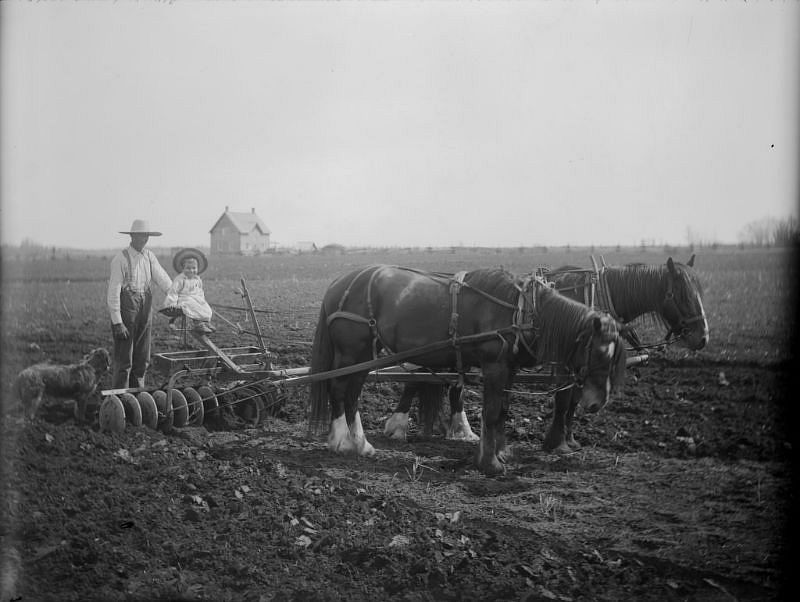 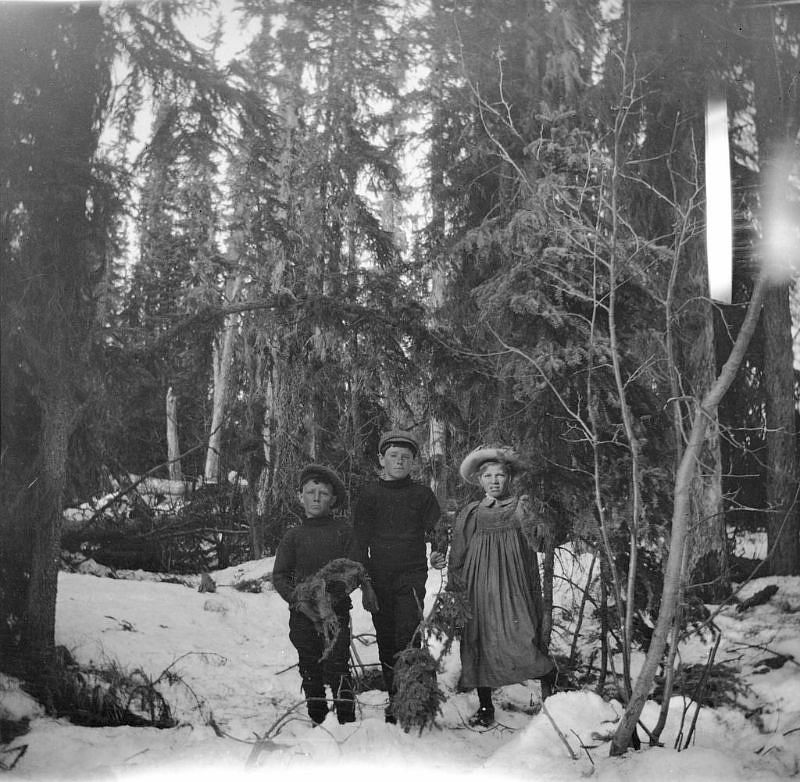 Brebner children in the woods 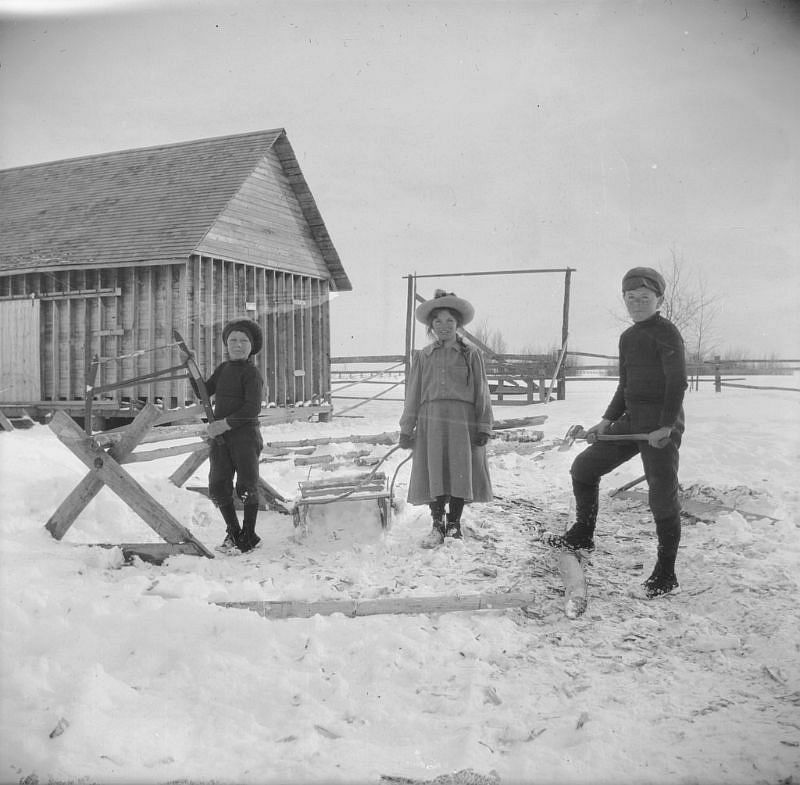 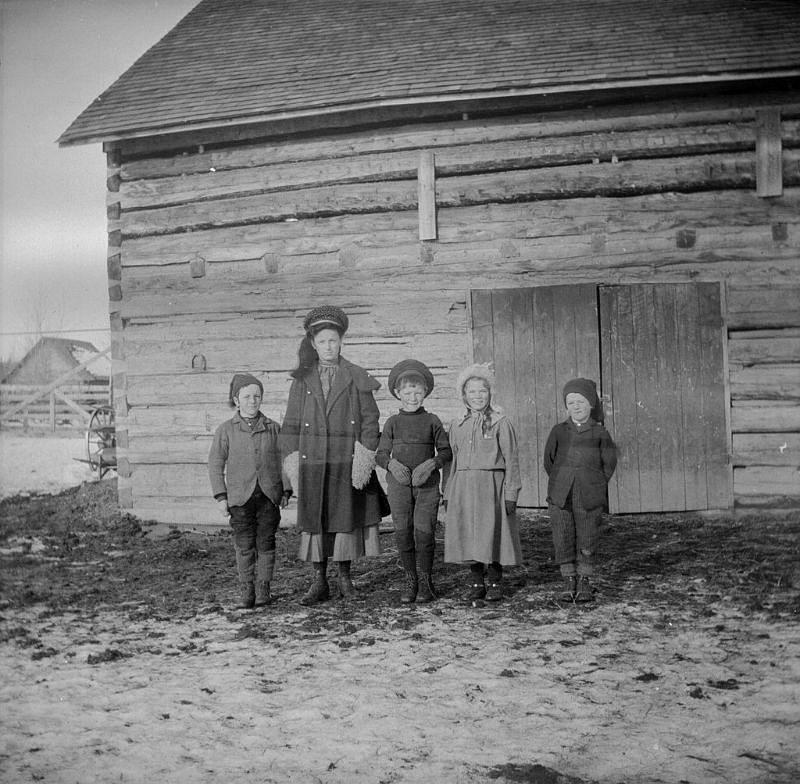 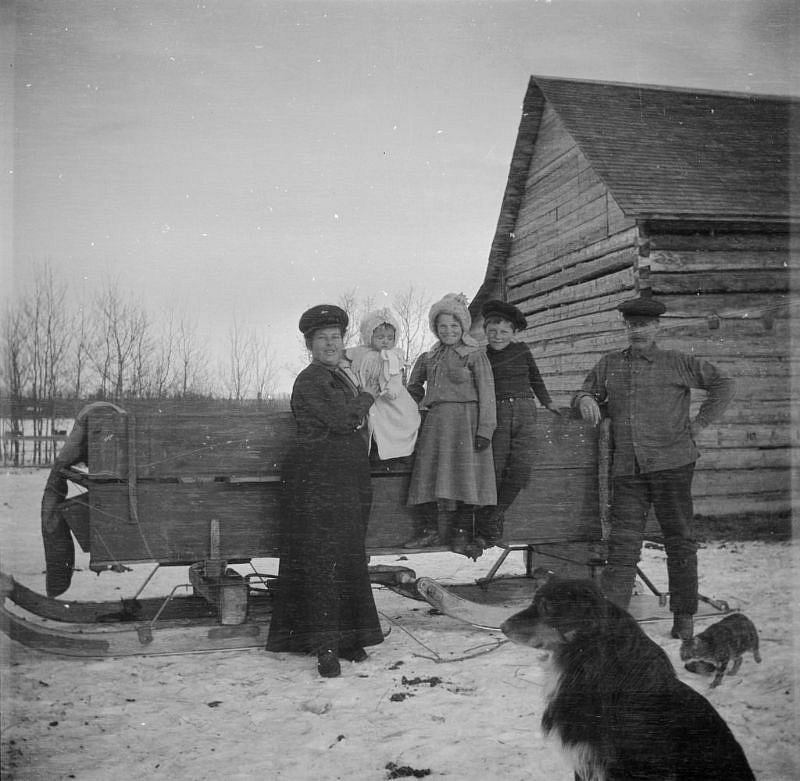 Brebner family and their photogenic dog 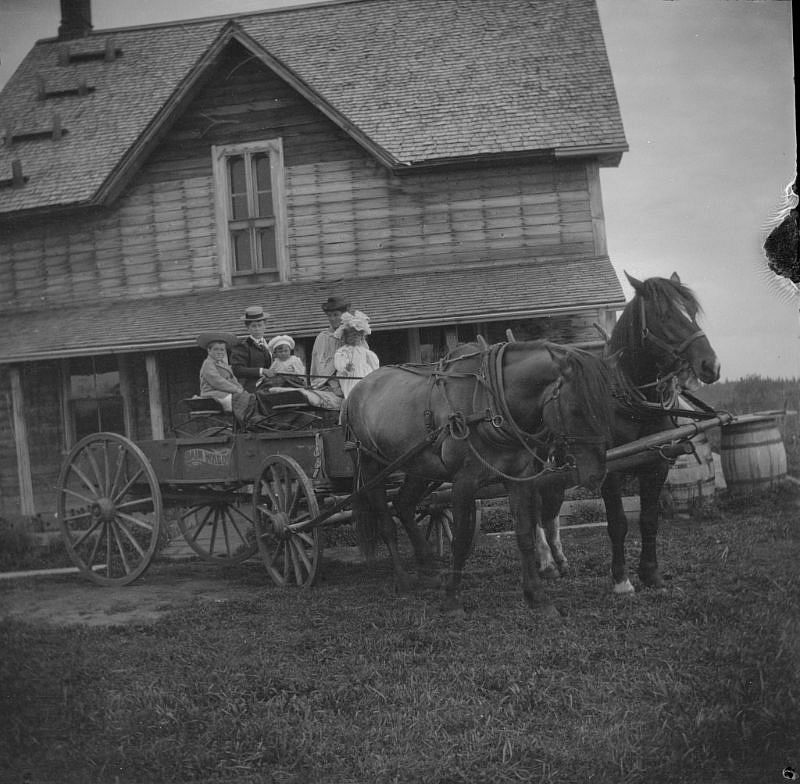 Brebner family on a horse-drawn wagon 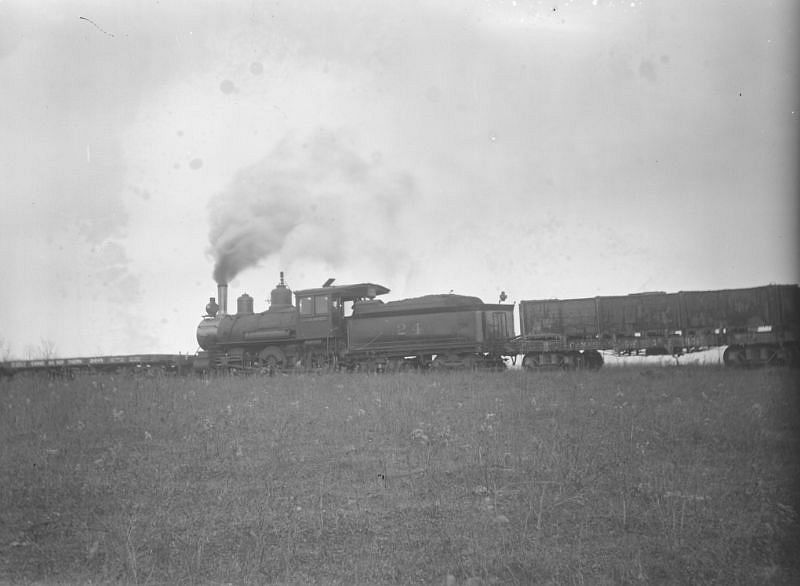 via Provincial Archives of Alberta