RMS Mauretania was an ocean liner designed by Leonard Peskett and built by Wigham Richardson and Swan Hunter for the British Cunard Line, launched on the afternoon of 20 September 1906.

Mauretania departed Liverpool on her maiden voyage on 16 November 1907 under the command of Captain John Pritchard, and on the return voyage captured the record for the fastest eastbound crossing of the Atlantic, with an average speed of 23.69 knots (43.87 km/h; 27.26 mph). In September 1909, Mauretania captured the Blue Riband for the fastest westbound crossing — a record that was to stand for more than two decades. In December 1911, as in New York City in December 1910, Mauretania broke loose from her moorings while in the River Mersey and sustained damage that caused the cancellation of her special speedy Christmas voyage to New York. In a quick change of events Cunard rescheduled Mauretania’s voyage for Lusitania, which had just returned from New York, under the command of Captain James Charles. Lusitania completed Christmas crossings for Mauretania, carrying revellers back to New York. Mauretania was on a westbound voyage from Liverpool to New York, beginning 10 April 1912, and was docked at Queenstown, Ireland, at the time of the RMS Titanic disaster. Mauretania was transporting Titanic’s cargo manifest carried by registered mail. Travelling on Mauretania at the time was the chairman of the Cunard line, Mr A.A. Booth, who organised a vigil for the Titanic victims. In the spring of 1913 westbound transatlantic passage aboard Mauretania cost roughly $17 for third class passengers, as shown in the original ticket at right.
3rd class ticket on Mauretania, 1913

In July 1913 King George and Queen Mary were given a special tour of Mauretania, then Britain’s fastest merchant vessel, adding further distinction to the ship’s reputation. On 26 January 1914, while Mauretania was in the middle of annual refit in Liverpool, four men were killed and six injured when a gas cylinder exploded while they were working on one of her steam turbines. Damage to the ship was minimal; she was repaired in the new Gladstone drydock and returned to service two months later. 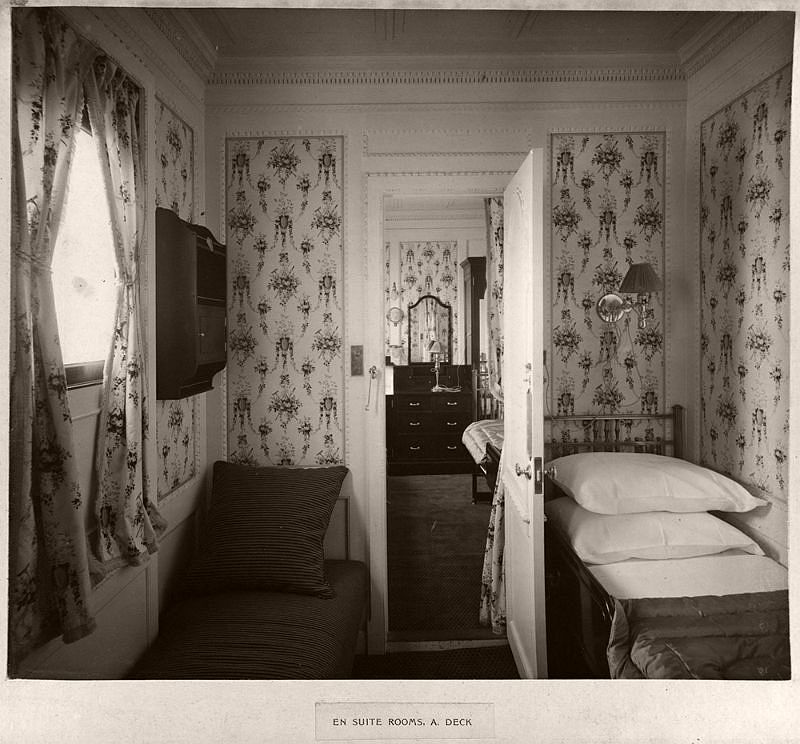 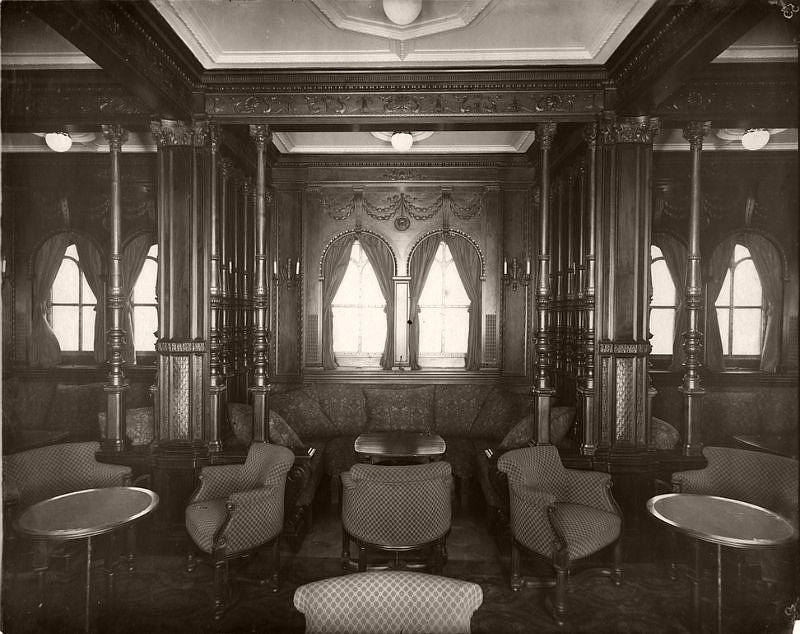 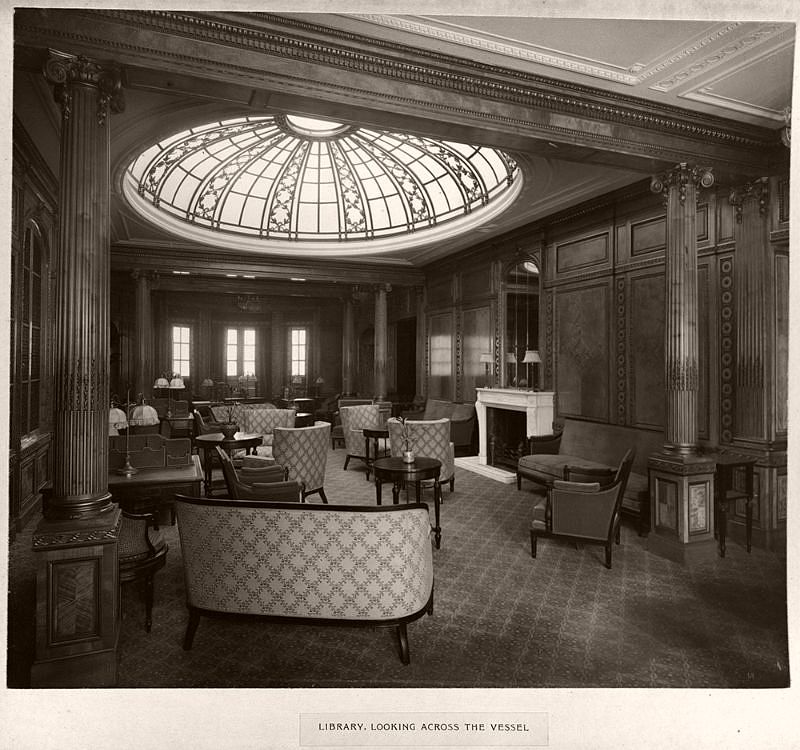 Library, looking across the vessel, circa 1906 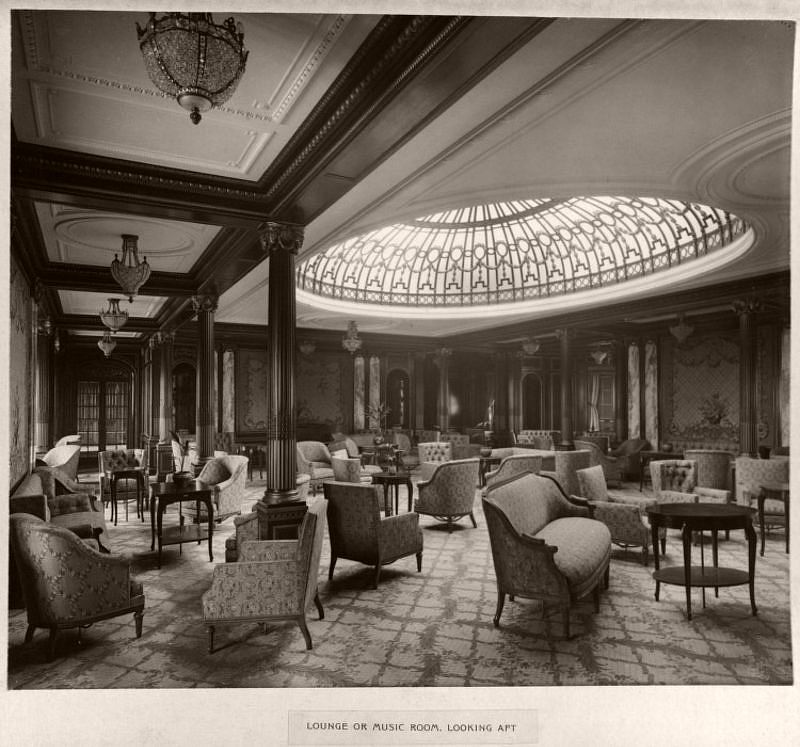 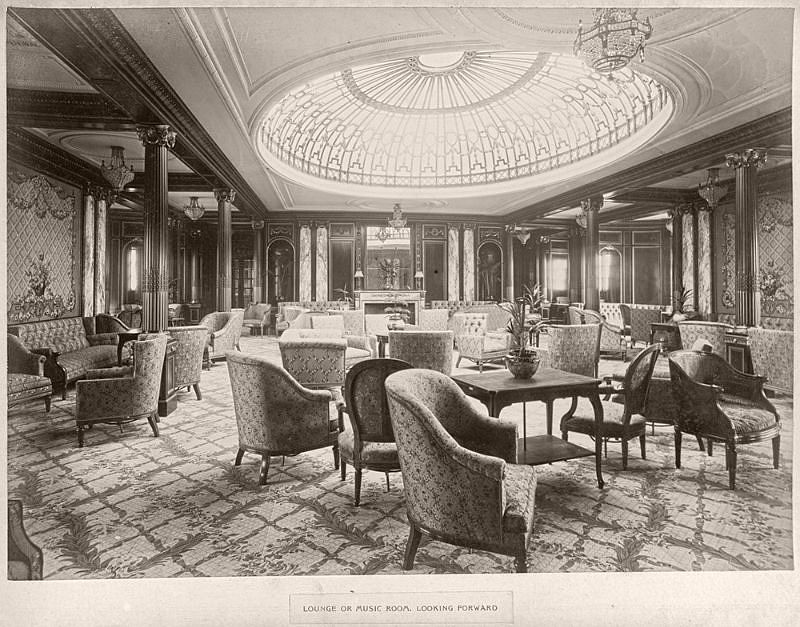 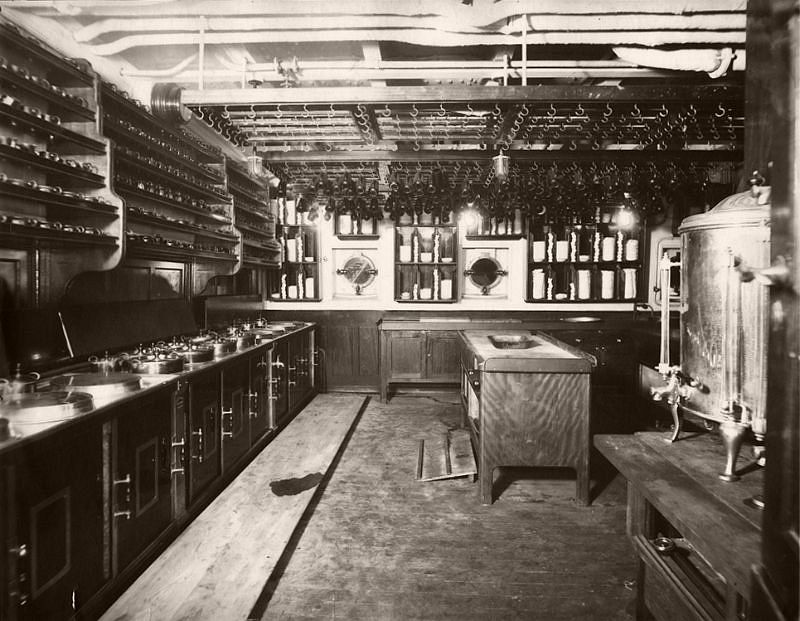 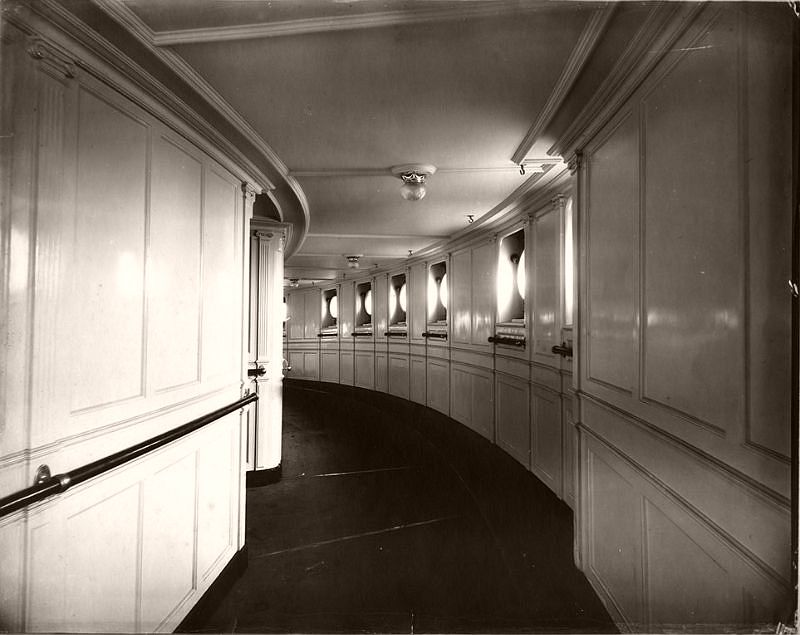 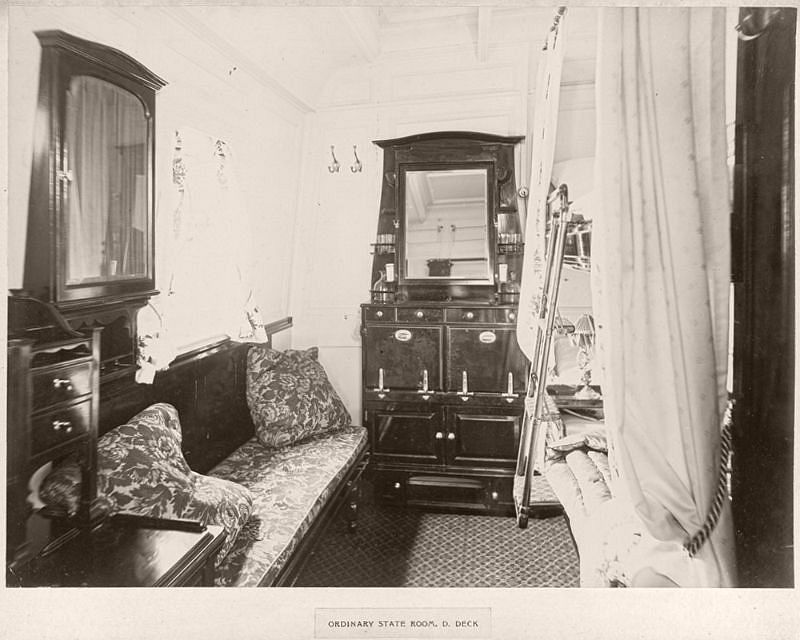 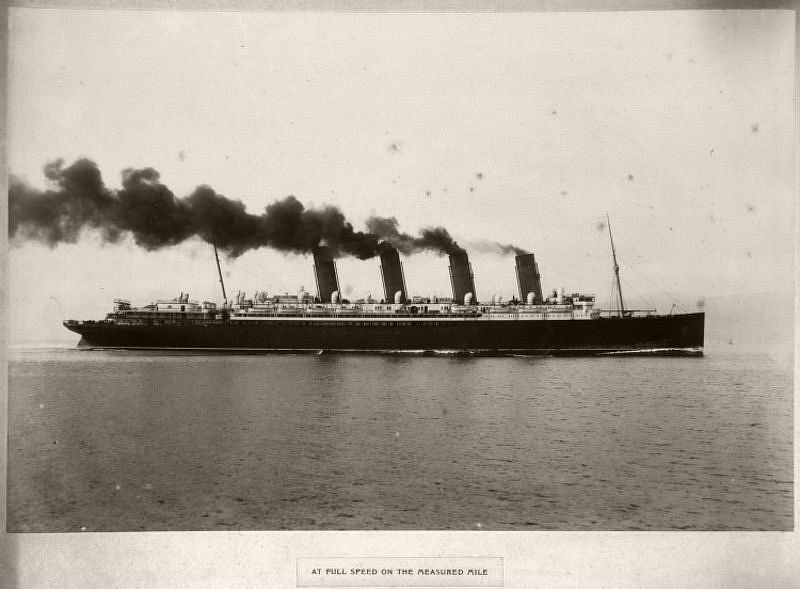 At full speed on the measured mile, circa 1906 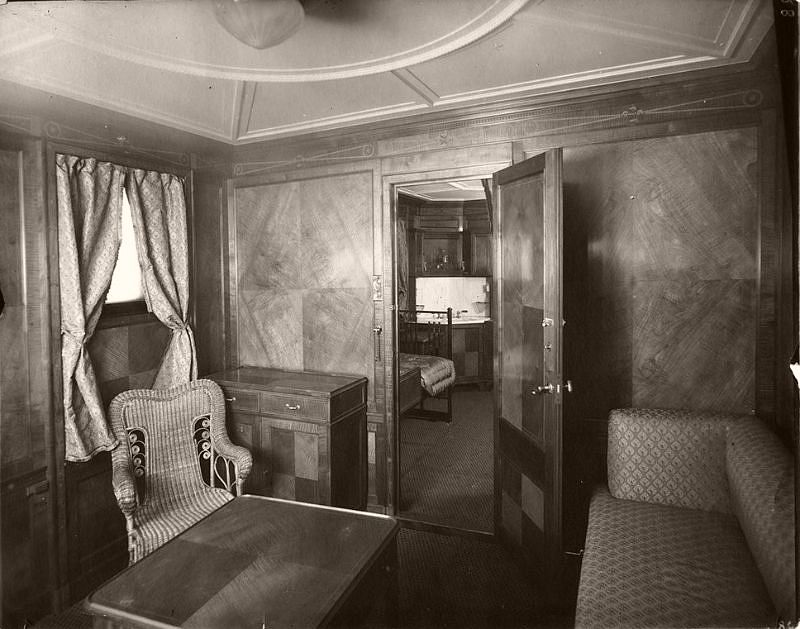 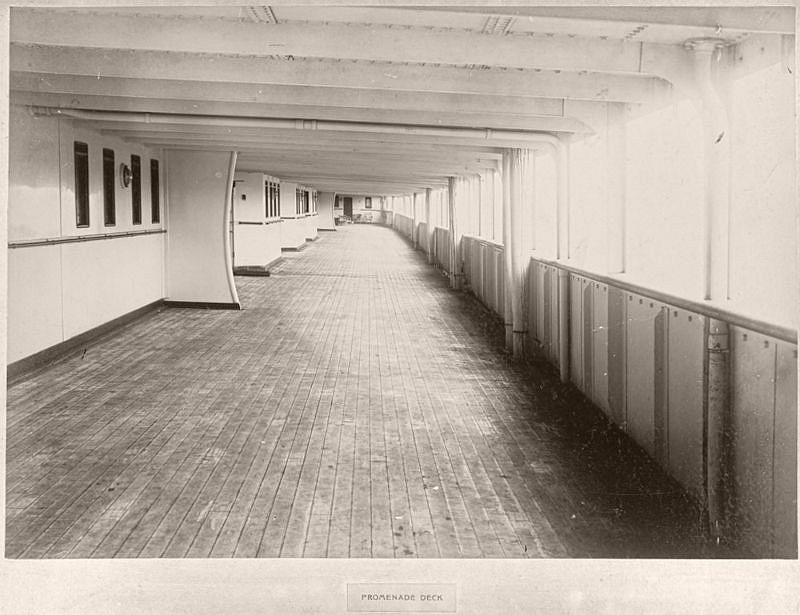 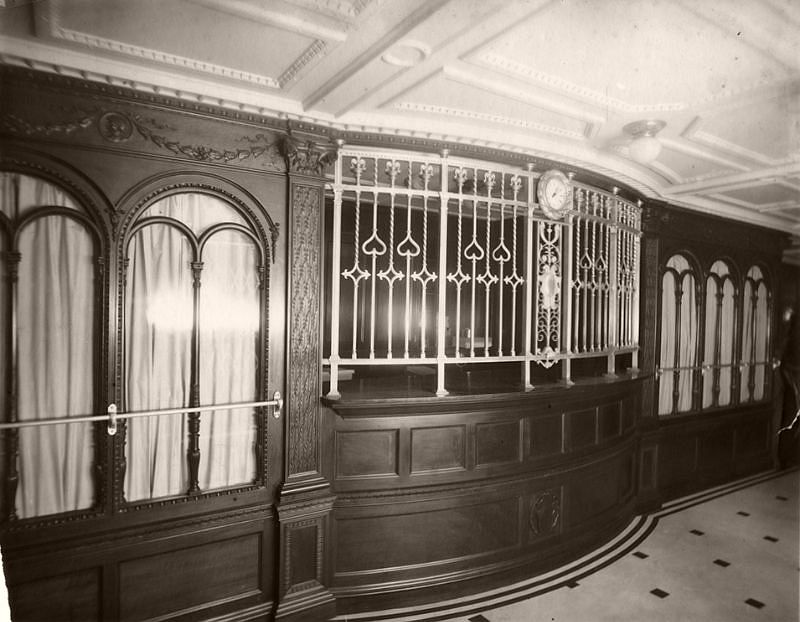 Purser’s Bureau, on the Promenade Deck, Mauretania, circa 1906 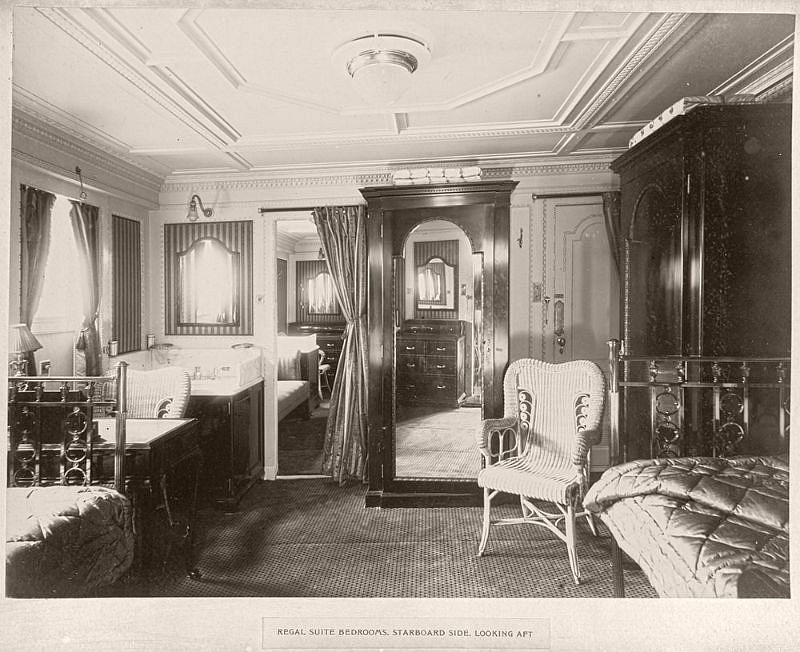 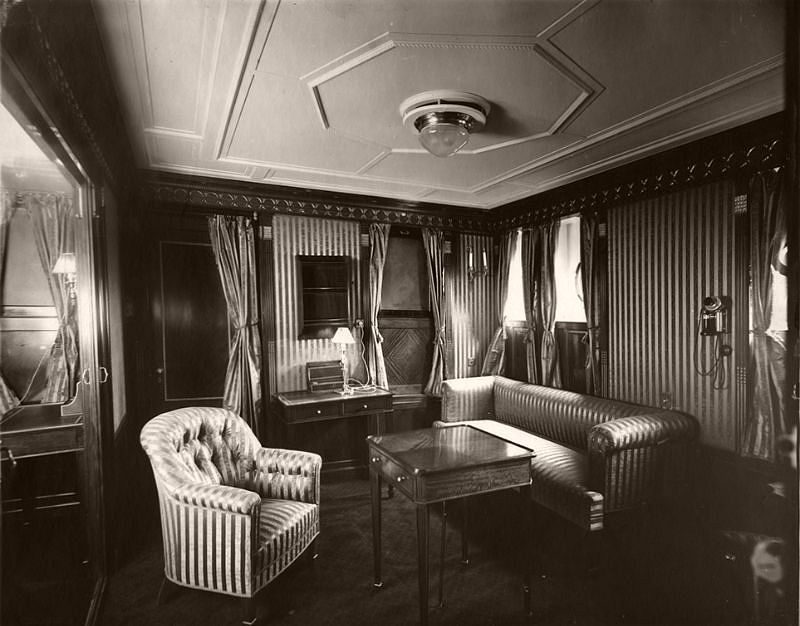 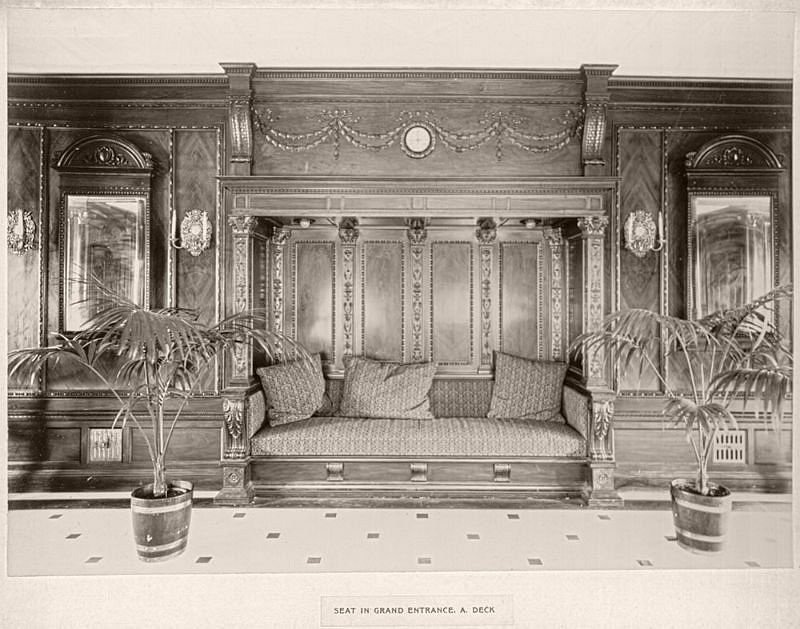 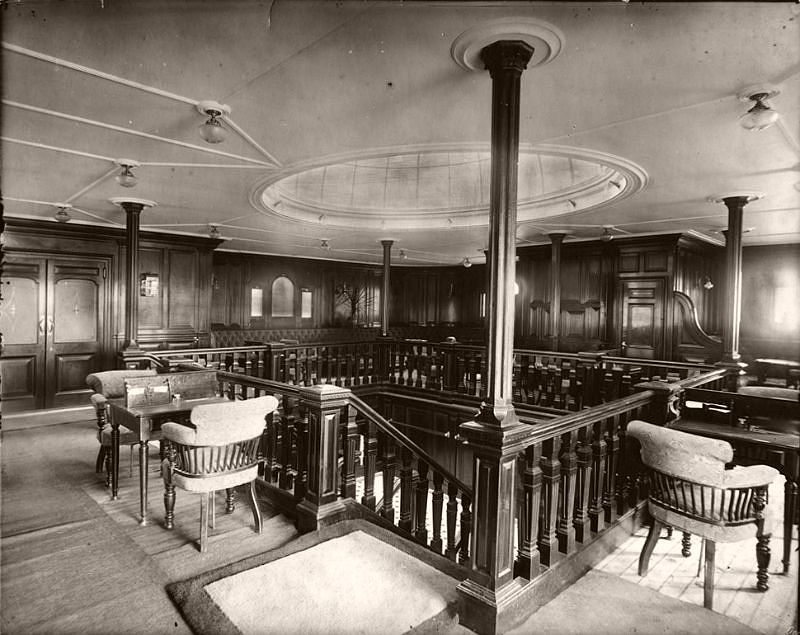 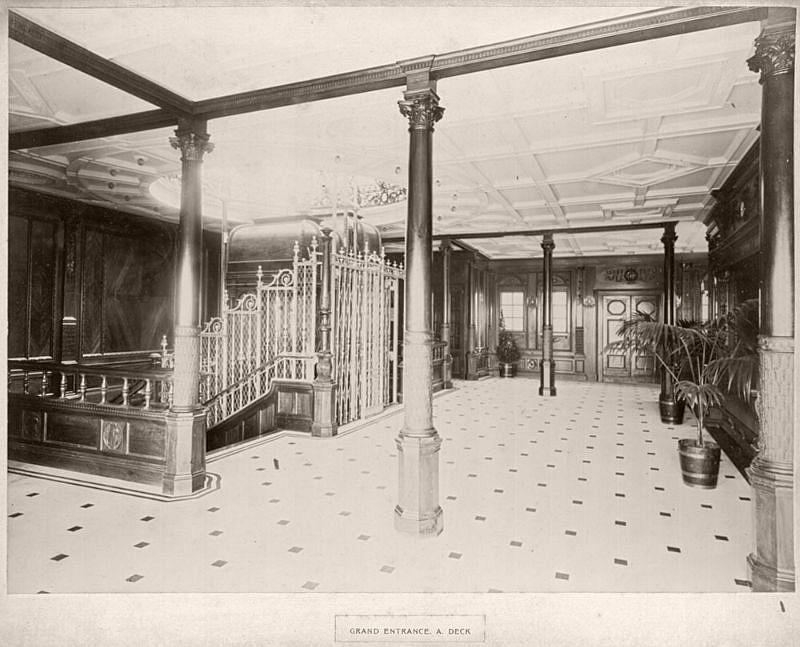 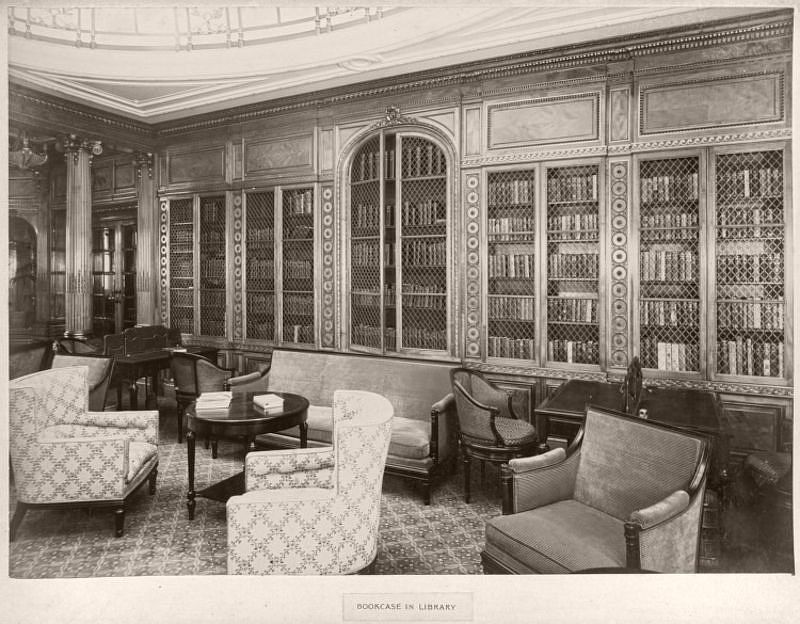 Bookcase in library, circa 1906 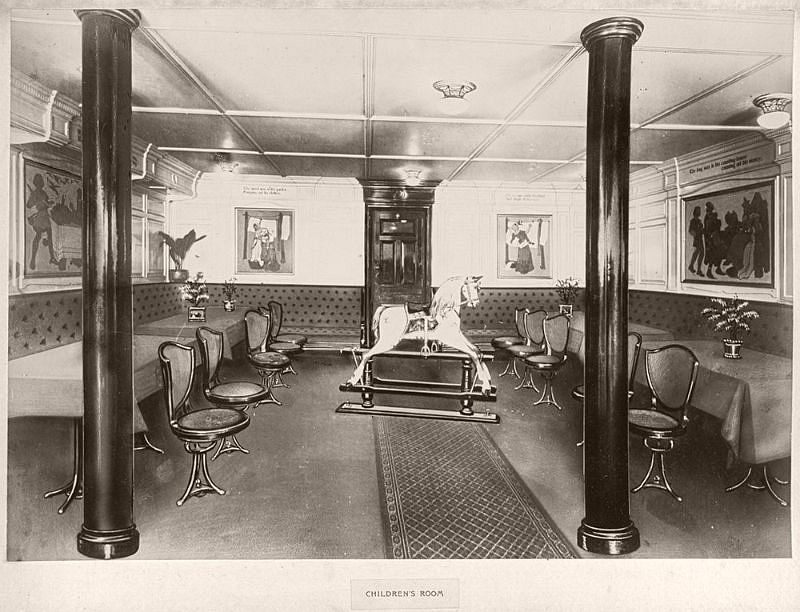