After years of exploration following large finds in neighbouring Abu Dhabi, oil was eventually discovered in territorial waters off Dubai in 1966, albeit in far smaller quantities. The first field was named ‘Fateh’ or ‘good fortune’. This led the emirate to grant concessions to international oil companies, thus leading to a massive influx of foreign workers, mainly Asians and Middle easterners. Between 1968 and 1975 the city’s population grew by over 300%.

As part of the infrastructure for pumping and transporting oil from the Fateh field, located offshore of the Jebel Ali area of Dubai, a number of 50,000 gallon storage tanks were built, known locally as ‘Kazzans’, by welding them together on the beach and then digging them out and floating them to drop onto the seabed at the Fateh field. These were constructed by the Chicago Bridge and Iron Company, which gave the beach its local name (Chicago Beach) until the Chicago Beach Hotel was demolished and replaced by the Jumeirah Beach Hotel in the late nineties.

Dubai had already embarked on a period of infrastructural development and expansion. Oil revenue, flowing from 1969 onwards supported a period of growth with Sheikh Rashid embarking on a policy of building infrastructure and a diversified trading economy before the emirate’s limited reserves were depleted. 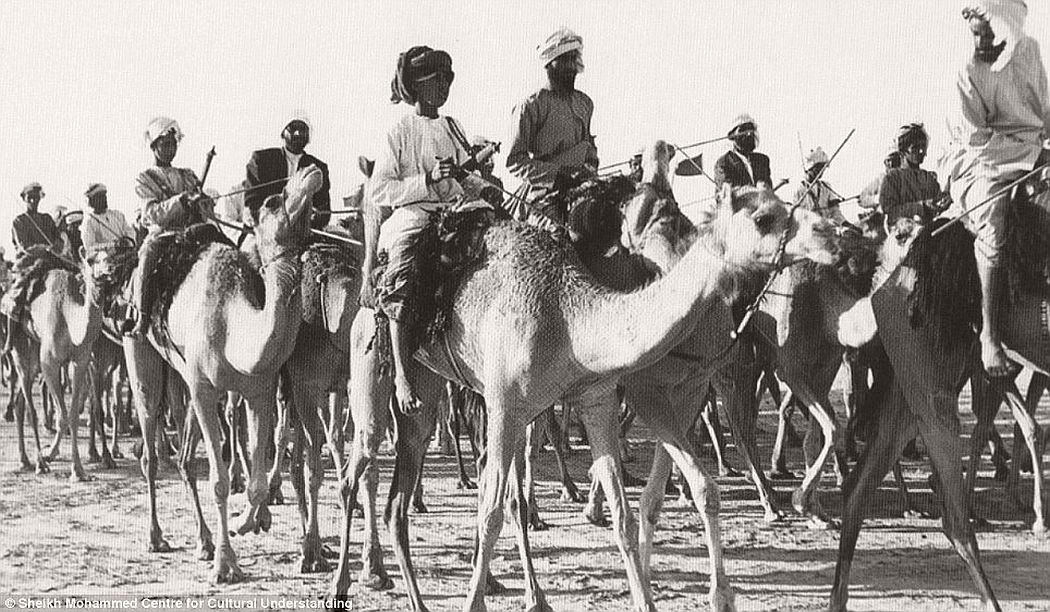 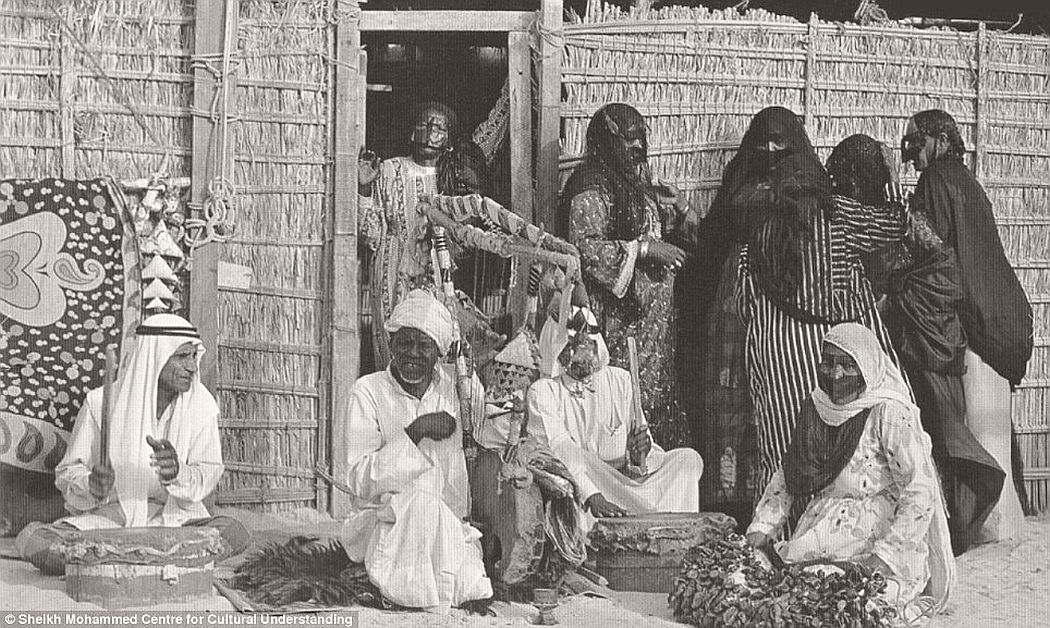 A group of Bedouin play music outside a house, ca. 1960s 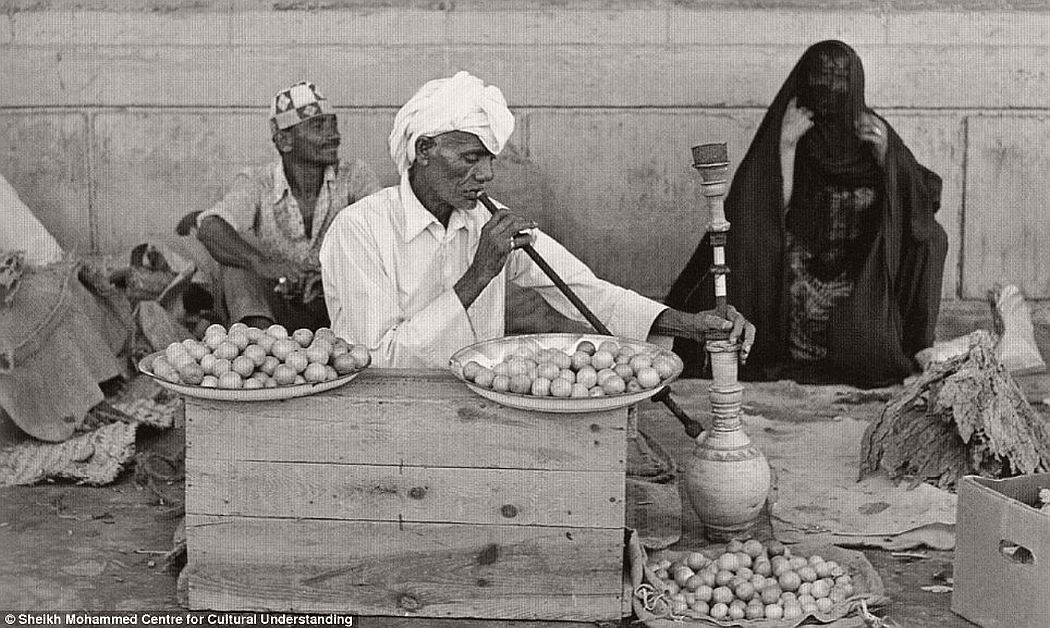 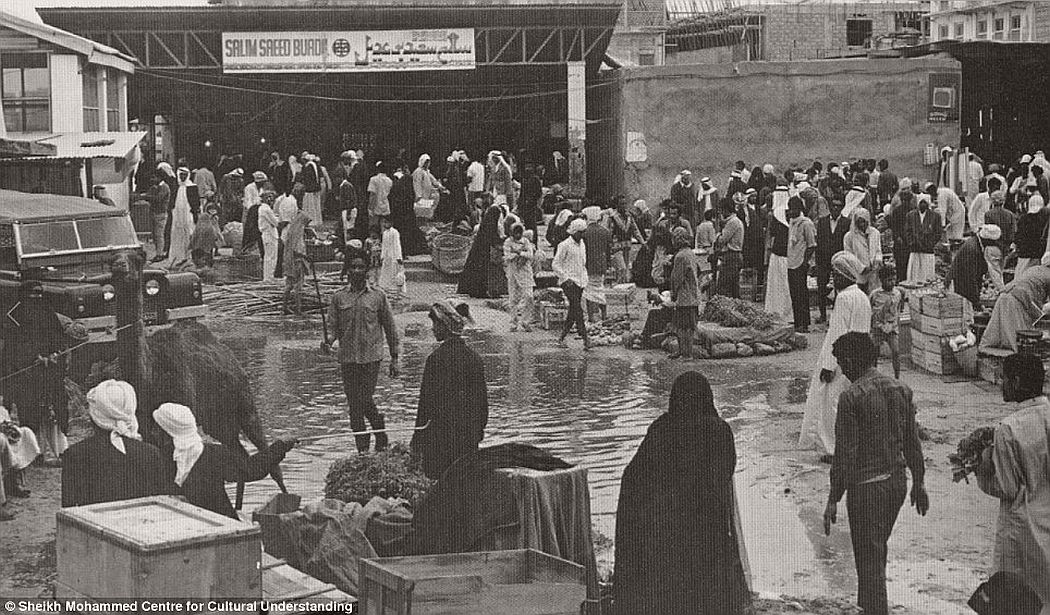 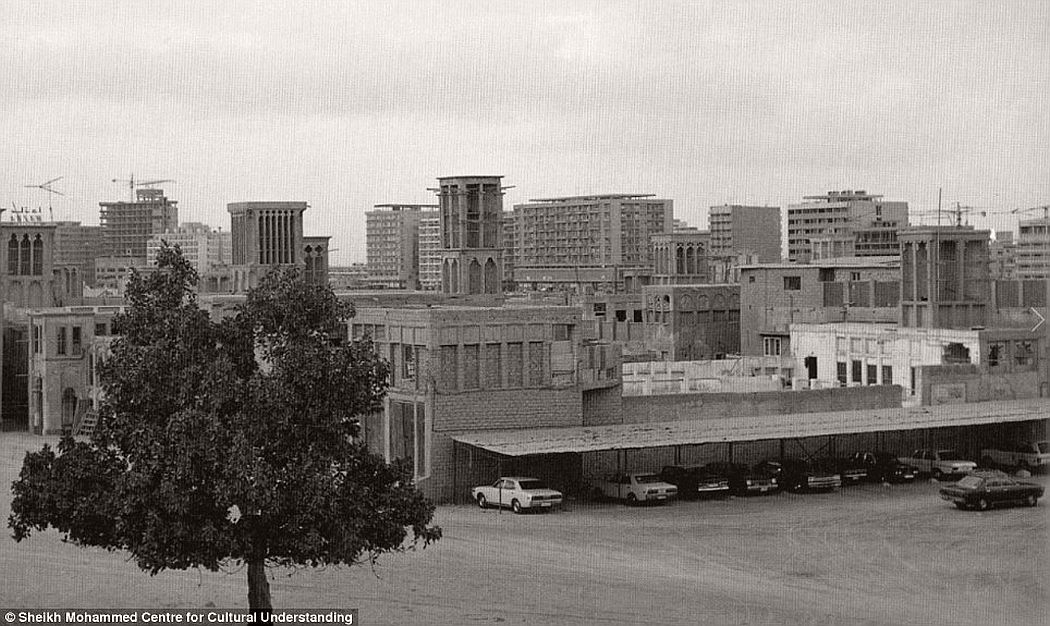 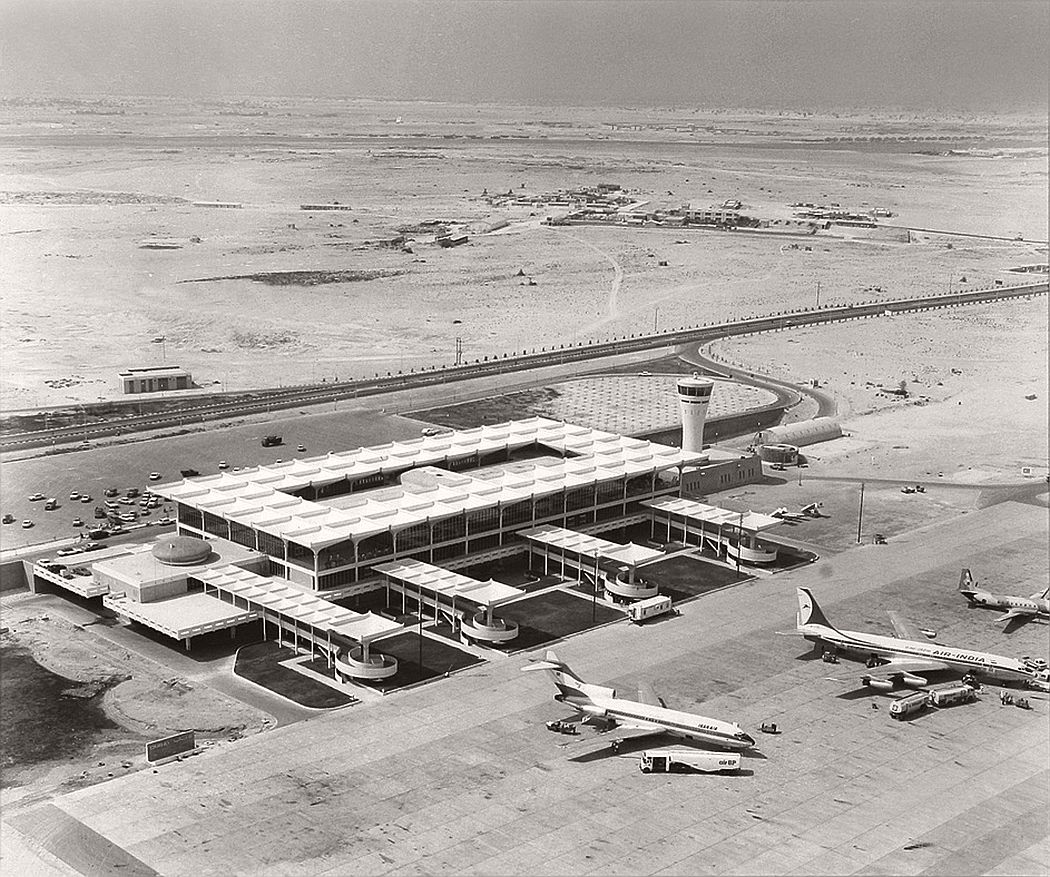 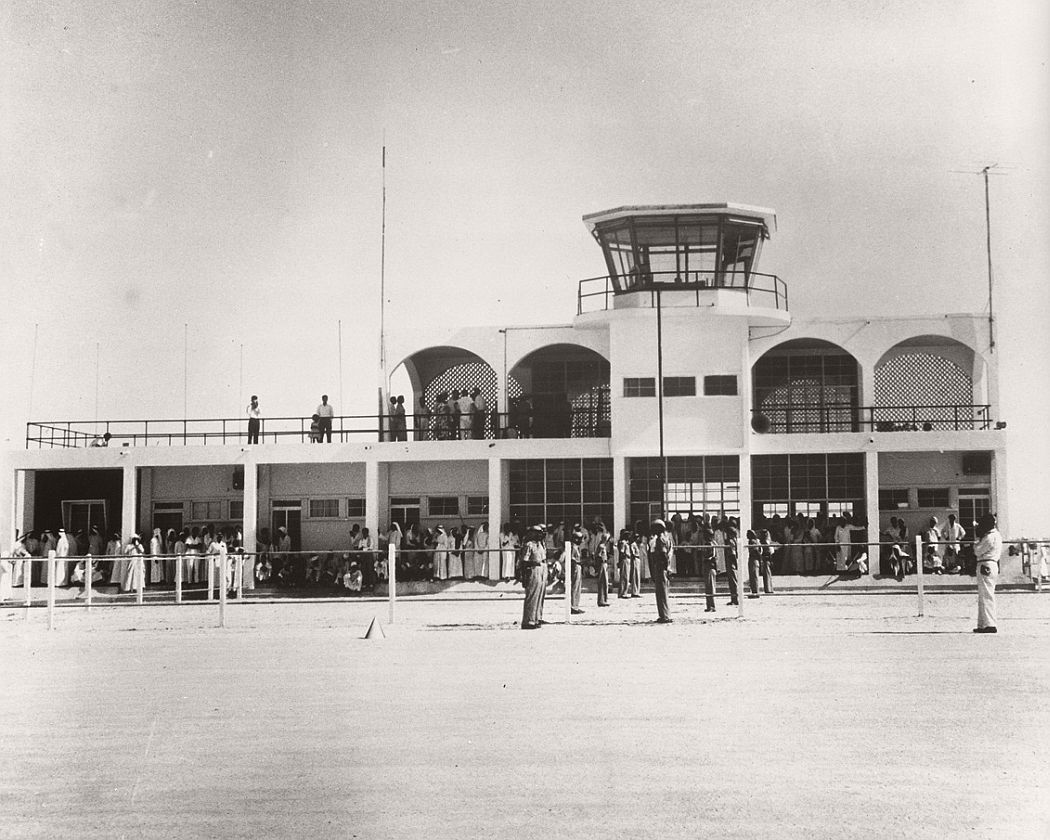 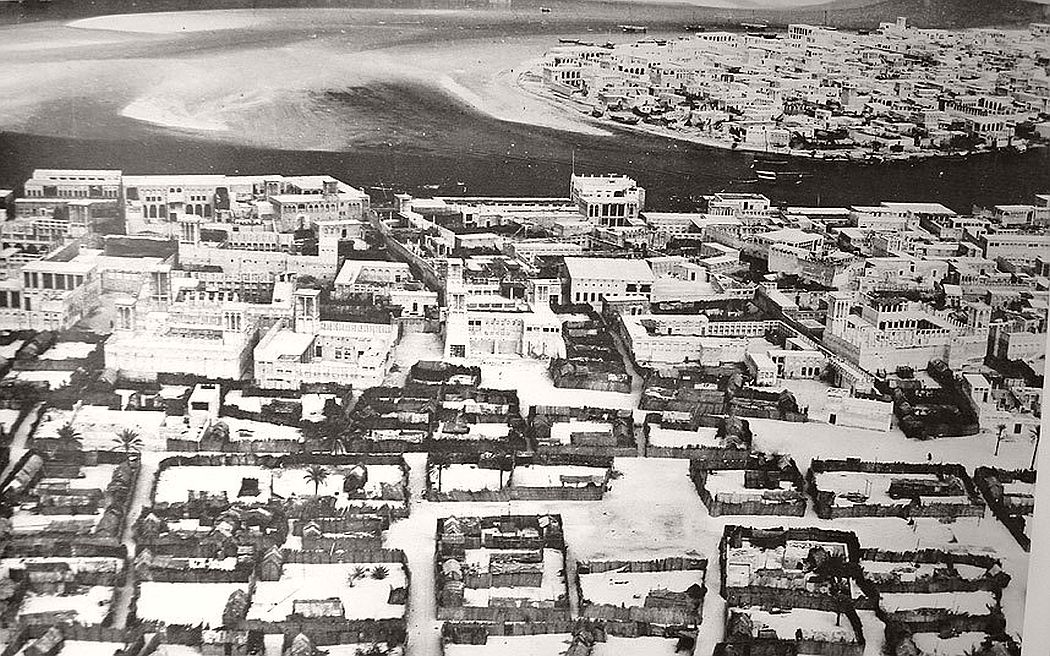 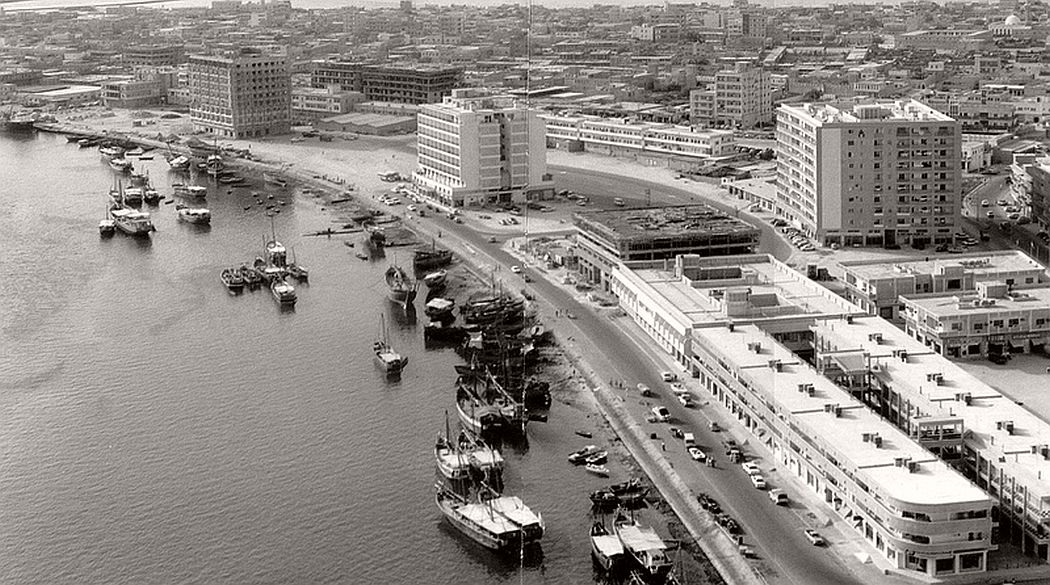 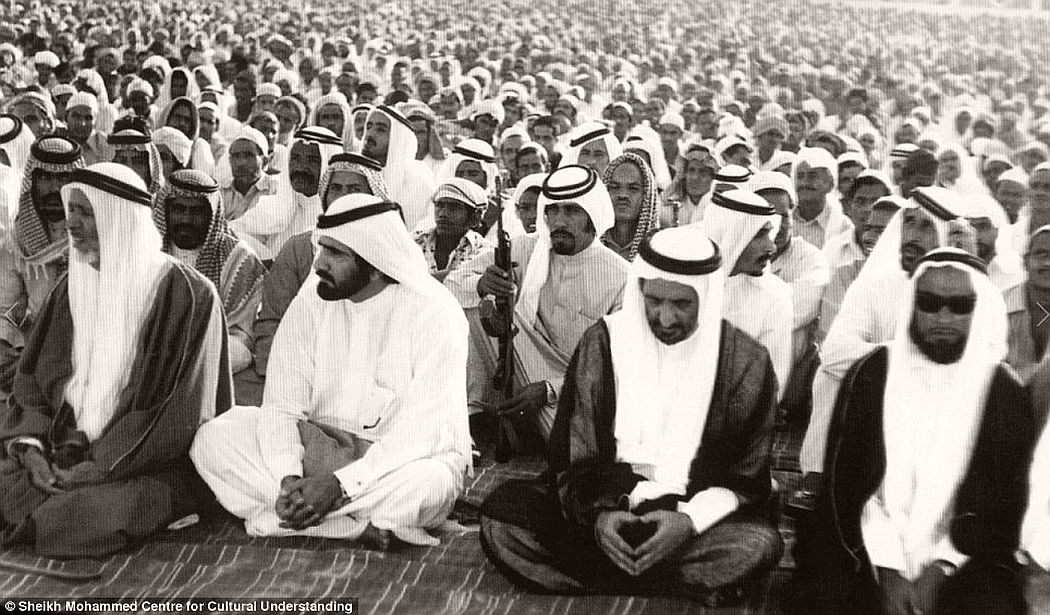 Men reciting prayers for the Muslim festival of Eid in Dubai, ca. 1960s 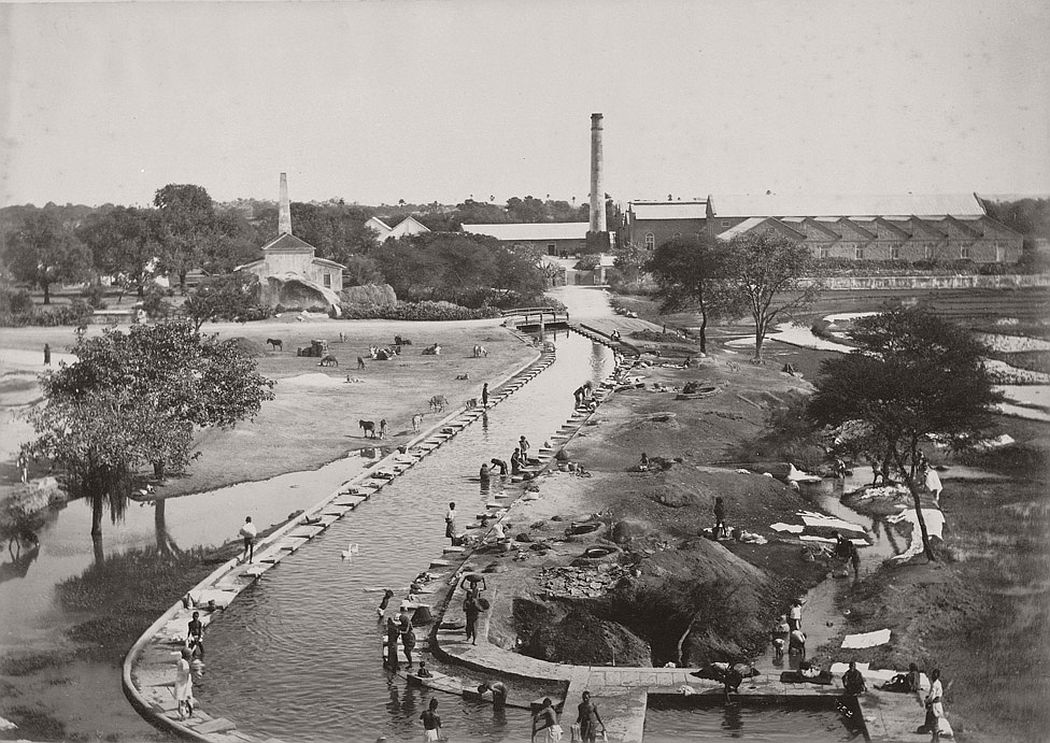 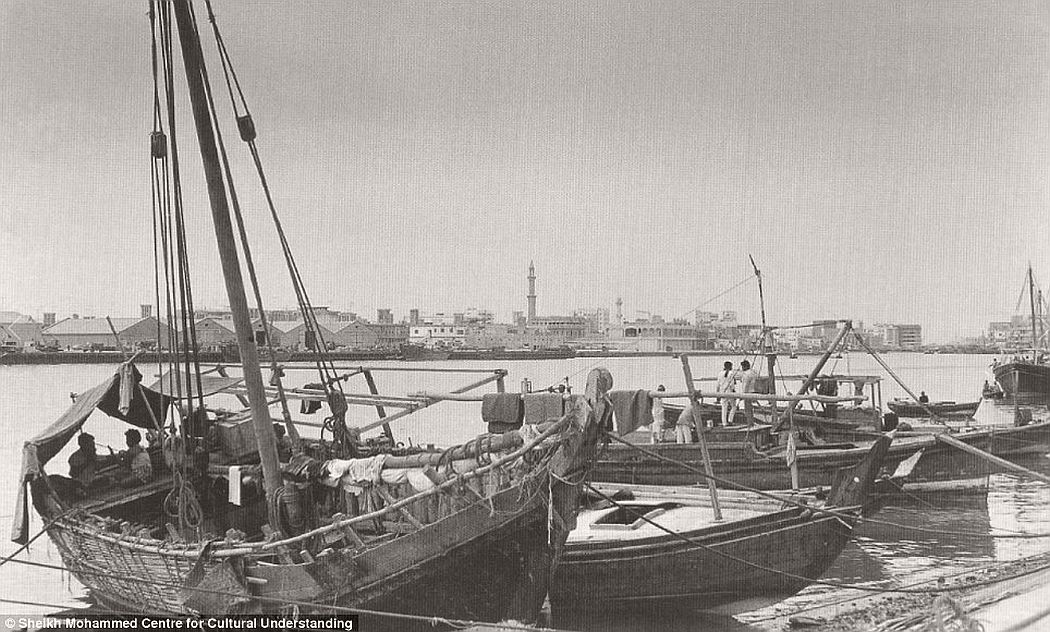 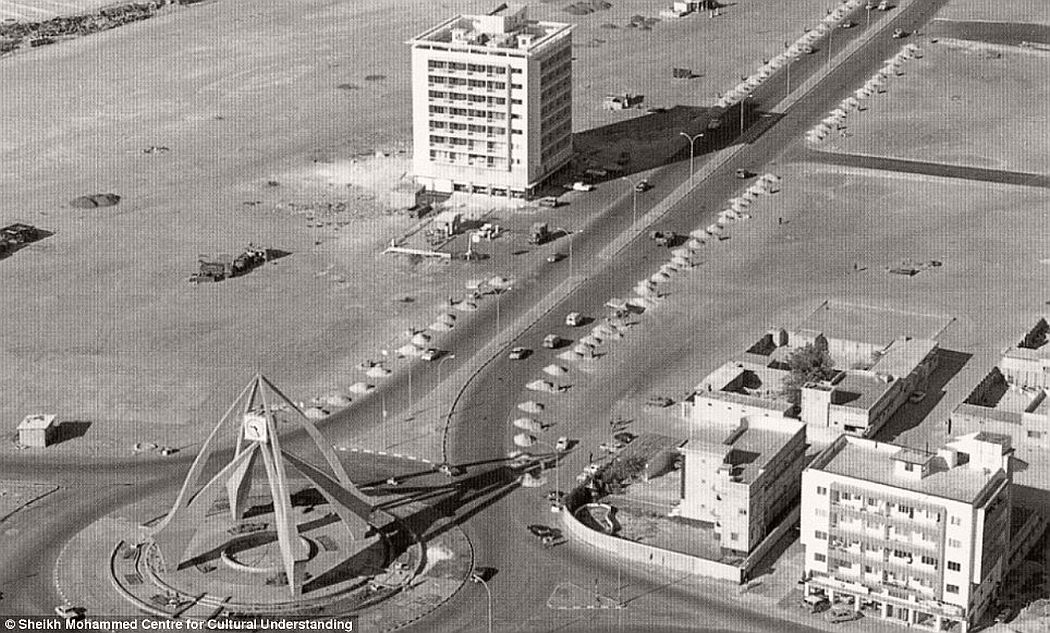 The Clocktower roundabout in the neighbourhood of Deira stands surrounded by sandy, ca. 1960s 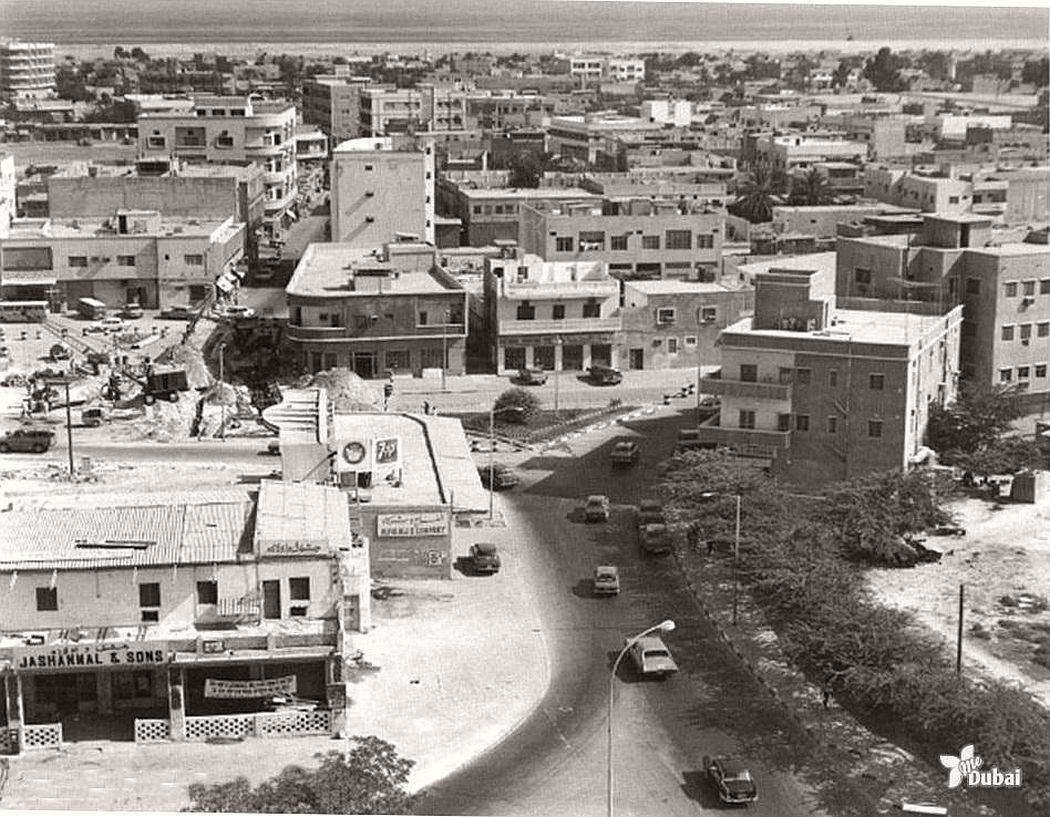 The first Jashanmal store in Dubai, 1956 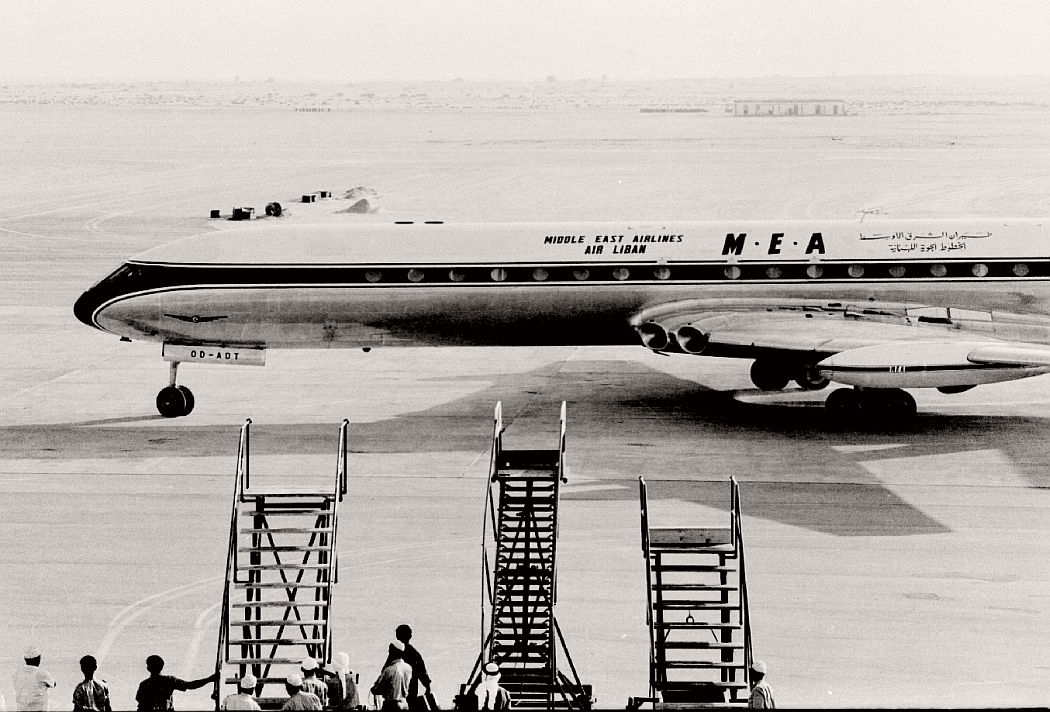 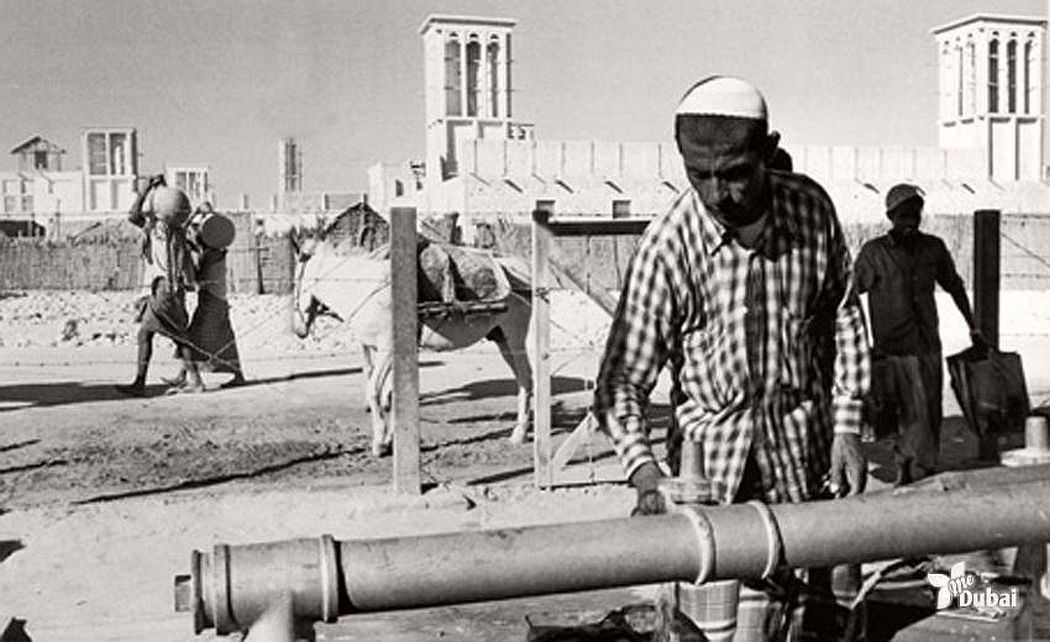