In advance of World War II, in 1939, Andreas Feininger immigrated to the U.S. where he established himself as a freelance photographer. In 1943 he joined the staff of Life magazine, an association that lasted until 1962.

Feininger became famous for his photographs of New York. 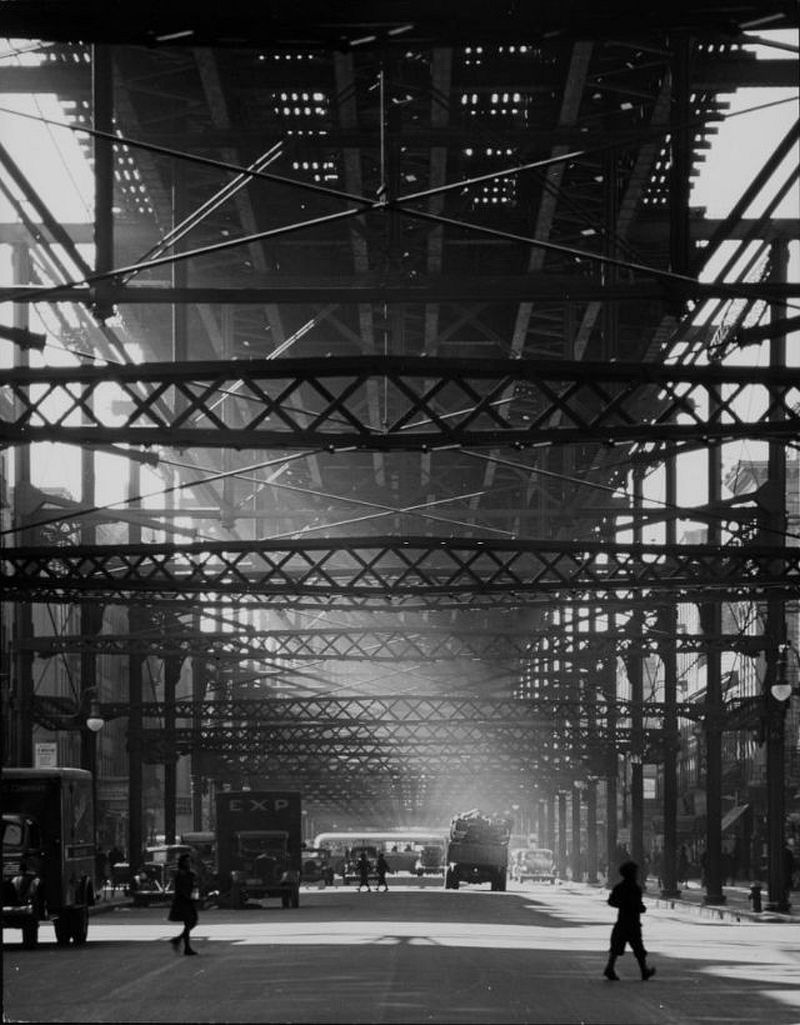 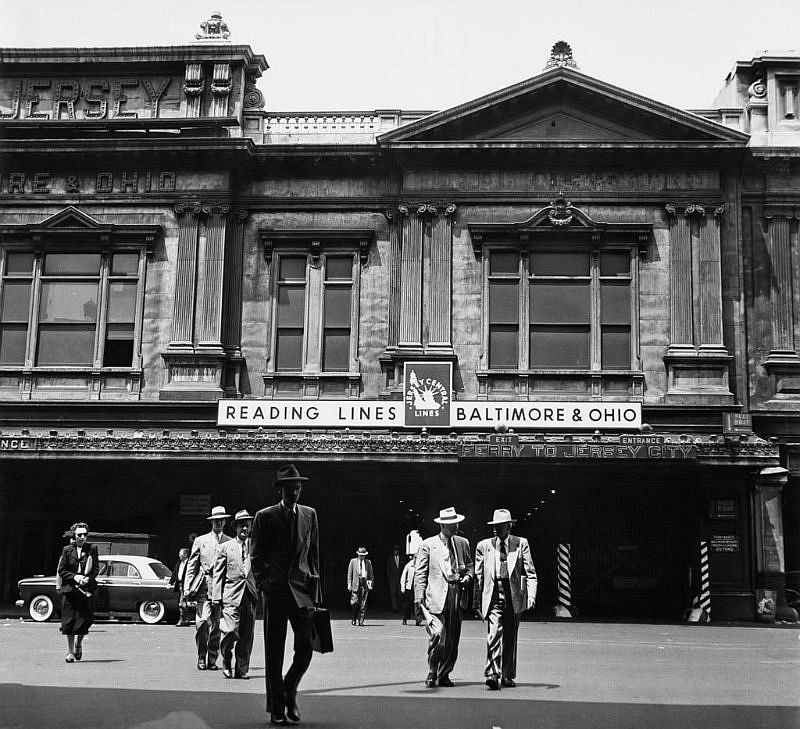 An exterior view of the entrance to the Ferry Terminal at Liberty Street, 1942. 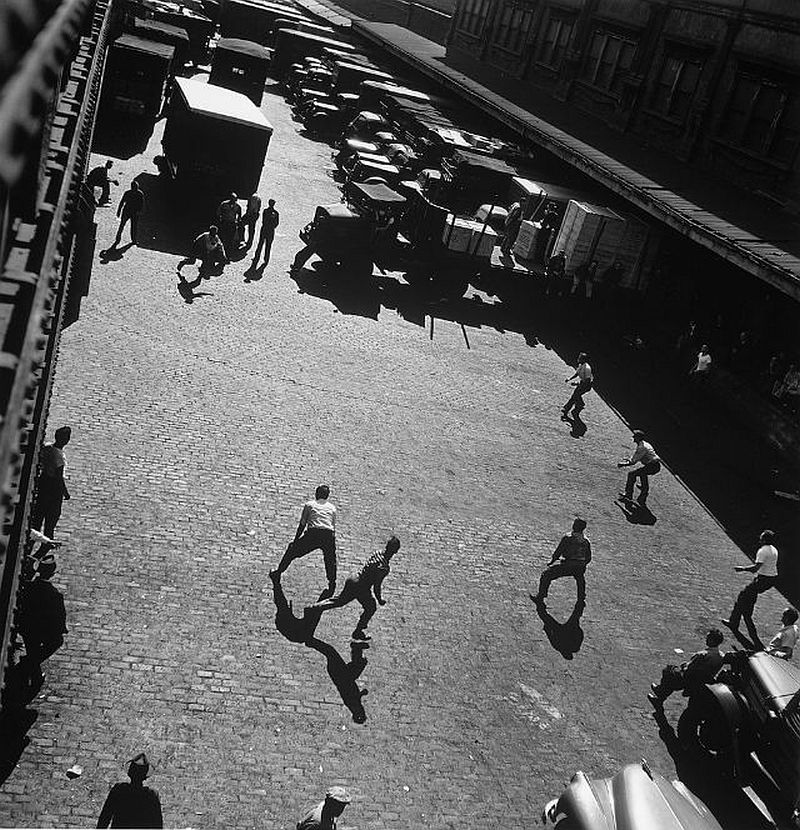 Boys playing game of punch ball down by the docks, 1949. 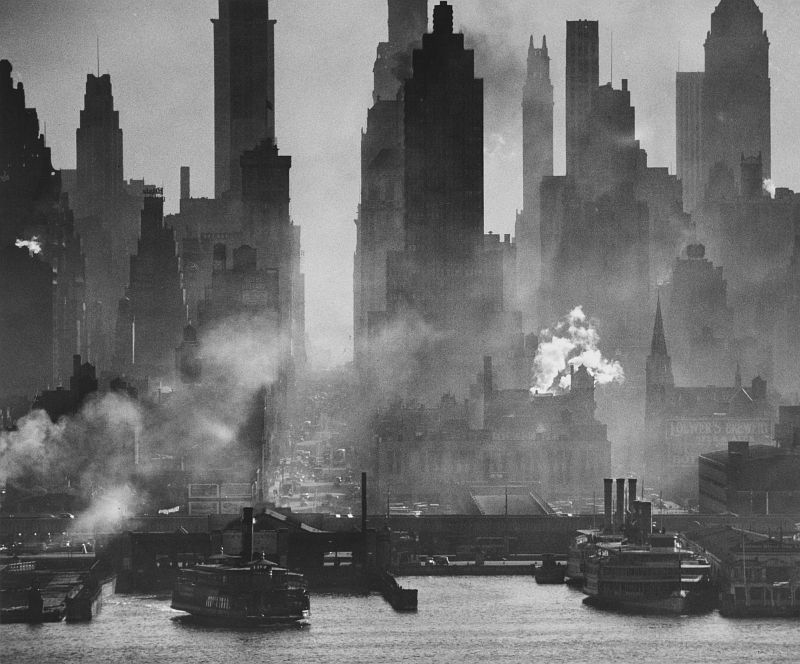 Smoggy waterfront skyline of New York City as seen from the shores of New Jersey, 1946. 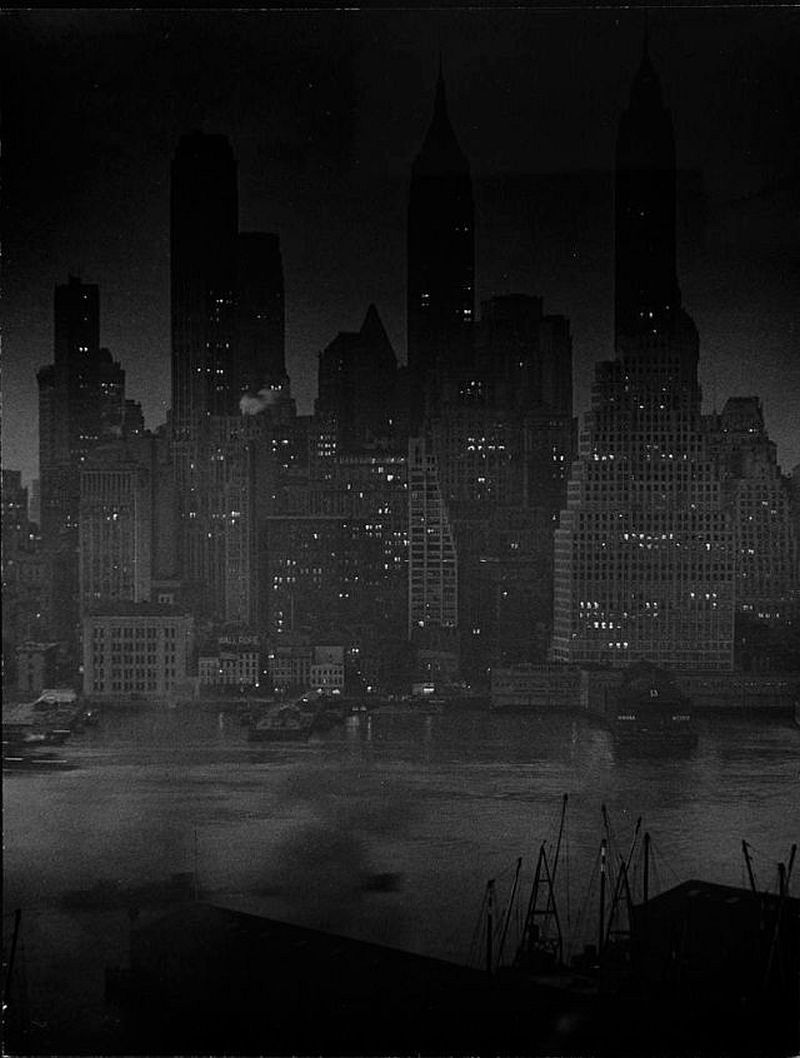 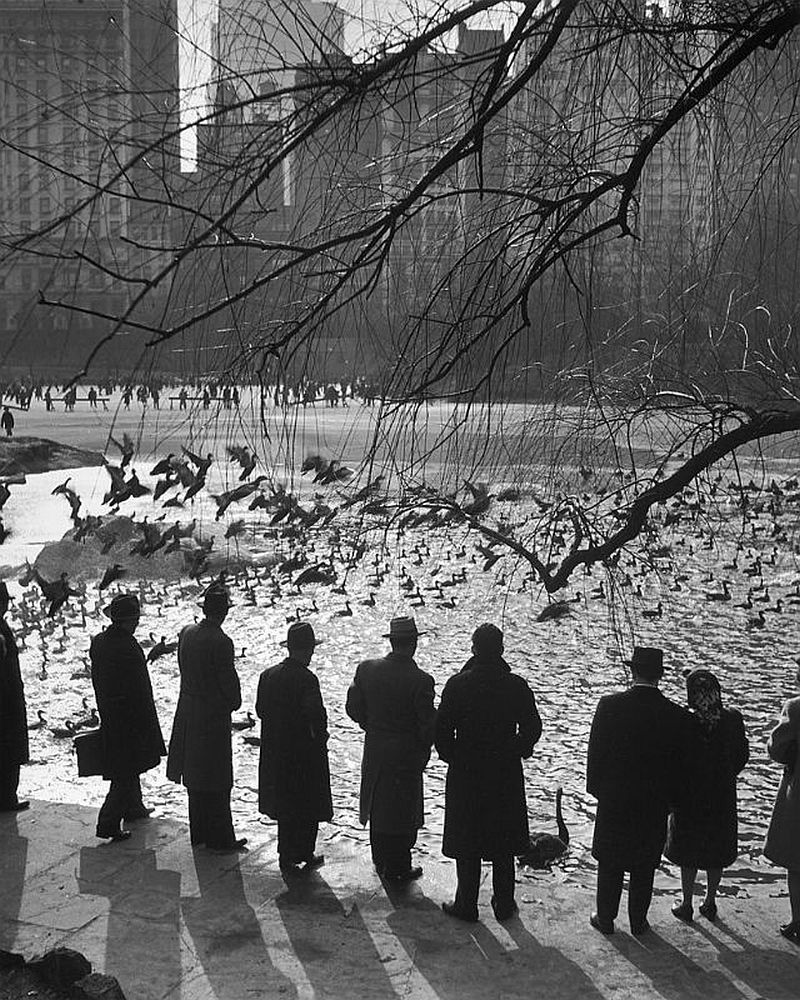 Feeding the ducks and swans in Central Park on a sunny Sunday afternoon, 1943. 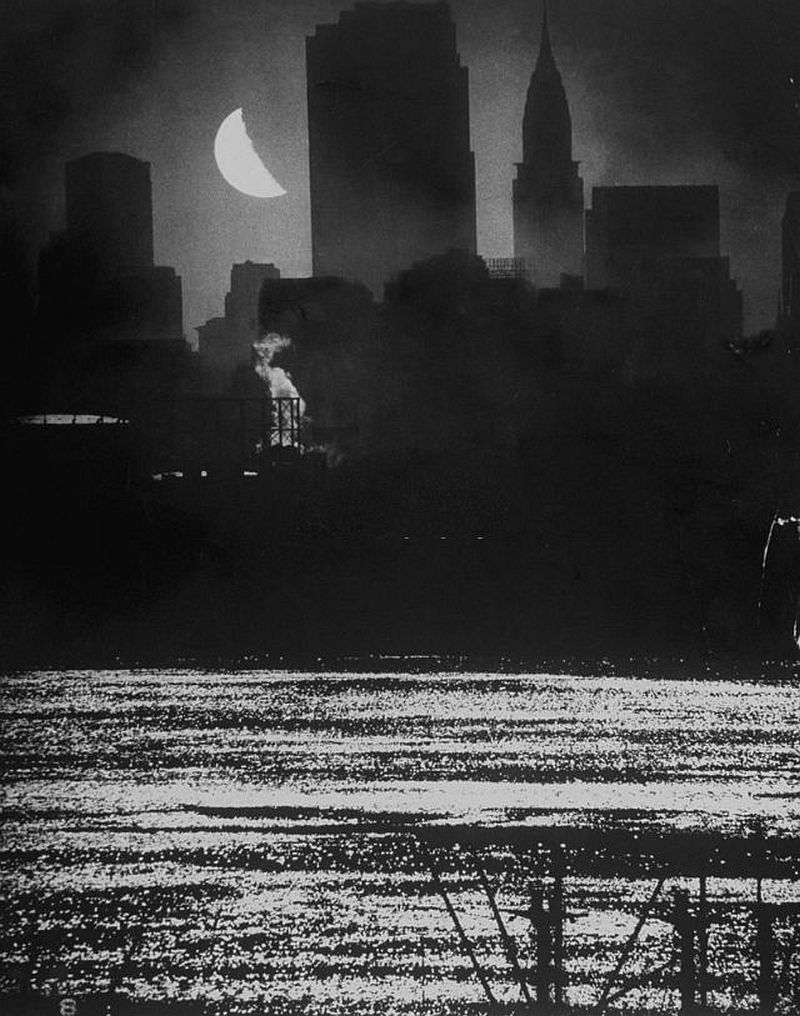 Moon shining over Manhattan’s RCA & Chrysler buildings as its light shimmers on the waters of the Hudson River, 1946. 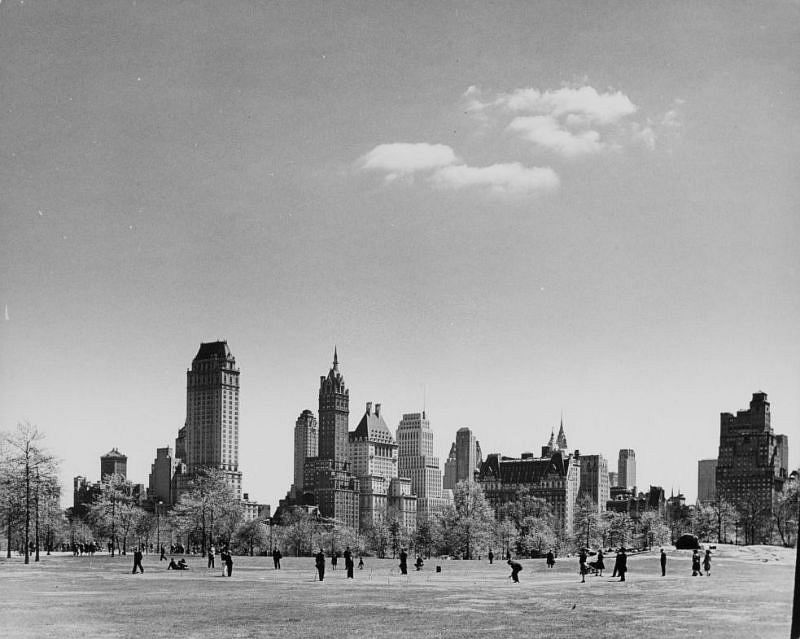 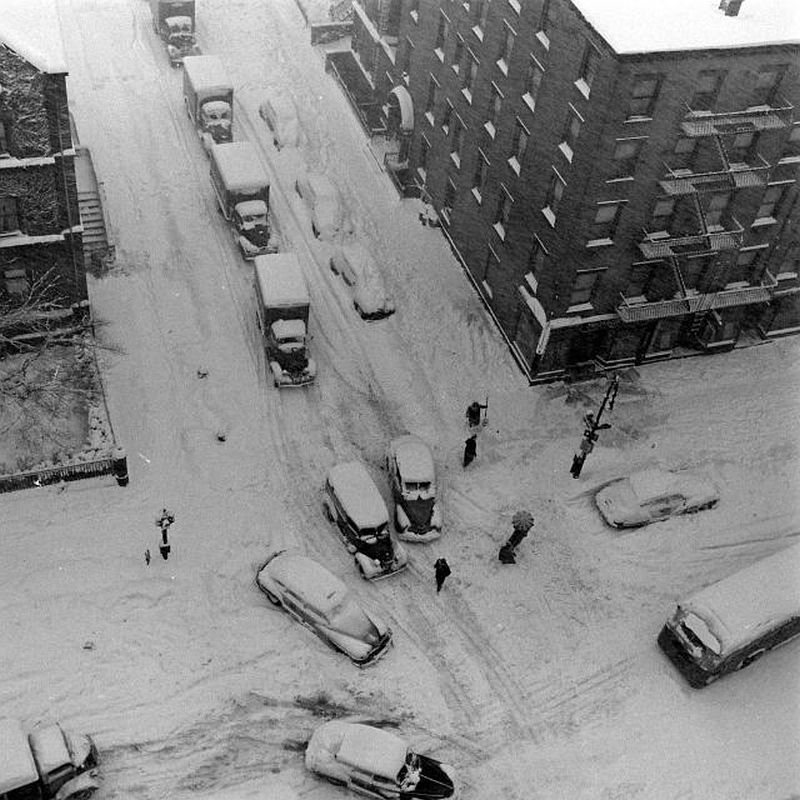 Street covers by the snow during snowstorm, 1948. 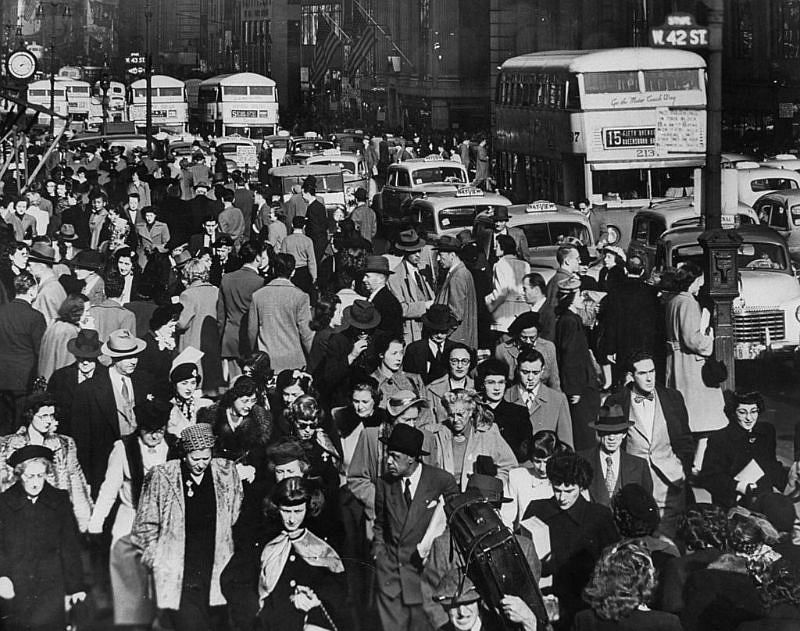 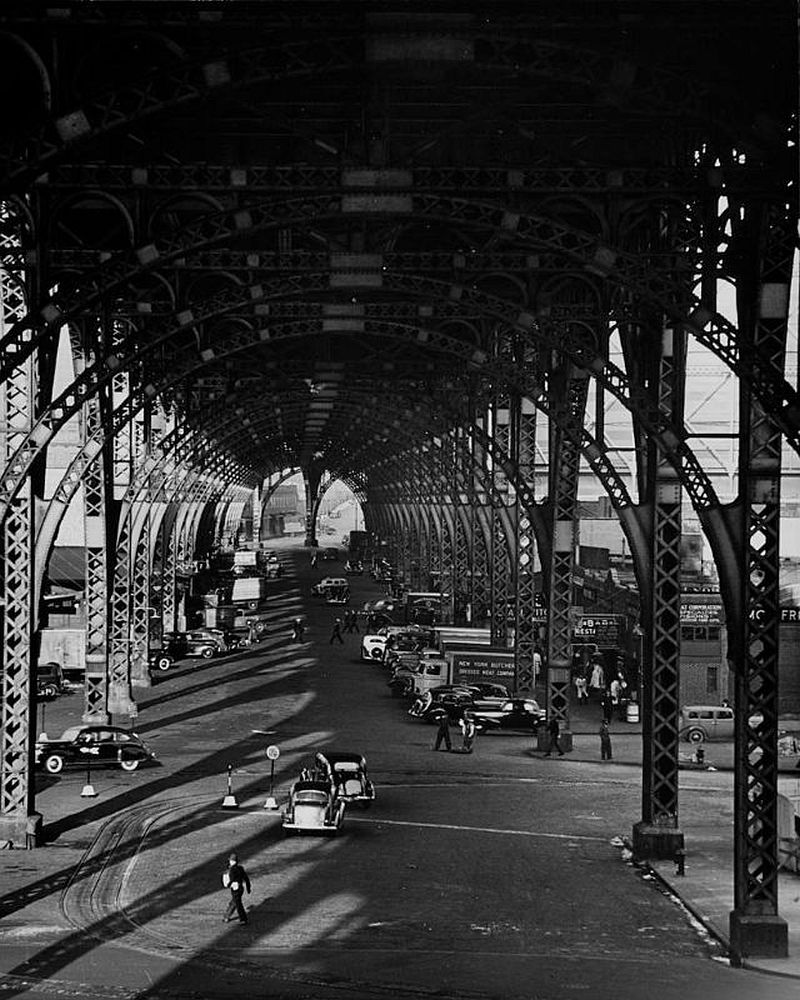 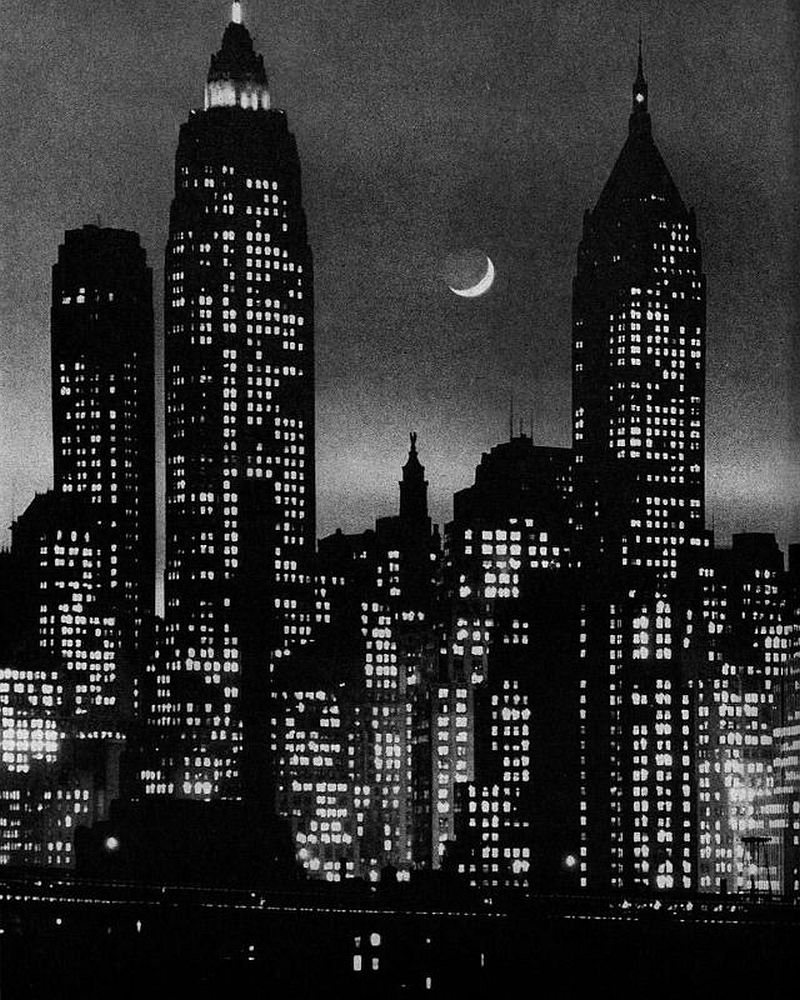