In 1900, Lewis Cycle Works made the leap from bicycles to motor driven vehicles with the creation of the Lewis motor car. Built in-house, the company soon realized that there would be no profit in hand-built cars, when they could be more easily and cheaply imported from other countries. The solution was to use their expertise in producing bicycles to start producing motorcycles. Within a year, they had already unveiled their first prototype. This first “motorcycle” was nothing more than a bicycle fitted with a Minerva clip-on motor, but it was a step in the right direction.

By 1903, the motorcycle design had been settled upon and production began. The motorcycles were still powered by a Minerva clip-on engine, but used a new side valve configuration which produced 2 horsepower. Engine size and power increased slowly for the next couple years, but in 1905, Lewis introduced a water cooled model which featured a “radiator” mounted in front of the gas tank. It also had three brakes, rim brakes front and rear operated by hand levers and a rear drum brake operated by a foot pedal. The motor was a vertical single, which produced 2 1/2 horsepower.

The photographs below were taken between 1904 and 1906 at the Lewis Cycle and Motor Works factory, during a time of rapid development for the Lewis motorcycle. Here you can see how the bicycle evolved into a motorcycle and how much work went into producing motorcycles at the turn of the century. 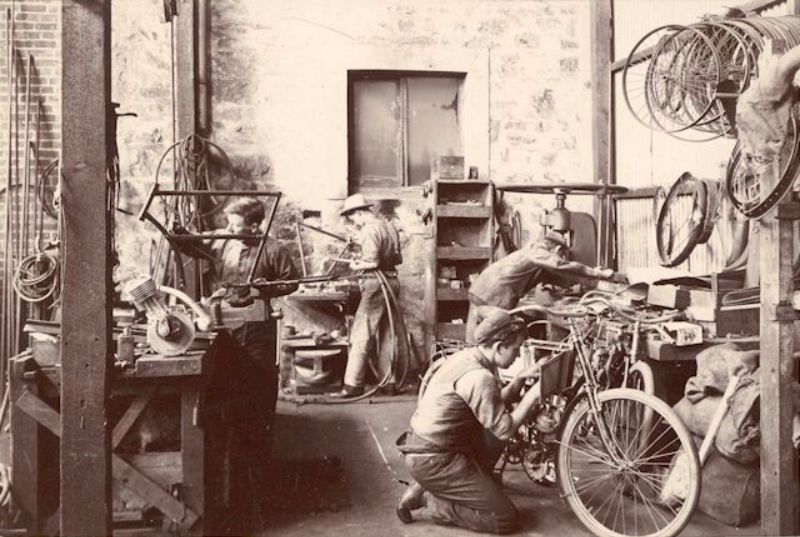 Motorcycle repairs and manufacture inside the McHenry Street workshop, c1904 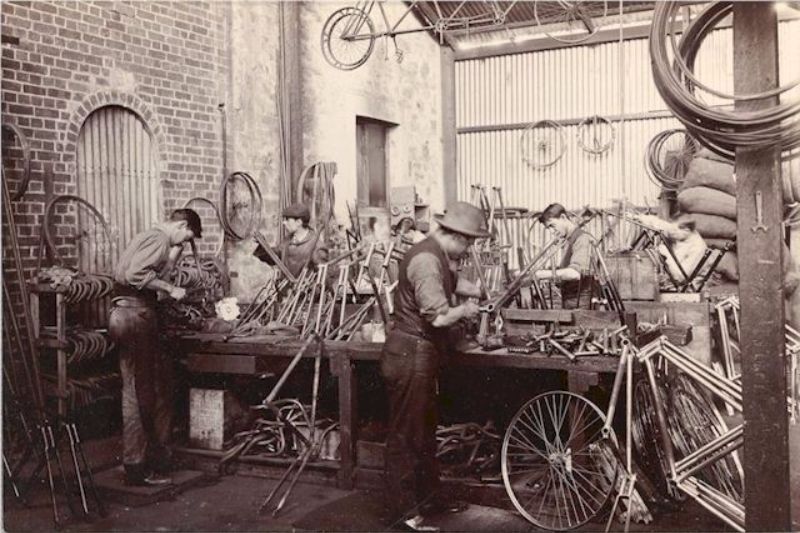 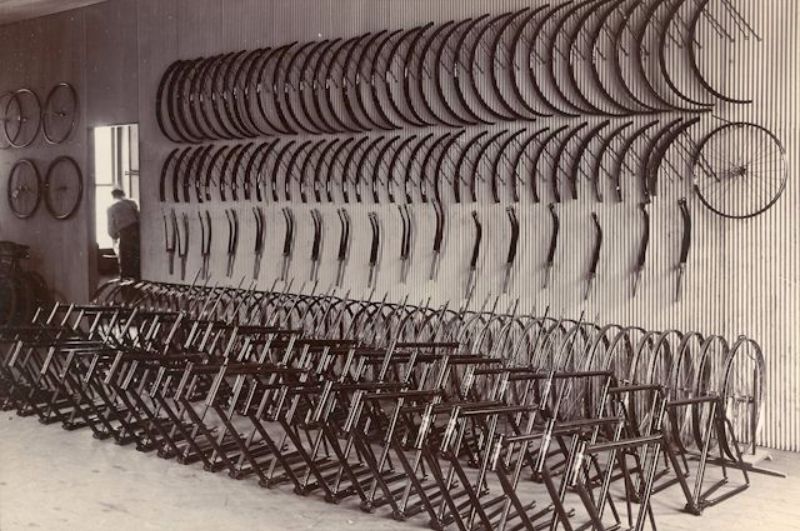 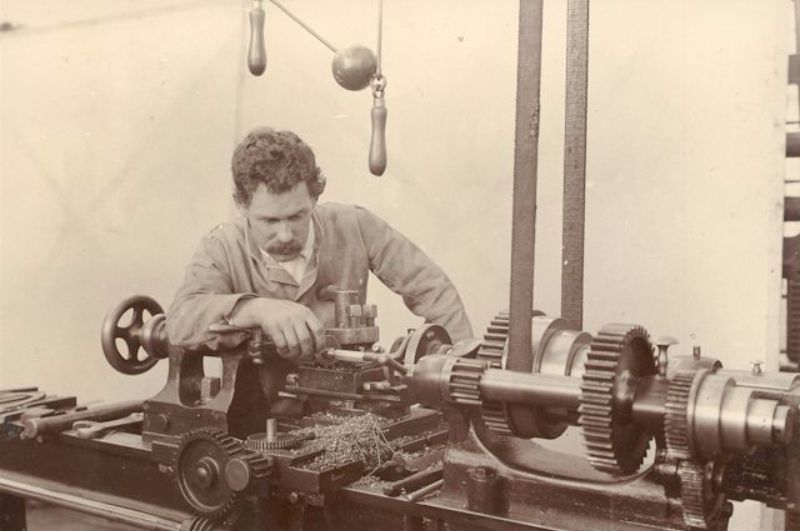 Bill Courtney at his lathe in the Molton Street works, c1905 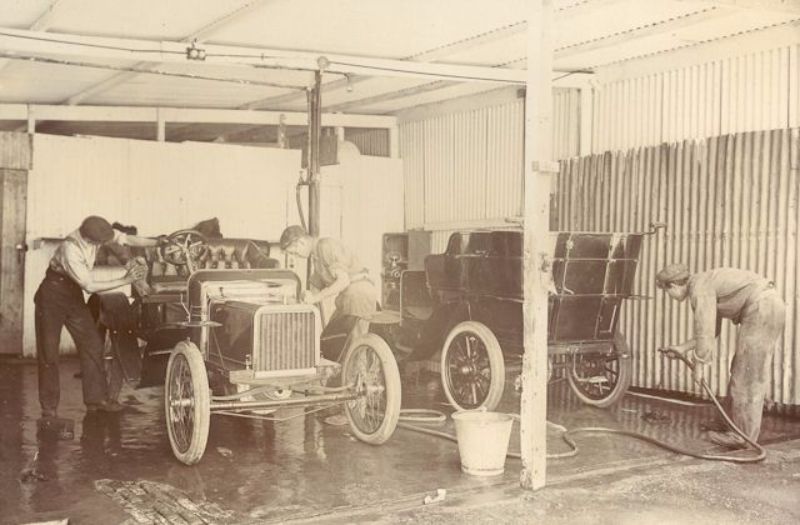 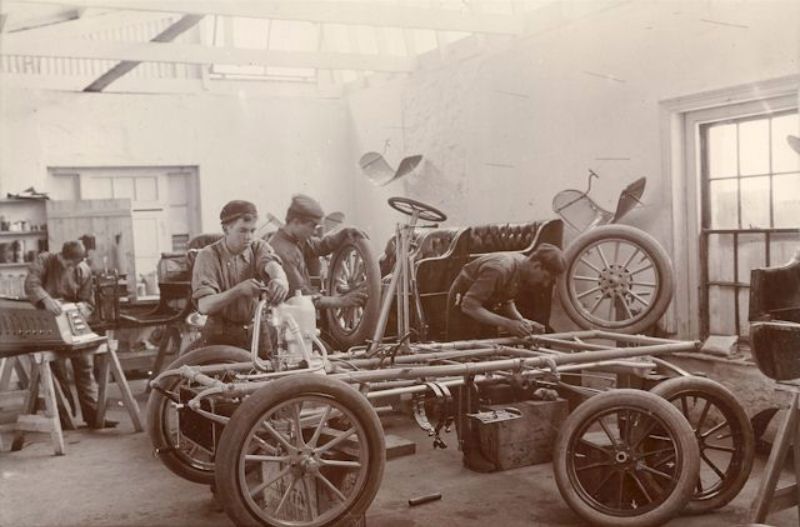 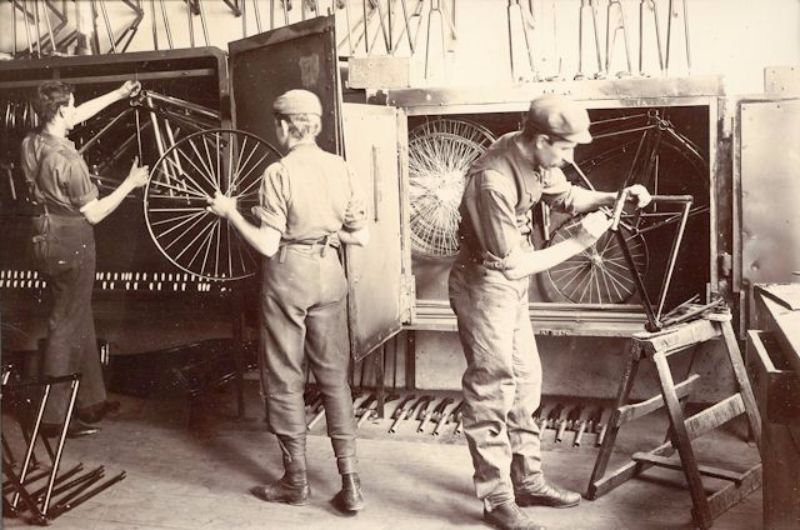 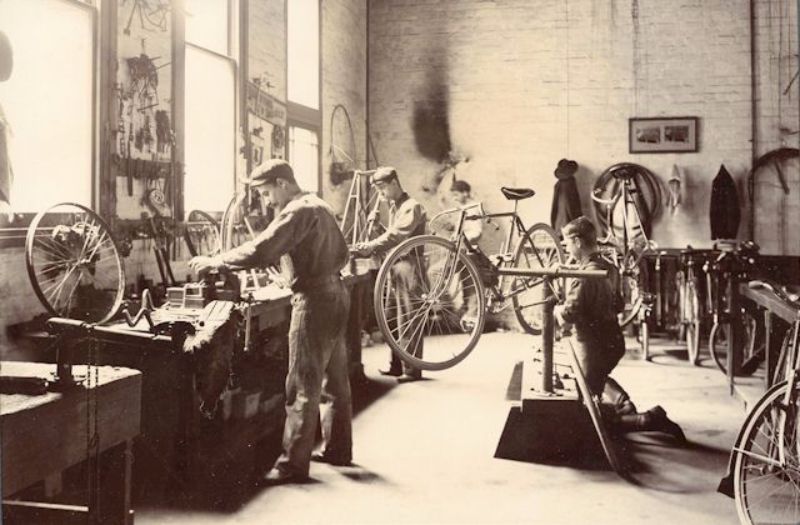 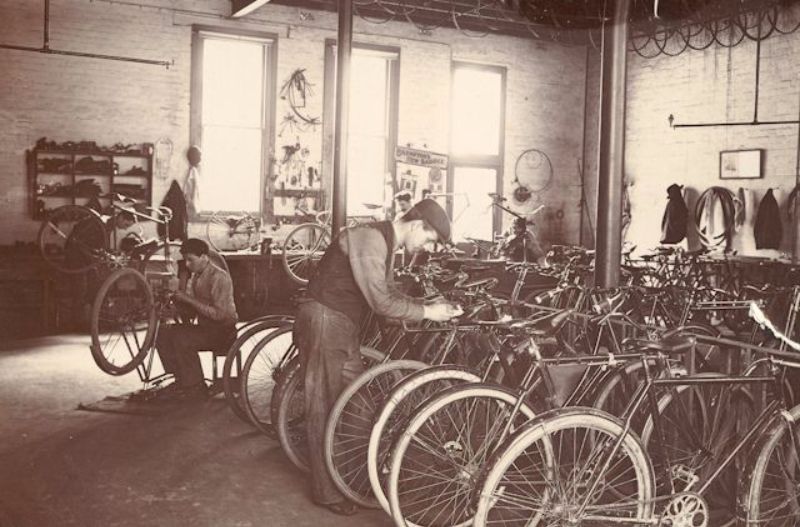 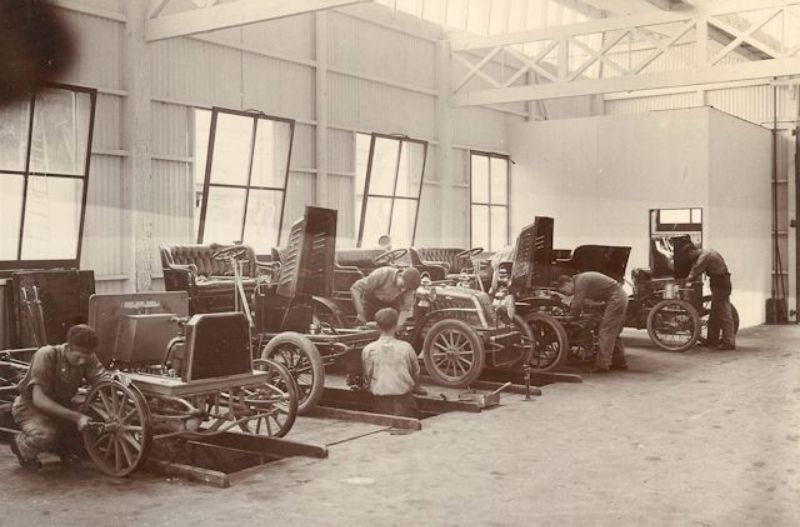 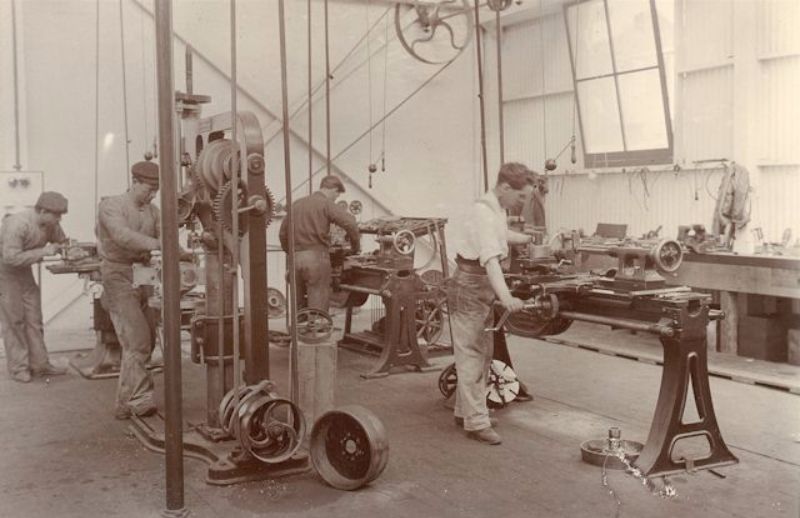 Men at work in the Molton Street works, c1905 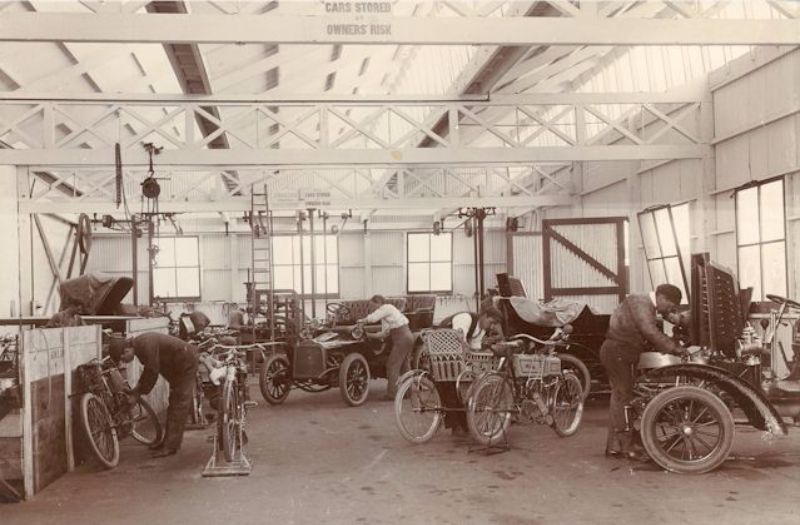 Cars and motorcycles in the Molton Street workshop, c1905-6 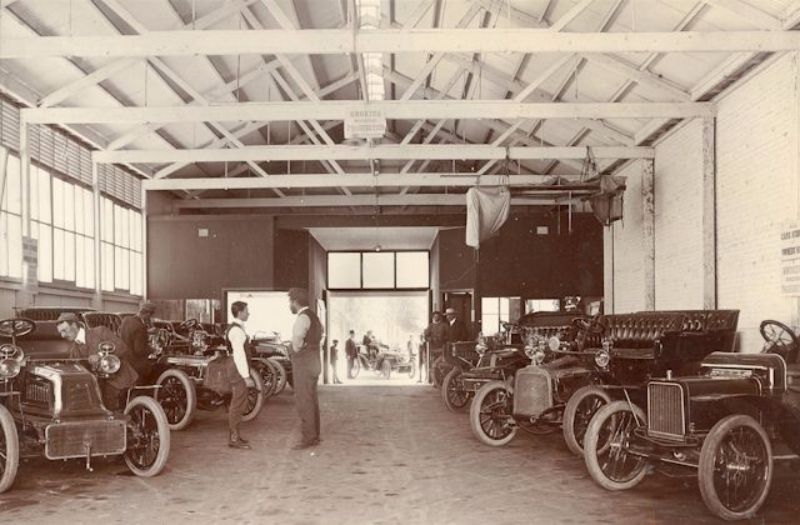 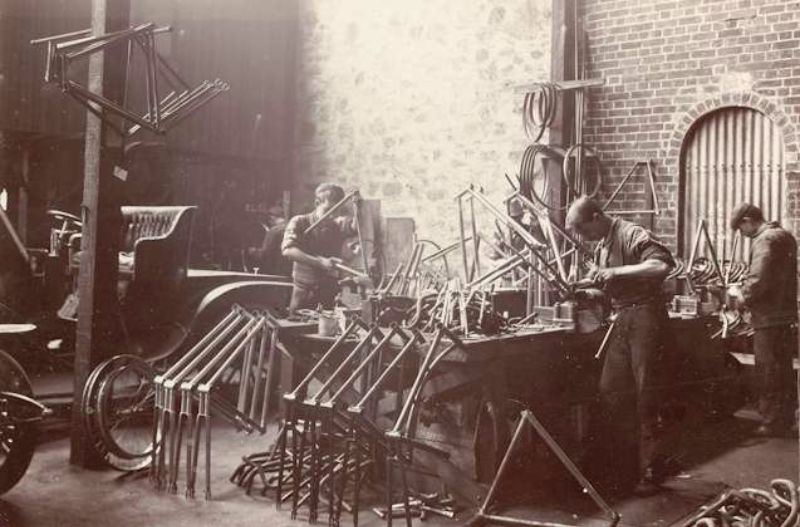 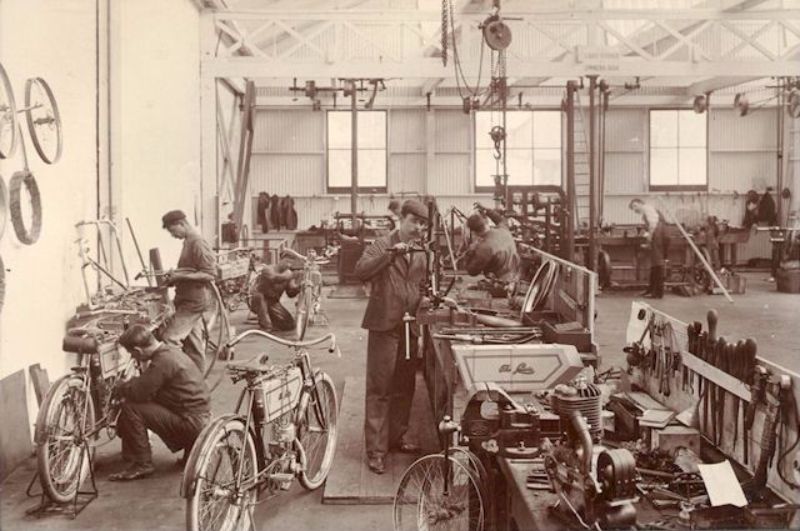 Motorcycle repair and manufacture in the new workshop, c1905-6 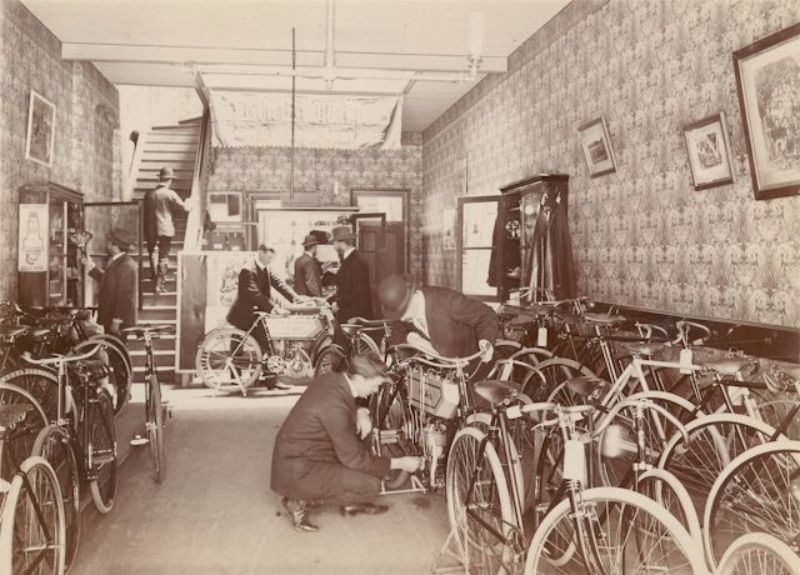 Bicycles and motorcycles in the Gawler Place showroom c1904 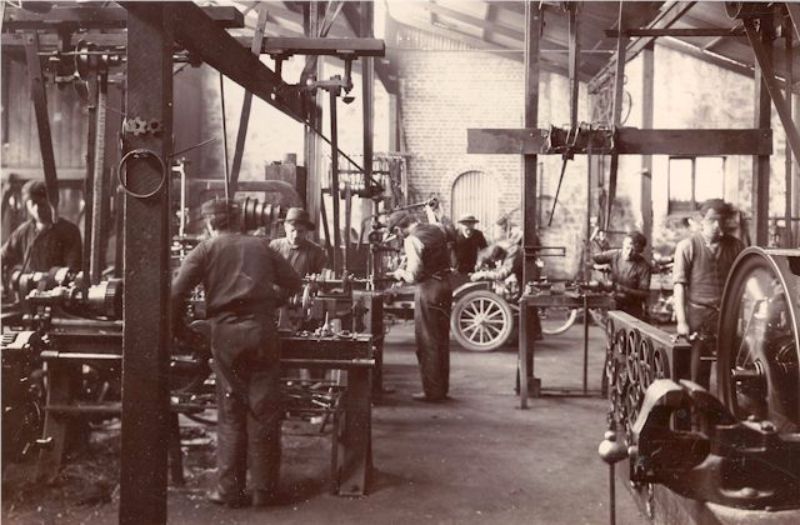 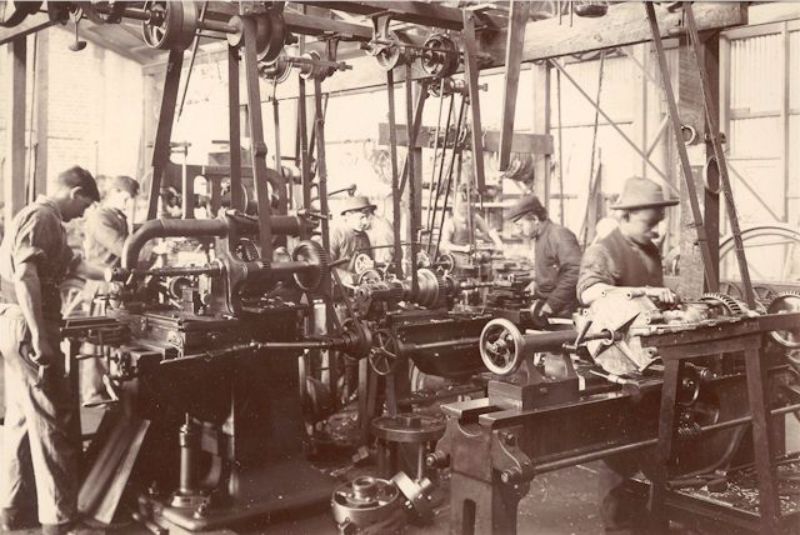 The machine shop in the McHenry Street works, c1904