‘Ivyhurst’ played host to such celebrities as President William H. Taft, Woodrow Wilson’s Vice President Thomas Marshall, William Jennings Bryan, and Mrs. Calvin Coolidge. After the death of Mrs. Downey, Ivyhurst passed into the ownership of Waynesburg College, which used it to house the Music Department until 1967, when Ivyhurst was sold and destroyed to make room for a gas station. 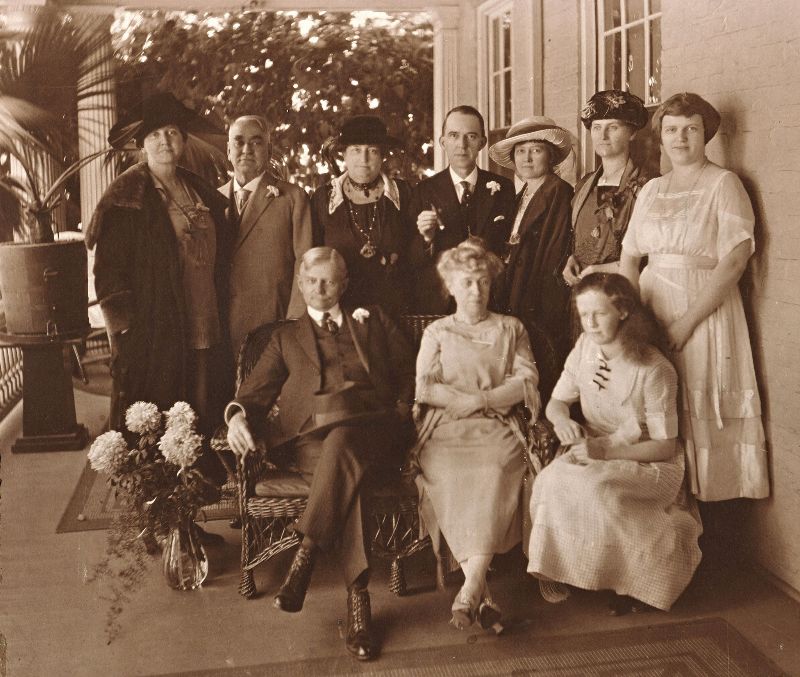 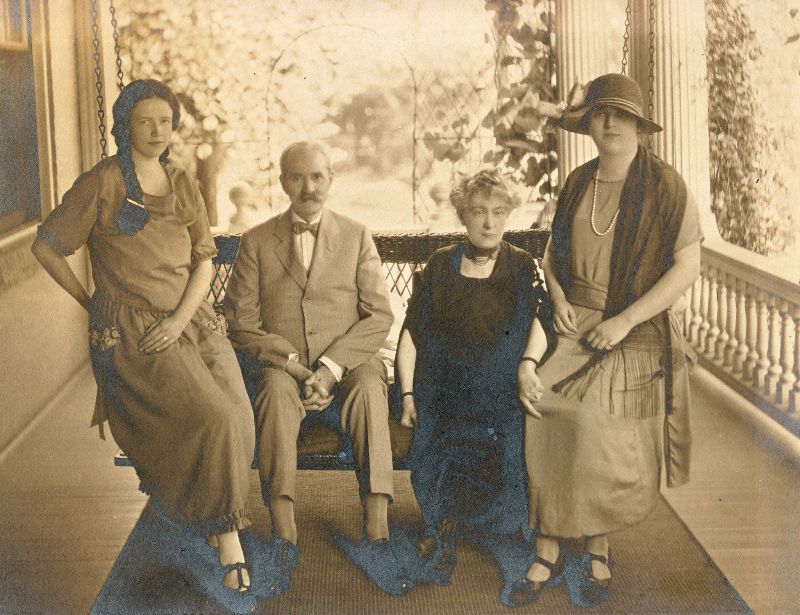 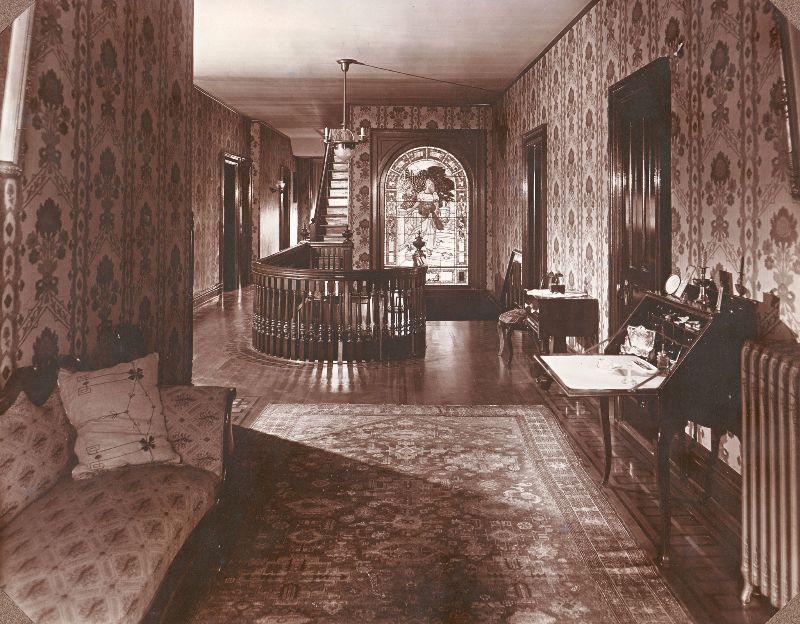 The upstairs hallway at ‘Ivyhurst.’ The stained glass window in the background was saved and is on display at the Waynesburg University Paul R. Stewart Museum 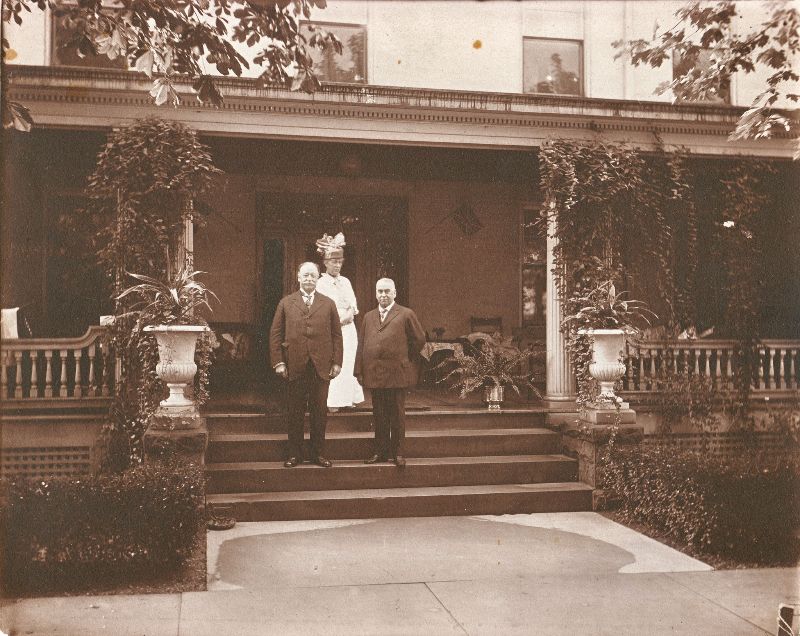 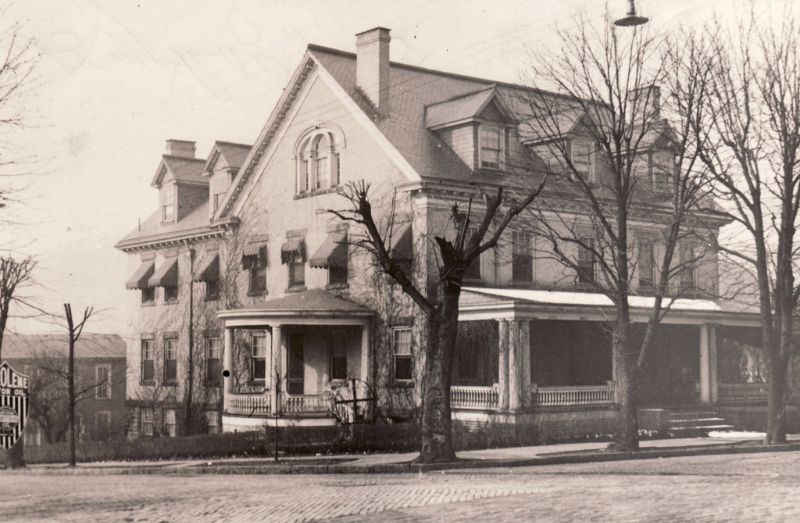 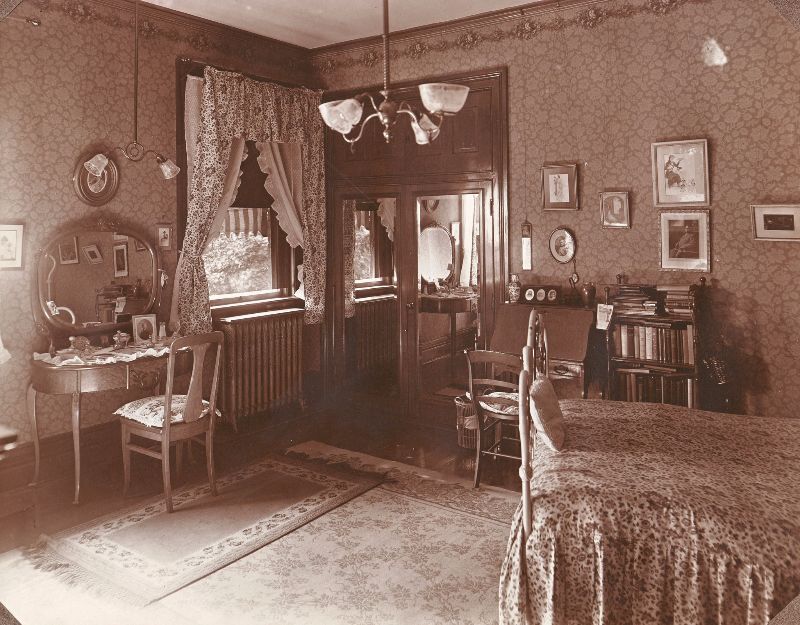 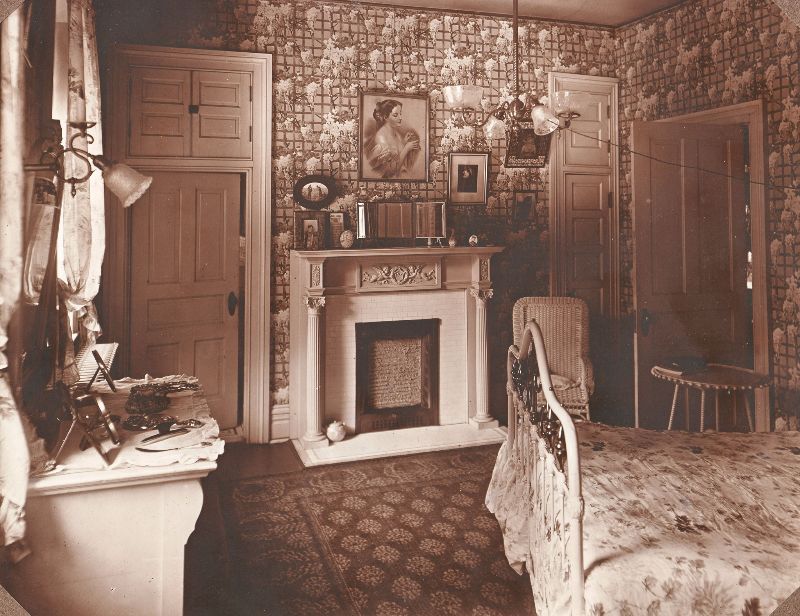 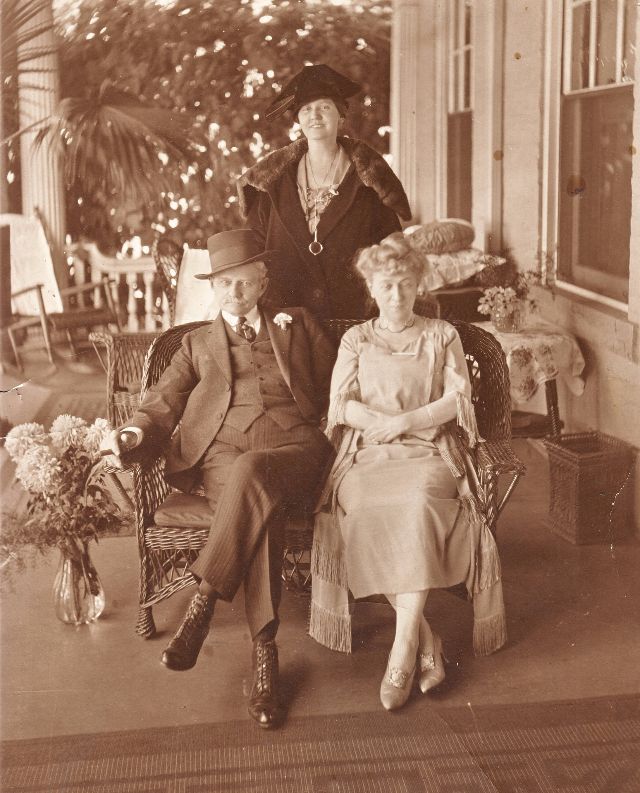