In the Gregorian calendar, New Year’s Eve (also known as Old Year’s Day or Saint Sylvester’s Day in many countries), the last day of the year, is on December 31 which is the seventh day of the Christmas season. In many countries, New Year’s Eve is celebrated at evening social gatherings, where many people dance, eat, drink alcoholic beverages, and watch or light fireworks to mark the new year. Some Christians attend a watchnight service. The celebrations generally go on past midnight into New Year’s Day, January 1. 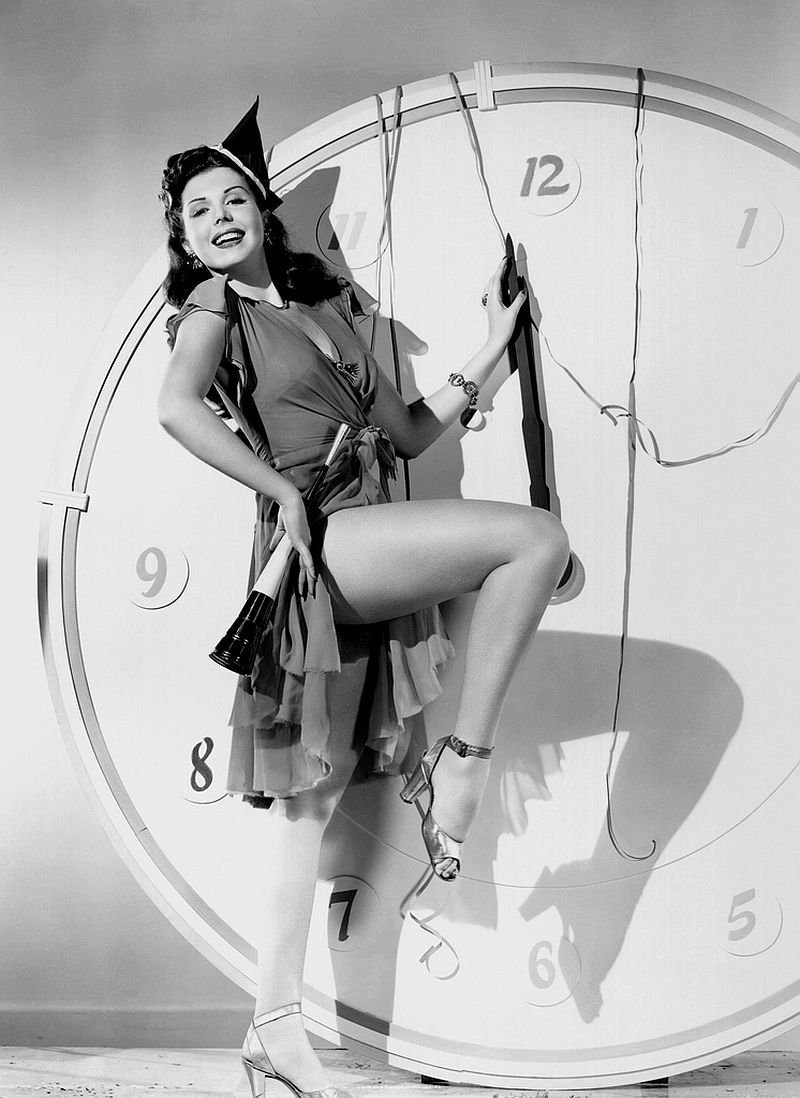 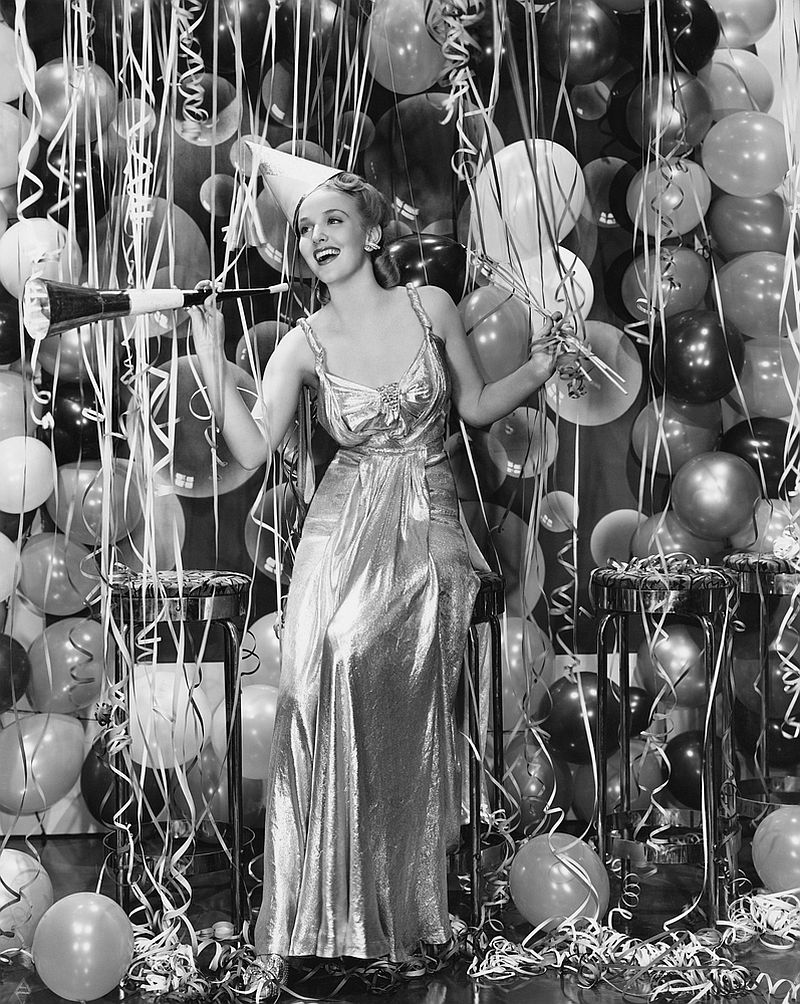 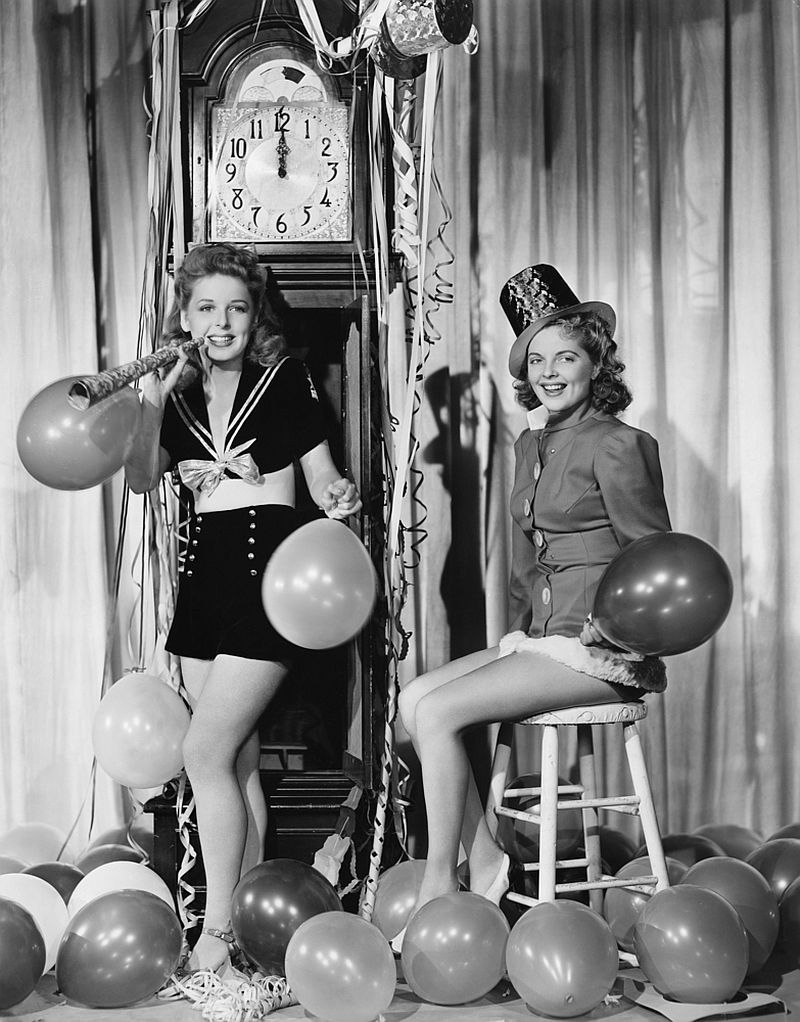 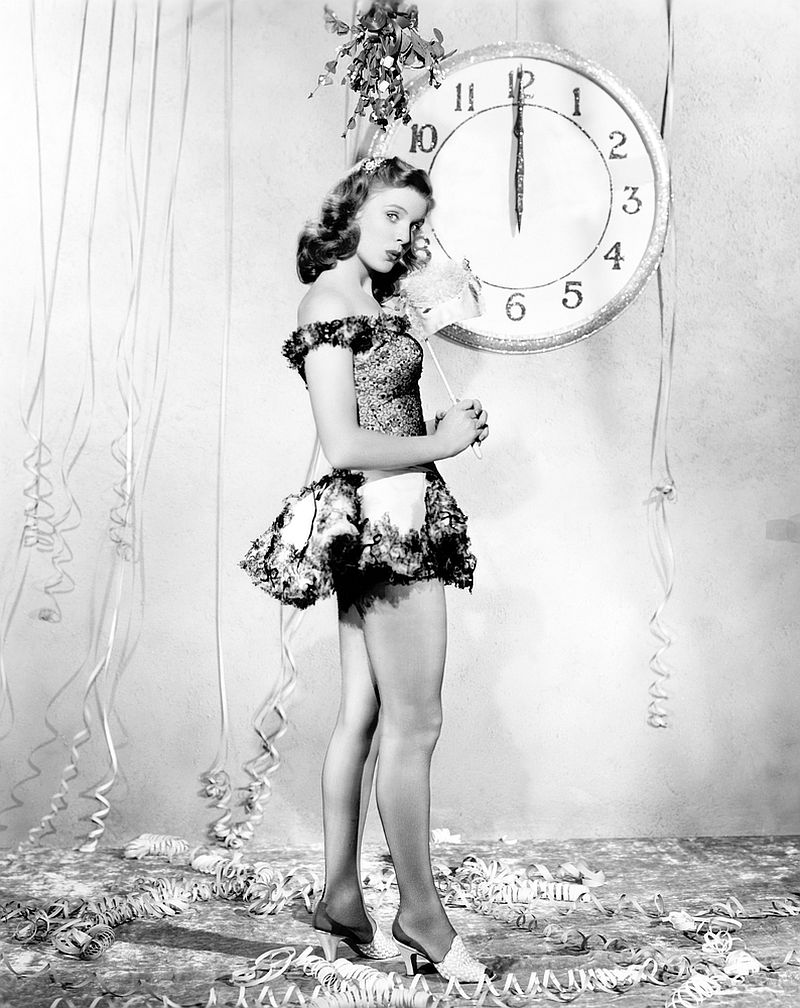 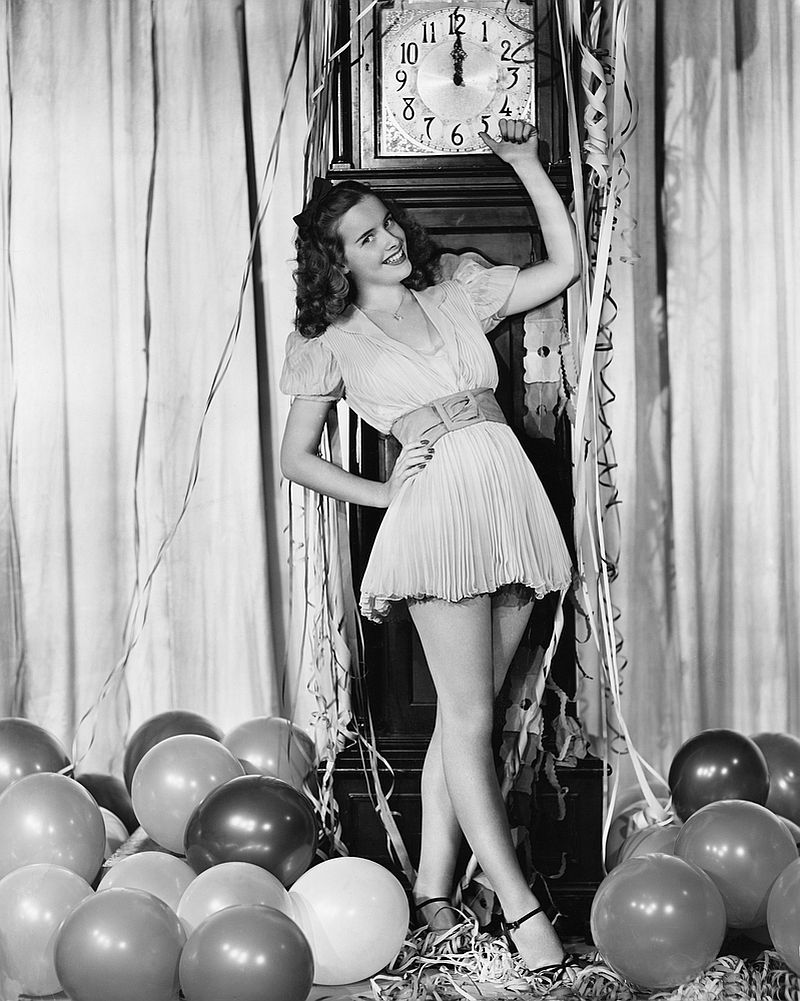 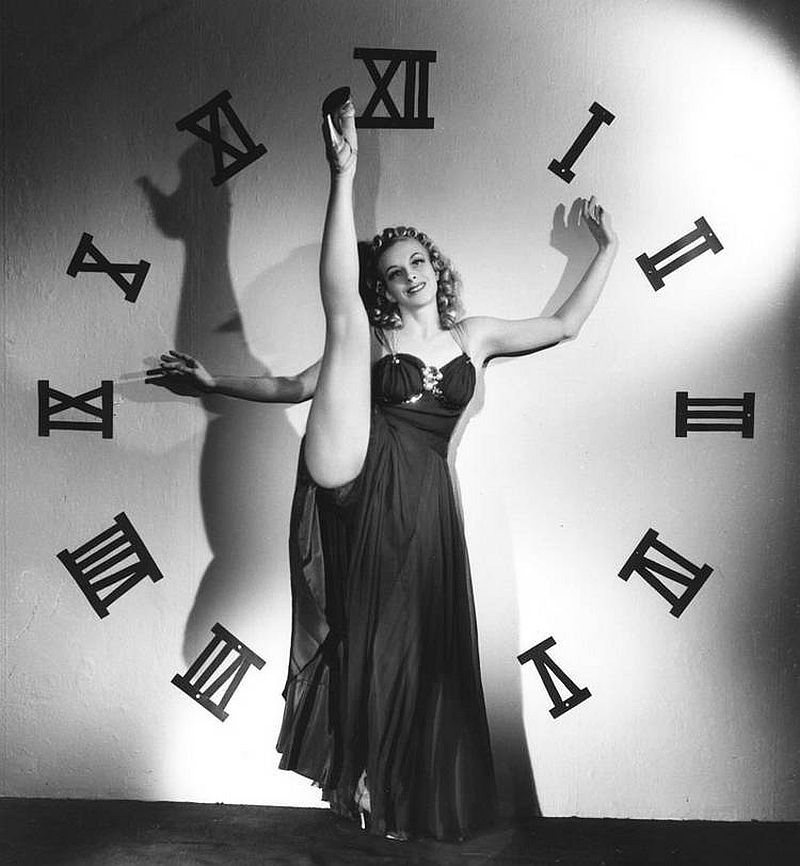 Getting a kick out of New Year’s with Julie London. 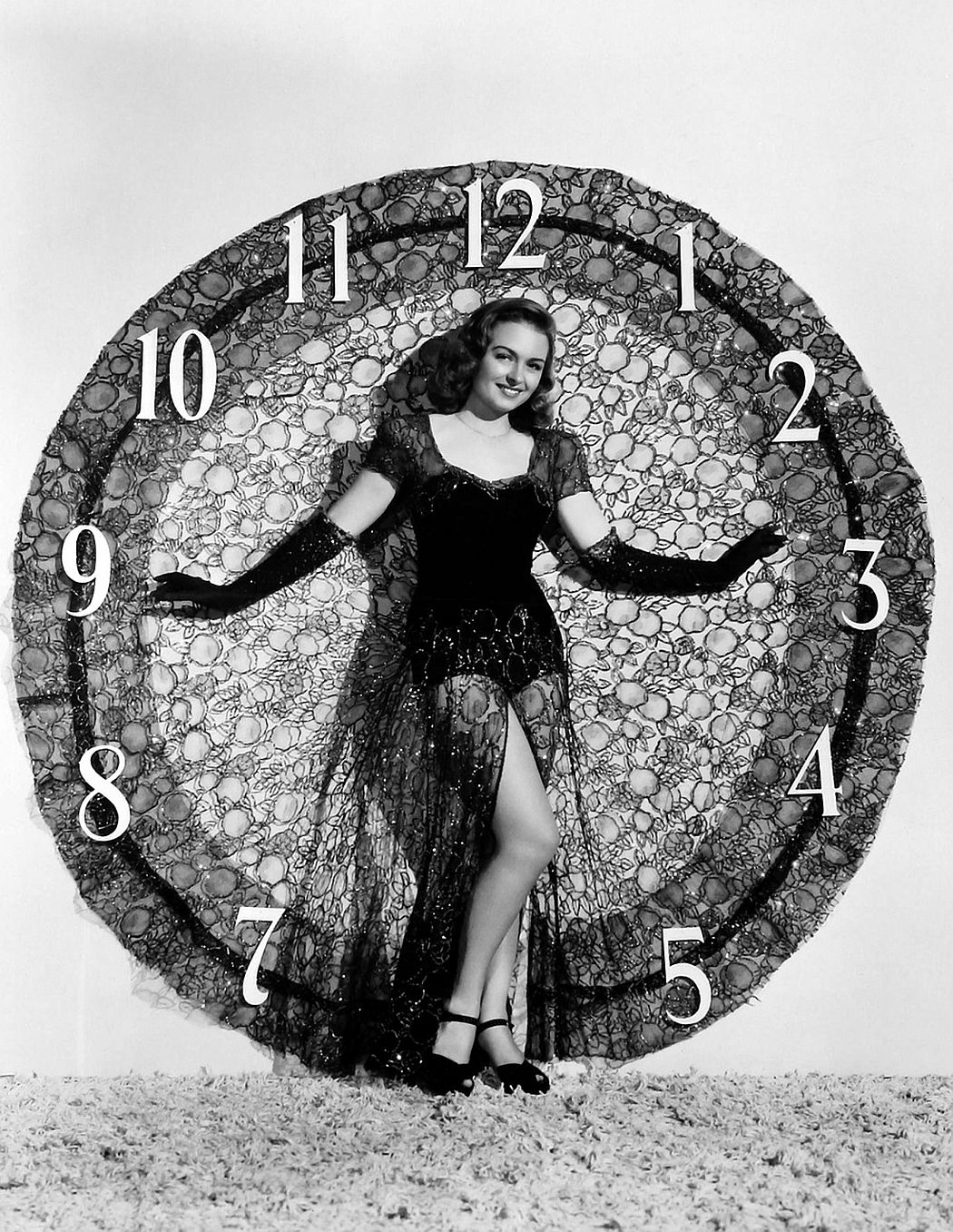 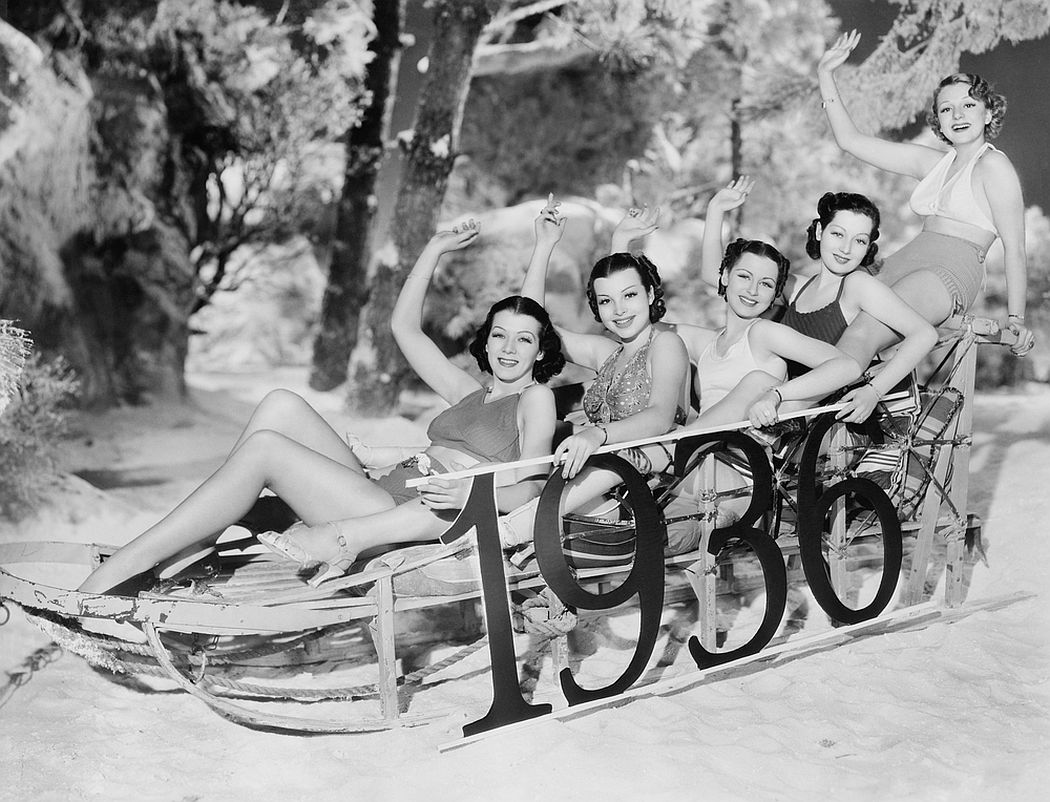 A group of women enjoy a New Year’s sledding party. 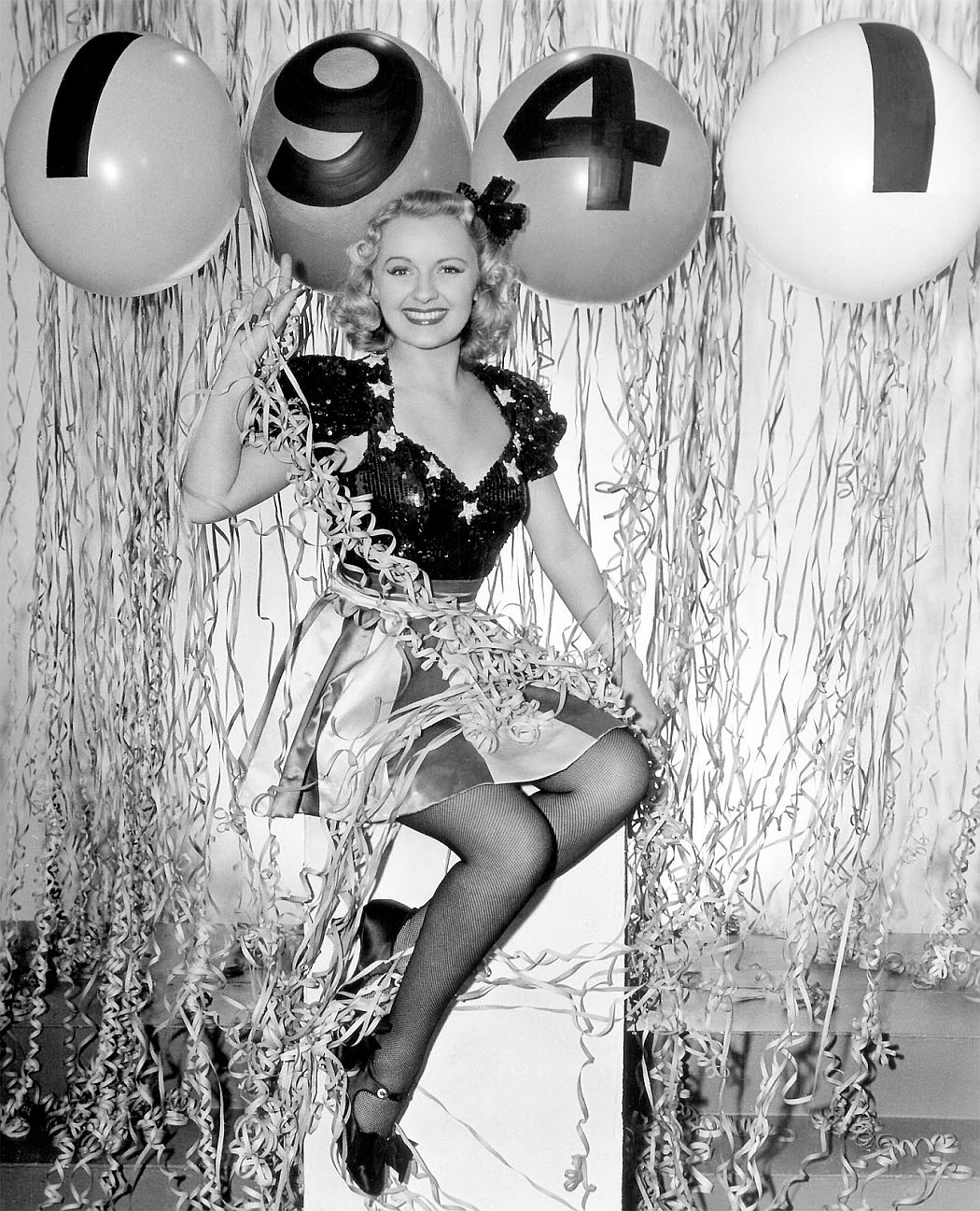