Selling intensified in mid-October. On October 24, “Black Thursday”, the market lost 11% of its value at the opening bell on very heavy trading. The huge volume meant that the report of prices on the ticker tape in brokerage offices around the nation was hours late, and so investors had no idea what most stocks were trading for. Several leading Wall Street bankers met to find a solution to the panic and chaos on the trading floor. The meeting included Thomas W. Lamont, acting head of Morgan Bank; Albert Wiggin, head of the Chase National Bank; and Charles E. Mitchell, president of the National City Bank of New York. They chose Richard Whitney, vice president of the Exchange, to act on their behalf.

With the bankers’ financial resources behind him, Whitney placed a bid to purchase 25,000 shares of U.S. Steel at $205 per share, a price well above the current market. As traders watched, Whitney then placed similar bids on other “blue chip” stocks. The tactic was similar to one that had ended the Panic of 1907 and succeeded in halting the slide. The Dow Jones Industrial Average recovered, closing down only 6.38 points (2.09%) for the day.

On October 28, “Black Monday”, more investors facing margin calls decided to get out of the market, and the slide continued with a record loss in the Dow for the day of 38.33 points, or 12.82%.

On October 29, 1929, “Black Tuesday” hit Wall Street as investors traded some 16 million shares on the New York Stock Exchange in a single day. Billions of dollars were lost, wiping out thousands of investors. The next day, the panic selling reached its peak with some stocks having no buyers at any price. The Dow lost an additional 30.57 points, or 11.73%, for a total drop of 68.90 points, or 23.05% in two days.

On October 29, William C. Durant joined with members of the Rockefeller family and other financial giants to buy large quantities of stocks to demonstrate to the public their confidence in the market, but their efforts failed to stop the large decline in prices. The massive volume of stocks traded that day made the ticker continue to run until about 7:45 p.m. 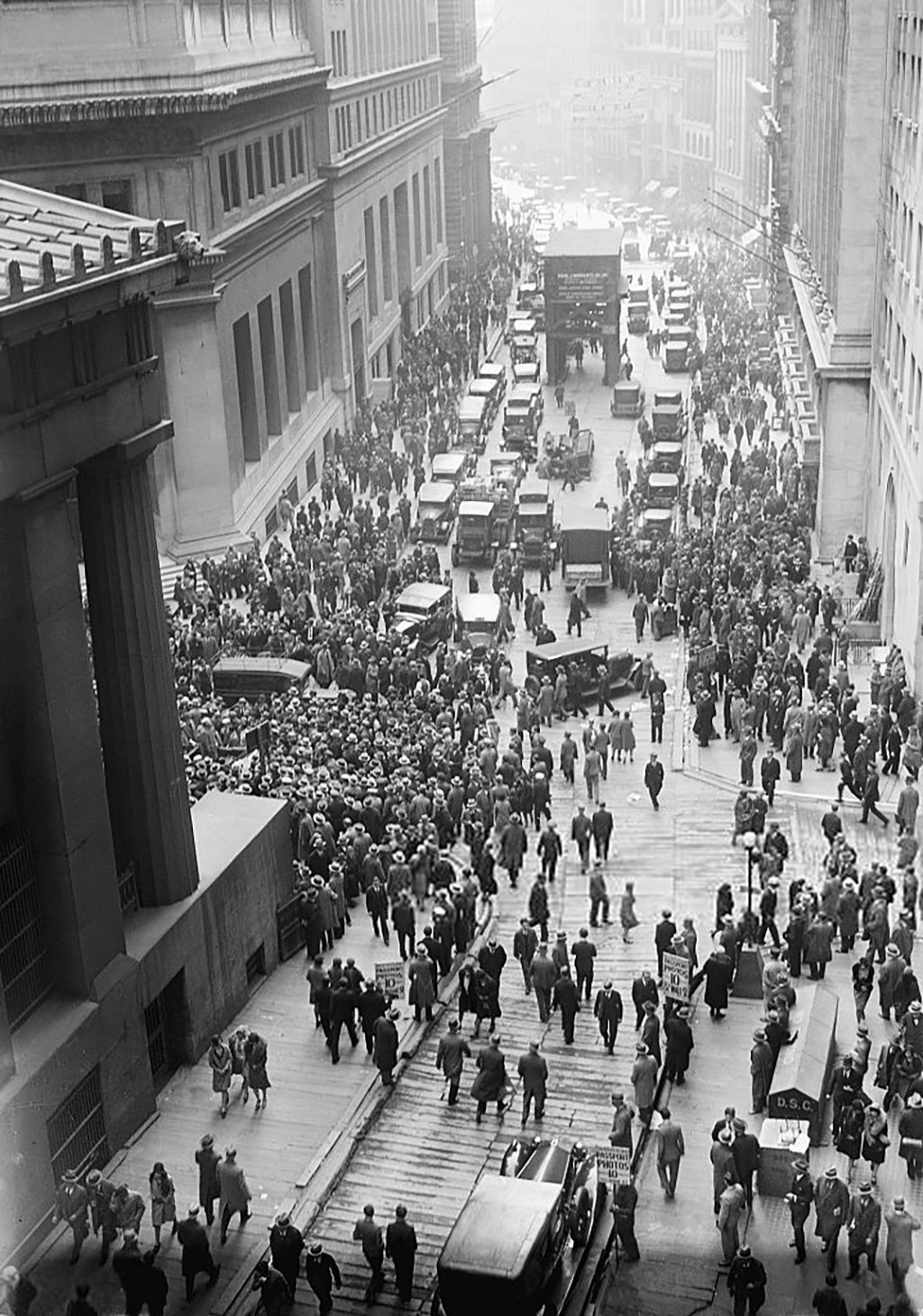 Crowd gathering on Wall Street after the 1929 crash 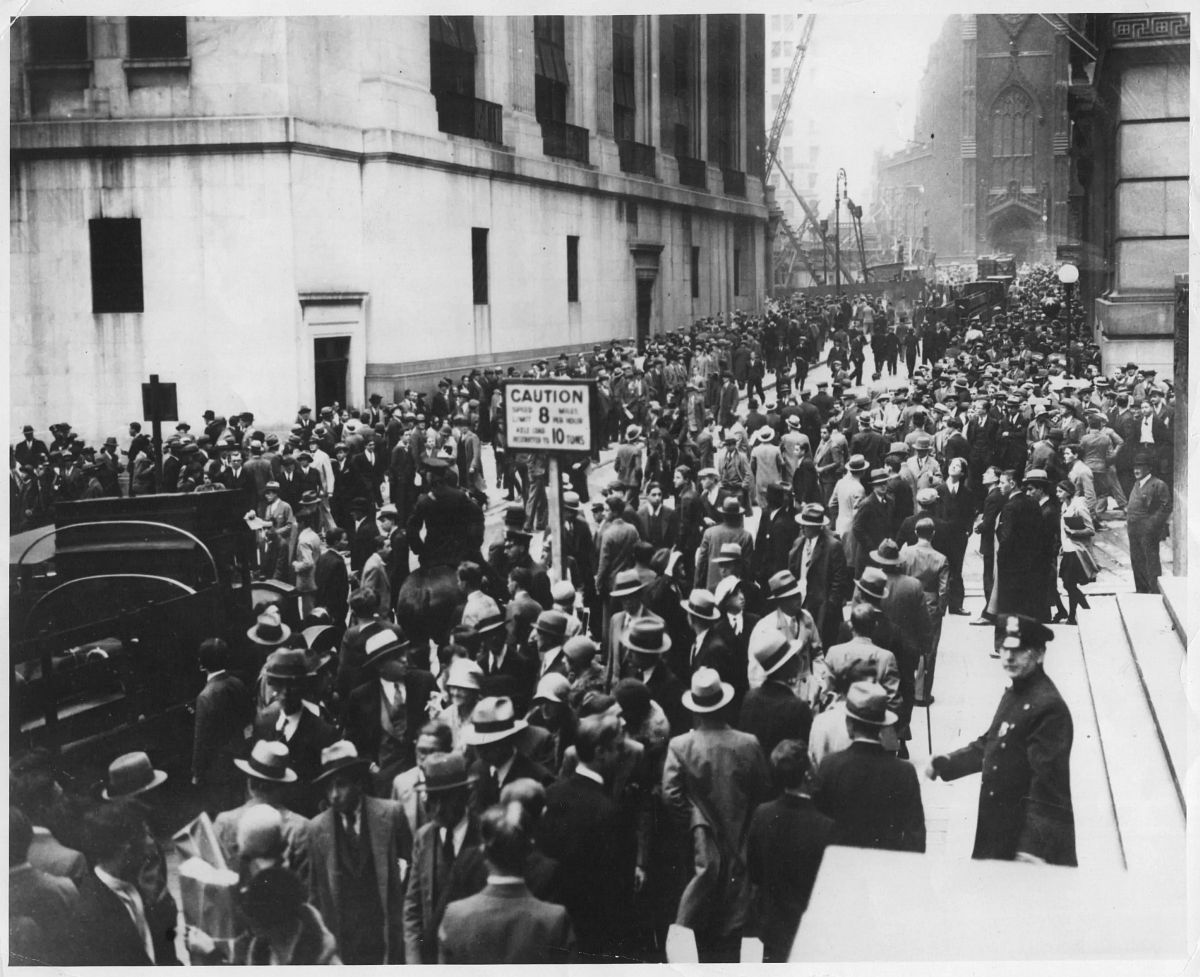 Wall Street in panic due to heavy trading. October, 1929 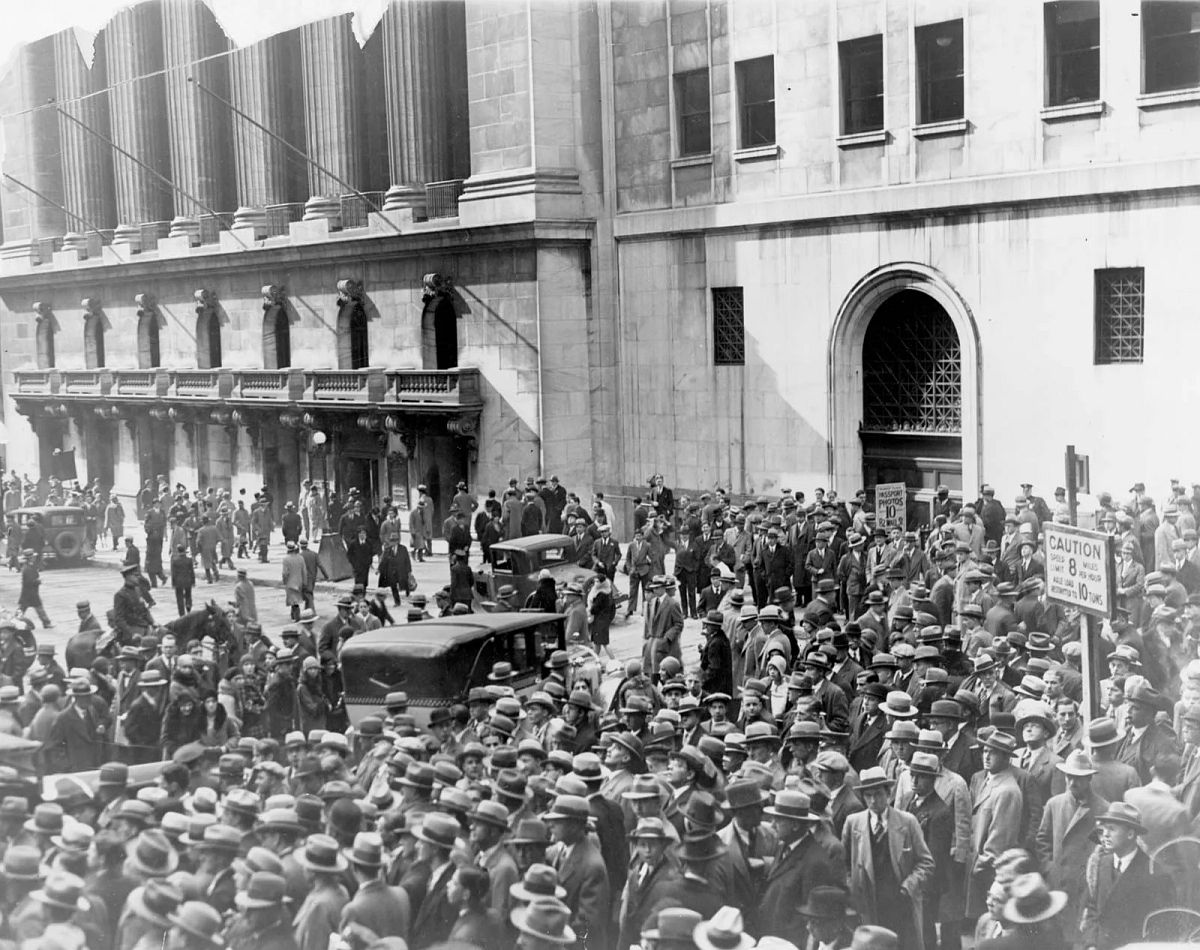 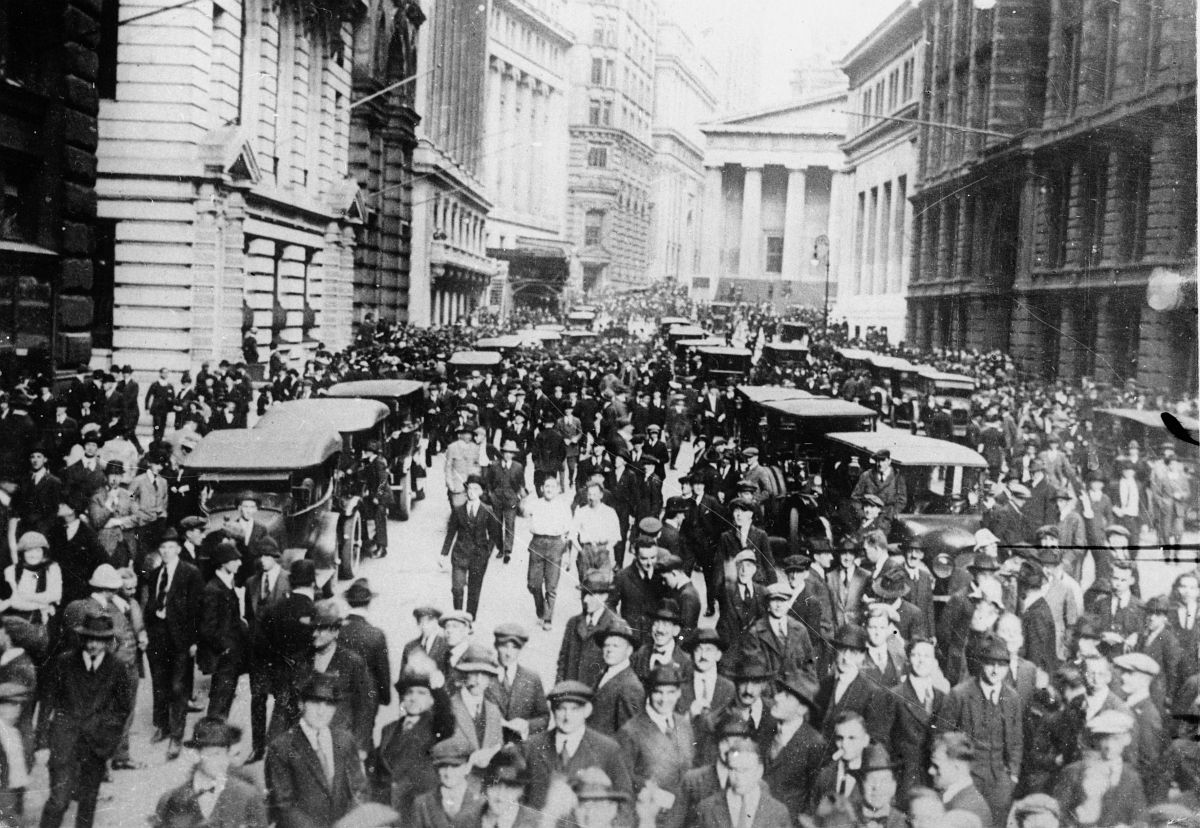 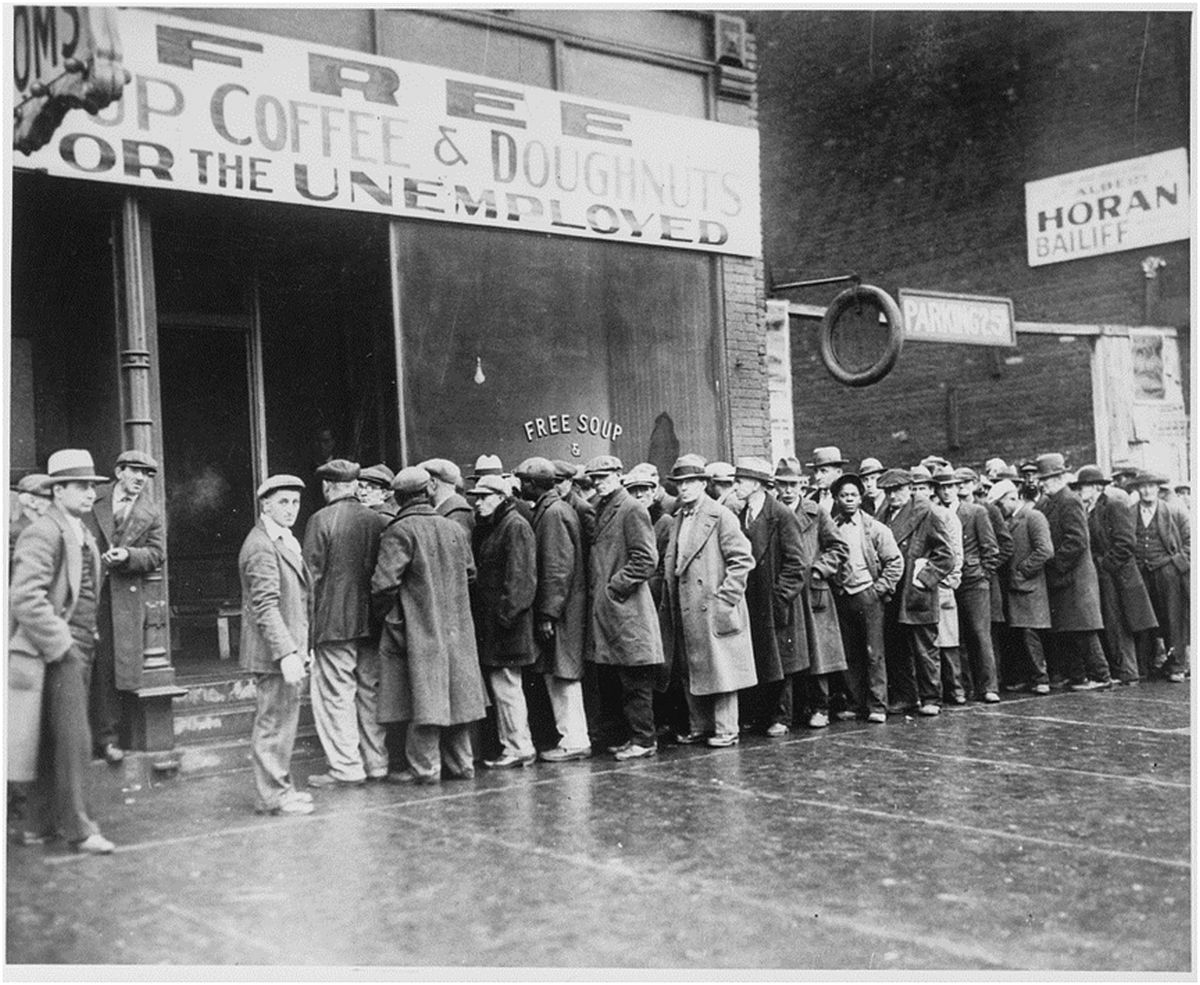 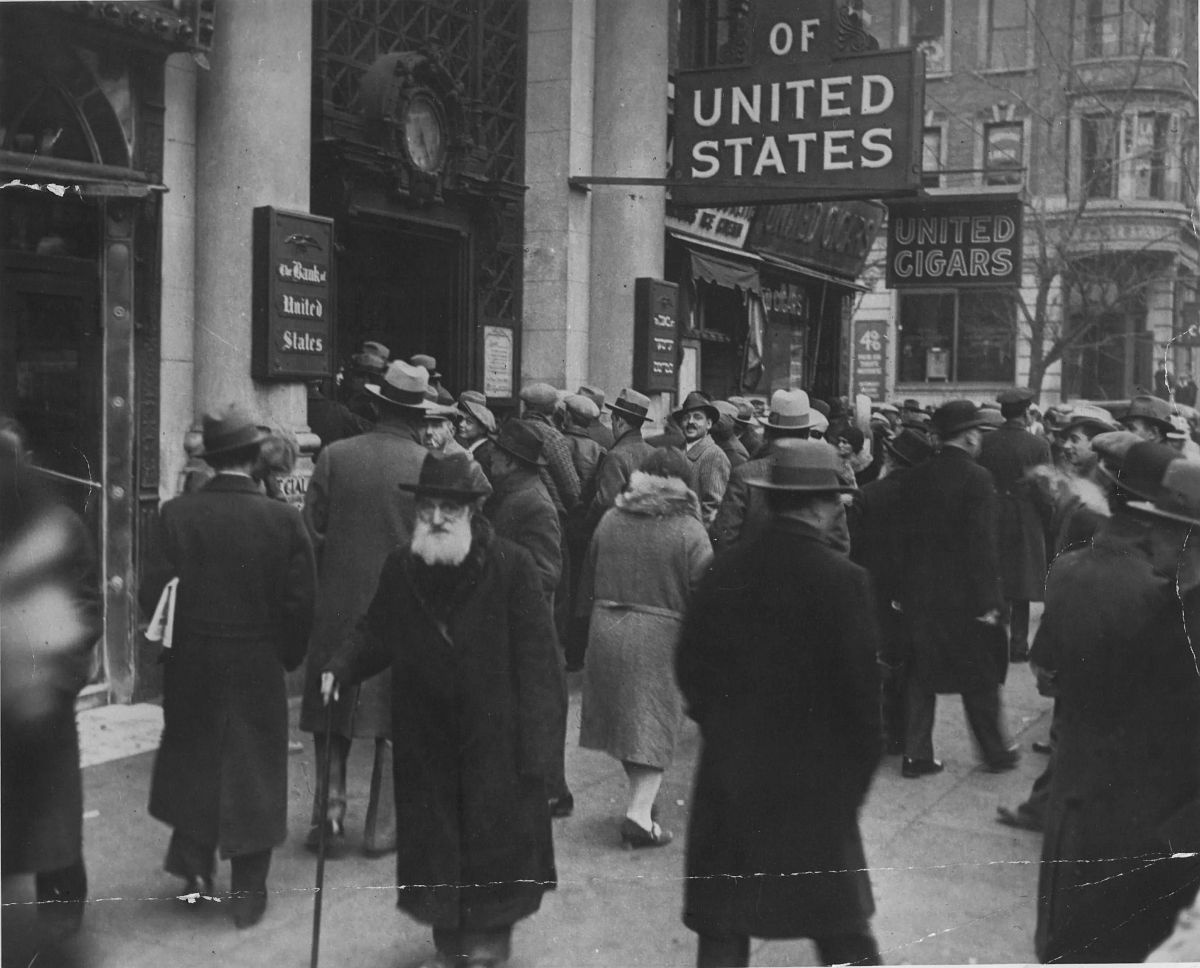 Crowd gathers in front of the doors of the Bank of the United States on Freeman Street, New York. April, 1931. 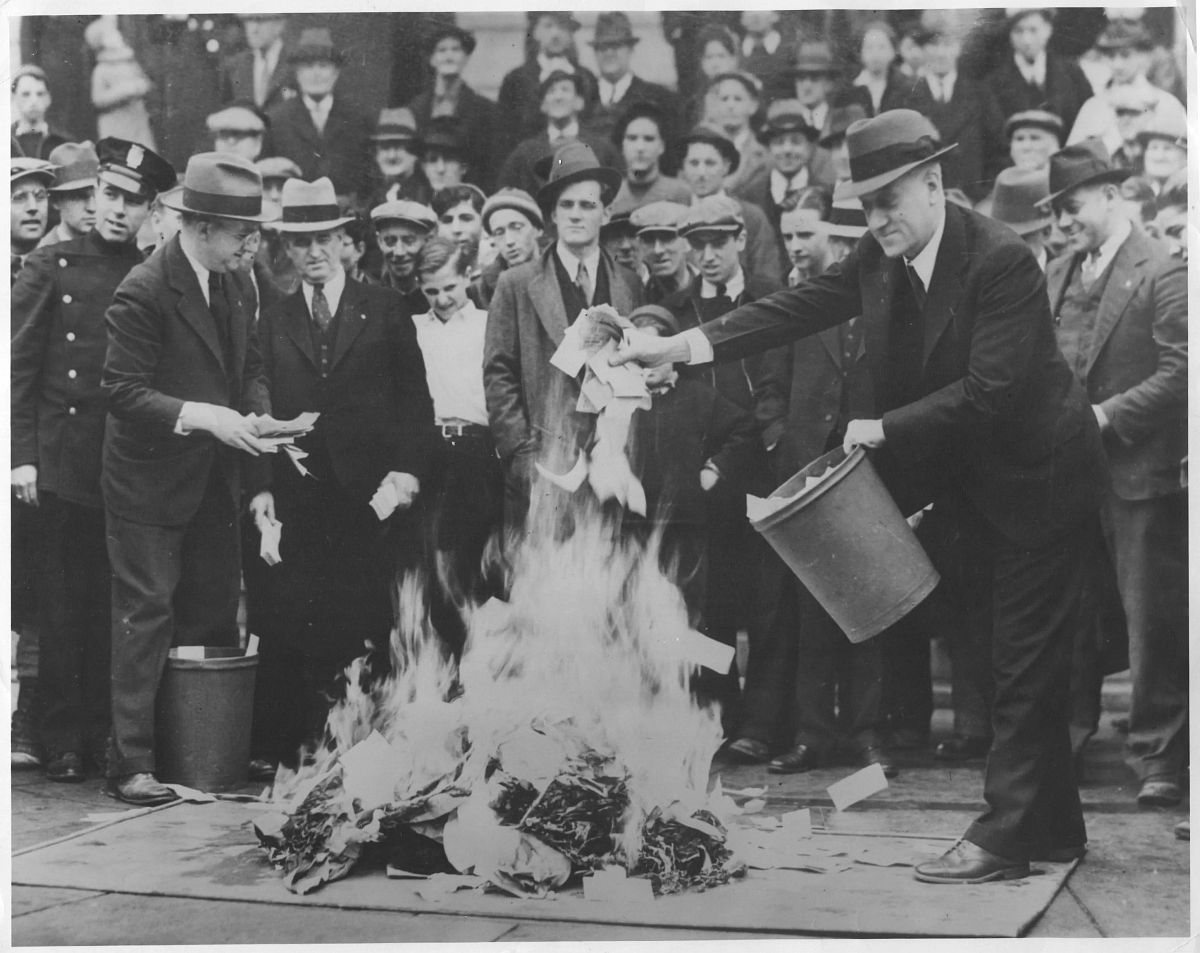 Crowds gather as hundreds of thousands of dollars in “Scrip Money” are burned. The notes were issued after the bank had closed. April, 1933 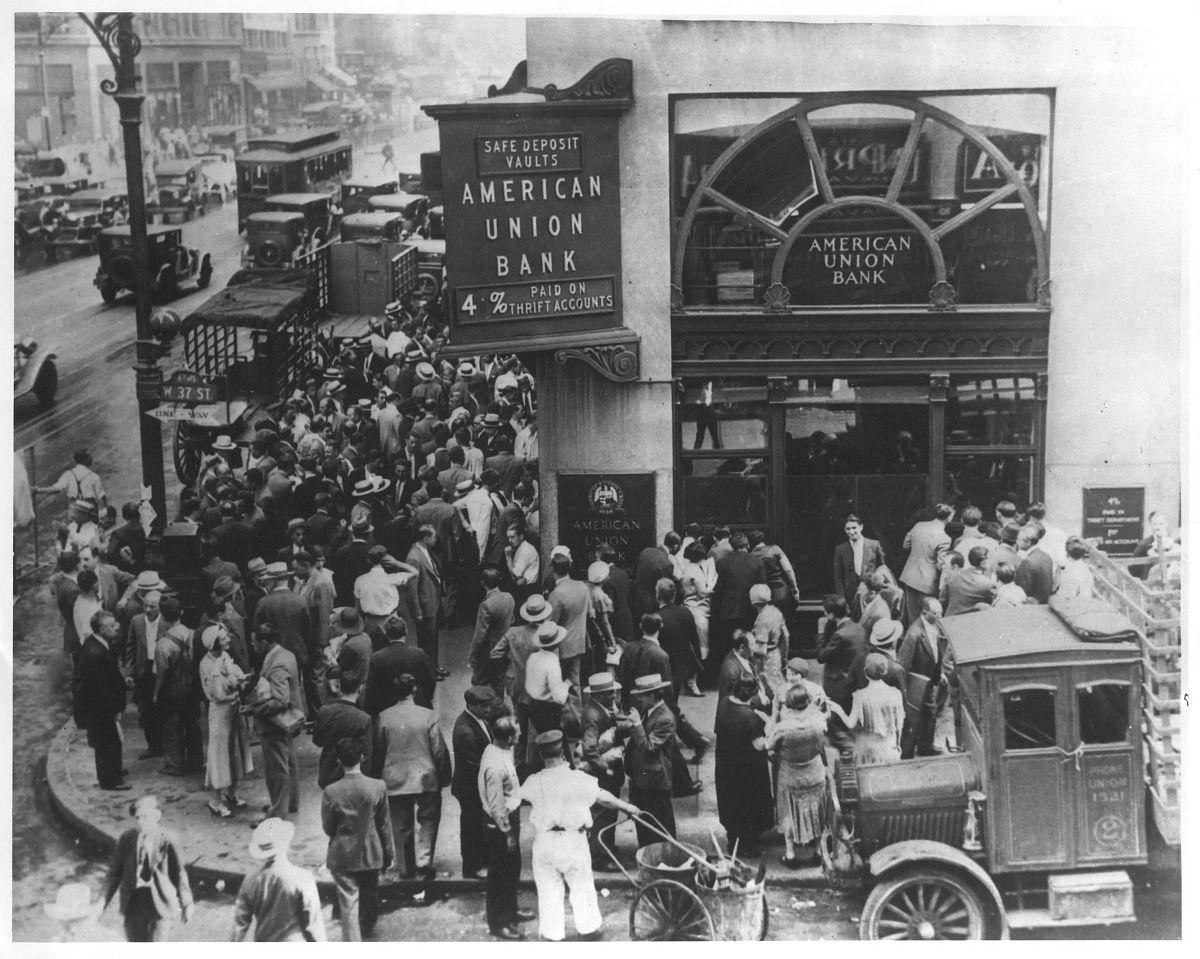