On the morning of Monday 24 April, about 1,200 members of the Irish Volunteers and Irish Citizen Army mustered at several locations in central Dublin. Among them were members of the all-female Cumann na mBan. Some wore Irish Volunteer and Citizen Army uniforms, while others wore civilian clothes with a yellow Irish Volunteer armband, military hats, and bandoliers. They were armed mostly with rifles (especially 1871 Mausers), but also with shotguns, revolvers, a few Mauser C96 semi-automatic pistols, and grenades. The number of Volunteers who mobilised was much smaller than expected. This was due to MacNeill’s countermanding order, and the fact that the new orders had been sent so soon beforehand. However, several hundred Volunteers joined the Rising after it began.

Shortly before midday, the rebels began to seize important sites in central Dublin. The rebels’ plan was to hold Dublin city centre. This was a large, oval-shaped area bounded by two canals: the Grand to the south and the Royal to the north, with the River Liffey running through the middle. On the southern and western edges of this district were five British Army barracks. Most of the rebel’s positions had been chosen to defend against counter-attacks from these barracks. The rebels took the positions with ease. Civilians were evacuated and policemen were ejected or taken prisoner. Windows and doors were barricaded, food and supplies were secured, and first aid posts were set up. Barricades were erected on the streets to hinder British Army movement. 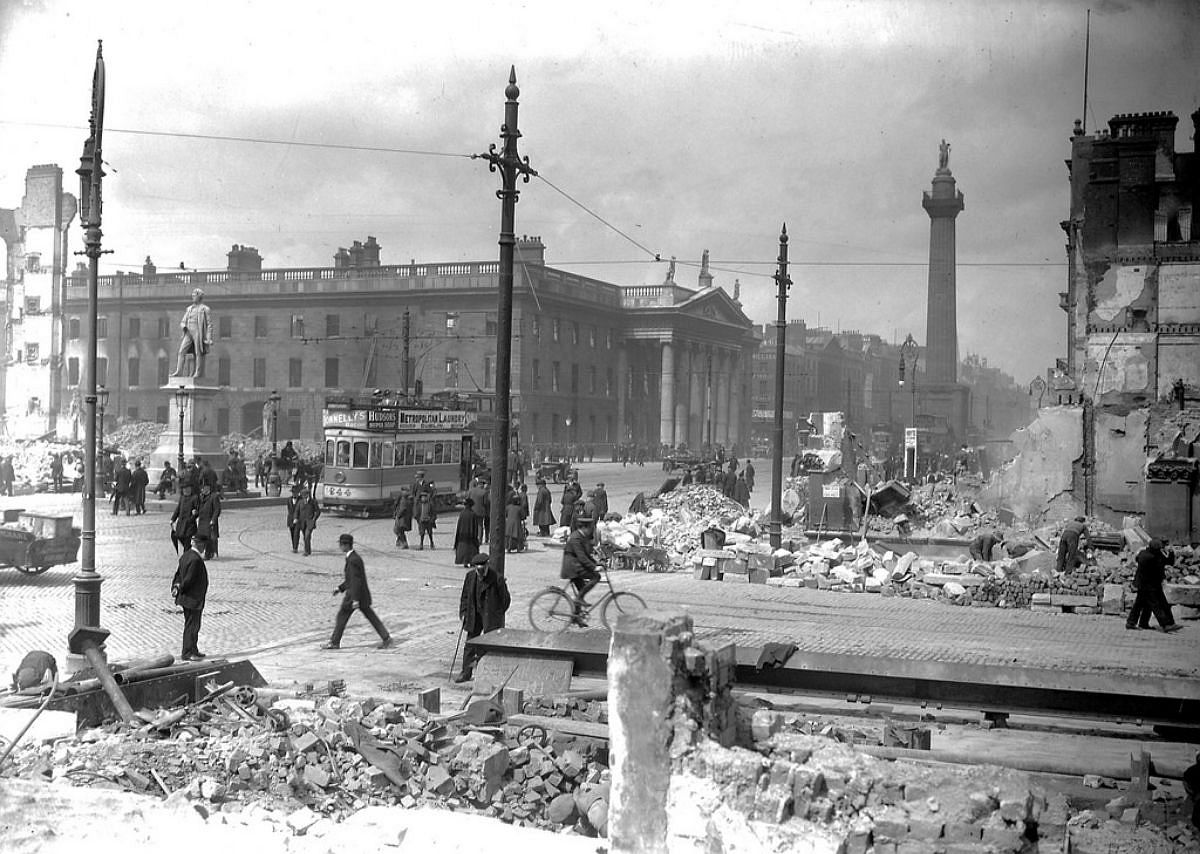 Abbey Street and Sackville Street (O’Connell Street) shelled, rubble remains. The tram passing by was numbered 244. The ads on the tram are for Donnelly’s Bacon, Hudson’s Super Soap and the Metropolitan Laundry. An ad for Bovil can just be made out on another tram. In the foreground, the bearded man (very nautical vibe) is considering a huge slab on the ground. 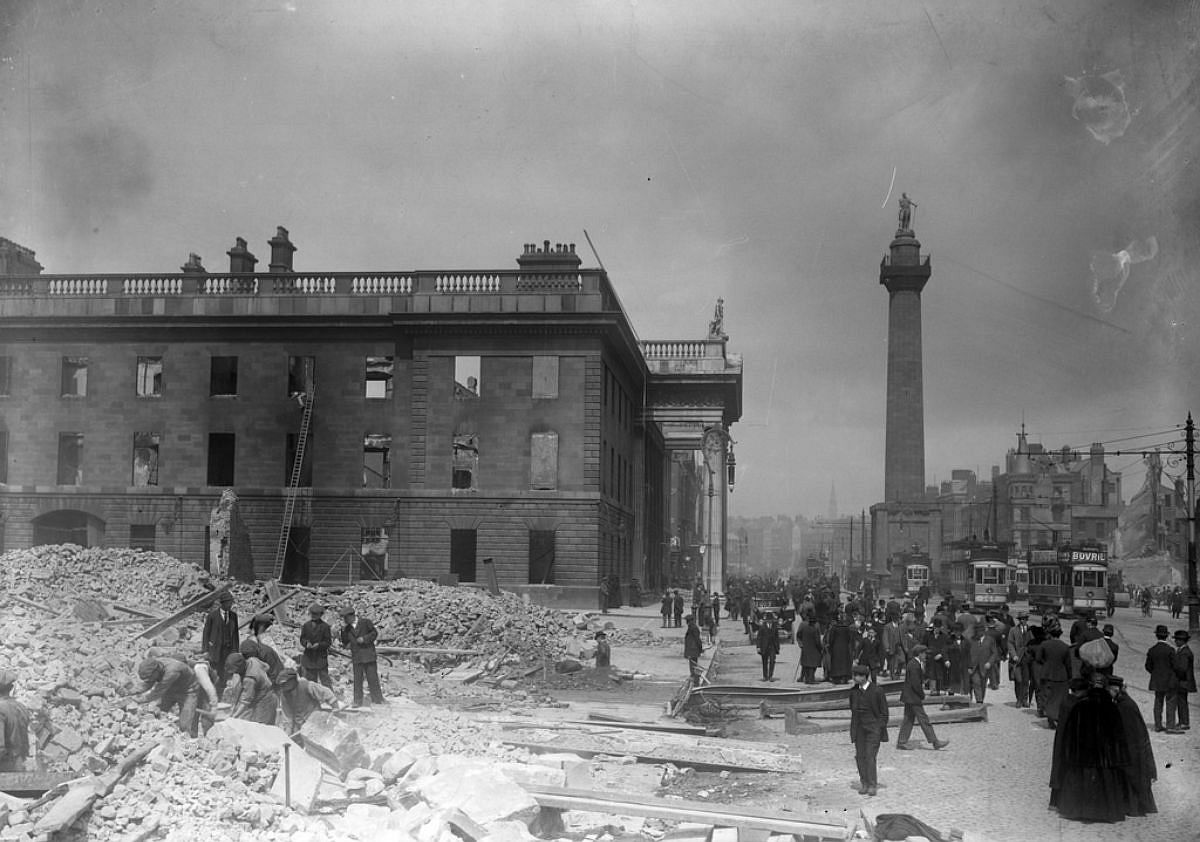 The shell of the G.P.O. on Sackville Street (later O’Connell Street), Dublin in the aftermath of the 1916 Rising. 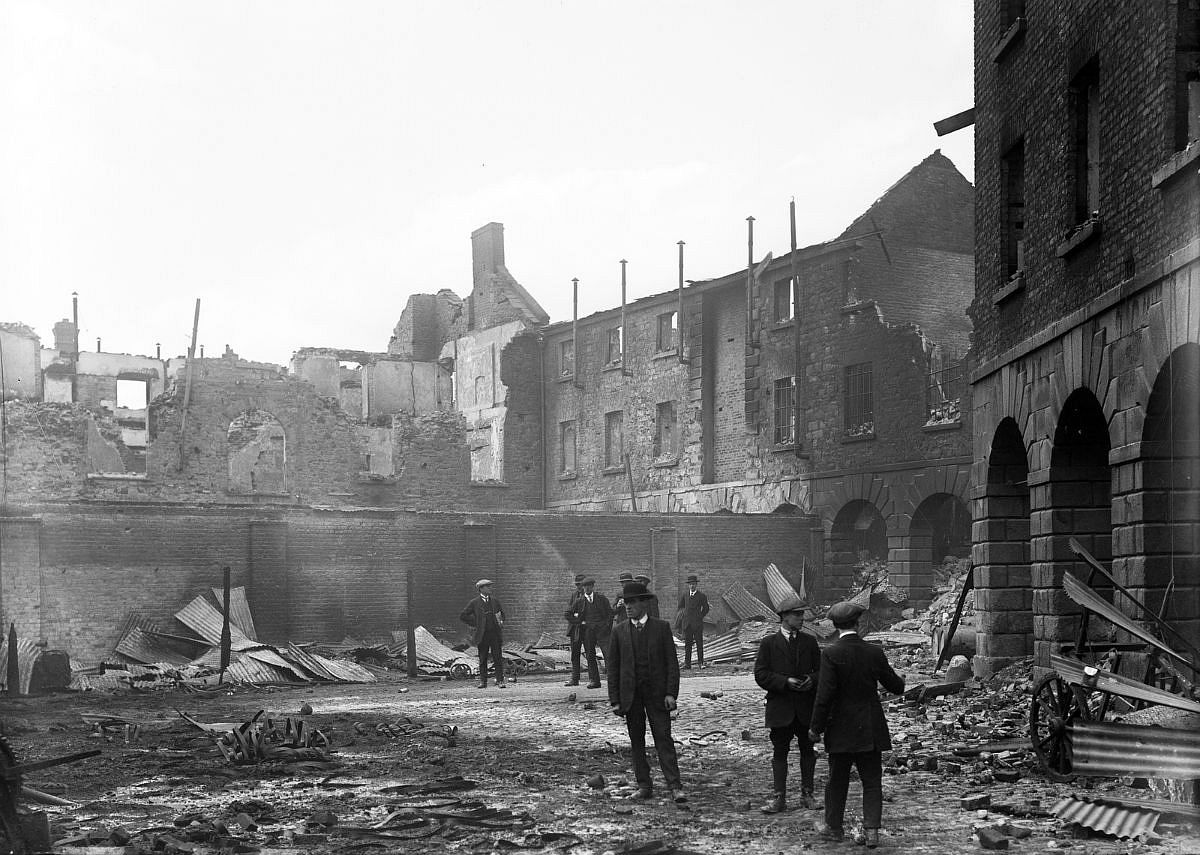 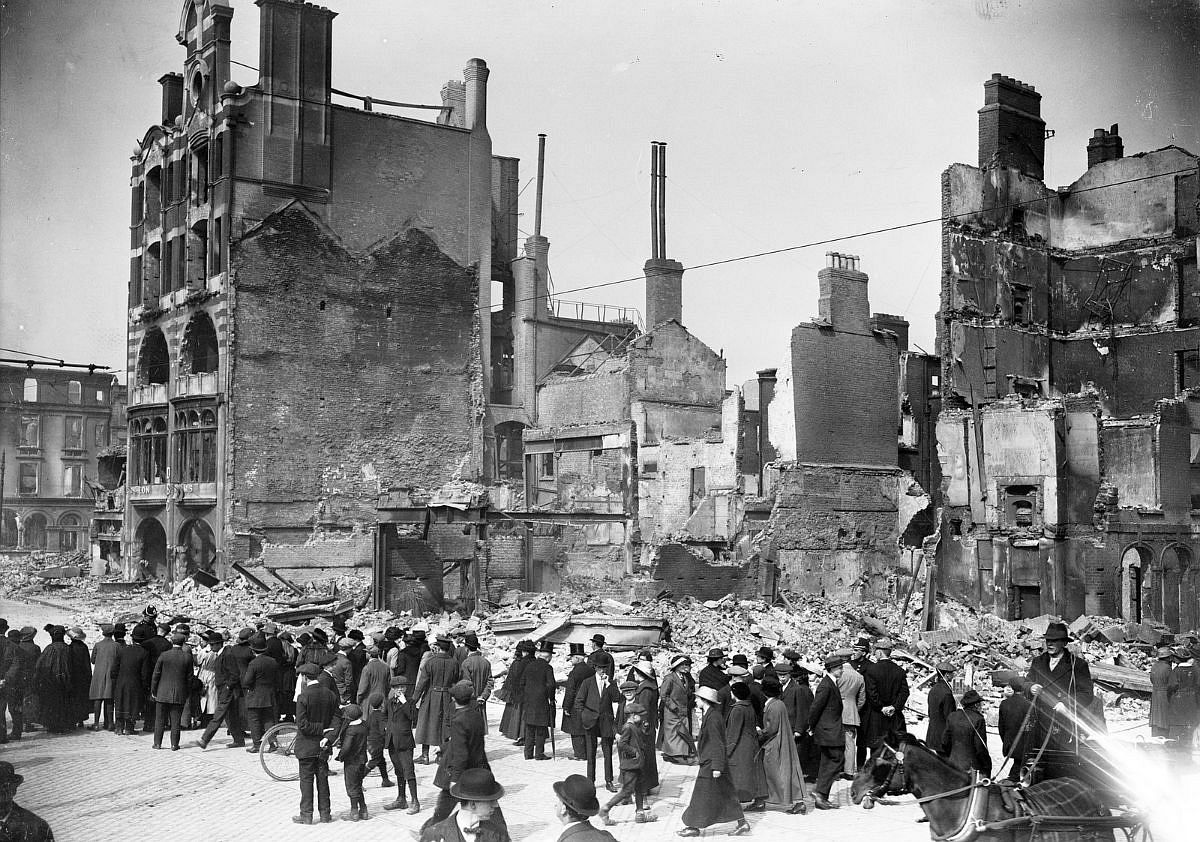 The remains of the Dublin Bread Company at 6-7 Lower Sackville Street (now O’Connell Street) after the Easter Rising in 1916. 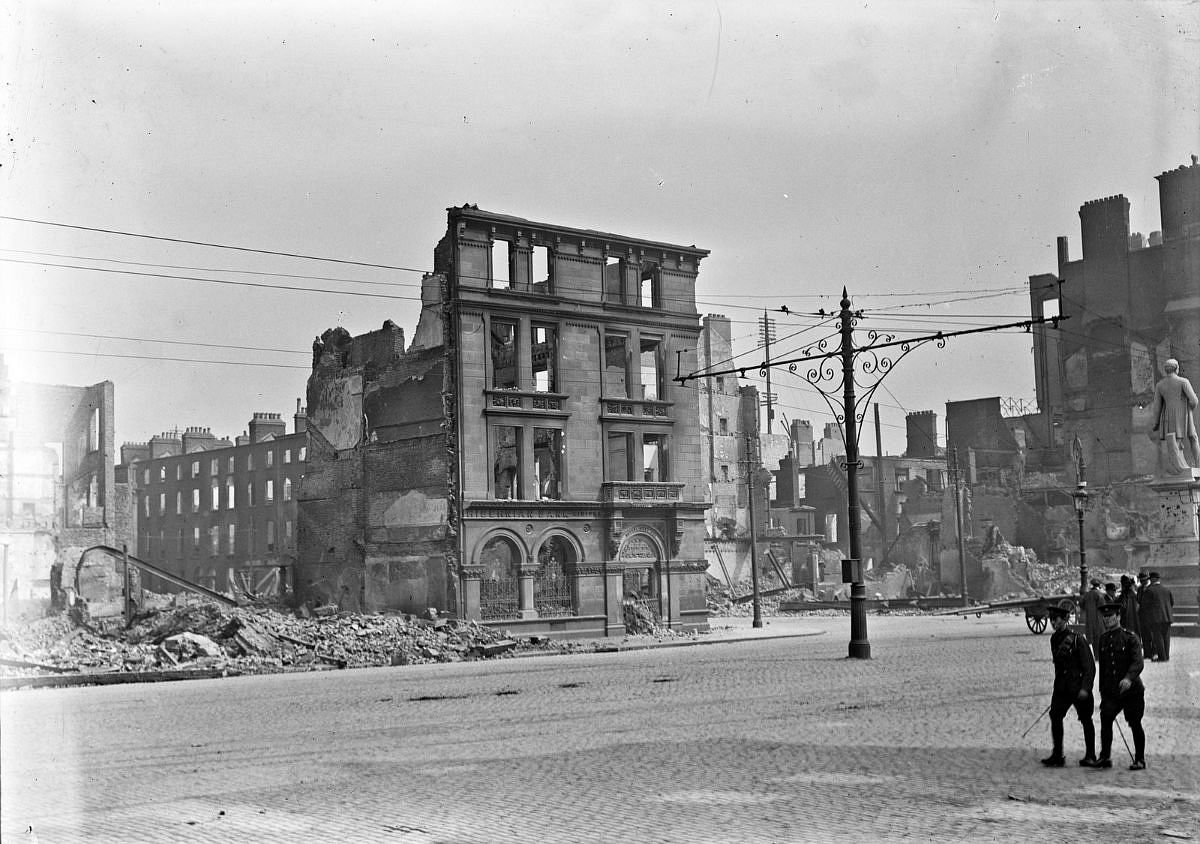 Abbey Street corner, Hibernian Bank shelled. The Hibernian Bank facade on the corner of Abbey St. and O’Connell street stands in the midst of the destruction wrought during the Rising!

via National Library of Ireland