Anastasia Photo is pleased to present Tomas van Houtryve’s first exhibition at the gallery. Blue Sky Days presents a visual record of the drone war through aerial imagery that elegantly weaves together documentary and fine art.
Starting in 2013, van Houtryve traveled across America to aerially photograph the kind of gatherings that have become habitual targets for drone strikes abroad — including weddings, funerals, and groups of people praying or exercising. He also flew his camera over settings where government surveillance drones have been used domestically.

In October 2012, a drone strike in northeast Pakistan killed a 67-year-old woman picking okra outside her home. At a U.S. Congressional hearing held in Washington in October 2013, the woman’s 13-year-old grandson, Zubair Rehman, spoke to a group of lawmakers. “I no longer love blue skies,” said Rehman, who was injured by shrapnel in the attack. “In fact, I now prefer gray skies. The drones do not fly when the skies are gray.”

“By creating these images, I aim to draw attention to the changing nature of personal privacy, surveillance, and contemporary warfare. Underpinning my work is a belief that human activity becomes increasingly absurd and dangerous when it loses empathy,” van Houtryve says. “As more drones fill the sky, we should consider how this technology will be used and experienced. Will the sight of drones overhead eventually seem as ordinary as an airplane or bird? Or will people start wishing for gray skies like Zubair Rehman?”

Tomas van Houtryve is an artist, photographer and author who engages critical contemporary issues around the world. His work interweaves metaphor and reportage, occupying the fertile intersection between art and pure documentary. Van Houtyryve’s portfolio explores Cuba’s Guantanamo Bay, the 2004 Maoist rebellion in Nepal, and seven years documenting life in the last countries where the Communist Party remains in power. He is the recipient of the 2015 International Center of Photography Infinity Award, honors from Picture of the Year, World Press Photo, the Photographic Museum of Humanity, the White House News Photographer’s Association, the Visa pour l’Image-Perpignan Young Photographer Award, and the Bayeux Prize for War Correspondents, among many others. His work has been exhibited and acquired by collections across three continents. The production of Blue Sky Days was supported with grants from the Pulitzer Center on Crisis Reporting, and was first published by Harper’s magazine as a 16-page spread, the largest photo essay in the magazine’s 166-year history. 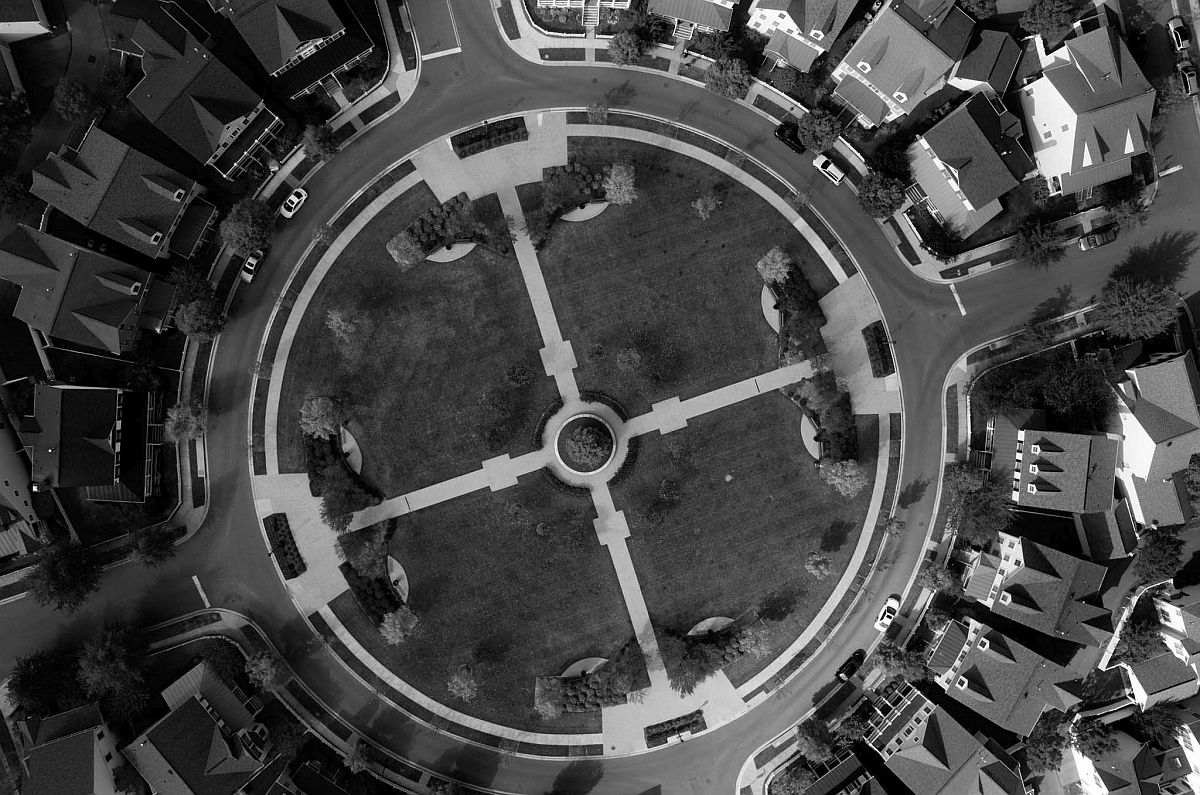 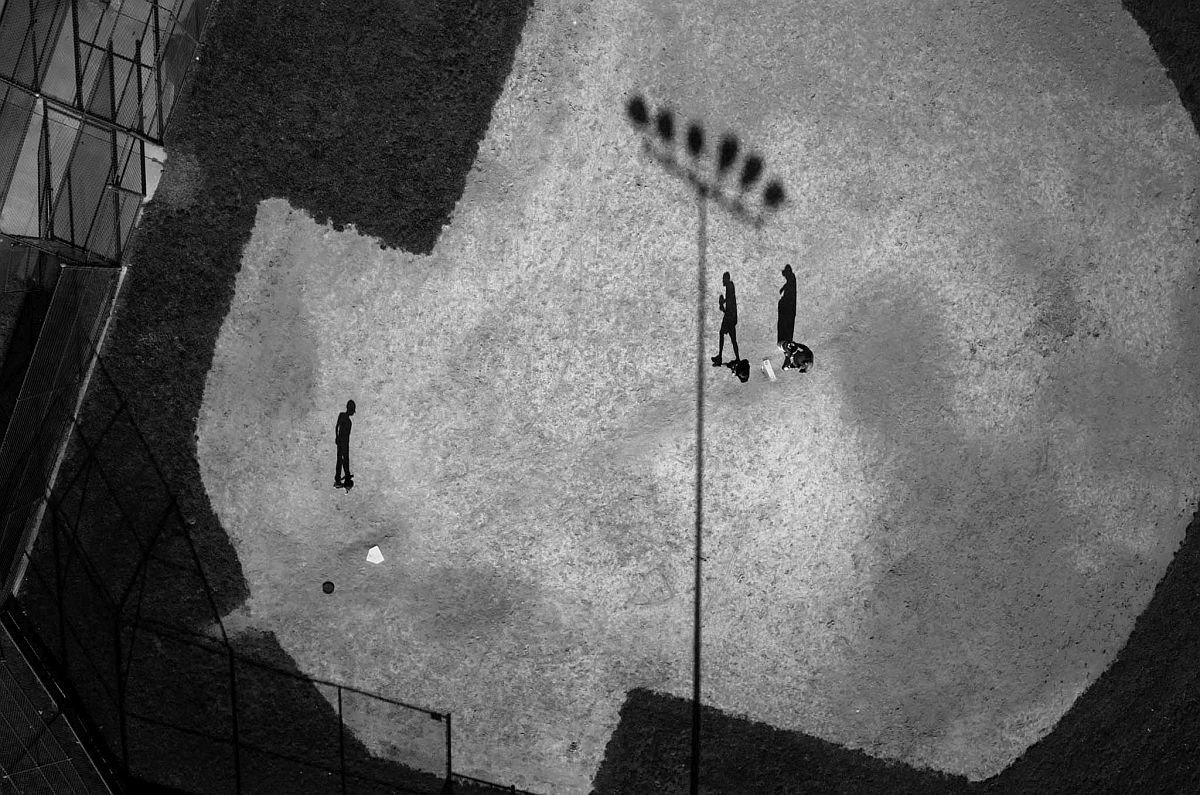 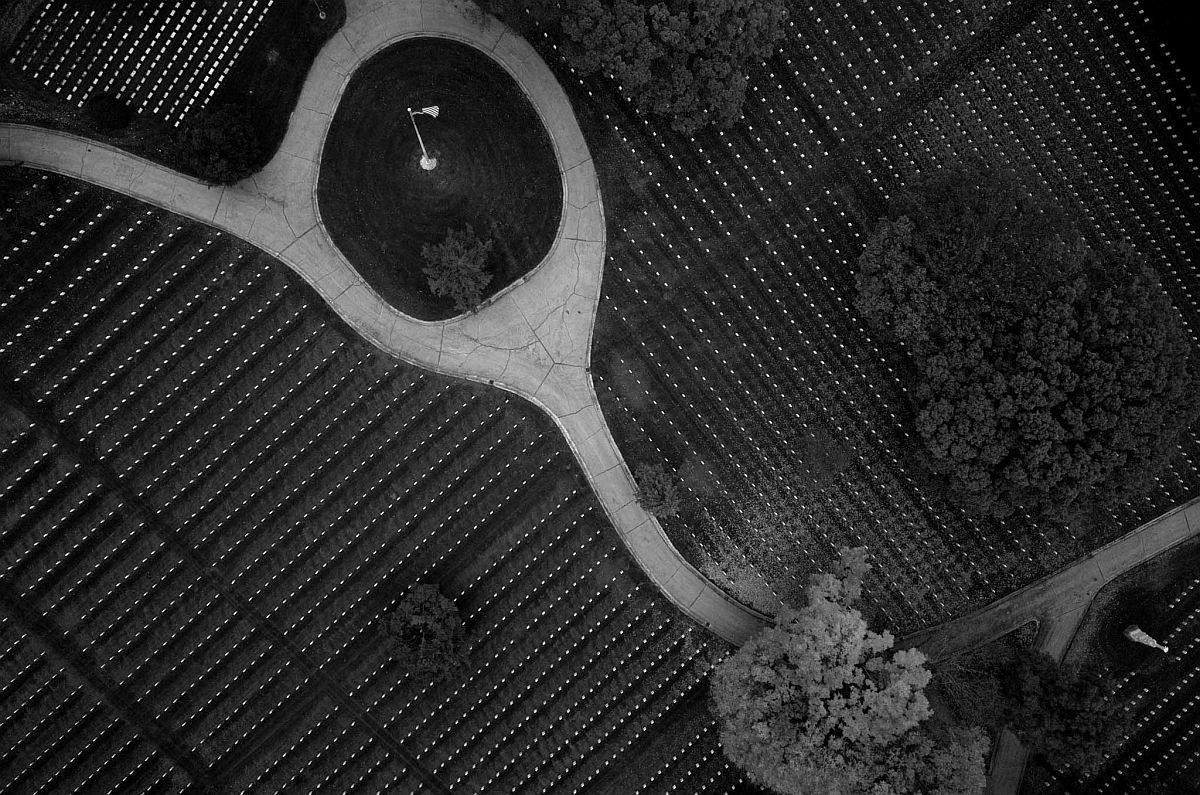 A national war cemetery is seen from above in Philadelphia. In the nearby suburbs, the Horsham Air Guard Base is a drone command center for foreign strikes and surveillance. Tomas van Houtryve 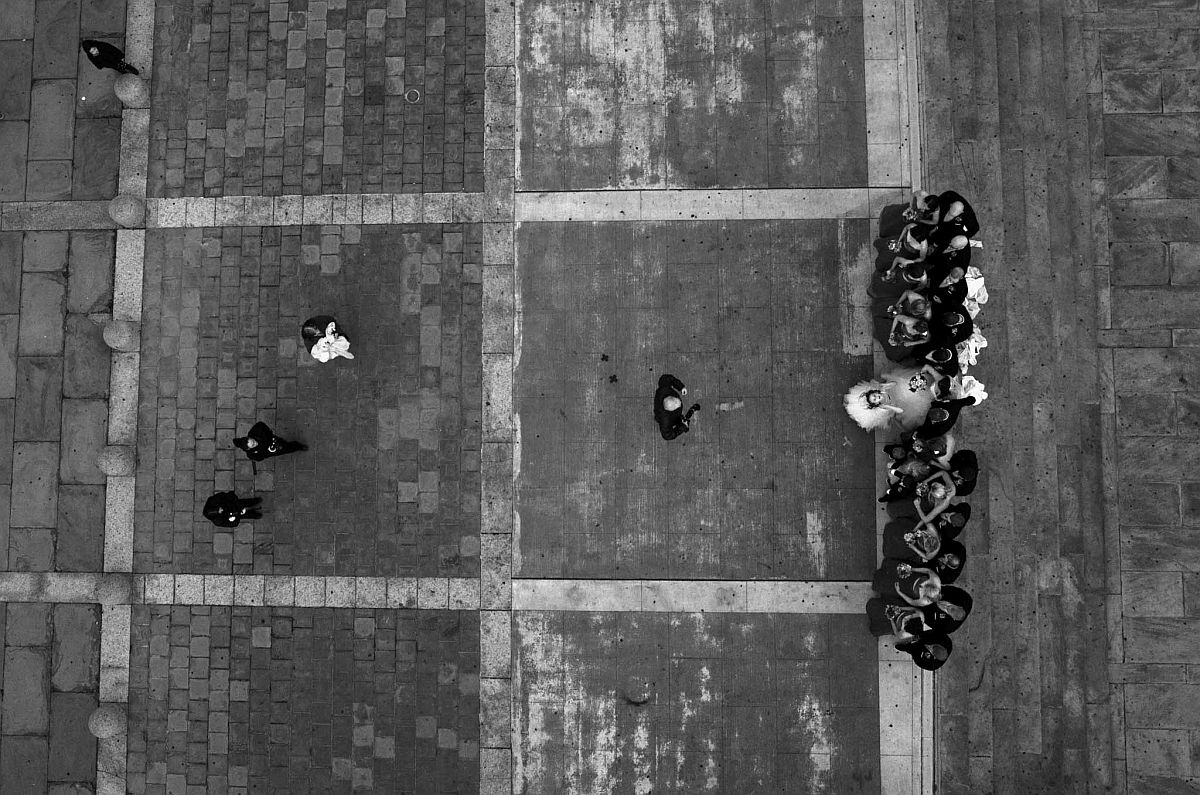 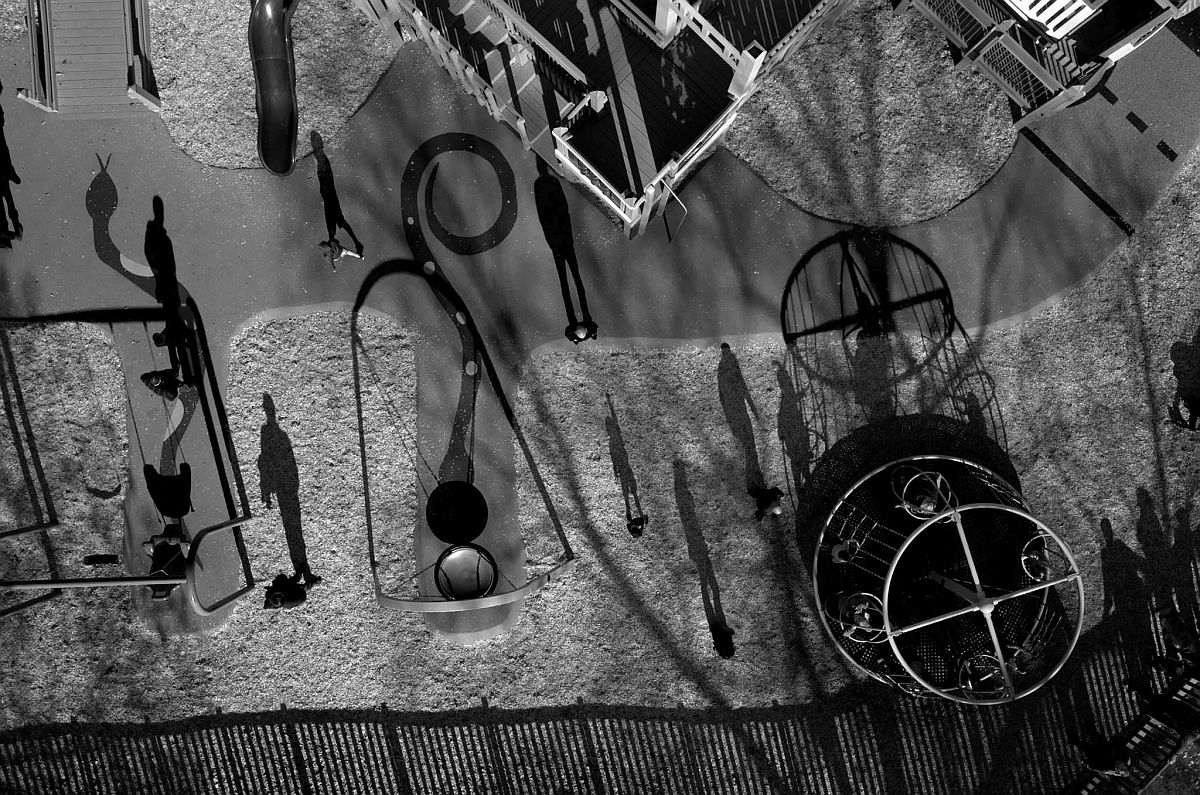 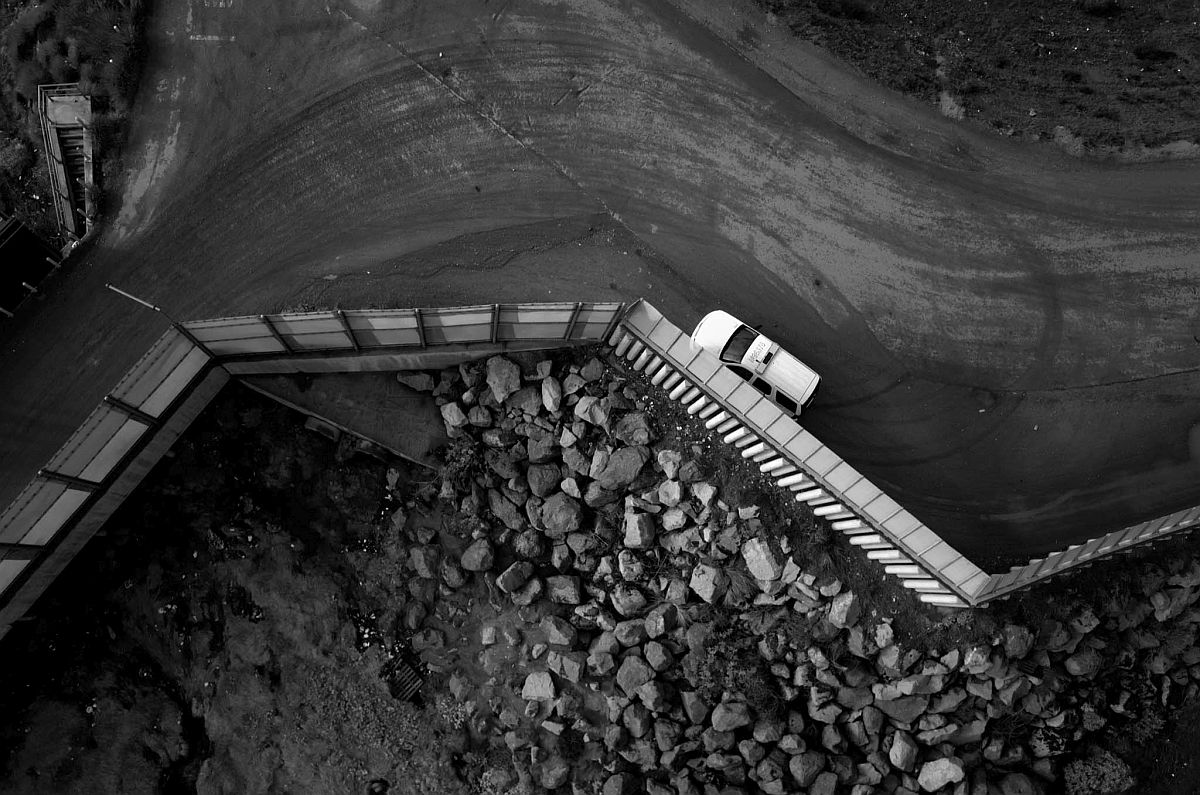 A U.S. Border Patrol vehicle in San Diego County, California. U.S. Customs and Border Protection has been using Predator drones since 2005. A Freedom of Information Act lawsuit filed in 2012 revealed that the Customs and Border Protection lent its fleet of drones to other government entities—including the DEA, the FBI, the Texas Rangers, and local sheriff’s departments—nearly 700 times between 2010 and 2012. Tomas van Houtryve 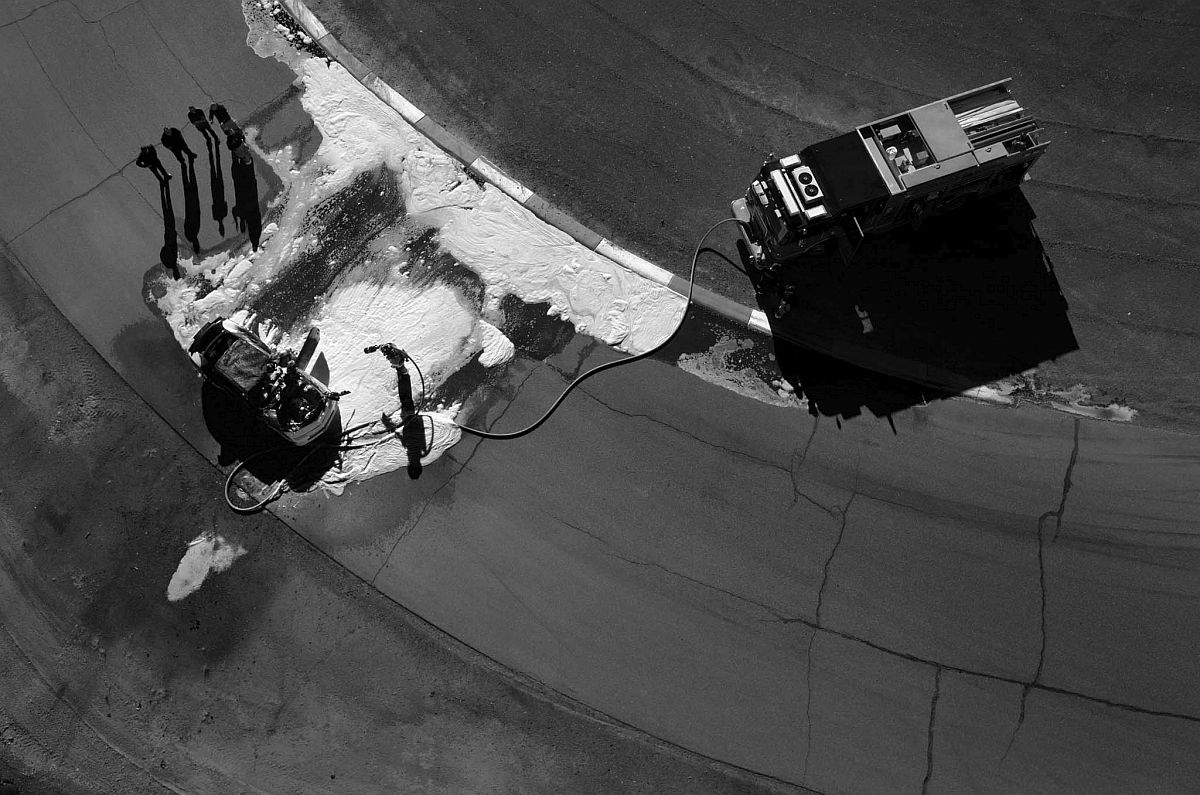 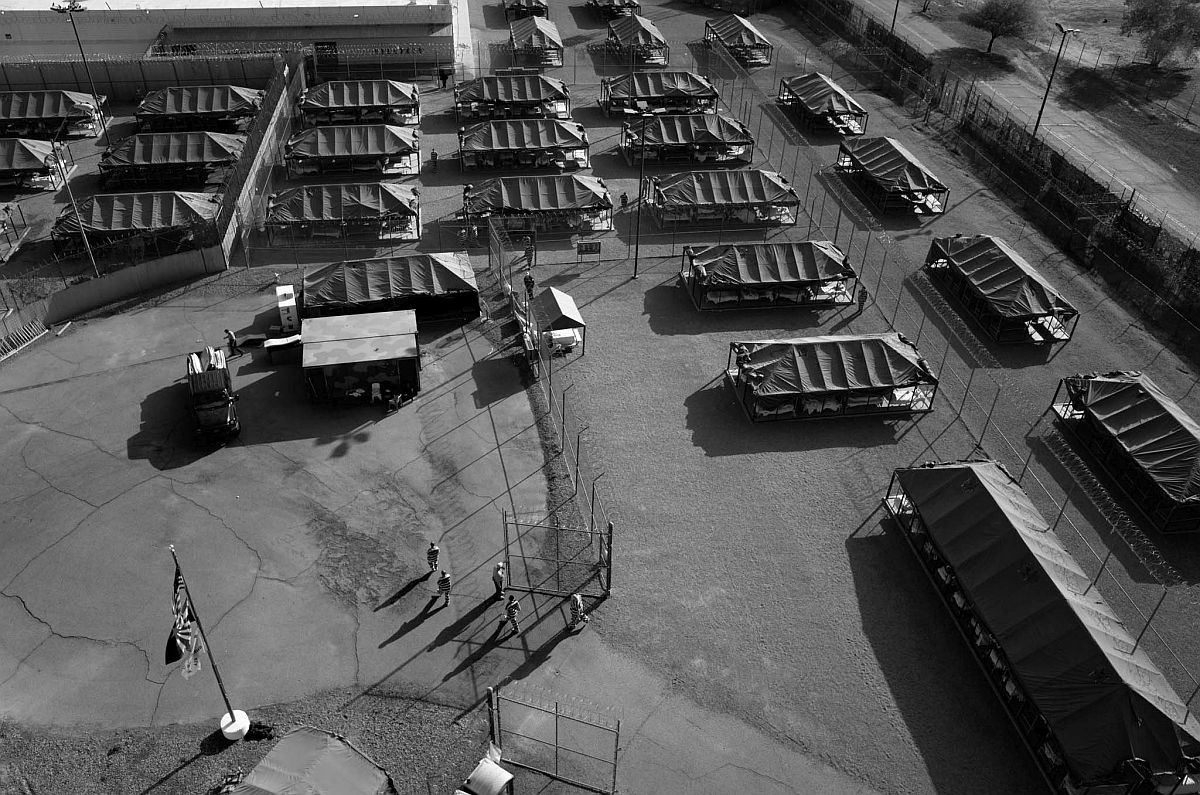 “Tent City” jail in Maricopa County, Arizona. Sheriff Joe Arpaio announced in 2013 that he planned to purchase two surveillance drones for the facility, which is already outfitted with perimeter stun fences, four watchtowers, and a facial-recognition system. Tomas van Houtryve