In the 1960s the release of the new car models of the next year was a big event in America that received extensive media attention. For their November Issue, Harper’s Bazaar granted Lee Friedlander (US, 1934), fairly unknown at that time and clueless about cars, complete freedom for the coverage of the soon-to-be unveiled cars of 1964. But instead of putting the brand new, shiny automobiles in the spotlight, Friedlander turned in surrealistic photographs displaying them in unglamorous locations like parking lots, gas stations and front gardens. The cars are often only seen indirectly in reflections in window shops or are partly hidden behind garden furniture, a pile of car tires, or by the silhouette of Friedlander himself on the foreground.

Not receiving the anticipated glamour, Friedlander’s pictures were rejected by Harper’s Bazaar, after which they disappeared into oblivion in his storage space. Nowadays it’s clear that these photographs are a valuable, early illustration of Friedlander’s inventive way of framing and composing an image that would bring him fame in his later career.

Friedlander didn’t consider a photograph as a realistic representation of the world, but as a puzzle of parts of the reality. By means of unconventional viewpoints, obstructions and reflections he created complex compositions with different layers that added additional meaning to the scenes he shot. In a picture of a Mercury Marauder taken in Detroit, Friedlander uses the frame of a phone booth to cut the image in pieces, adding an element of abstraction. Other typical assemblages are confusing as much as they are humoristic. Like the confrontation of a Continental car, materialisation of the American dream at the time, with a sign of a cook serving ribs in a local fast food restaurant.

This interest in ordinary American identifiers forms the core of Friedlanders’ oeuvre. He was, along with Diane Arbus (1923, US – 26.07.1971, US) and Garry Winogrand (1928, US – 19.03.1984, Mexico), part of a new generation American documentary photographers, who shifted their attention from moralising naturalistic and humanistic photography to picturing the big cultural and social changes that transformed the modern American society. Inspired by photographers like Walker Evans (US, 1903 – 10.04.1975) and Robert Frank (Switzerland, 1924), Friedlander spent his lifetime documenting what he calls ‘The American Social Landscape’. This let him to a wide range of subjects that cover nearly every facet of modern American life, ranging from street scenes, landscapes and monuments to studies of people at work, domestic interiors and family life. A project complementary with ‘The New Cars, 1964’ is ‘America by car’ (2010), a series of images Friedlander took during road trips through America, all shot from the inside of a rental car.

The series ‘The New Cars 1964’ and ‘America by car’ have previously been shown in the Princeton University Art Museum in New Jersey, the Whitney Museum of American Art in New York, the FOAM in Amsterdam and the Moscow House of Photography. Work of Friedlander has been featured in group and solo exhibitions, among others in the San Francisco Museum of Modern Art, the Jeu de Paume in Paris and the Deichtorhallen in Hamburg.
Friedlander’s photographs are included in important museum collections, such as the Art Institute of Chicago, the Victoria and Albert Museum in London and the Cartier Foundation in Paris.
Friedlander has received two Guggenheim Memorial Foundation Fellowships, a Hasselblad Award and a Lifetime Achievement Award from The International Center of Photography of New York. In 2005 the Museum of Modern Art in New York organised a major traveling retrospective of Friedlander’s oeuvre, illustrating the volume and influential importance of his legacy. 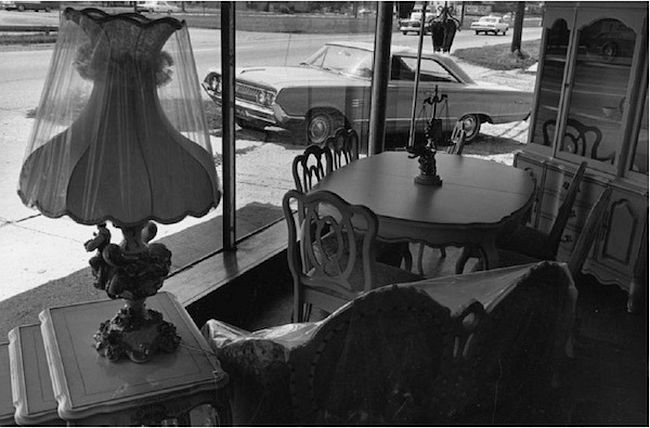 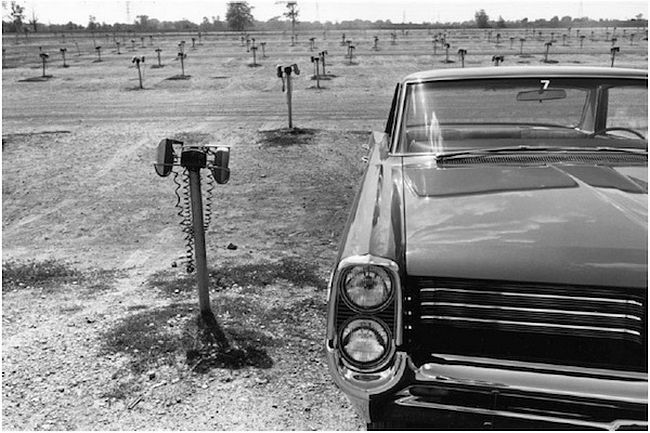 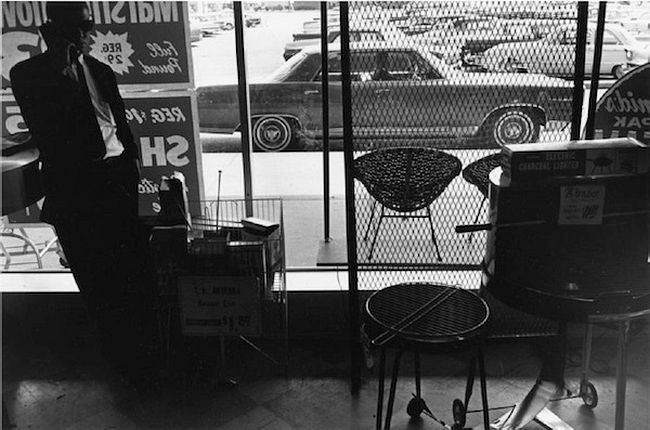 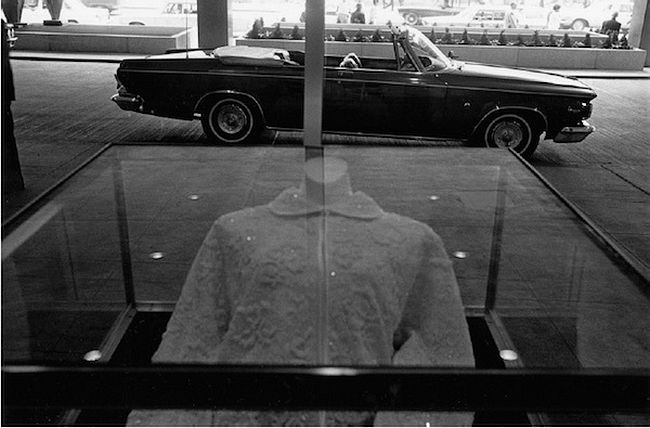 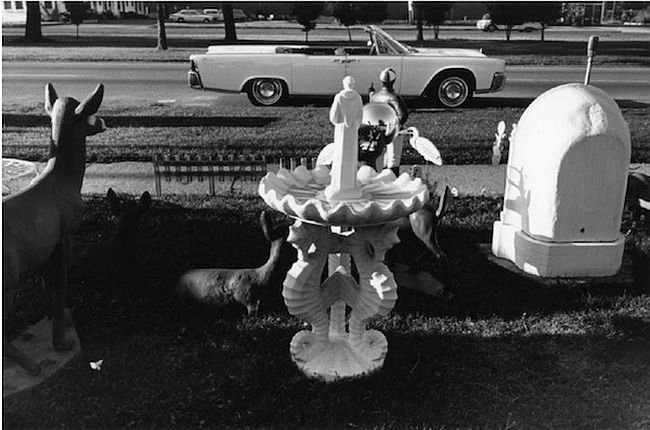