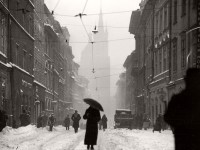 20 July 2015 0
The History of interwar Poland comprises the period from the re-recreation of the independent Polish state in 1918, until the joint Invasion of Poland by Nazi Germany and the Soviet Union in 1939 at the onset of World War II. The two decades of Poland’s sovereignty between the world wars are known as the Interbellum.