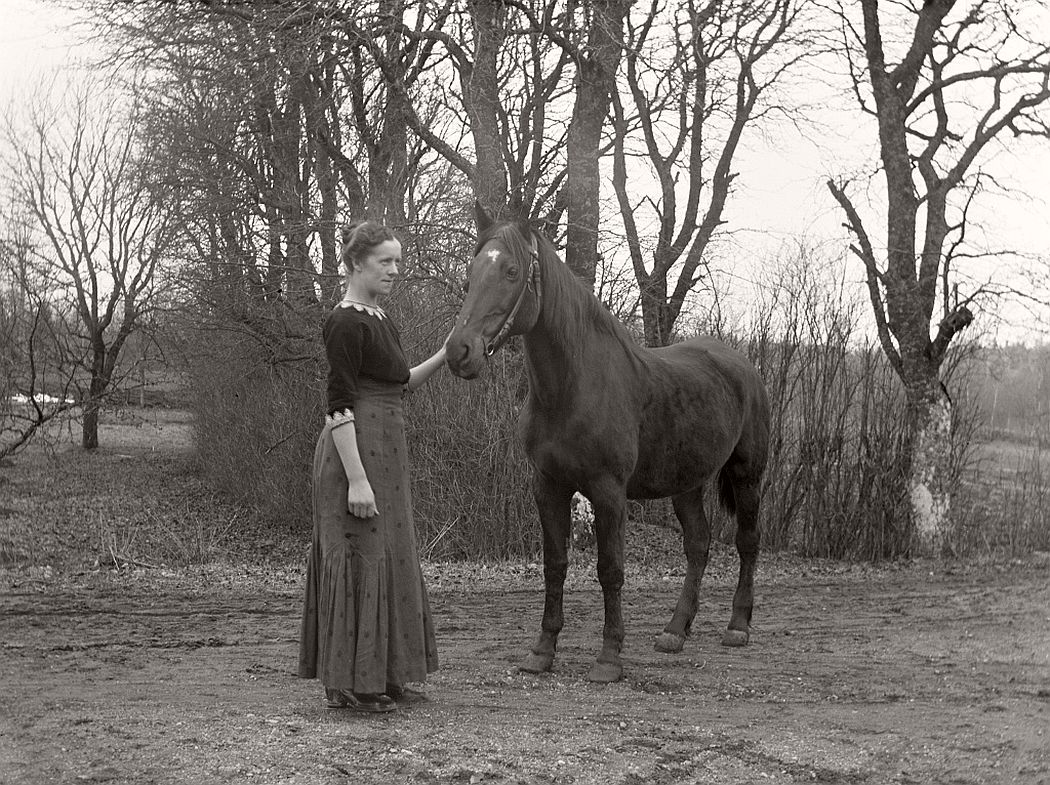 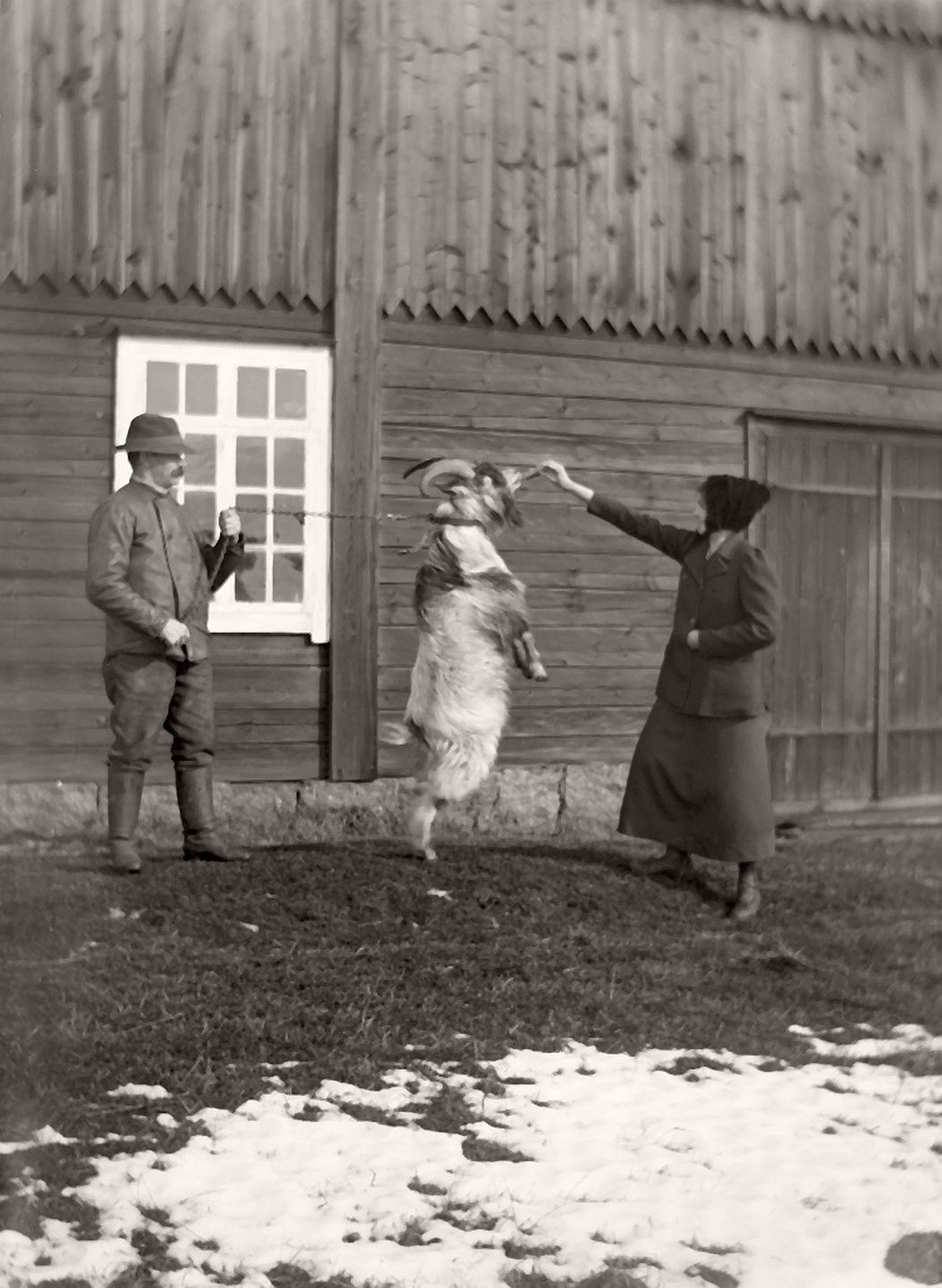 Goat standing on its hind legs. 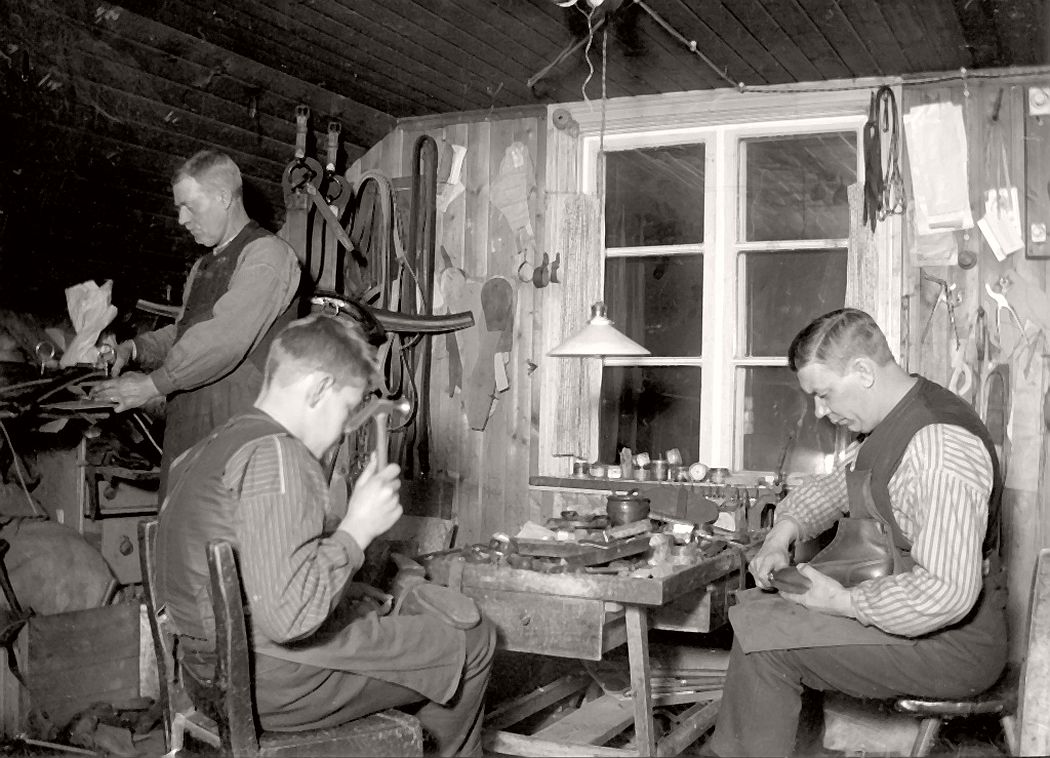 Photo, from about 1915-20, was taken in the property Sanna Frinnaryds station community. There, Anders Johan Satisfaction (b. 1862, left in the photo) started a shoemaking around 1900. Pictured on the right is son Ernst Satisfaction (b. 1890), who was also a shoemaker. 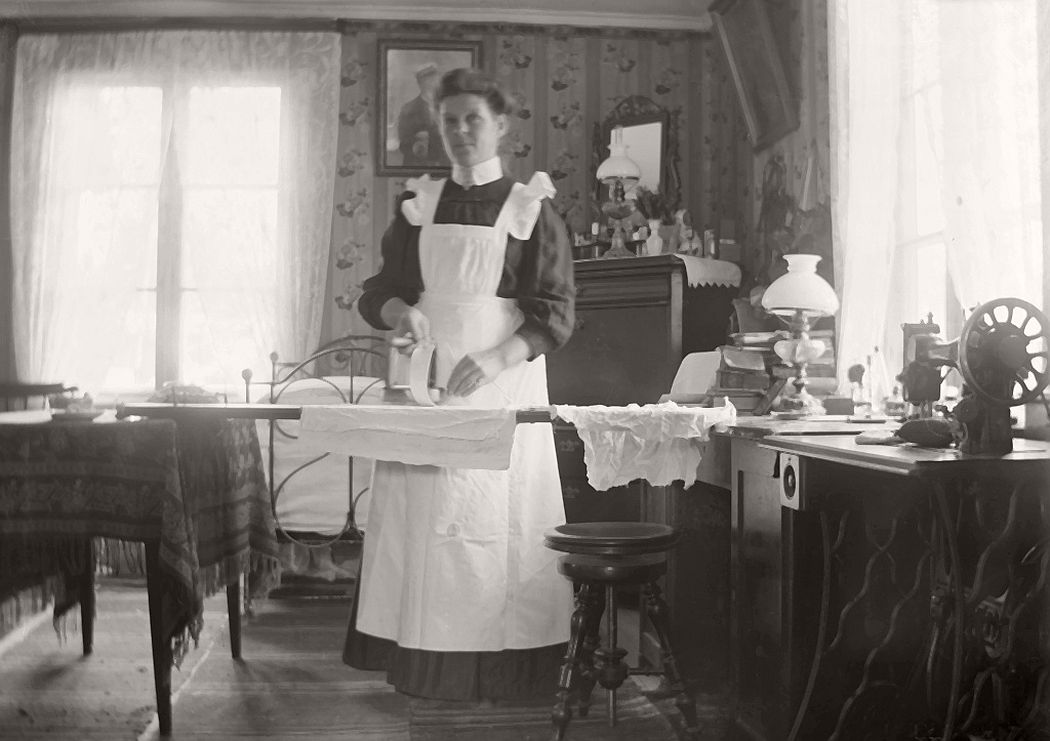 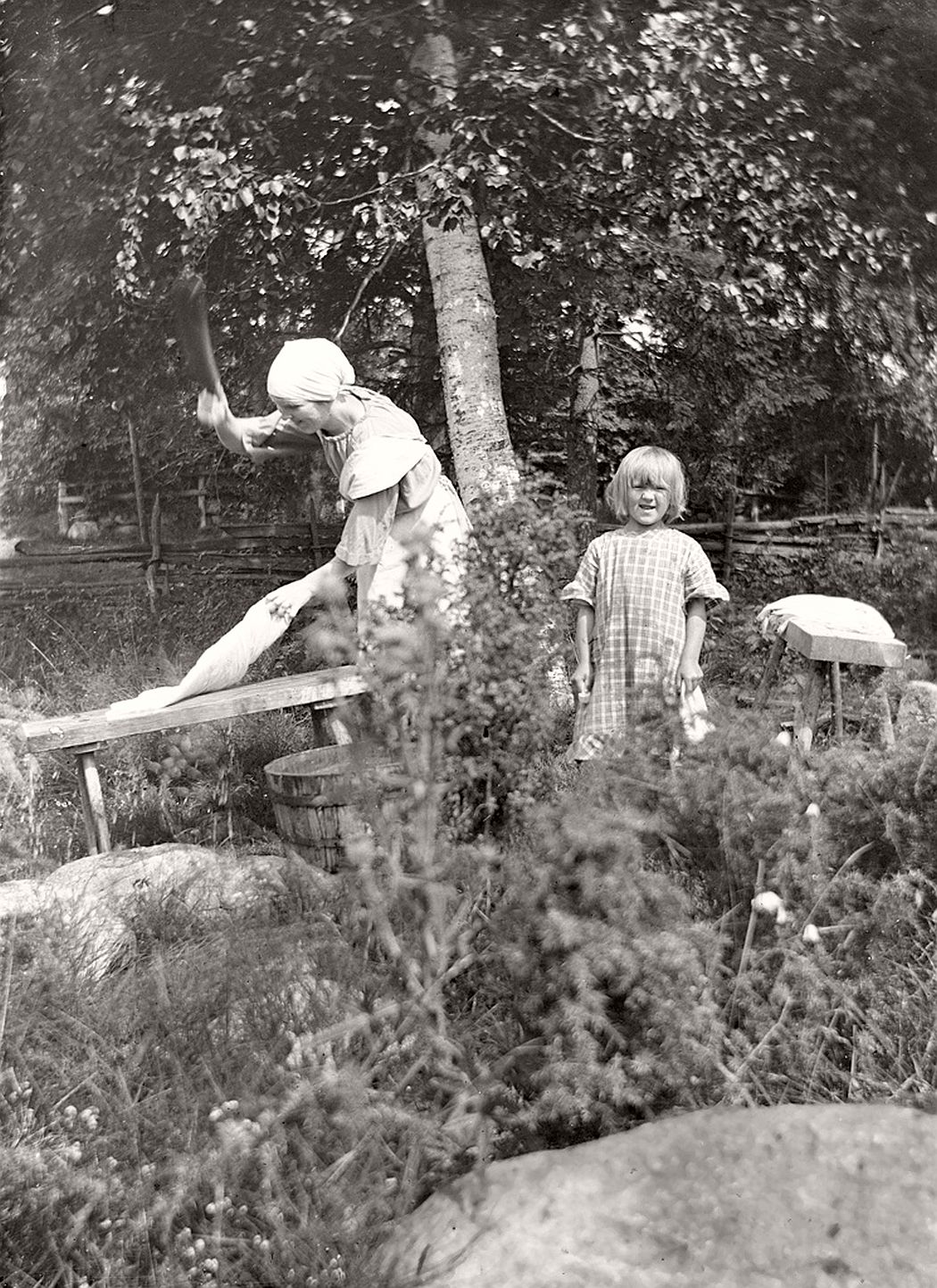 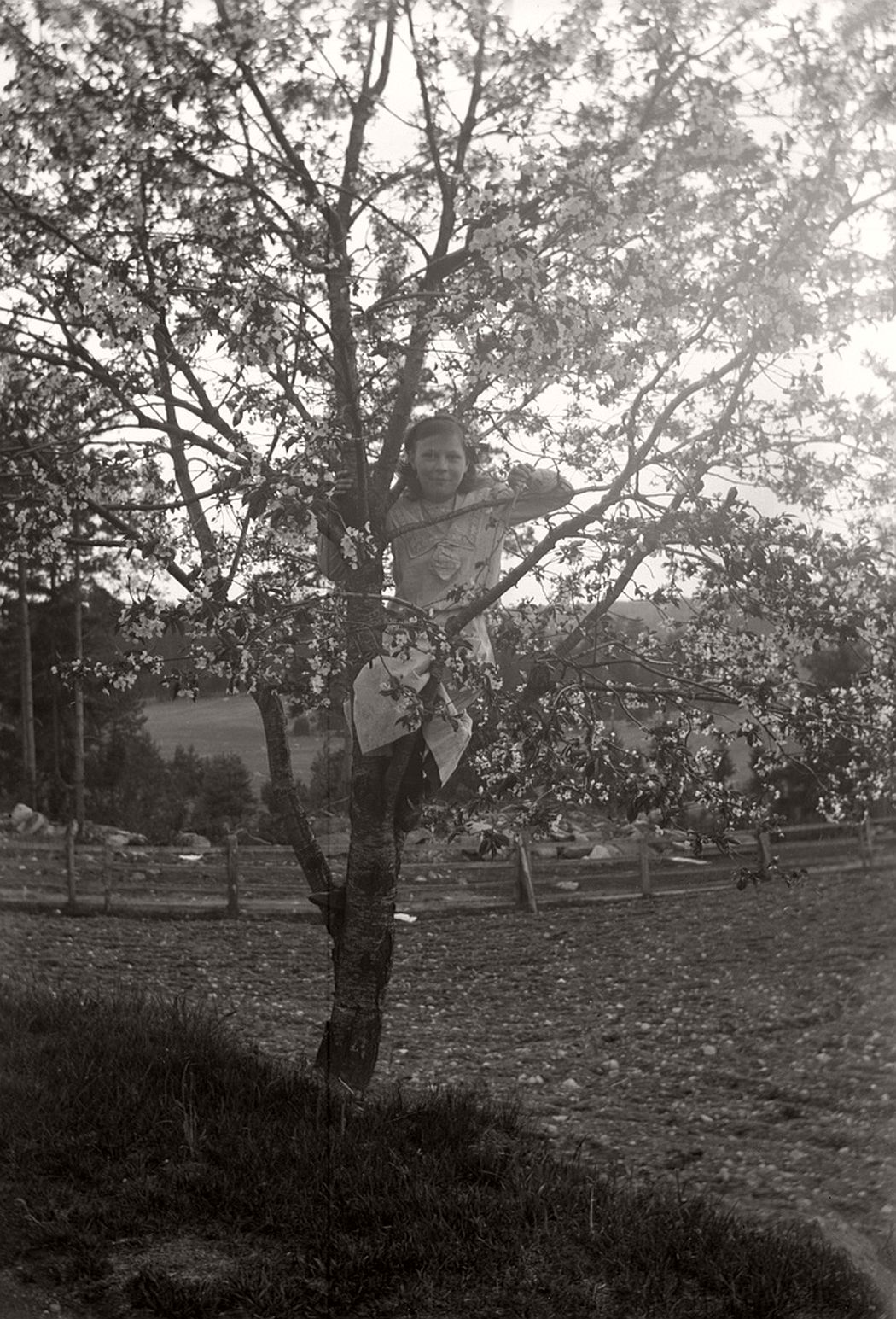 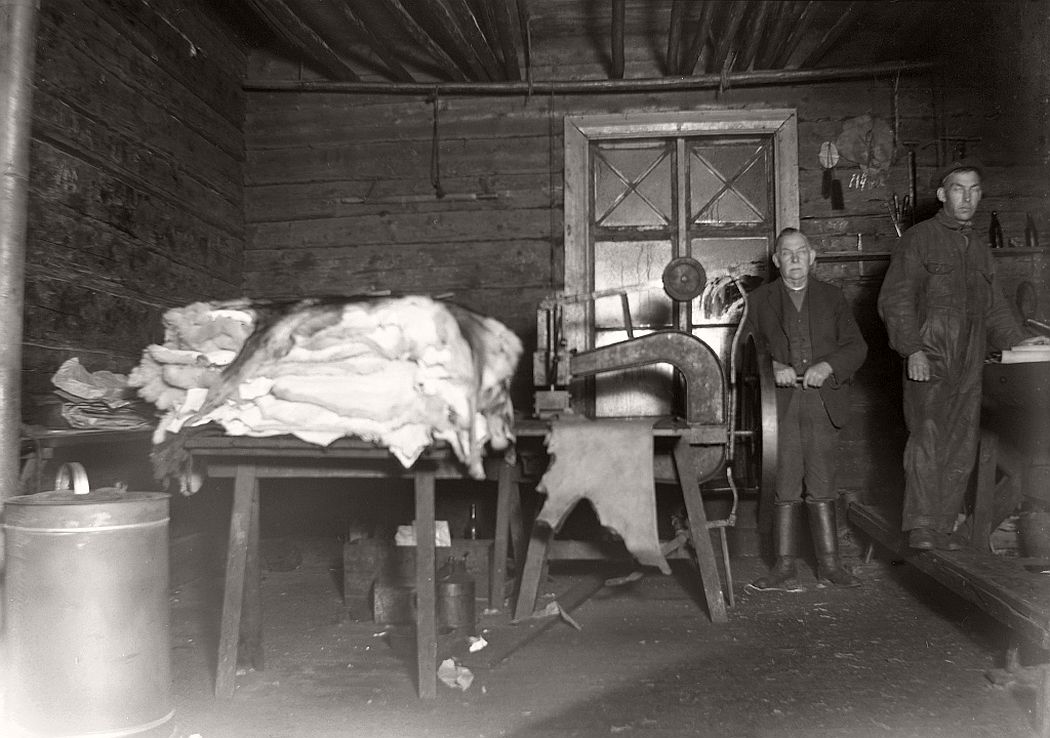 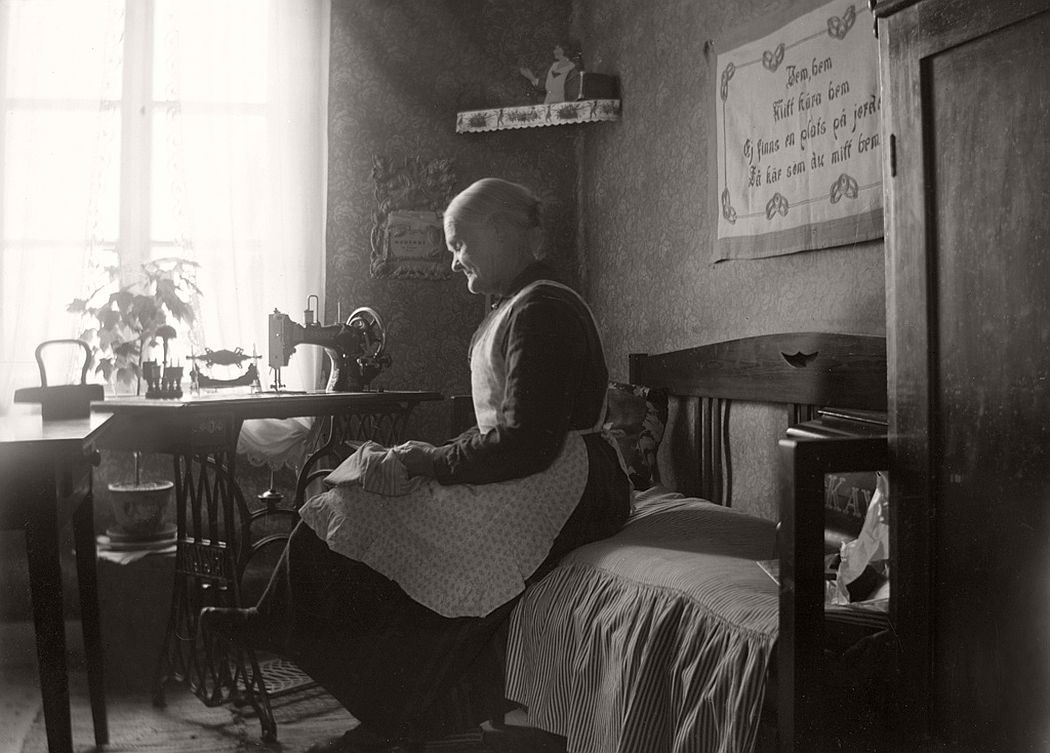 The woman at the sewing machine is Emelie Castensson (born 1854), who married with a slipper-maker Johan Andersson. The couple lived here when the picture was taken in Vagnsvik, Frinnaryd. 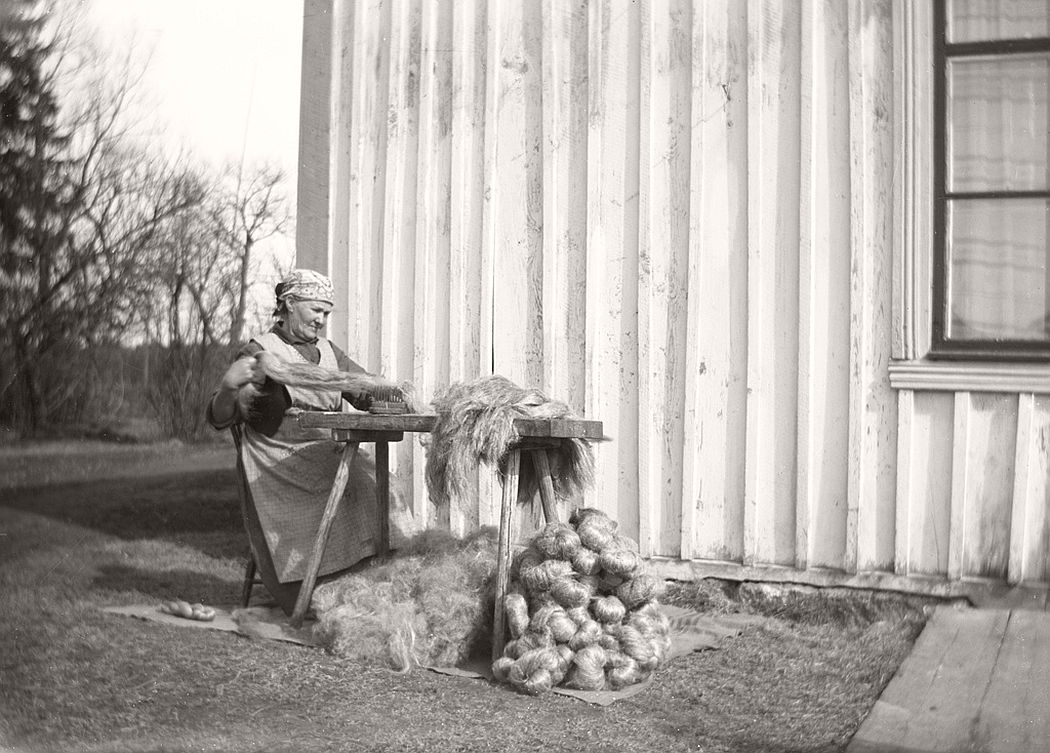 Hilma Gustafsson heckle flax at the cabin end. She represents one of favorite environments. From there are many lovingly and painstakingly rendered images that describes key elements of the work on a farm like that a hundred years ago. 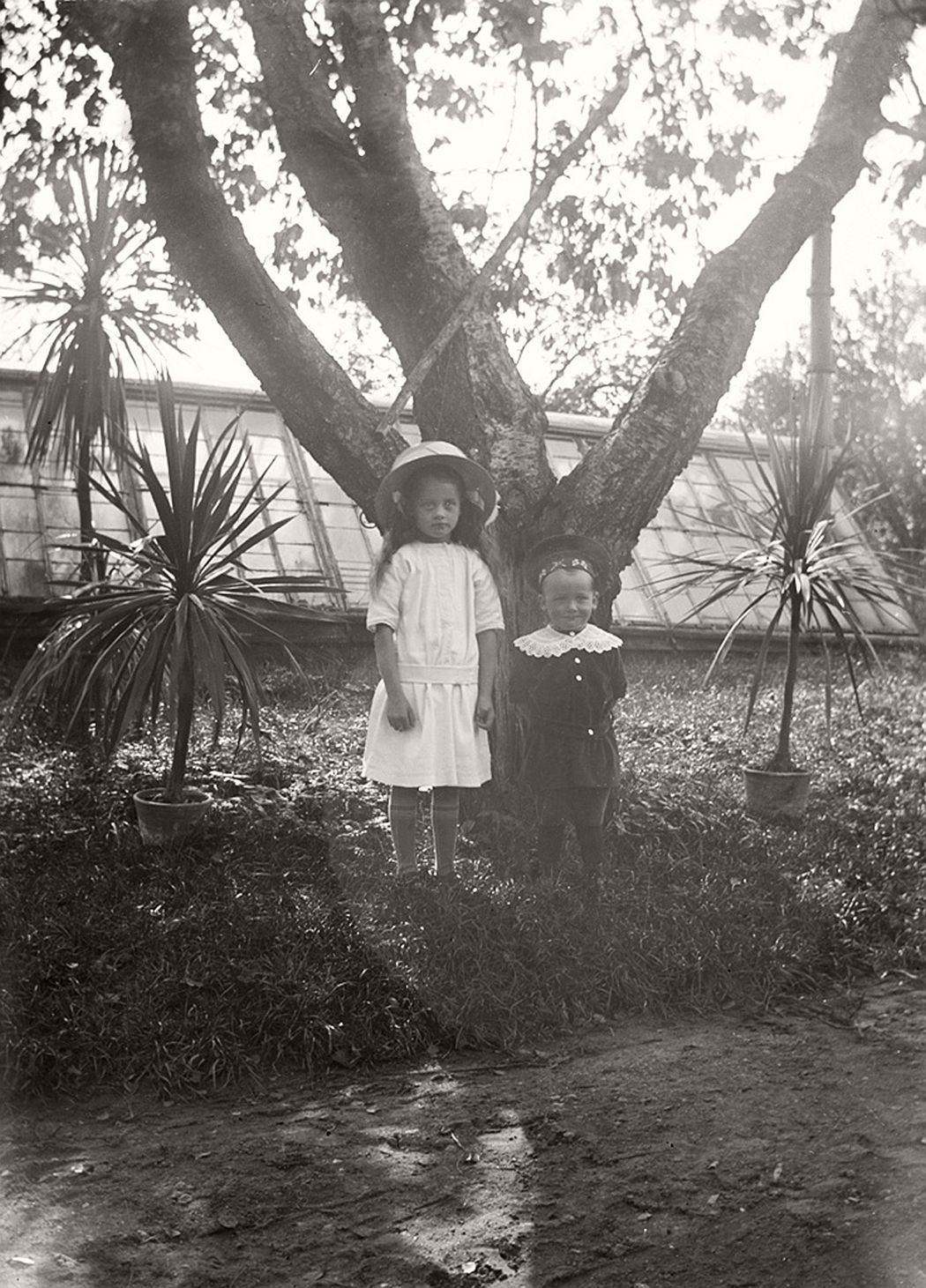 Two children outside the greenhouse. 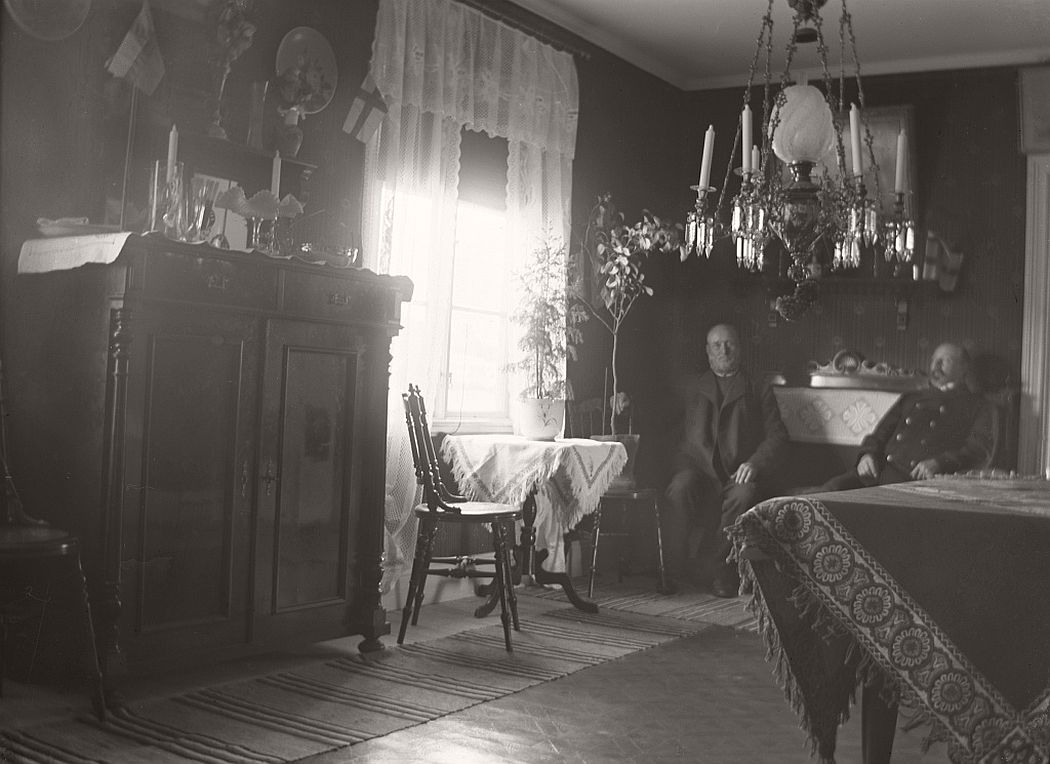 Two men on the sofa. 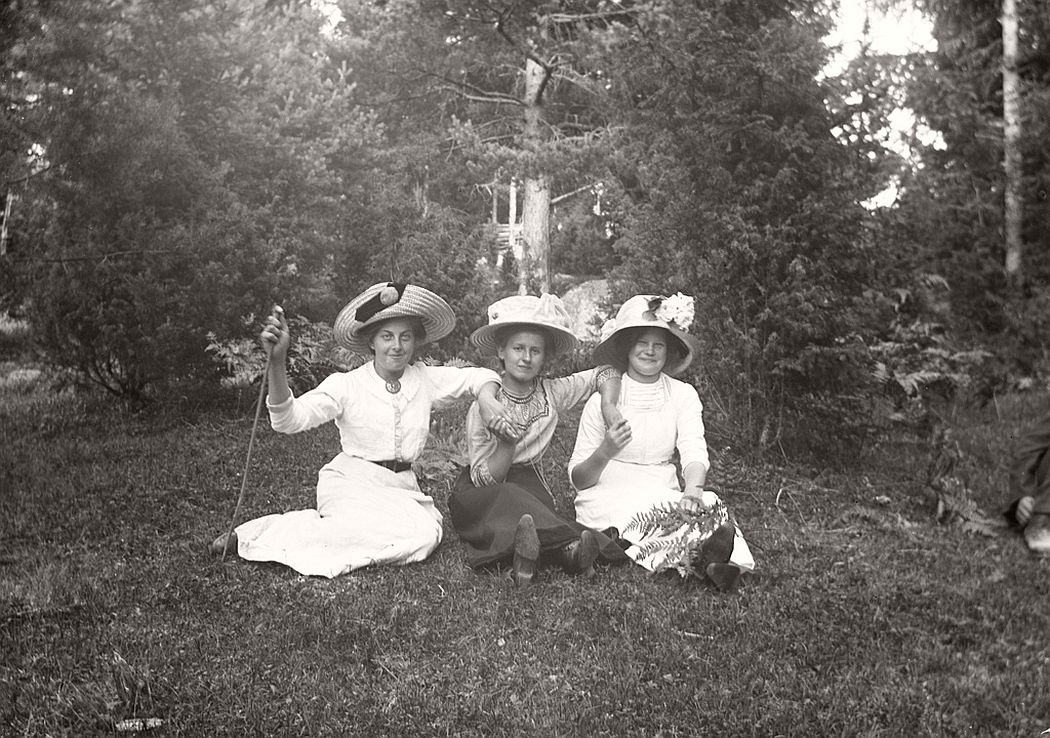 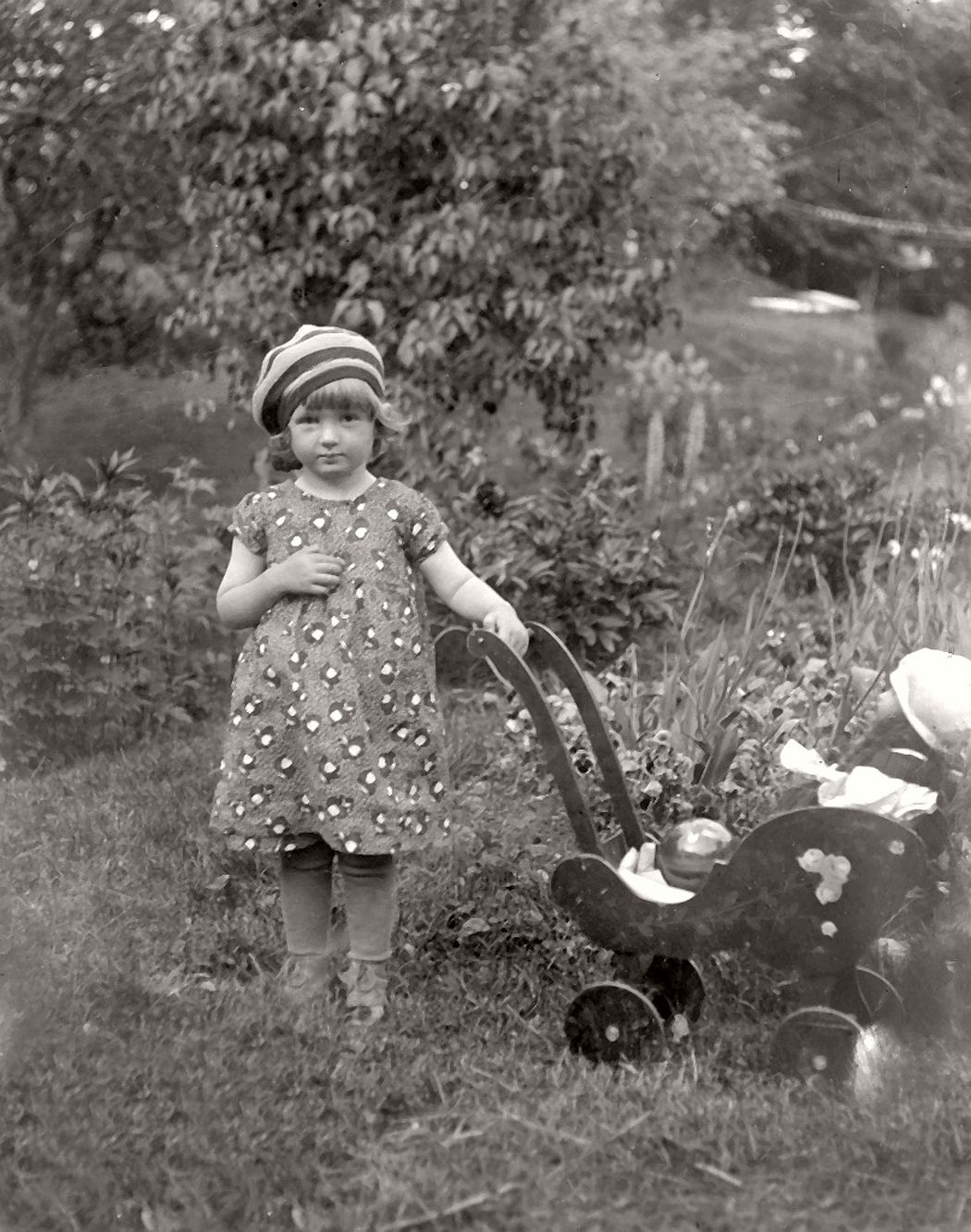 Girl walking with her doll. 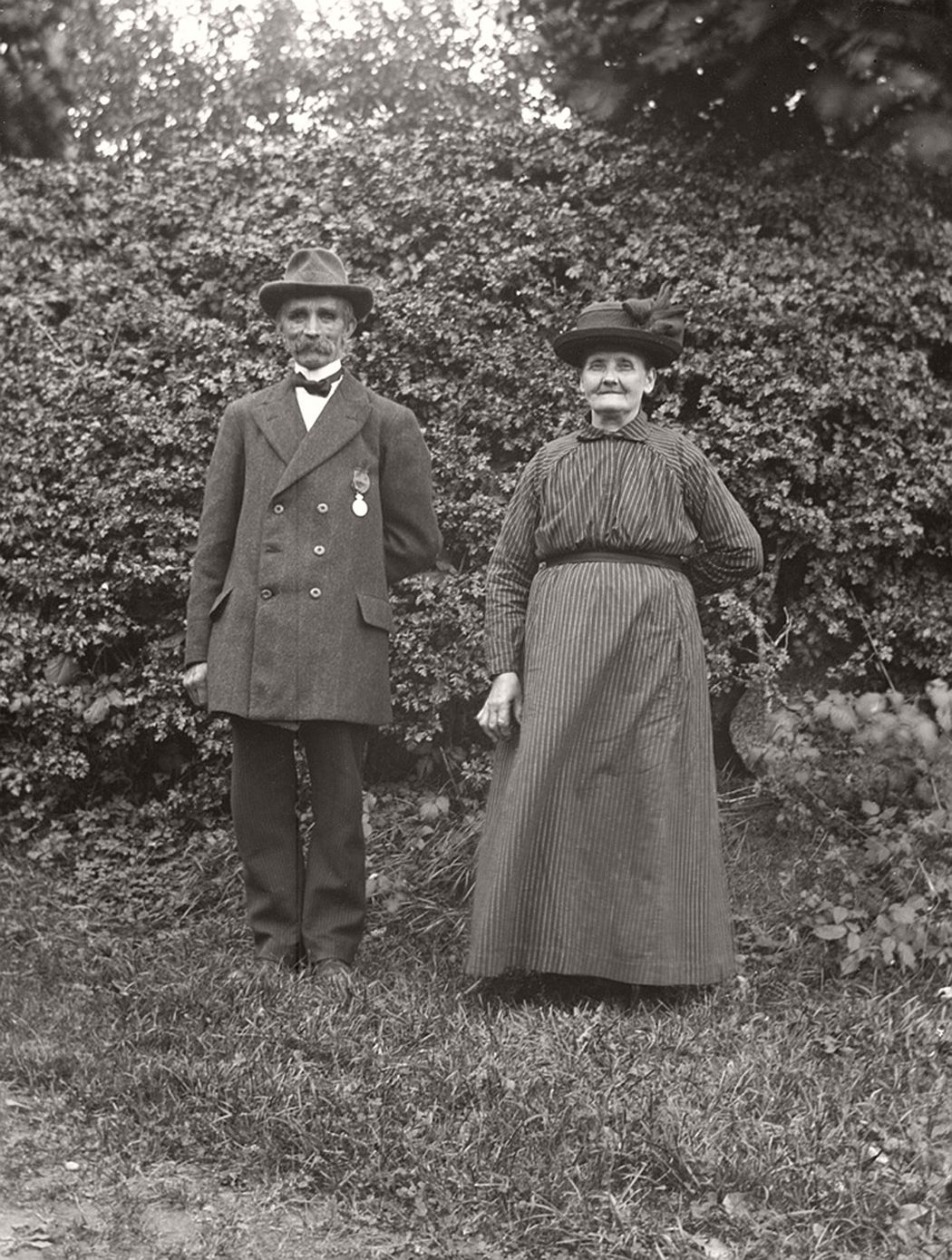 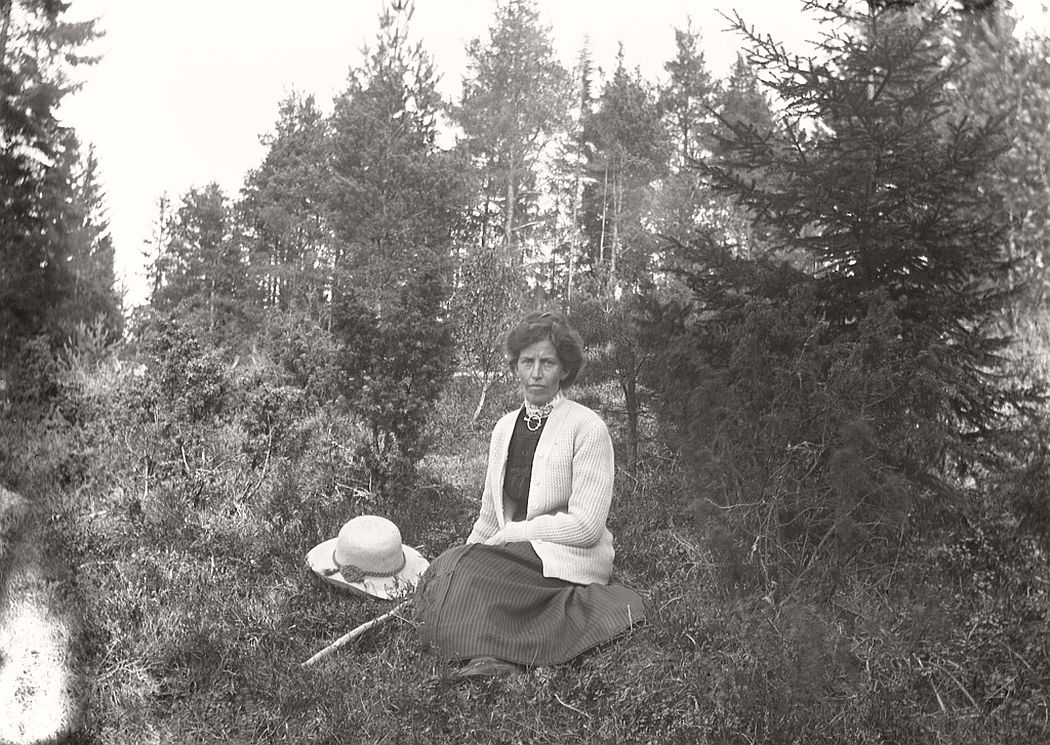 Woman sitting in the woods. 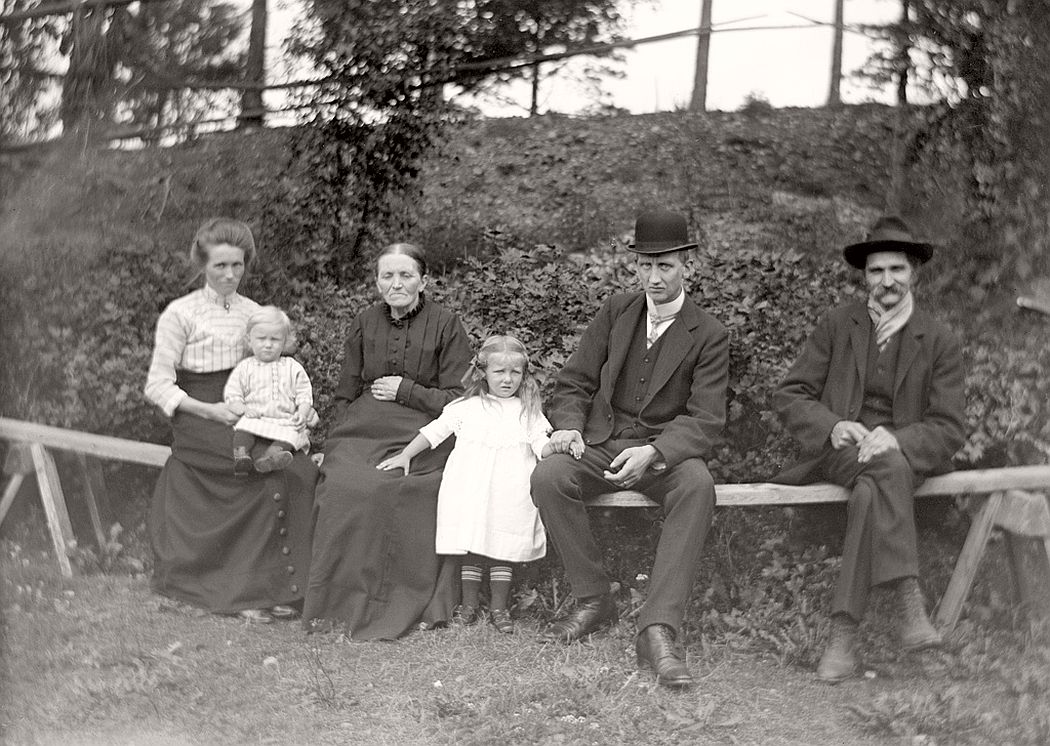 Family gathered on the bench. 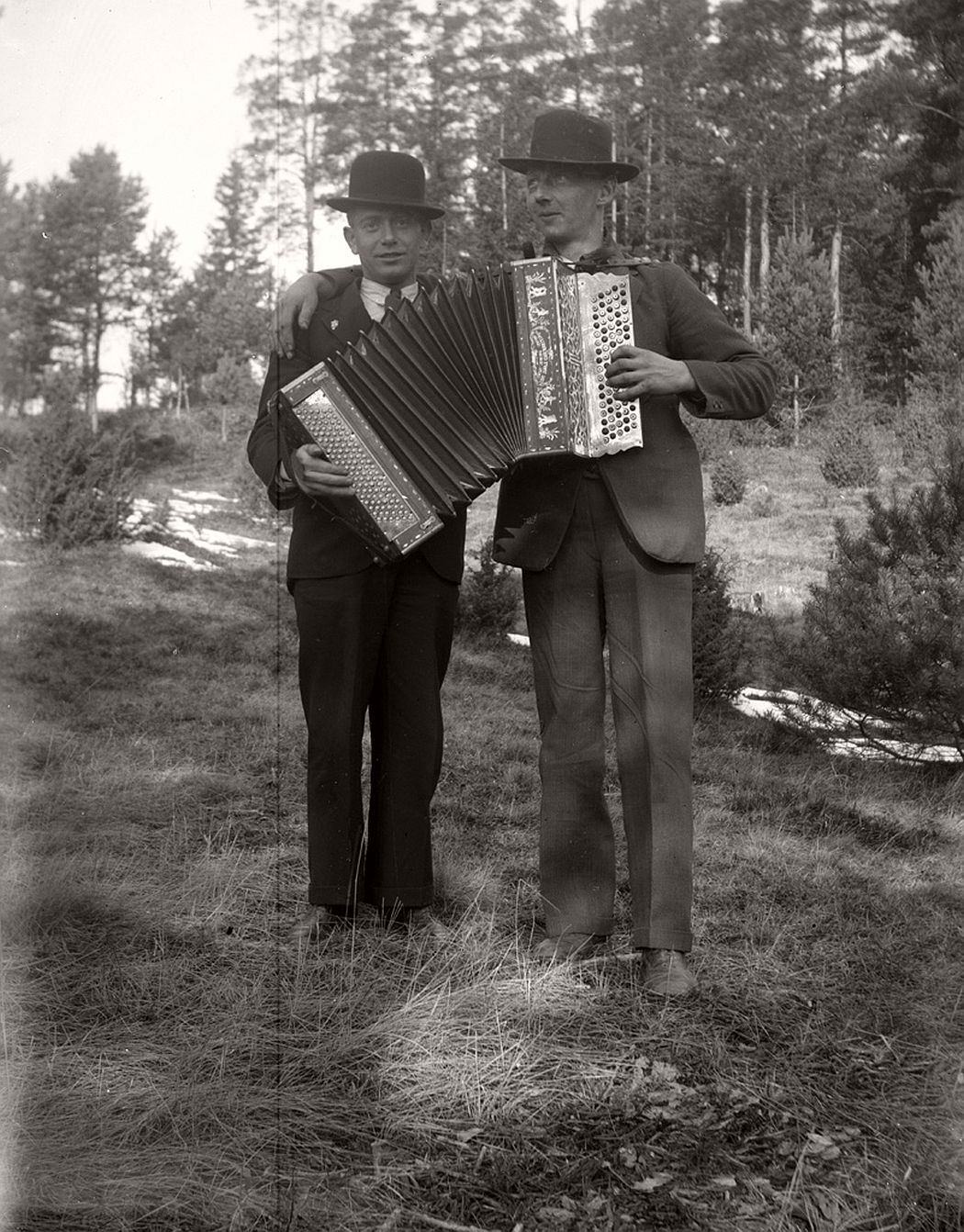 Two men with an accordion. 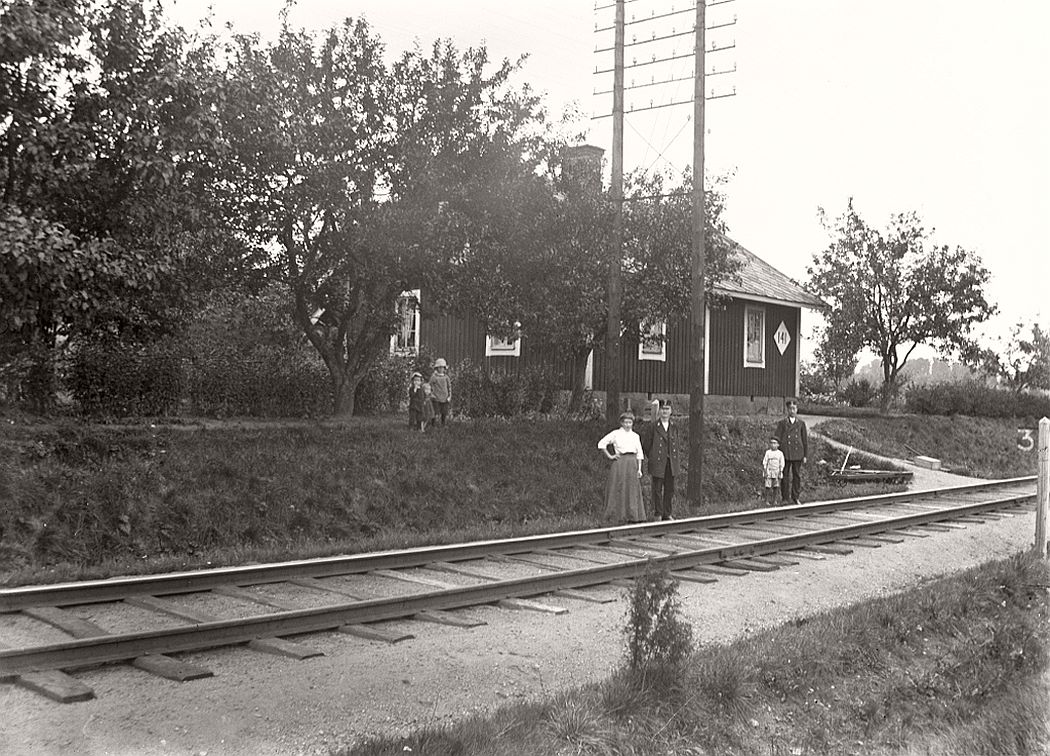 The picture is taken in Härje City at Stjärneborg, Lommaryds parish, ca. 1915. The cottage was a so-called double cabin for two families. 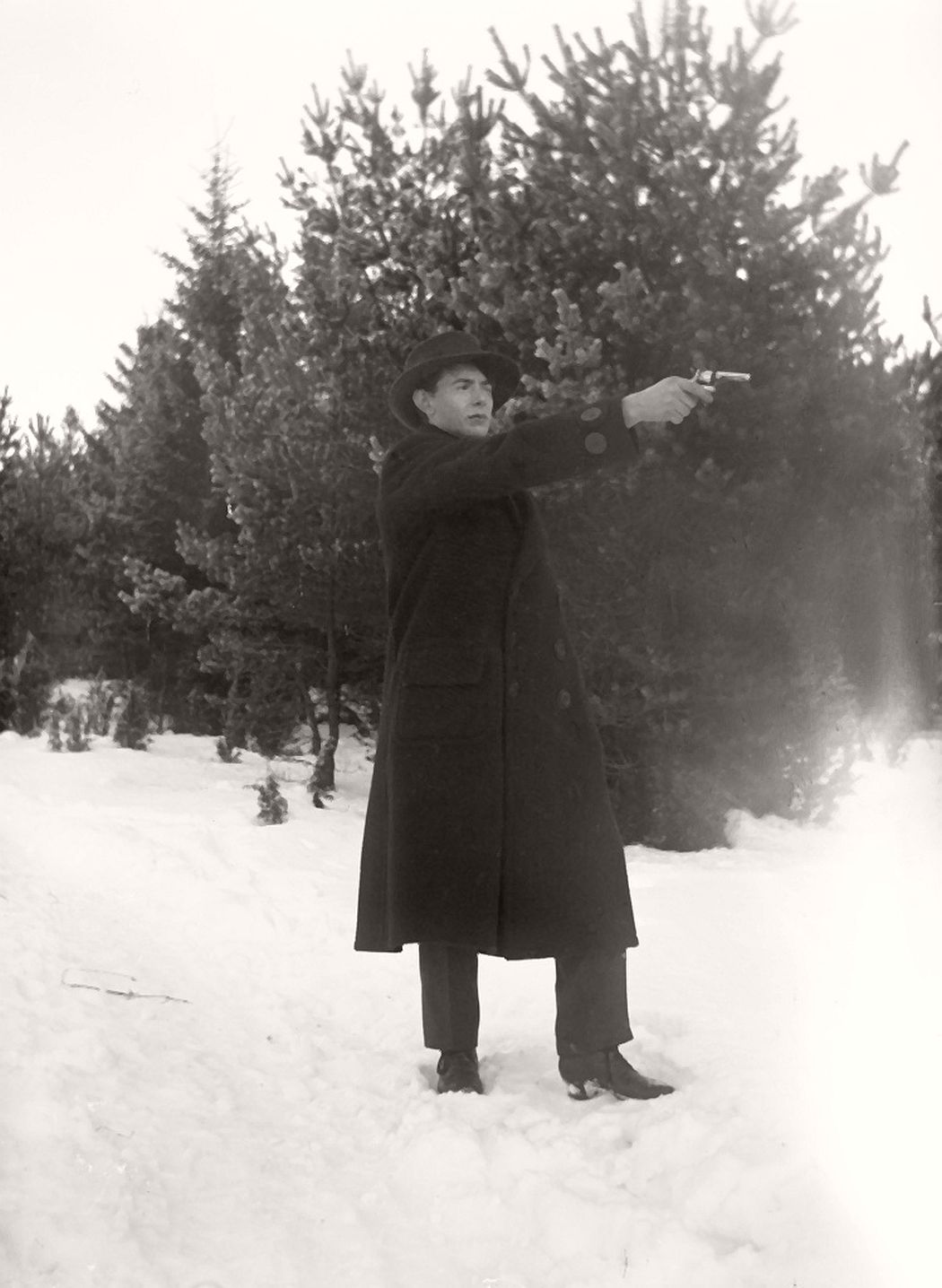 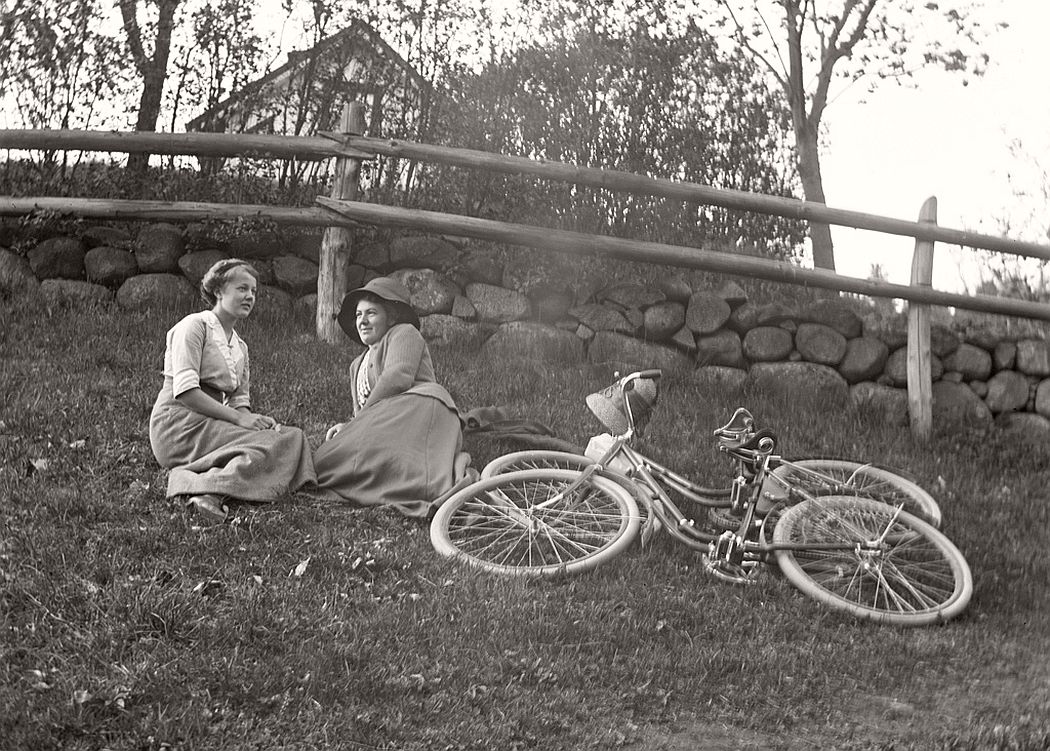 Break on the grass. The woman on the left is the school teacher’s daughter Carola Aurell. 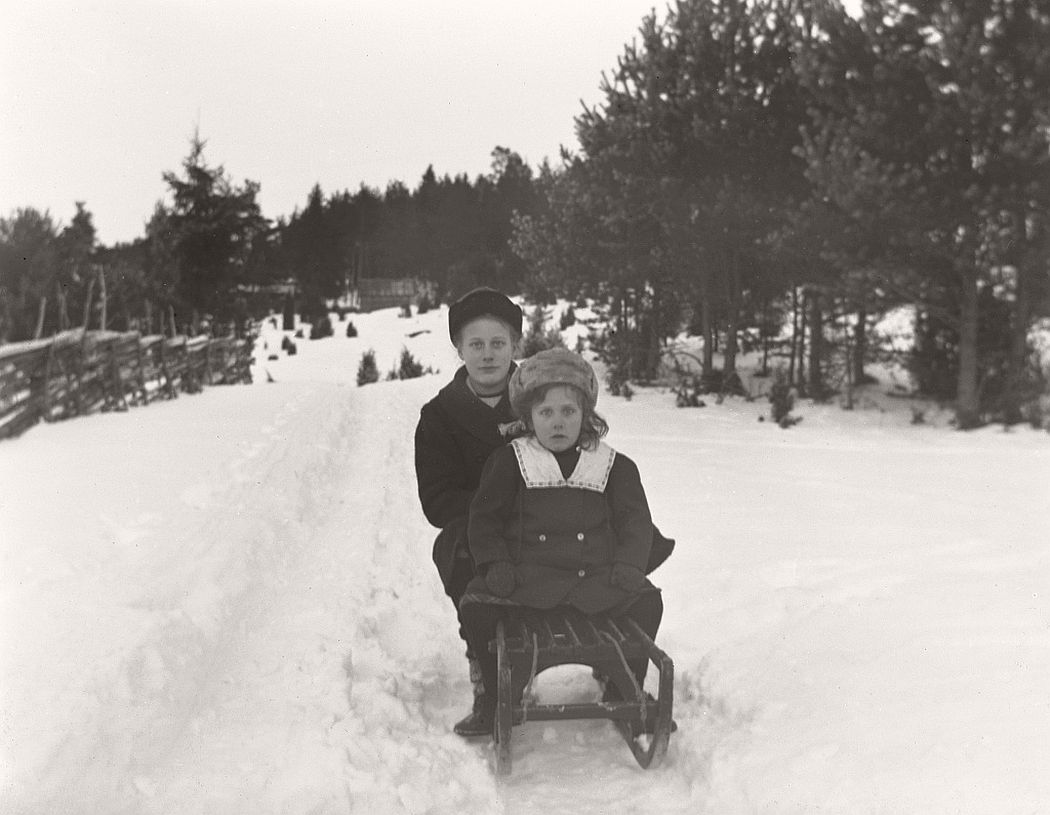 In this photo, at the back of the sledge is Elin Larsson Tingersten (b. 1902) from Arla in Frinnaryd and her younger sister Svea (b. 1909). The girls were daughters of Crown hunters Larsson. 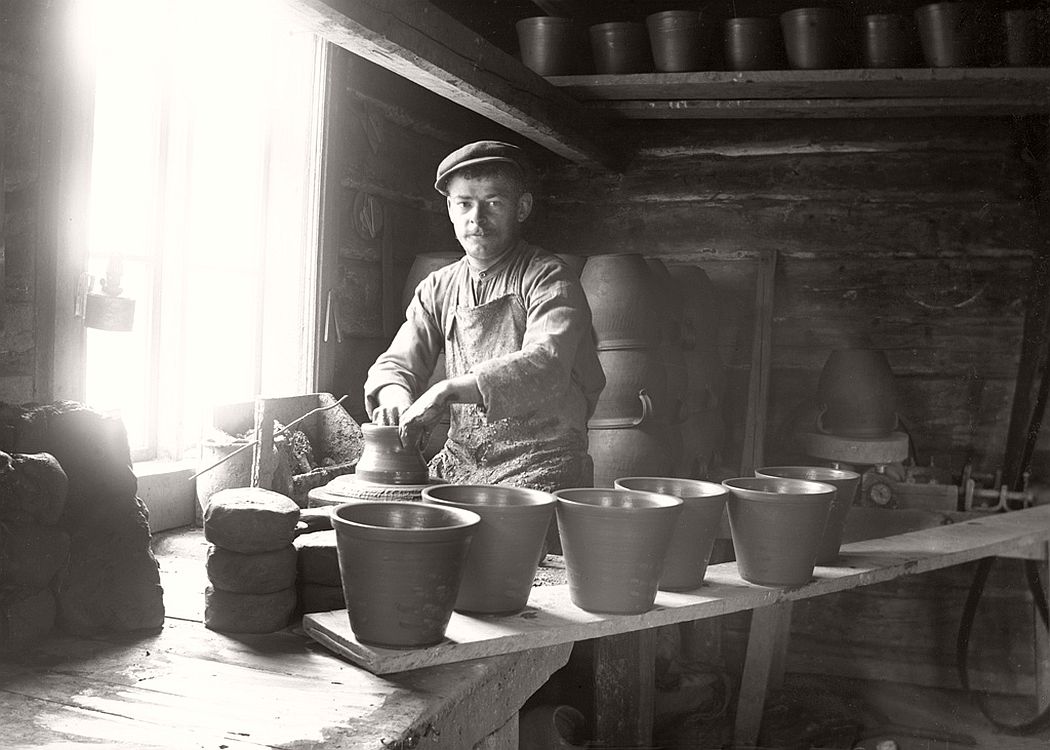 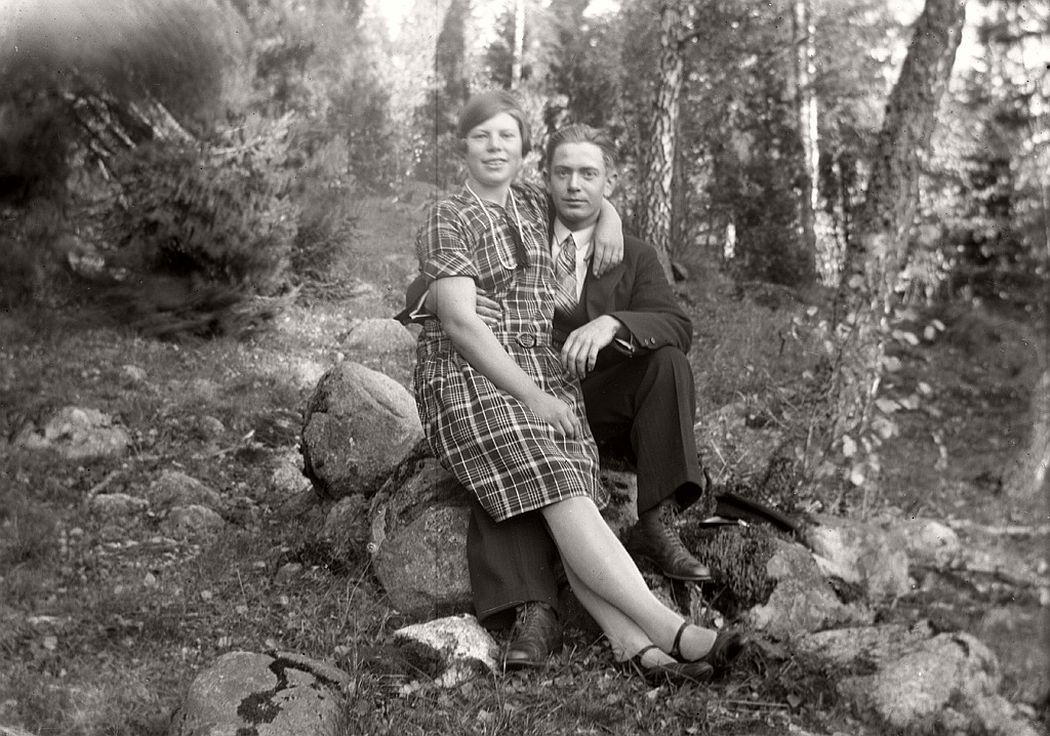 Gunnar Fransson and Alva. The two were not siblings or spouses. 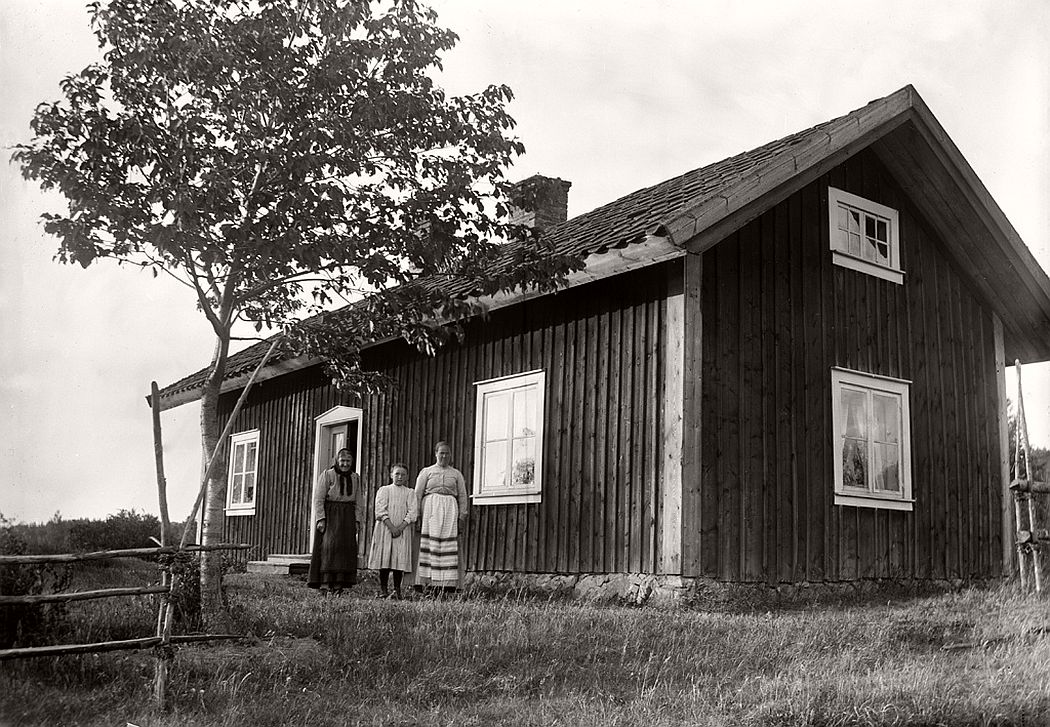 Two women and a girl in front their cottage in Sjöstugan, 1912. 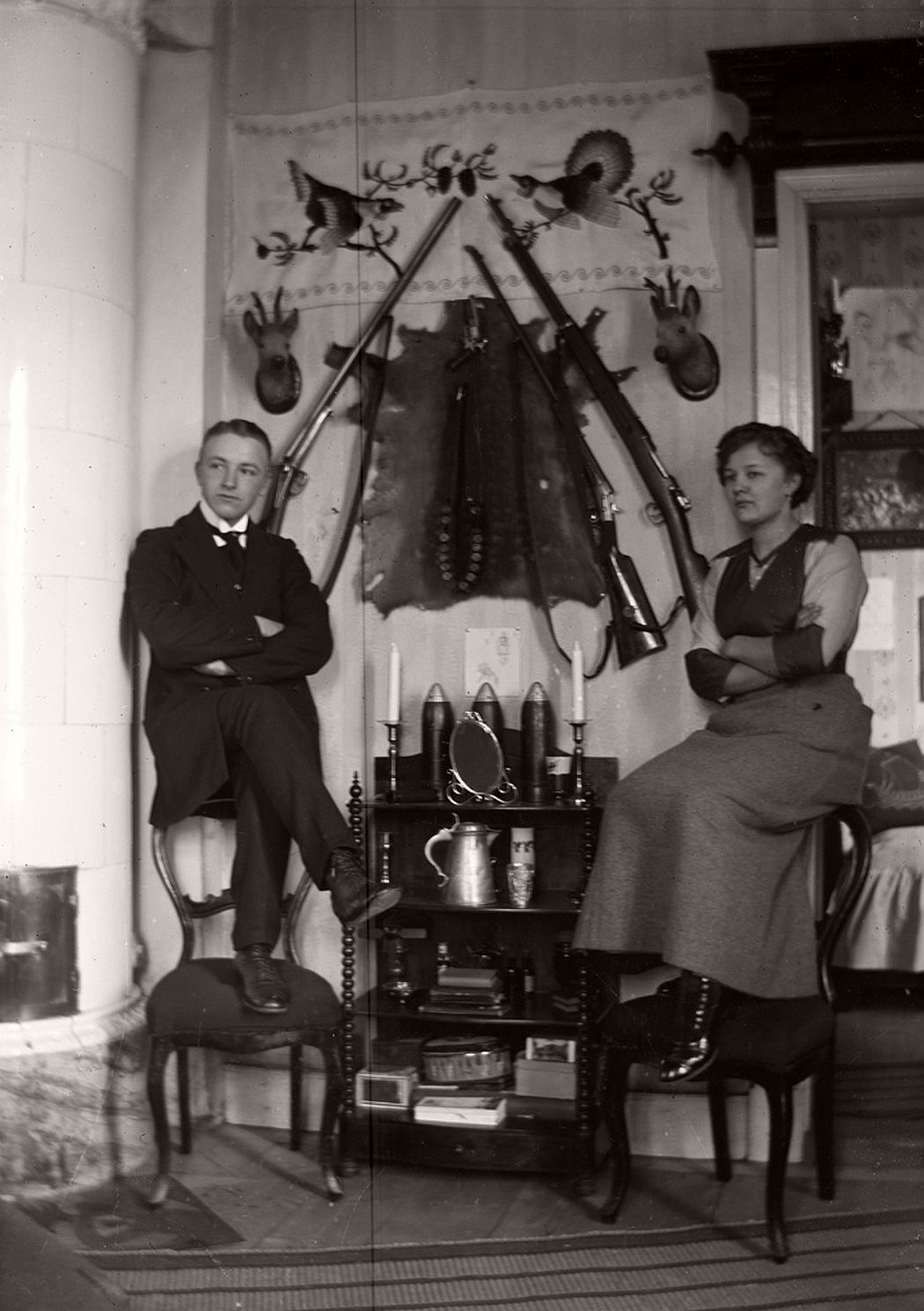 The siblings Carola and Henning Aurell photographed at his home in Frinnaryds, 1913.