The Robin Rice Gallery has brought together the works of 56 gallery artists and nearly a hundred photographs for this salon-style exhibition. From floor to ceiling, the walls of the gallery are a mosaic of various size photographs in sepia, color and black & white, expertly hung to fit together like pieces of a puzzle. “This is my favorite exhibition even though it takes months to curate and a week to install,” says Rice. “I love the moment when a viewer is first drawn to an image. Sometimes in’s indefinable; a moment when the
viewer not only shares but reconnects to an experience remembered.”

Each year, the Summertime Salon matures and Rice’s annual masterpiece is revealed to showcase an exhibition stronger than the year before. Rice has a close relationship with the works of her photographers, and strategically curates the show to best exemplify the artists’ strengths, remaining cohesively linked by Rice’s aesthetic.

This year’s invitational image, Hoop and Ball by Nenad Samuilo Amodaj is from a series of one hundred photographs. Rice chose three photographs from Amodaj’s series to create a triptych on the back wall of her gallery for this exhibition. The invitational image
is of a standing semi-nude woman in profile wearing a hoop skirt. Her entire head rests inside of a large white plaster ball that she holds above her. He explained: “I wanted to explore the abstract architectural properties of the hoop skirt, a clothing item with
curious geometric form that appears both in nature and in the world of artifice.” Before photographing the model he created numerous figure drawings that helped solidify his vision for the series. 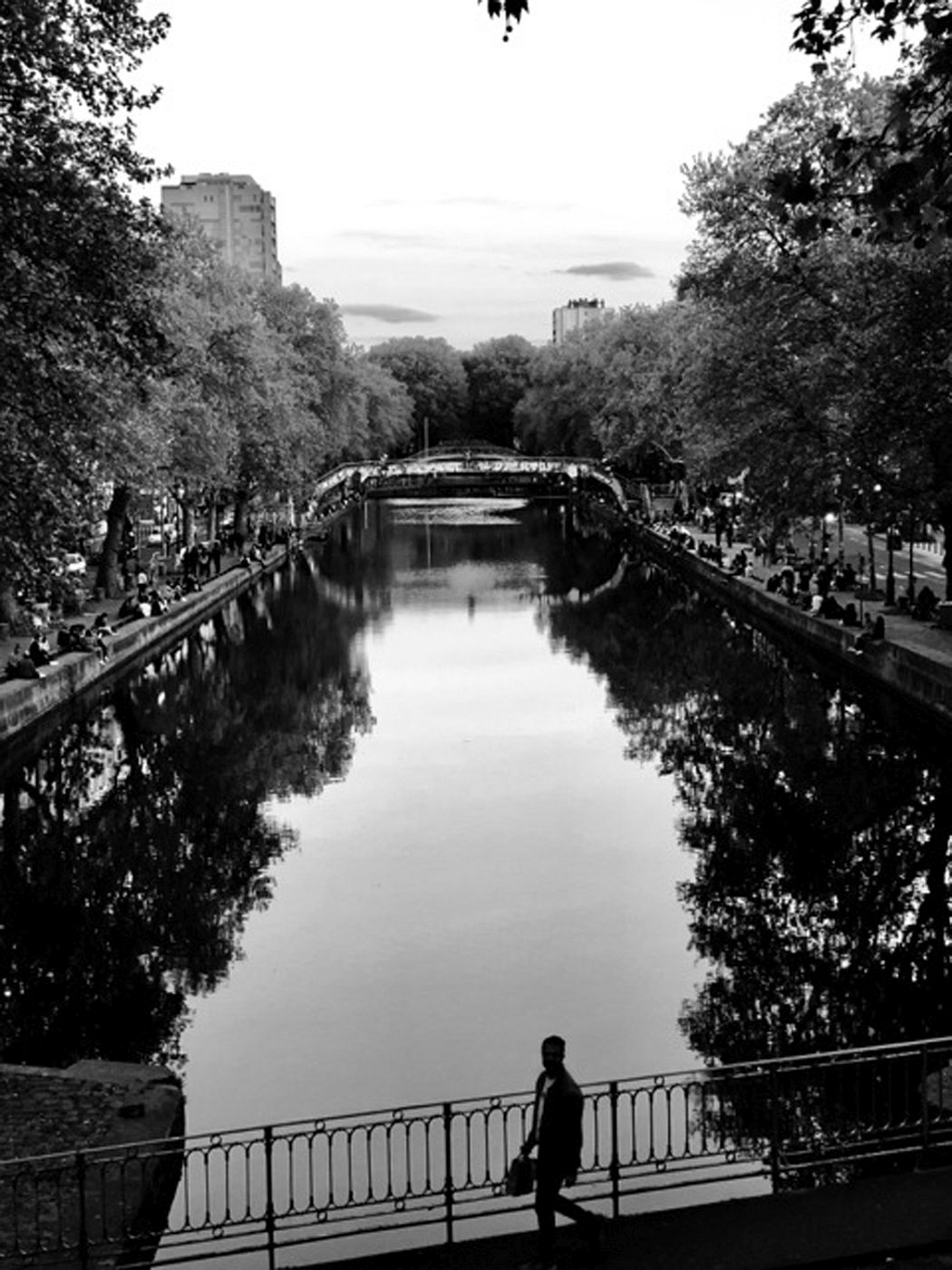 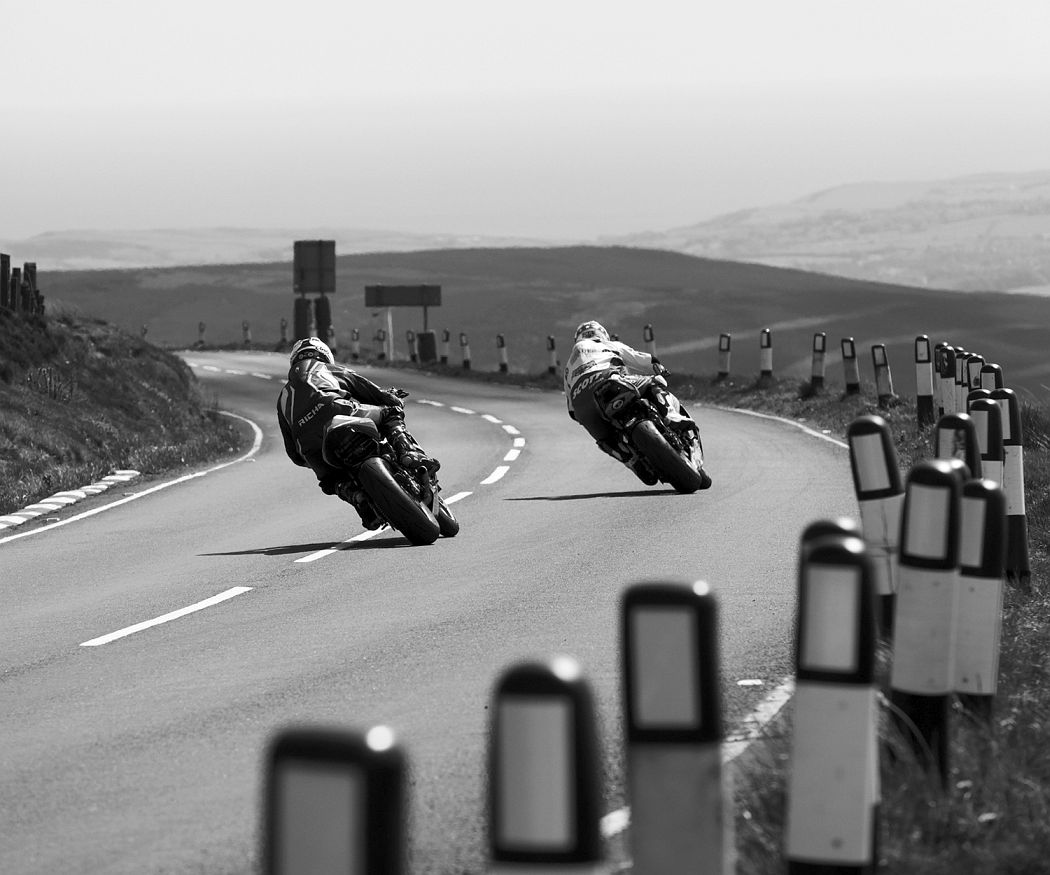 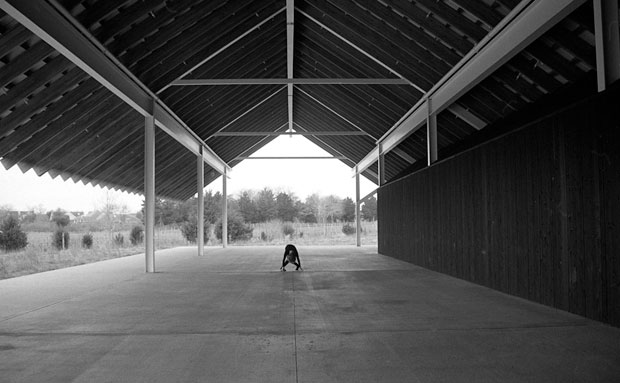 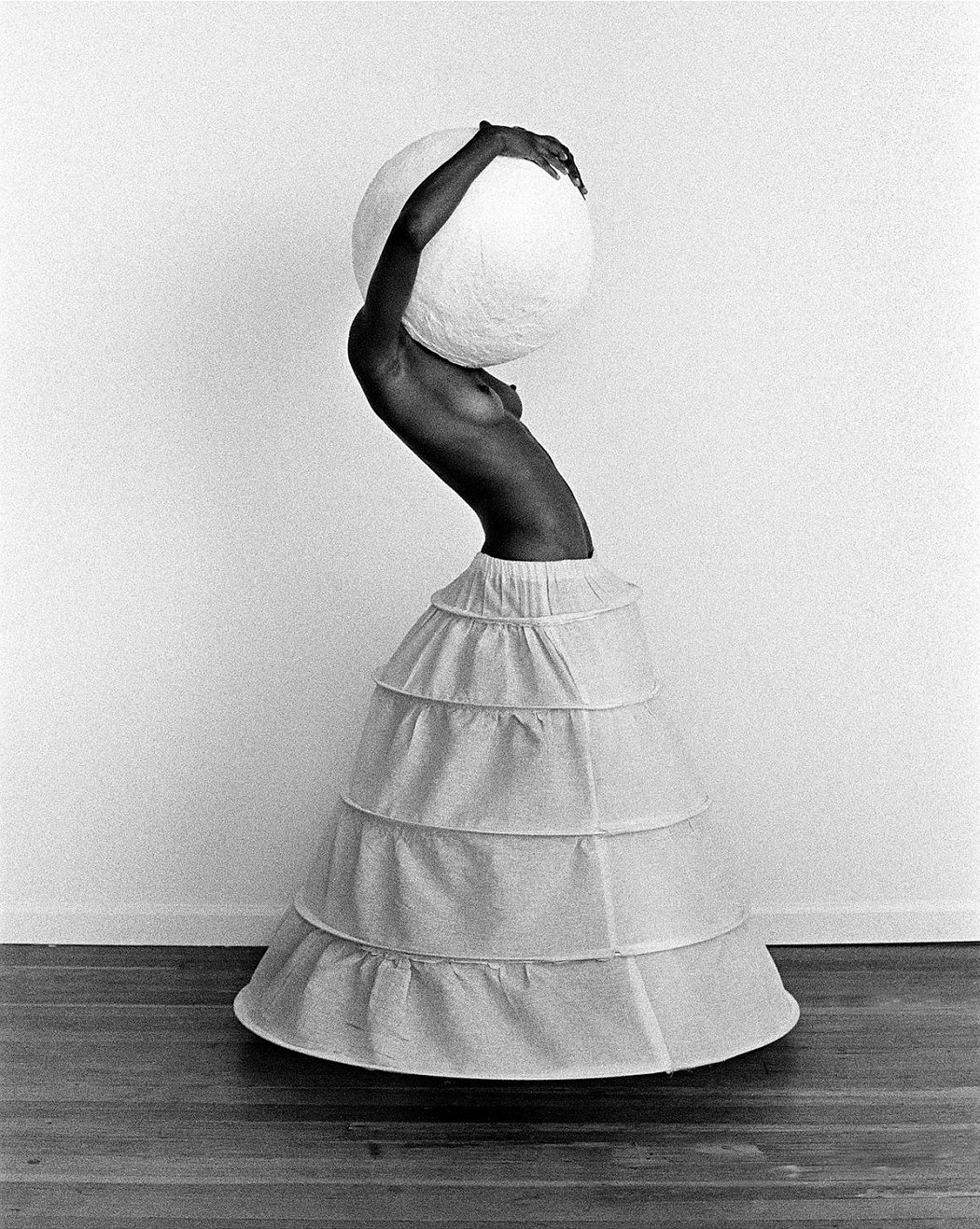 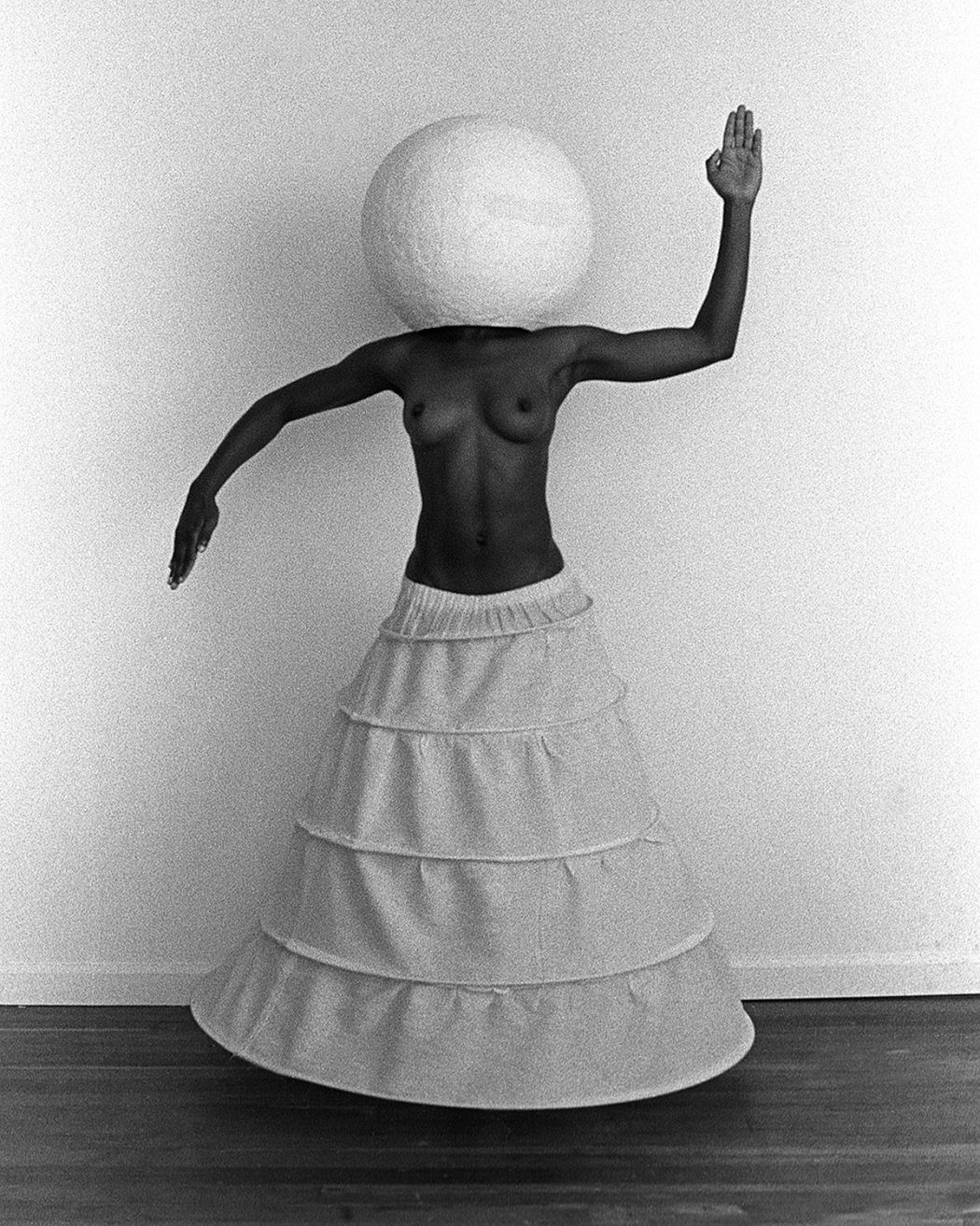 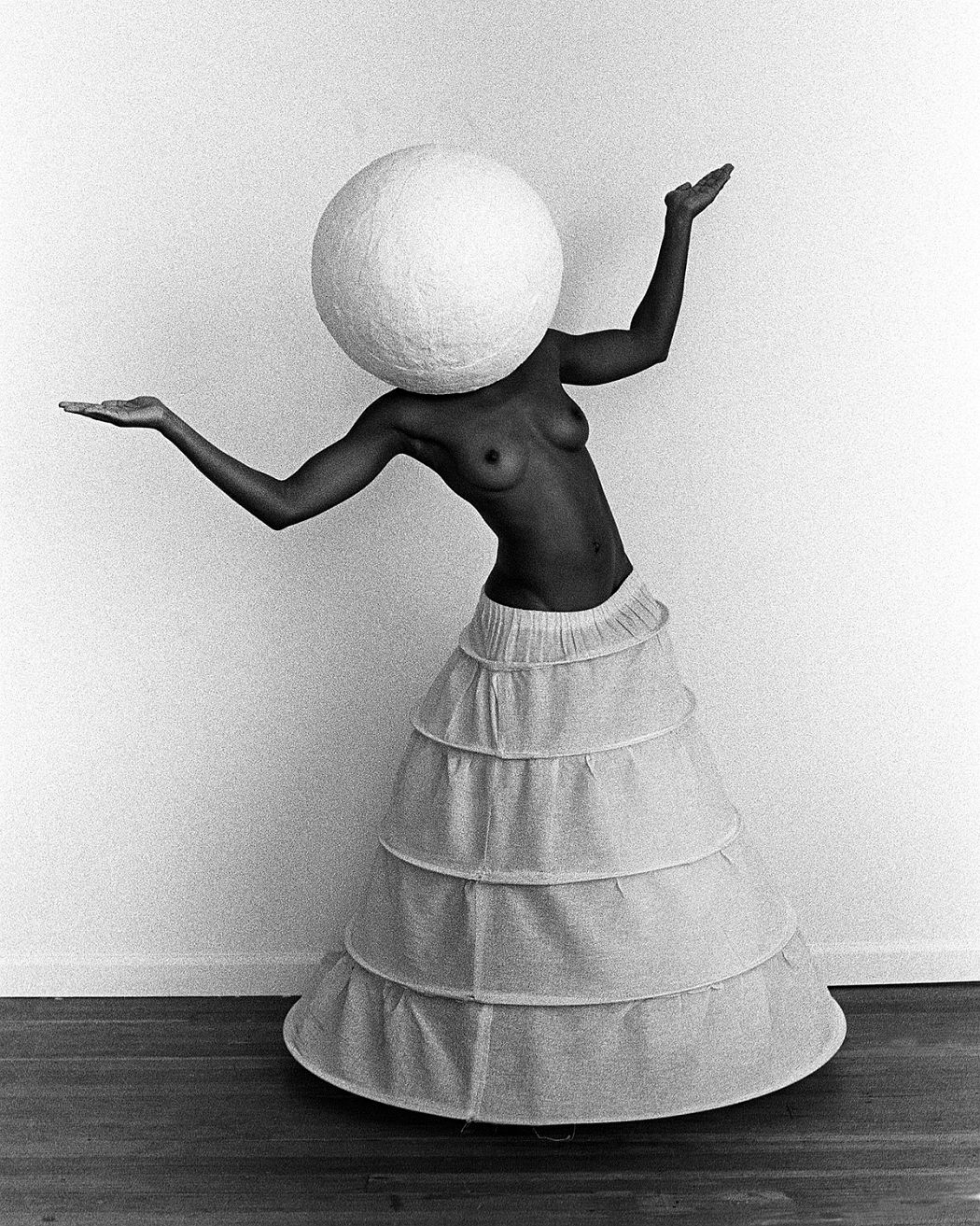