From the forthcoming book, NITRO: Drag Racing In The Sixties,1961-1966 by Nazraeli Press.

Drag racing as we know it was born in Southern California. In the late 1930s, local automotive enthusiasts known as hot rodders began customizing their cars and informally meeting up at local drive-in stands to show off their souped up creations. They would issue the challenge “You wanna race”? The response would usually be “let’s Drag it out”, which meant you’d go find some side street and get it on to see who‘s car was the fastest. Just like in that iconic scene from Rebel Without A Cause, a flagman would stand in the middle of the street pointing to one car, then the other, then they’d rev up, and well, you get the picture.

These earliest dragsters were stripped down – little more than a chassis and an engine. Not surprisingly, this type of street racing was not just illegal, but also highly dangerous. This period gave birth to a slew of car clubs such as the “Rattlers of Burbank”, “Hollywood Throttlers”, “Los Angeles Idlers”, and “Road Runners of Long Beach”, to name just a few.

By the late thirties, Ernie McAfee was breaking speed records driving his torpedo-shaped modified Ford out on the Muroc dry lake beds, fifty miles north of Los Angeles. Though remote, their smooth, flat surface was ideal for amateur drivers to host time trials that quantified who could build the fastest car. During WW II, the hot rod action moved from Muroc to the El Mirage dry lakes in the high desert county of San Bernardino.

In 1951 Wally Parks – co-founder and first editor of Hot Rod magazine who was also instrumental in founding Motor Trend magazine – began an effort to get hot rodders off the streets and into a controlled environment where they could safely race. Thus began the National Hot Rod Association (NHRA). Following the War, many small military airports around Southern California lay abandoned or very rarely used. Their runways were easily – often clandestinely – repurposed to allow races on a marked quarter mile course, allowing up to four lanes side by side.

Out of the drag racing’s earliest years came one style of dragster that stood above all the rest: the nitromethane-fueled front engine slingshot-style dragster. These got their name from the extreme rearward positioning of the driver’s torso behind the axle and rear treadless tires known as slicks. Shoving the hefty engine as far forward as possible while barely allowing enough room for the driver helped to maximize the car’s static and dynamic weight distribution. The cockpit sat atop the differential, situated between the two rear slicks to get the greatest percentage of vehicle mass over the tires for maximum forward thrust. A slingshot’s length ranged from one hundred and fifty to two hundred and twenty-five inches, and was without any form of suspension. Its wheelbase was stretched to twice that of a typical passenger car, leaving it prone to instability at top speeds. In addition, the driver’s precarious positioning led to many of them being maimed when catastrophic clutch failures occurred.

In 1971 the legendary “Big Daddy” Don Garlits introduced his revolutionary rear engine Top Fuel dragster Swamp Rat XIV, which he began designing while recovering in a Long Beach hospital from a near-fatal transmission explosion in its slingshot predecessor earlier in the year. This style soon became the standard, and the dragster evolved mechanically and technologically, becoming increasingly more sophisticated in its design. This shift from wide and short to long and thin produced elegant kinetic sculptures that emulated flying without leaving the ground: emitting sound loud enough to peg a decibel meter while the raising hair on the back of your neck – not to mention that acrid burning smell that permeated your nose!

Big business soon followed that scent in the sixties with Detroit’s big three auto makers competing furiously to design the best and most forward-thinking production cars. In May of 1964 I bought one of the most coveted of these “Muscle Cars” – a Pontiac GTO with a four-speed stick and a Hurst shifter, Tri-Power, and three Rochester 2G carburetors. I passed on the power window and air conditioning options so as not to drain a drop of horsepower. I then drove Route 66 from Chicago to Los Angeles to begin my new advertising agency job. At each stop along the way, guys were all over that car like a tent. Before checking into my LA motel, I gassed up at Nobo’s Shell station at Beverly and Larchmont. It turned out that Nobo had been the head mechanic and resident carburetor wizard at the Courtesy Chevrolet dealership, and his station became a center for building and tuning street racers. Off and on over a couple of months, I’d leave my car at the garage while Nobo and his guys fine-tuned the carburetor, replaced the stock tires, torsion, and sway bars, and added stiffer Koni shocks, rear three-quarter ellipticals, and a Sun tachometer. Next, he taught me how to “speed shift” – making late night runs up and down Larchmont Boulevard. One day, he mentioned he was going to a drag race that Saturday, and I was welcome to come along.

That weekend we headed south on the 405 freeway to Wilmington, a small city adjacent to Long Beach. Exiting at Alameda, as we got close to 223rd Street I heard it! An explosion? Blast off? Nobo looked at me with a shit-eating grin and said “Welcome to Lions”! We weren’t even in the parking lot of this legendary drag strip and the sounds slammed me. A former railroad yard, Lions Associated Drag Strip was opened in 1955 by racing legend Mickey Thompson, who was credited with designing and building the first slingshot dragster, and later breaking the land speed record at Bonneville’s Salt Flats. In keeping with the NHRA’s concerted efforts to get racers off the streets and onto tracks, Lions’ motto was “Drive the Highway – Race at Lions”. Then-manager “Pappy” Hart brought big-league racing to Lions on Saturday and Sunday with upwards of two hundred and fifty all-out competition cars vying for money on Saturday nights, and four hundred or more stockers competing for trophies on Sunday. Wednesday was “grudge racing” – settling drive-in challenges on the strip, not the street. The traditional “flagman” who had stood between two racing cars had been replaced with an electronic lighting system known as the “Christmas Tree”.

I was back the following Saturday, and the next Saturday, and the next with my cameras photographing guys preparing runs, the thundering nitro-burning dragsters launching down the strip at two hundred-plus miles per hour, and everything else that moved. Here I was, weekend after weekend, right in the middle of the action at one of the most famous drag strips in America. I found out there were twelve other active strips in Southern California. The granddaddy race of them all, the Winter Nationals, was held at the Pomona Raceway. Opened in 1961, it became the traditional season opener, with the season finale being held at the Orange County International Raceway. Anyone and everyone in the sport came to Pomona, and I was there each day photographing it all. In 1965, I met Dick Day, the Editor of Peterson Publications’ Car Craft Magazine, who graciously issued me photo press credentials asking in return only that I show him the photographs that I was taking at the various drag racing venues for possible use in the magazine. There were other auto racing events, the Motor Trend Races at Riverside International Raceway, night motorcycle racing at Ascot Park, and so forth. From 1964 until the Internationals of 1966, I was out photographing just about every weekend. I finally stopped as I felt I was increasingly just repeating myself, and because the burgeoning Los Angeles Jazz and Pop music scenes were increasingly attracting my attention.

Today, fifty years later, the sport of drag racing is a big bucks, corporately sponsored television broadcast business with the NHRA currently sporting over two hundred different drag racing classes. However, in a nod to the sport’s modest beginnings, almost every weekend from coast-to-coast you will find “nostalgia racing” events preserving the dragster culture of the 1960s captured here in “NITRO, Drag Racing In The Sixties. 1961-1966”.

First, many thanks to the drivers who allowed me into their lives: Keith Black, “Big Daddy” Don Garlits, Tony Nancy, Don “The Snake” Prudhomme. Tom “The Mongoose” McEwen, Dick Landy, Art Arfons, C.J. Hart, Wally Parks, Roland Leong and his dragster “The Hawaiian” – the most beautiful sling shot dragster ever built, and the late, legendary Mickey Thompson for his inspiration and kindness. To Craig Breedlove, for allowing me to witness his breaking the land speed record with his “Spirit of America”; a true thrill, all the National Hot Rod Association officials who didn’t throw me out for “pushing my welcome”, Dean Jefferies, the great car customizer who painted my 1964 GTO, Nobo’s Automotive Service who took that GTO into their care and turned it into a “street monster”, and Dick Day, the late editor of Car Craft Magazine who championed my love of the sport of drag racing. 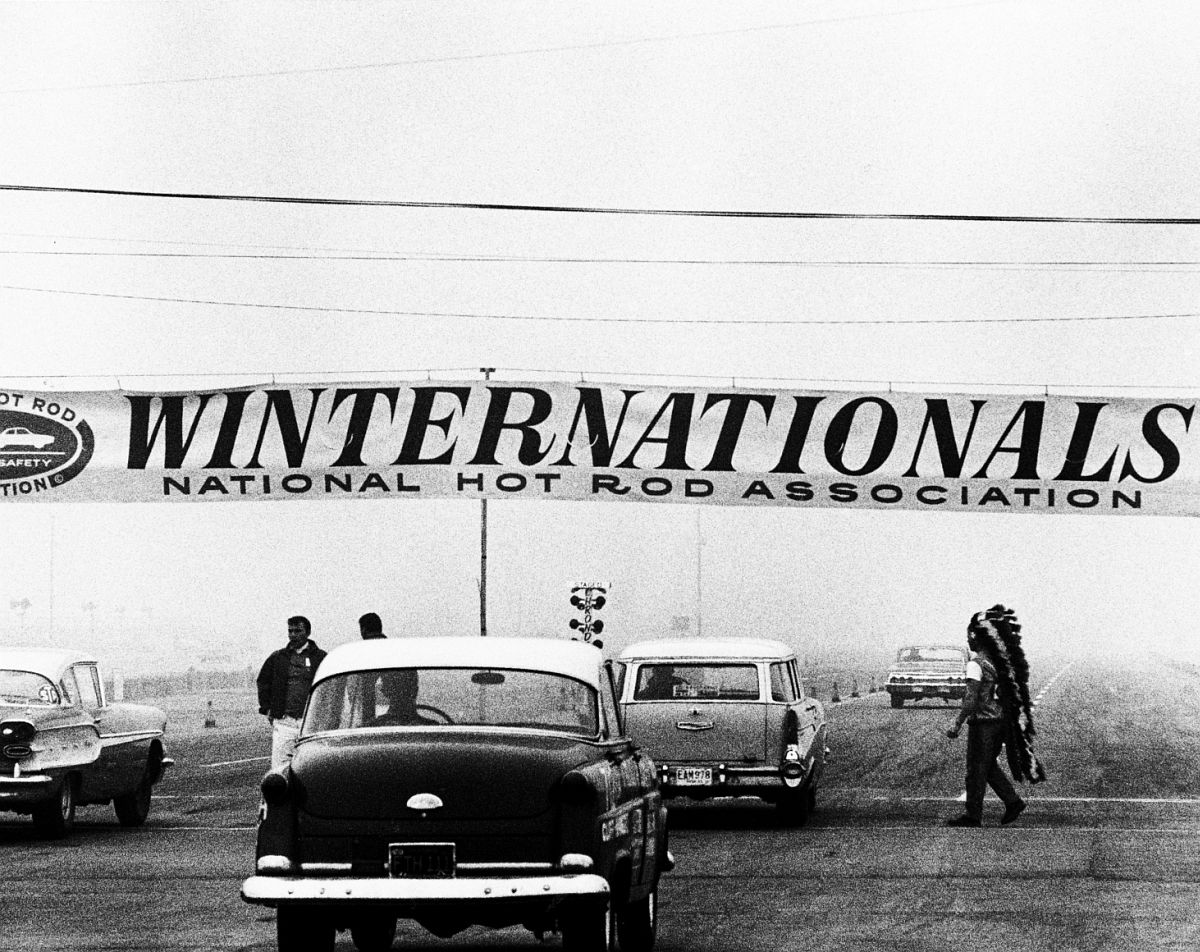 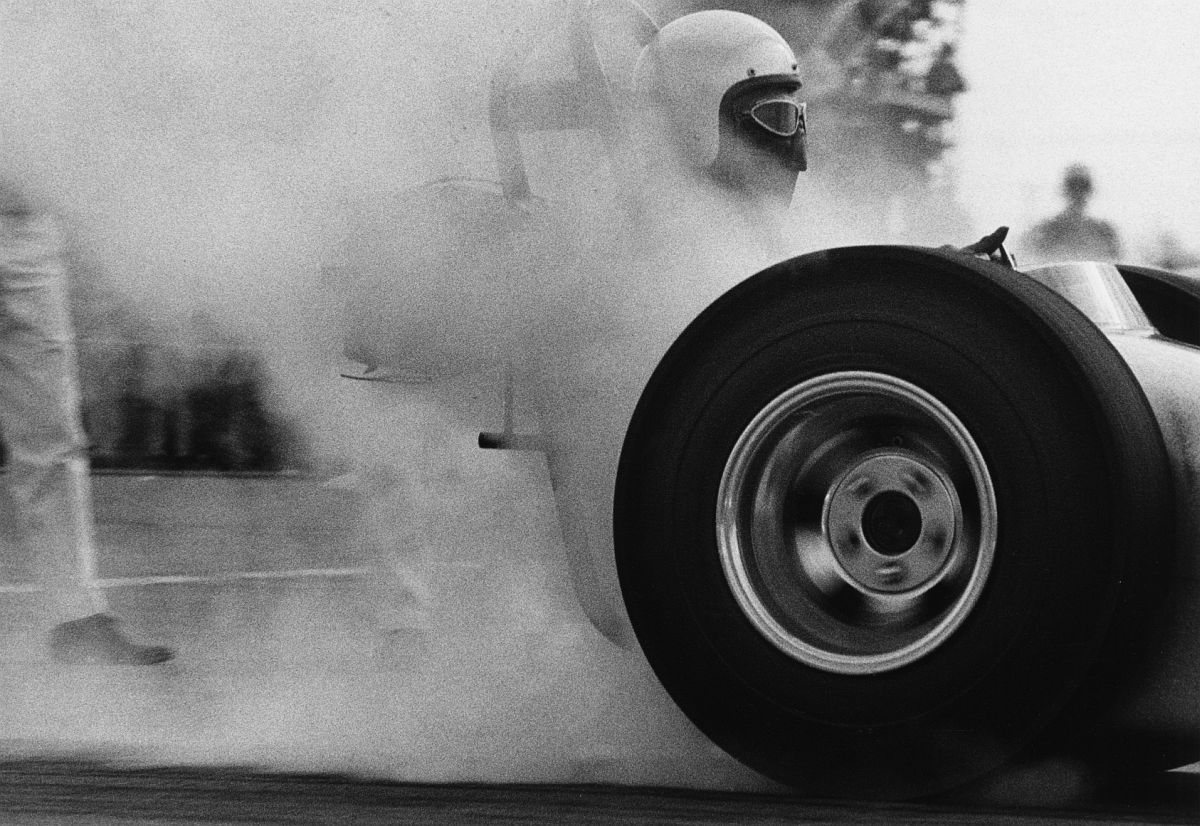 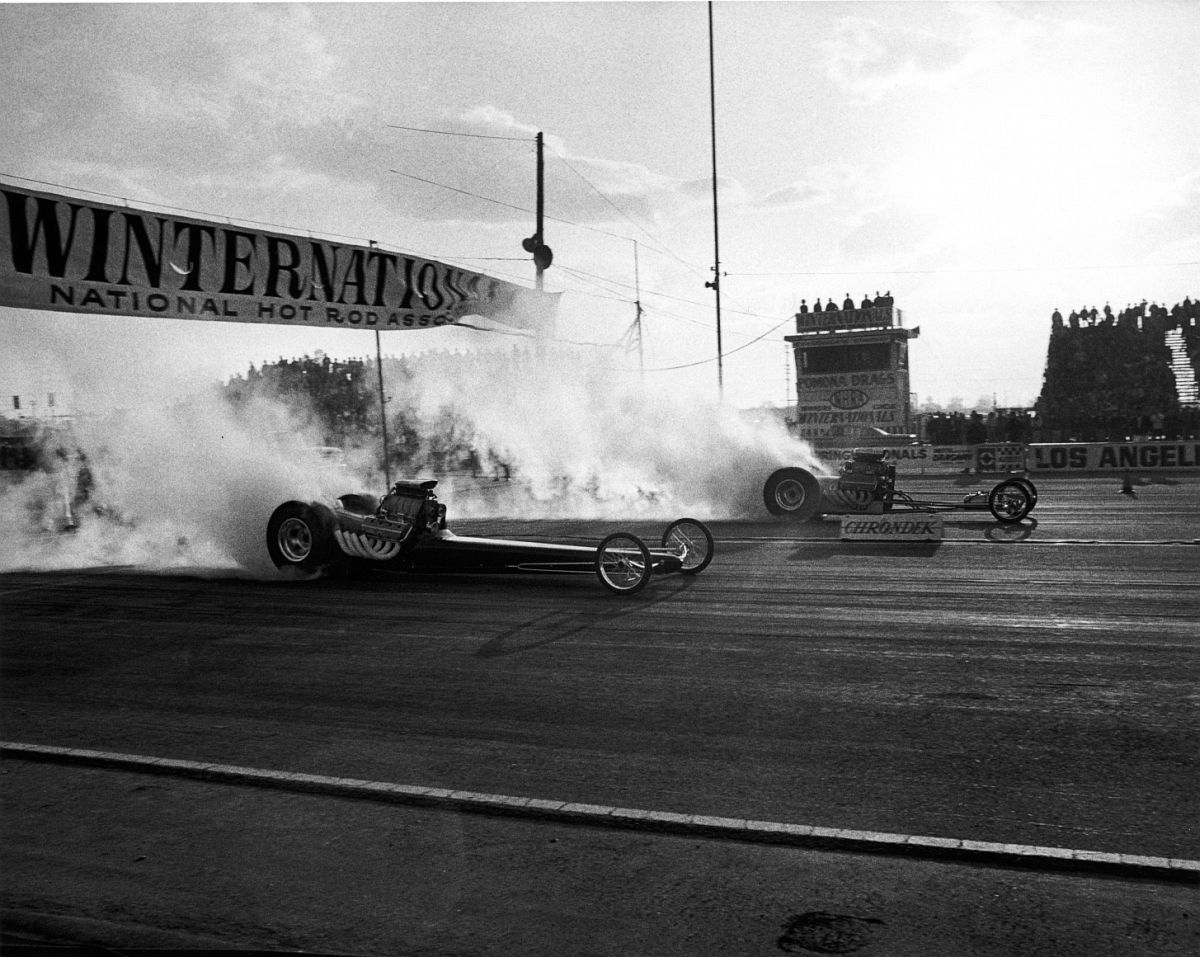 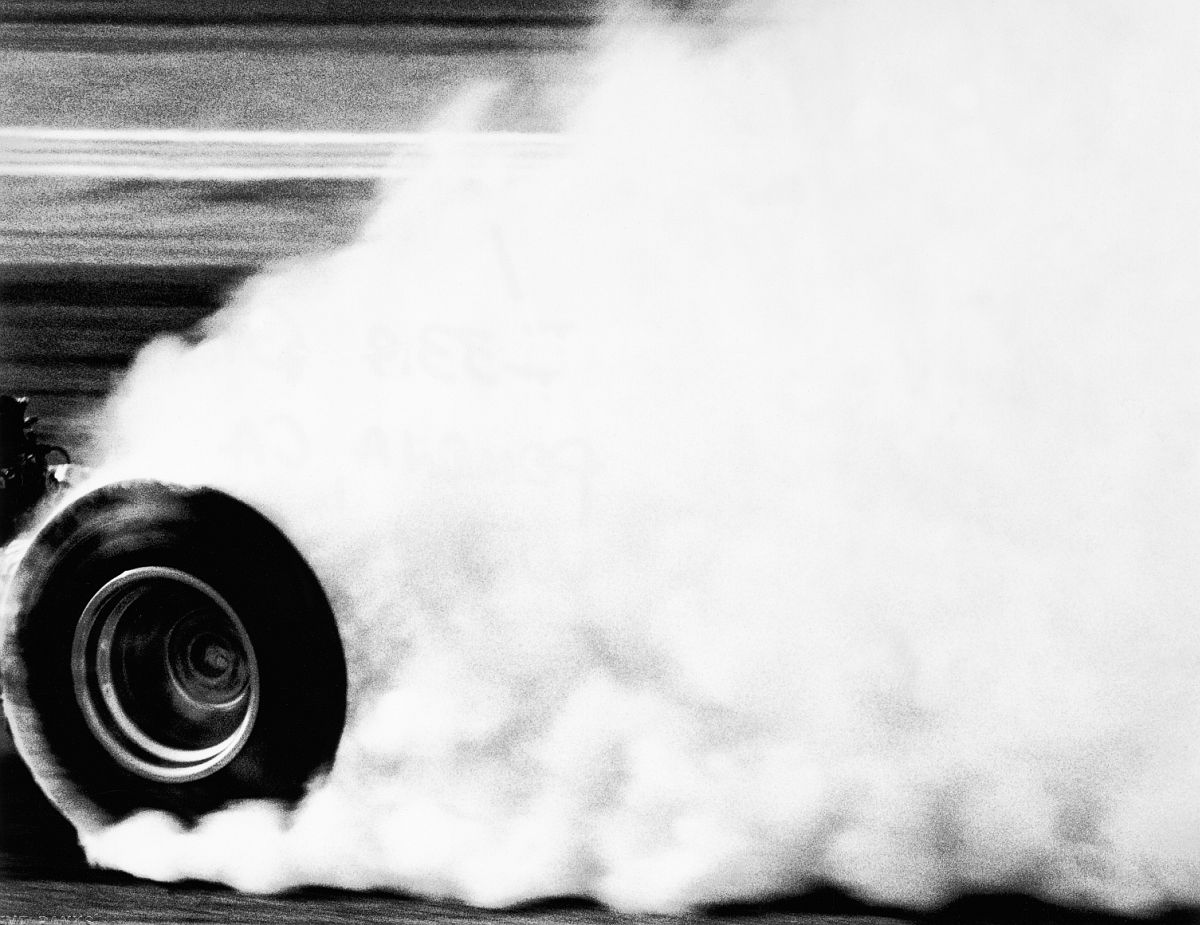 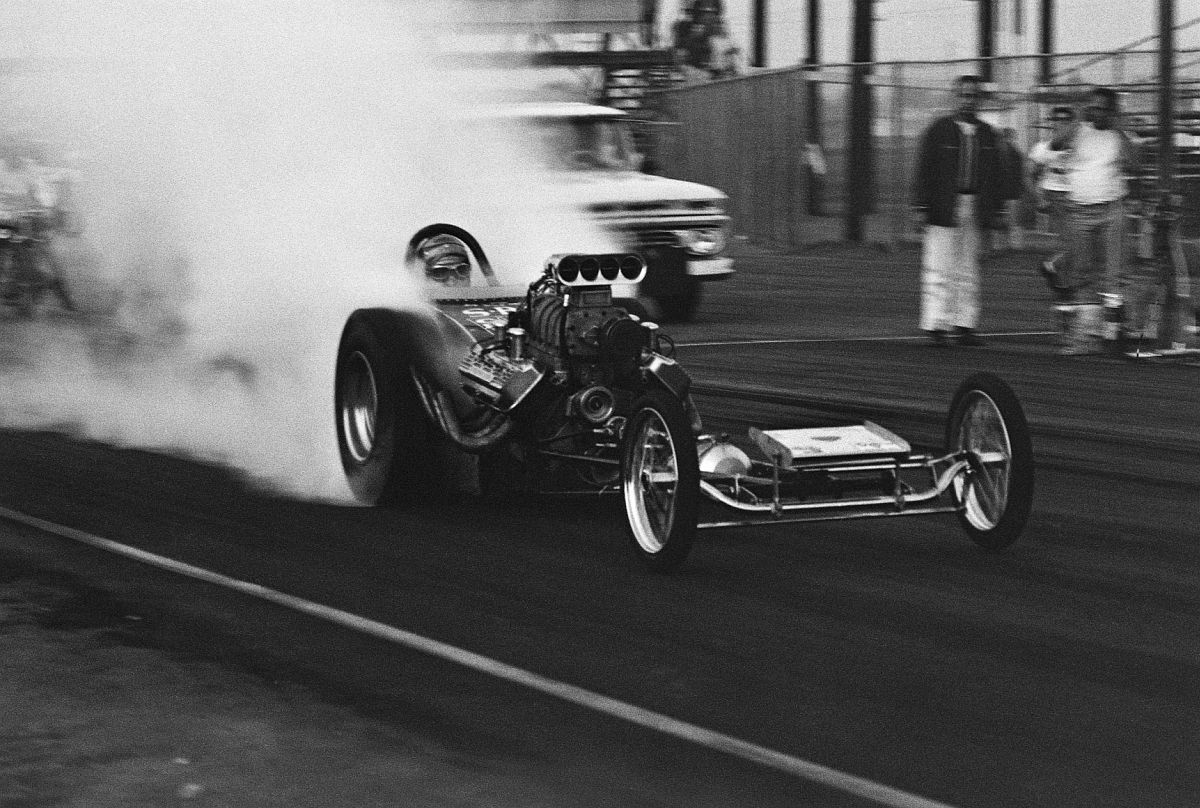 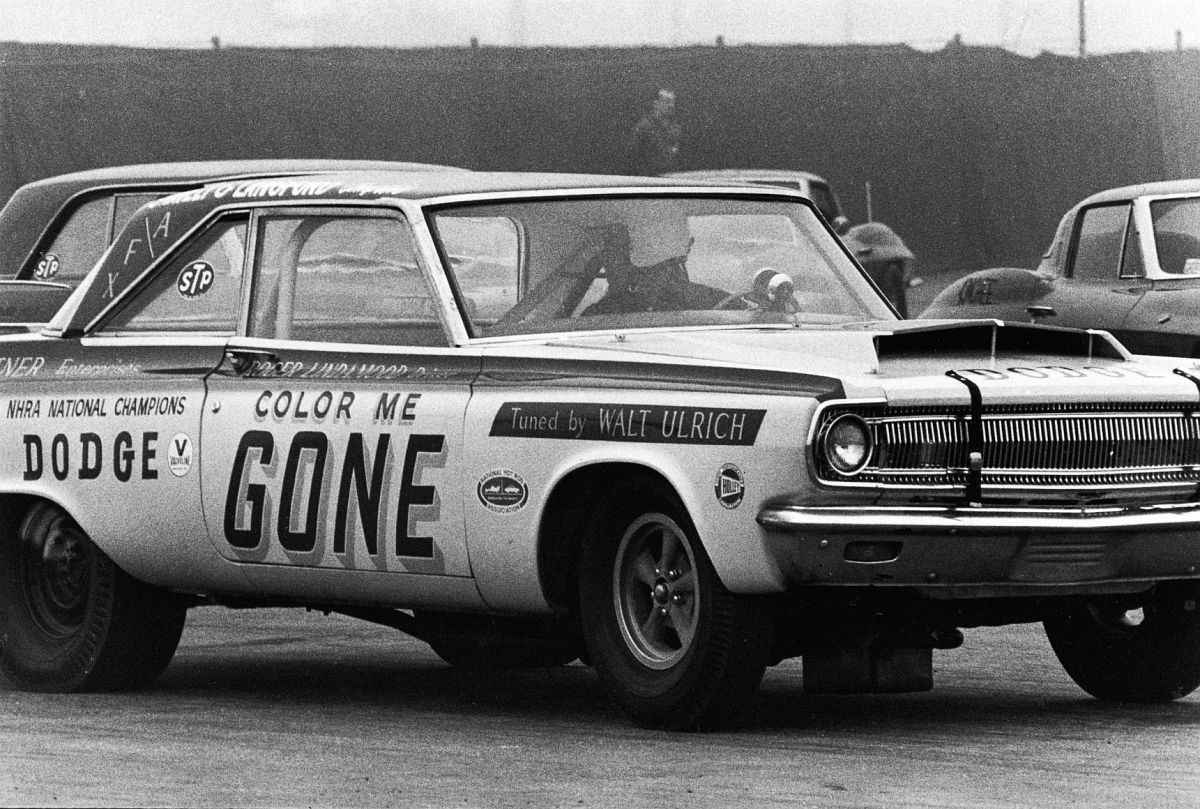 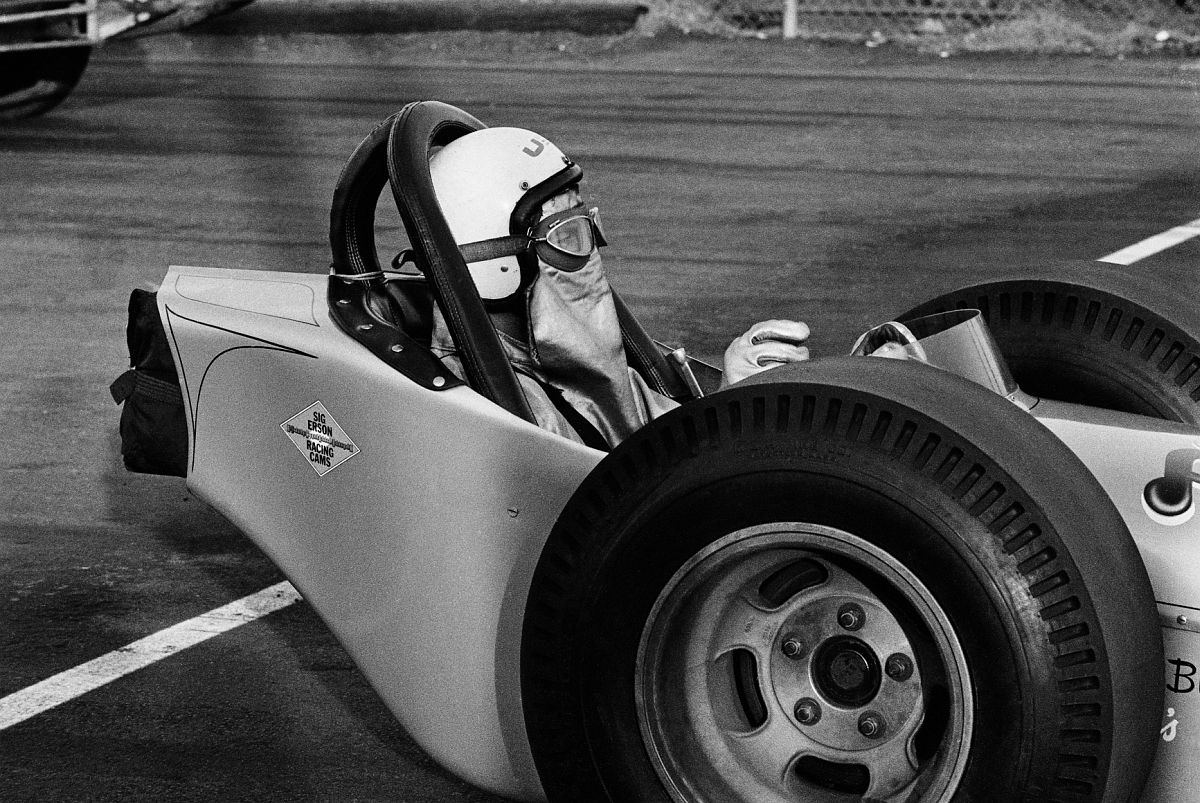