Robert Adams: 27 Roads, a tightly-focused group of photographs spanning almost five decades, will be on view at Fraenkel Gallery from September 6 through October 20, 2018. The road has been a central motif in the work of Robert Adams since the beginning of his life as a photographer, and 27 Roads is the first exhibition to focus on this fundamental aspect of his work. Whether concrete highways, quiet cuts through dark forests, paved commercial strips or dusty tracks on a clear-cut mountainside, Adams’ roads serve as thoughtful metaphors for solitude, connection or freedom.

The exhibition features photographs from Adams’ most well-known and treasured series dating from 1968 to 2013, including The New West, Denver, Prairie, From the Missouri West, California, Listening to the River, and An Old Forest Road. Over many years of exploring this theme, Adams has been drawn to writers who contemplate the symbolism of the road, and the potential of any neglected dirt road or byway to be a place of value. Among the poets who inspired Adams are Wendell Berry, who wrote in The Timbered Choir: “There is a day/when the road neither/comes nor goes, and the way/is not a way but a place.”

27 Roads will be accompanied by a new, exquisitely printed hardcover catalogue, to be distributed by Artbook/D.A.P. In the book Adams writes, “Roads can still be beautiful. Occasionally they appear like a perfect knife slicing through a perfect apple, the better to show that two halves are one.” 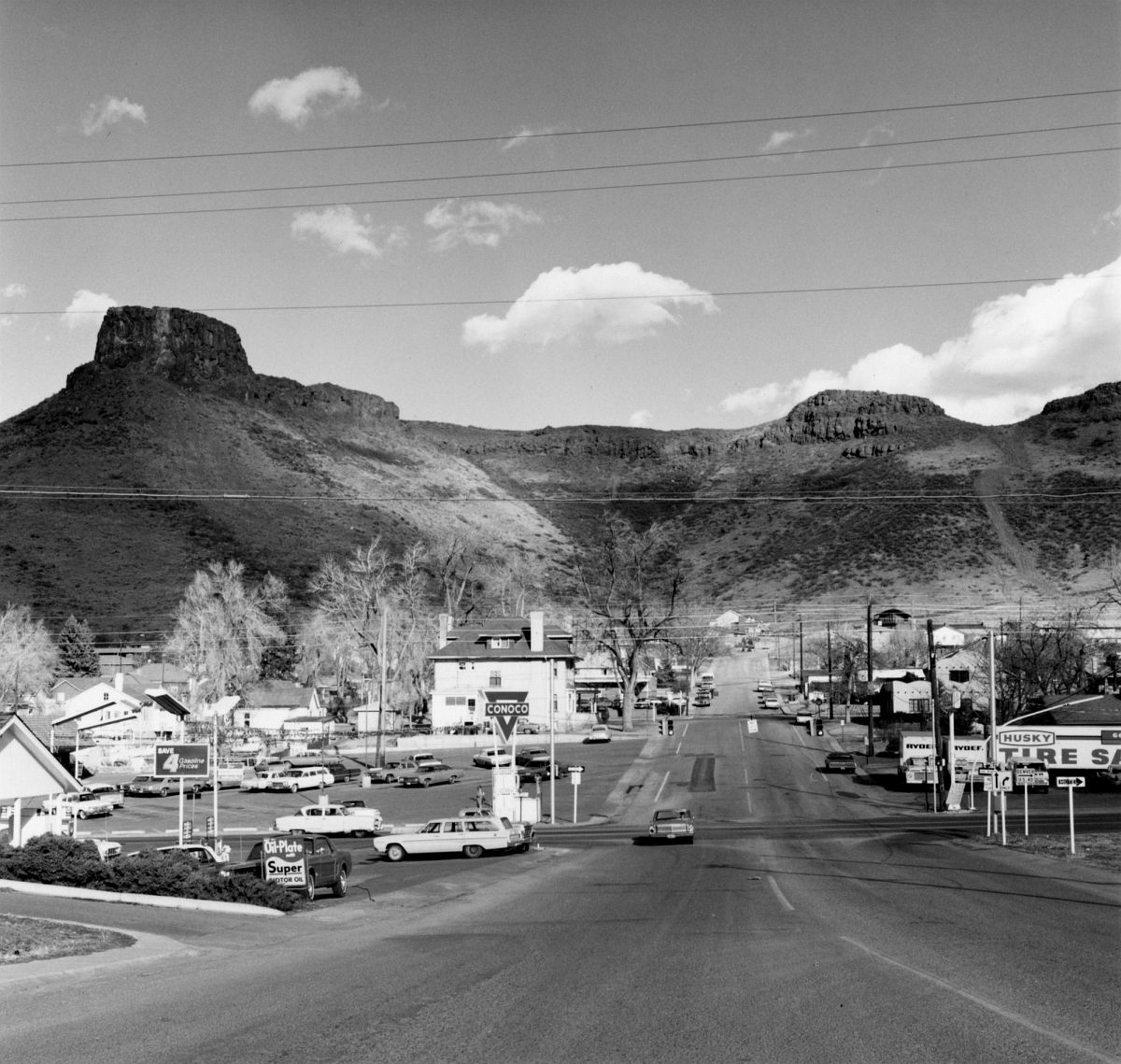 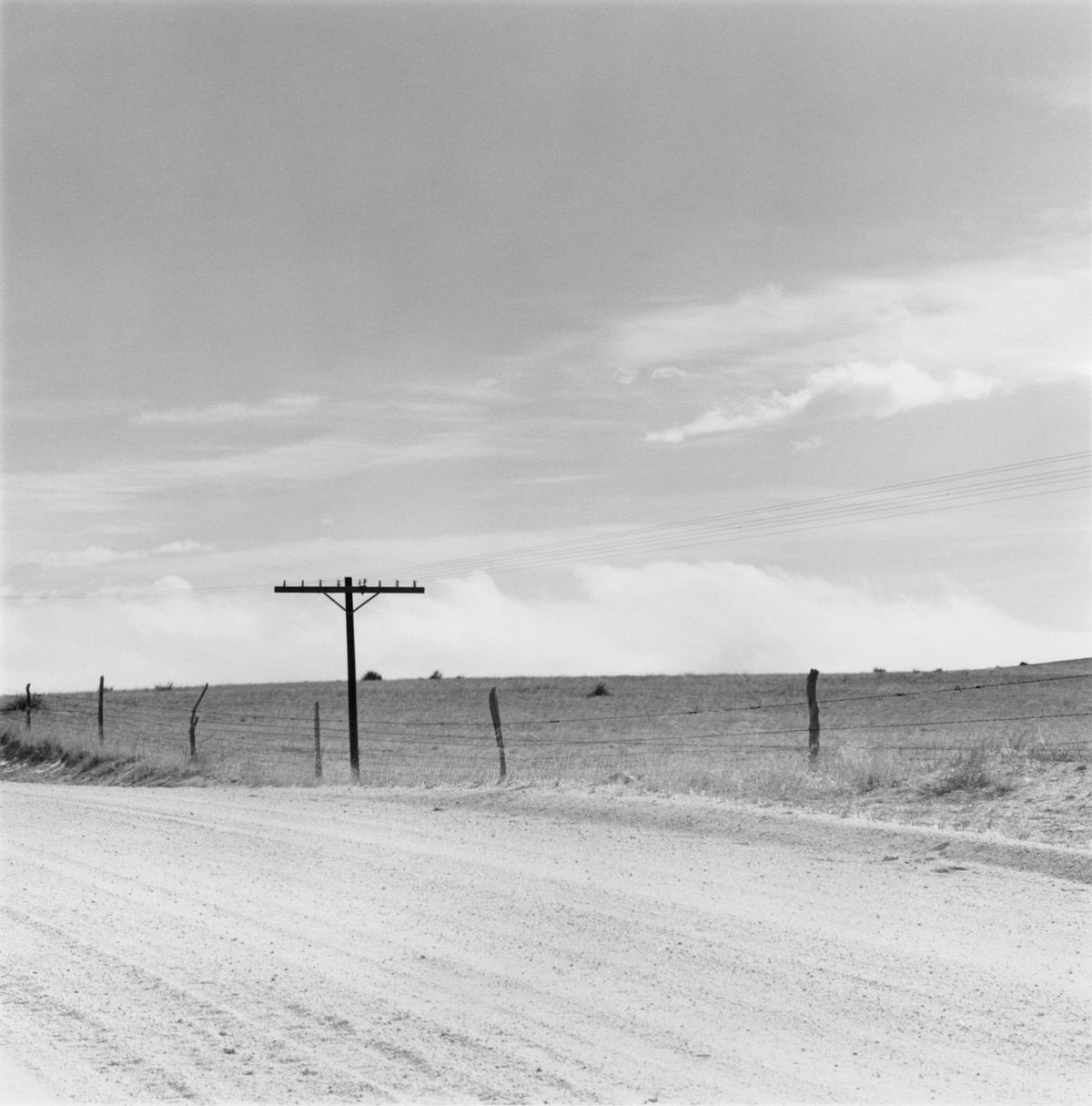 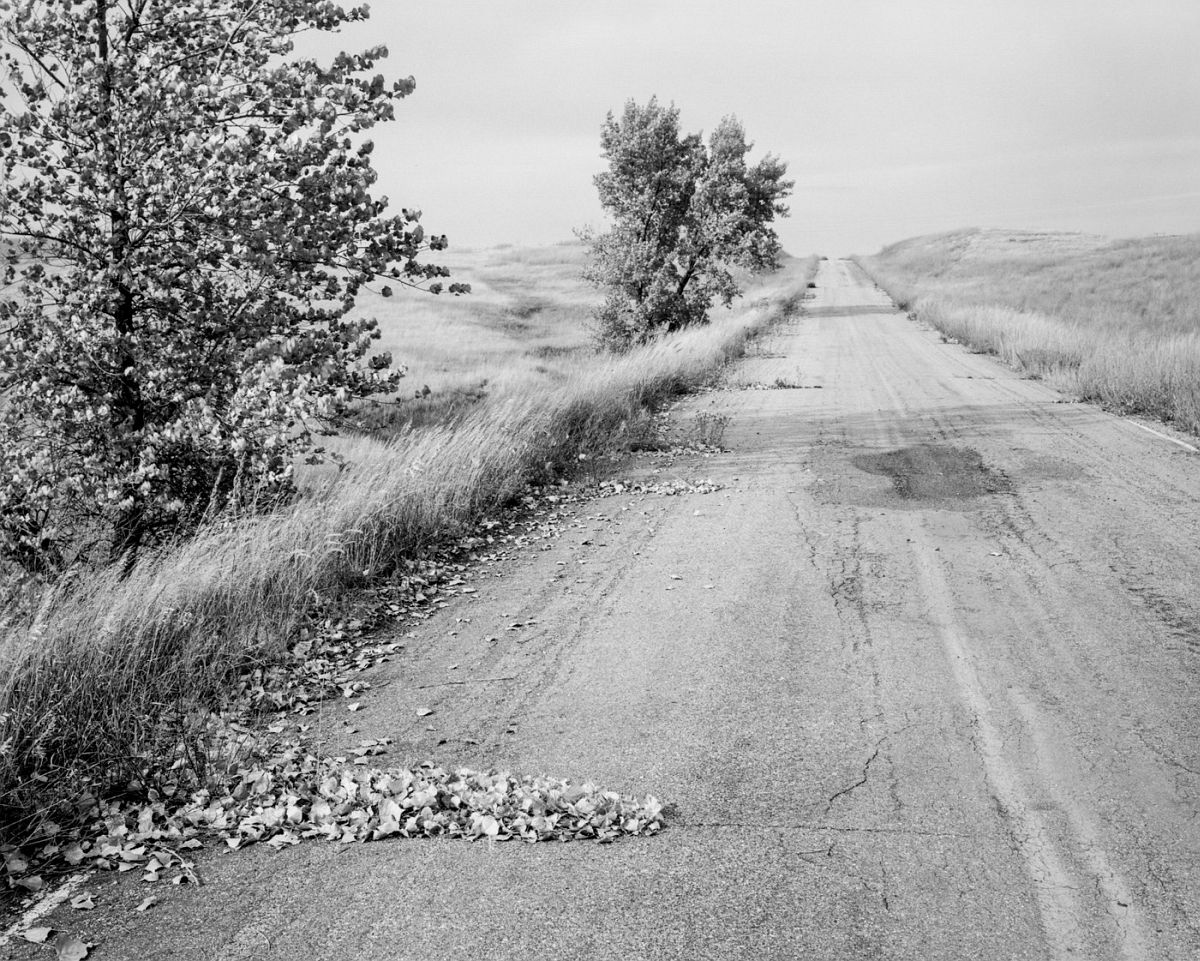 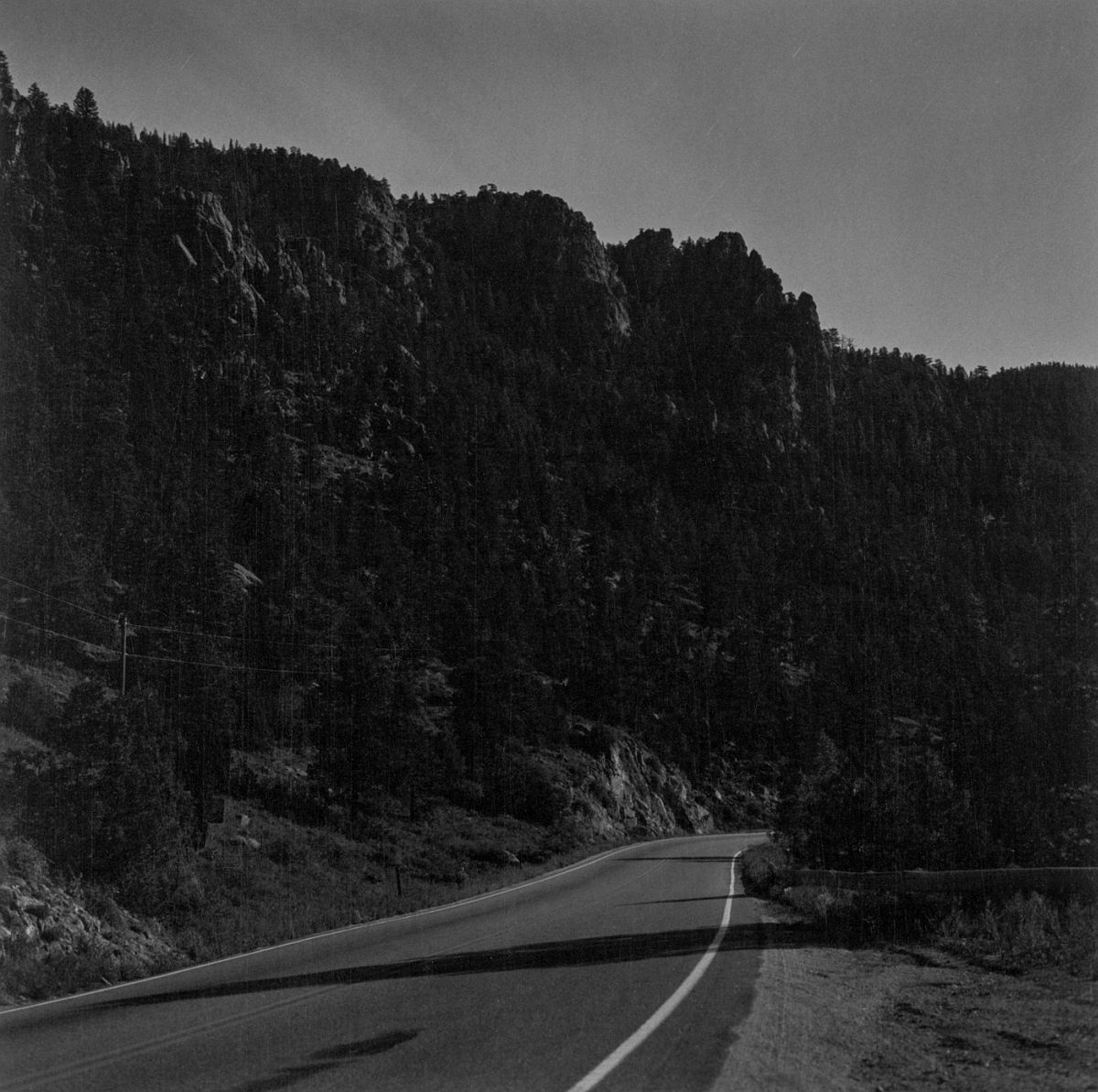 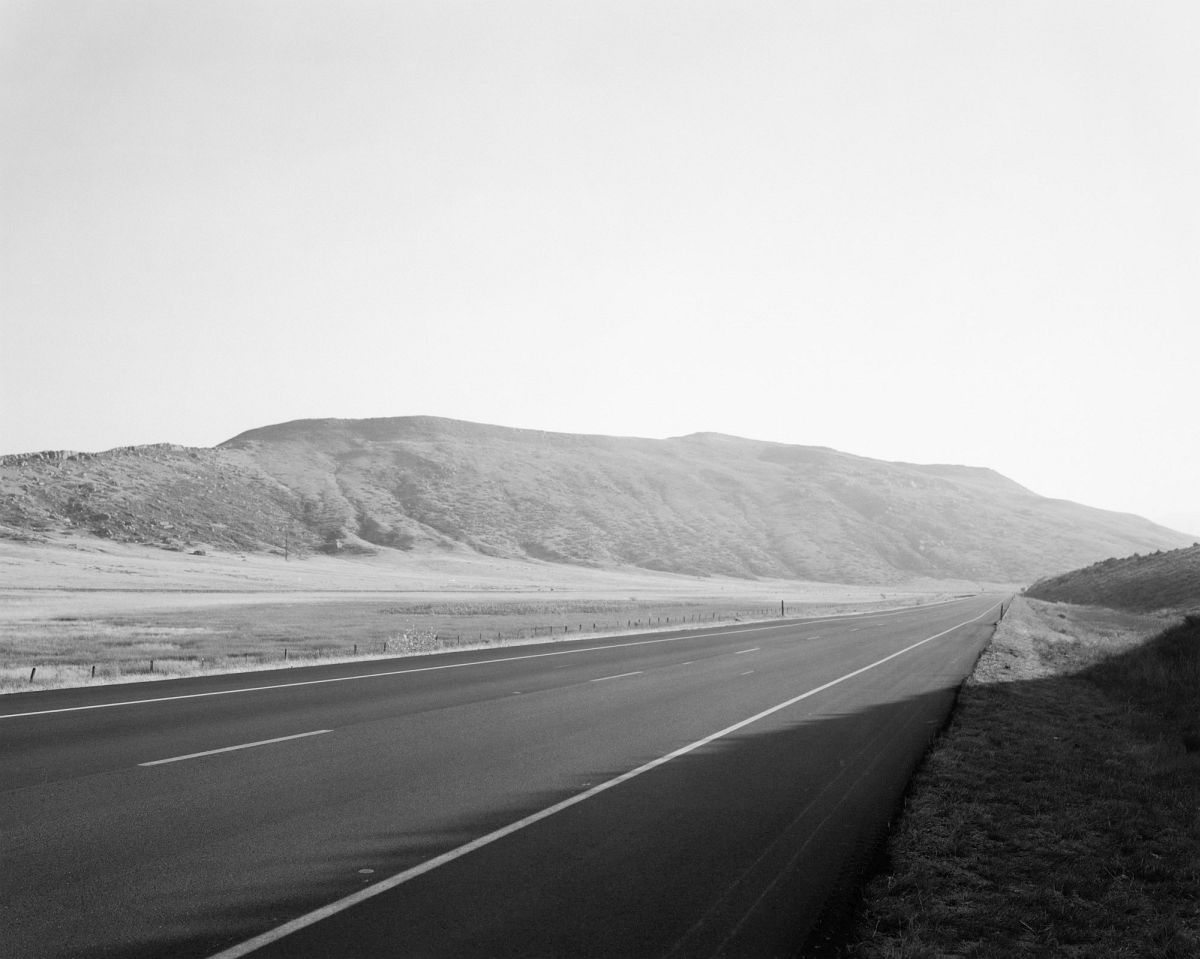