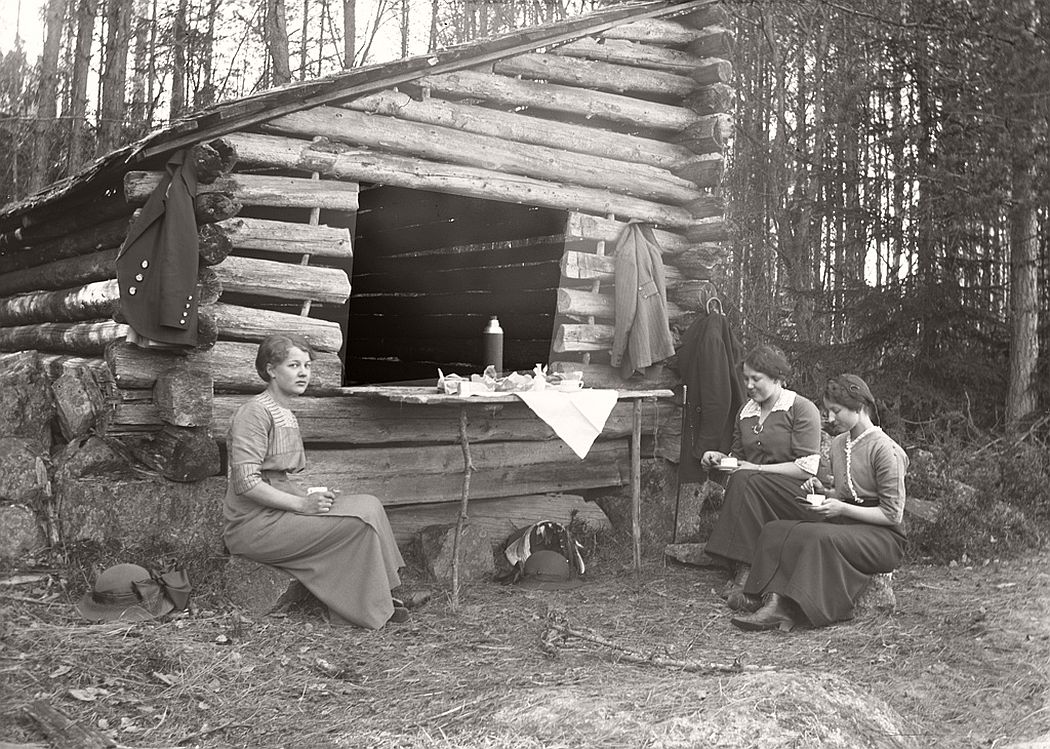 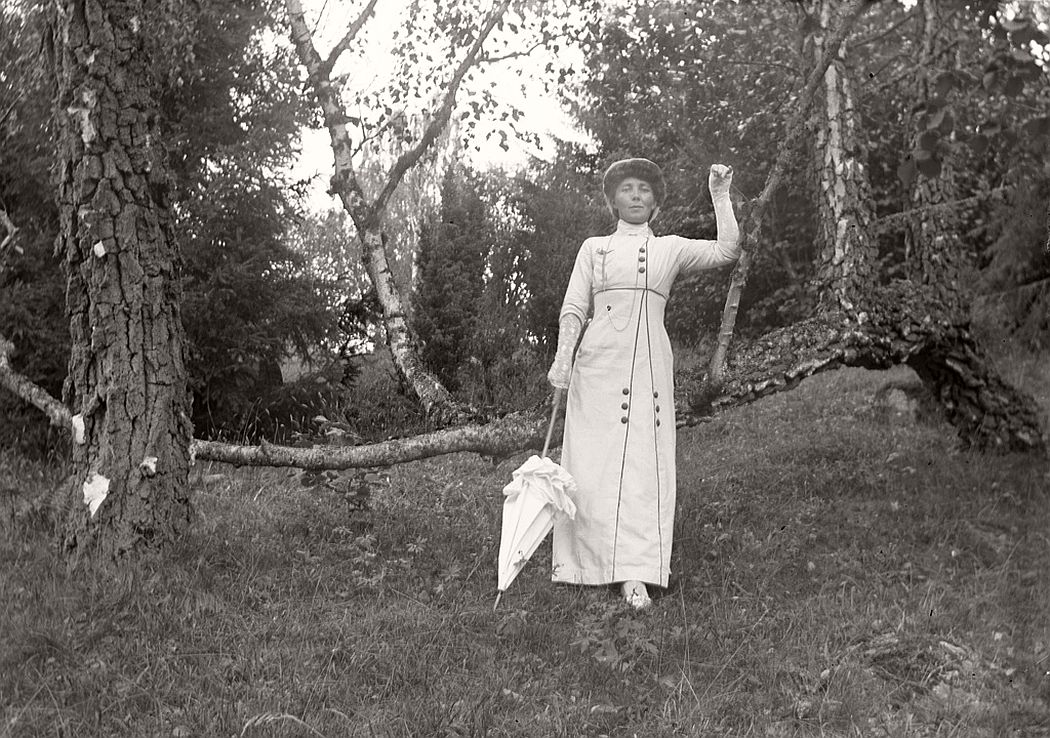 Hanna Sund in 1914. She was one of Oskar Jaren favorite models. 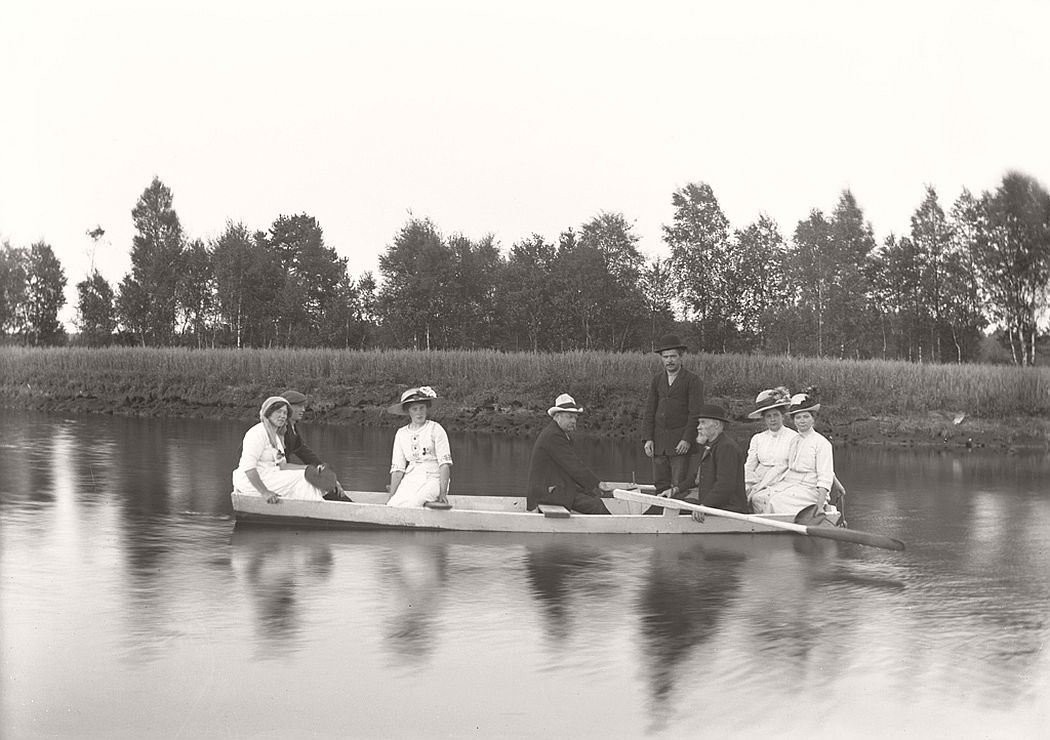 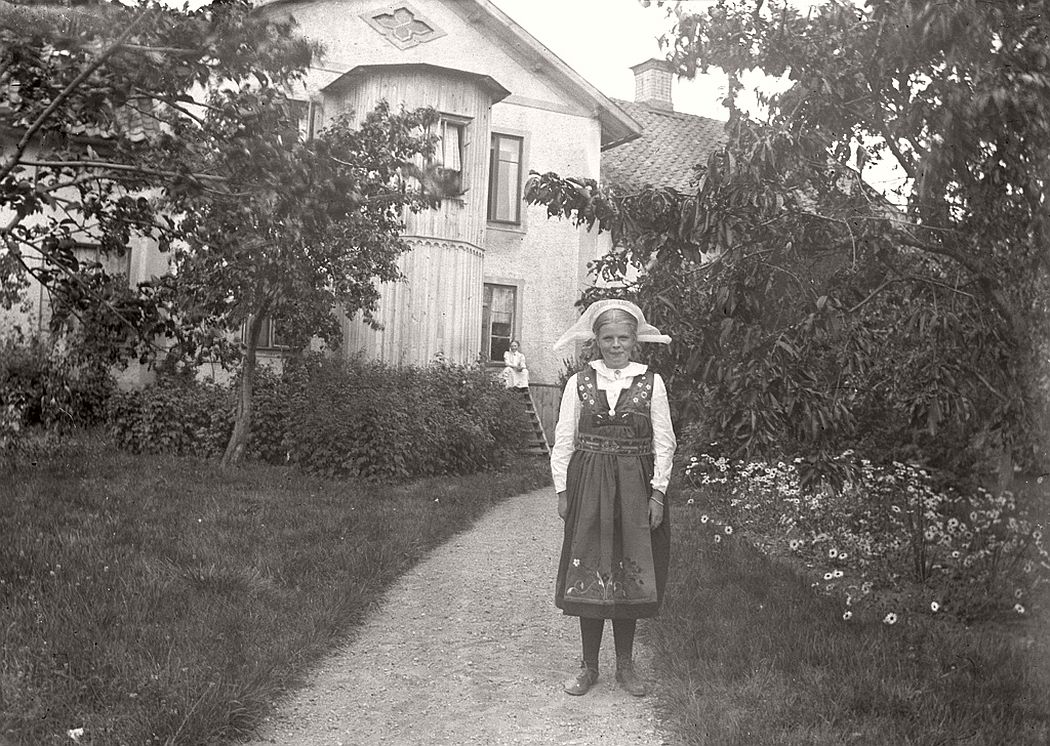 The girl in the beautiful Sweden suit is not certain identified yet. But the photo was taken outside the State Building in Hästeryd, Frinnaryd 1915. 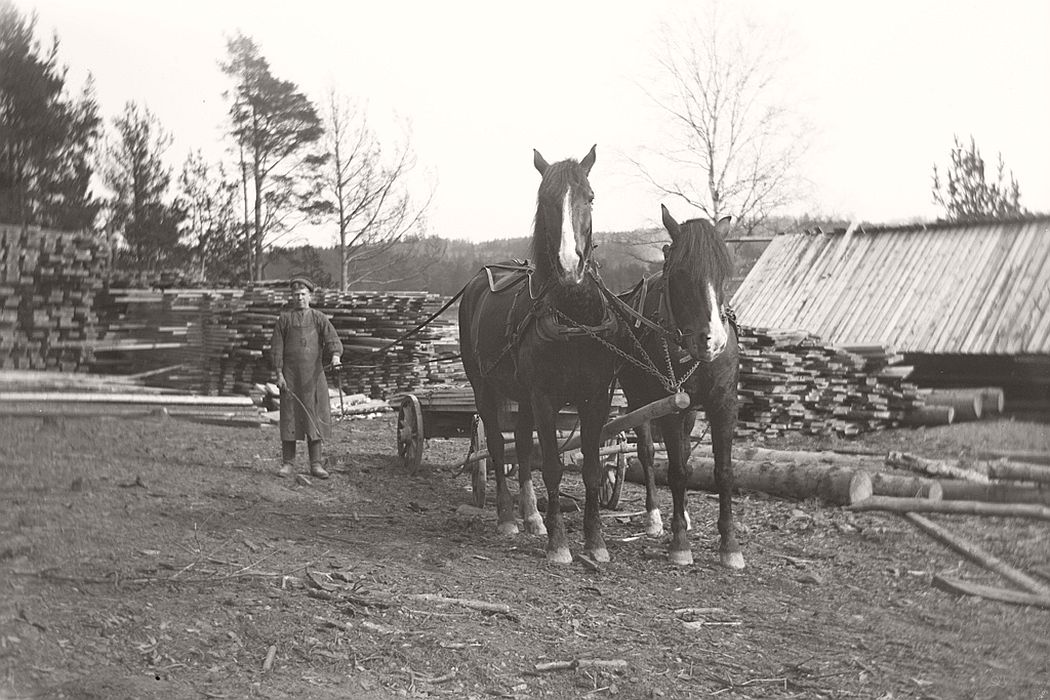 Saw horses and farmhand in 1913. This image from a temporary sawmill is probably from Fisherman home / Reverse during Frinnaryds vicarage. Oskar Jaren has namely taken several pictures from around the same time. 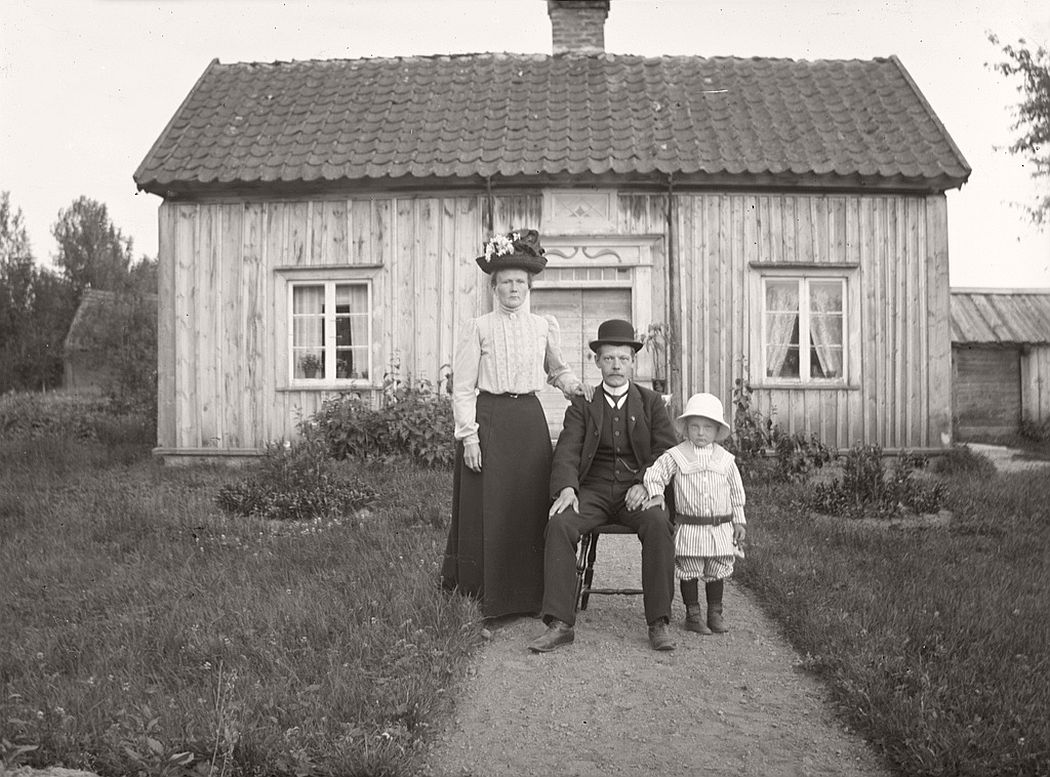 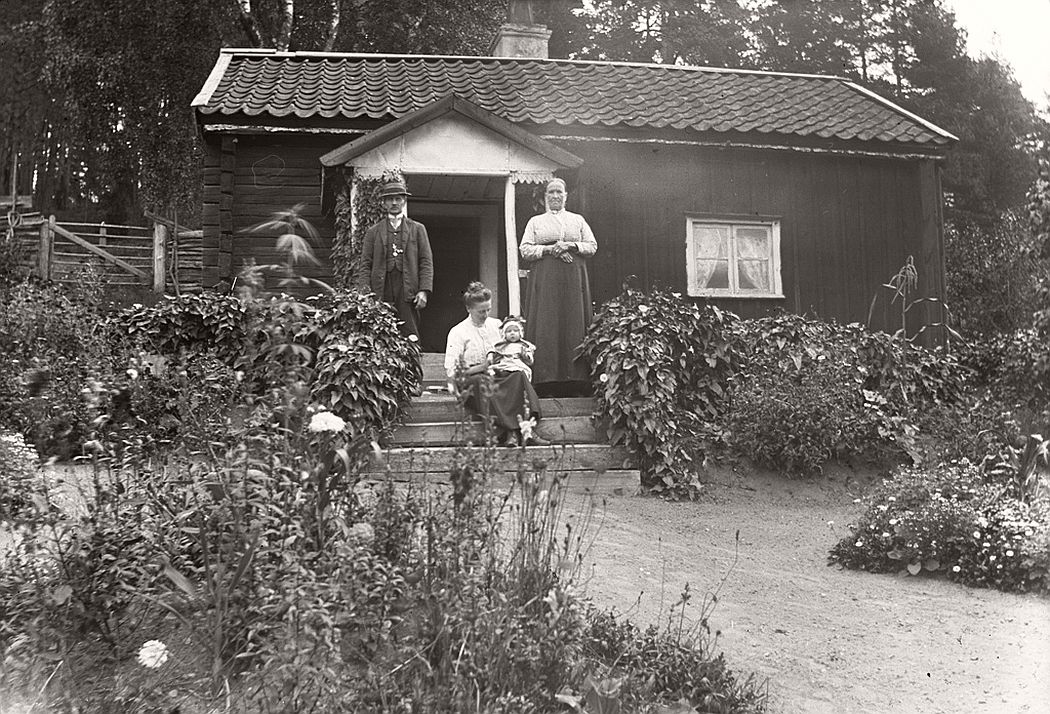 Rakelt, Vrångsjö 1913. Rakelt or Peraklet was a cottage in Vrångsjö manor in Marbäck. The picture shows torparparet Gustav Engdahl (b. 1850) and Augusta Engdahl (b. 1848) and their daughter Esther Engdahl (b. 1888) and her daughter Marta Linnea Ingegerd (b. 1913). 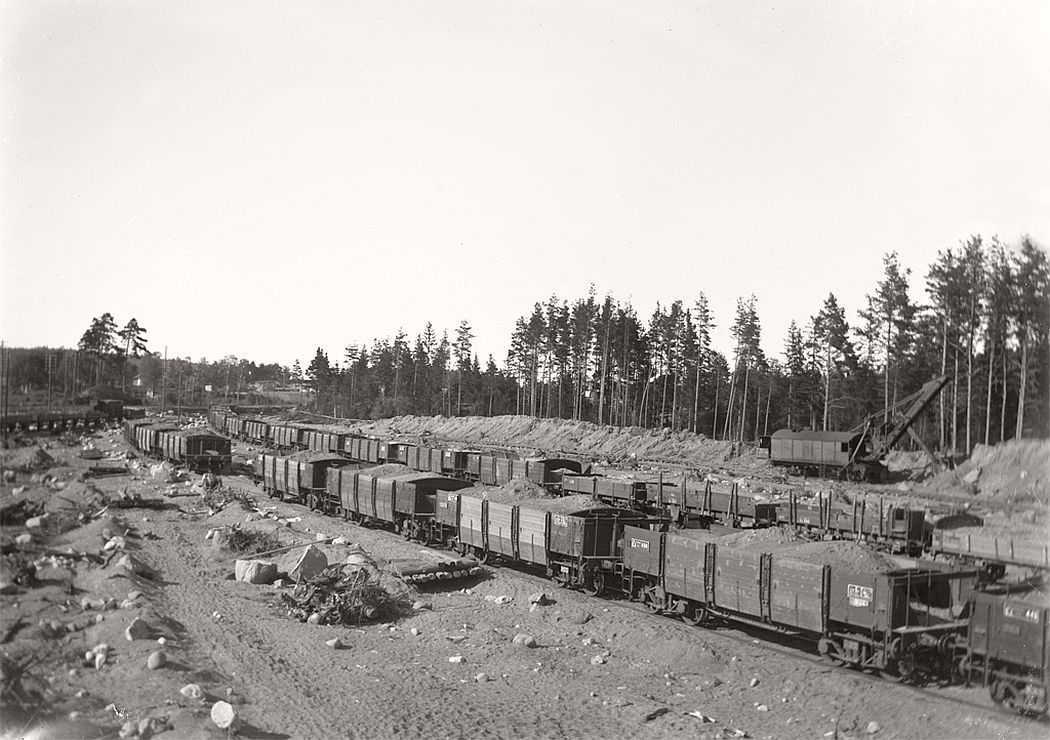 Gravel groove in Frinnaryd. The picture is taken at double the building on East Main Line in 1920 – 22. 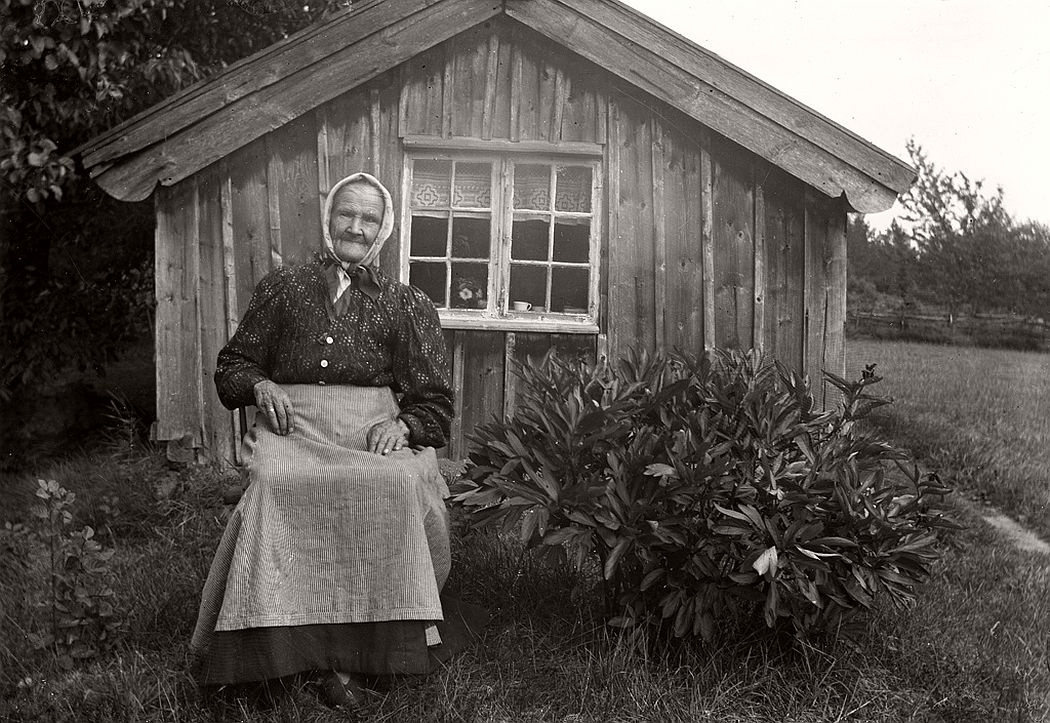 Grandmother sitting in front of her cottage. 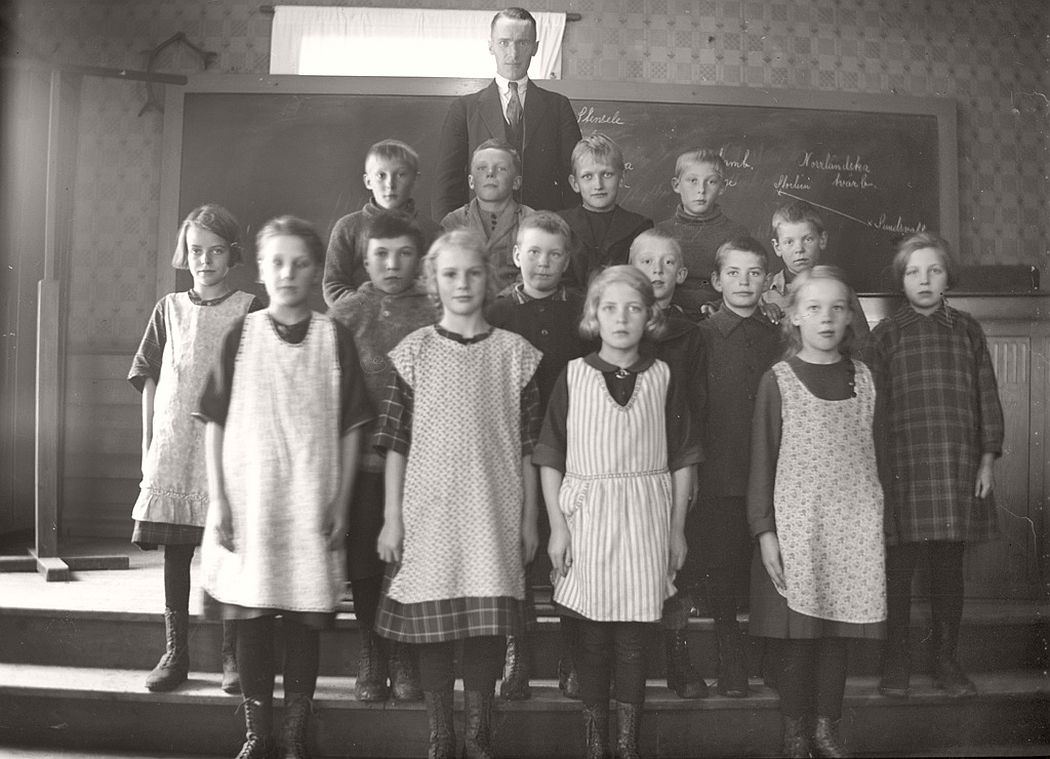 The elementary school, lower section in 1926. 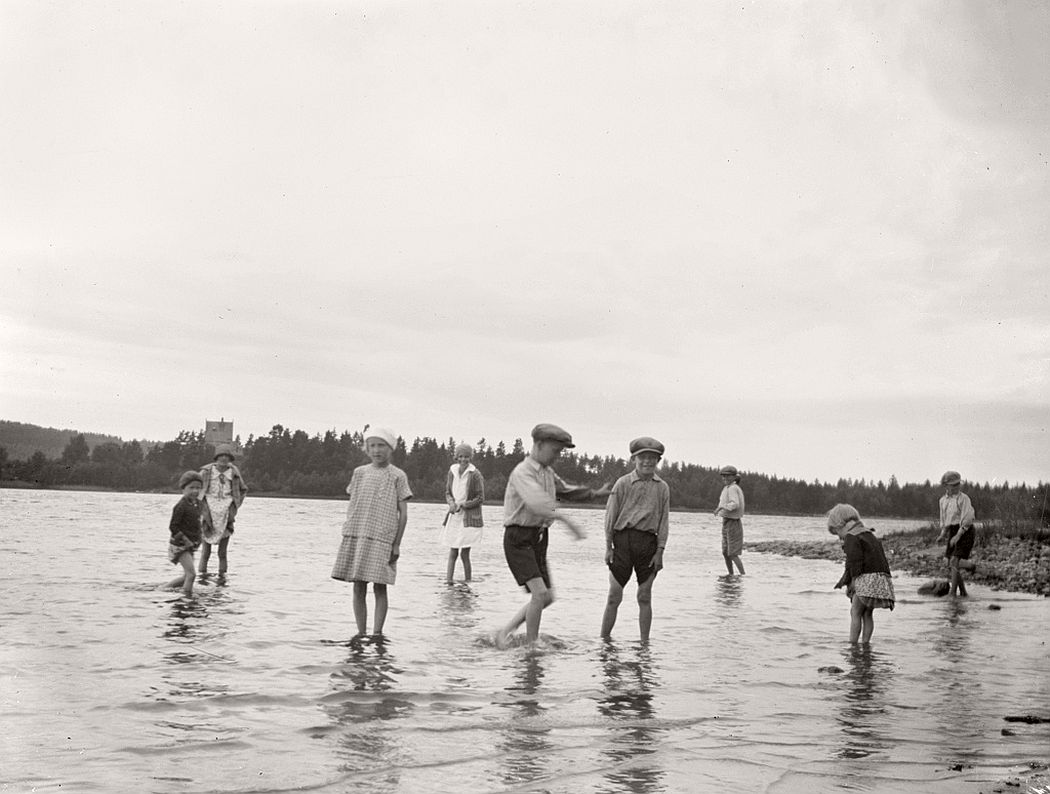 The motives of Lake Ralången with Stjärne Castle in the background. The children in the foreground is probably the family Söderholm. 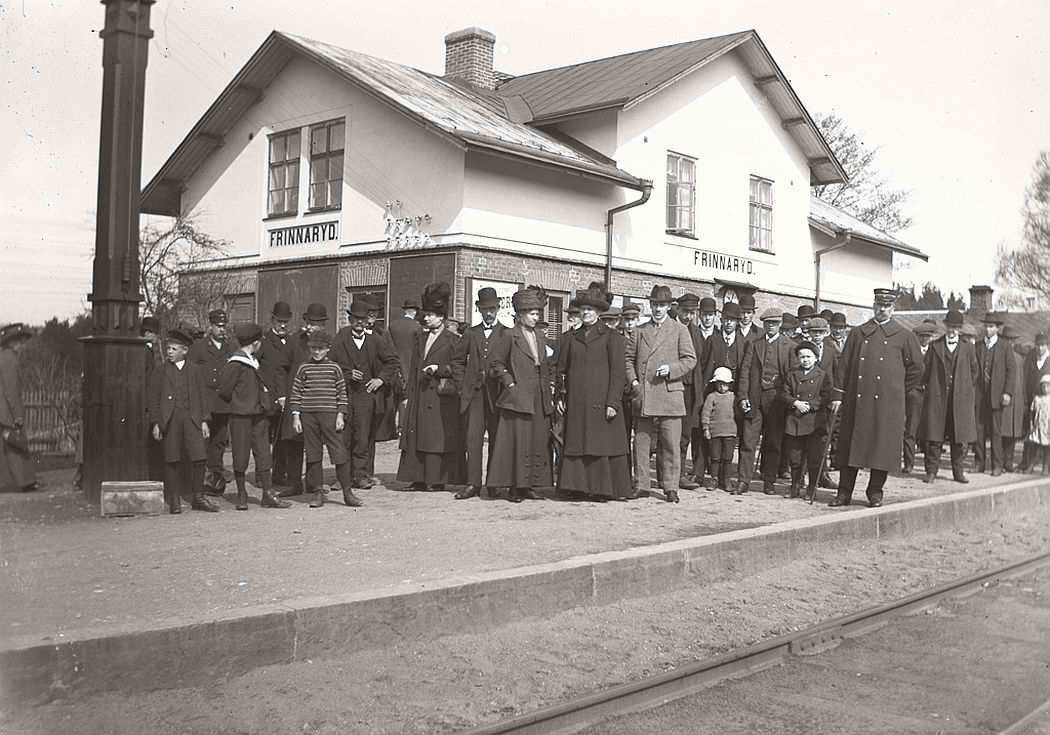 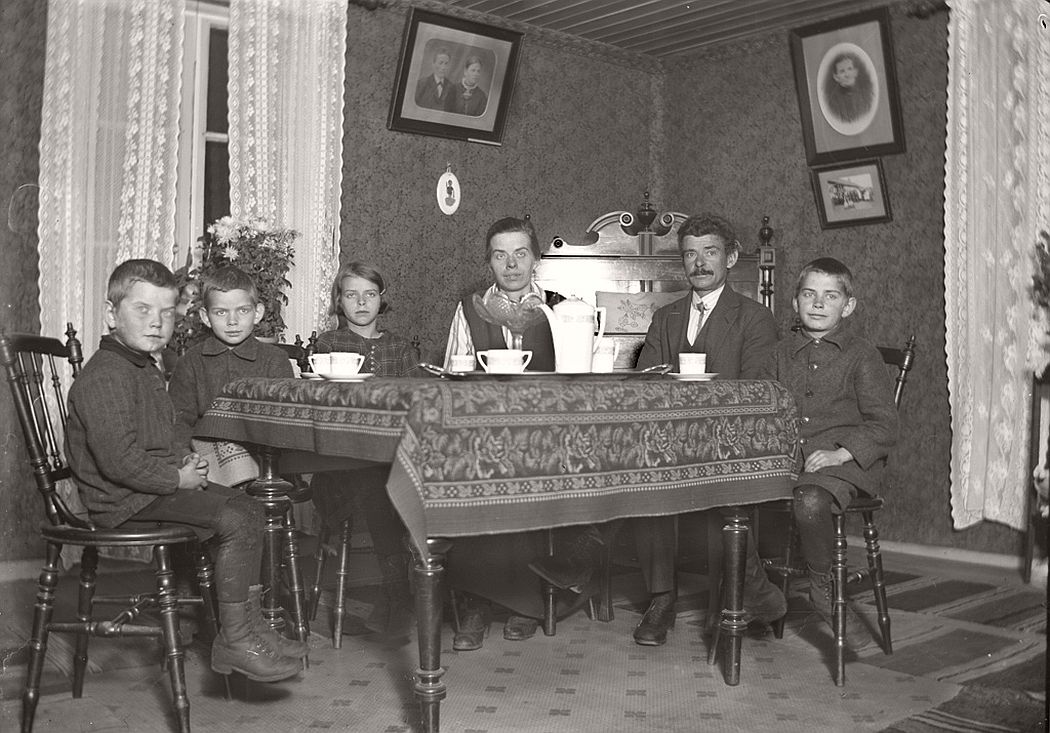 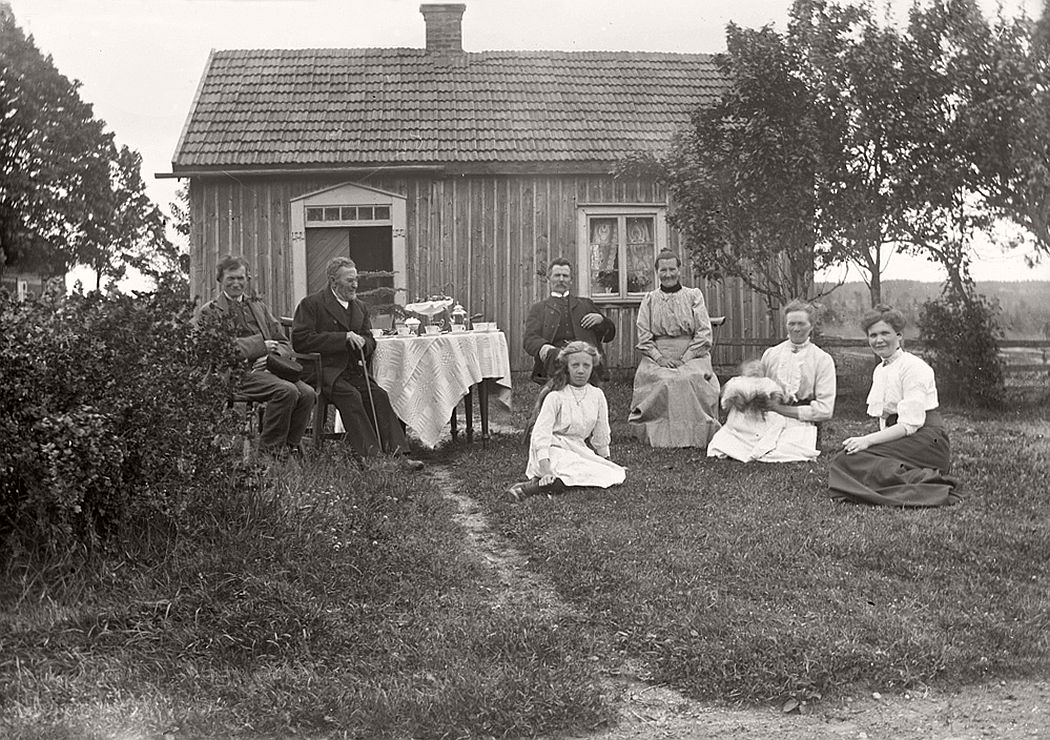 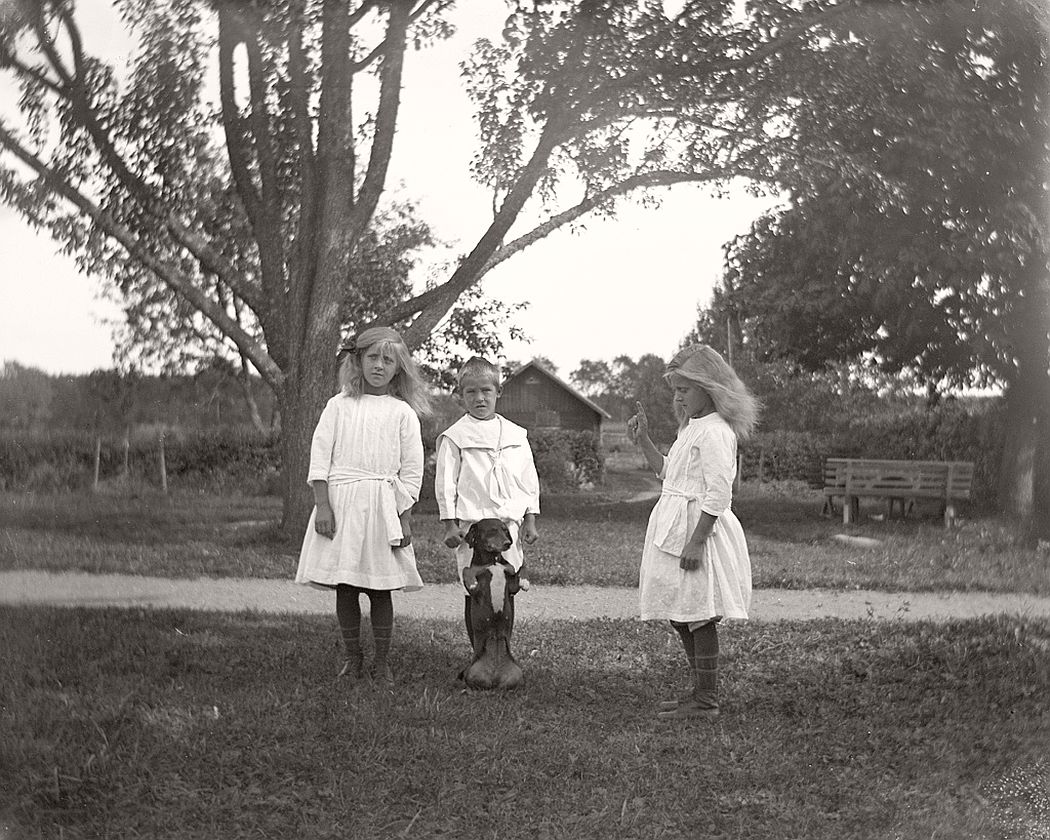 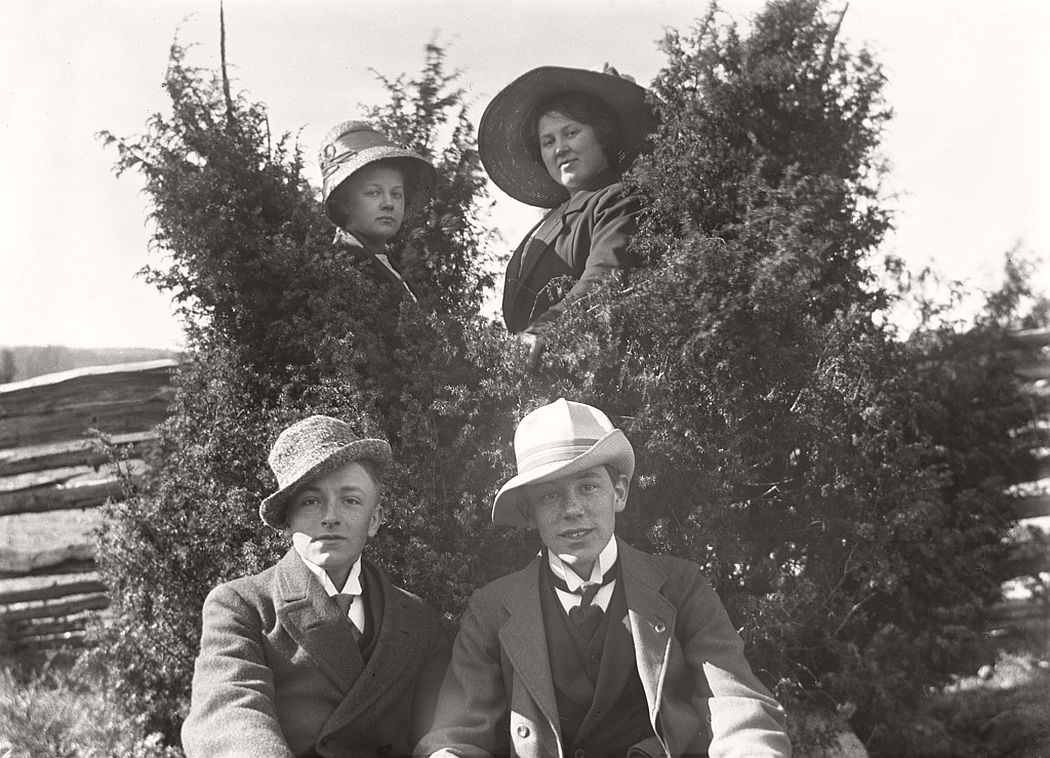 Two in front and two behind the junipers. The women in the background is Carola Aurell and Maria Andersson. The young man on the left is called Henning Aurell and is the brother of Carol Aurell. The man on the right is not yet identified. 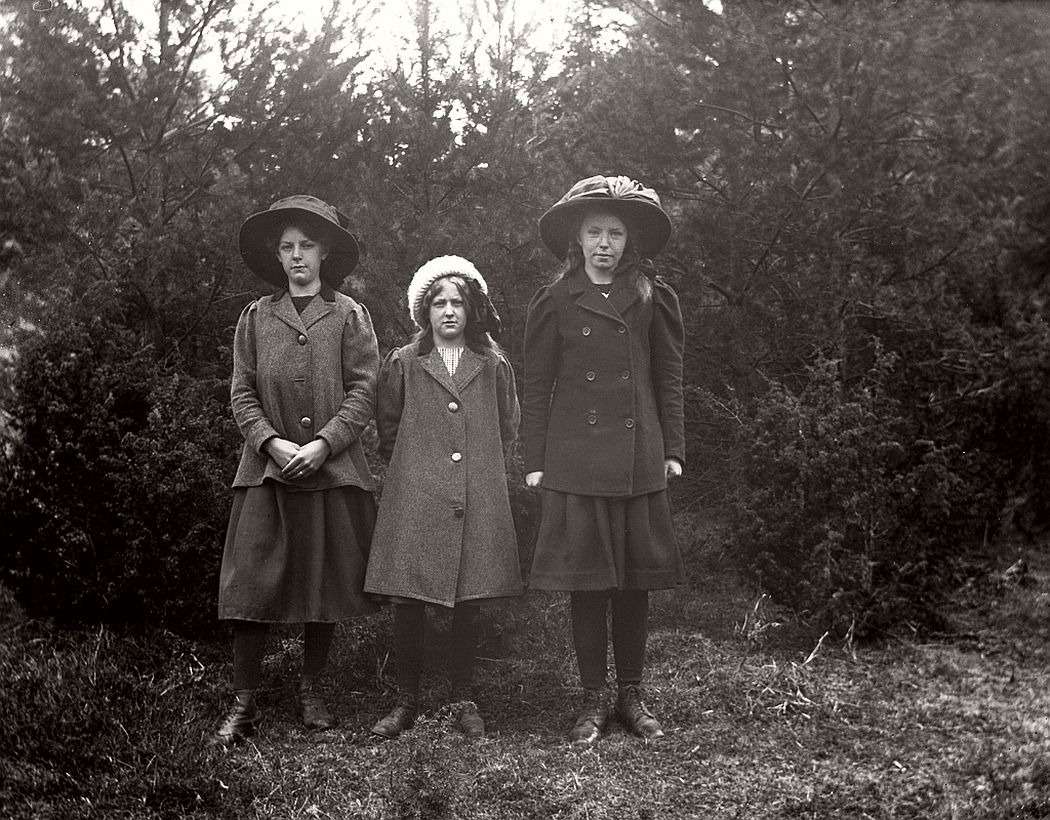 Three girls in the forest. 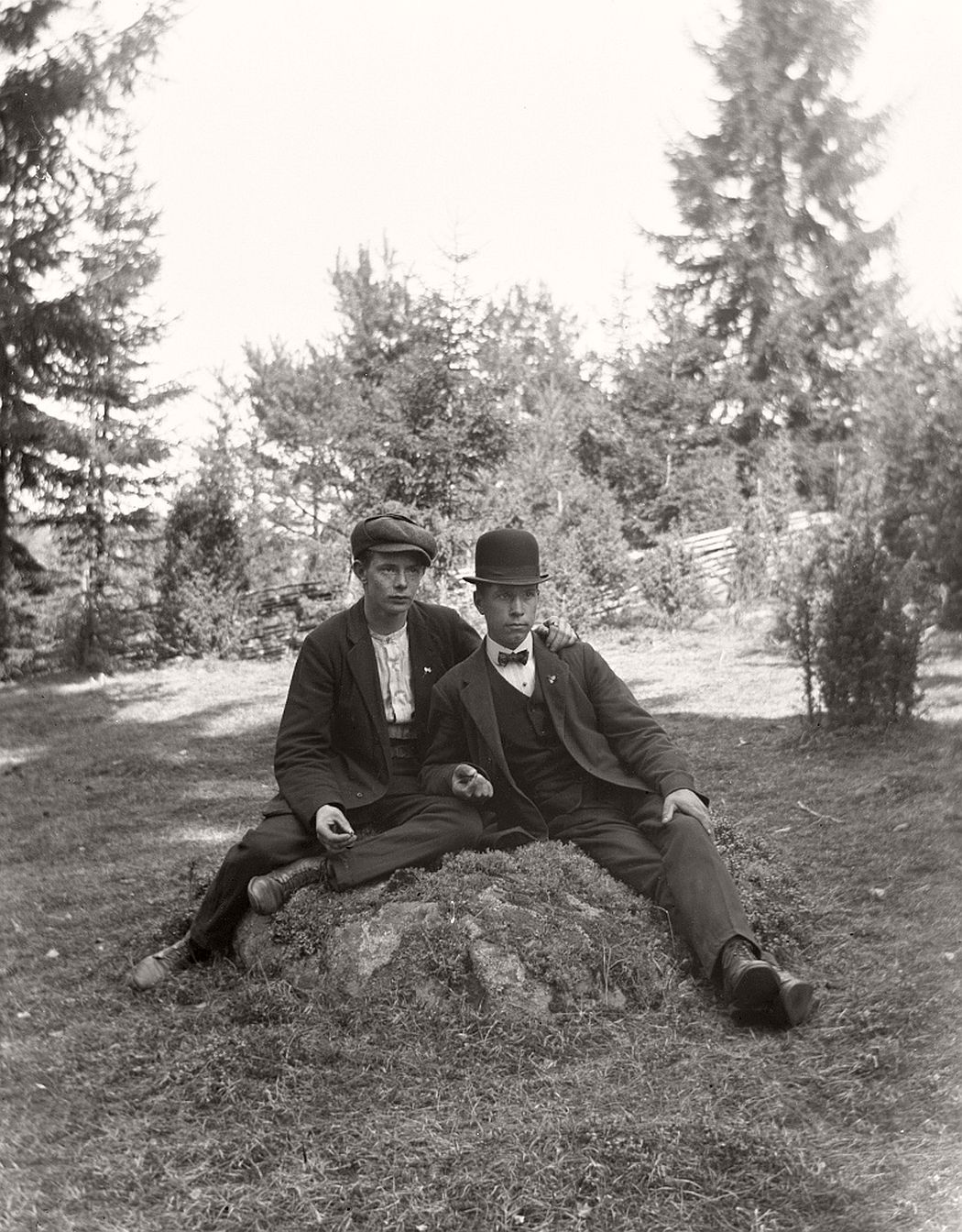 Two men on stone. To the left of the stone is Charles Smith (b. 1892), who was a profession painter and well known in Frinnaryd. The man on the right is not yet identified. 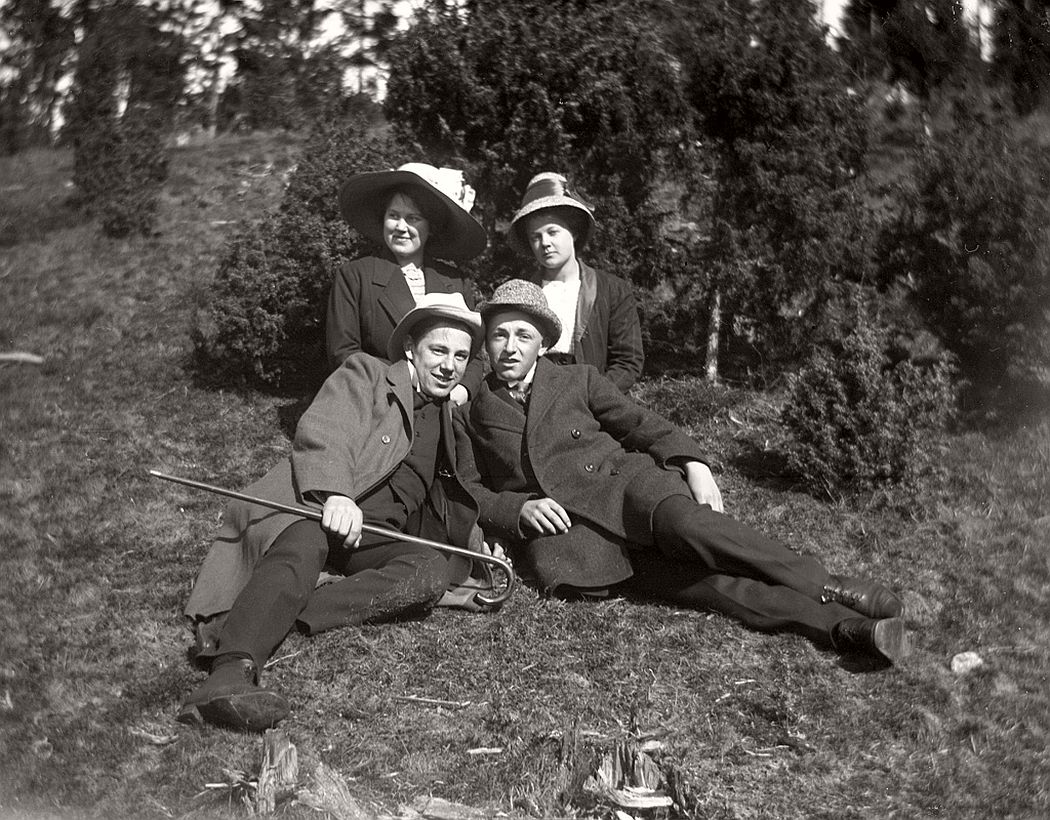 People in the image is Maria Andersson, Carola Aurell and Henning Aurell (right). The fourth of the cloverleaf yet unknown. Around 1915. 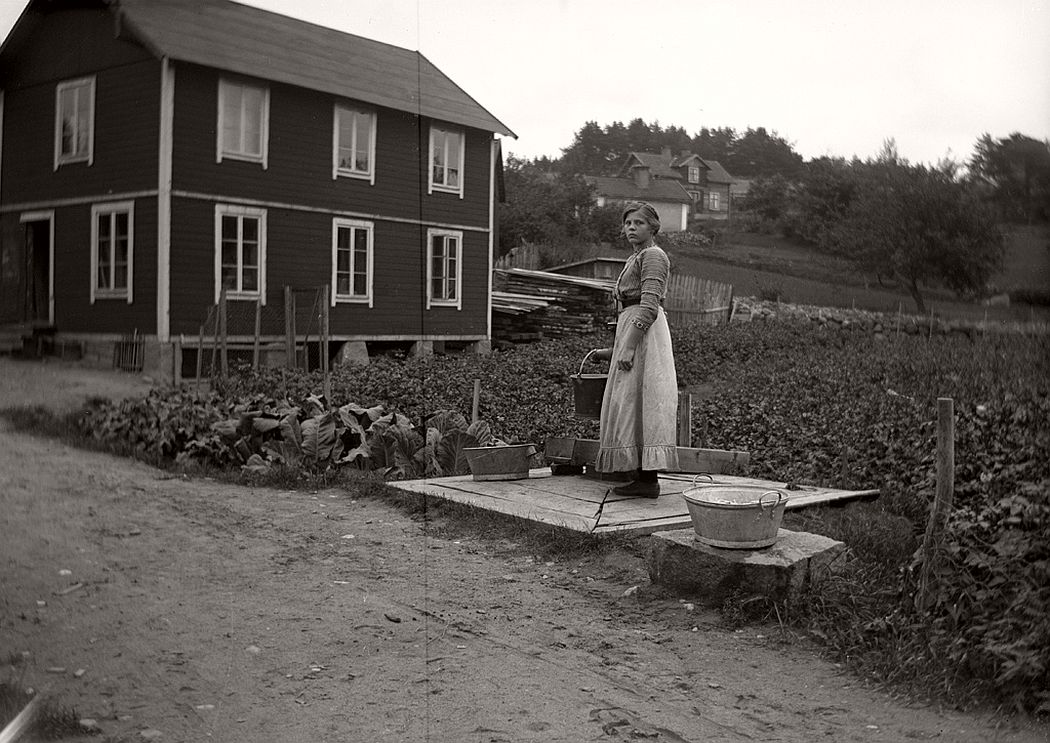 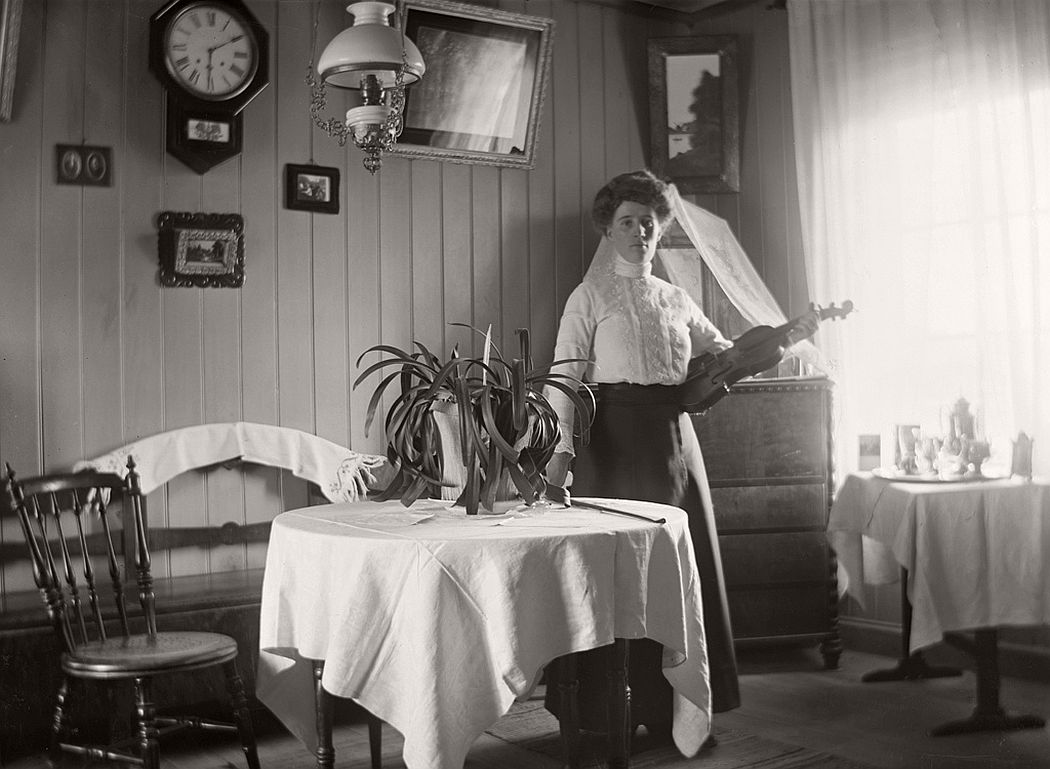 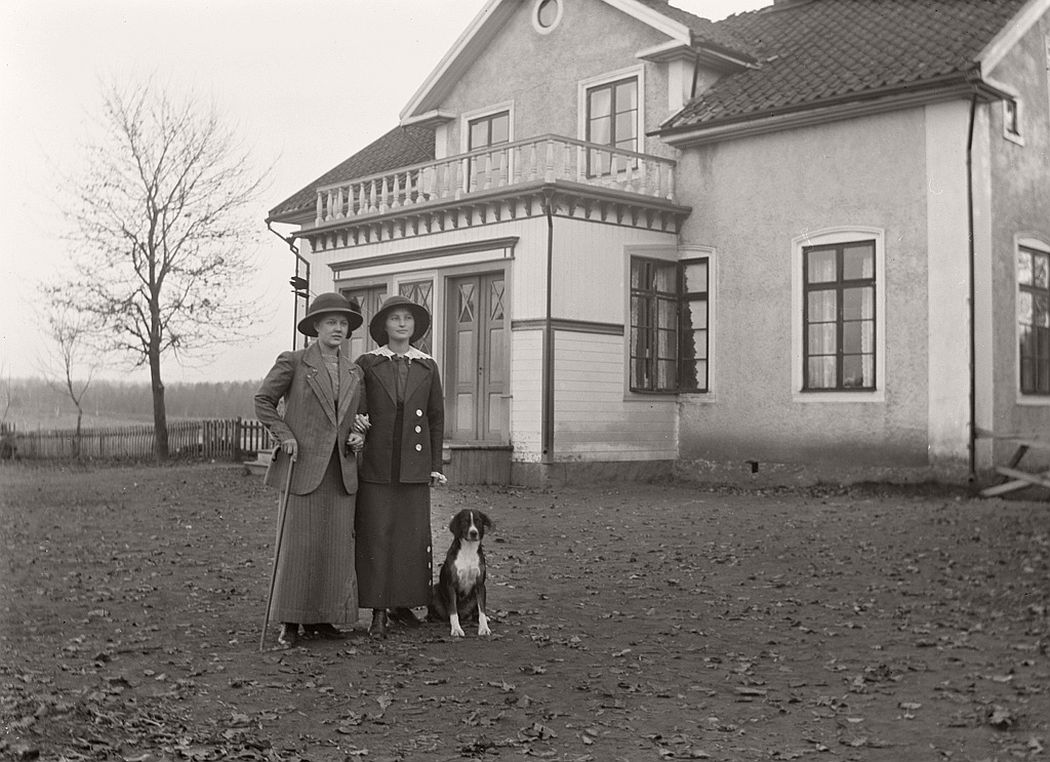 Klara Thorsson and Carola Aurell (school teacher) outside the school in Frinnaryd. 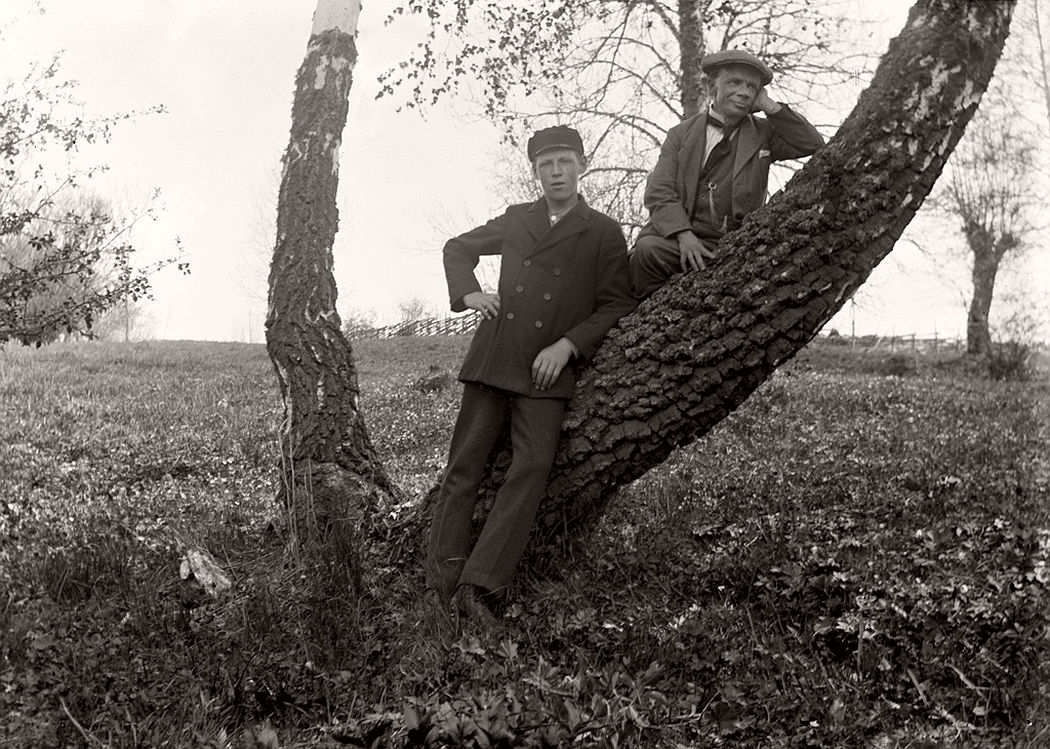 Two men on the tree. 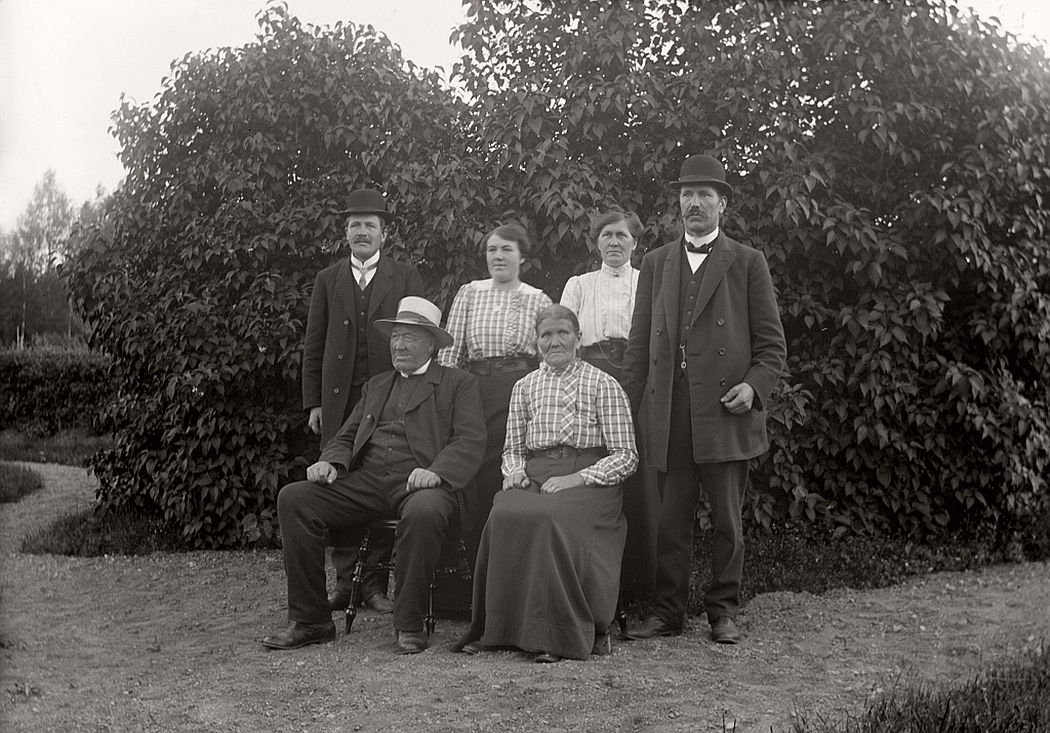 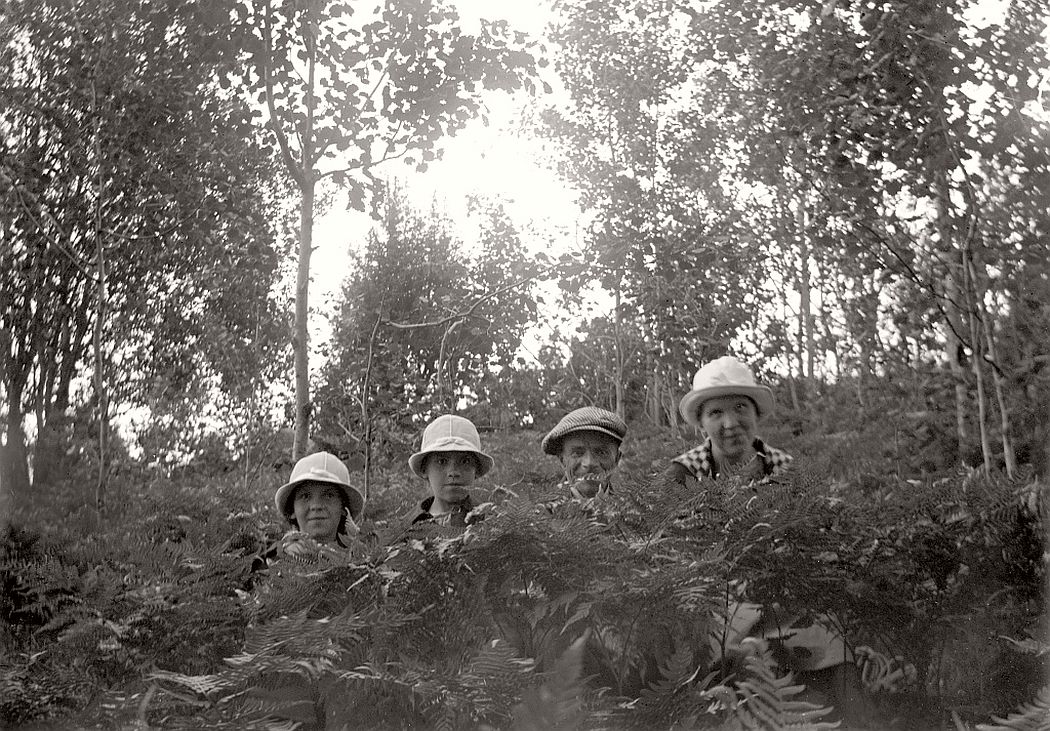 Fancy hats! Here Oskar Jarén using the self-timer / long exposure photographed himself (no. 3 from the left) along with the Gustafsson girls in the neighboring house, ca. 1920. These three girls were daughters of Karl Gustafsson in Karlsborg.