Jessie Tarbox Beals (1870 – 1942) was an American photographer, the first published female photojournalist in the United States mostly known for her portraits of places such as Bohemian Greenwich Village.

Greenwich Village became widely identified as America’s bohemia by the mid-1910s. The radicals who lived in Greenwich Village in the early 20th century rejected traditional structured socialization, preferring instead bohemian informality. Yet they often met in Village hangouts to discuss their ideas about revolution and art. These places, and the individuals that frequented them, earned the Village its reputation as America’s Left Bank and attracted tourists and those who wanted to live the bohemian lifestyle. 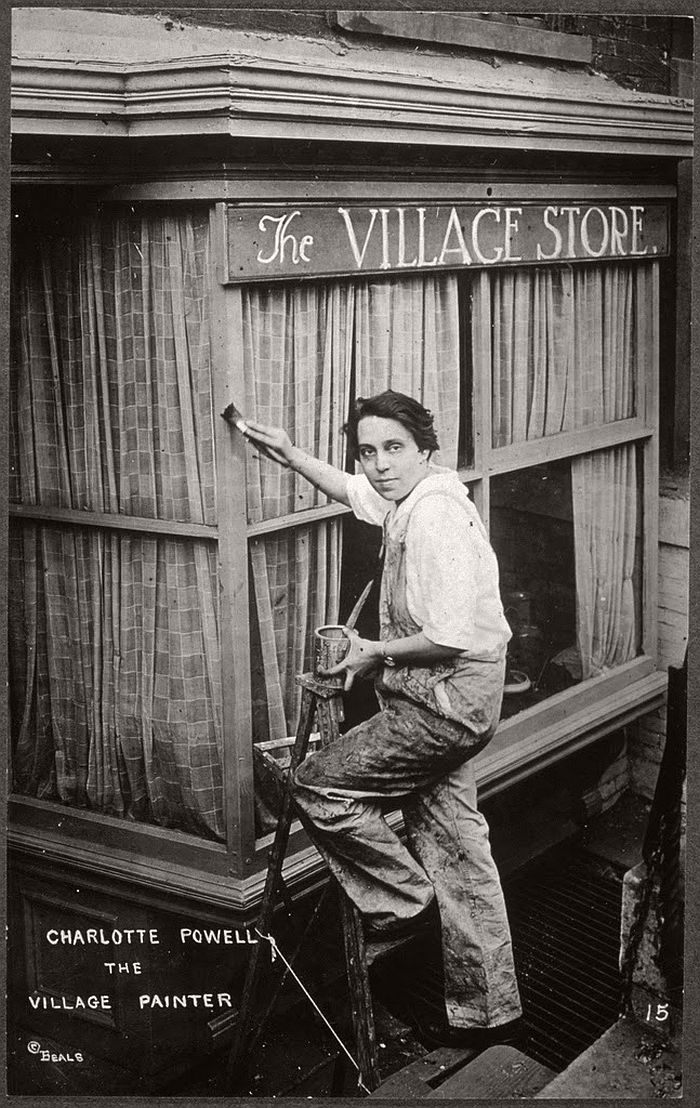 Portrait of Charlotte Powell standing on a ladder and painting the exterior of The Village Store, Sheridan Square, ca. 1915-1926. 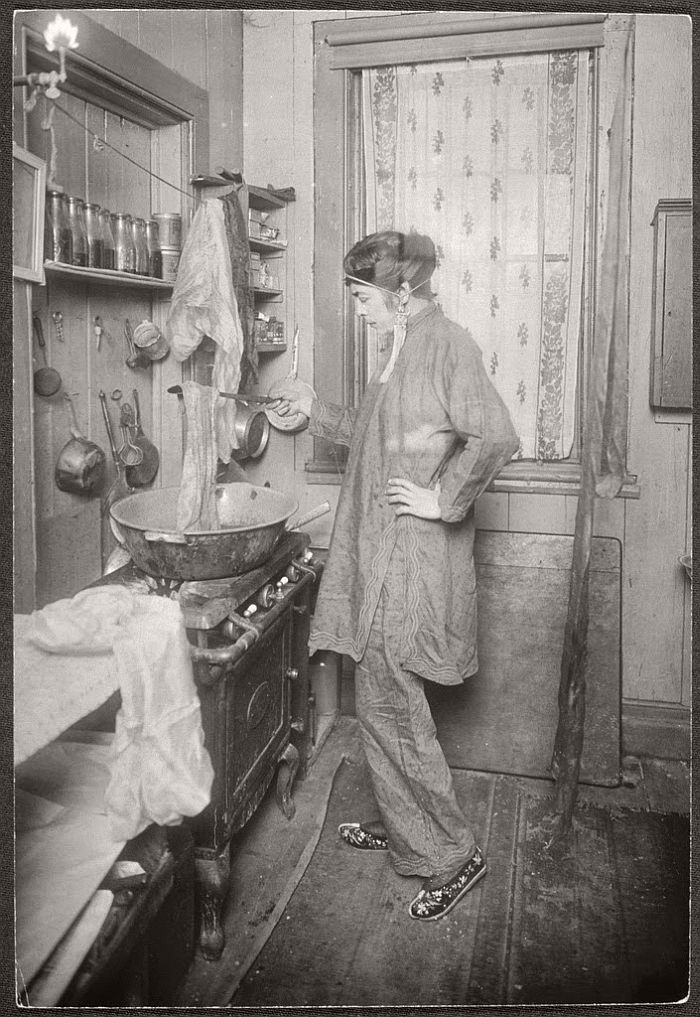 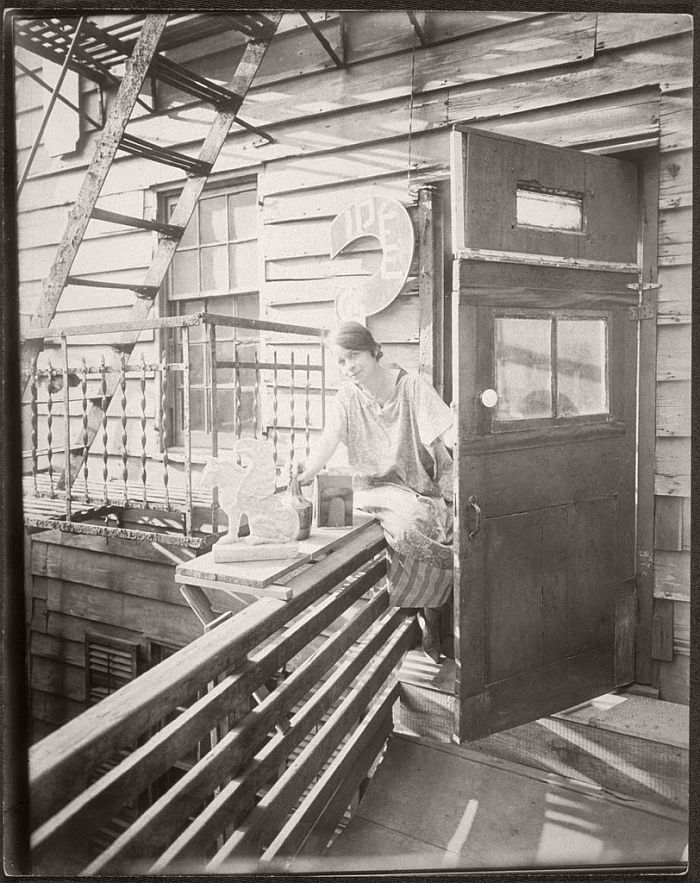 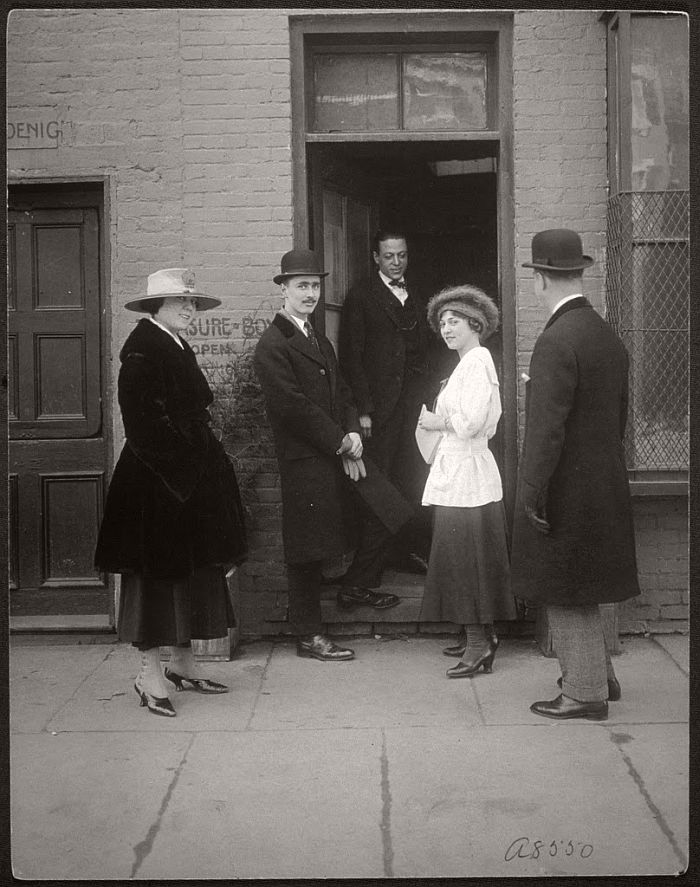 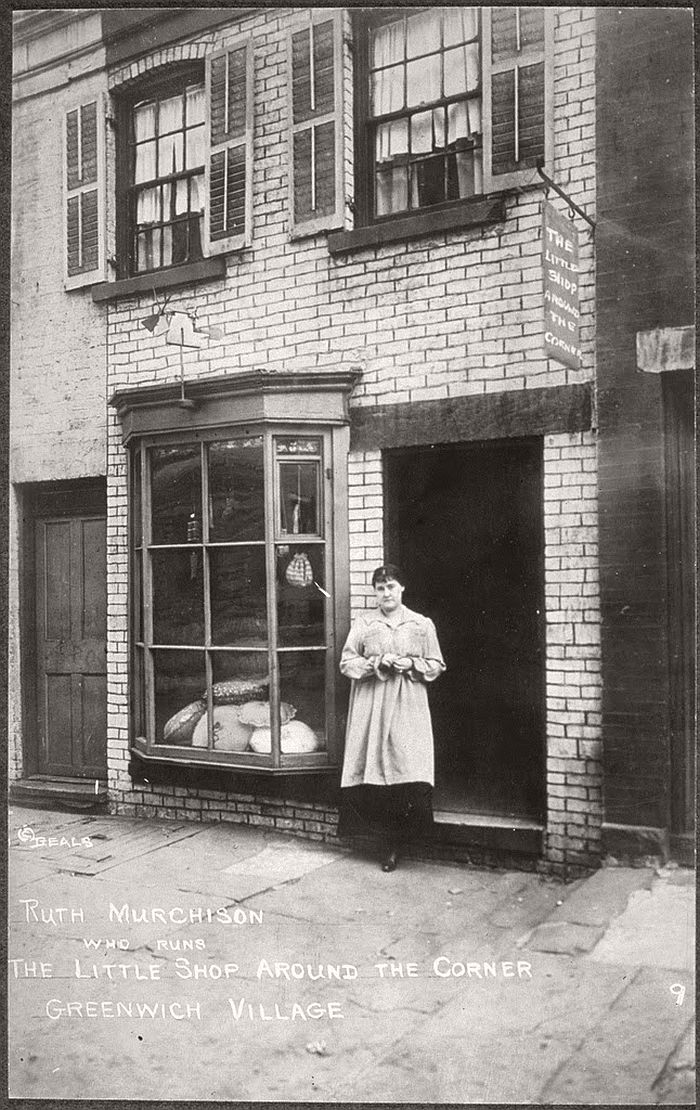 Ruth Murchison standing in front of the entrance to The Little Shop Around the Corner, ca. 1912-1926. 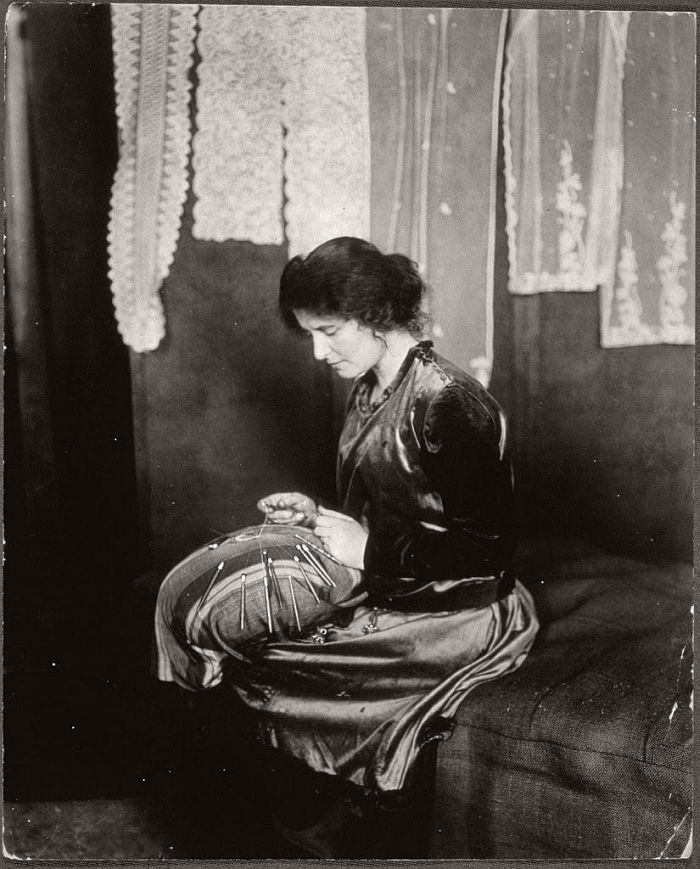 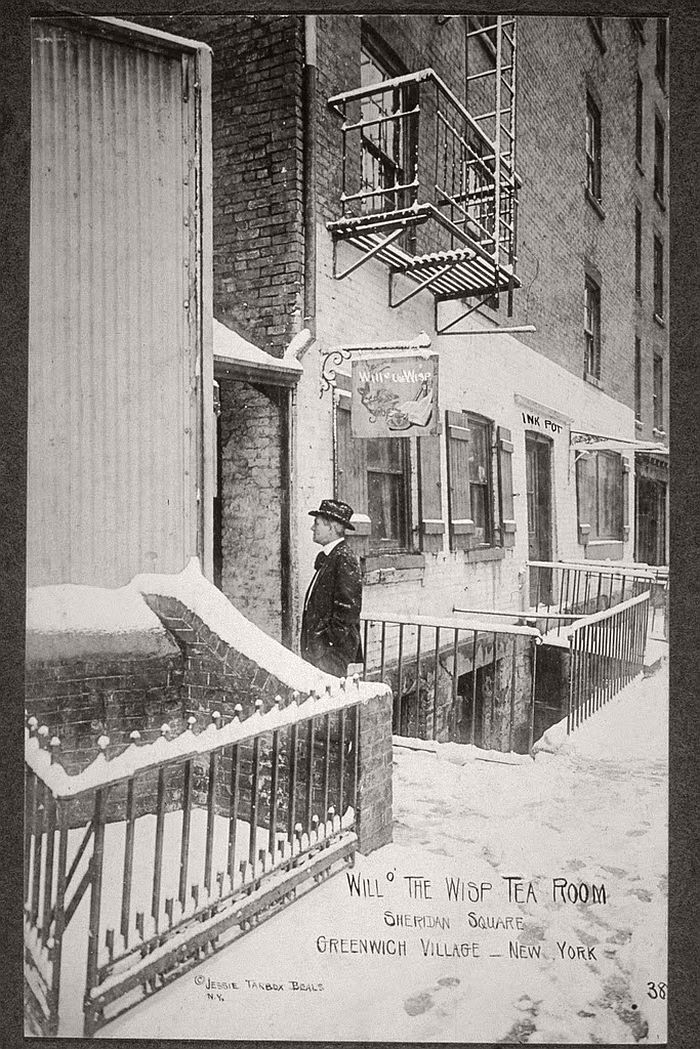 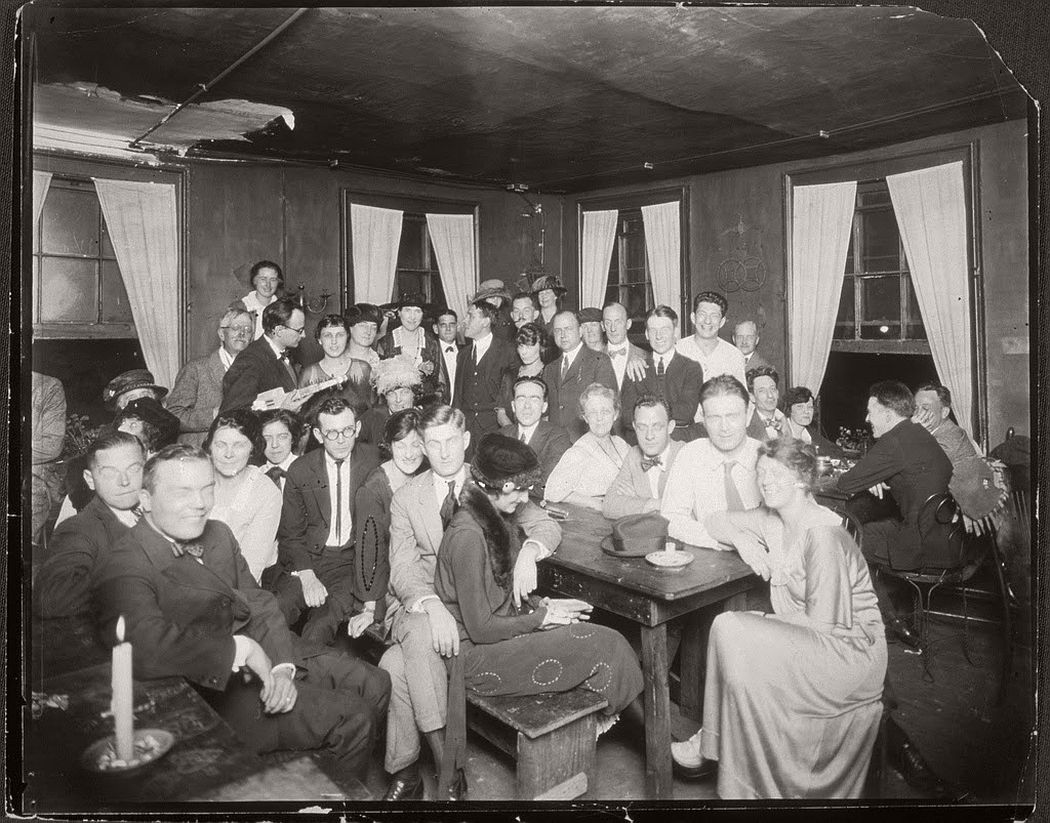 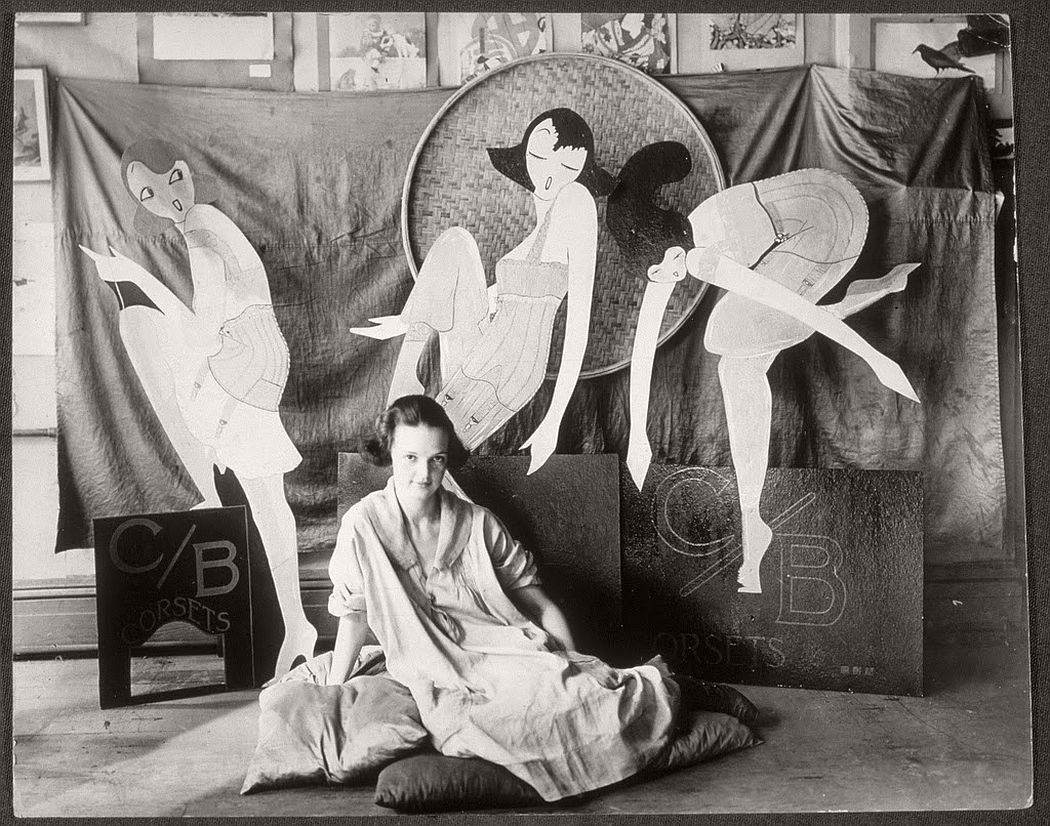 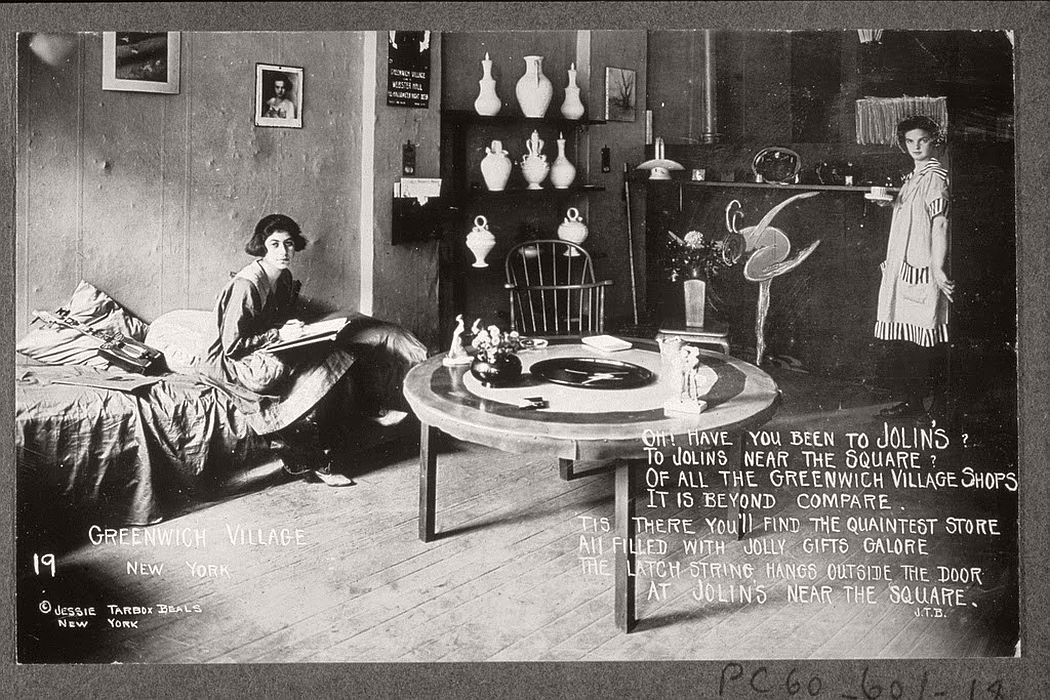 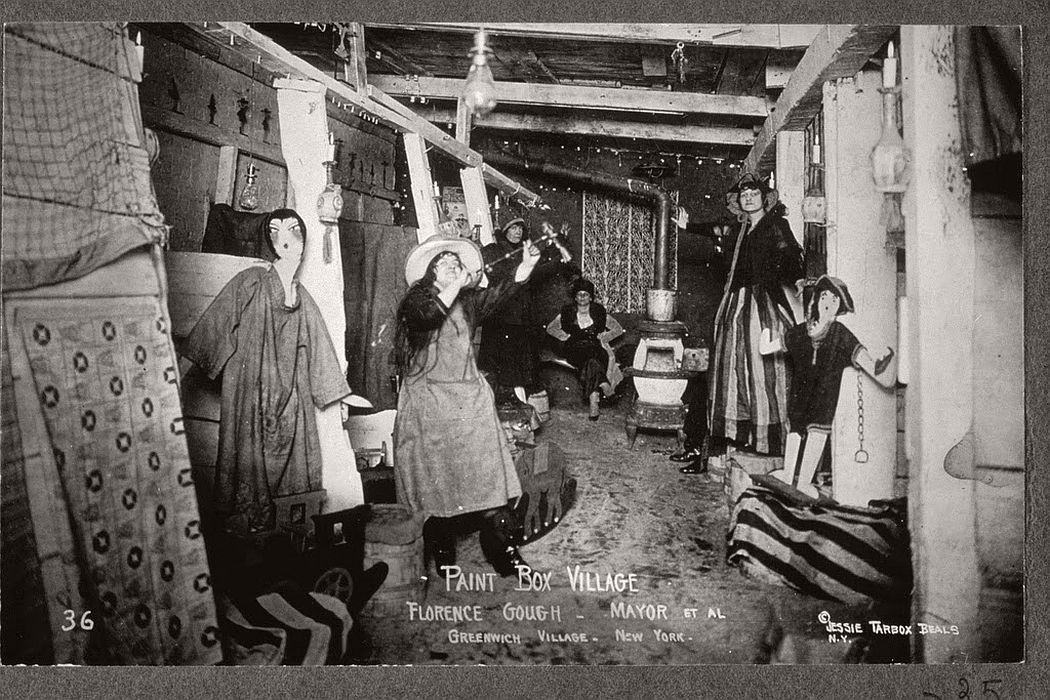 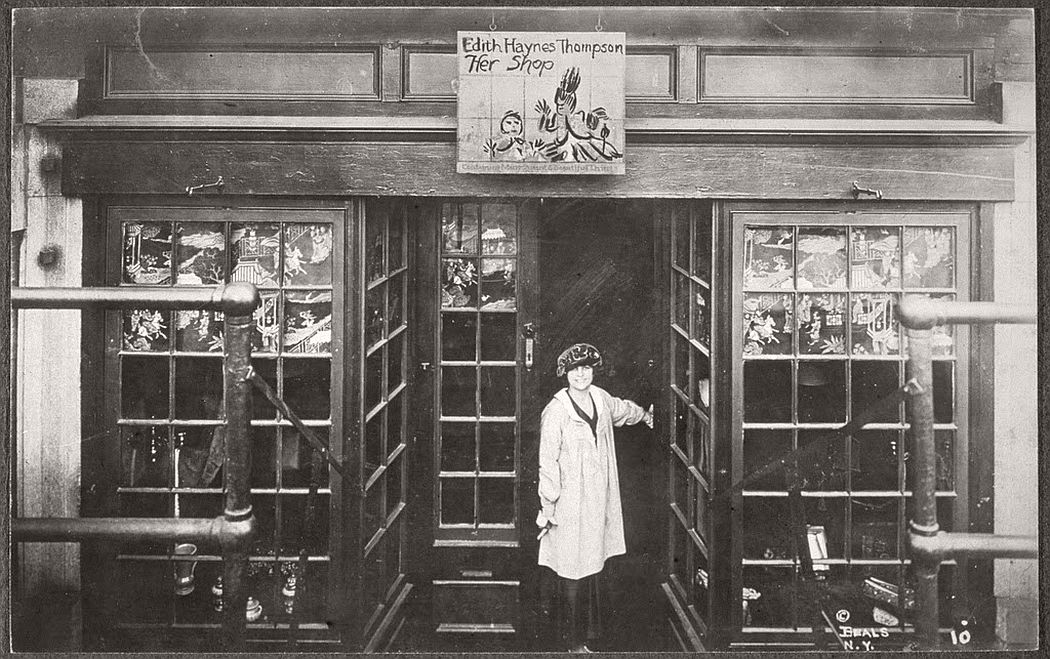 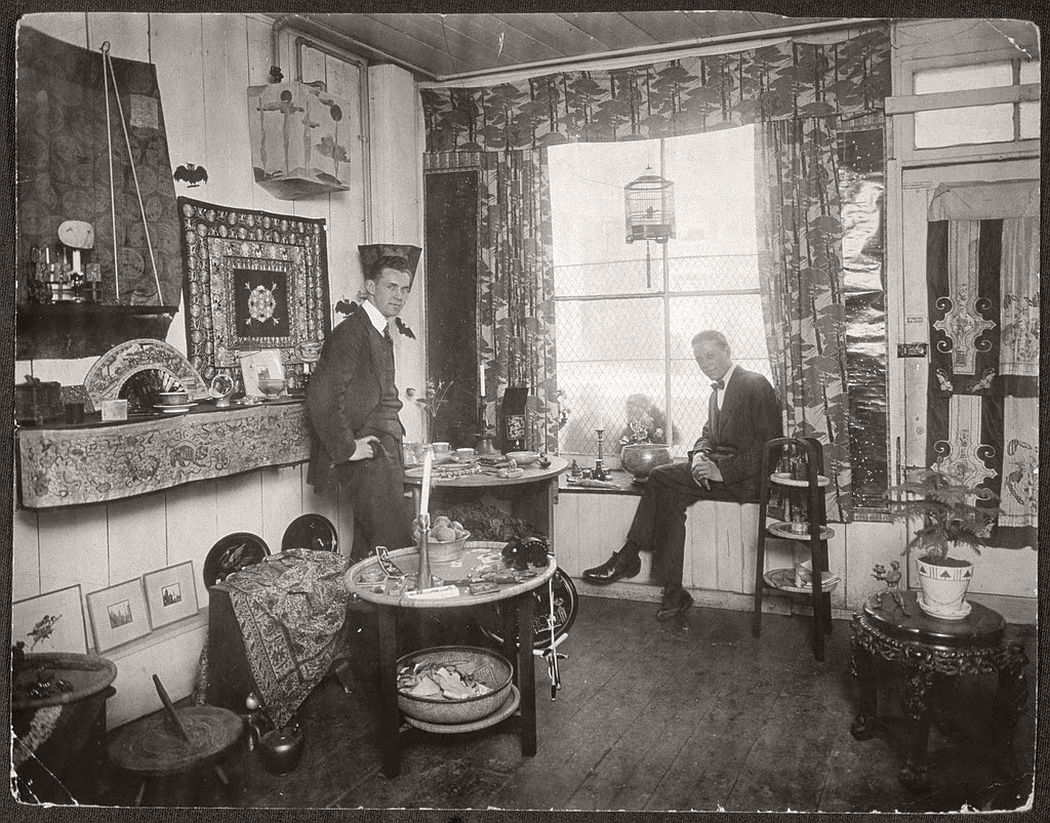 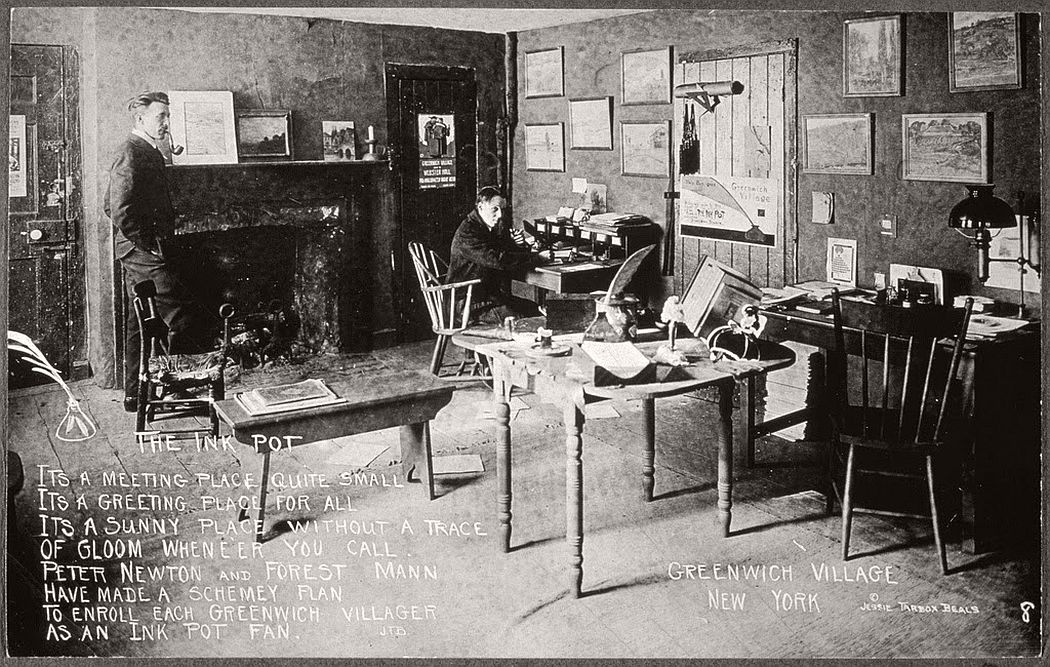 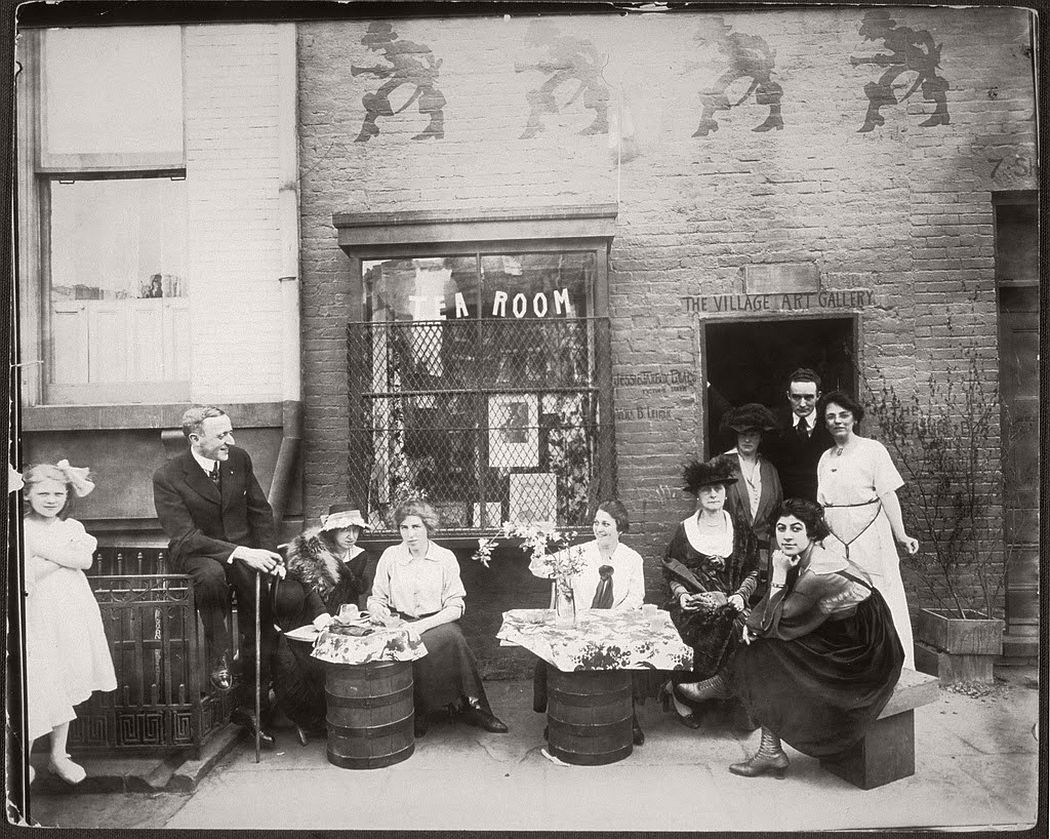 Beals standing in the gallery doorway, 1917. 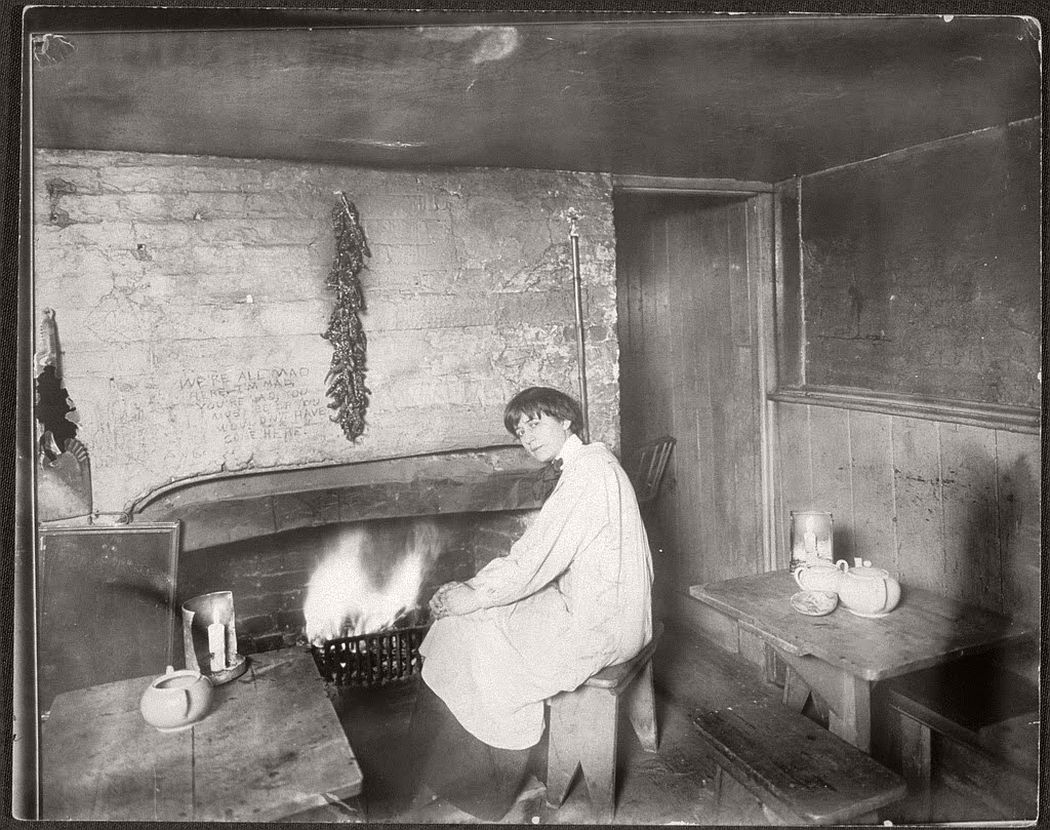 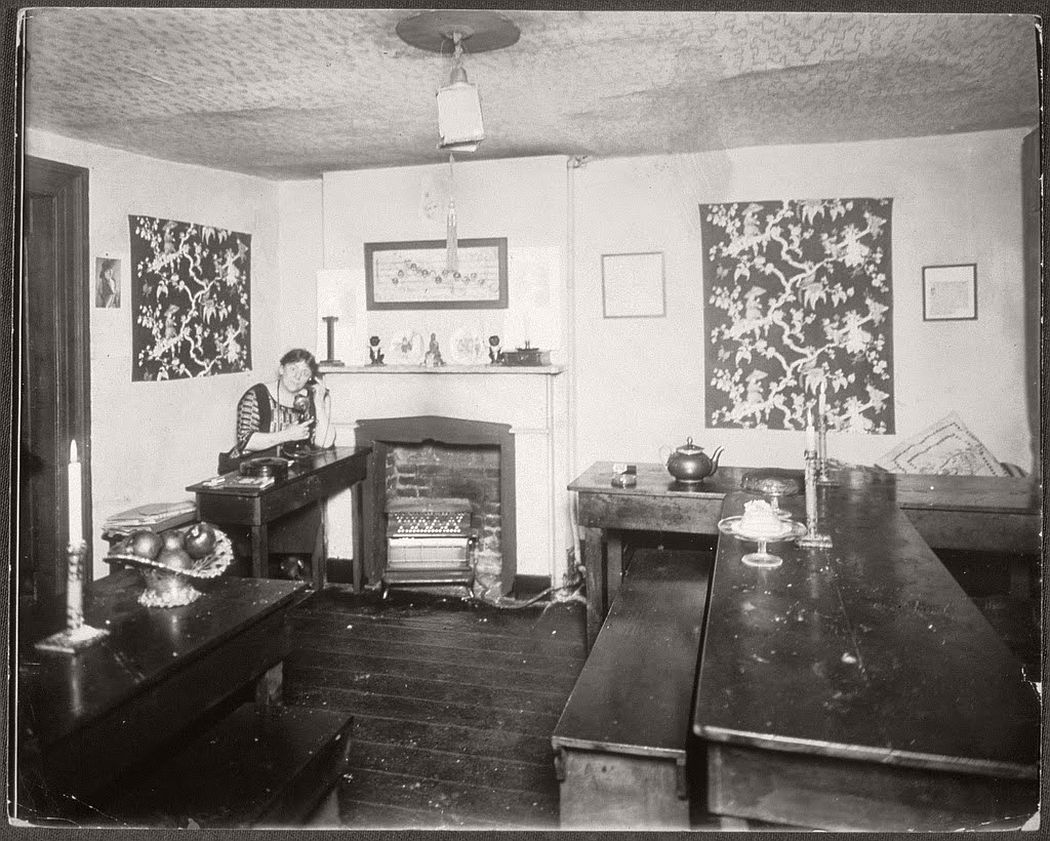 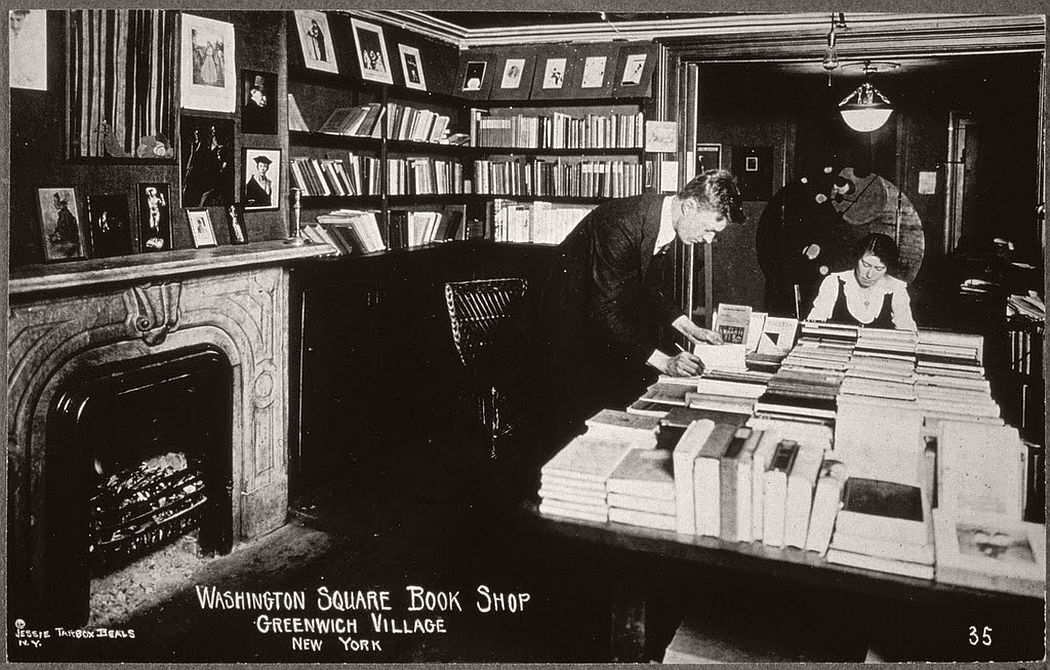 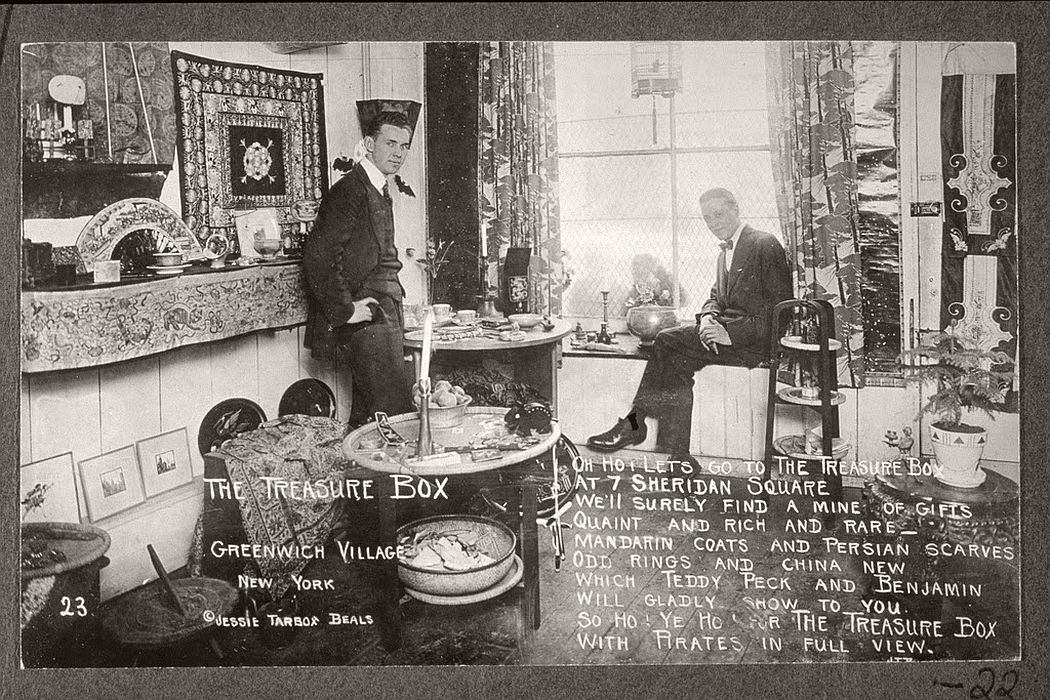 Group portrait of Teddy Peck and Romayne Benjamin in their retail shop, The Treasure Box, ca. 1912-1920. 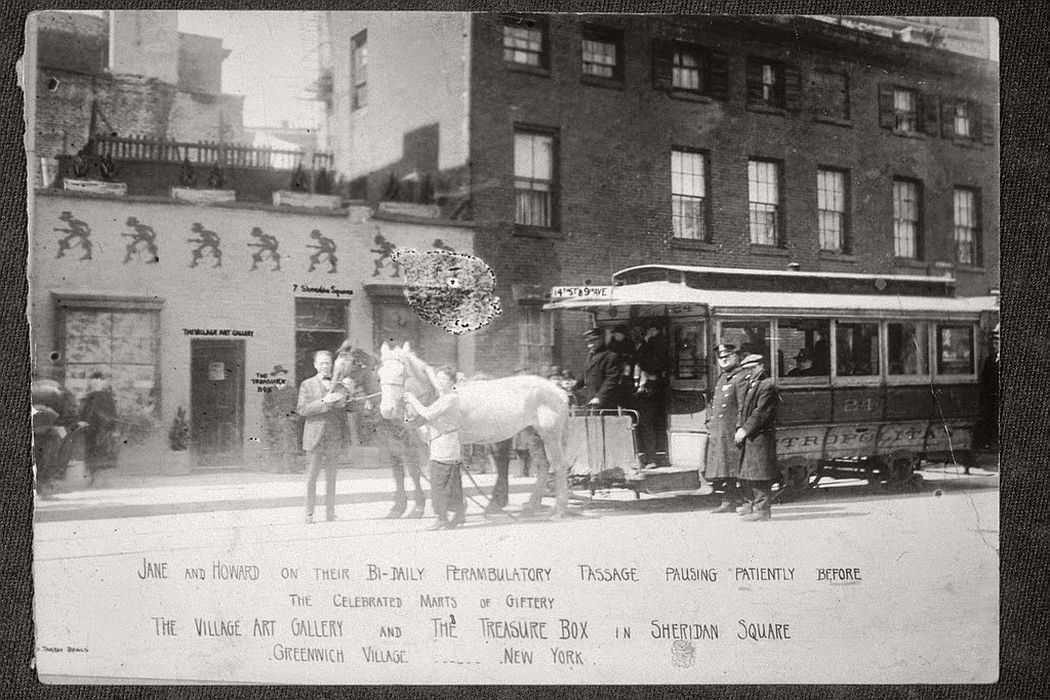 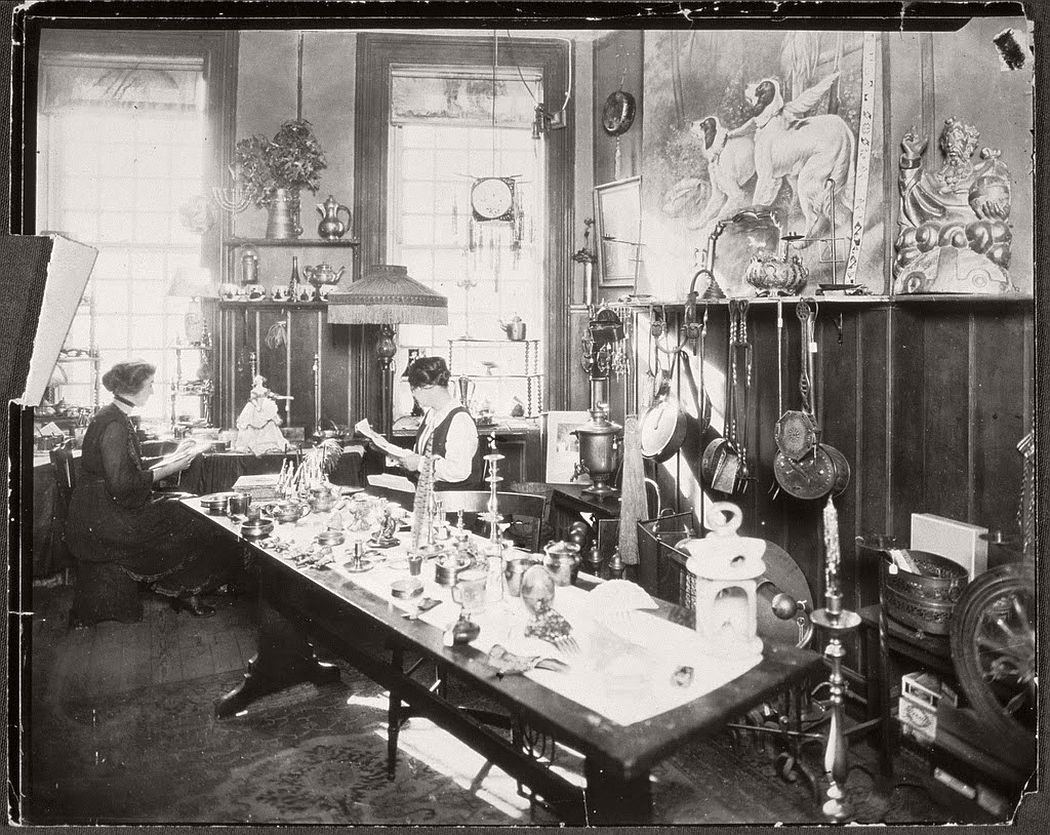 Photos via Schlesinger Library on the History of Women in America