Even before World War II began, the British Air Ministry had predicted that the United Kingdom would be bombed at night by German air forces. One of the very few precautions the nation could take was the elimination of man-made light. In July 1939 – two months before the declaration of war – the British government distributed Public Information Leaflet No, 2, which set out the need for the general Blackout. 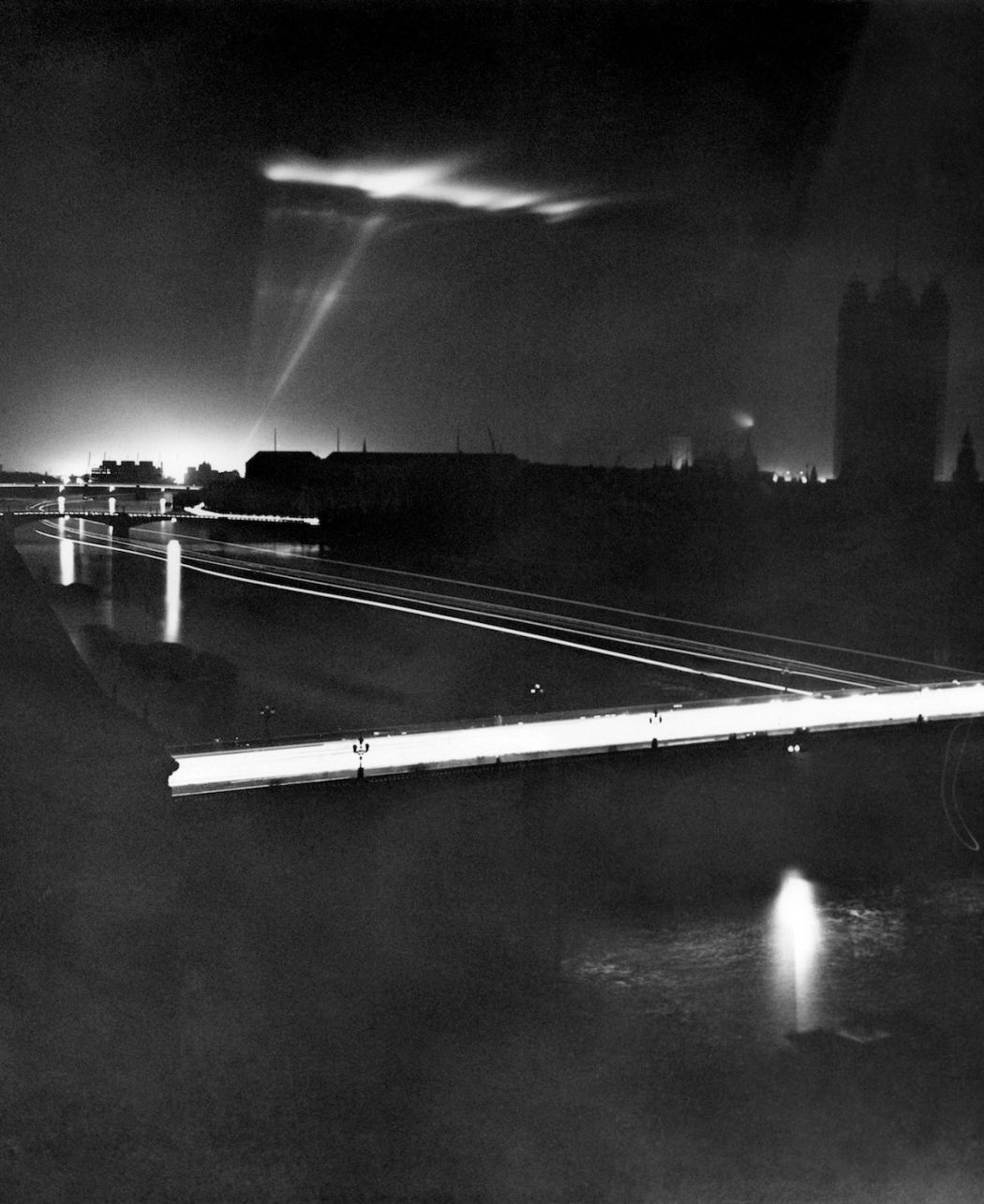 Aug. 11, 1939 A searchlight scans the sky above Westminster. Westminster Bridge in the foreground is a river of automobile light across the Thames, while the river itself looks like a modern highway with the tracks of passing river transport. This picture, like the other images of the Blackout in this selection, had a very long exposure time of up to 15 minutes. Image: AP Photo 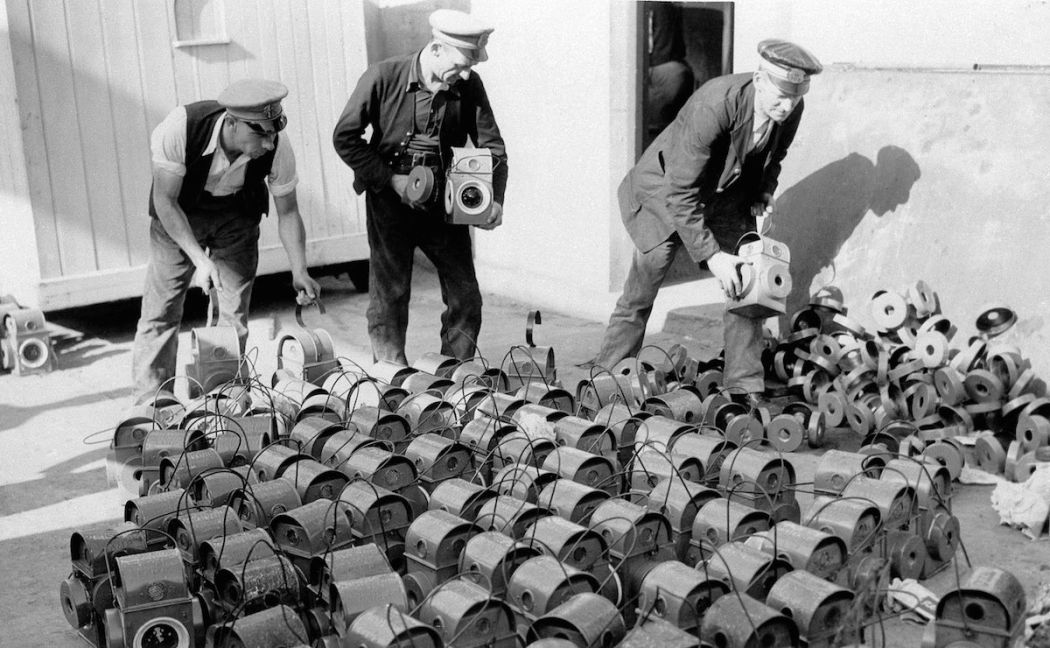 Aug. 11, 1939 1,200 lanterns equipped with dimmers were used to mark roads, roundabouts and similar obstructions. After the Blackout workmen removed the dimmers and stored the lamps for future use. Image: AP Photo 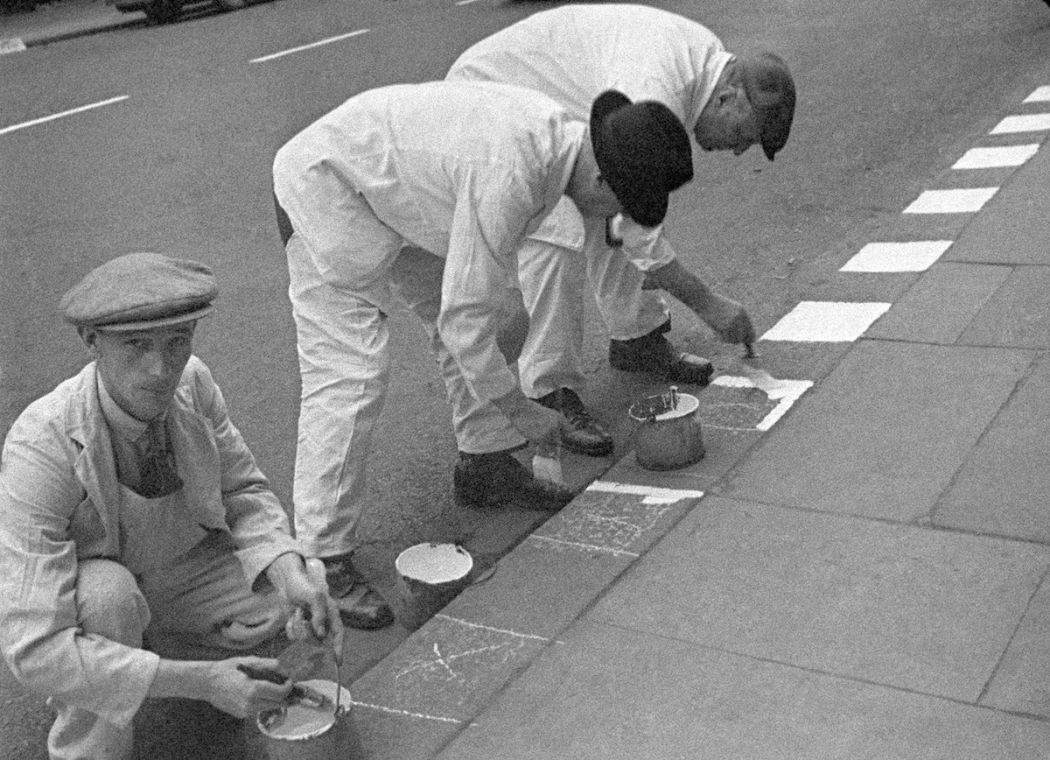 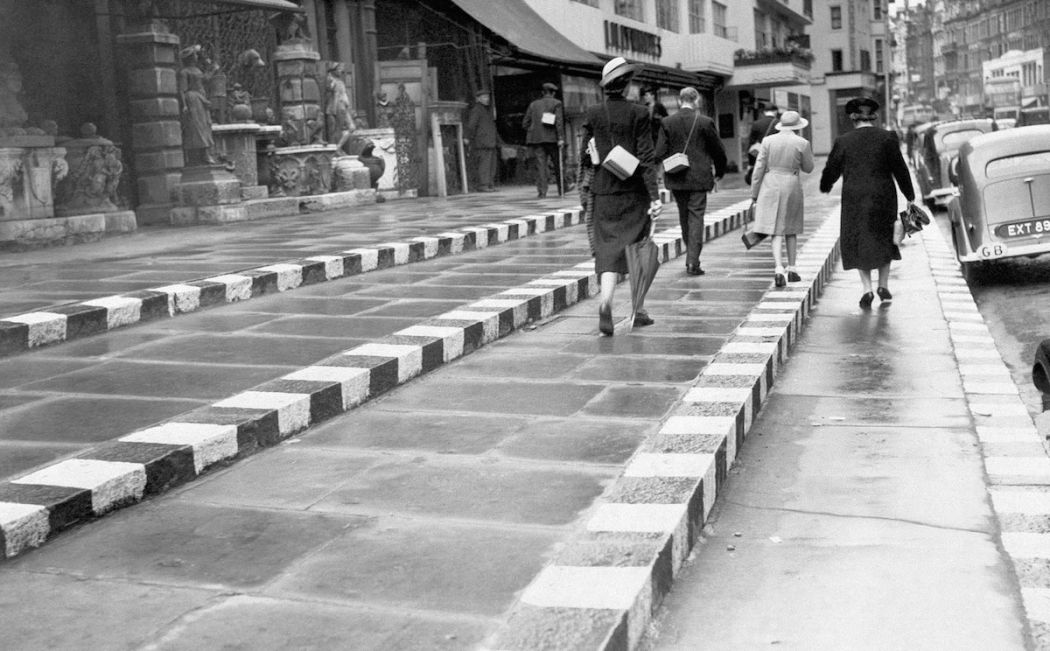 Sept. 16, 1939 A street in London which, with its curbs whitened to assist pedestrians and drivers the Blackout, resembles a patch-work quilt. The boxes being carried by some of the people in this picture are gas mask containers. Image: AP Photo 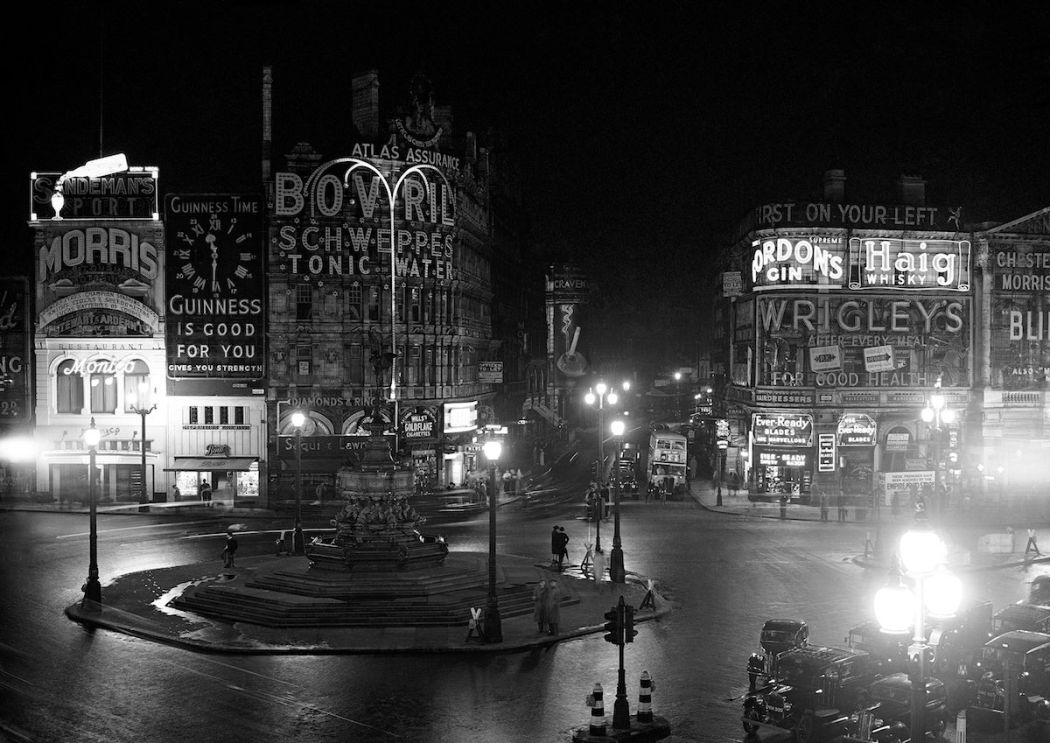 Aug. 10, 1939 This is what Piccadilly Circus in central London looked like on the night before the Blackout. Note the two bollards either side of the traffic light at the bottom of picture – they have been painted with white stripes to be more visible when the Blackout begins, as have the wooden strut supports at the base of the central street lights. Small, dimmer, lamps are hung from these struts. Image: AP Photo 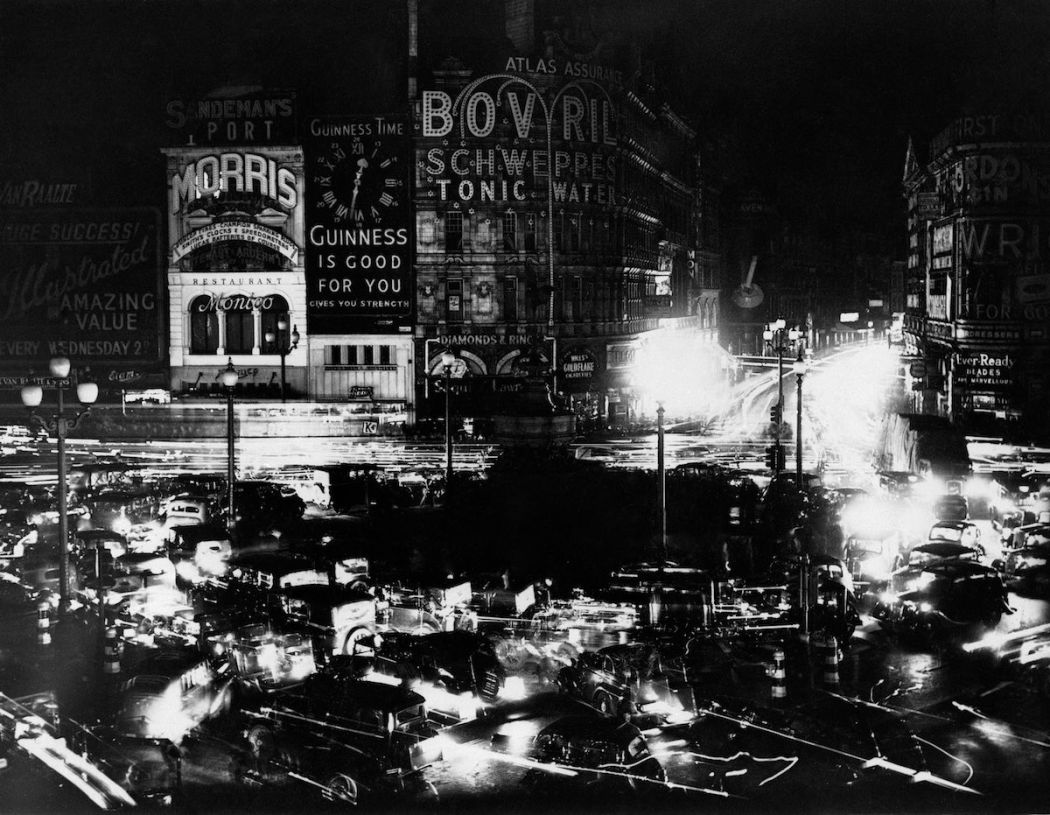 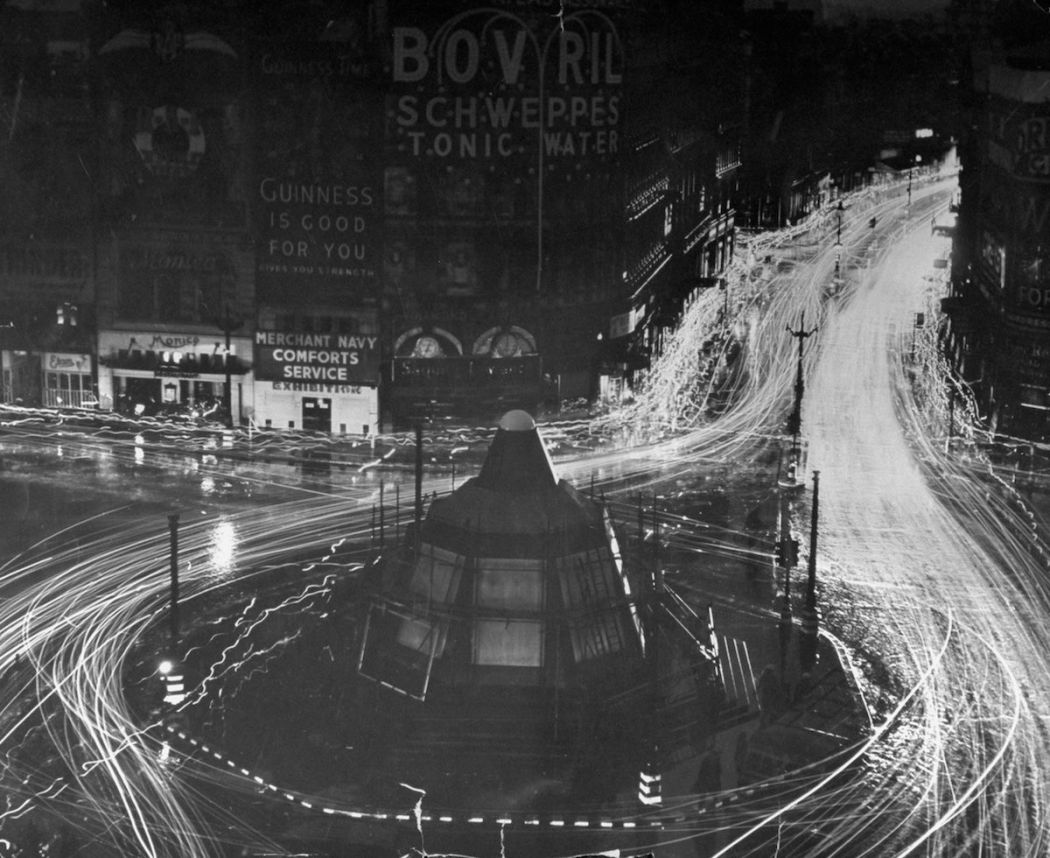 Piccadilly Circus. By this point in the war, the central fountain of the Circus has been boarded up. The statue of “Eros” was removed; the statue was returned in 1948. Image: David E. Scherman/The LIFE Picture Collection/Getty Image 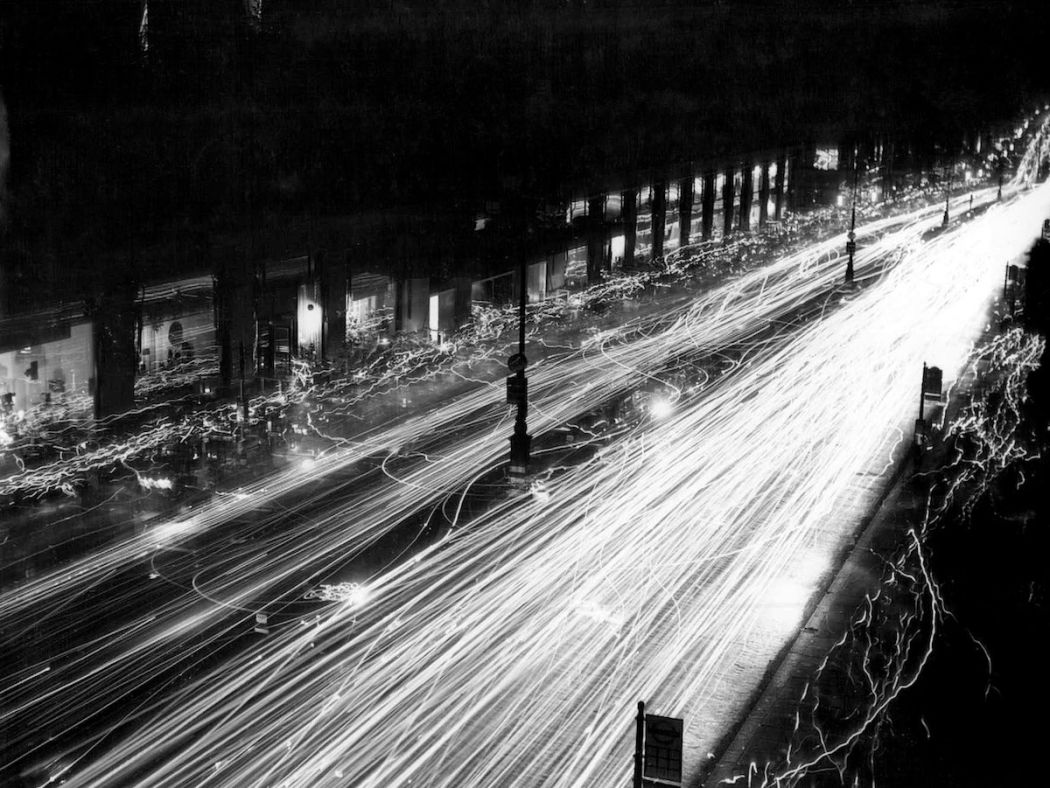 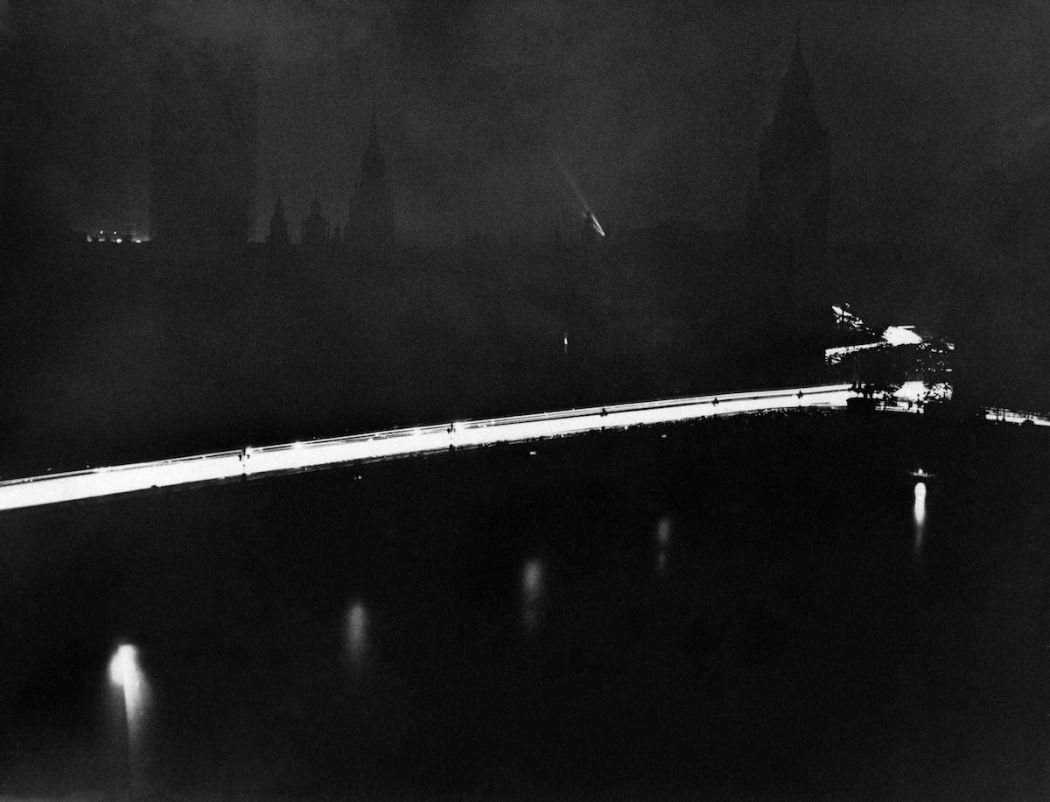 Aug. 18, 1939 A general view of Westminster Bridge and the Houses of Parliament, in London, shrouded in darkness. Lights seen on bridge are caused by car headlights. A searchlight attempts to cut through the shroud. Image: AP Photo