Leopold Ahrendts (1825 – 1870) was a photographer in Berlin. He worked as a painter and lithographer.

By the mid 1850’s, Leopold Ahrendts had already achieved a prominent reputation as an urban and architectural photographer. His work was well received by the Prussian court, as well as in the Berlin art world and the public sphere. Art magazines praised his work, considering his images as “almost without exception, the most beautiful examples of architectural photography that we have encountered.” (Deutches Kunstblatt, January 26th, 1856)

Berlin’s extensive development during the 19th century dramatically altered the city’s skyline – out with the old, in with the new. Ahrendts captured the architectural changes of his time in photographs. Although, the Schinkel era’s iconic structures – the Altes Museum, the Lustgarten, the Berliner Dome and the Royal Palace or the Crown Prince’s Palace – often acted as the subject of Ahrendts’ work, he also photographed architectural specimens that no longer exist, such as the Baroque Itzig Palace that was demolished to allow for construction of the new Berlin Stock Exchange in its stead.

Leopold Ahrendts’ work has been rediscovered in recent years as a pivotal moment in the history of Berlin’s photography. While bountiful images from the dawn of the photographic era remain of the urban landscapes of other major European metropoli such as Paris and London, Leopold Ahrendts’ images are a true scarcity. 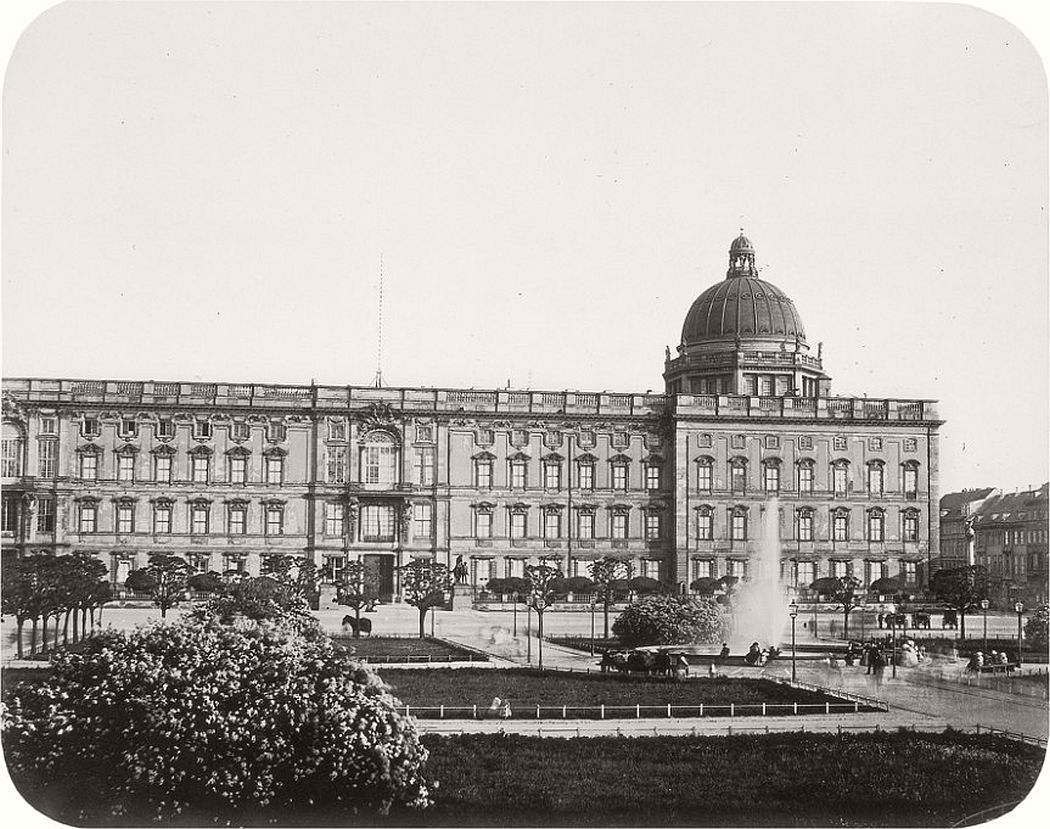 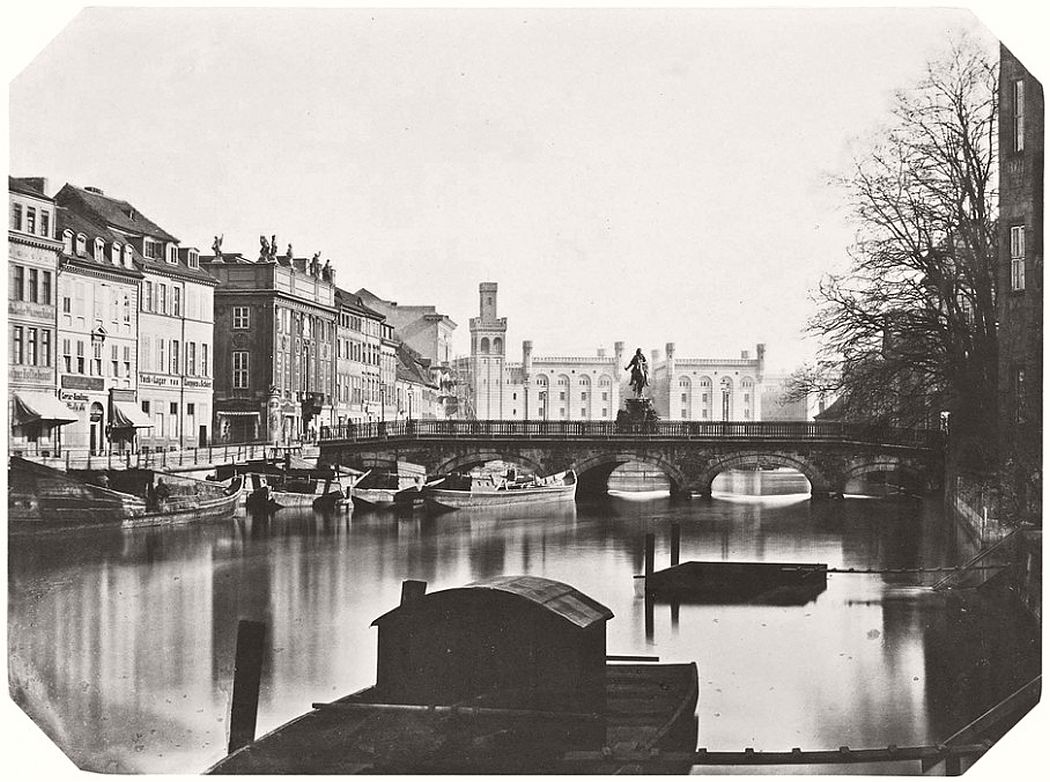 Leopold Ahrendts. Lange Brücke with view towards Mühlendamm, around 1856 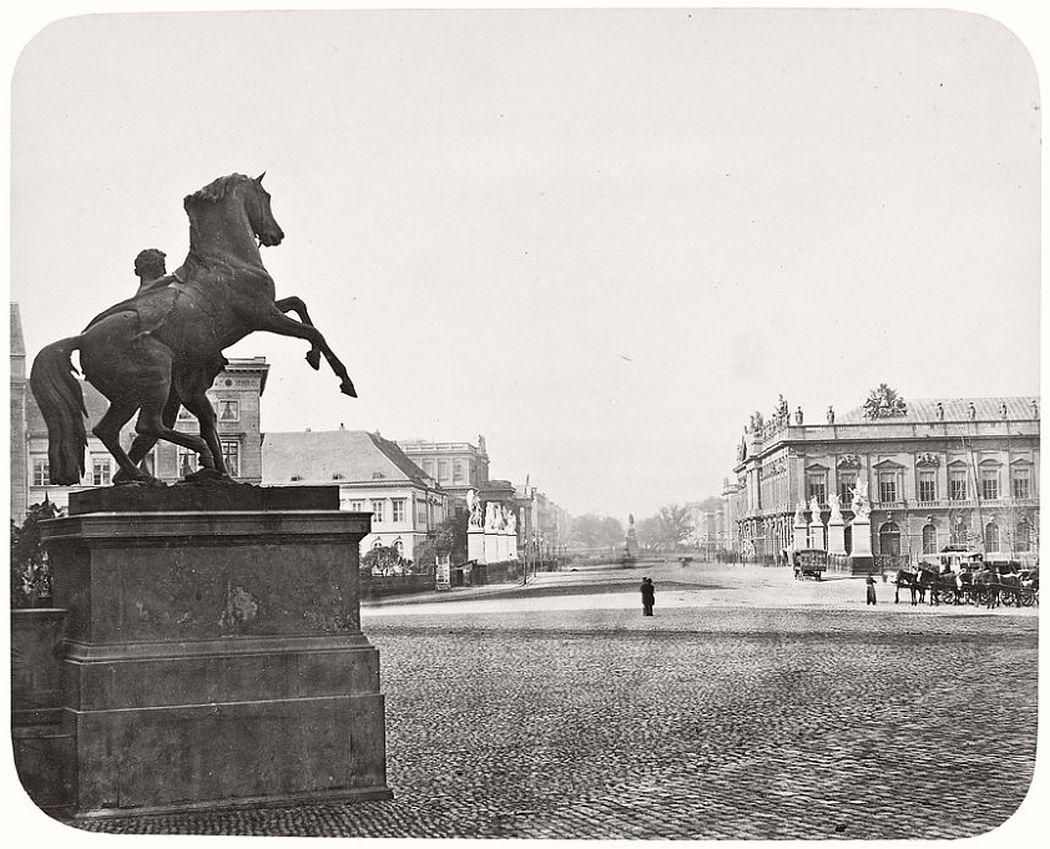 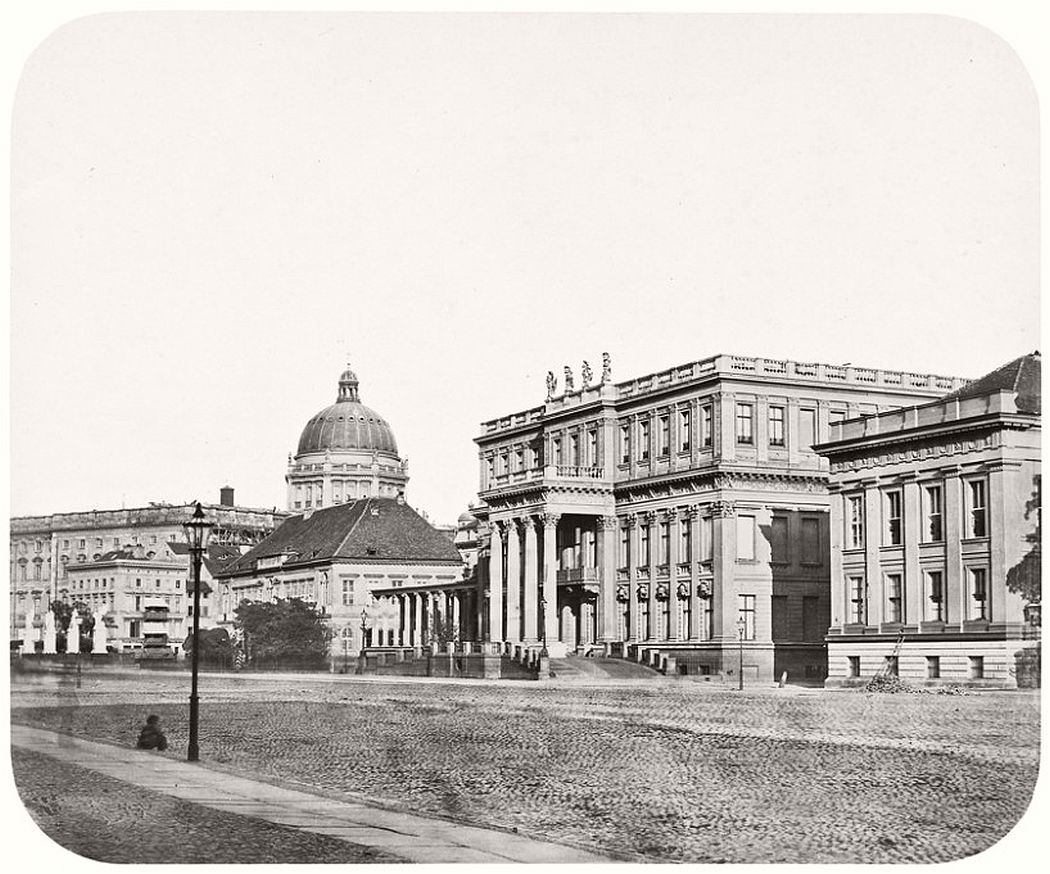 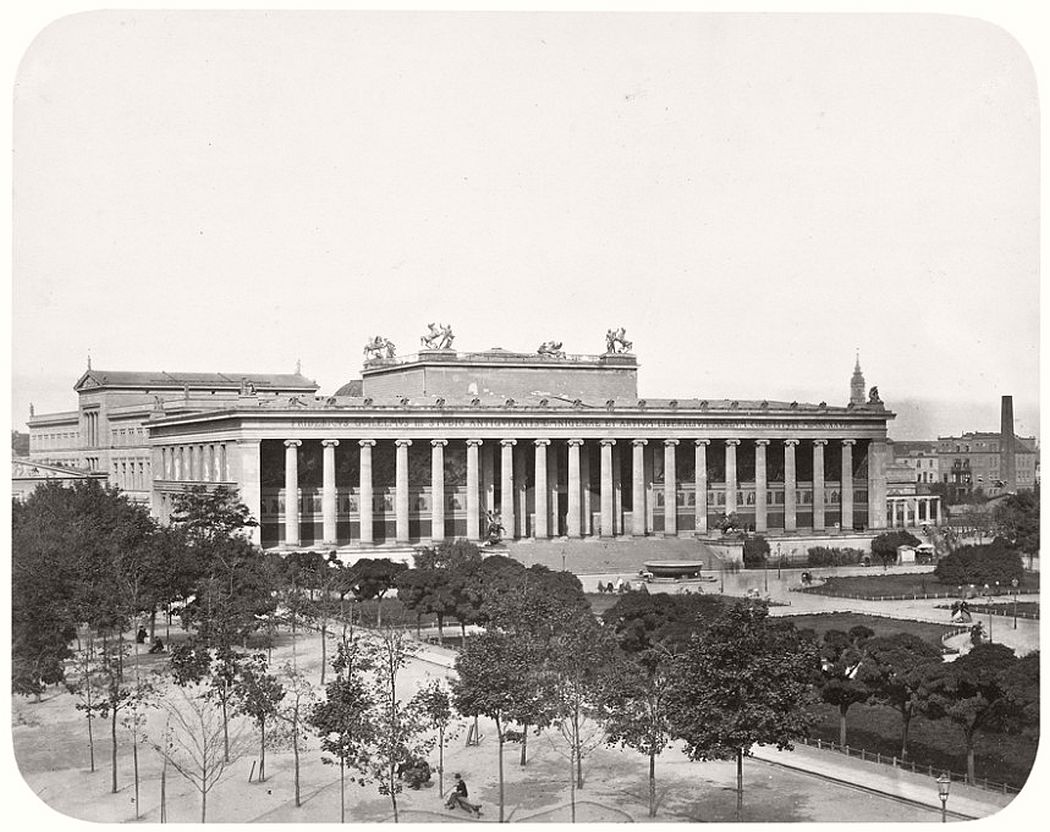 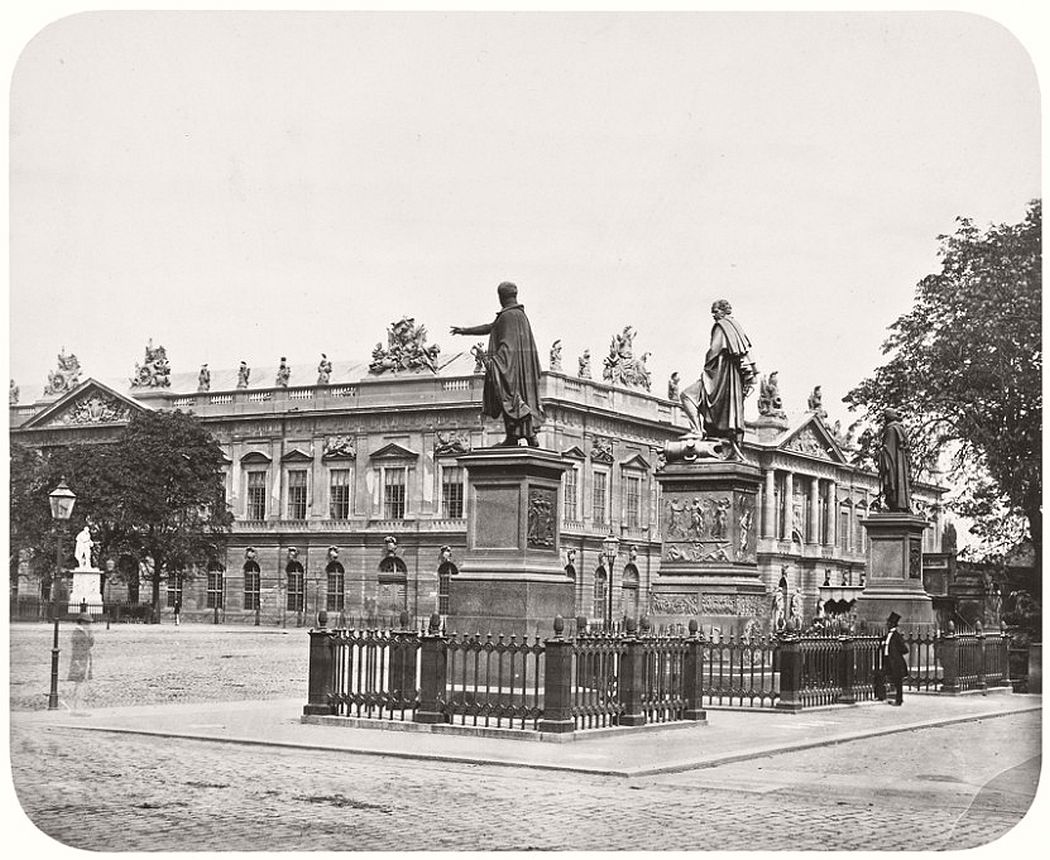 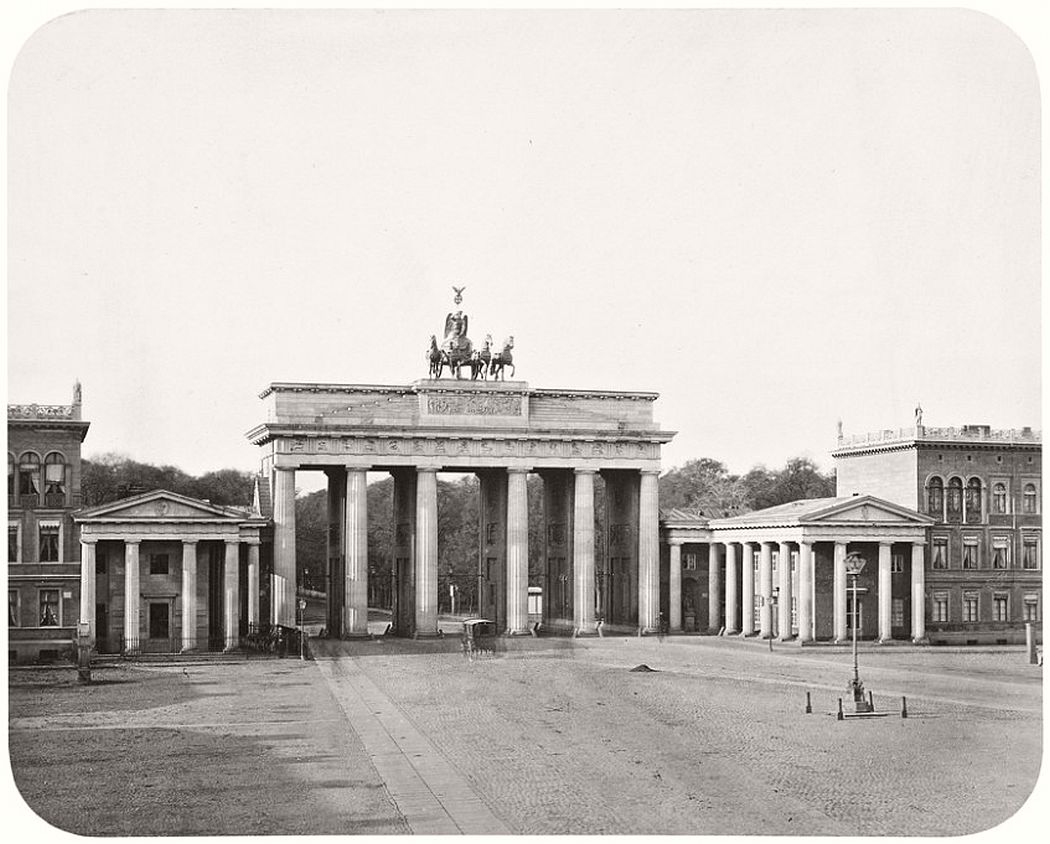 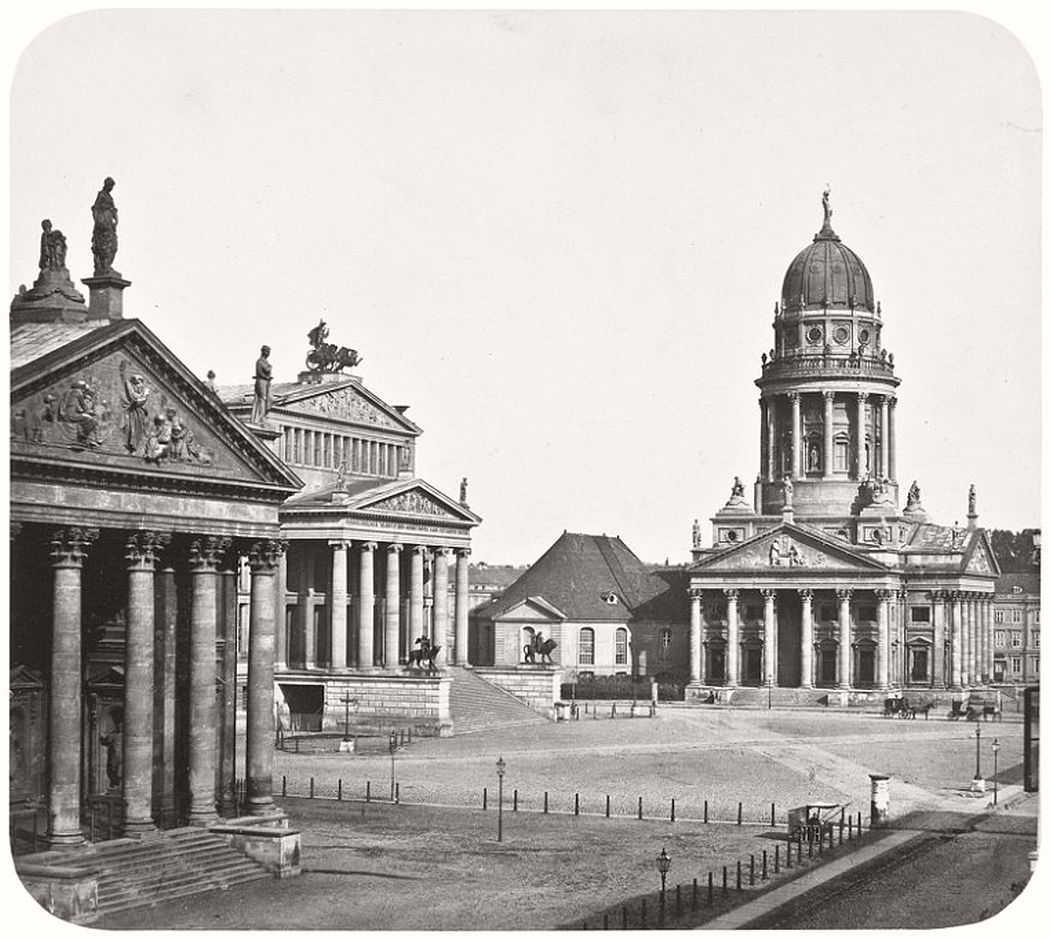 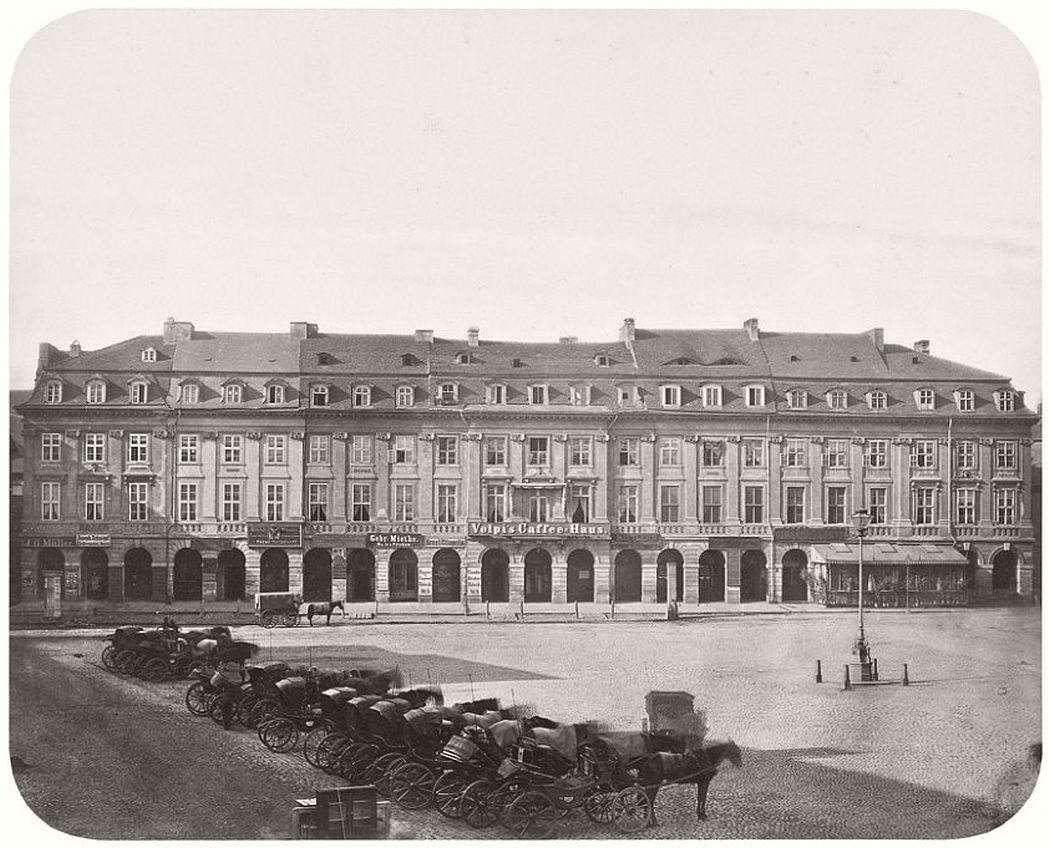 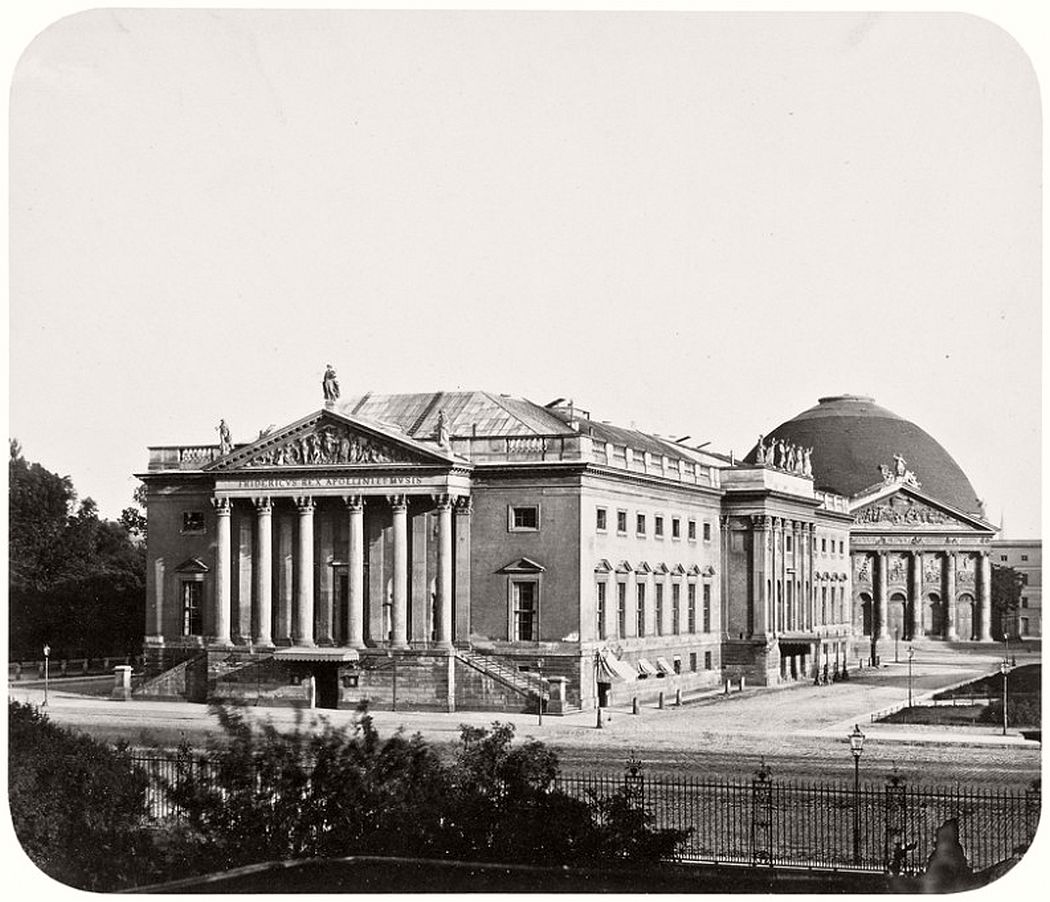 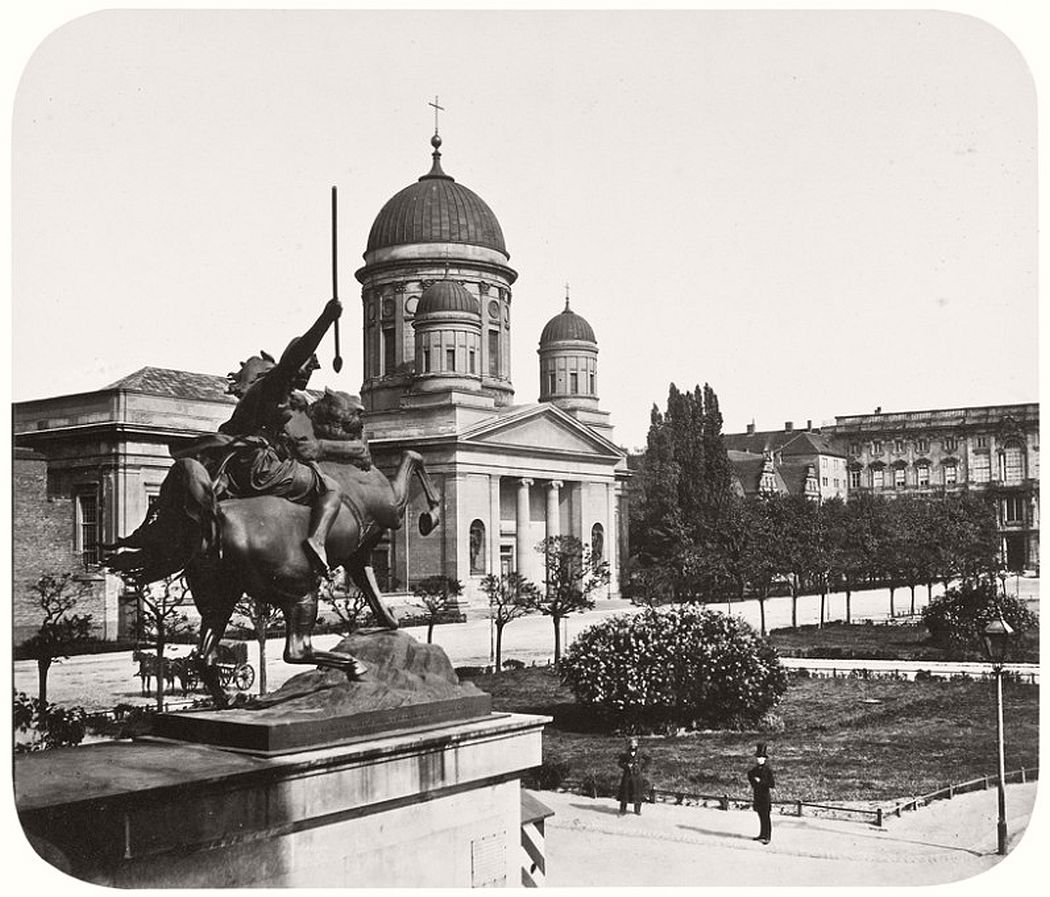 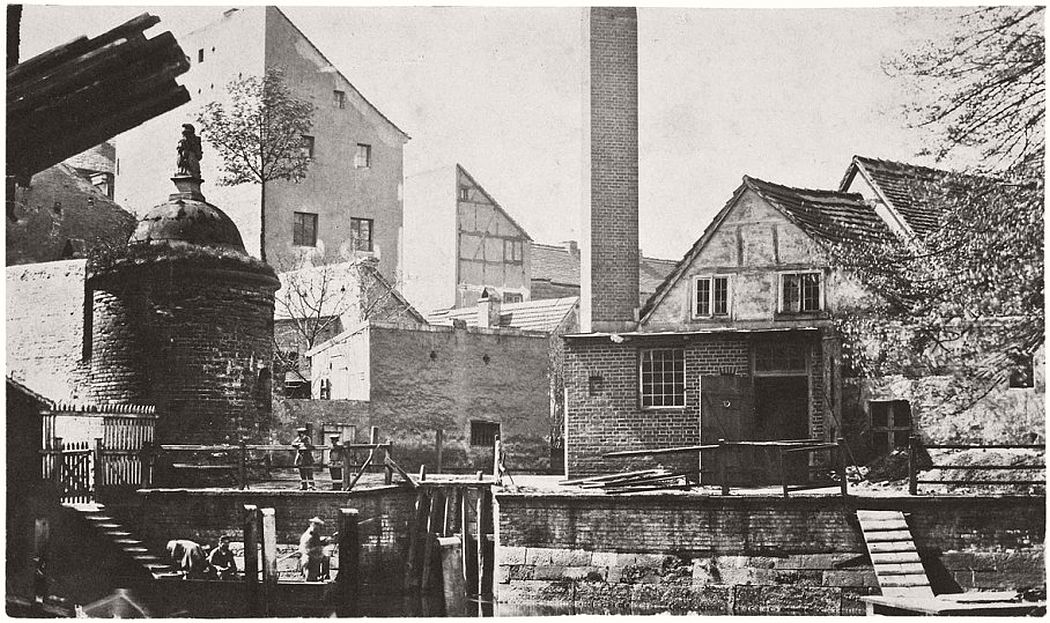 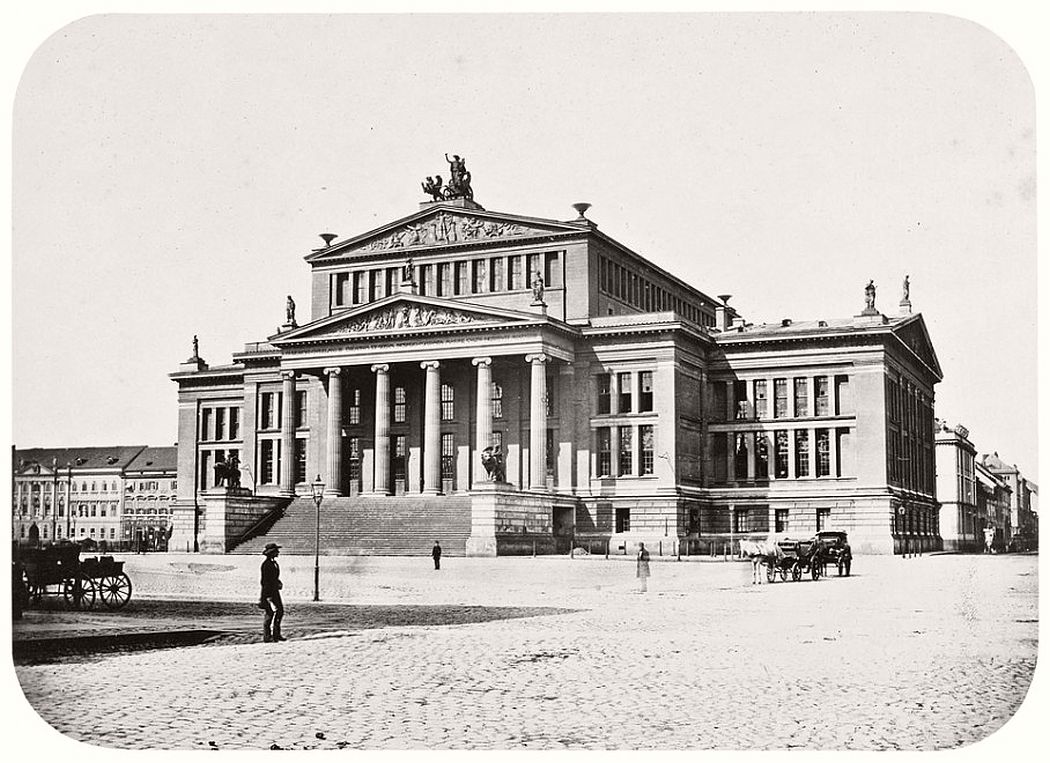 Leopold Ahrendts. Theater at Gendarmenmarkt, around 1856 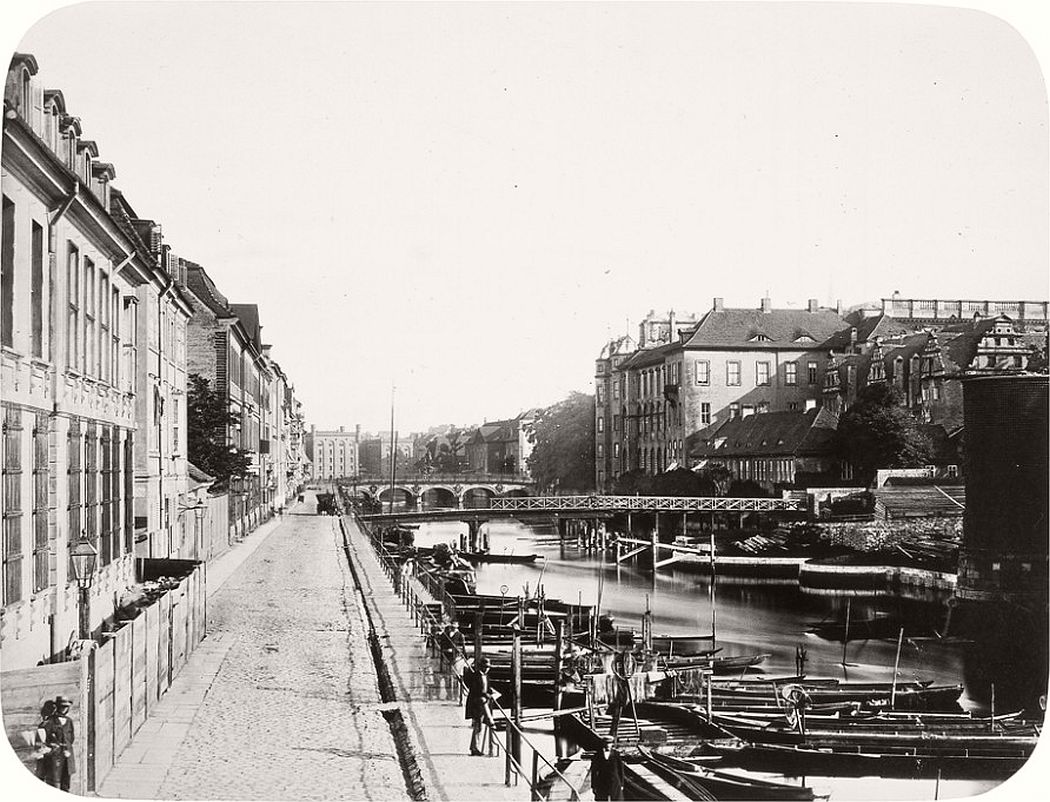 Leopold Ahrendts. Burgstraße and Lange Brücke with view towards the Royal Castle, around 1856 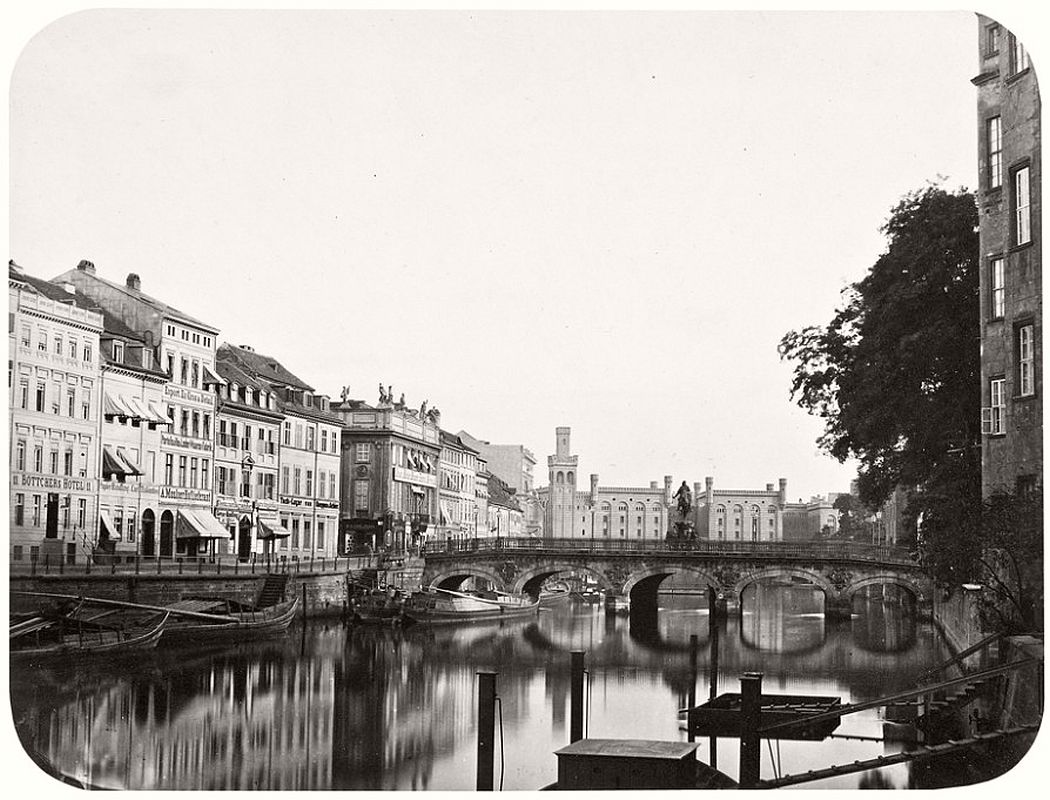