“When I left Czechoslovakia, I was discovering the world around me. What I needed most was to travel so that I could take photographs.” Josef Koudelka

Prague, Wenceslas Square, August 22, 1968: An arm is thrust into the picture. The watch on its wrist indicates the time. In the days before, tanks of the Warsaw Pact had entered the city to the screech of tank tracks on the cobbles. This photograph by Josef Koudelka fits chronologically into his series Invasion, in which he shows the passionate resistance of his compatriots to the Red Army‘s determination to quell by bloody means the democratic fervor of the Prague Spring. But it is also the first photograph in his book Exiles, published twenty years later, in 1988, by Robert Delpire.
1968 was a pivotal year – both in the West and in the East. Koudelka‘s photographs leave a lasting impression of these historical events, and convey a vibrant immediacy and intimacy with the situation and the depicted people that goes beyond all documentation.

After leaving Czechoslovakia in 1970 on a three-month exit visa, Koudelka remained in the West, received asylum as a political refugee in England and became a member of the Magnum photographic collective in 1971, before he moved to Paris in 1980. Exile had a deep impact on his photography and resulted with one of his most important and personal bodies of work. In his twenty years of wandering without a set residence, without possessions, equipped only with a camera, he created numerous images that offer glimpses at the landscapes, people and daily life in countries such as Italy, Spain, Portugal and Ireland, as well as at the traditions and rites from the past. They were first published in 1988 in the comprehensive book entitled Exiles.

For his most recent work, Josef Koudelka traveled through Israel and the Palestinian territories from 2008-2012 and documented the wall erected by the state of Israel in the West Bank as well as Israeli settlements, resulting with a series entitled Wall. In the early 2000‘s Israel unilaterally decided on building the wall on the pretext of protecting itself from terrorist attacks. A nine-meter tall, and nowadays over 700-kilometer-long fortress made of steel and concrete, barbed wire and motion detectors – almost three times as high and five times as long as the Berlin Wall once was. Koudelka’s panoramic photographs of the monumental barrier are also a personal project for the photographer who grew up behind the Iron Curtain and who is continuously drawn back to the theme of freedom.

Koudelka’s black and white photographs are both intimate and empathetic. His interest is dedicated to ethnic and social groups, which are threatened by extinction or expulsion and often also reflect Koudelka‘s own nomadic way of life. Josef Koudelka is one of those few outstanding photographers whose images decisively influenced the developments of the history of photography in the second half of the 20th century through their intense, moving and authentic look.

With Josef Koudelka . Invasion / Exiles / Wall, C/O Berlin presents three significant stages of the work by the Magnum photographer, which is getting its first dedicated exhibition in Germany after almost 30 years. It includes approximately 120 photographs and projections and ranges from the Soviet occupation of his homeland in 1968 to his time in exile and the large-scale photographic project about the wall built by Israel in the West Bank. The exhibition was curated by Xavier Barral in cooperation with Sonia Voss and organized in partnership with the Nederlands Fotomuseum in Rotterdam.

Josef Koudelka was born in 1938. Czech, naturalized French, based in Paris and in Prague, he joined Magnum Photos in 1971. Having studied engineering at the Technical University in Prague, he worked as an aeronautical engineer, while photographing theatrical productions and gypsies in Czechoslovakia. His coverage of the invasion of Prague by Russian tanks in 1968 was awarded, the next year, the 1969 Robert Capa Gold Medal under the name of “anonymous Prague photographer”. Sixteen years later, after his father died, his photographs were credited with his name. In 1970, he sought asylum in England and became stateless. An exhibition at New York’s Museum of Modern Art was dedicated to him in 1975, the year his book Gitans was released, followed by Exiles in 1988. In 1986, he participated in the DATAR project documenting the urban and rural landscapes of France. He started using a panoramic camera and in 1990 he returned to Czechoslovakia for the first time and photographed one of the most devastated landscapes in Europe, the “Black triangle of Central Europe”. As a result of his work dealing with his concern for how contemporary man has influenced the landscape, he released the book Chaos in 1999. In 2006, the first retrospective book, realized by Robert Delpire, came out in France and 7 other countries. In 2008, Invasion Prague ’68 was published in 12 countries. In 2011, a revised and enlarged version of the book Gitans was re-edited from the original 1968 dummy. The same year, the exhibition Invasion Prague ’68 was presented in Moscow. Josef Koudelka received a number of awards, including the Grand Prix National de la Photographie in France (1987), the Henri Cartier-Bresson Award (1991) and the International Center of Photography Infinity Award (2004). 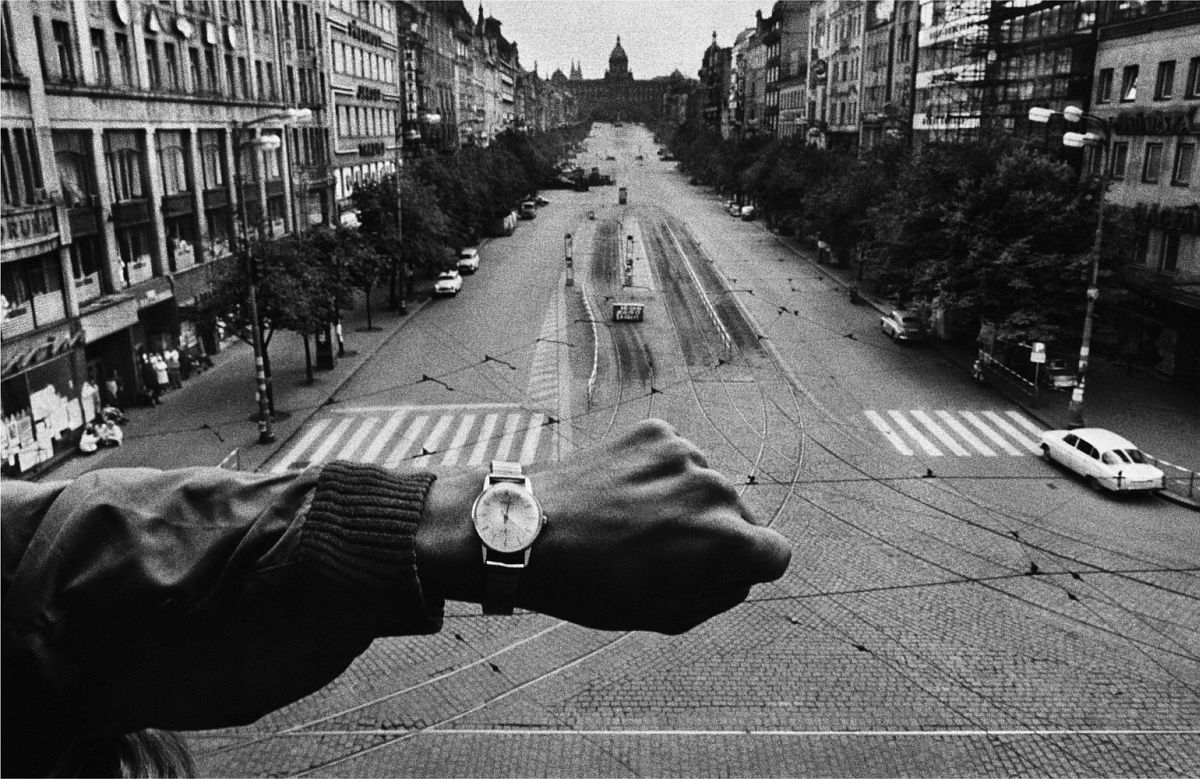 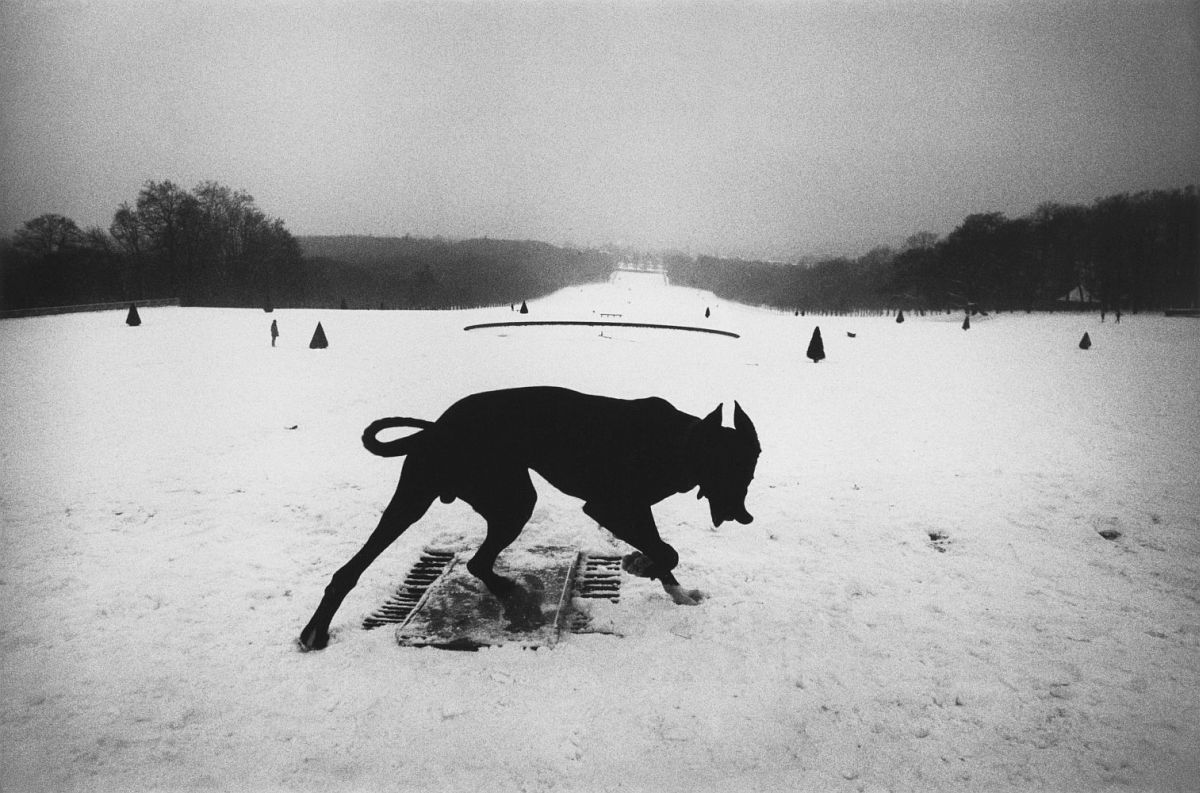 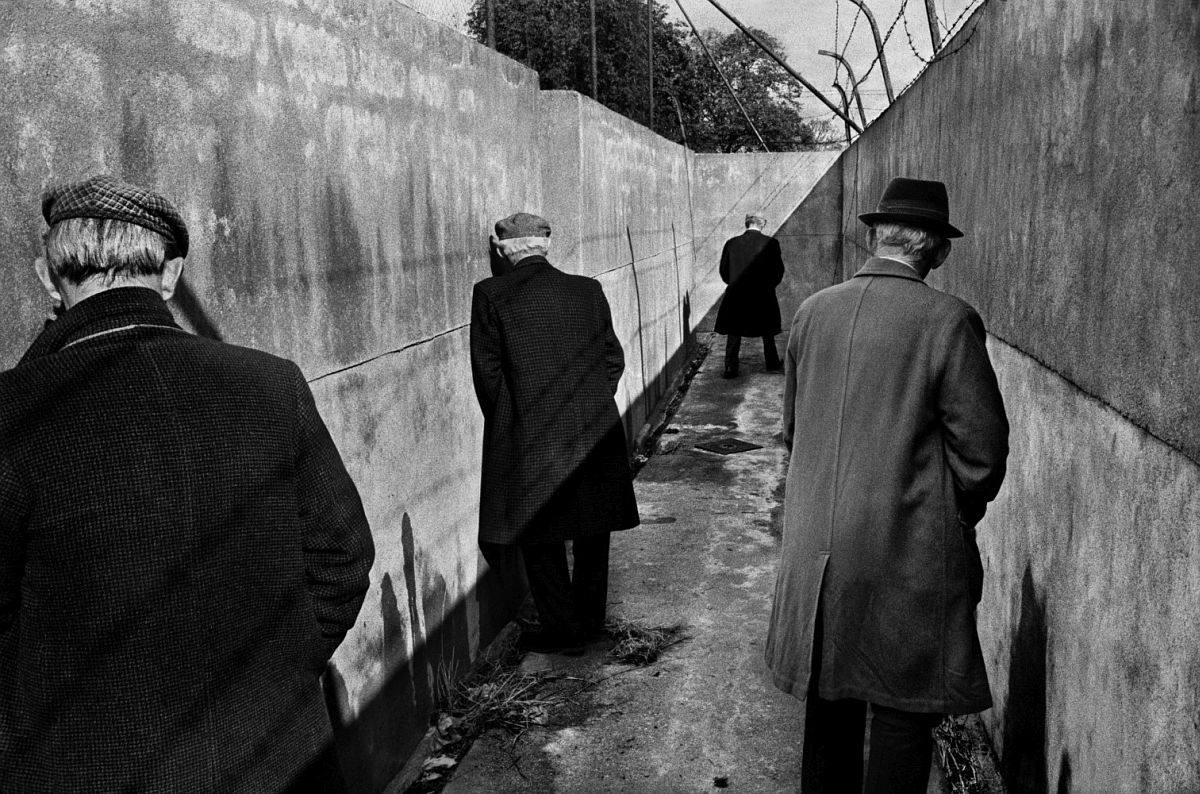 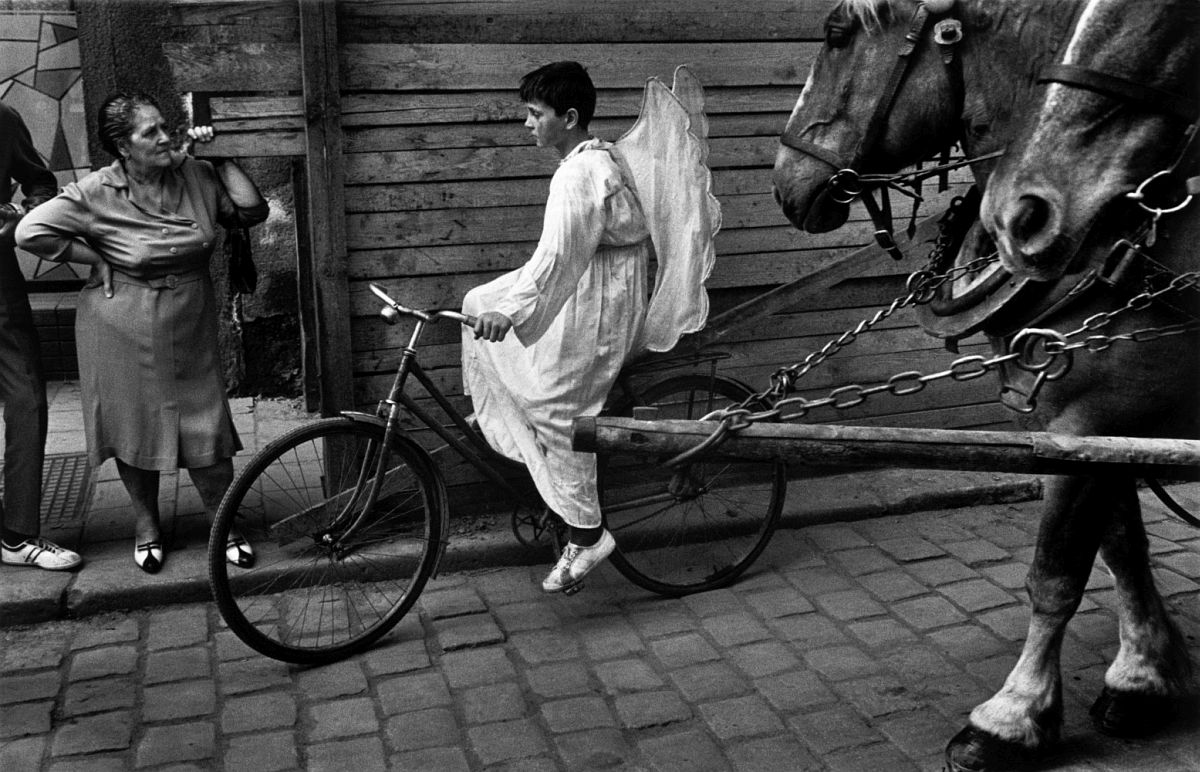 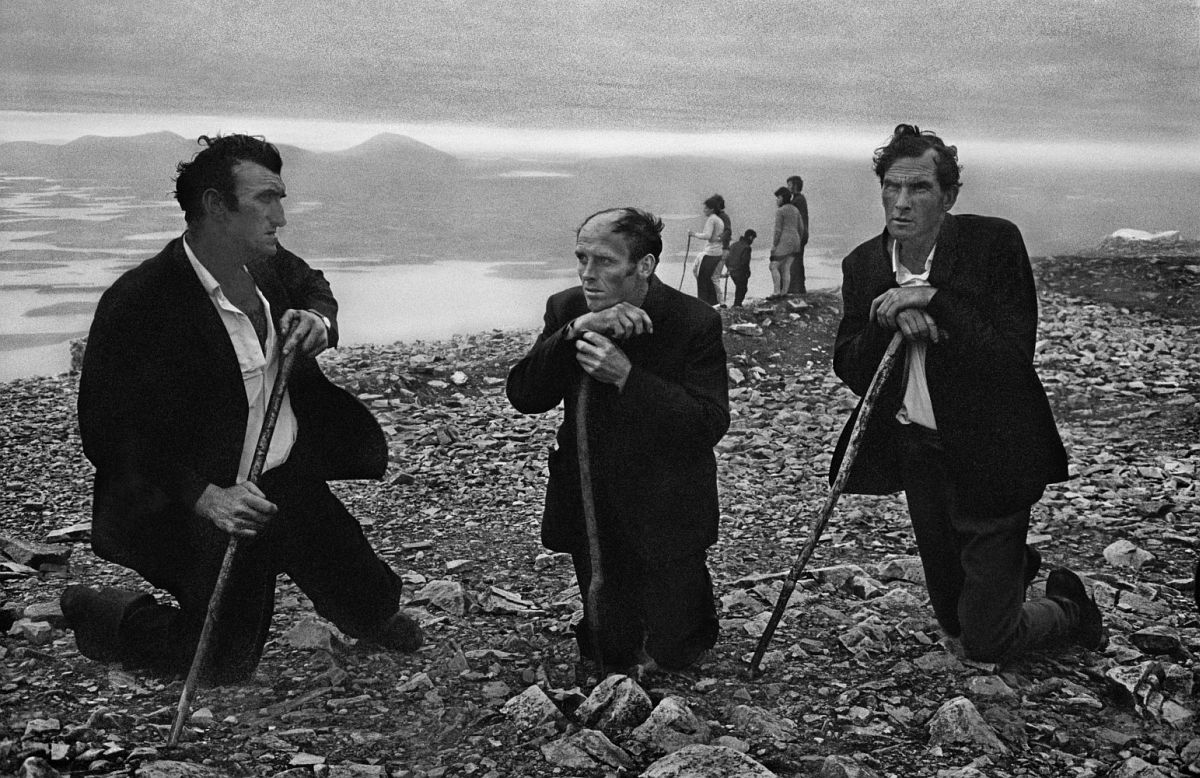 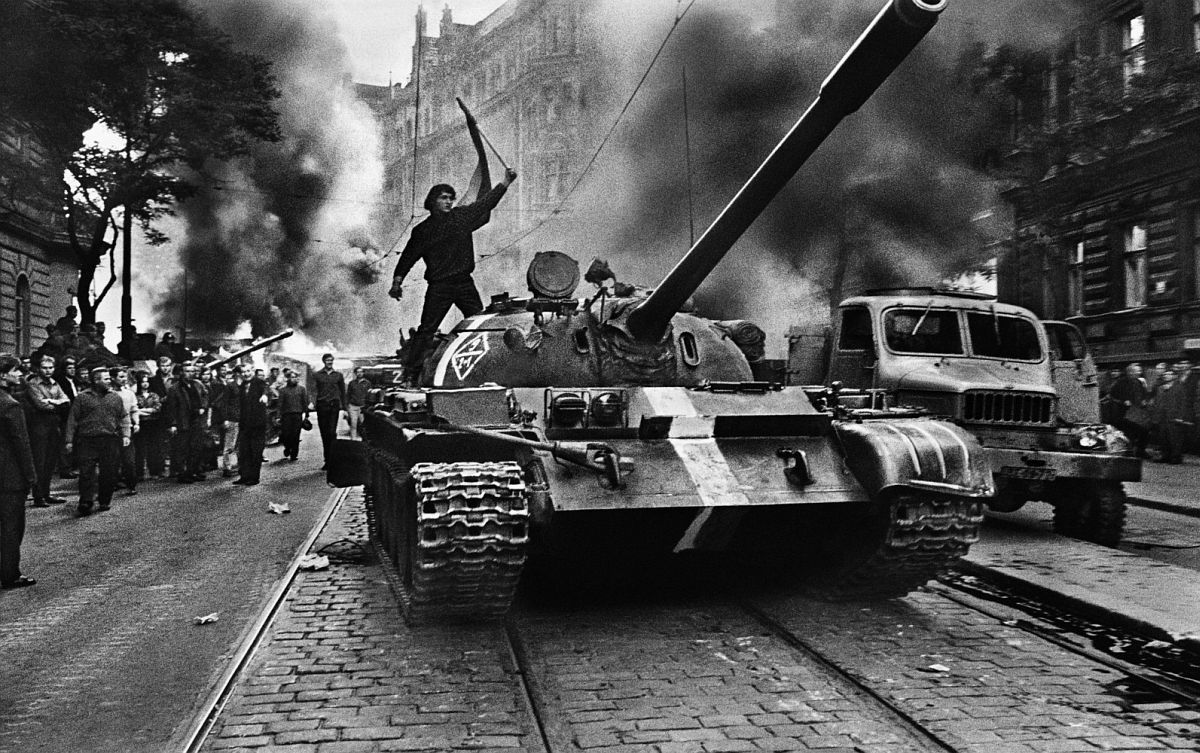