In January 1839, following the announcements of photographic processes by both William Henry Fox Talbot and Louis Jacques Mandé Daguerre, Llewelyn, with the encouragement of Henry Talbot, began to experiment himself. He tried all the processes available. His earliest daguerreotype is dated 1840. A few of his early photogenic drawings have survived, including some cliché verre, dated 1839. Some thousand calotype and wet collodion negatives still exist together with albums in private and public collections and retained by the family.

When the Royal Photographic Society was founded in 1853, Llewelyn was one of those who attended the foundation meeting at the Society of Arts in London, and was, for some years, a founder Council member. It was suggested at one time that he become country vice-president, but nothing seems to have come of that idea. He exhibited regularly in the early exhibitions of the Society as well as in Dundee, the Manchester Art Treasures exhibition and Paris exhibition in 1855. At this latter exhibition he was amongst those awarded a silver medal for his ‘Motion’ series.

In 1856 he announced his own oxymel process which allowed collodion negatives to be preserved over many days. This was hailed as a boon by the Illustrated London News of July 1856. They wrote “We have heard of a new method of preserving collodion plates for a week or a fortnight discovered by Mr Llewelyn of Penllergare a gentleman to whom all photographers owe a world of thanks. The plates may be prepared at home and a boxful taken out and think of this ye tourists, as you travel along and a fine prospect meets your eye you have nothing to do but to stop your carriage, get out your camera, and in a few minutes you may secure a picture, drawn by Nature herself, that would have taken you hours to sketch…”

He also took a number of stereo images using a camera he bought for his daughter Thereza’s birthday in 1856.

His last images would appear to date from the end of the 1850s after which it is possible that his health prevented any further photographic activity. He never took his camera outside Britain, though the family frequently visited mainland Europe. The majority of his images were taken around his estate of Penllergare, near Swansea, and around the Welsh coast. There are also a number taken in Cornwall over several years, many in Bristol including some pioneer animal and bird images in Clifton Zoo, Yorkshire, Derbyshire and a few in Scotland. His circle of photographic friends included Philip Henry Delamotte, Robert Hunt, Hugh Welch Diamond and especially his distant relative Calvert Richard Jones. Anecdotal diary references tell us that, in the 1840s, he was with his friend Antoine Claudet, conducting experiments on the daguerreotype process. It has been suggested that they were probably relating to the speed of exposure of the plate.

Though he never published any photographic books, he did contribute to The Sunbeam edited by his friend Philip Henry Delamotte and other books. One book by Llewelyn that was scheduled for publication was “Pictures of Welsh Scenery” to be published by Joseph Cundall of Bond Street, in 1854. In “The Practice of Photography” published in 1853 written by Philip Delamotte (or Philip H De la Motte as the publication states) an advertisement in the back announced: “Now ready, price 16s …. “Series of Photographic Pictures of Welsh Scenery” by J D Llewelyn. Published in parts 10s 6d each.” The book appears not to have been published for some unknown reason and there are no references to it in surviving letters either. 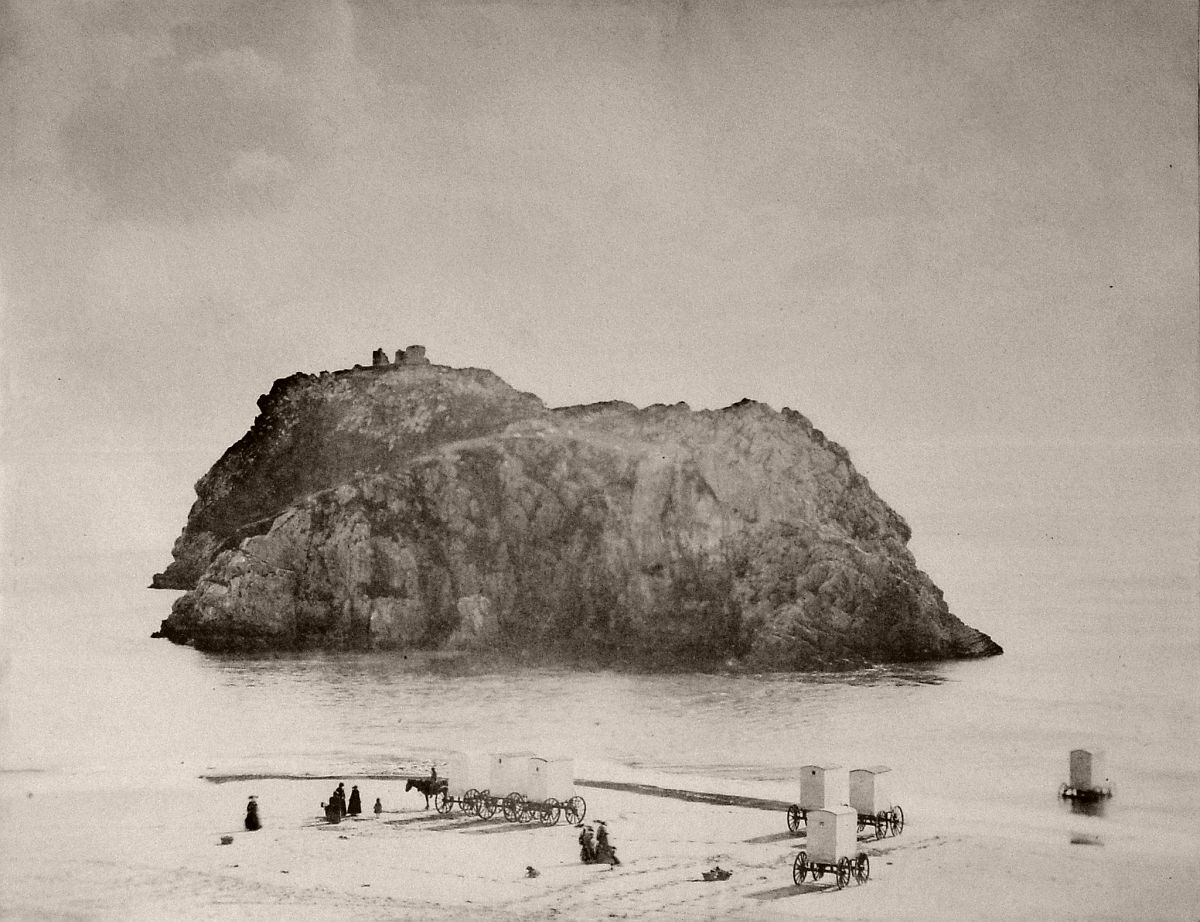 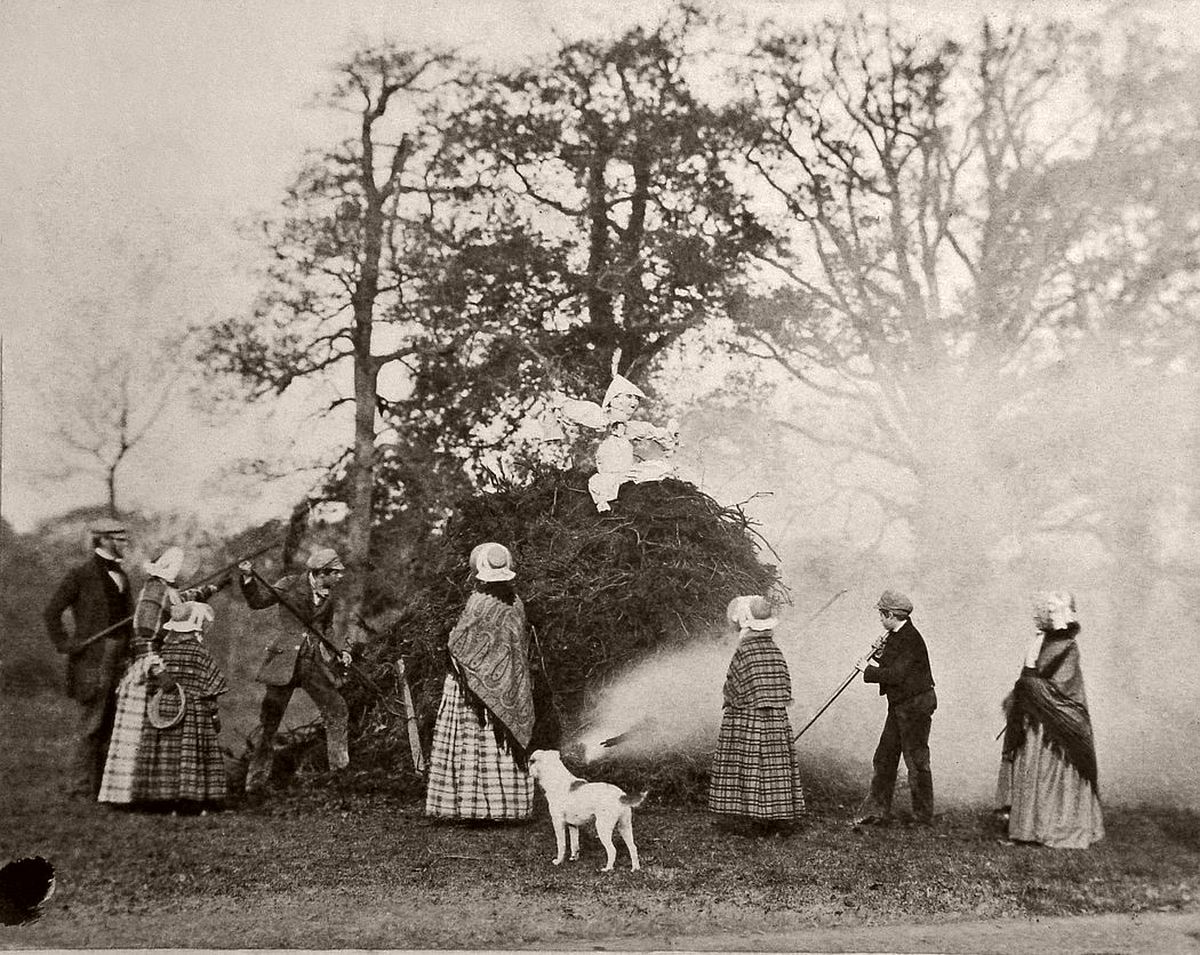 The Wigwam, a Canadian Scene at Penllergare. Photo by John Dillwyn Llewelyn 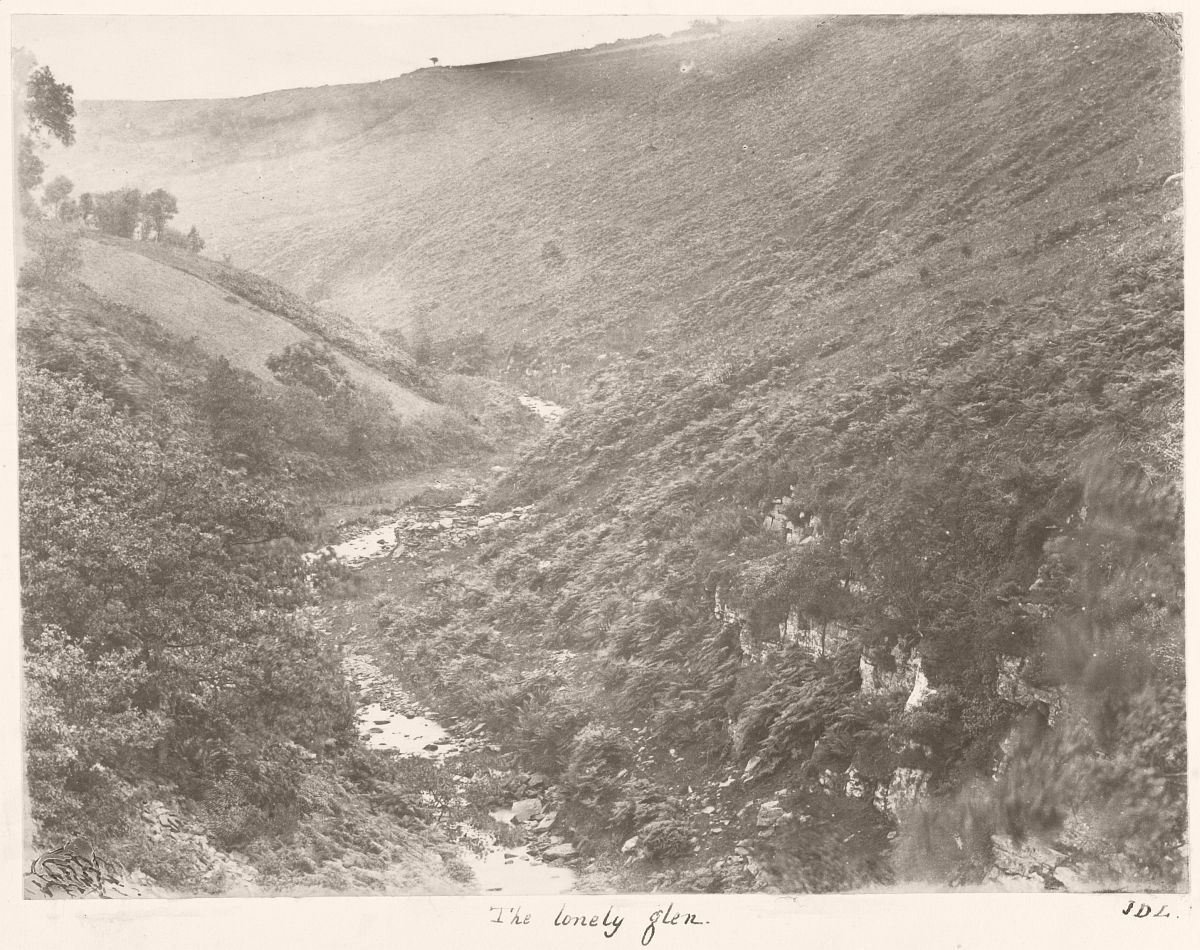 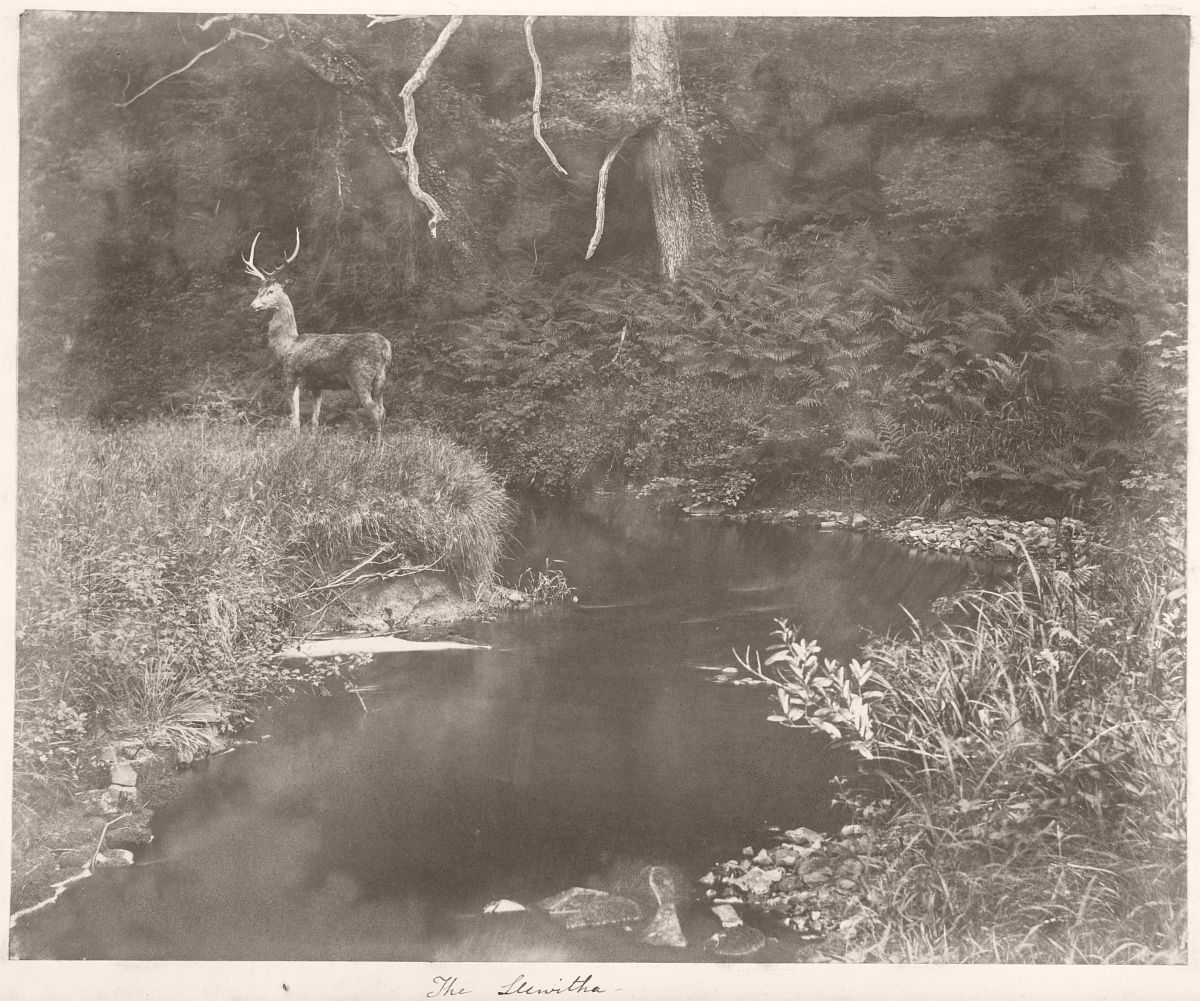 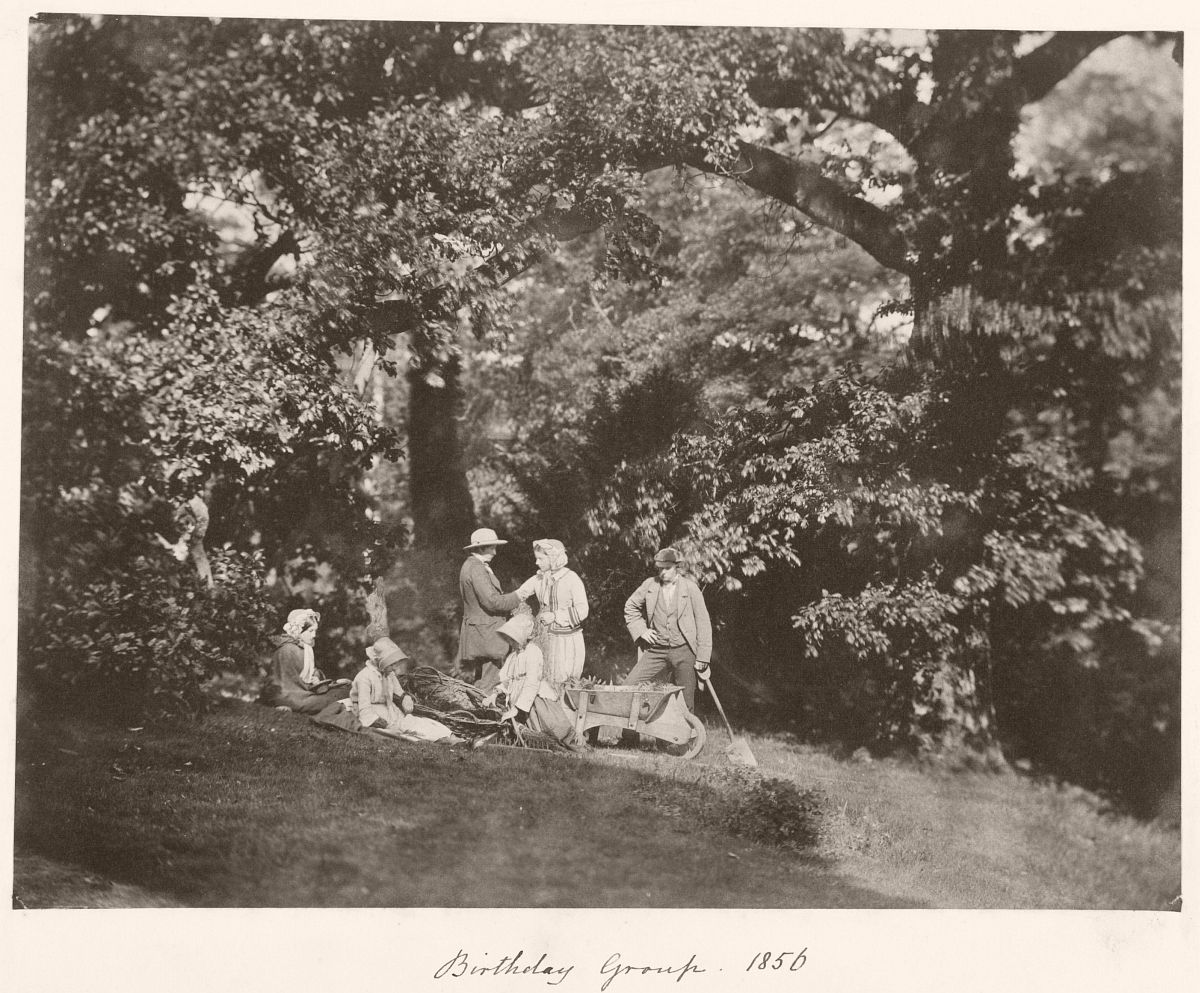 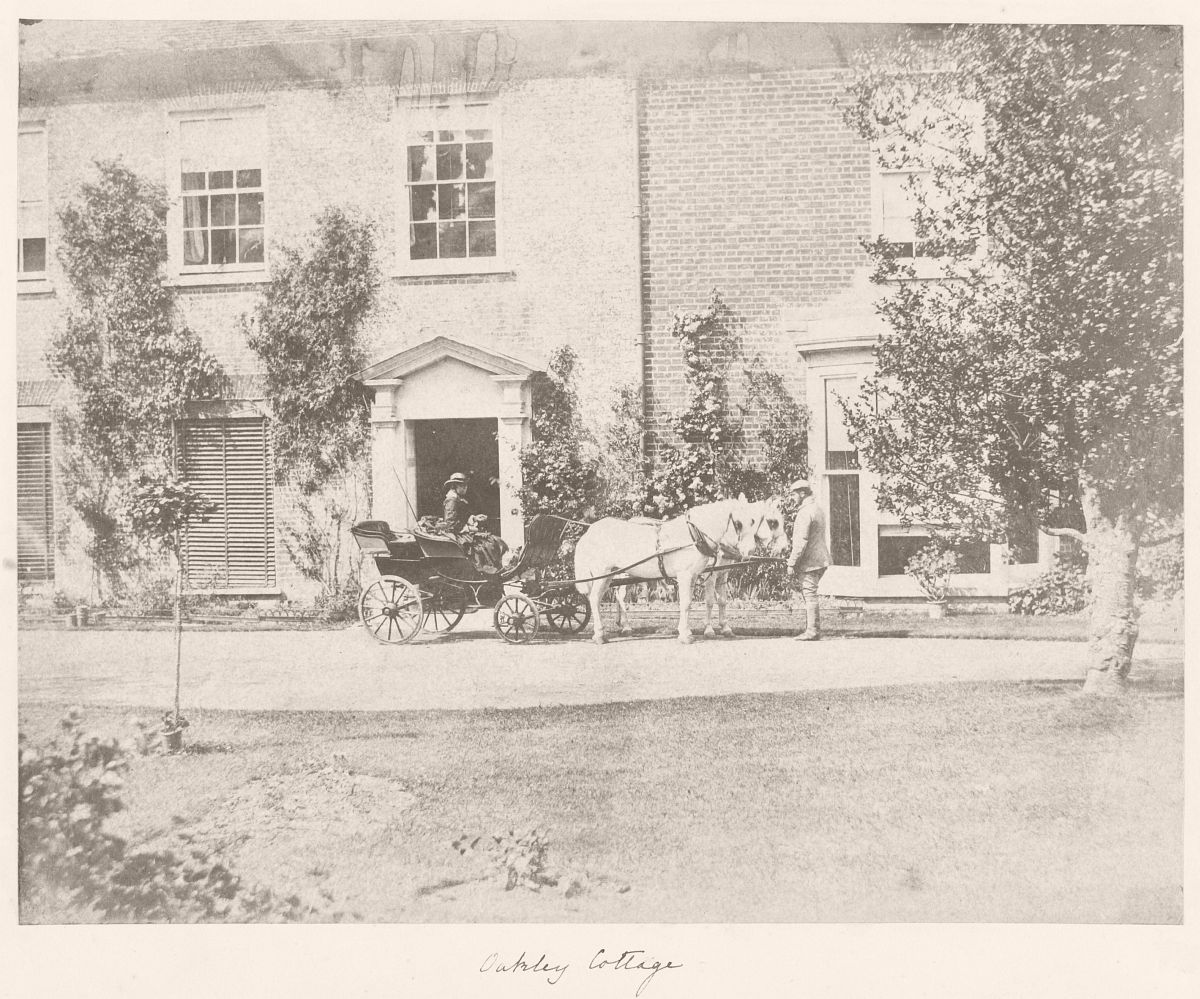