Upon establishing his foundation in Berlin in 2003, Helmut Newton expressed his wish to provide a forum not only for his own works, but for that of other photographers as well. His wish continues to be fulfilled posthumously, now with two unique projects by two of Helmut Newton’s friends and colleagues.

Meanwhile, “Pool Party” by Jean Pigozzi is presented in June’s Room. This installation features small-format, snapshot-like images taken around Pigozzi’s swimming pool in Cap d’Antibes, where Helmut and June Newton, among other A-listers, came to unwind or frolic in glamour. Jean Pigozzi, a photographer, art collector, and international businessman, was previously featured at the Helmut Newton Foundation with his portraits and selfportraits in the “Paparazzi” group exhibition in 2008. Here once again, we encounter spontaneous, surprising, and very private images of Pigozzi’s friends, united around the pool at Villa Dorane, which was built for his father Henri in 1953 by Ettore Sottsass. The photographs feature the likes of Mick Jagger and Bono, Liz Taylor and Naomi Campbell – many of the same VIPs that Newton portrayed in his work.

Accompanying this exhibition is the catalogue “Mario Testino. Undressed” published by TASCHEN. The book “Johnny Pigozzi. Pool Party” was published in 2016 by Rizzoli in New York. 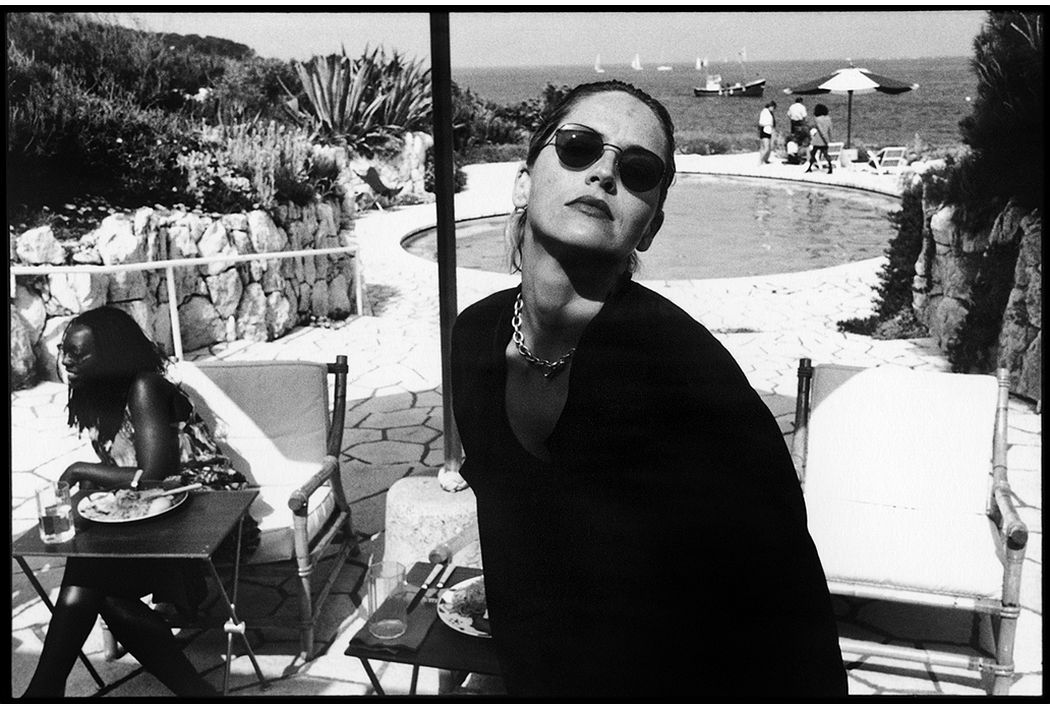 Sharon Stone works the camera in a pair of sunglasses in 1992 by Jean Pigozzi: Pool Party 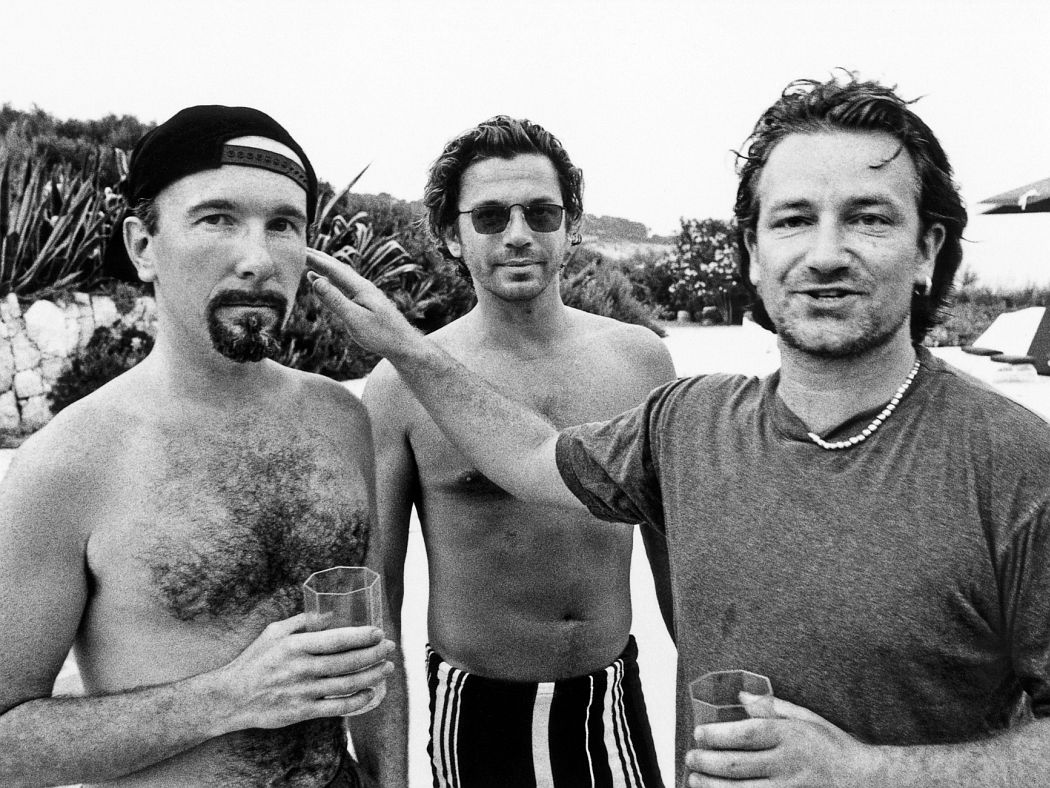 The Edge, Michael Hutchence and Bono catch up over a drink in 1994 by Jean Pigozzi: Pool Party 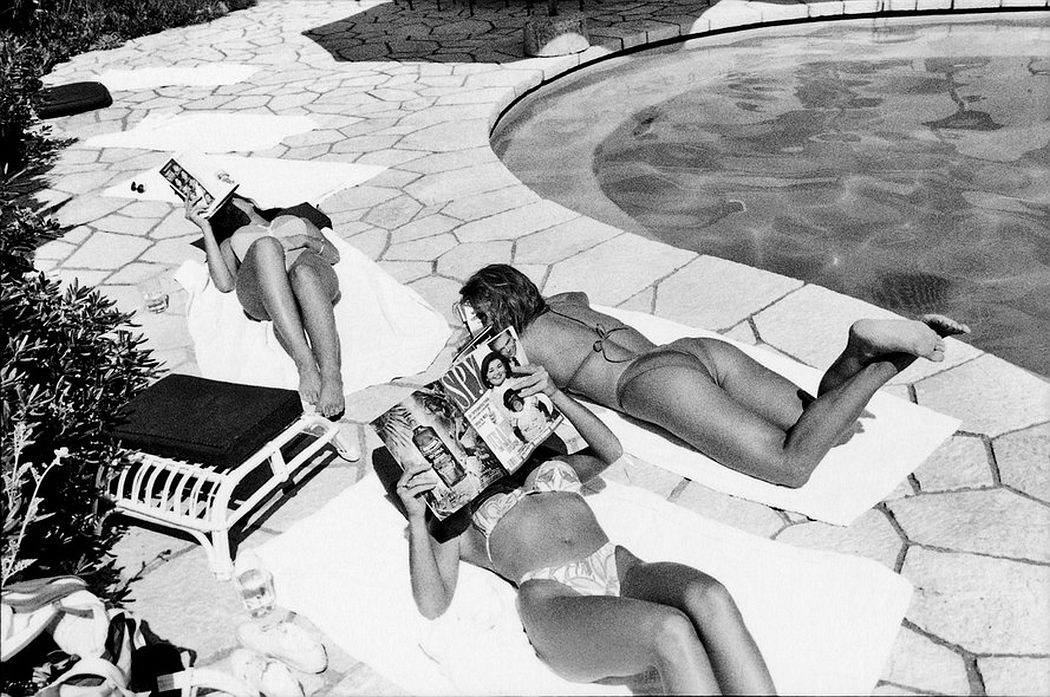 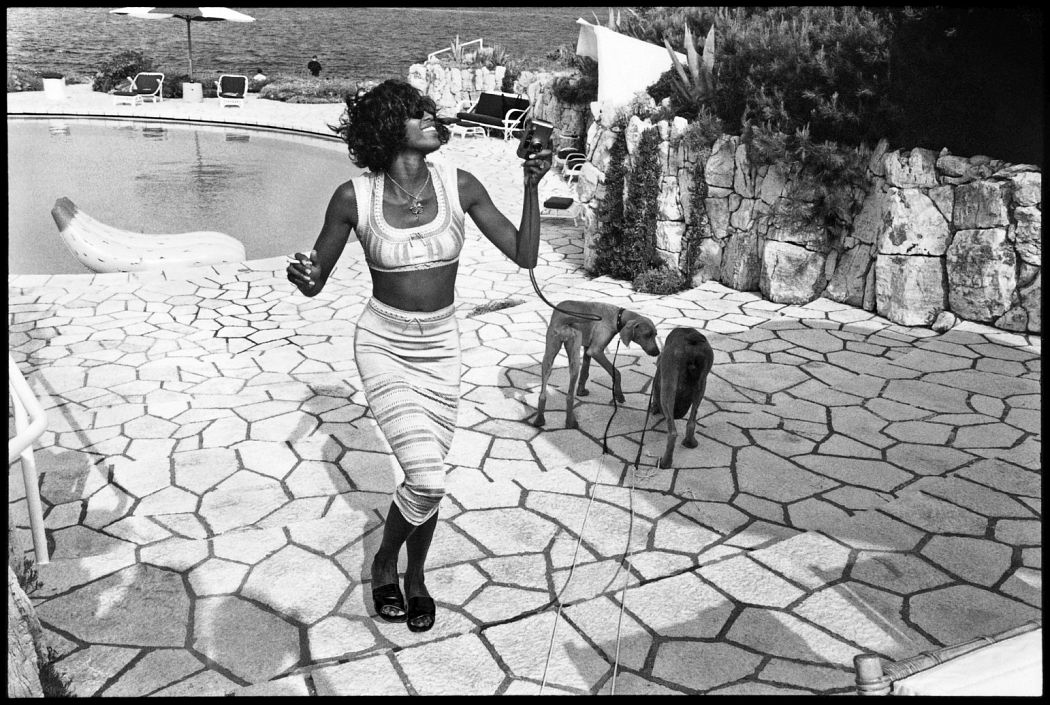 Naomi Campbell strikes a carefree pose as she stands alongside two pet dogs in 1993 by Jean Pigozzi: Pool Party 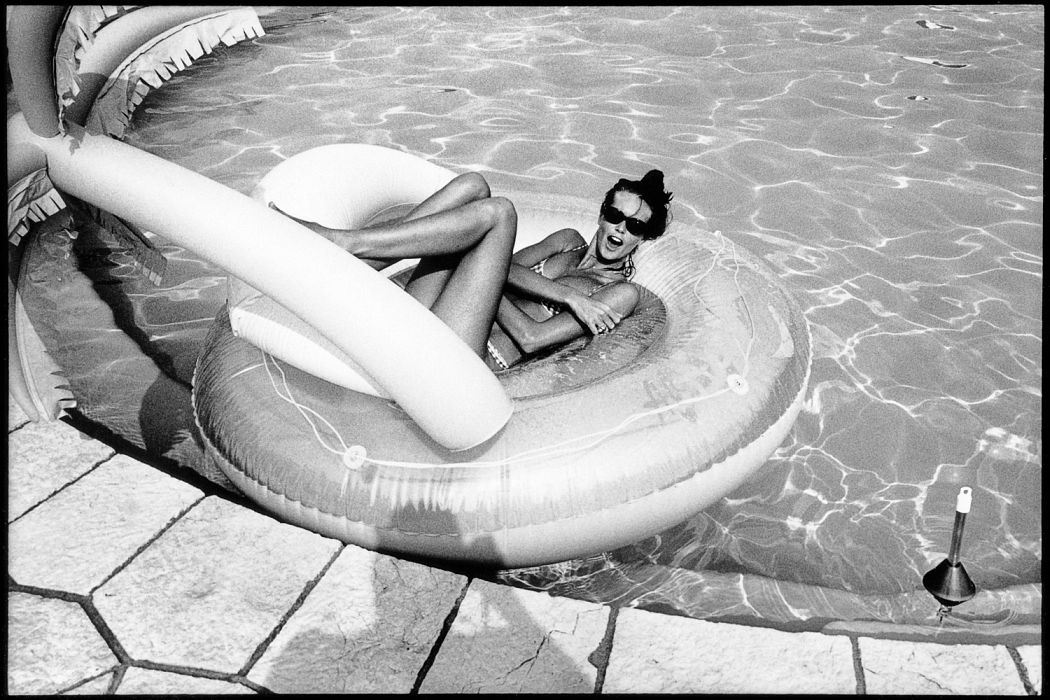 Elle Macpherson lounging in an inflatable in 1991 by Jean Pigozzi: Pool Party