I started photographing horses back in the late 1990’s following a visit to see and photograph the New Forest Ponies that graze wild on the heaths and in the woodland areas there. For most people I suspect that the horses seem to spend most of the time with their head down and grazing, but if you spend time on watching them, trying to understand their behaviour, they are fascinating animals.

My initial work, back in the days of film, was nature/wildlife stock images, of which I had a number of my images published in magazines. I moved over to digital in 2008 and early on I produced a collection of nature and wildlife stock images, as well as general stock images which are represented by agents and I have been published on book covers, business literature, newspapers, calendars, postcards, magazines and others both in the UK and overseas.

I have always loved B&W images, there is something that really grabs my interest, more so than colour, although I love colour also. I feel with B&W, you can create more of a mood, an atmosphere, and allow more creative interpretation of a scene without the distraction of colour. Of the last five years, this is where I have concentrated my efforts, to convey my interpretation of a scene or event, my mood, feelings and fascination for my subject. 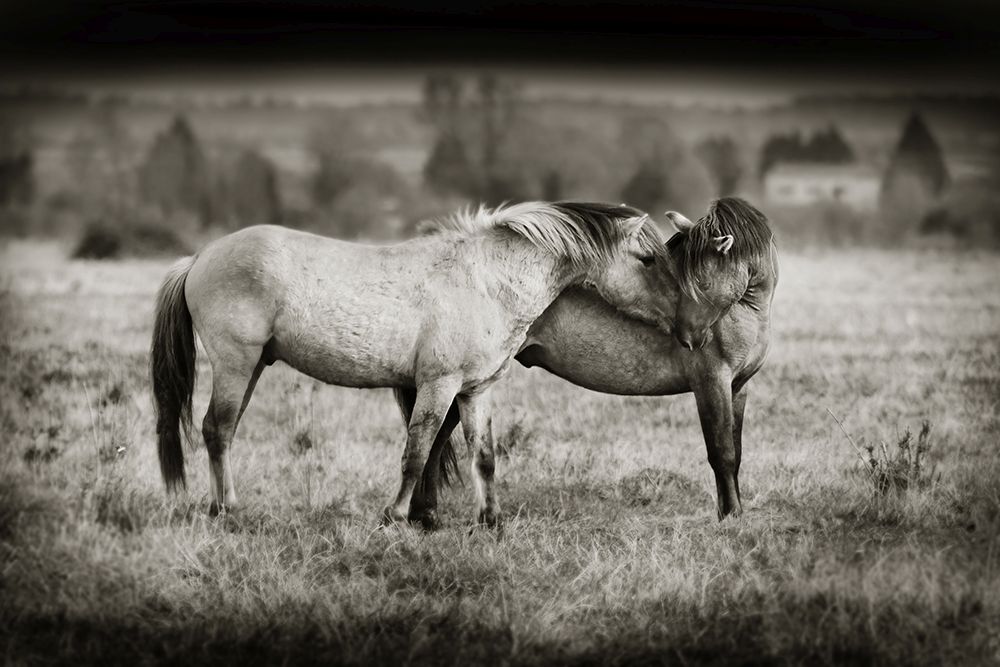 How and when did you become interested in photography?

I started taking photographs like most people, as a young lad on family holidays, but my interest in photography developed in my late teens. My father had a manual Praktica, and after I badgered him for a while, he let me borrow it, he even showed me the basics to operate it. I liked the process of taking photographs; reading the light meter, setting the shutter and aperture, then focusing. I used to experiment with a variety of subjects and techniques, the results were never very good, but it helped me learn and my interest in photography grew with it.

Is there any artist/photographer who inspired your art?

I love the work of David Bailey. When his book “If we shadows’ came out, I had to get a copy. I found his work really interesting. Black and white seemed more emotional than any colour images I ever saw, a different kind viewing of experience for me. I knew I wanted to have a go myself, but I didn’t actually start taking black and white until much later.
From a wildlife and landscape perspective, there have been quite a few photographer’s that I could say have been inspirational; Laurie Campbell, Thomas Mangelsen, Frans Lanting and John Shaw were and still are my favourites, though my taste have developed and find other photographers work just as inspirational. David Anthony Hall is a good example. When I saw one of his panoramic landscapes up close, the fine detail was incredible. A large piece, but right up close you could see every blade of grass and every leaf.
Although the my main inspiration in wildlife comes from those who predominantly work in colour, I love the emotion that black and white can convey and I feel I have experienced more satisfaction in my own work through black and white.

Why did you choose wildlife photography?

Initially I photographed a variety of subjects, it wasn’t until my mid-twenties that I took a keen interest in nature and wildlife. I stumbled across some images in a magazine taken by a Scottish Nature photographer. I thought his work was stunning, both the landscape as well as the wildlife. There were no big cats, elephants, or far flung places, his work was much closer to home. Something I thought that I could enjoy doing. It intrigued me enough to buy a book of his, I learned a lot from it too. Once I had managed to buy a used 400mm f5.6, I was out there trying to get similar pictures of my own. It wasn’t easy though, but this only heightened my interest. Seeing a resulting image of mine where it actually worked out and looked good, was a big thrill to me. But even when I failed to get the shot I was after, I still enjoyed the time and the experience of watching wildlife.

Have you ever been in a dangerous situation to capture the perfect shot?

No, not really, not like some. Kneeling beside stampeding elephants or waist deep in a swamp full of crocodiles are situations I’ve never experienced, so I can’t really say that I have.

How much preparation do you put into taking a photograph/series of photographs?

It depends very much on what I’m going for and where I’m going. I always have ideas of what images I want. As wildlife can be unpredictable, you don’t always get the option, you have to be able to adapt and take advantage of opportunities. I always plan for the light so I know where it’ll be throughout the day, it helps to have a good idea of where and when I need to be. I like clouds, they can provide dramatic backdrops soI like to go out on cloudy days.
Getting to know the subject’s behaviour is also important. It pays to put the camera away and watch for a while. It gives you a good basis of what to expect.
I sometimes use camouflage trousers and jacket when going out for wildlife, but not so much these days. Ex-military camouflage jacket and trousers from an army surplus store works very well. I used to use hides, which I often made using local materials such as broken tree branches, gorse and bracken. Once had a deer come within 3 meters of one of my makeshift hides, though I couldn’t photograph it as it was too close.

When I photograph the horses on the fens in Cambridgeshire, or at the New Forest in Hampshire, no hides or anything like that is required. I always start from a reasonable distance, I then take my time to work my way closer. In doing so, they tend to ignore me for the most part which is ideal, this way I can get photographs with natural behaviour, exactly what I’m after. I tend to adopt a the same process when photographing domestic horses in the paddock. I don’t really like posed or contrived photographs, I prefer to see their real and natural state as much as possible.

I use a digital SLR for all my work, shooting in colour then post-process into black and white. I like to keep it simple, so I use similar techniques to what you could effectively recreate in a chemical dark room – dodging, burning and adjustments to contrast and brightness, that’s pretty much it. I like to add a slight tone, I believe it gives my work more depth and an earthier feel.

What future plans do you have? What projects would you like to accomplish?

With regards to horses, there are still a number of images that I would like to get, so will be back out at some point, but no immediate plans right now. I will be putting together some landscape and nature work in the near future and the resulting works will be added to my website. For now however, I am working on something very different, it’s a project that I started as an experiment back in 2008 which I revisit regularly. It’s not quite ready yet, though I’m nearly there. It will be focused very much on the fine art side of photography and by contrast will be predominantly colour. Nature and wildlife will be very much in the forefront. 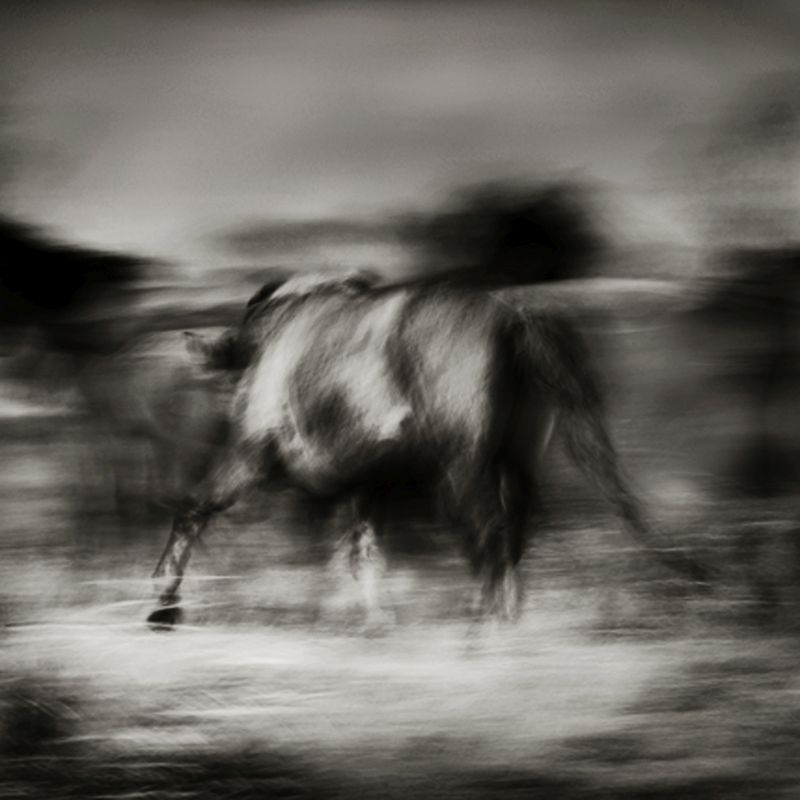 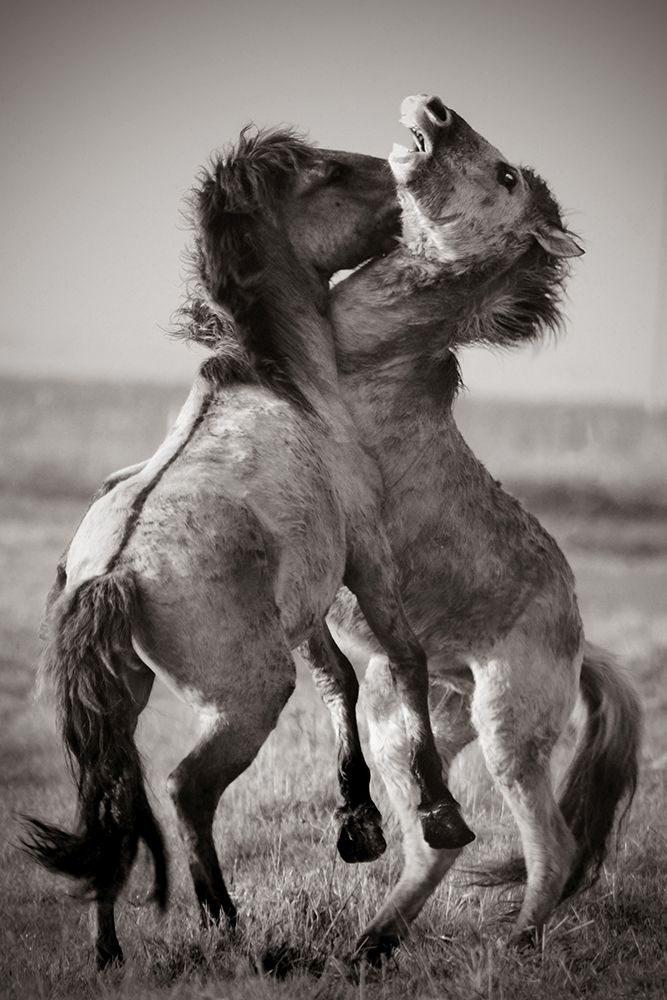 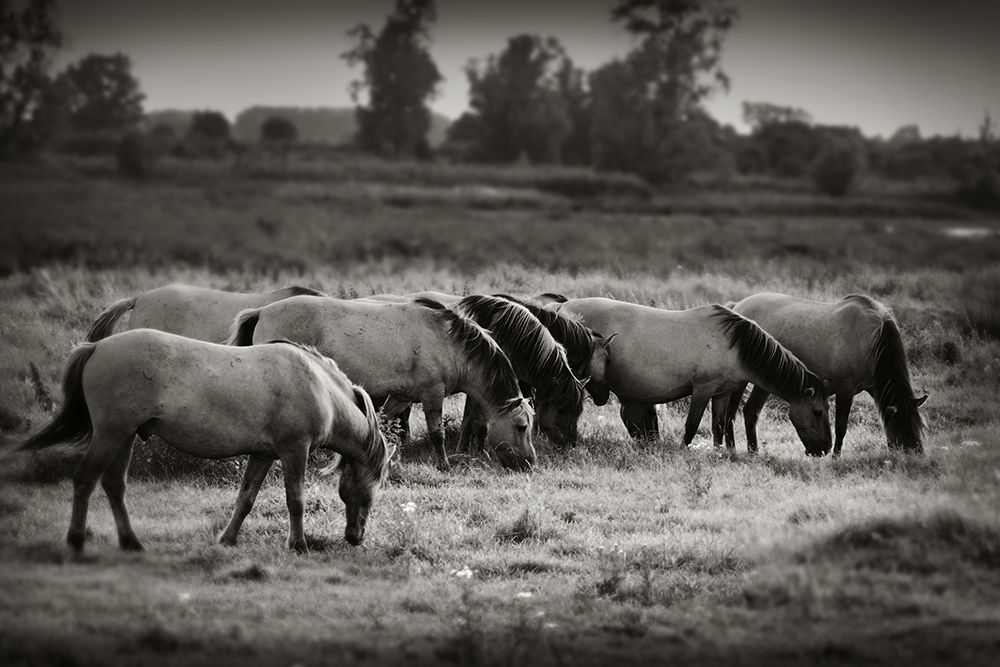 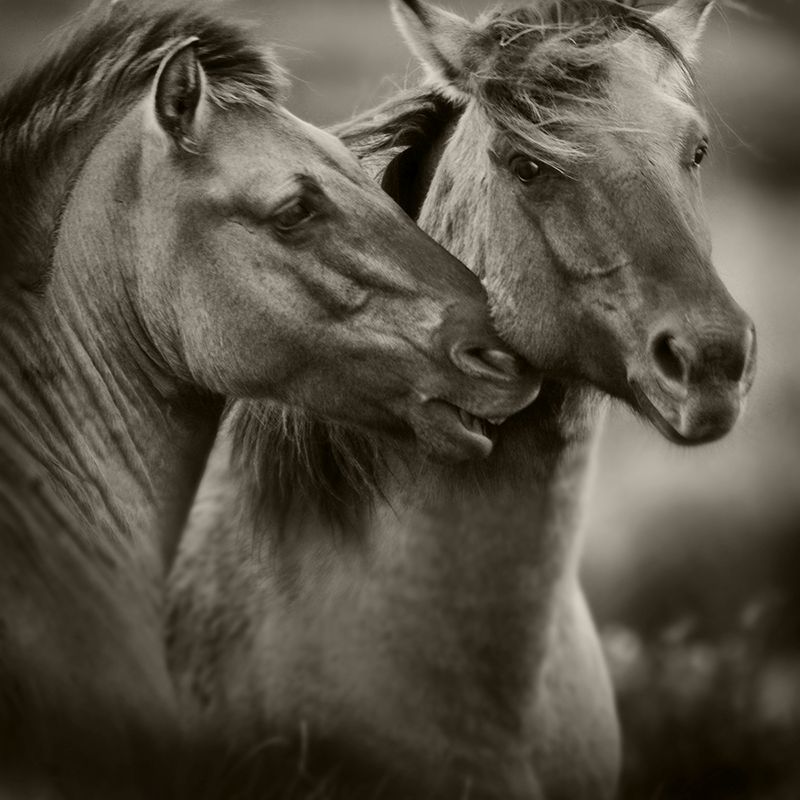 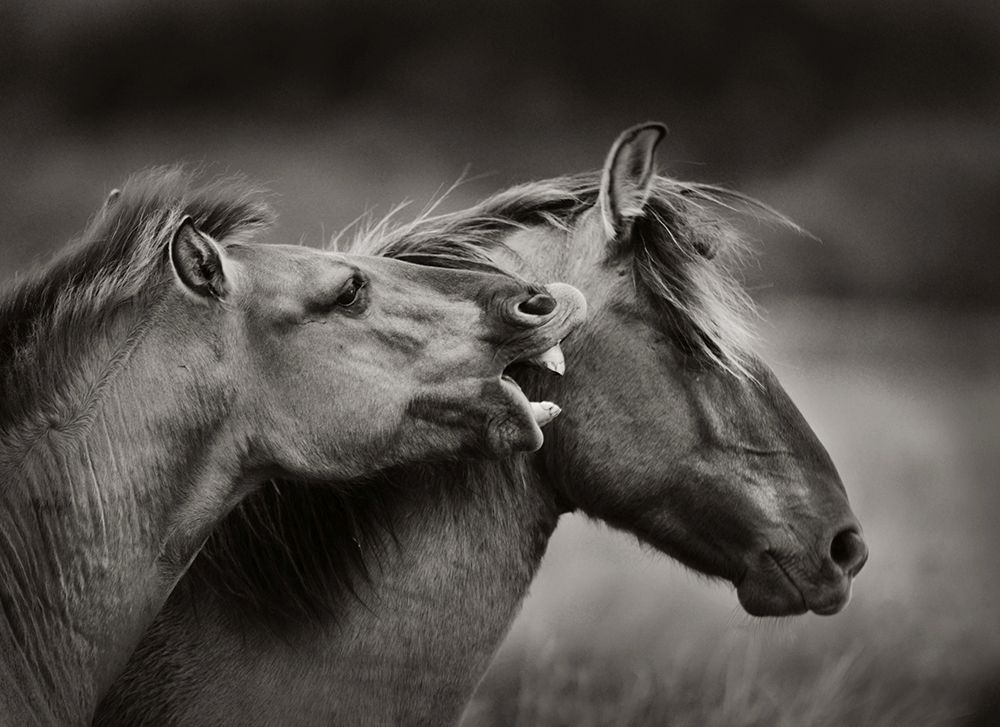 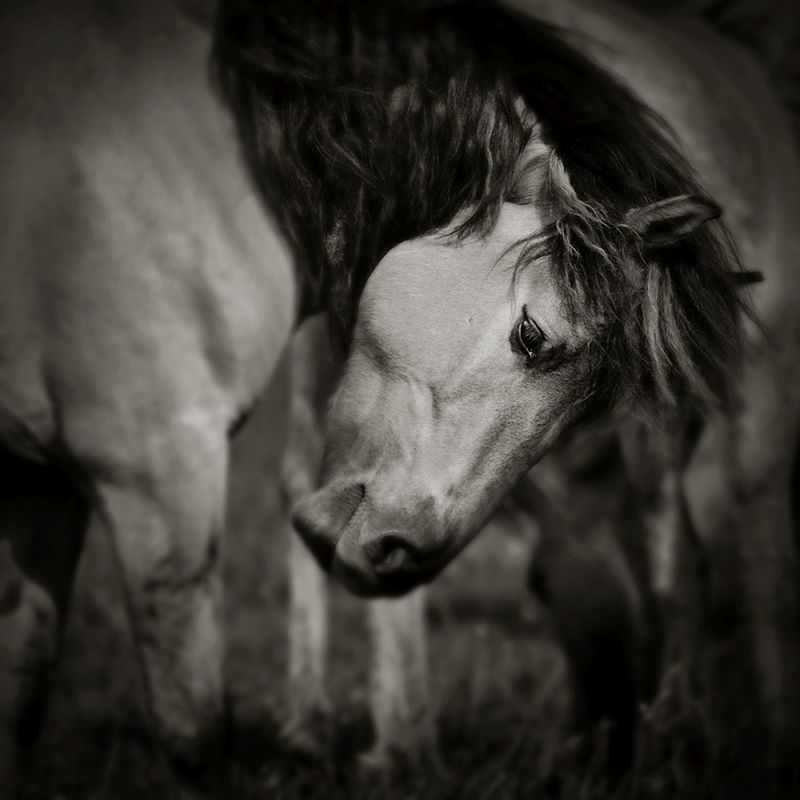 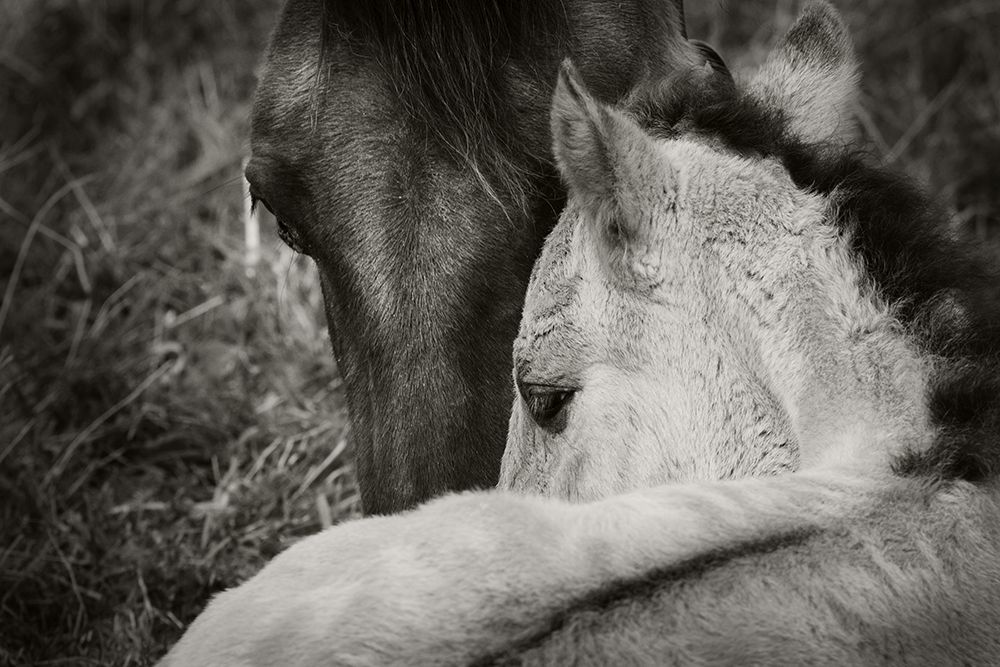 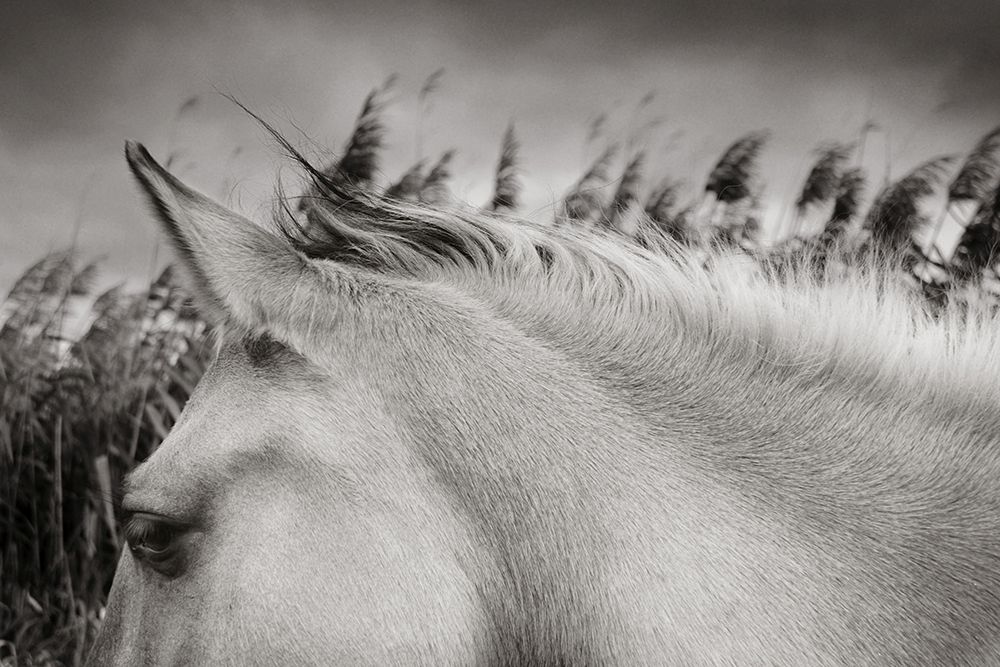 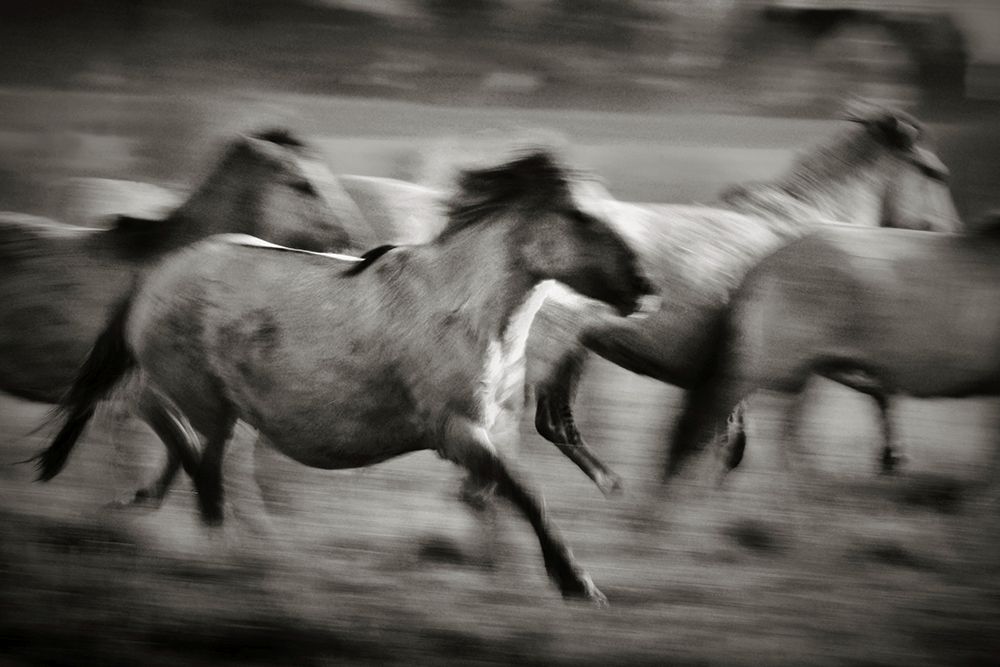 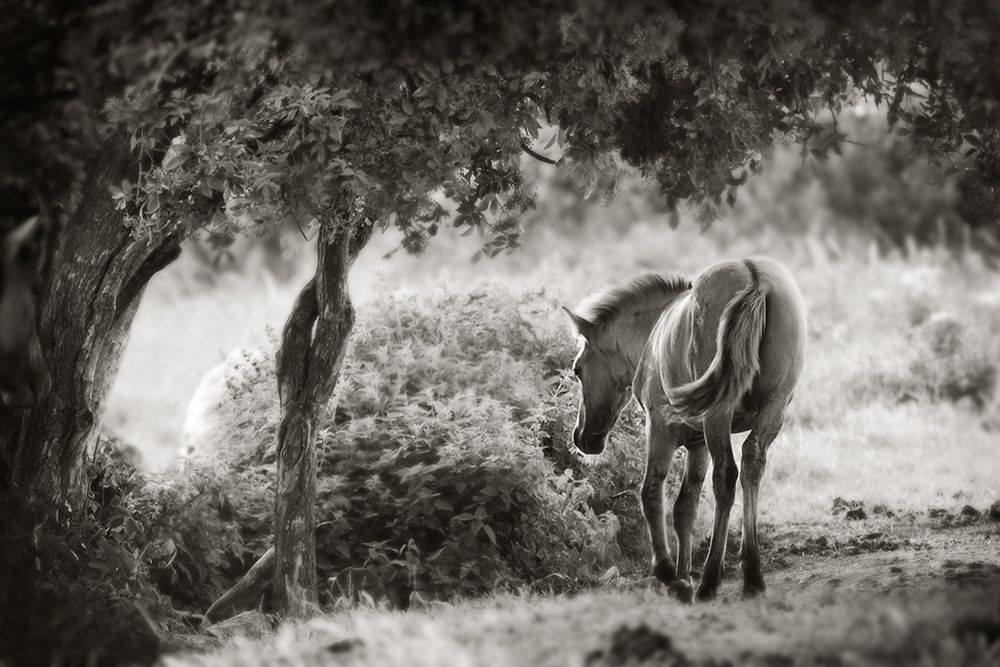 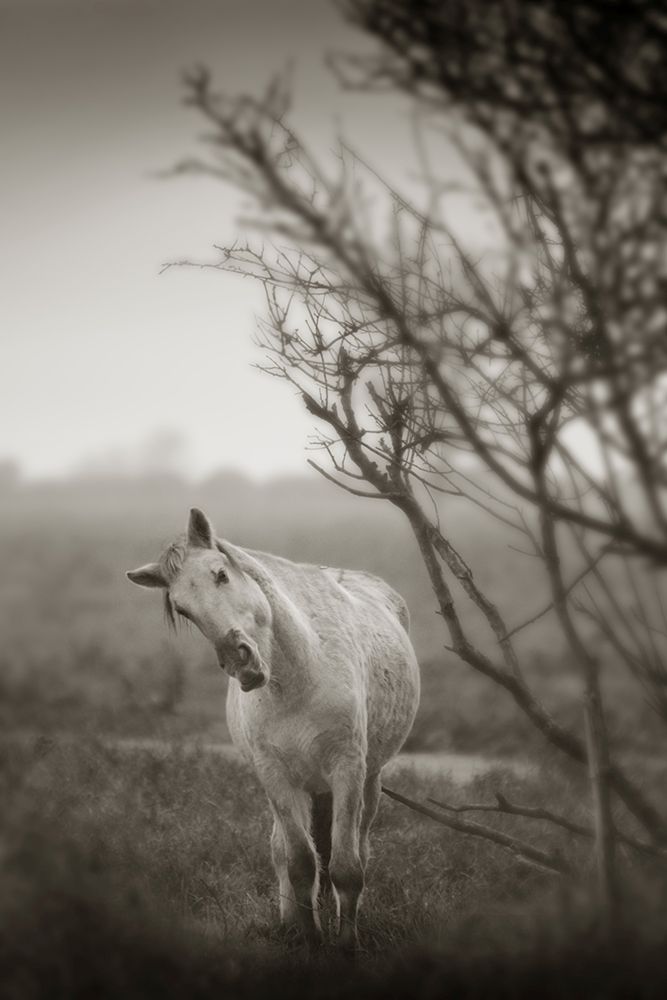 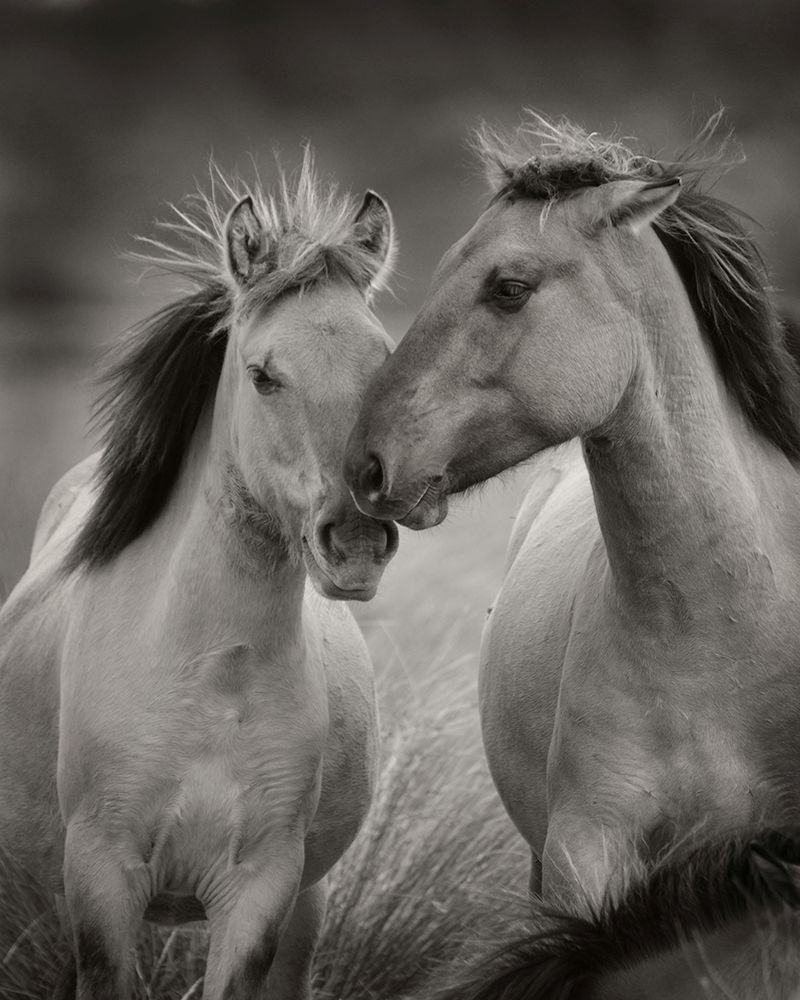 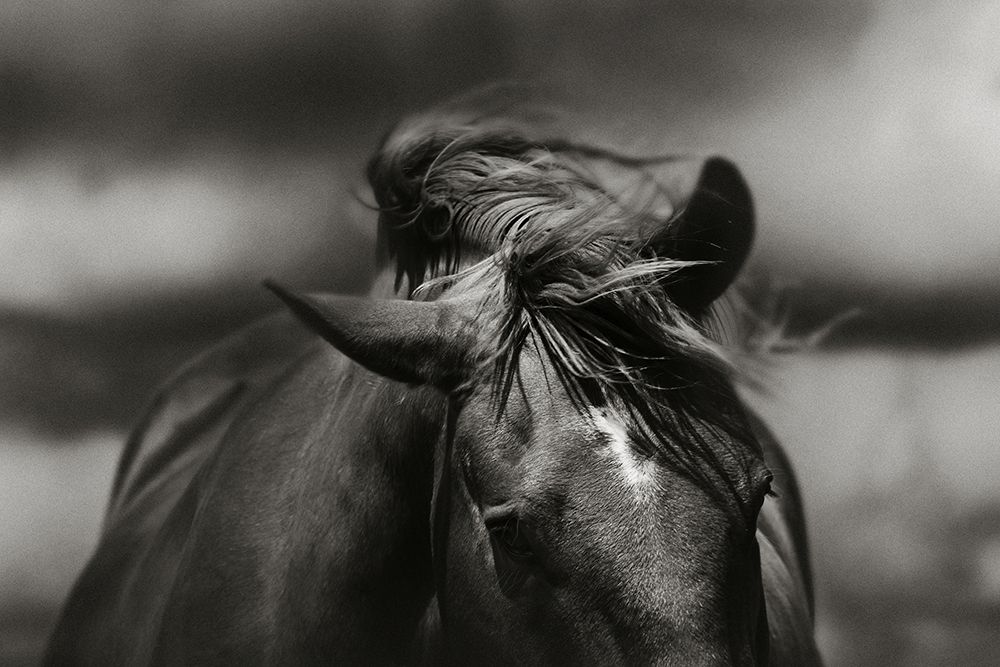 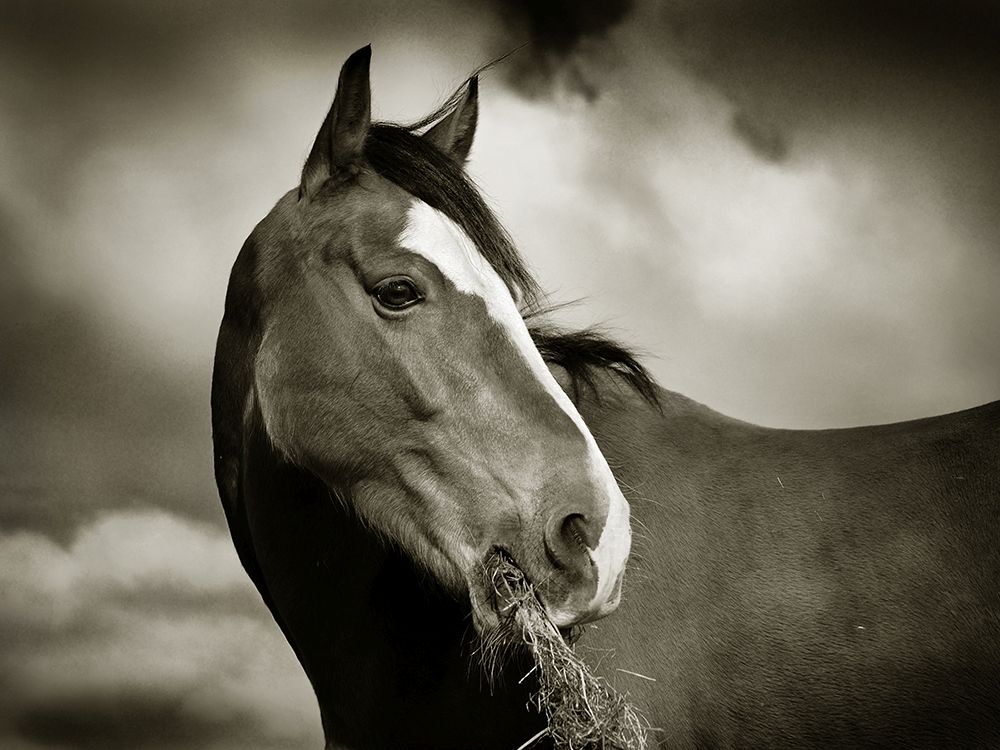 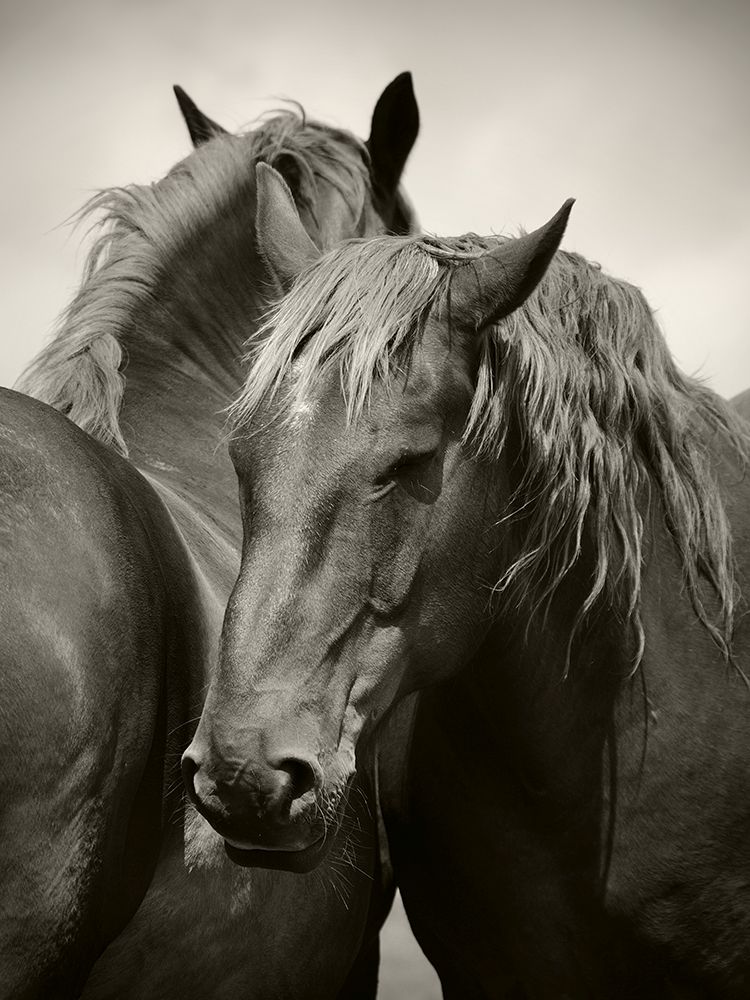 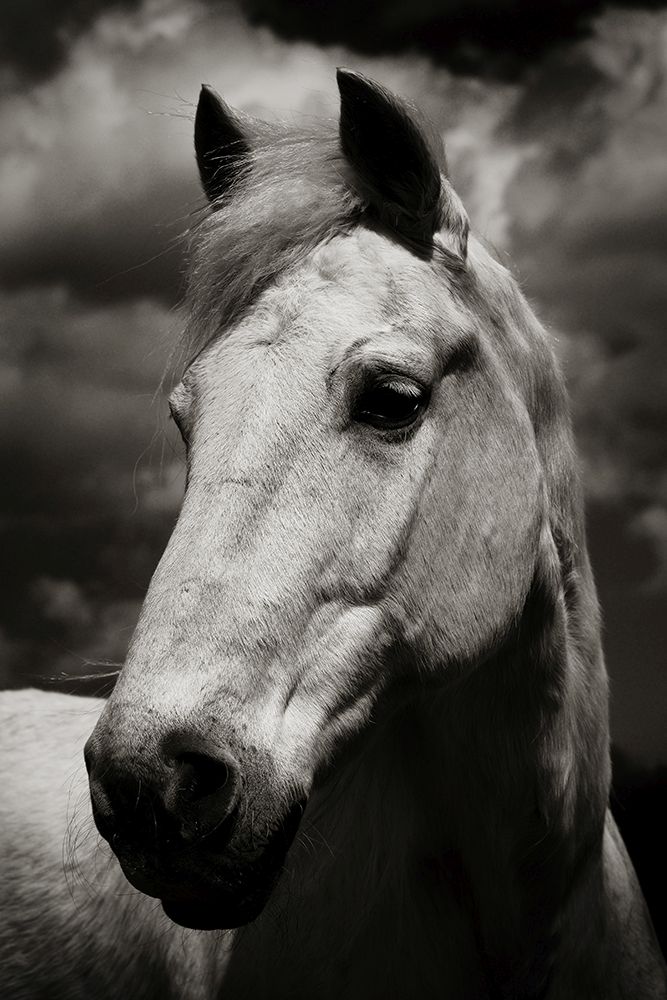 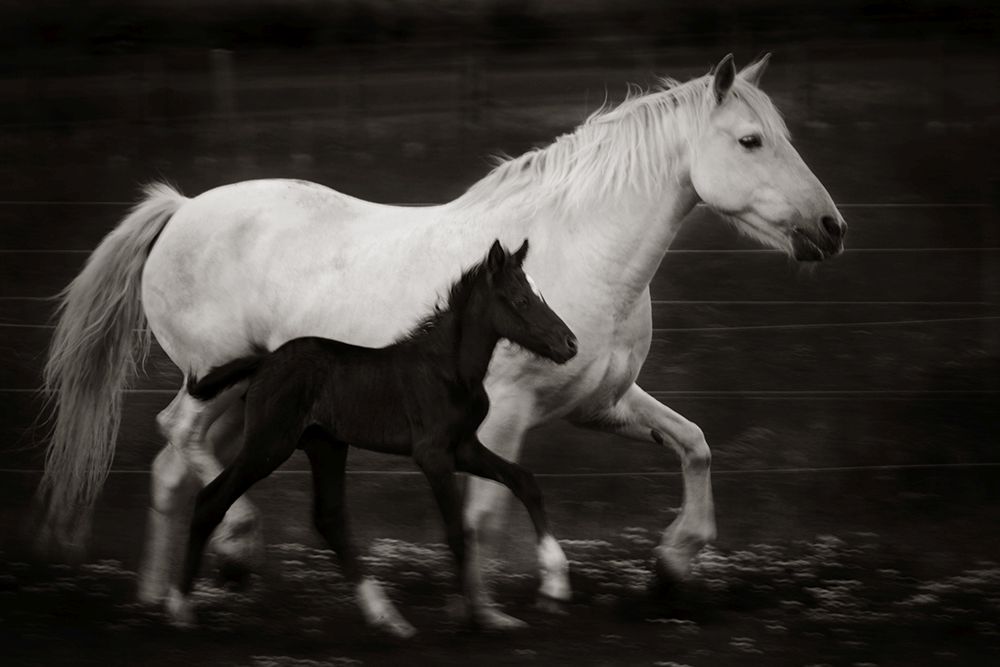 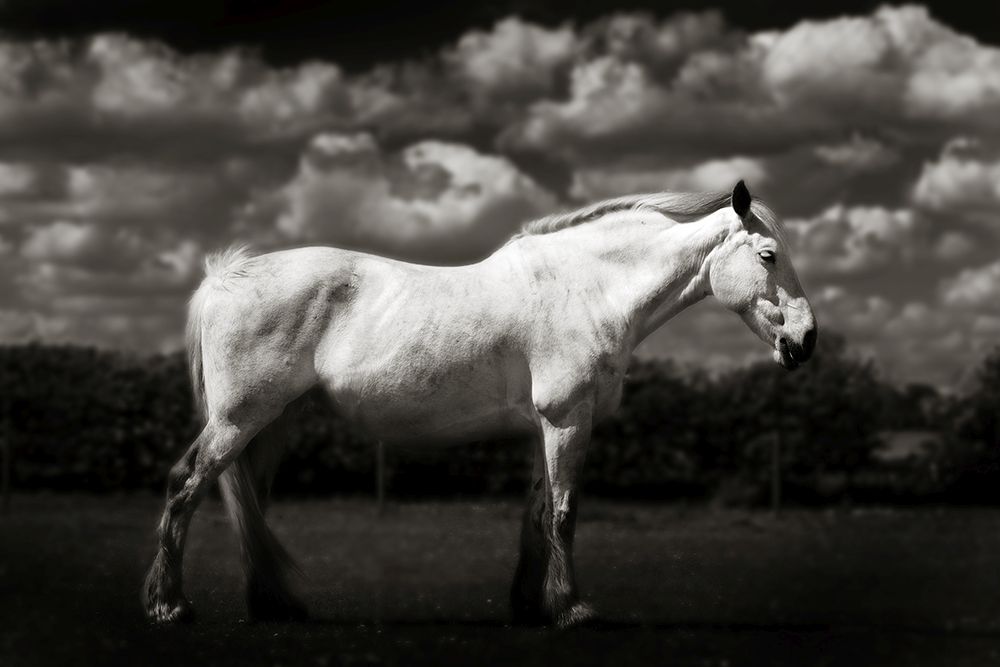 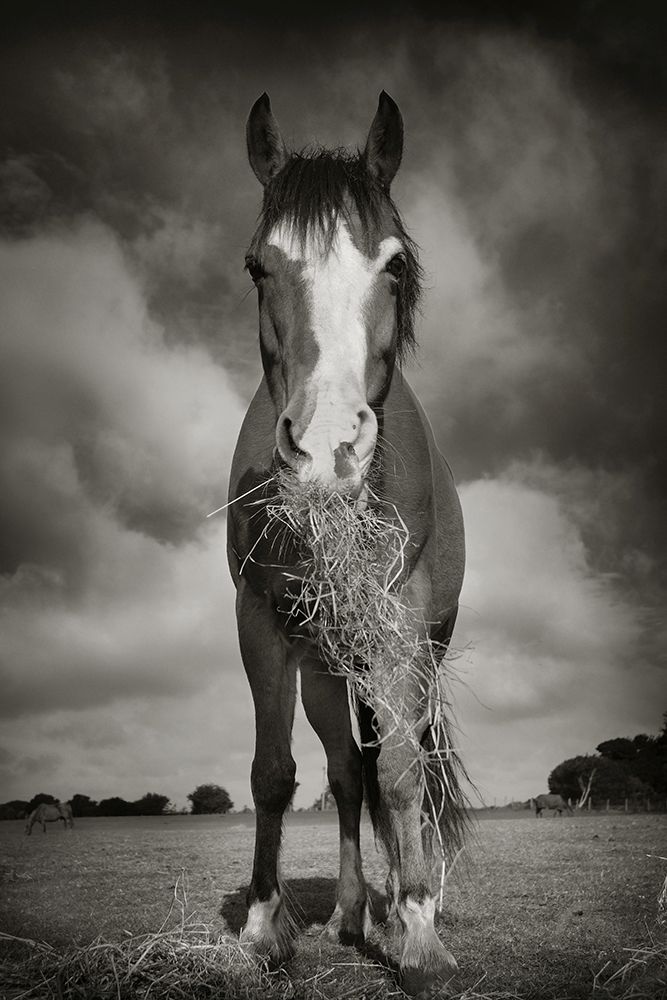