Henry Peach Robinson (1830 – 1901) was an English pictorialist photographer best known for his pioneering combination printing – joining multiple negatives or prints to form a single image; an early example of photomontage.

In 1852 he exhibited an oil painting, On the Teme Near Ludlow, at the Royal Academy. That same year he began taking photographs, and five years later, following a meeting with the photographer Hugh Welch Diamond, decided to devote himself to that medium, in 1855 opening a studio in Leamington Spa, selling portraits.

In 1856, with Rejlander, he was a founding member of the Birmingham Photographic Society.

In 1864, at the age of thirty-four, Robinson was forced to give up his studio due to ill-health from exposure to toxic photographic chemicals. Gernsheim (1962) has shown that thereafter he preferred the easier ‘scissors and paste-pot’ method of making his combination prints, rather than the more exacting darkroom method employed by Rejlander.

Relocating to London, Robinson kept up his involvement with the theoretical side of photography, writing the influential essay Pictorial Effect in Photography (1869), Being Hints on Composition and Chiaroscuro for Photographers, published in 1868. Around this time his health had improved sufficiently to open a new studio in Tunbridge Wells with Nelson King Cherrill, and in 1870 he became vice-president of the Royal Photographic Society. He advocated strongly for photography to be regarded as an art form.

The partnership with Cherrill dissolved in 1875, Robinson continuing the business until his retirement in 1888. Following internal disputes within the Photographic Society, he resigned in 1891 to become one of the early members of the rival Linked Ring society, in which he was active until 1897, when he was also elected an honorary member of the Royal Photographic Society.

Robinson was an early supporter of the Photographic Convention of the United Kingdom and took part in this institution’s long running debates about photography as an art form. He was invited to serve as the President of the PCUK in 1891 but, as he described later, ‘I felt compelled to decline, knowing that I could not carry out the duties as they should be carried out, having a defect of voice which would not allow me to read my own address’. He was subsequently persuaded to serve as President in 1896, when his presidential speeches were read out by a colleague. 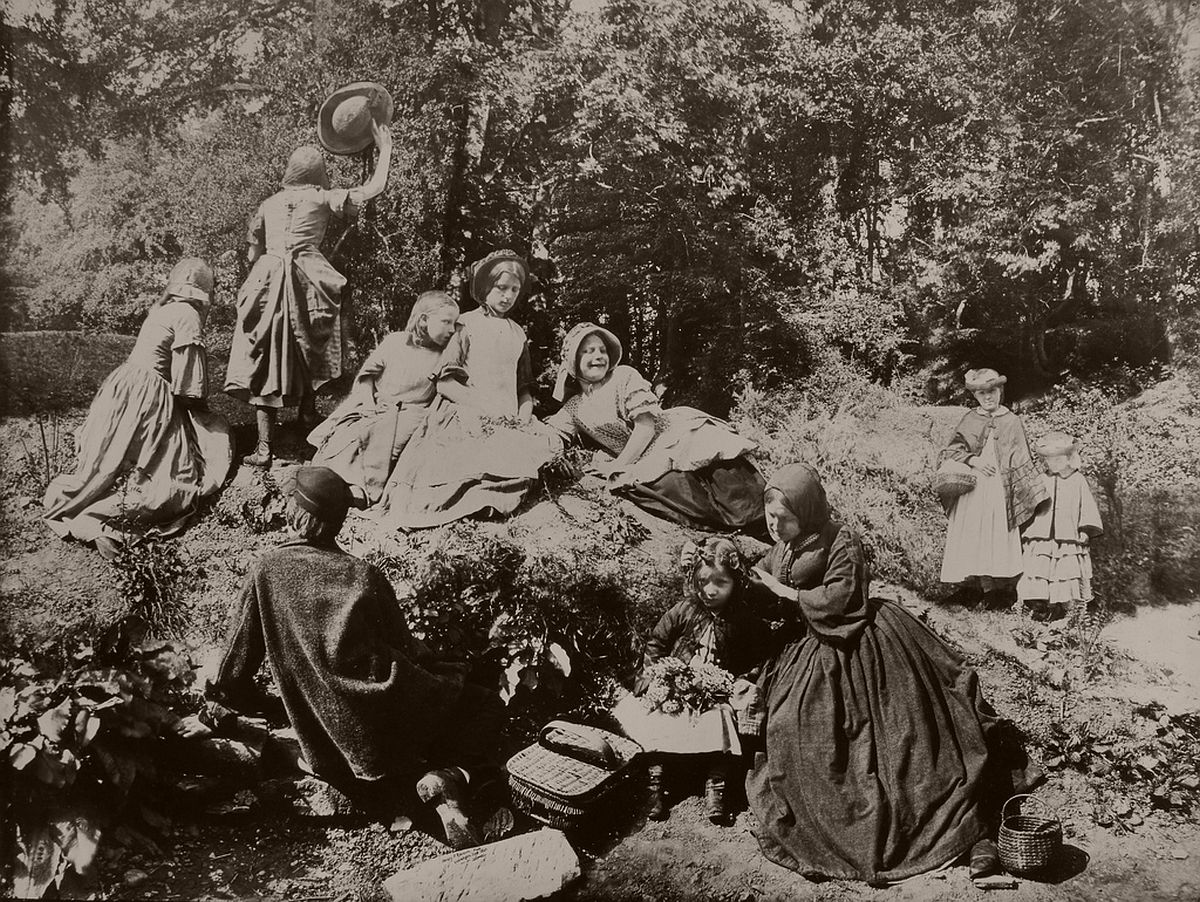 A Holiday in the Wood, 1860 by Henry Peach Robinson 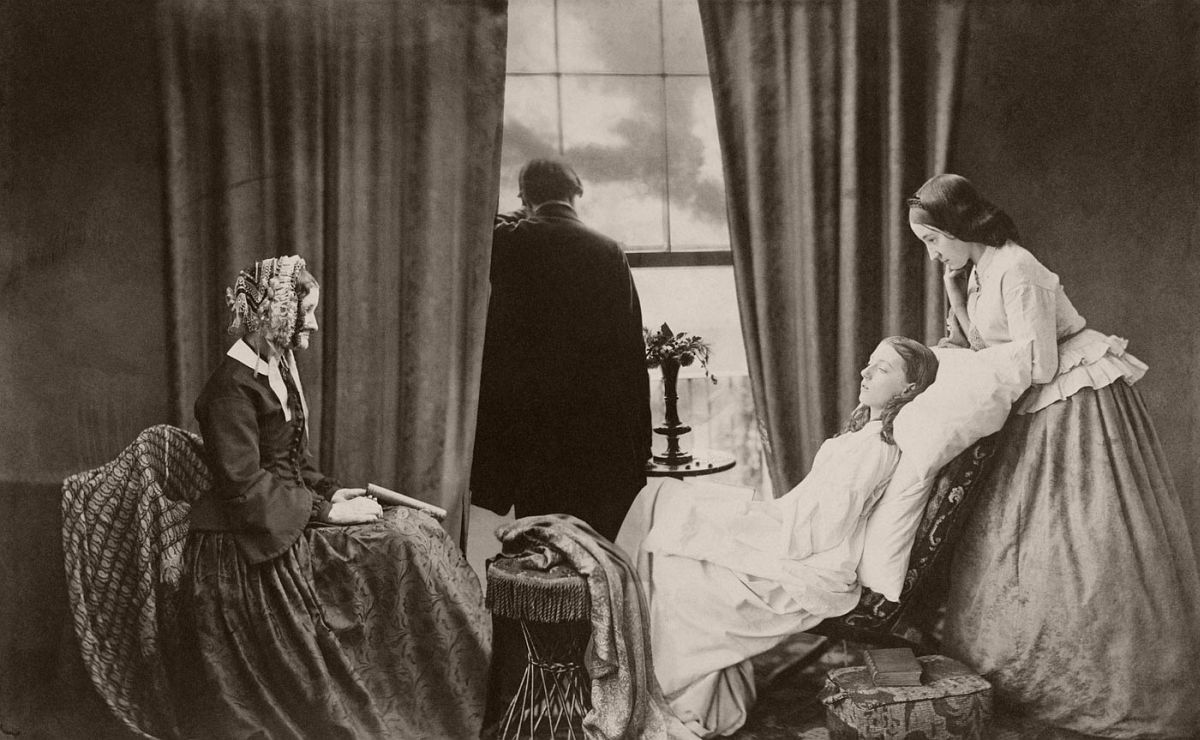 Fading Away (1858) by Henry Peach Robinson 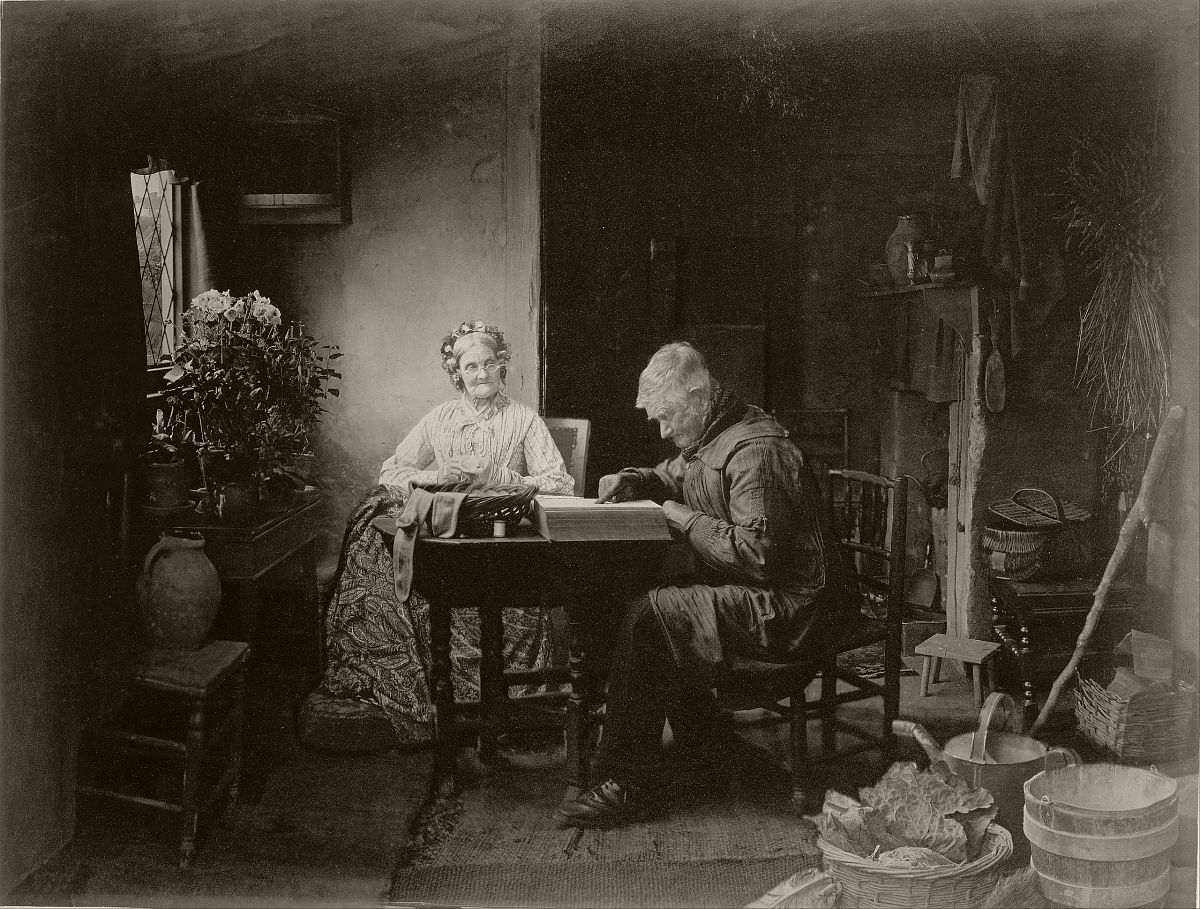 When the Day’s Work is Done (1877). Combination print made from six different negatives. by Henry Peach Robinson 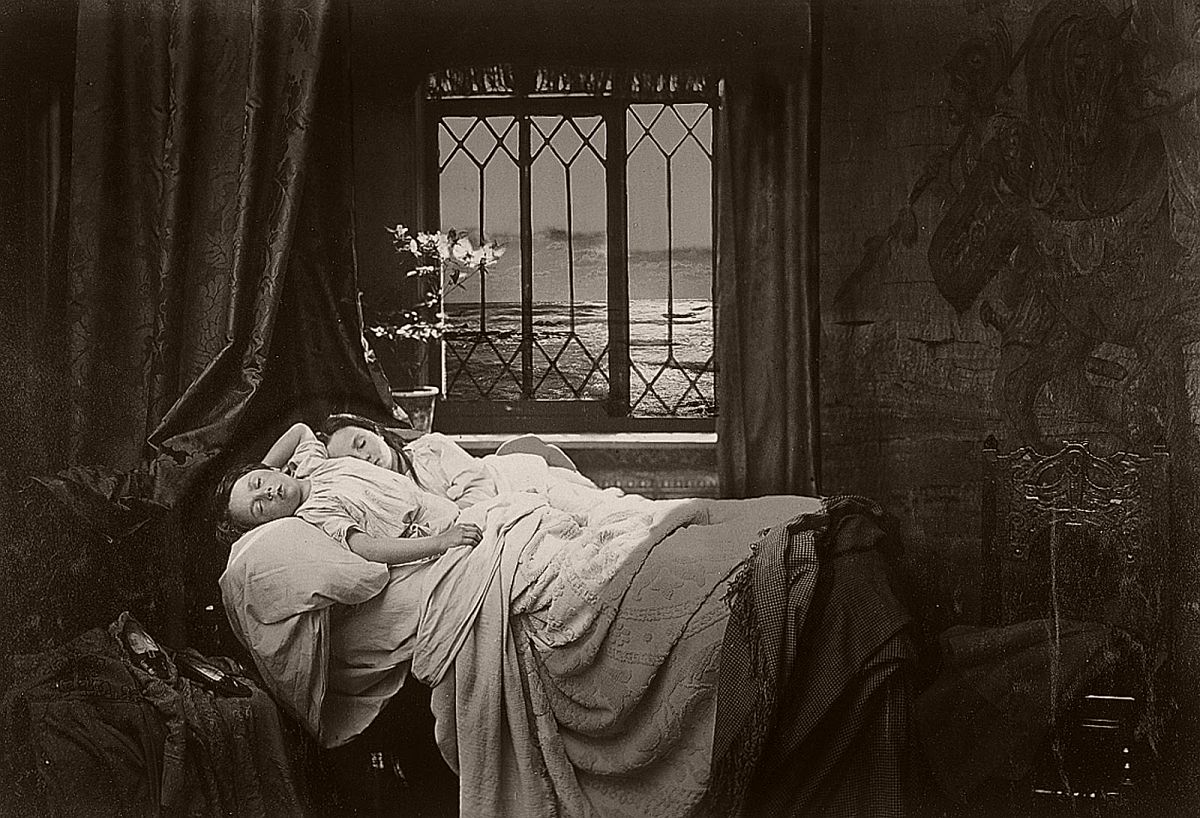 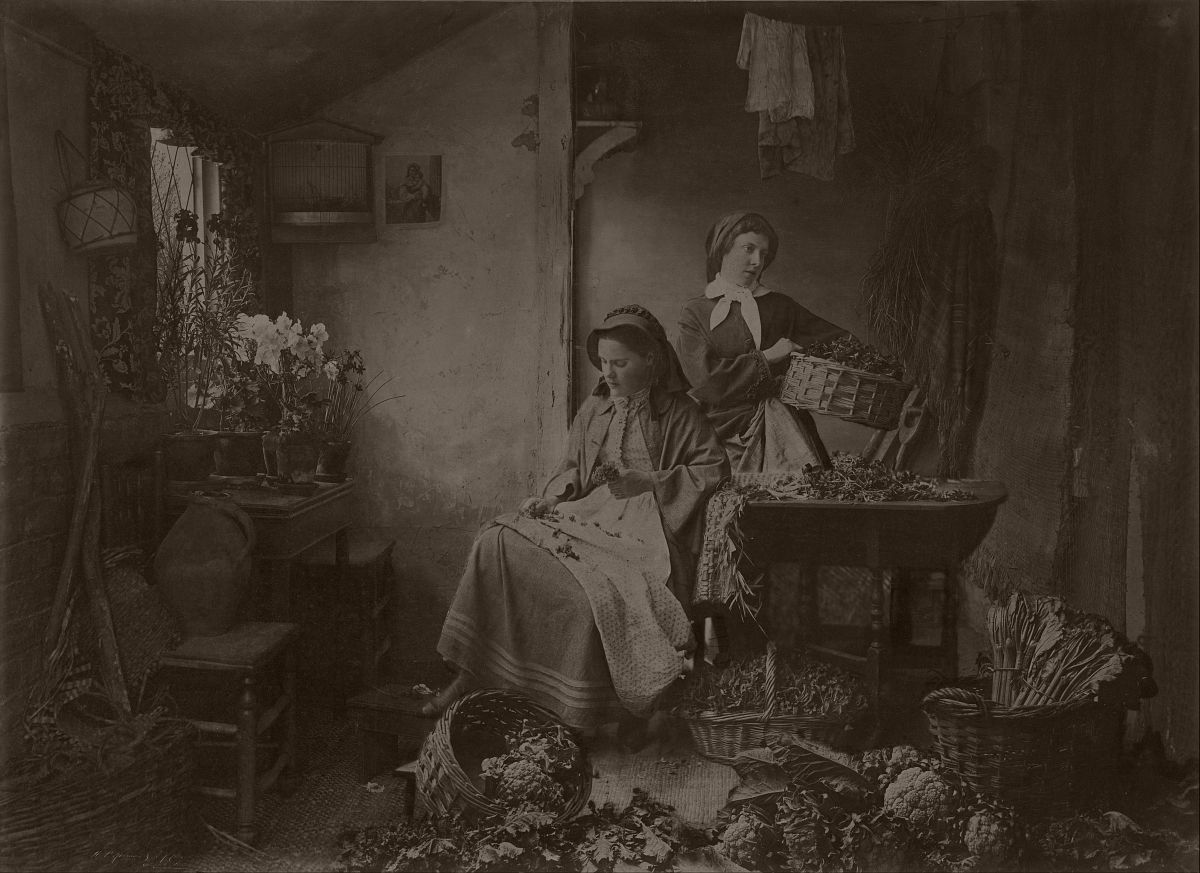 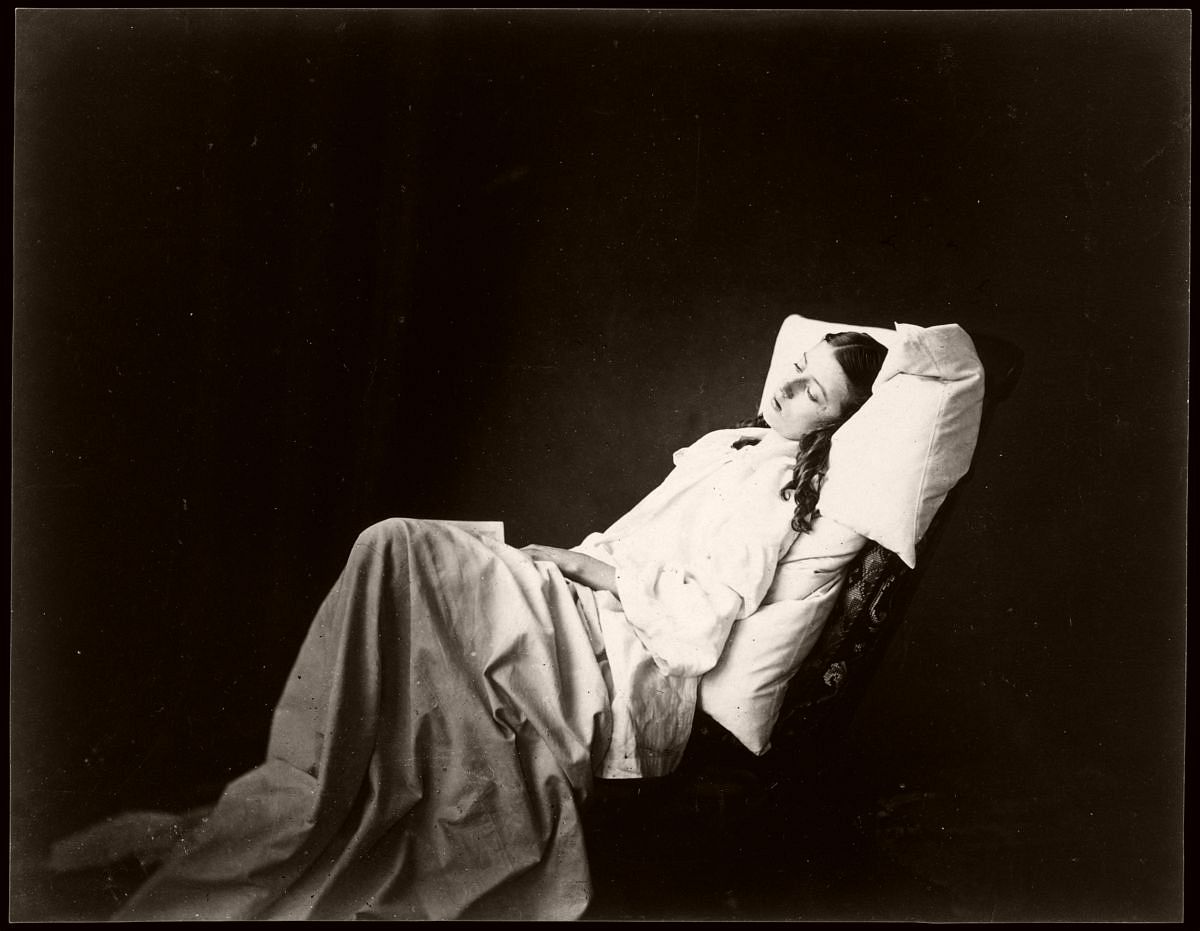 She Never Told Her Love, 1857 by Henry Peach Robinson