“1h” – One hour is the duration of Hans-Christian Schink’s gaze towards the sun, and the name of its pictorial representation through photography. He uses overexposures, called solarisations, which are only possible through analogue methods.

The sun is rarely considered as a physical element. Its constant presence as a star is largely ignored by our consciousness. Human optical perception registers degrees of brightness and uses contrasts for orientation.

Hans-Christian Schink unites all of this in his photographic reflections. His representations show a contradictory situation: the depicted landscape appears static while the sun conveys movement. By distorting the physical phenomena, the images take on surreal traits, embedded in a setting devoid of human life.

The work has further paradoxes to offer: despite being a contemporary document, it takes the viewer back to the analogue principles of photography. The reduction to a pure contrast of light vs. dark recalls the long-ago beginnings of photography. But there are also parallels with the tradition of film. The sun has been separated from its original form and becomes almost unidentifiable as a rod-like, flying object. Reminiscent of a fluorescent tube, it hovers menacingly above the landscape, clearly evoking the science fiction genre.

Hans-Christian Schink was born in Erfurt, Germany, in 1961. He studied photography at the Hochschule für Grafik und Buchkunst (HGB) in Leipzig. His photographs are mostly landscape studies exploring the friction between nature and civilization. 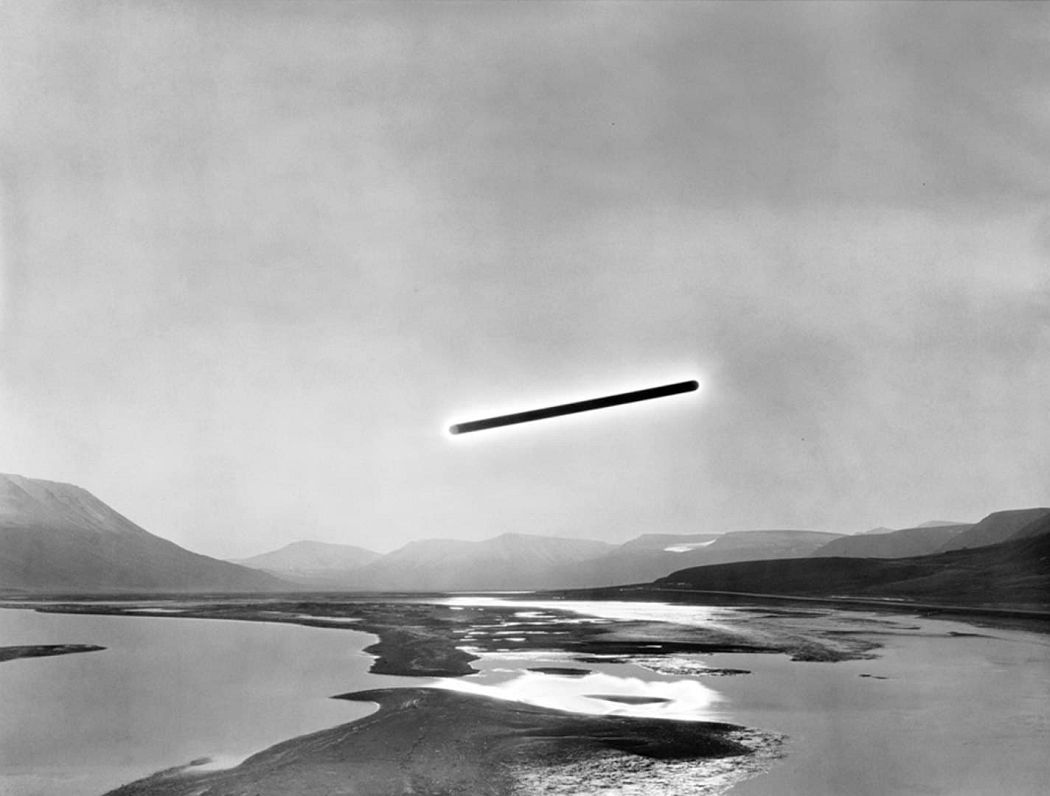 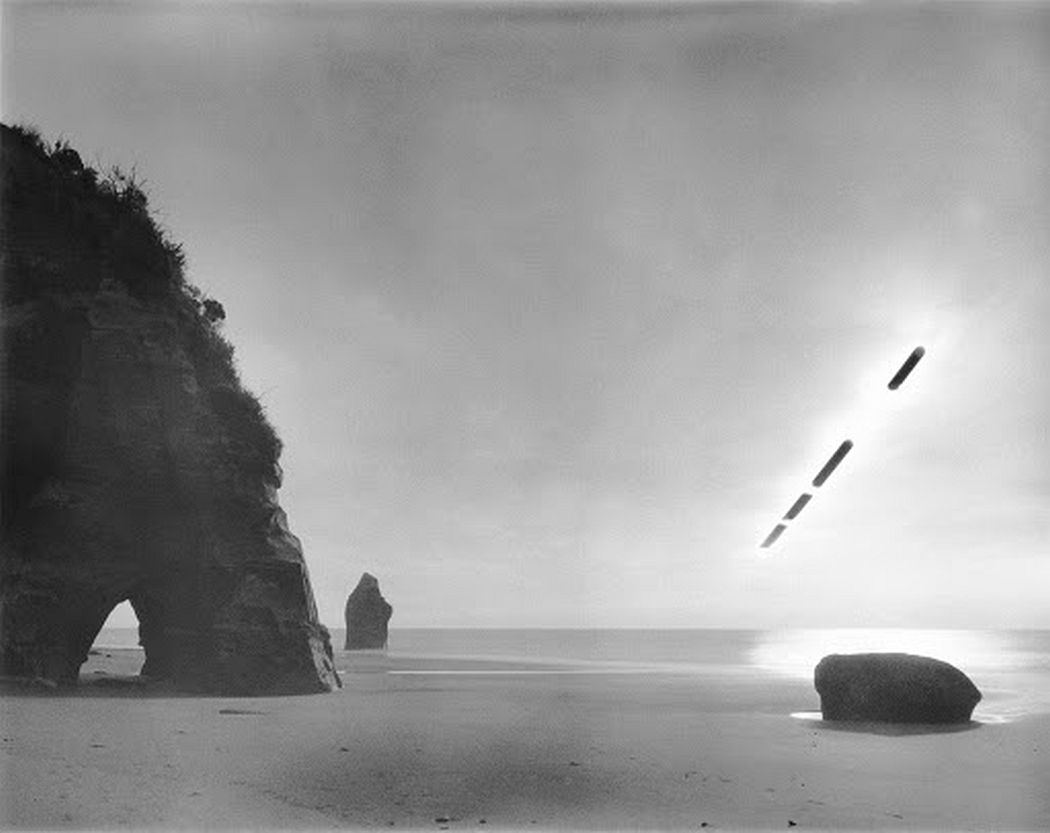 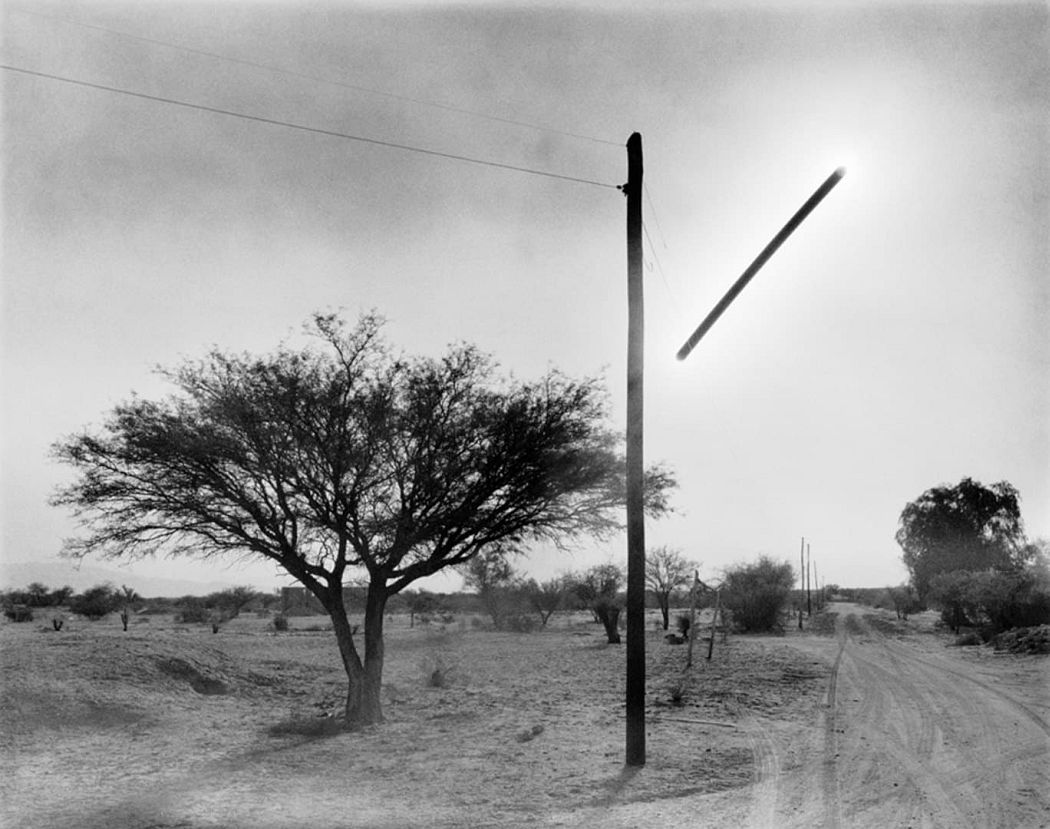