Eli Reed: A Long Walk Home presents the first career retrospective of Reed’s work. Consisting of over 250 images that span the full range of his subjects and his evolution as a photographer, the photographs are a visual summation of the human condition. They include examples of Reed’s early work; a broad selection of images of people from New York to California that constitutes a brilliant collective portrait of the social, cultural, and economic experiences of Americans in our time; images of life and conflict in Africa, the Middle East, Haiti, Central America, England, Spain, South America, and China; portraits of women and Hollywood actors; and self-portraits. Reed’s artist statement and an introduction by Paul Theroux, whom Reed met while working in Africa, complete the volume. 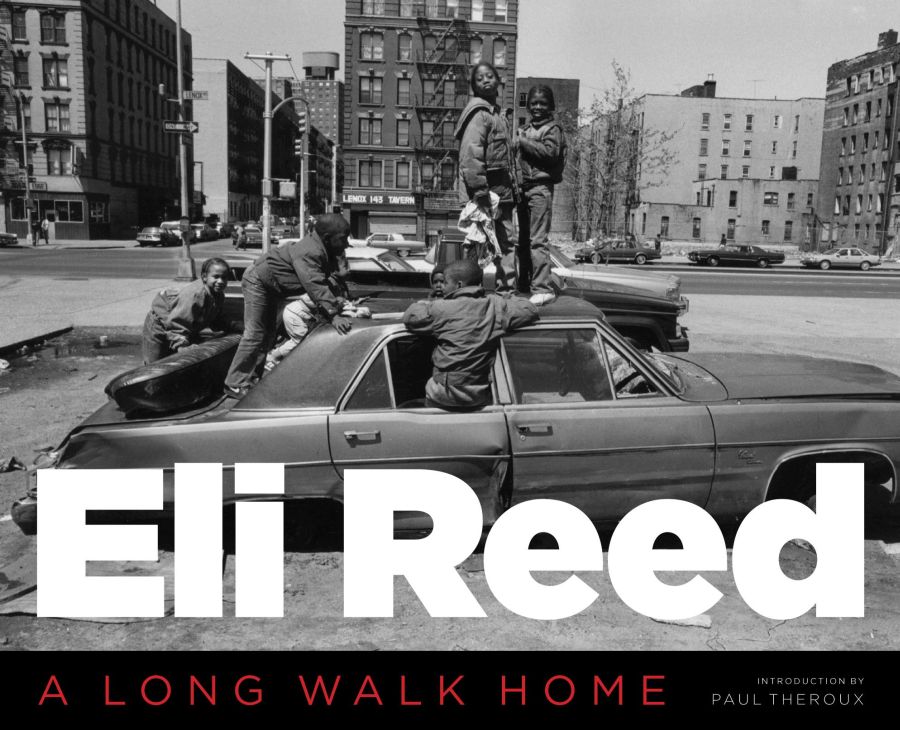 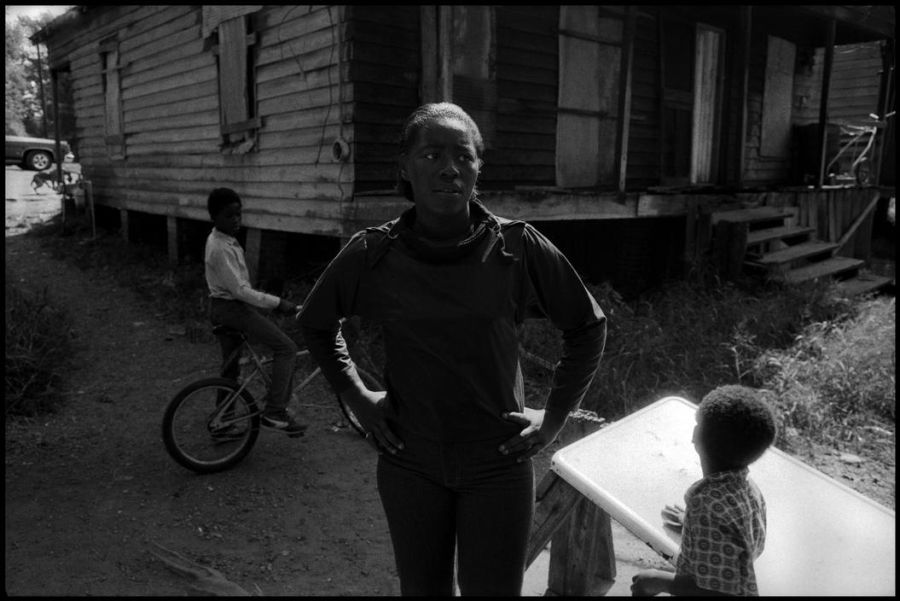 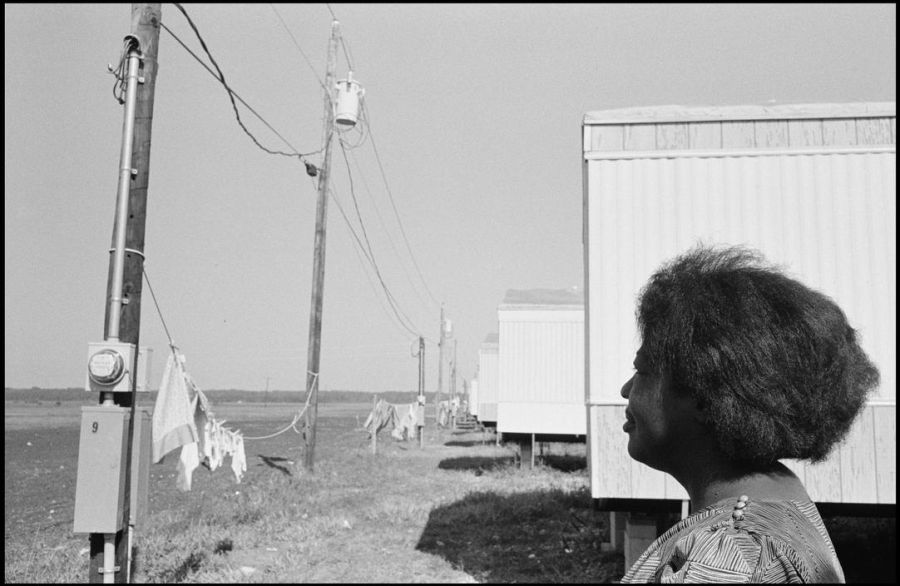 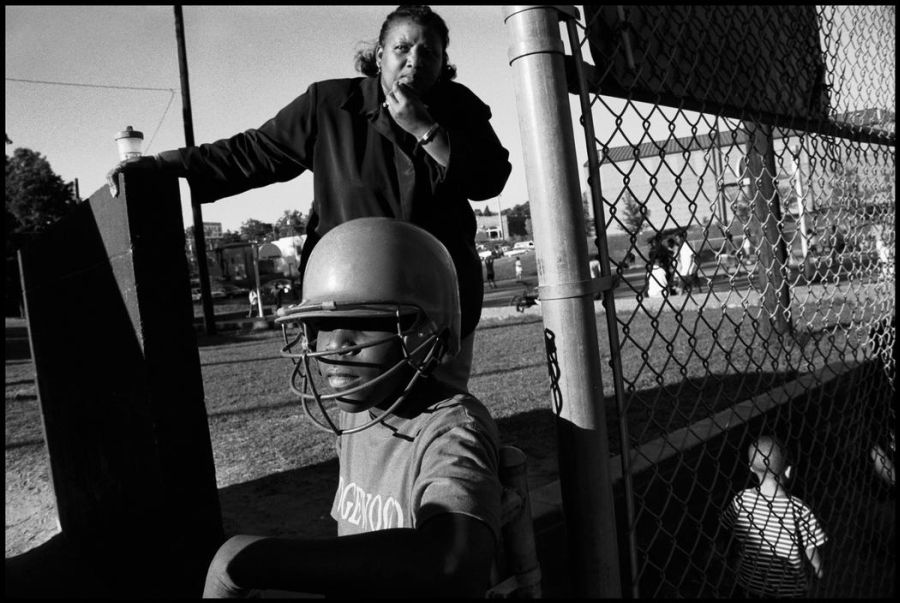 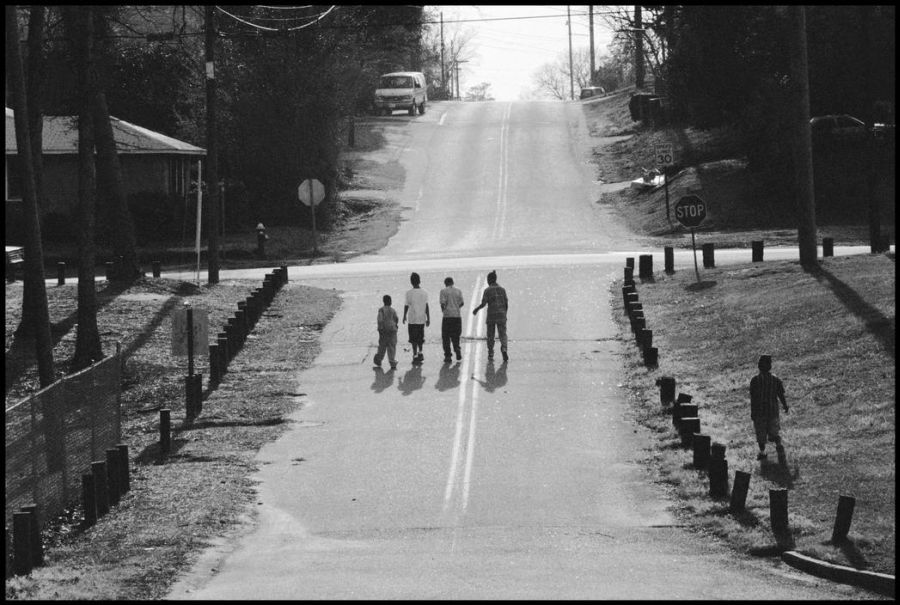 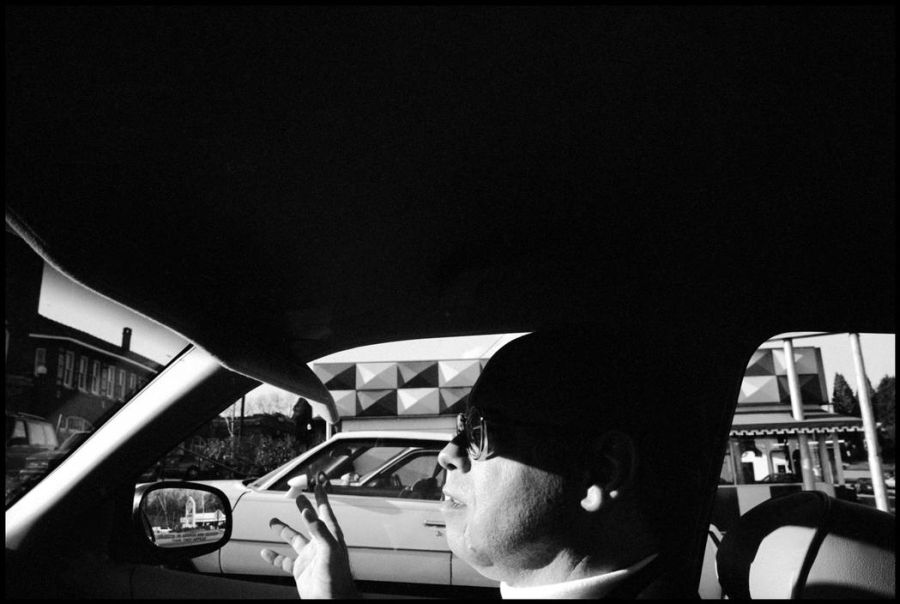 USA. Eau Claire, South Carolina. 1999. Lee Bolton, former director of Hold Out the Lifeline and a member of Shalom Community of Eau Claire, in the parking lot of Zesto’s, a popular restaurant in town. 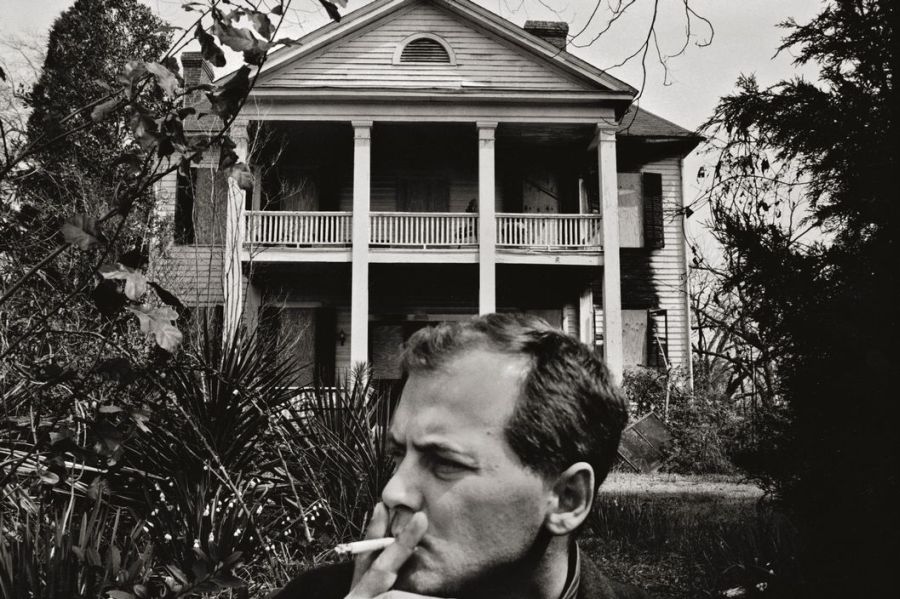 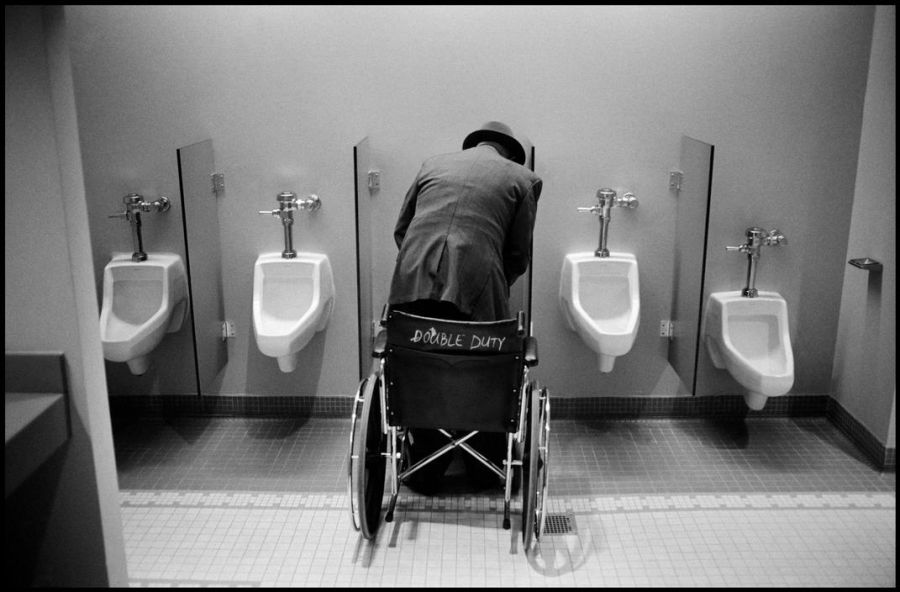 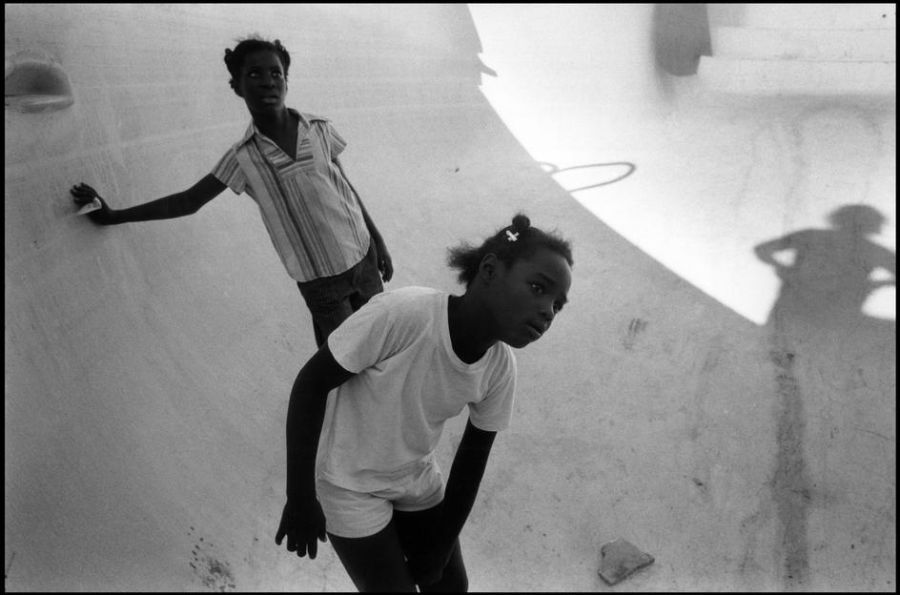 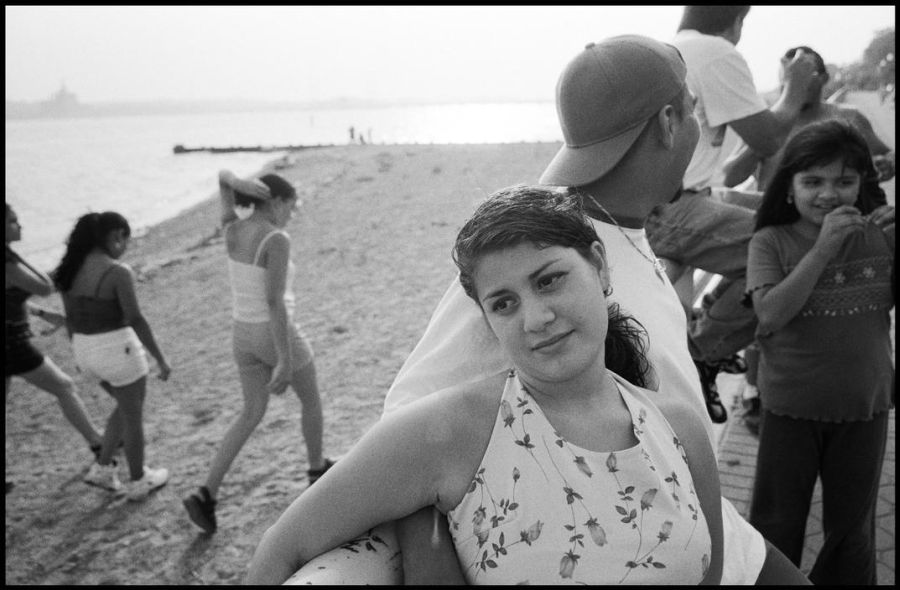 USA. Perth Amboy, New Jersey. 2000. Eighteen-year-old Elyzabeth Vasquez and her 22-year-old husband, Ruben Vasquez, along the waterfront on a Sunday afternoon. They were both born in Perth Amboy. 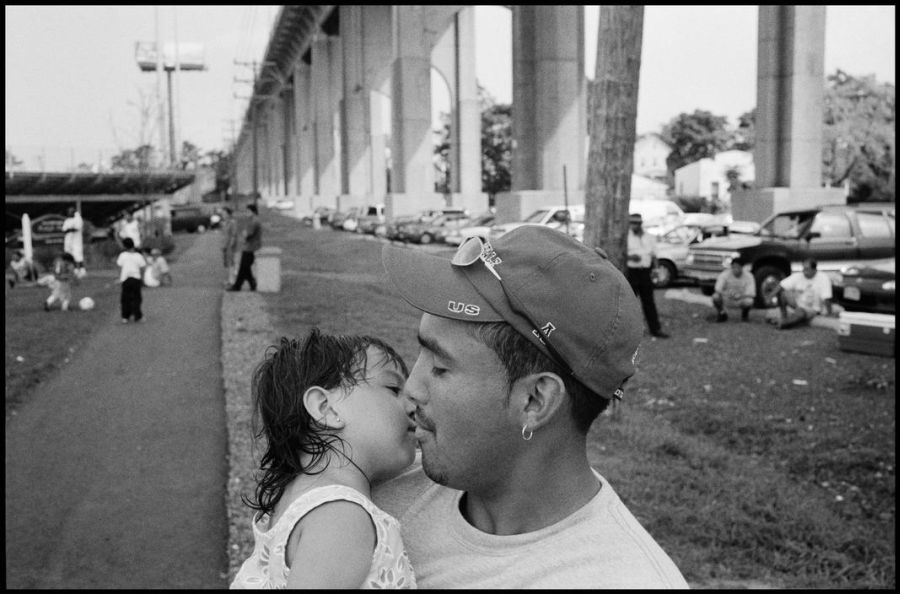 USA. Perth Amboy, New Jersey. 2000. During a Continental Soccer League game at Rudyk Park, Marco Meneses kisses his daughter, Melanie, who is 1 year and 8 months old. Games happen every weekend at the park. 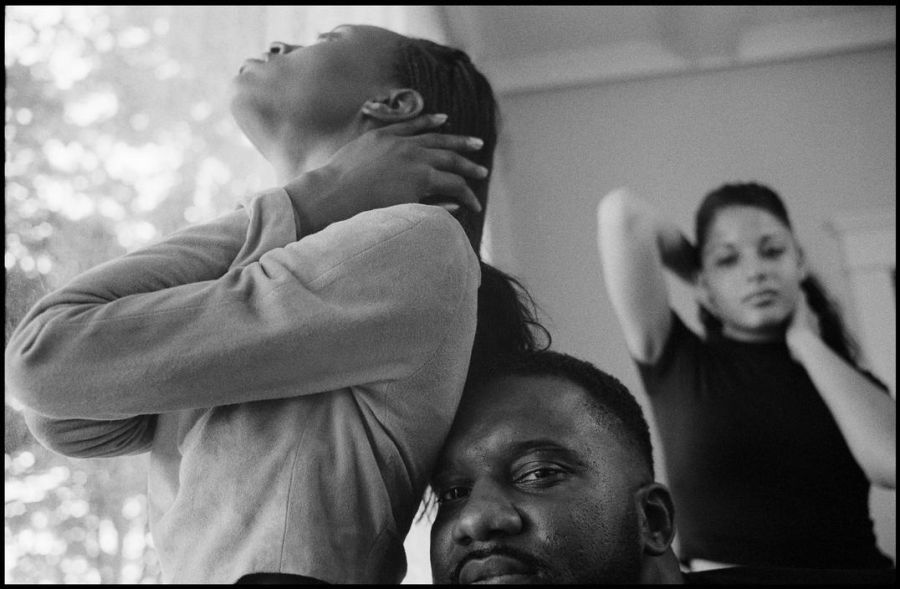 USA. Perth Amboy, New Jersey. 2000. Henry Hammond, who has a security company and designs women’s clothing, with two of his models, Novita (left) and Tasha (right).