Dr. Strangelove, is a 1964 political satire black comedy film that satirizes the Cold War fears of a nuclear conflict between the USSR and the USA. The film was directed, produced, and co-written by Stanley Kubrick, stars Peter Sellers and George C. Scott, and features Sterling Hayden, Keenan Wynn, and Slim Pickens. Production took place in the United Kingdom. The film is loosely based on Peter George’s thriller novel Red Alert. 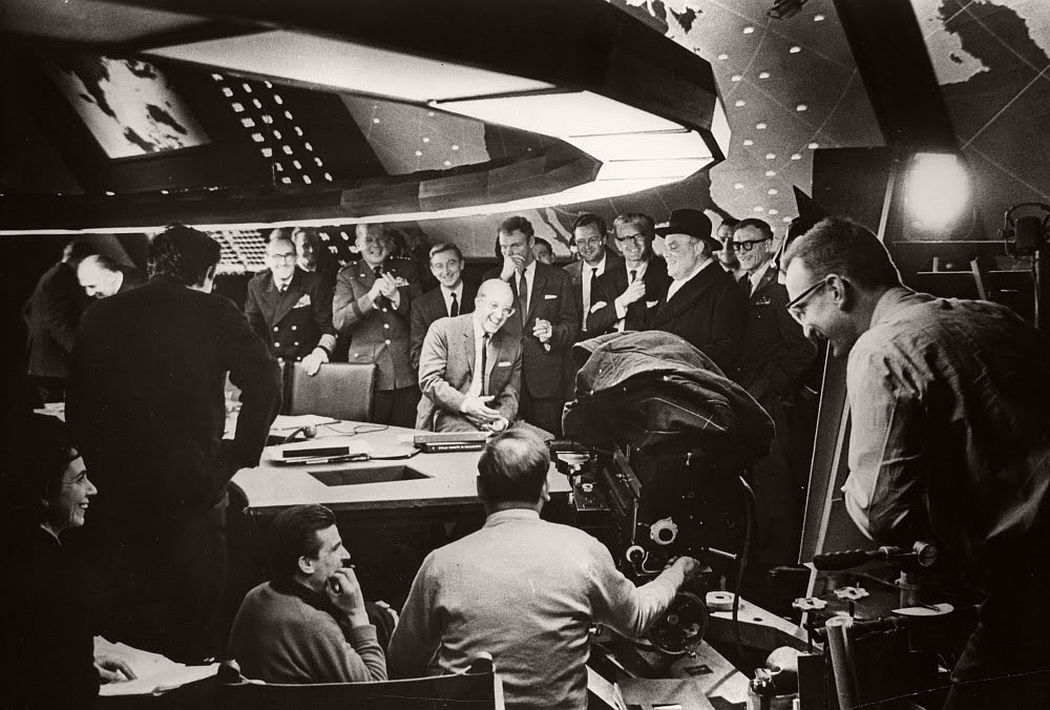 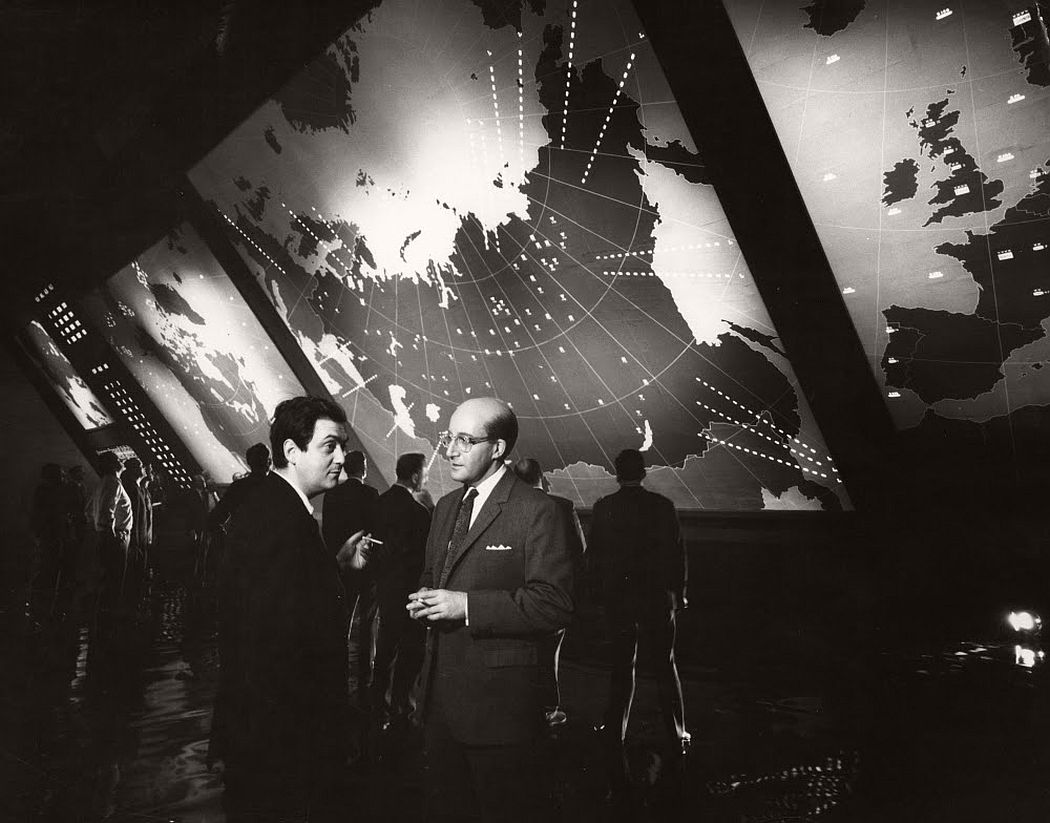 A leisurely moment between takes with Kubrick chatting to Peter Sellers (in the guise of President Muffley). 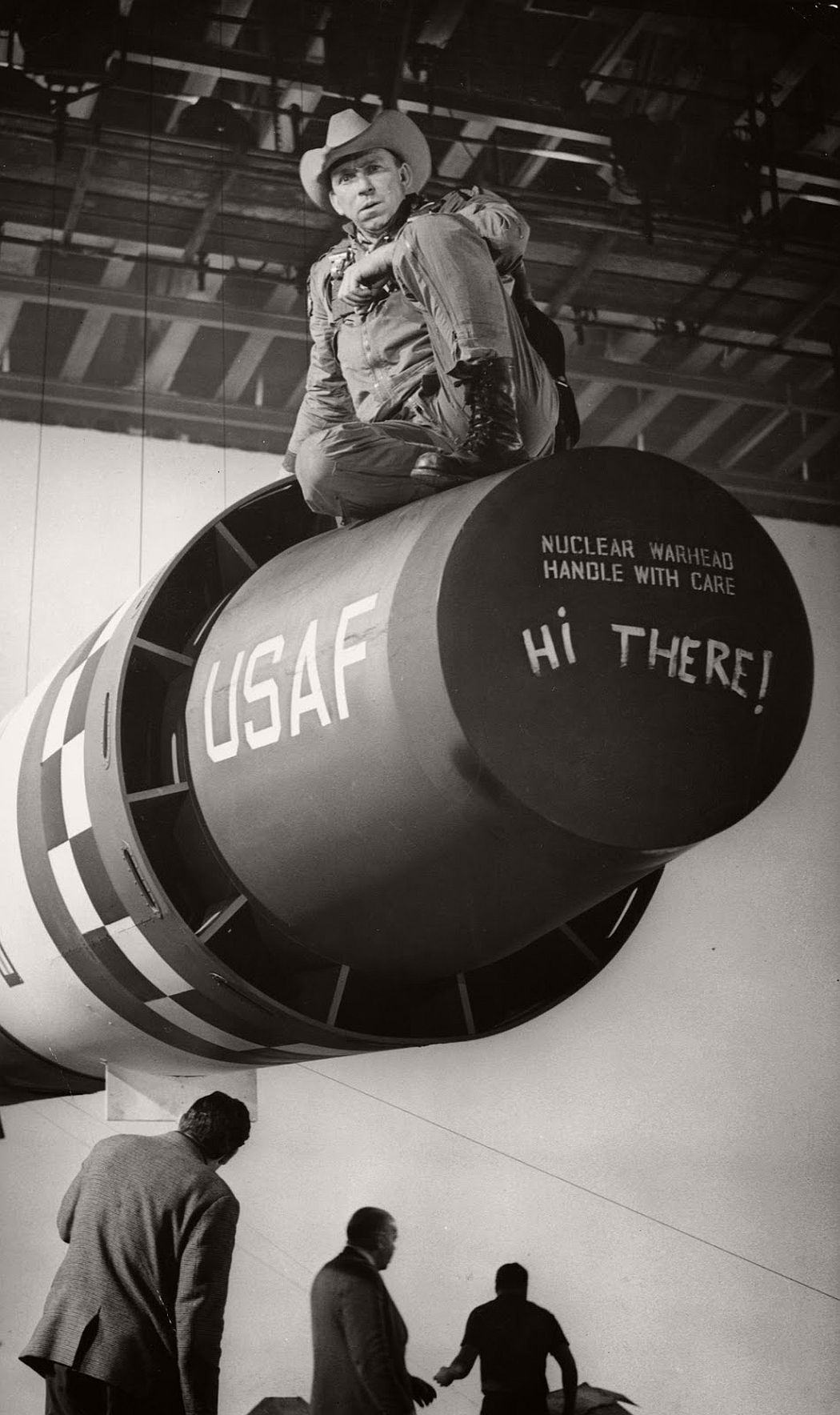 Actor Slim Pickens gets into position on the atomic bomb. Clutching his cowboy hat, Major T. J. ‘King’ Kong (Pickens) will ride the bomb as it is dropped onto its Soviet target – truly a horseman of the apocalypse. 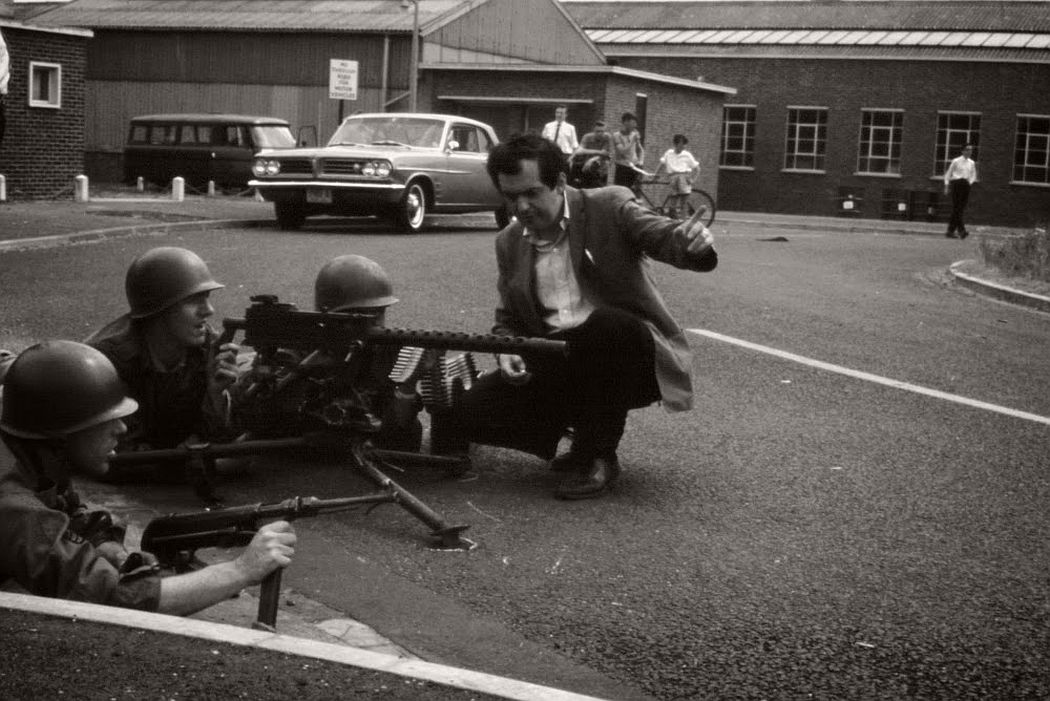 Stanley Kubrick directs gunmen during the scene in which US forces lay siege to their own airforce base. 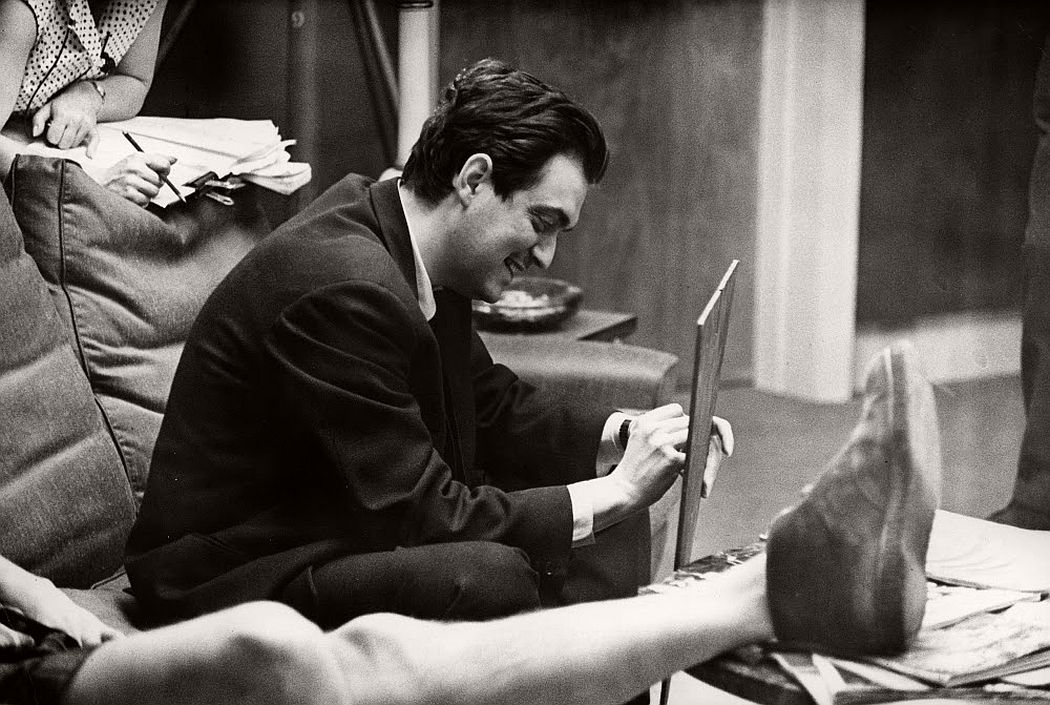 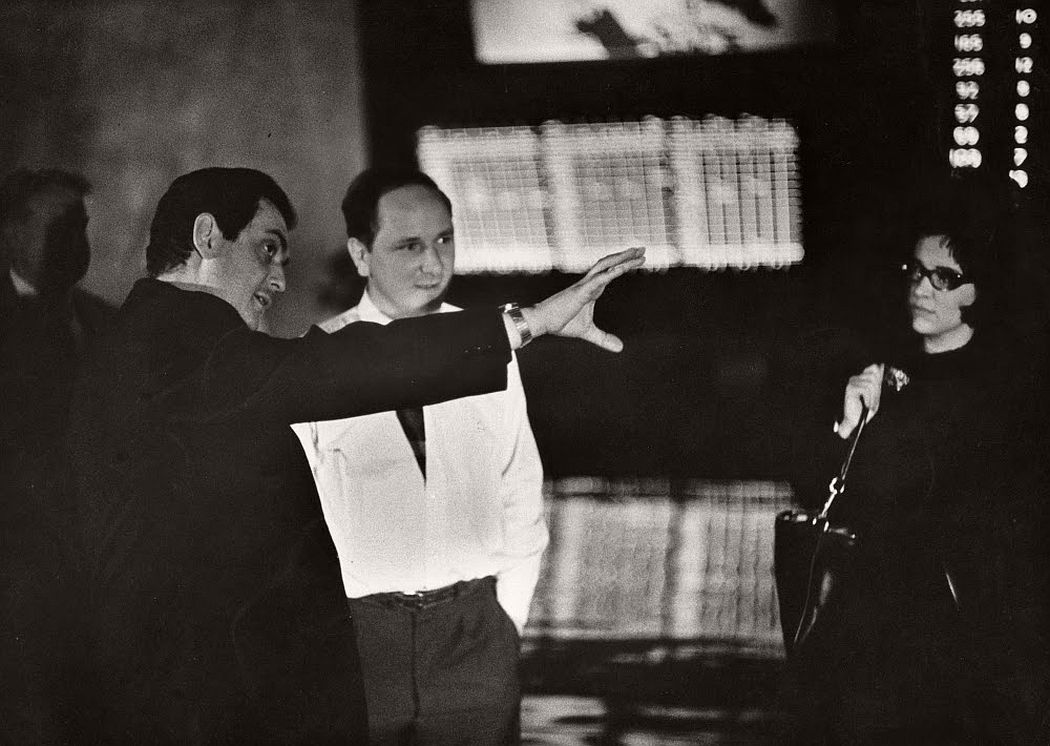 Kubrick shares his vision with camera operator Kelvin Pike and the director’s wife Christiane Kubrick. Kubrick married Christiane after casting her as the German singer in the moving finale of Paths of Glory (1957). 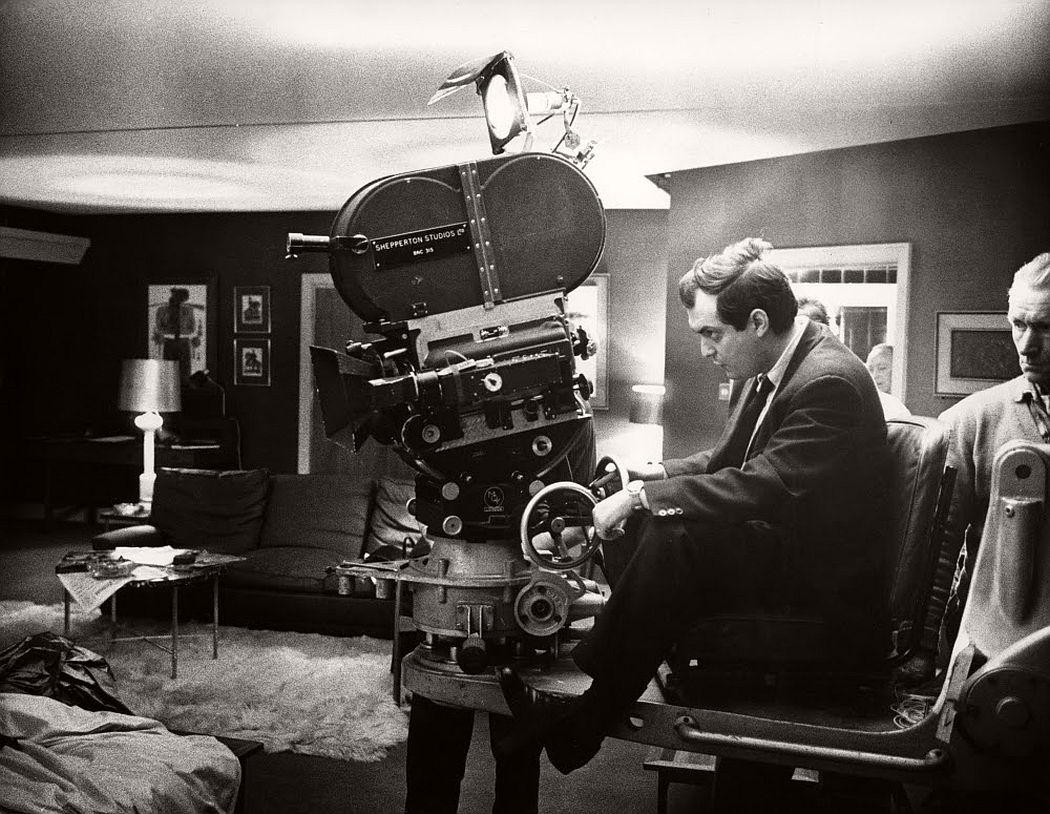 Kubrick behind the camera for the scene in which US general Buck Turgidson (George C. Scott) cavorts with his lover, Miss Scott (Tracy Reed). 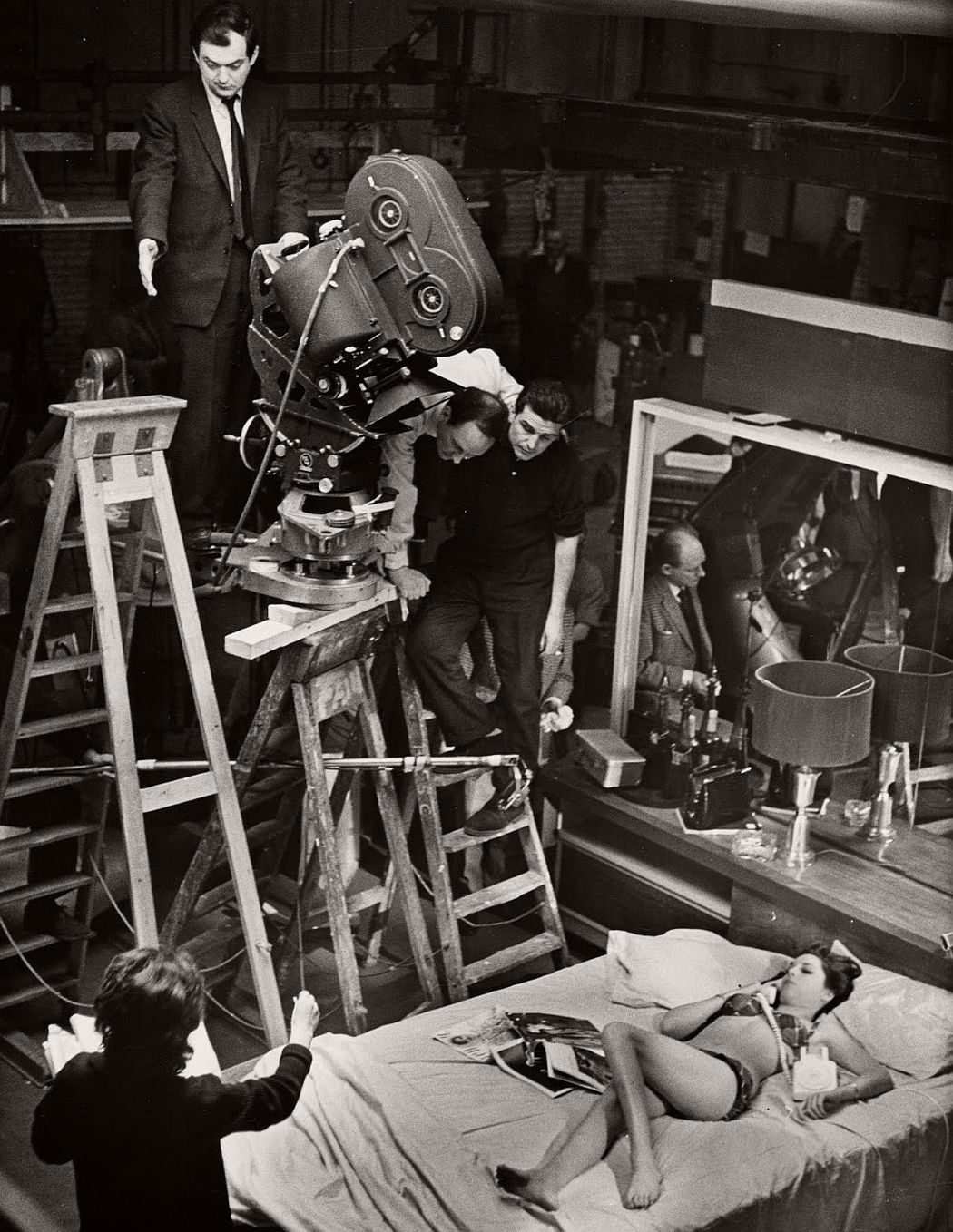 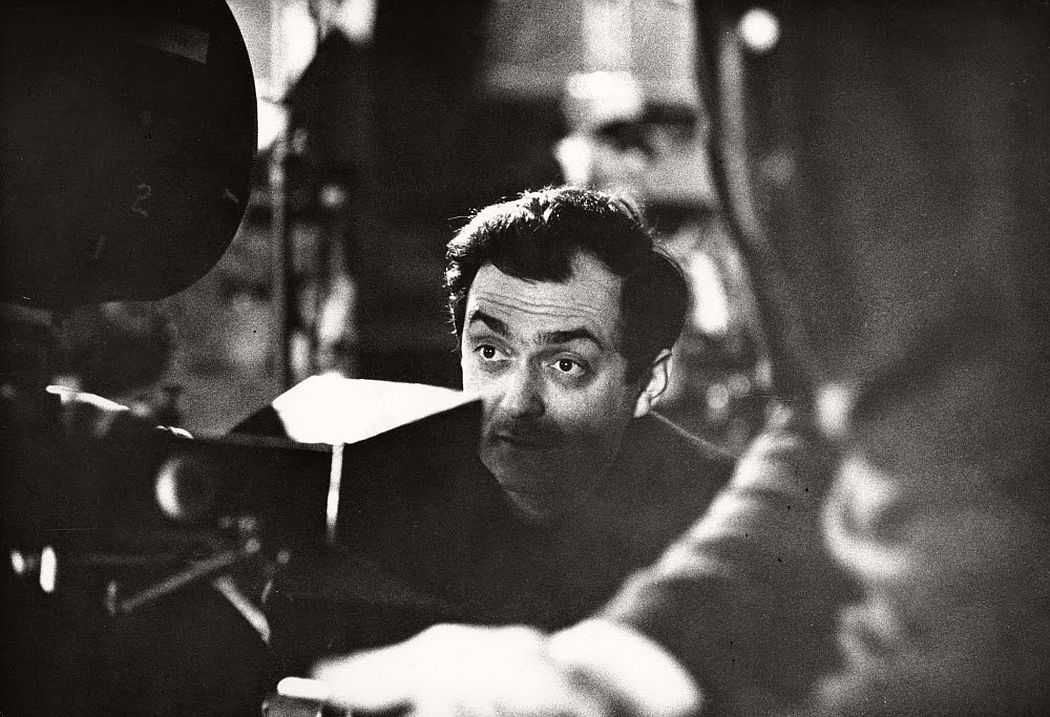 Kubrick watches through the viewfinder.