Born in Boston in 1932, David Plowden spent over six decades photographing America’s disappearing landscapes and the vestiges of its industrial heyday — steel mills, locomotives, bridges, skyscrapers, small towns. He has, in his own words, “made a career of being one step ahead of the wrecking ball.”

It so happens that Plowden’s initial foray into what would become a lifelong journey in photography took place just north of Brattleboro, at the old train station in Putney, Vermont. It was there that Plowden, at the age of 10, made his very first attempt at a photograph. The eminent historian David McCullough described that signal occasion in an essay included in Brave Companions: Portraits in History:

[Plowden] was waiting with his mother on the platform… when the train came around the bend, whistling and popping and roaring down the river into Putney. He was so frightened that he handed the camera back to her. “You take the picture,” he said. A few weeks later, with the new box Brownie she had given him, he had better luck.

Upon leaving Putney, that terrifying “iron horse” fleetingly captured by Plowden continued south for another 15 minutes or so, before pulling into its next stop, Brattleboro’s Union Station, which would eventually become the Brattleboro Museum & Art Center.

Although he has lived in the Midwest for 40 years, and his work as a photographer is strongly associated with that part of the country, Plowden loves southern Vermont. He recalls halcyon days at his family’s summer home in Putney, edifying years as a student at the Putney School, where he learned to use a darkroom, and his very first paying job — baling hay for former BMAC trustee and beloved local patron of the arts, George Heller.

Much of Plowden’s work has been done in the service of the 29 books he has authored or co-authored. The photographs in this exhibit represent a small fraction of those in Bridges: The Spans of North America, a visually magnificent history of American bridge design and construction, which McCullough has described as “a work of imagination and scholarship that would qualify [Plowden] as someone of note had he done nothing else.”

Bridges intrigue and entrance us on so many levels. They extend our worlds by spanning voids or obstacles and connecting us to otherwise unreachable destinations. They do so in seeming defiance of the laws of gravity, creating magical, liminal spaces, where we find ourselves no longer here, not yet there, but suddenly — thrillingly — aloft. The best of them embody a perfect blend of engineering and aesthetics, function and form. In character, they span the gamut from elegant to businesslike, delicate to muscular, commonplace to quirky.

Through his rigorously formal, deeply respectful, yet unsentimental photographs, Plowden reveals the magic, beauty, and personality of his silent subjects. And although his pictures are nearly devoid of human presence, they are powerful tributes to the ingenuity, craftsmanship, and pride of the people who designed and built these bridges. 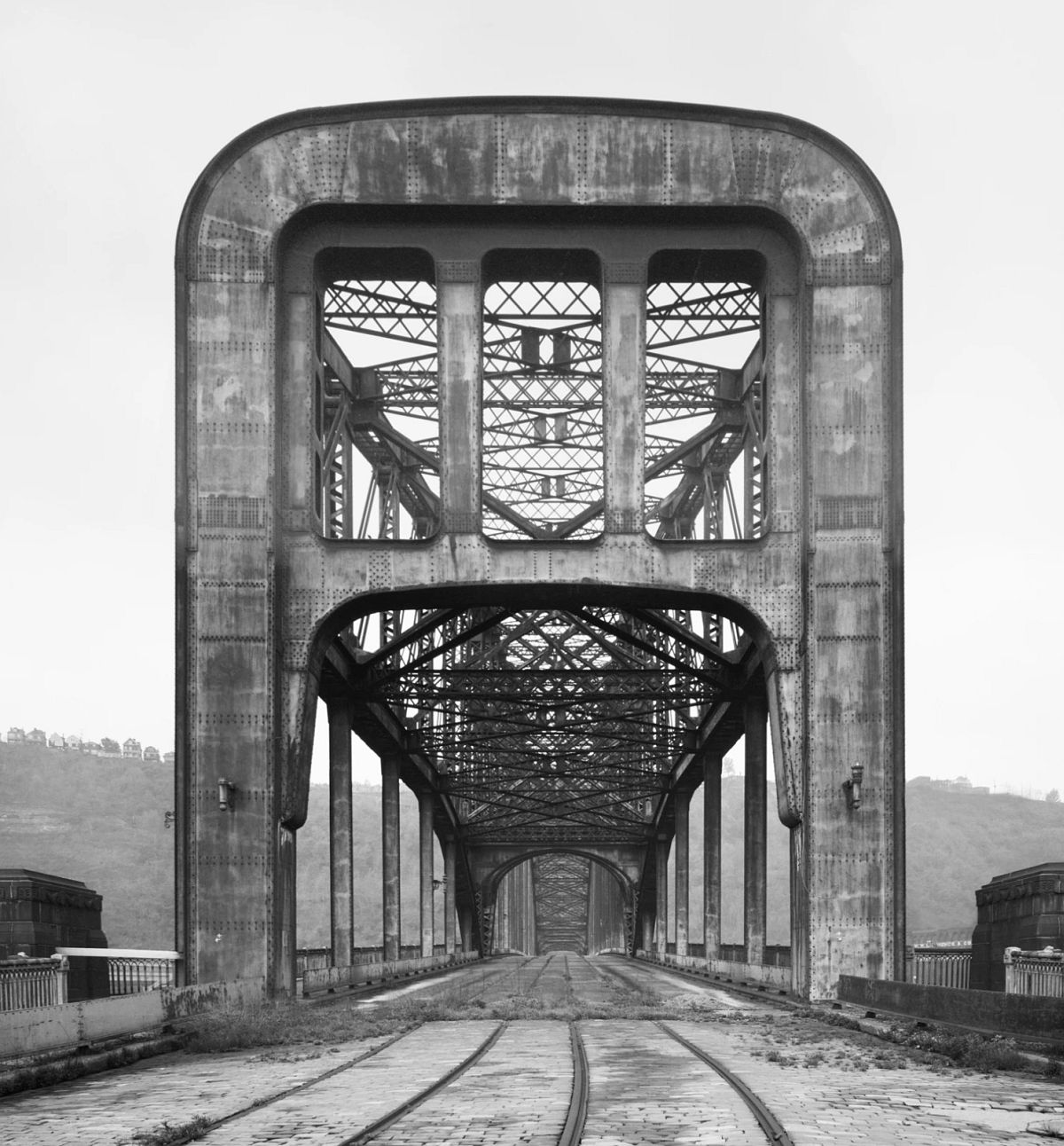 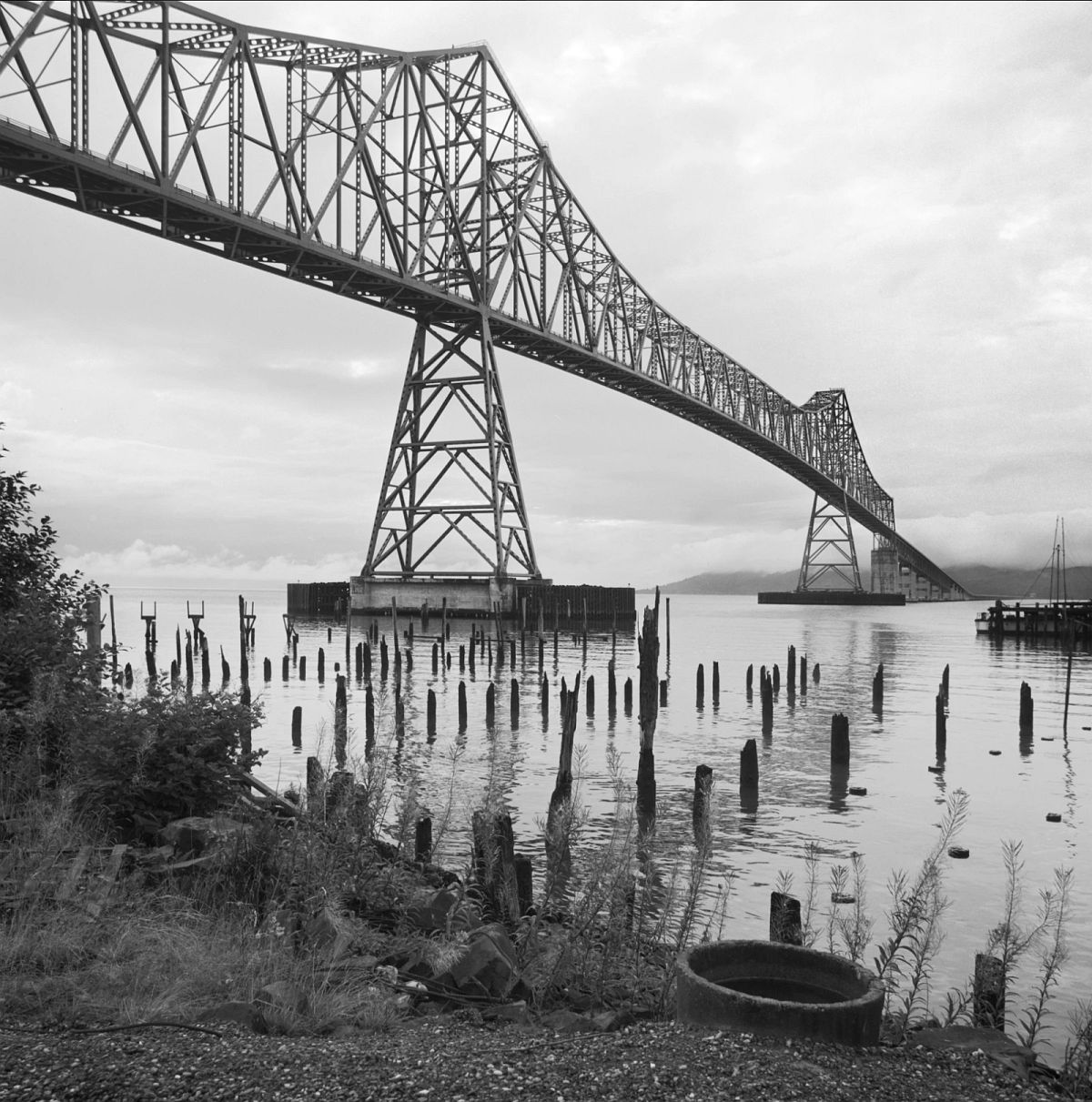 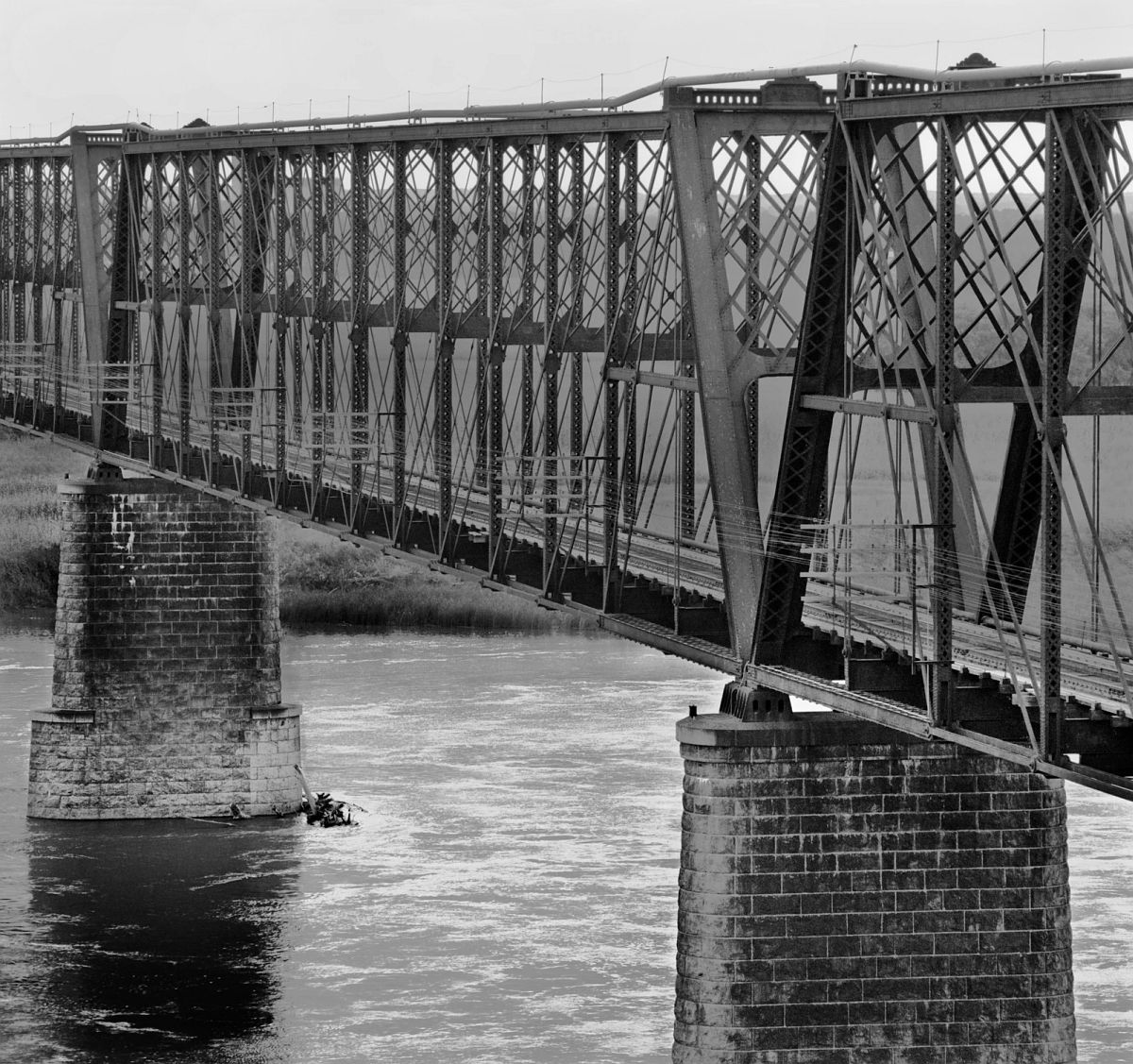 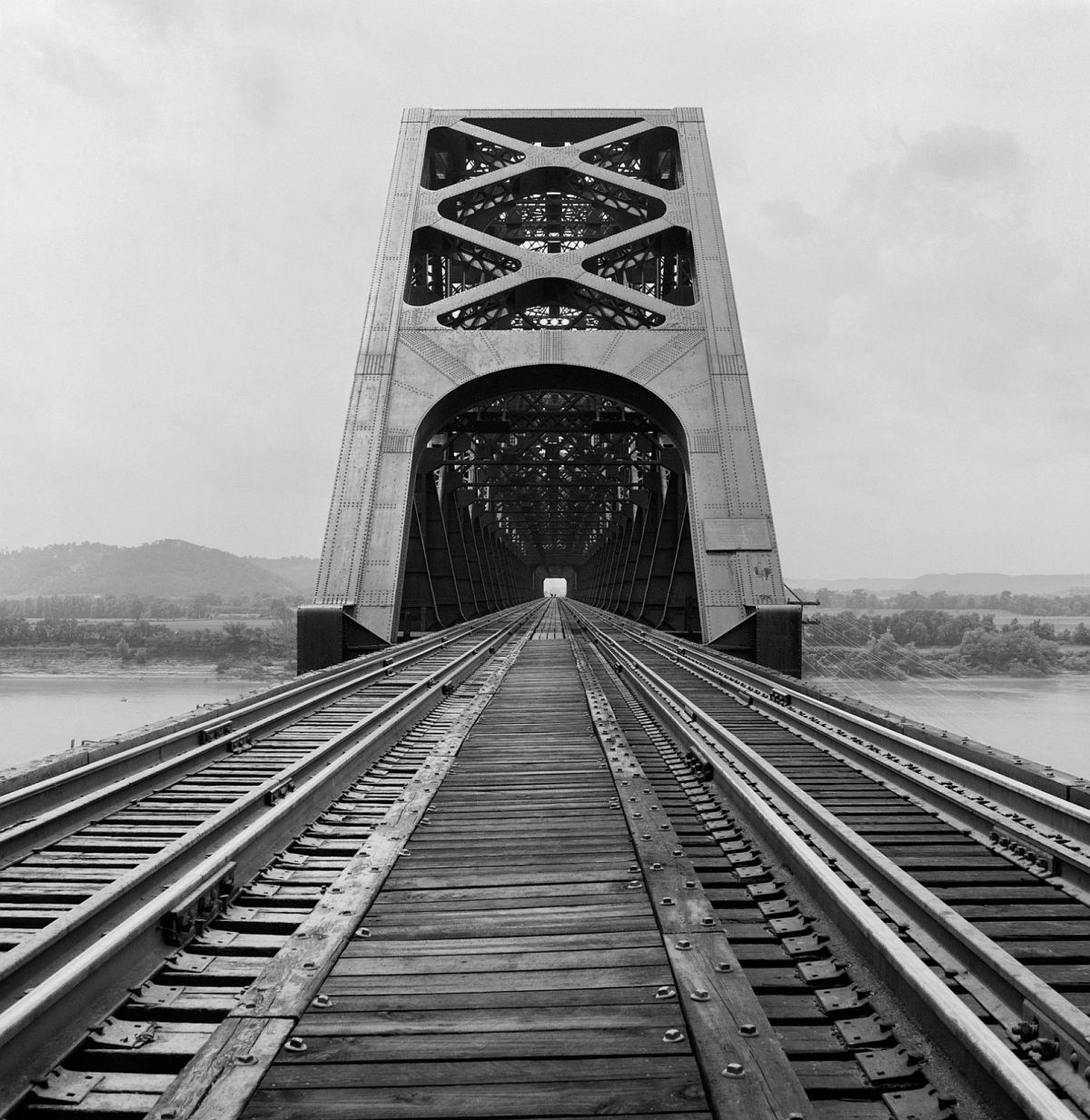