Cy DeCosse’s flower photos have often been described as magical – and never more so than those in his Midnight Garden series. These are flowers few people ever see – blooms that open at dusk and, like the enchanted beings in fairy tales, disappear before morning. Cy has captured the evanescent beauty of eighteen of these little-known flowers and printed the images in platinum, a process that perfectly captures the luminous quality of moonlit beauty emerging from darkness.

Cy became interested in night-blooming plants when he heard about one of them, a vine from the jungles of Central America that was growing at a local conservatory. Because the plant bloomed infrequently and only at night, even the conservatory staff had rarely seen the flower, although the blossom was said to be so spectacular it was called “queen of the night.” Intrigued, Cy persuaded the caretakers to let him know when a bud was forming.

One summer evening when he got the call, Cy set up his camera. There was no guarantee that the bud would open that night, but as dusk fell, the tightly wrapped petals began to loosen and then, in the growing darkness, to gradually unfurl. A pungent peppery fragrance filled the air, becoming stronger as the flower opened. At last the delicate white petals stretched to their full extent, eight inches in diameter, proving the aptness of the flower’s royal name.

Cy had photographed many flowers over the years, but this experience was unlike any other, and he wondered about the possibility of capturing images of other night-bloomers. Research showed that a number of cactuses and other plants, pollinated by moths, bats and insects active at night, had flowers that opened when the light faded. Cy decided to find and photograph as many of these ephemeral beauties as possible.

Shooting the cactuses required a trip to Arizona during their spring bloom-time – and climbing up ladders to reach the flowers on arms of tall saguaros. Back home in Minnesota, a local conservatory and a water lily grower allowed Cy special after-hours access to their collections. He found that a few plants could be ordered through nurseries, grown in pots in the backyard and then shot in his studio. However, others had to be grown from seed.

Since the growing season is so short in Minnesota, these plants had to be started under lights in the spring, potted and then carefully nurtured outside once the weather warmed. Little information was available on how much sun, water and warmth the plants preferred, so a group of gardeners volunteered to try them in different locations. For several summers, Cy was “on call” when these volunteers sent word that buds were forming and might bloom that evening. He had to contend with wind, rain, and mosquitoes and also to learn exactly when each flower reached its peak – some in the early evening, others just at dawn. He found that when shooting in the dark, strobe lights provided a quick burst of brightness but did not interrupt the plants’ bloom cycles.

Night-blooming flowers are mostly light colored, often white, to enable pollinating moths or insects to locate them in the dark. Because of the strong contrast between these bright flowers and the darkness that makes their stems and leaves difficult to detect, Cy decided to print the photos in platinum. With an infinite gray scale, ideally suited to capturing very faint differences in light or dark, the platinum process brings out the barely visible patterns of the leaves while in no way detracting from the focus on the brilliantly white flower. The subtle textures and infinite shading of light and dark achieved with platinum enhance the mysterious feeling of flowers glimpsed by moonlight.

Of the magic created by Cy’s prints, one critic, John Wood wrote: “There is a luminosity in the lights and velvet depths to the darks that can take your breath and that is simply not present in the work of any other photographic artist. I have never seen platinum prints I have been so tempted to touch; I want to actually feel those dark, textured leaves, to really enter DeCosse’s garden.”

Similarly, Mary Abbe, art critic for the Minneapolis Star Tribune said: “Moody and lush, DeCosse’s prints are masterpieces of light and shadow in which a flower’s pristine petals float in translucent beauty above dark, velvety leaves and stems…”

Cy’s focus on light began in his first days as a photographer. He had recently finished art school and begun a career as an agency art director when he won a Fulbright Fellowship to Italy in 1954 and had the opportunity to study in Florence with Renzo Maggini, a noted photographer and teacher. In 2001, he was able to pay tribute to this first mentor with a show in Florence titled “The Play of the Light,” a phrase he remembered Maggini stressing.

Cy DeCosse specializes in close-up images and often presents his subjects against hand-painted backdrops using old photographic processes such as photogravure, platinum and gum dichromate. He frequently exhibits in Florence and has had several one-person shows in New York and Santa Fe. 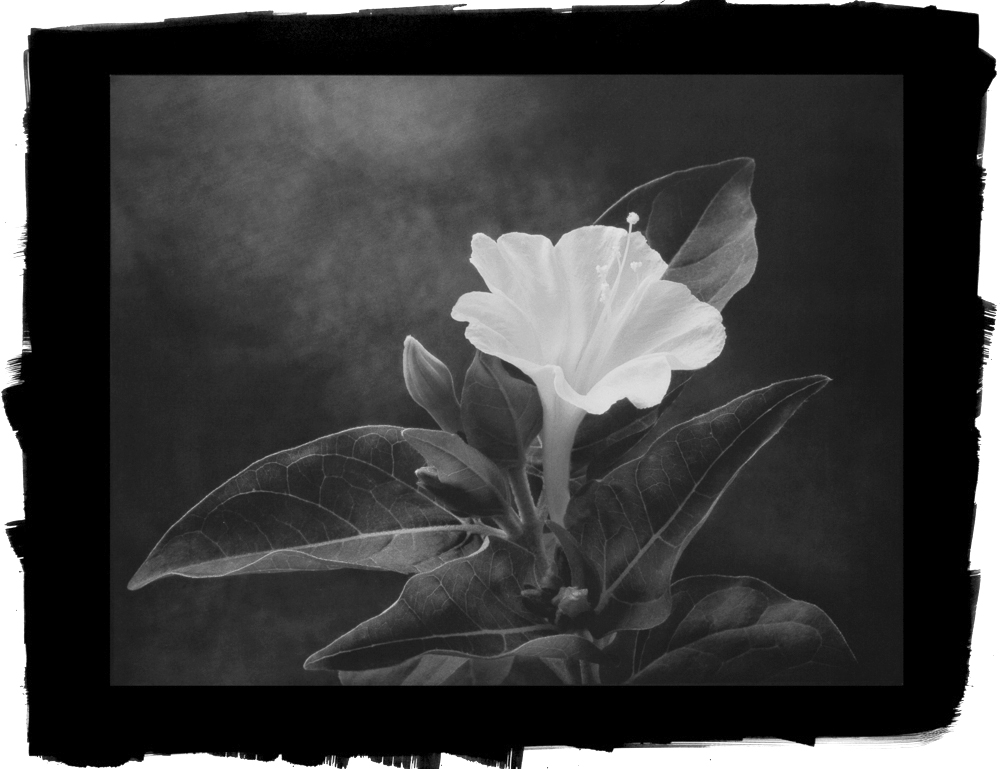 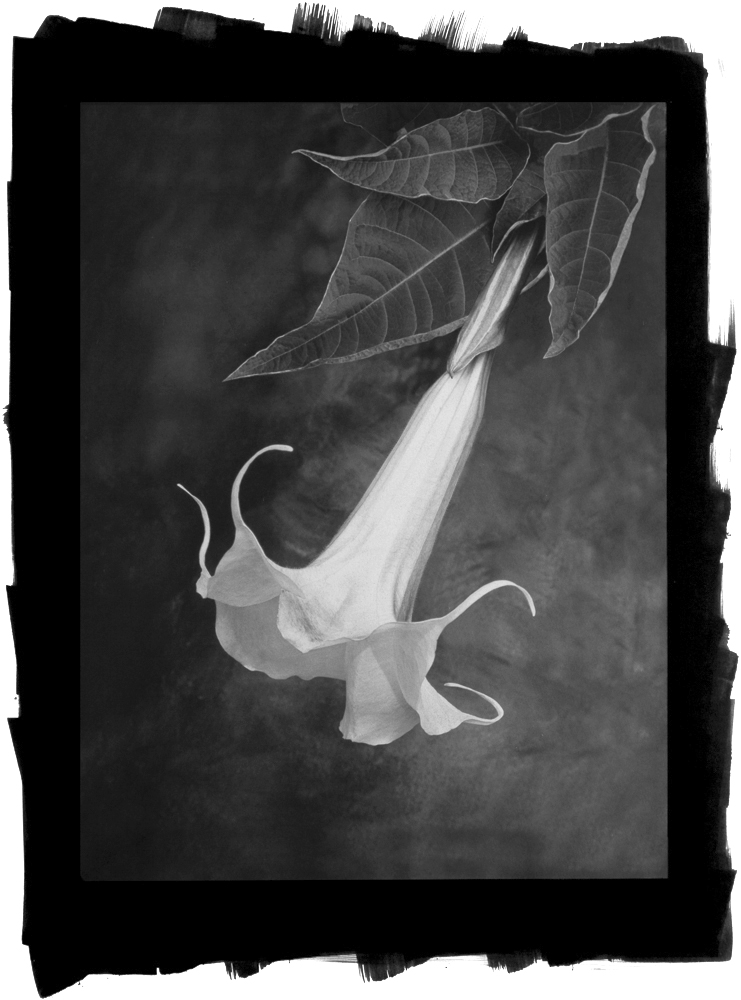 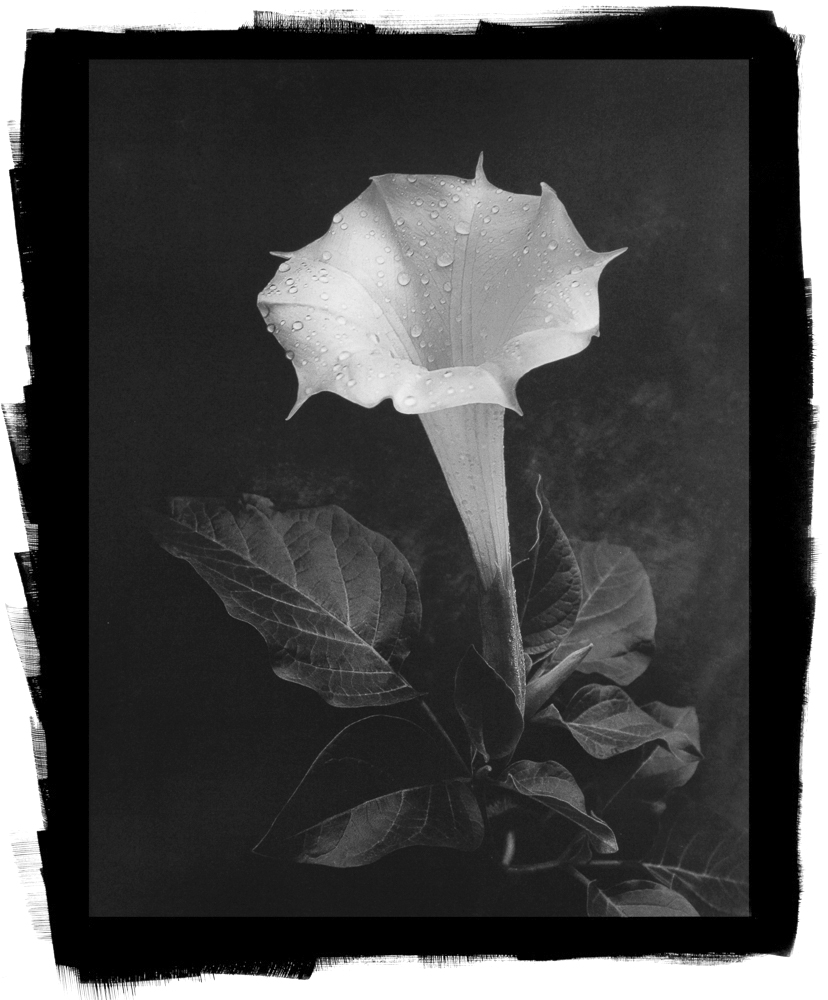 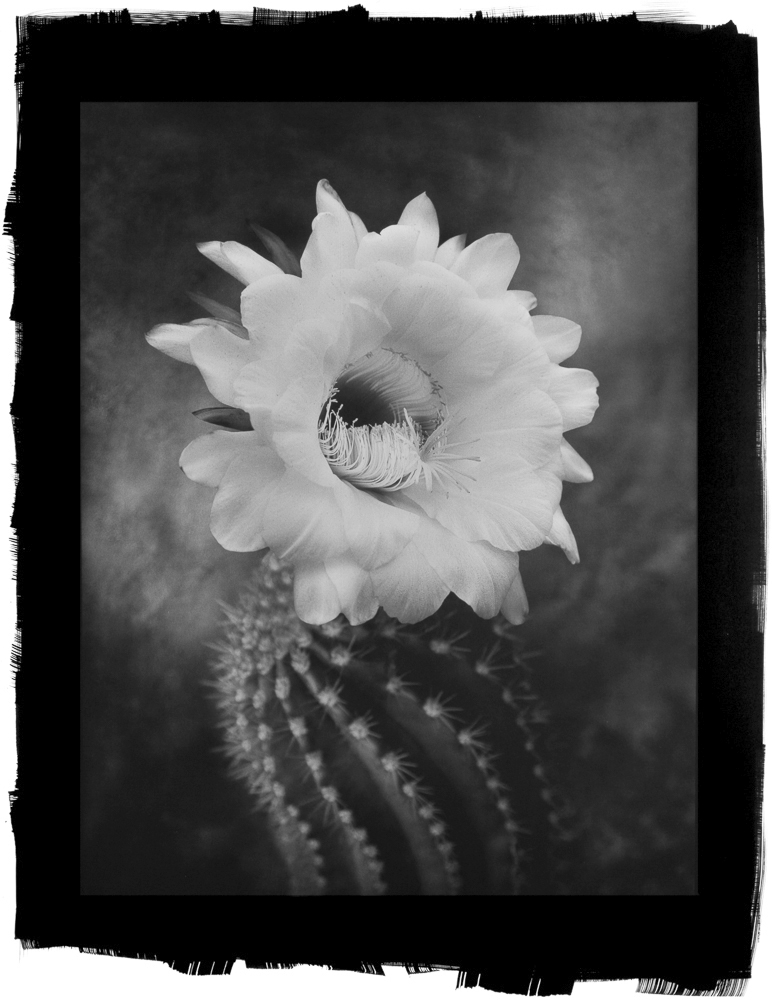 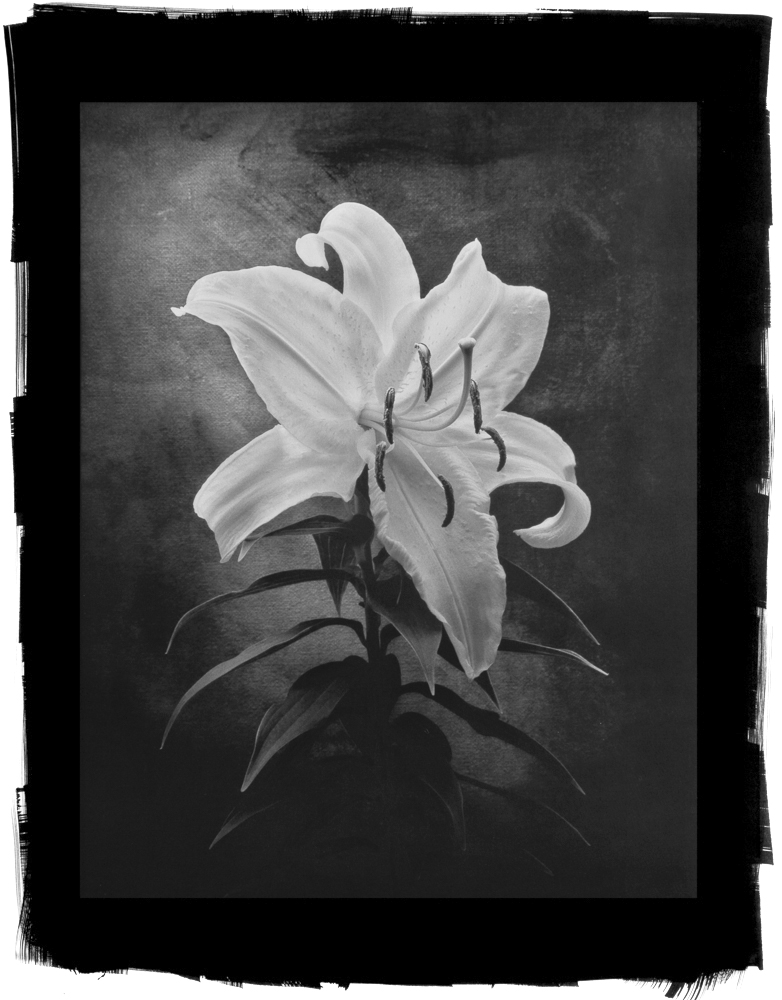 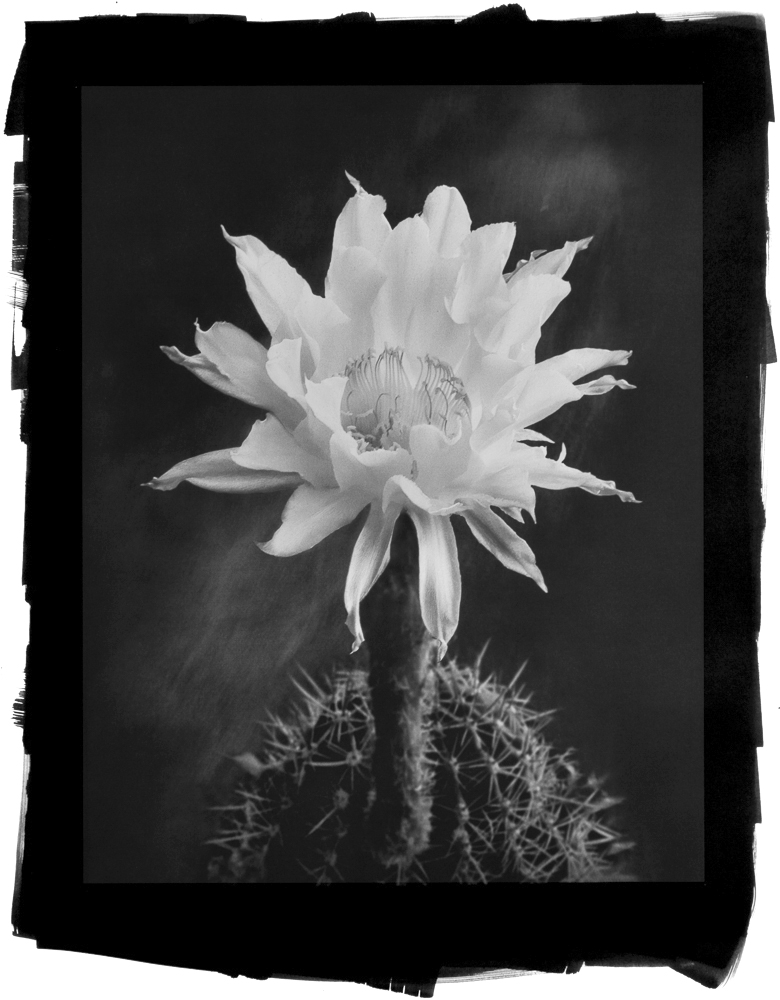 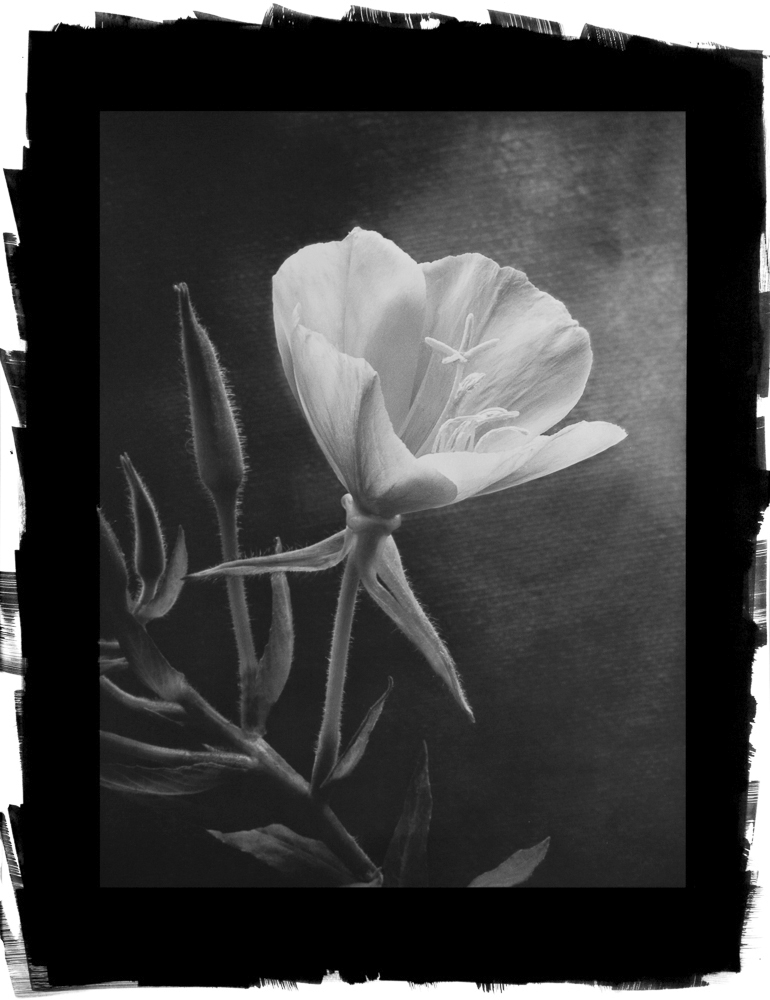 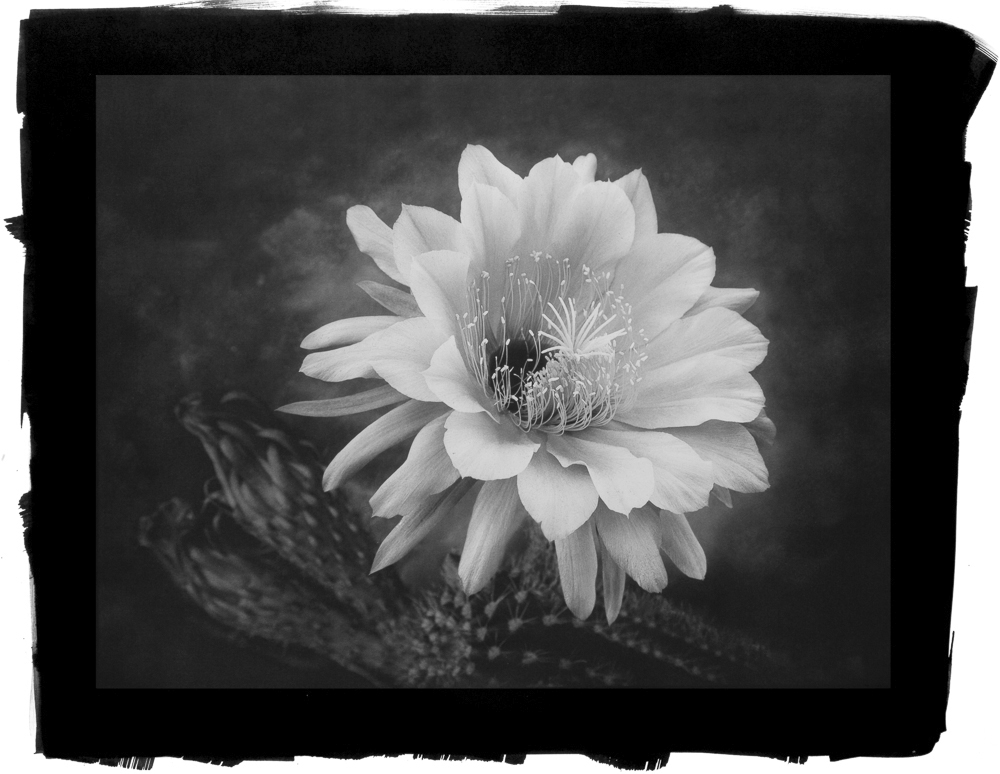 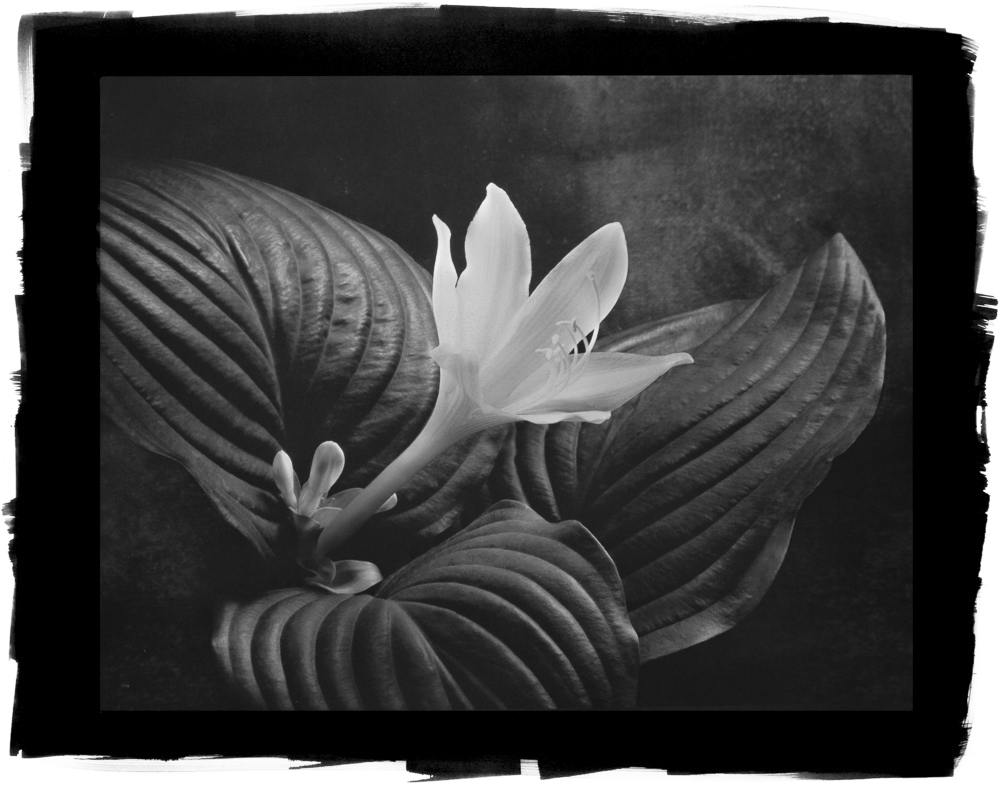 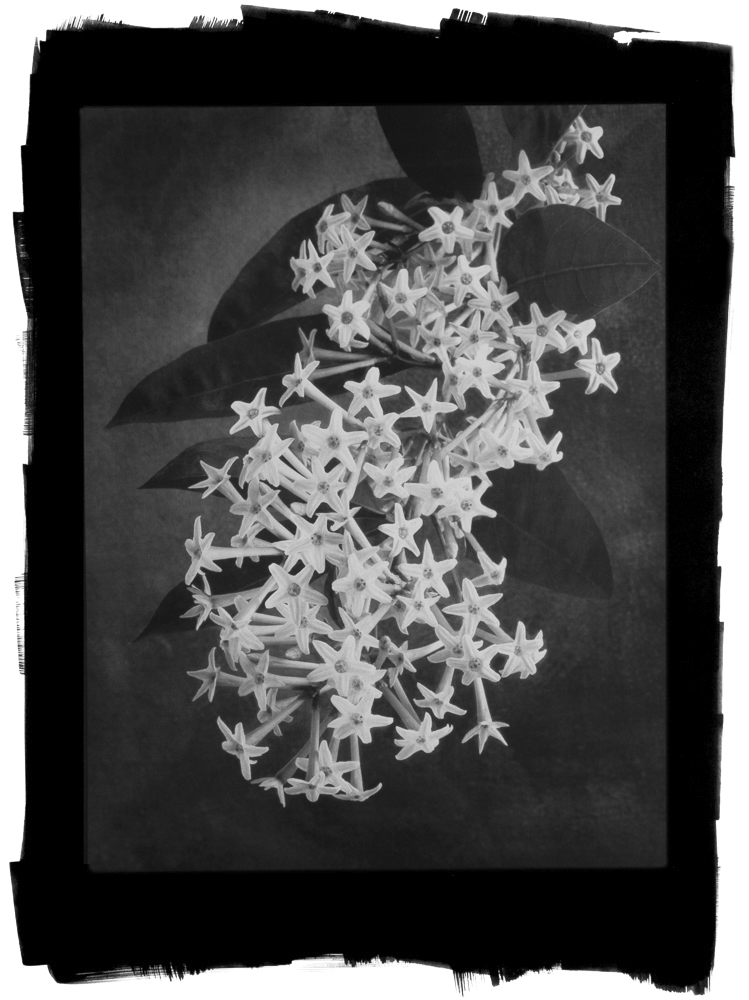 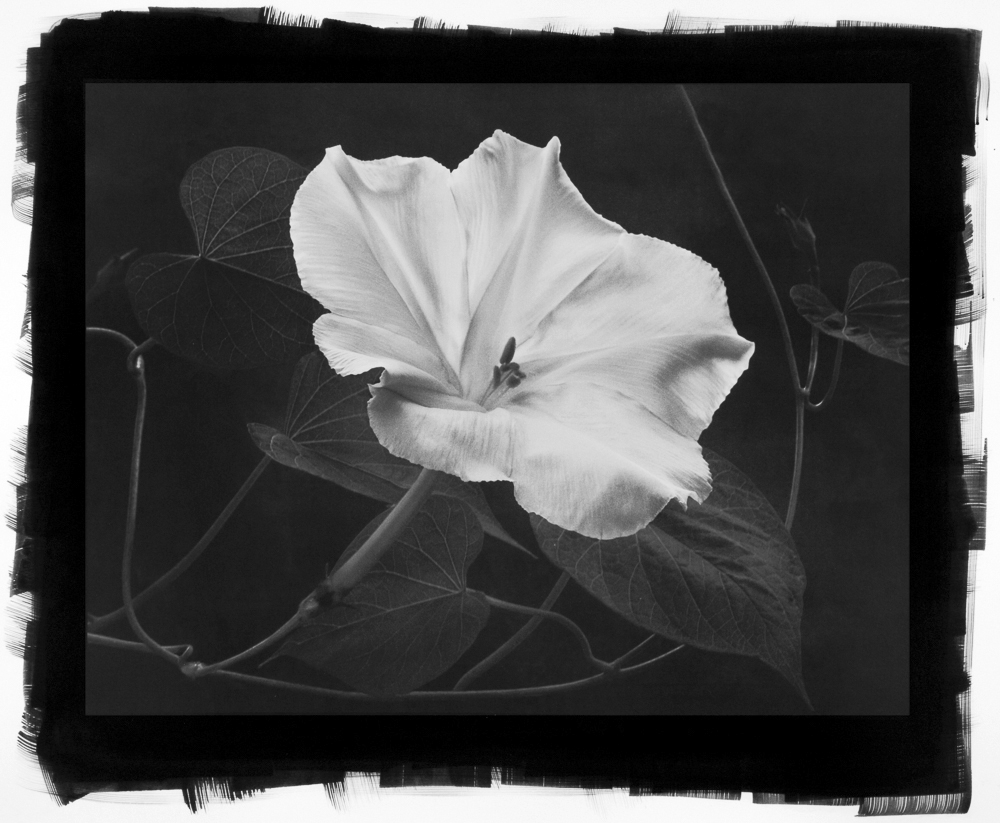 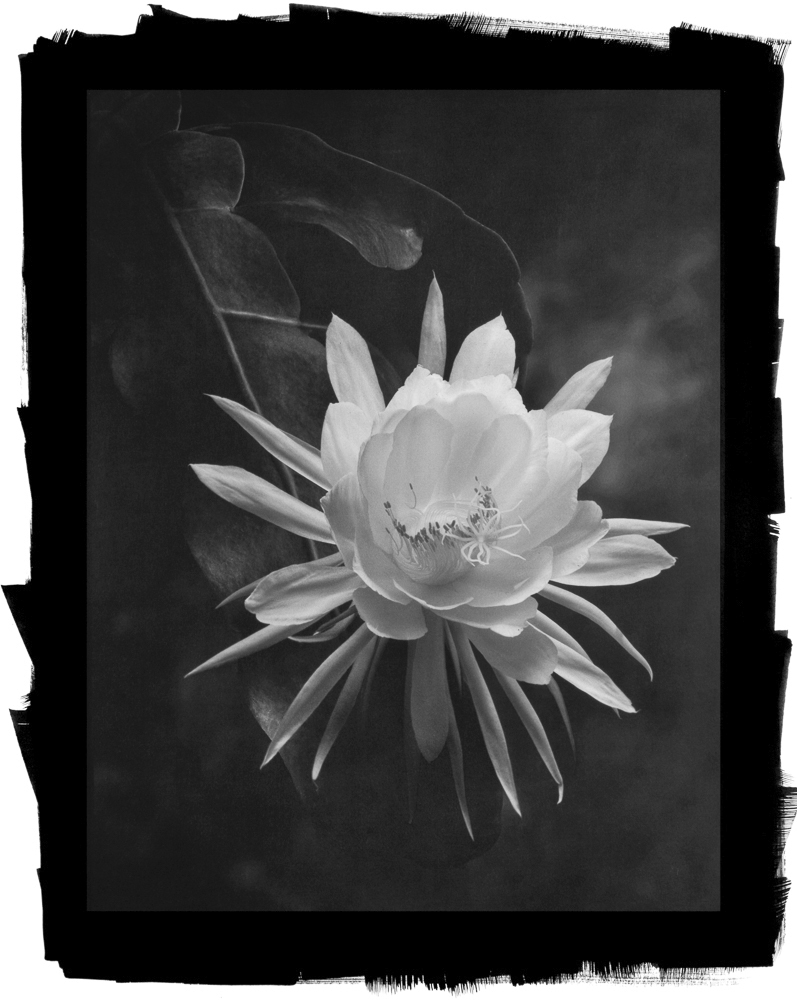 Queen of the Night by Cy DeCosse 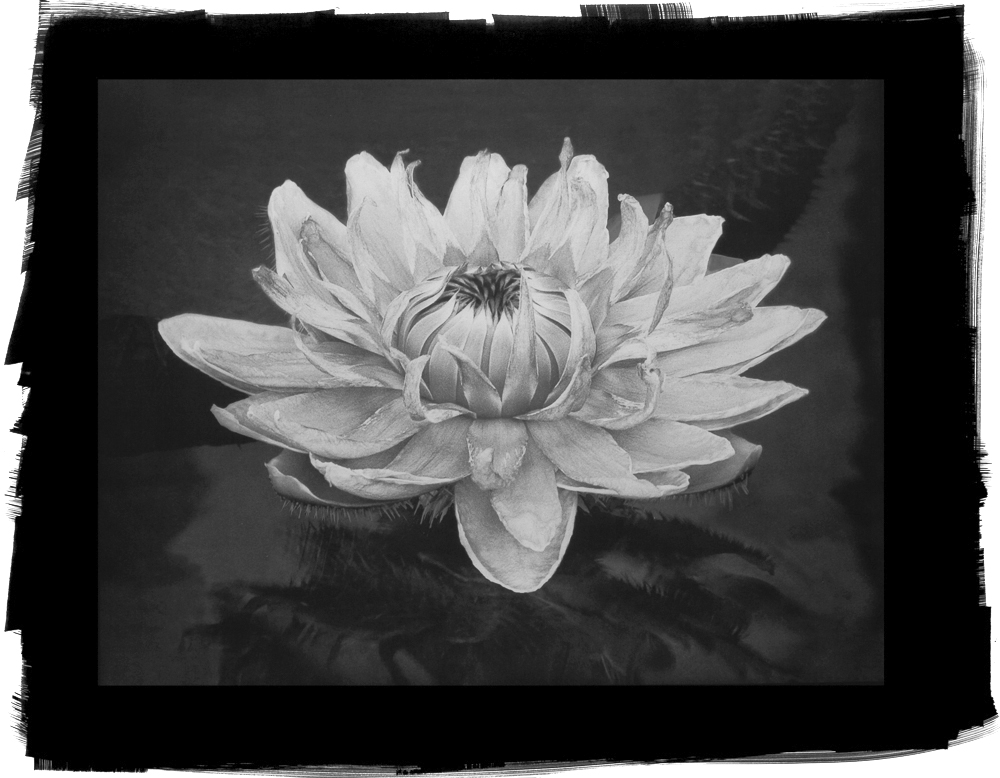 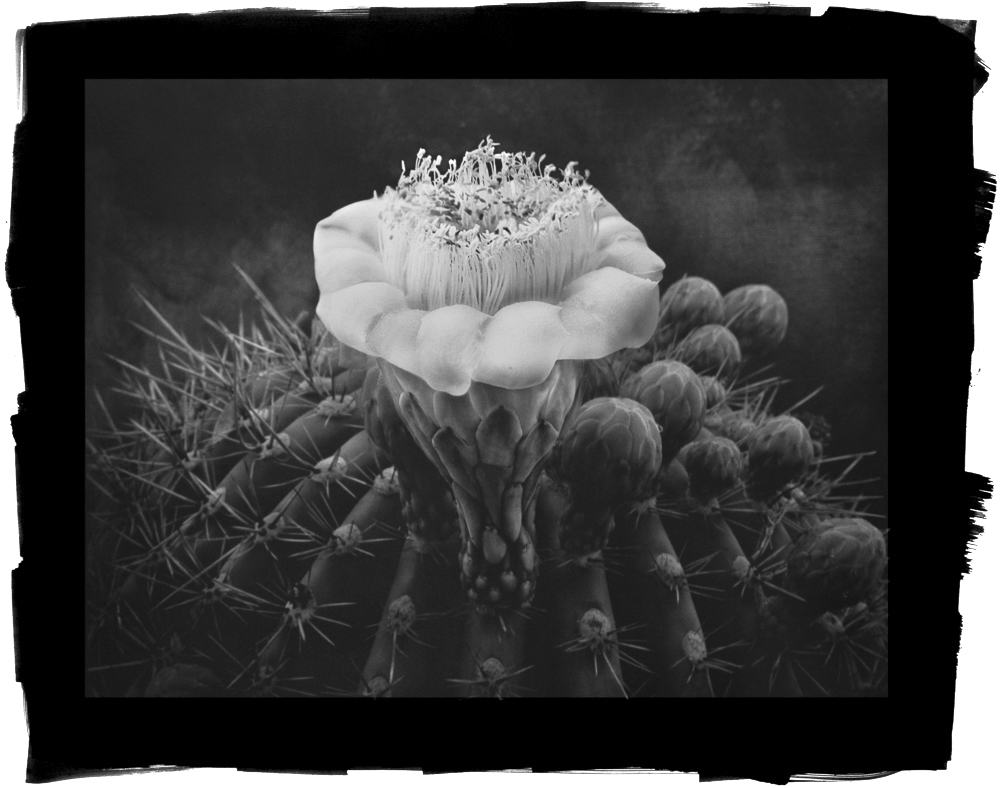 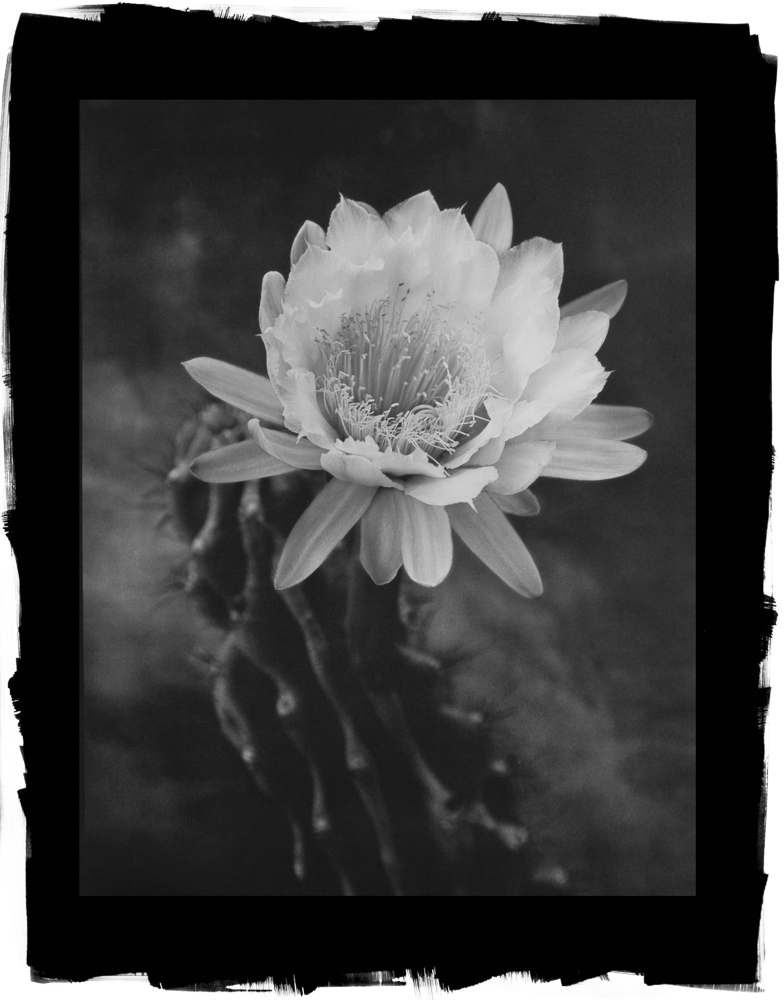 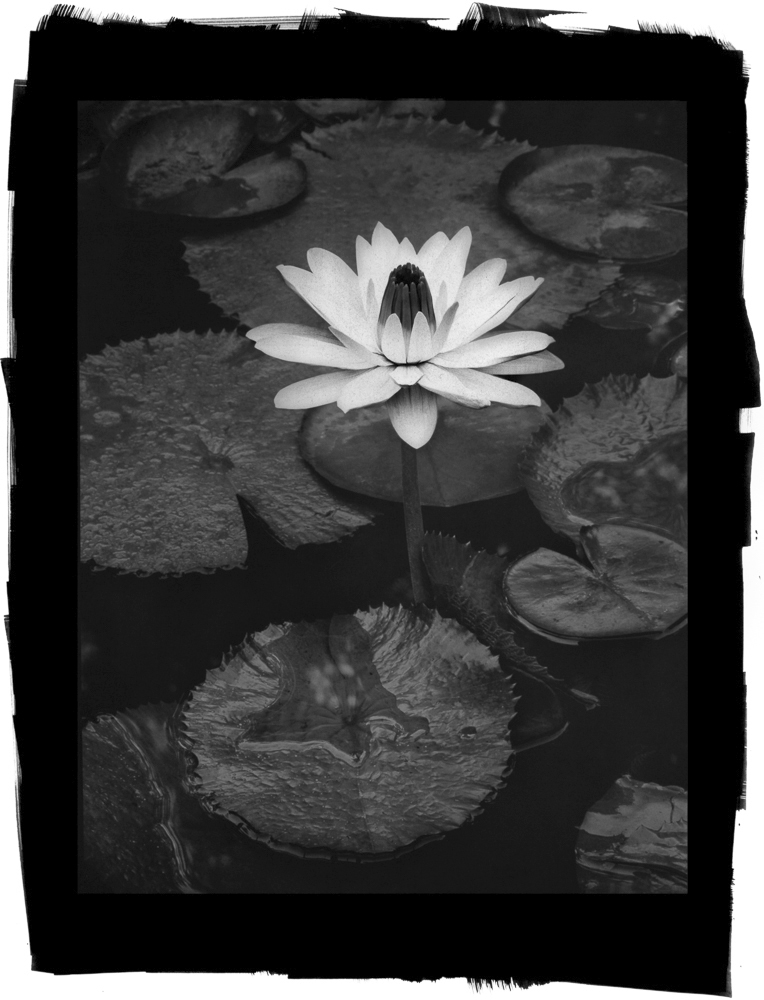 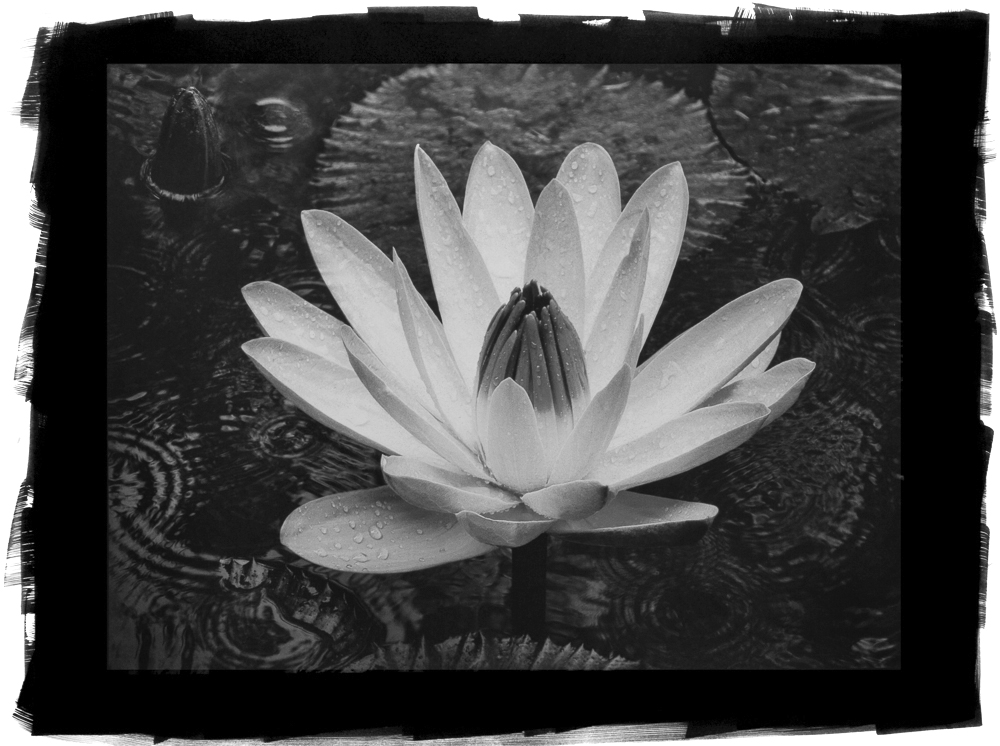 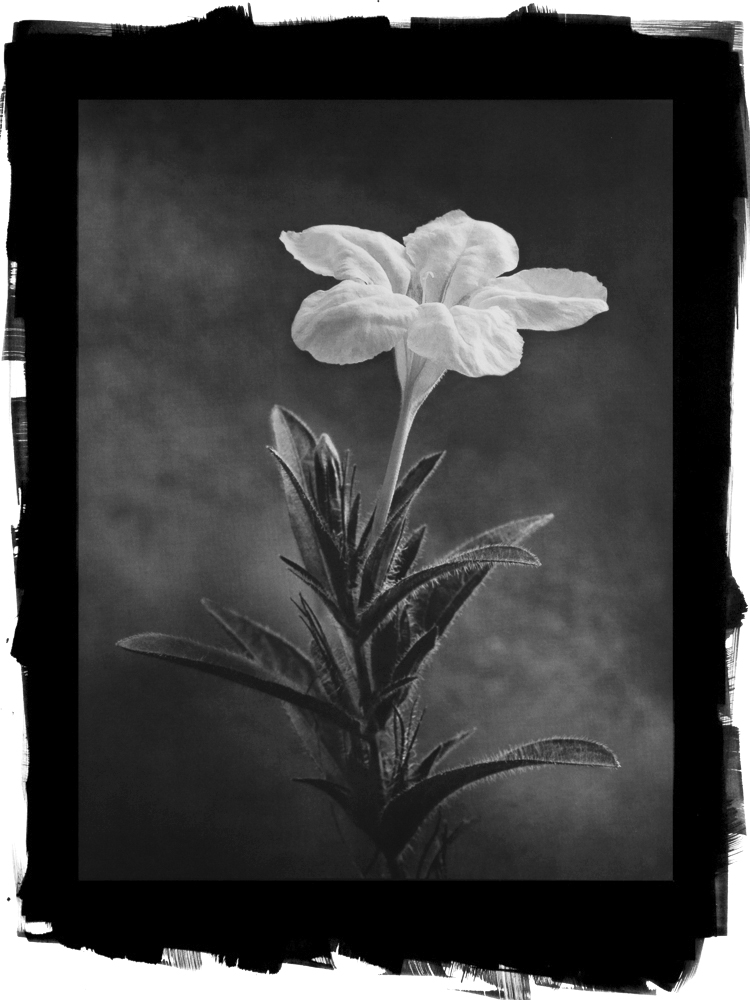